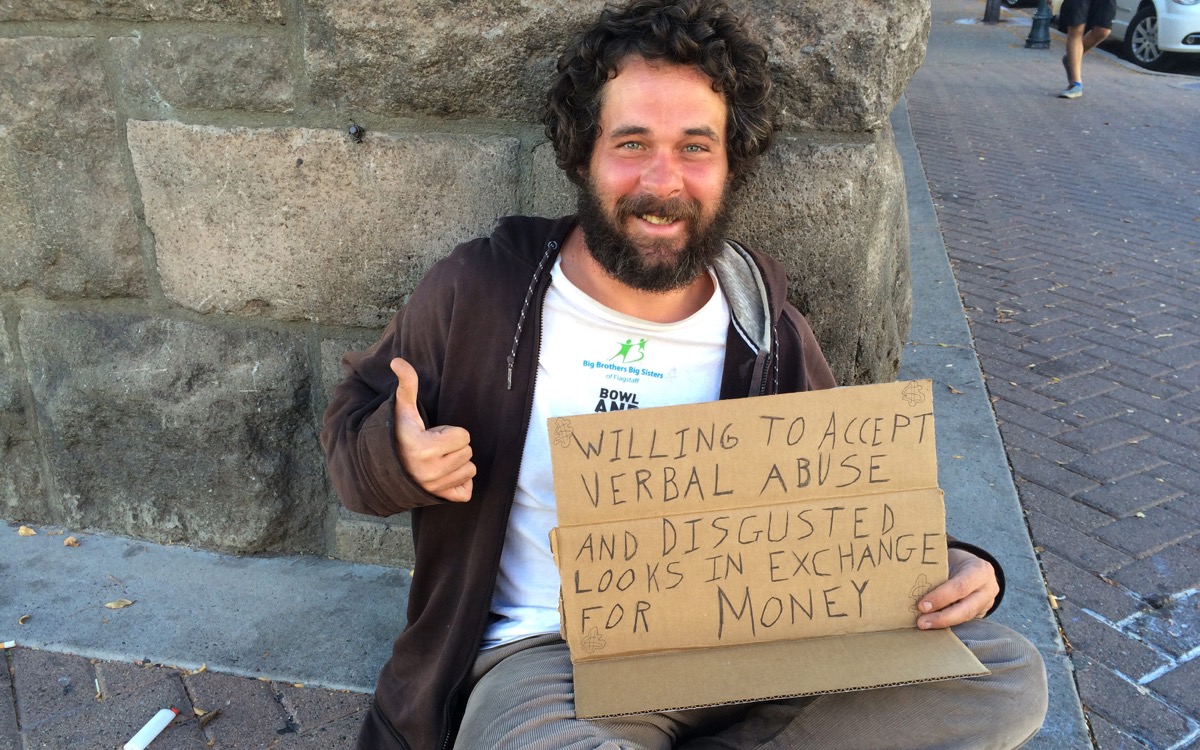 I always thought the adage ‘a friend in need, is a friend indeed‘ was a bit erroneous. It struck me that a friend who would come to you in your time of need would in fact be the friend indeed, as opposed to your buddy who always needed a ride to their job at the gravel yard or whatever. (I used a job at a gravel yard as an example, because what their job produces is considerably more worthless in trade than say, that of a candy factory.)

Anyway, marginally incorrect colloquialisms aside, this happens to be on my brain because in recent weeks I’ve been taken care of by friends, after a fairly crappy 2015.

It was my genuine hope that 2015 would have run its course, and all of the bad vibes would have gotten worked out of the universe’s system. And then Lemmy died, and then David Bowie died, and then Alan Rickman died, and on top of that, in these first eighteen days of the new year, I’ve gotten word that four of my compatriots have been diagnosed with cancer.

Brian came though with info on one of said compatriots, which reads a bit like this;

No real good way to tell it other than shoving it out there…if you’ve not heard yet, then I’m bearing the news that Bloggy aka The Ghost of Jerry Reed aka aka Kenny Klatte of the Hawley-ites is having some tough times in the Carolinas.

Kenny is one of those souls that leaves a mark for the better on those he’s met. Original internets blogger, highly poetic and musical he seems to know how to put his ideas so prolific it made me feel blessed to be able to stumble over his ramblings. We were lucky to ride together and talk at times. It doesn’t seem enough.

A donation page has been put up to help out his family as they’ve been battling his cancer resulting in Kenny now being in hospice. Please read over the story in the donation page and if you find the time and money, please give; 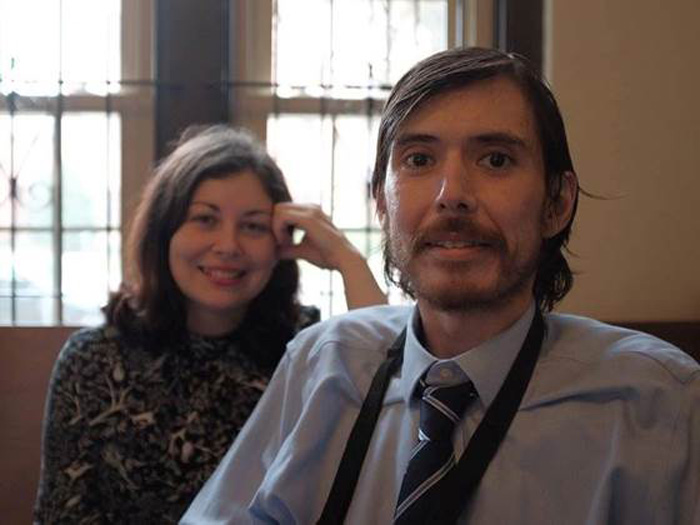 One of my favorite Ghost of Jerry Reed posts.

I had no idea that things were as dire as they were, because primarily my head spends most of its time tucked firmly up into my posterior. Certainly if Kenny’s words have in any way touched or influenced you, I encourage you to assist him and his family.

Likewise, back here on this coast, I caught wind that Tim ‘Masi Guy’ Jackson recently got waxed by a car and has wound up with a myriad of injuries; 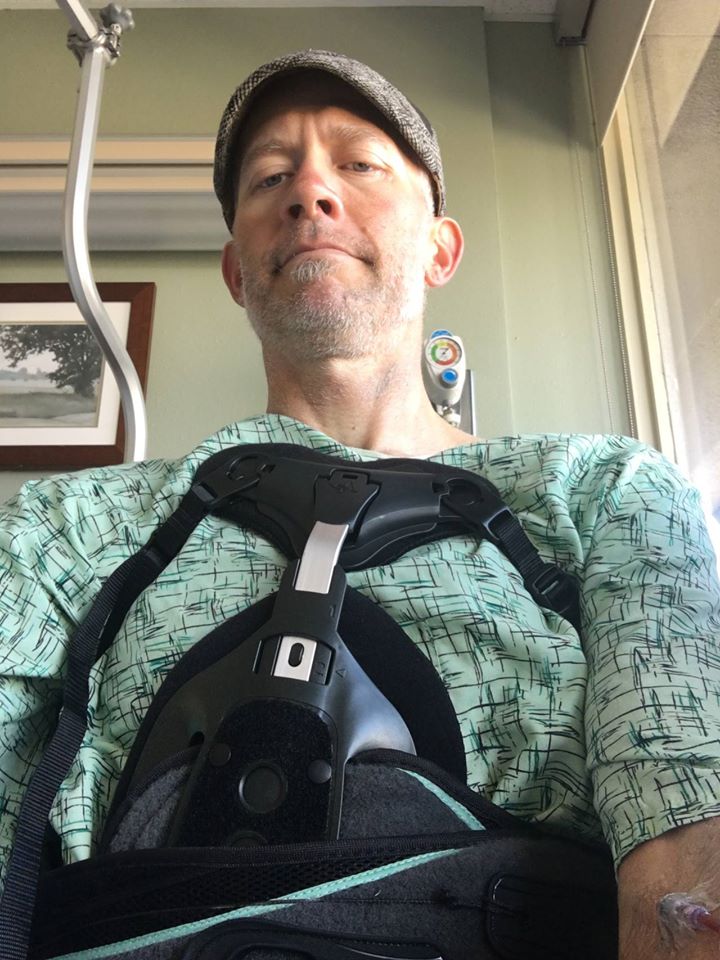 Not the least of which is a broken pelvis.

Before I knew the extend of the damage I asked if he crashed taking pictures of himself, because, seriously- in that regard the guy is like a 14 year old Japanese girl; 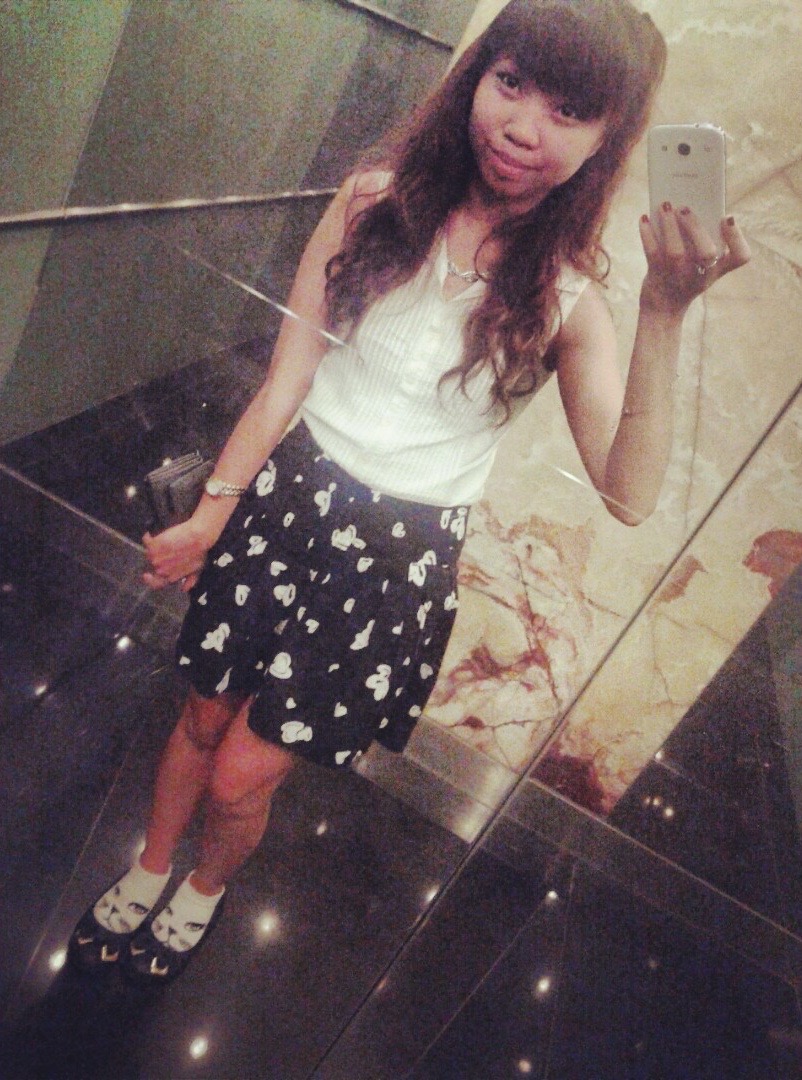 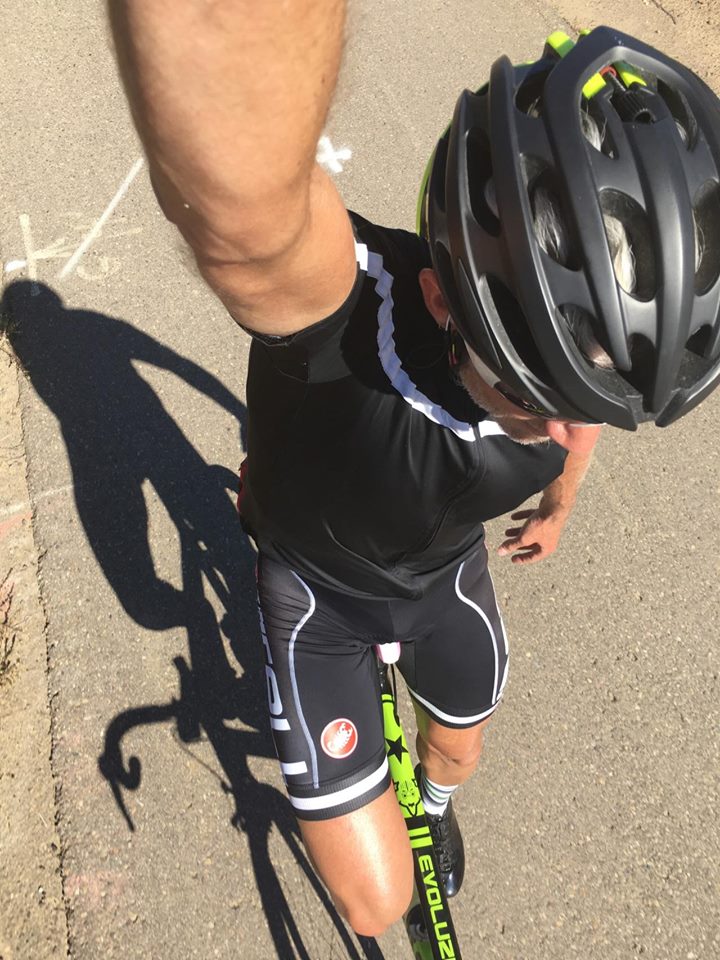 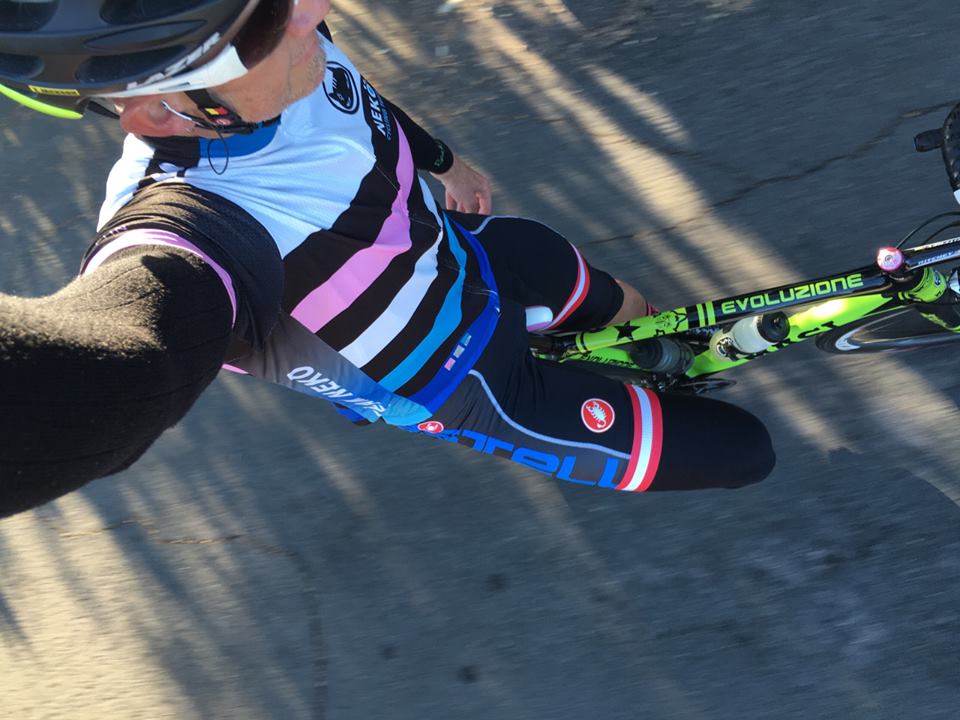 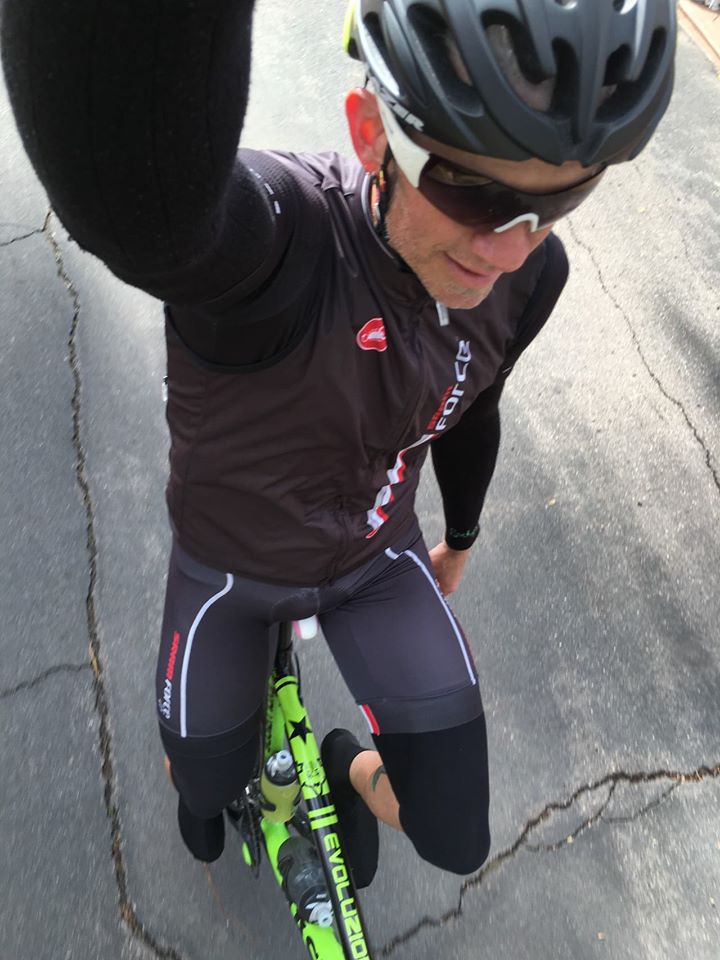 Of course upon getting the facts I felt like a bigger asshole than usual, which is par for the course.

So anyway, obviously dude is out of work, and his family can use the help. If you have a chunk to toss to ether Kenny or Tim, I’m sure both they and their families would appreciate it.

Plus, as an added benefit, if you donate to Tim, you can do what I did and add your name to the list as ‘Harry Baals‘.

Or pick your favorite;

It’ll keep you feeling responsible, while appropriately immature at the same time.

Never wanting to be outdone, old Cush from Dirt Rag Magazine then came through with his own gravity inspired saga;

Yours truly from Dirt Rag checking in with two functioning huntin’ pecker typing digits. Luckily we just shipped Issue 189 because it’s gonna be slow going for four weeks or so. I was concerned there for a bit that I might have to toss the keys to making Issue 190 in your lap.

Last week we had here what we call hero snow, a light dusting of white Velcro and of course on a section of rocky singletrack at Emmaus, PA’s South Mountain I found the only ice patch in the trail system. Last minute braking, I slid right and whacked my head real good on a boulder but the real damage was wedging my front tire in some rocks (I think) and coming to a violent stop with my hands still in breaking position (pun intended). The sensitive crotch area between my thumbs and index fingers took the full blow and kept me from going over the bars. Let me tell you, it felt like getting kicked in the hand nuts.

After having to walk out due to feeling a little nausea and dizziness from the head slap, a hand-balls punch and unable to hold onto my bike’s grips I went to the doctor the next day. X-Rays indicated two broken hands and casts from a specialist. Fear sunk in and I got really drunk. Luckily the next day the specialist deemed only my left broken at the base of the thumb so a full cast there and a removable brace for the left to help speed tissue damage healing.

When your livelihood relies on your pecking ability injuries to hands and tactical members can be unnerving. So that’s my start to the year; 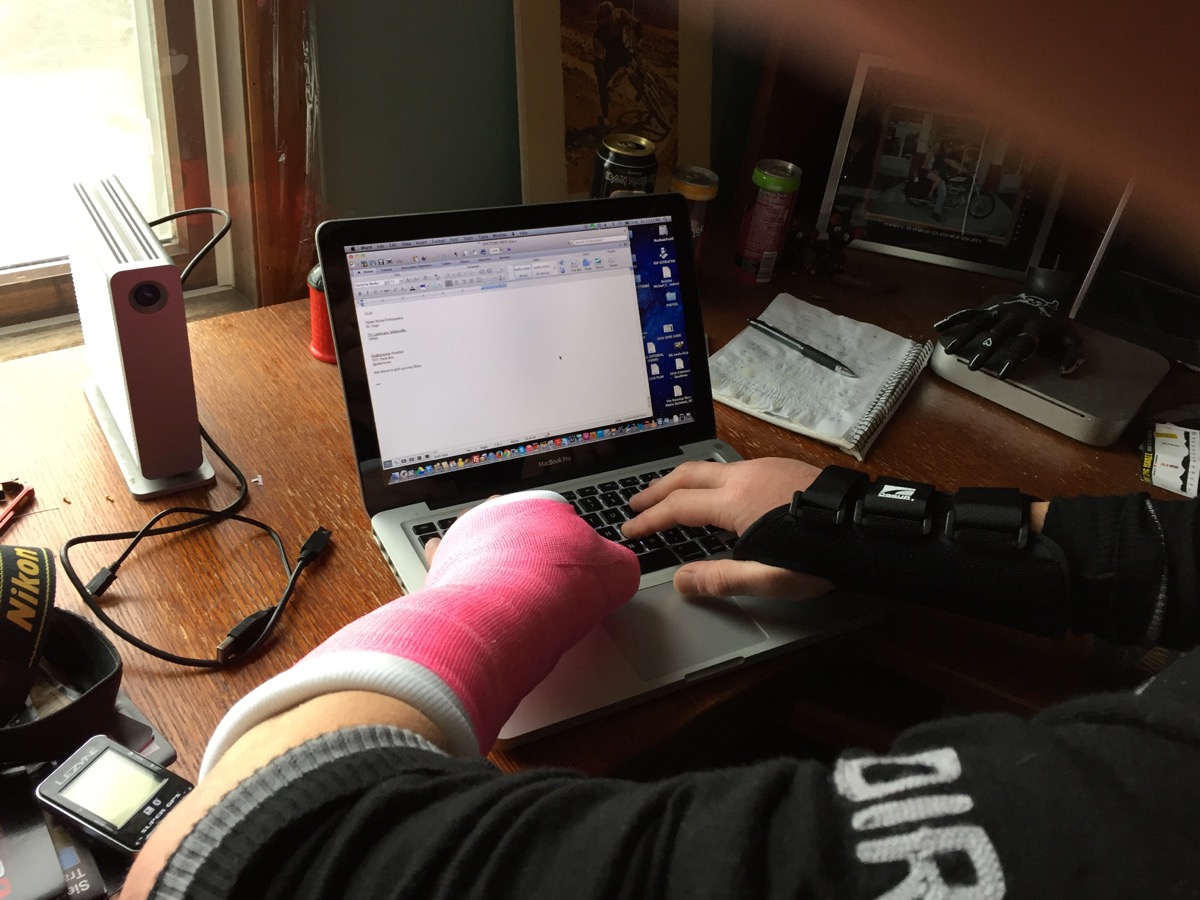 Cheers to your crappy 2015 in the rear view mirror.

This comes (kinda) on the heels of a motorcycle crash I guess about two years ago where he banjaxed up both of his legs real bad.

Is the universe trying to tell us something?

Are we all coming to an age where we have to not only recognize our own mortality, but face it head on? Should we make collective adjustments in how we operate so that we’re no longer moving about like an immortal twenty year old? (That is of course unless the person who happens to be reading these words is in fact an immortal twenty year old, in which case, carry on.)

Should we all hold up in the basement and just focus on building model cars?

Here’s my checklist for the AHTBM nerd off: 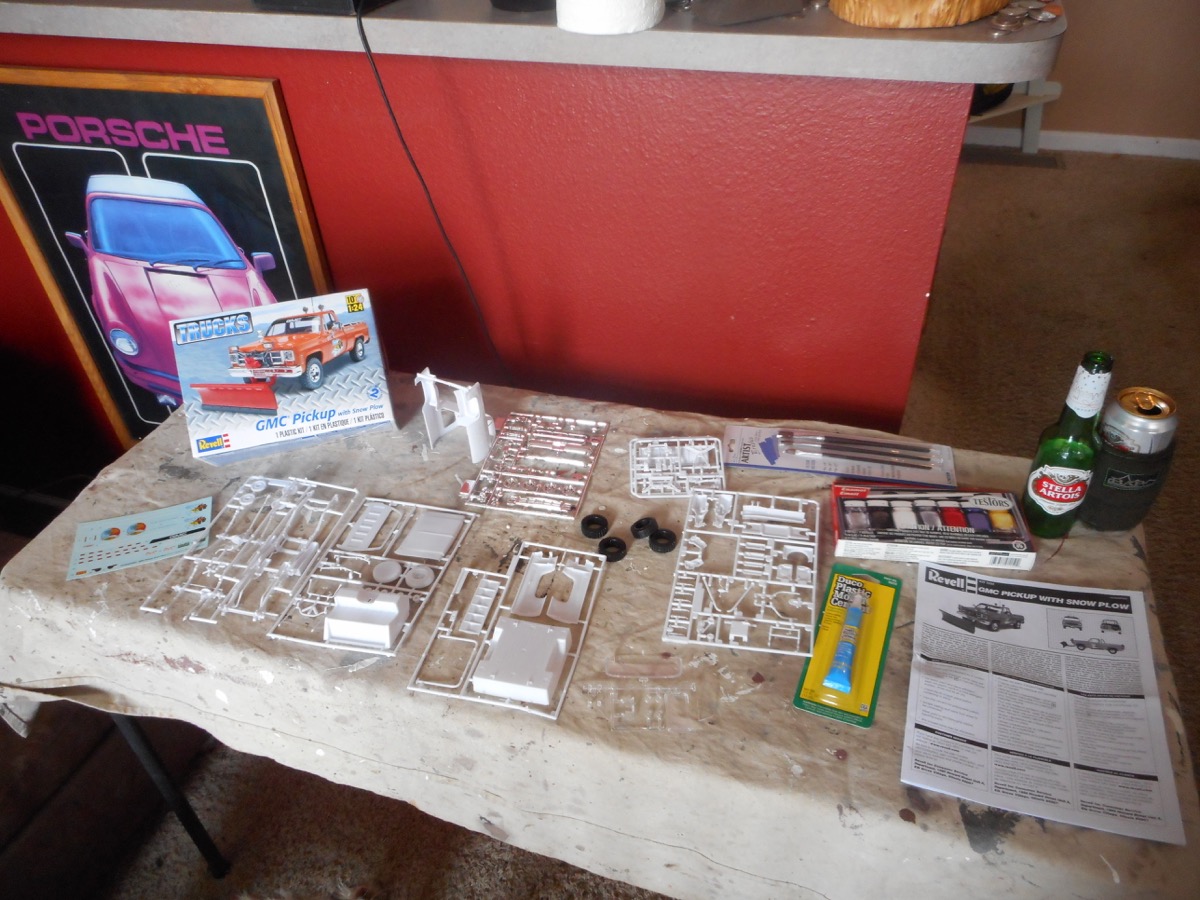 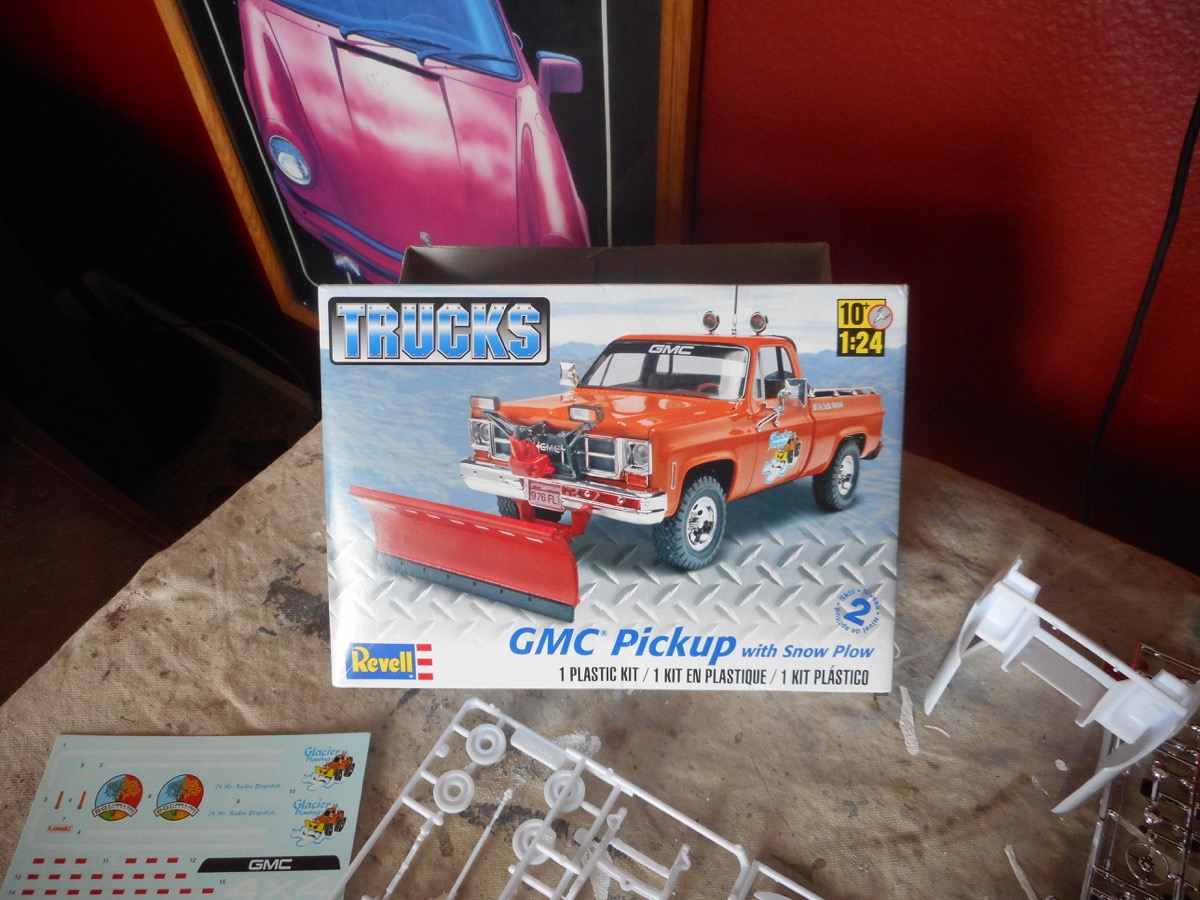 Yeah, I think I got my bases covered.

That thing’s super bad ass. Way back a week and a half ago when I was up to my neck in tiny radiator hoses and stuff, I thought to myself, “self, what you really need to find is a Colt Seavers truck model kit“;

(Which I was unable to find previously, but did quite easily today.)

Anyway, in my search, I came across this guy who while making his own, takes OCD to a whole new level; 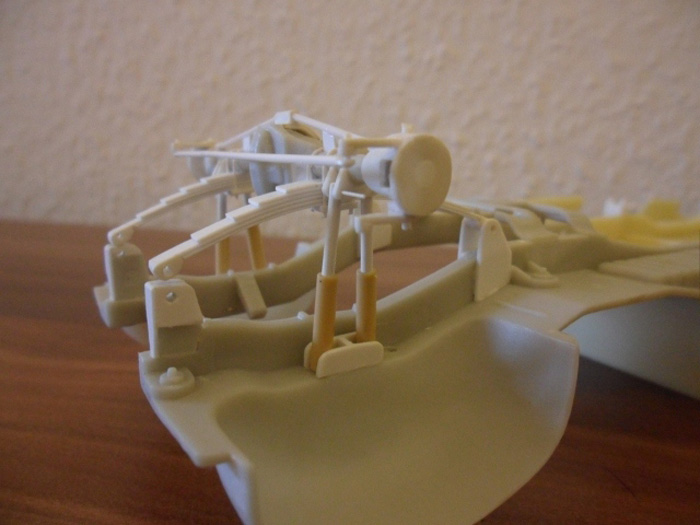 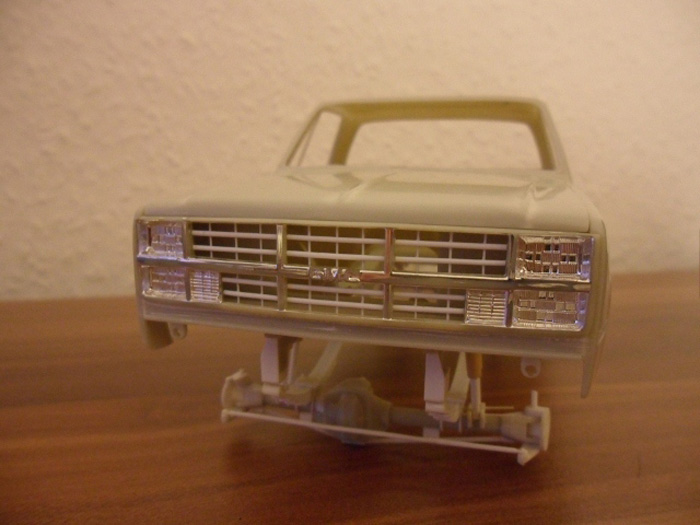 Certainly, I guess I could go ahead and fabricate myself my very own Fall Guy truck out of random small parts and various other bits from other model kits. Sitting cross-eyed in the basement, whittling, sanding, inspecting, and repeating, but were that to occur, the level of therapy I’d clearly be in need of, would gain me no friends indeed.

8 Responses to “A friend in need.”