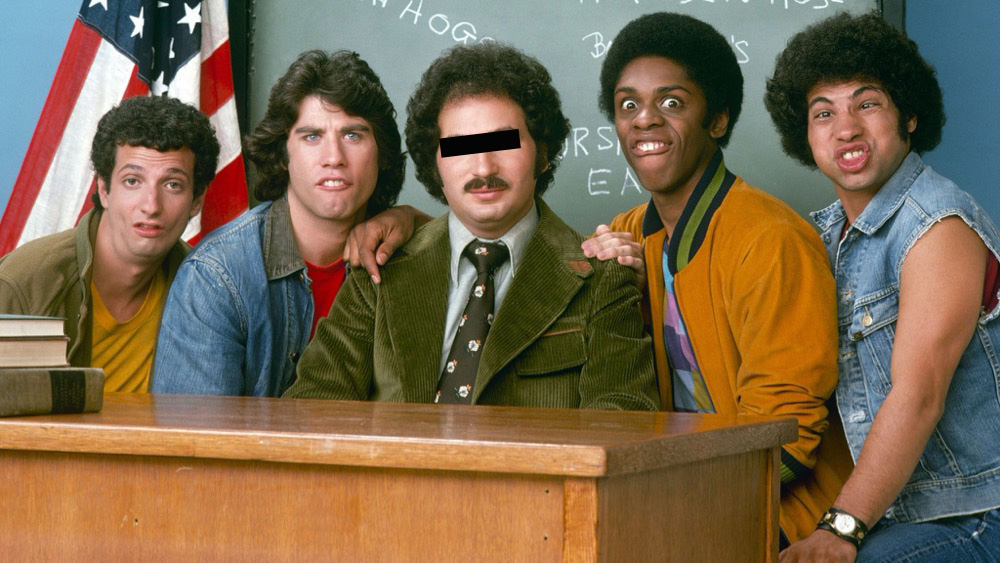 Hey there. How does all of this grab you? It’s a brand new year and we’re all mostly still alive.

Except Lemmy, bless his soul. But then again, really the only emotion I feel about the passing of someone who literally lived their entire existence at a million miles an hour is jealousy;

I do hope everyone had nice holidays, and are feeling recharged. I totally did except for the recharged part but beggars can’t be choosers.

So the other day I briefly mentioned that we were about to kick off an AHTBM model car building competition.

This will be not a lot unlike the Great Hot Dog Challenge, but with considerably more paint huffing.

Why, I even went so far as to make a crappy flyer;

In my camp, I’ve already begun on a dizzying descent of trolling all the best model building and special effects forums in an attempt at finding out the most efficient way to fabricate a miniature set of Truck Nutz. Besides that, I’ve also been doing my fare share of bleeding; 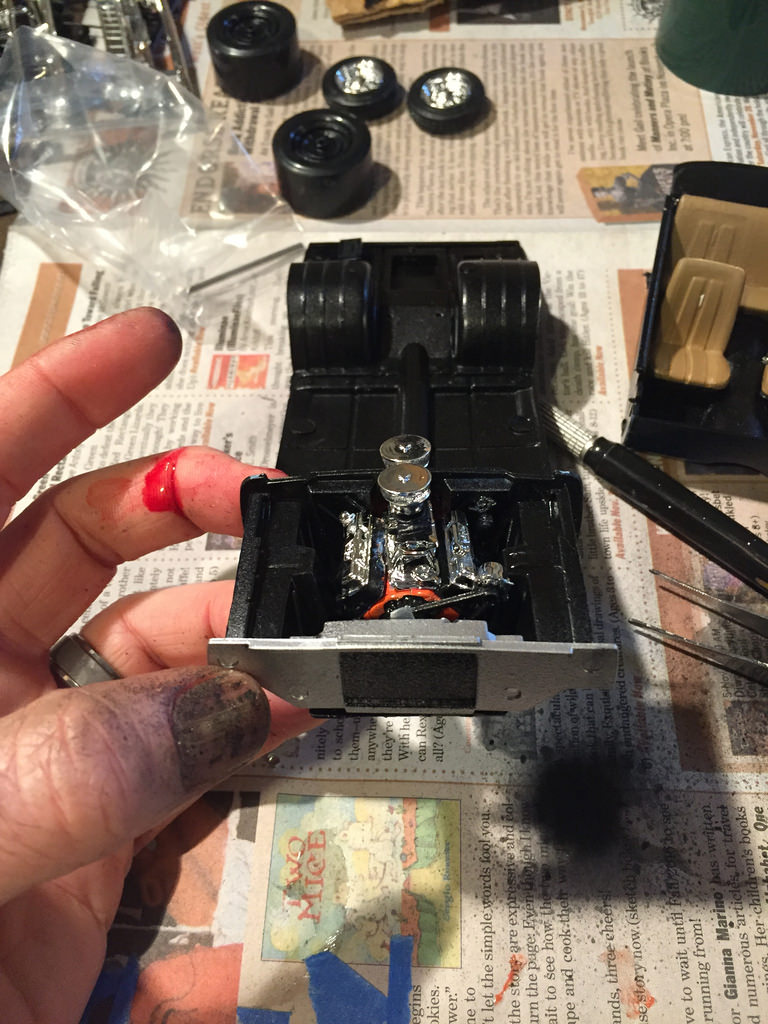 And also being cross-eyed; 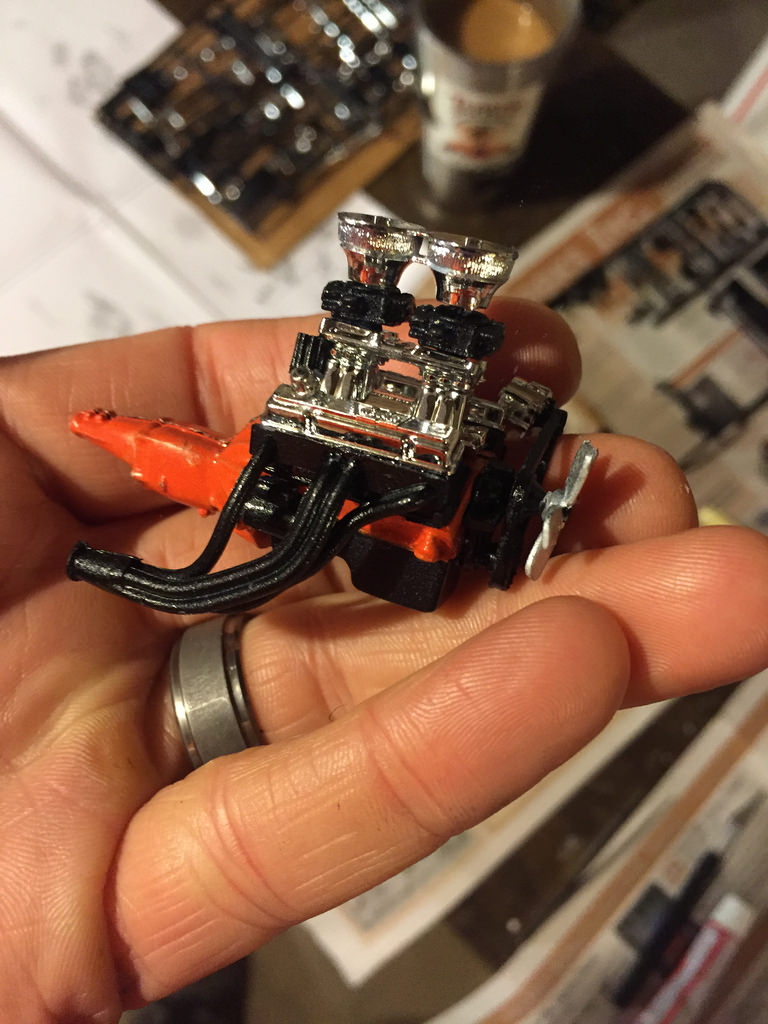 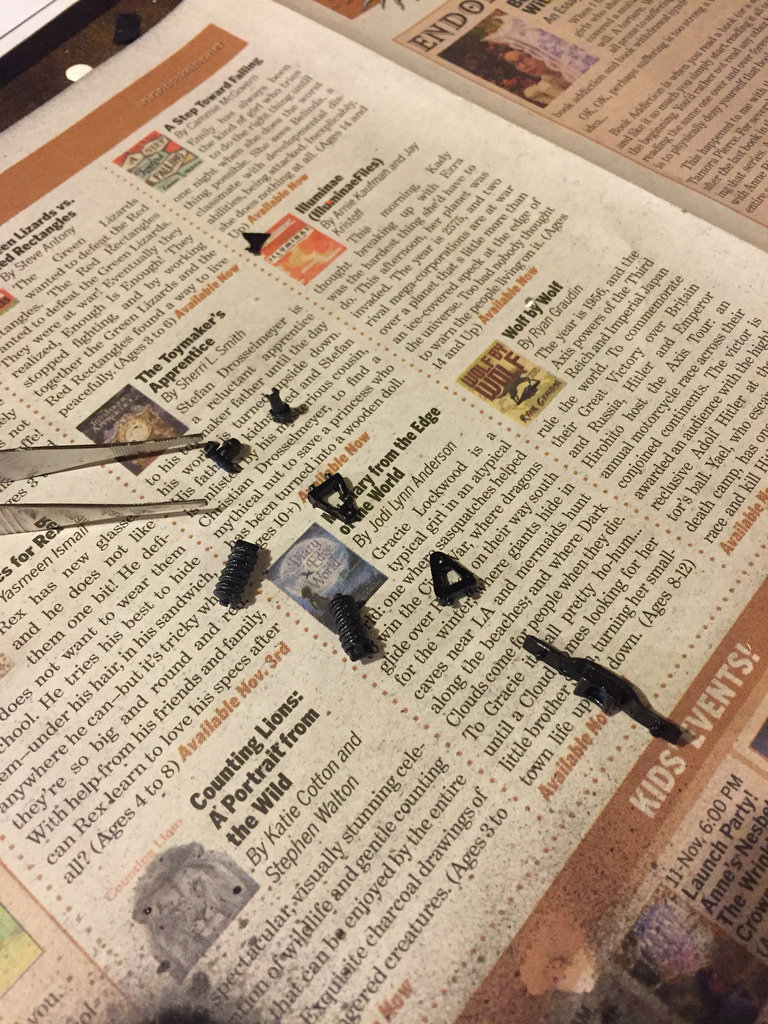 I’ve built model cars in the past, but I have no recollection of any of them being this complex.

Secondly, and in a bit of a fractured point- About ten years ago I got fed up with cyclists, and artists. Two overwhelmingly huge components in my life that at the time anyway, was populated with, for the lack of a better word, total shitheads. Upon waking up one day I decided that I was going to temporarily shelve both art and bikes and just build model cars and do karate.

I built one car and didn’t take any karate classes, which was probably for the best because clearly my discipline leaves quite a bit to be desired. But in this day and age of rapid fire information exchange, as well as short attention span everything, this process has given me a focus and an almost meditative outlet that apparently I was sorely needing.

Anyway, if you’d like to get in on it, all you gotta do is go to the hobby store, drop about twenty-five bucks, and break out the card table and clip on lamp. May the best competitor win.

Moving along- I’ve posted this next clip on here before but it still stands as one of my favorites;
https://www.youtube.com/watch?v=Bq1Pxl39ncY
Strangely, Chris released this video on his own channel this past summer, though within the day it was removed and never reposted. I’m not sure if there was perhaps some questionable legality regarding the trails that they were on or what the deal was, but I certainly am glad some Russian bloke was able to snag a duplicate before it went away.

Now then… Here’s a very exciting bit of news- For the next six month, (give or take), I’m going to be making various limited runs of All Hail The Black Market t-shirts featuring some of the wildly(ish) popular sticker slogans. For just eighteen dollars, you can get your own black shirt with marginally offensive wordage printed on it.

The first of the series will be this here universal truth;

They will look something like the mockup depicted, and will begin shipping sometime around the beginning of February.

The reason for the pre-order is three fold. One is that so that people who want a shirt can get a shirt, and I don’t wind up with boxes of shirts sitting around waiting for a happy home. The second part is that over the years, I’ve received approximately ten thousand requests to do it, and the third is because I met a fella who made the generous offer to do short runs of shirts for me, and I thought this seemed like a perfectly reasonable response to the opportunity.

So for those who are interested, all you gotta do is click here. And for those with limited reading comprehension, as I said in the store, as well as in the wordage above, this is a pre-order, which I will place with my screen printer on the 25th. At that time, I will swap this shirt out with the next one and begin the process all over again.

Now, with today’s curtain beginning to fall, for no reason in particular might I direct your attention to Algiers;

Maybe it’s your cup of tea, or perhaps it isn’t. If the former is true, bathe in them sounds.

You’ll be better for it.

I would also like to take the opportunity here at the head of 2016 to humbly thank everyone reading these words for the continued support here on the All Hail The Black Market web project. This of course goes for people who come here to read, and take part in the community that is, but certainly the people who order product, which helps me keep the lights on. I also have to offer thanks to the advertisers, a great many of whom have believed in this thing and what I do from the very start. Their support is an intergral part of the foundation, and to them I owe a tremendous debt of gratitude.

Today marks the sixth year and fourth month of the AHTBM’s existence, which is about six years and three months longer than I could have ever hoped for it to be.

Here’s to at the minimum, another seven months months and twenty days. Does August 24th 2009 to August 20th 2016 equal six years, six months and six days? I think it does, but I need help because I don’t have enough fingers to count that high.

And here’s to a lot less of the things of which we dare not speak that have lead a great many of us through the year’s labyrinth of the bummer life.

I’m glad we’re back. It’s been said that our dreams were our ticket out*, but I’d rather be nowhere else than right here.

*Random Welcome Back Kotter theme song reference, that unless you are me, won’t get.”*

6 Responses to “Welcome back.”