Between studying up on how to survive shingles, not completely come apart at the seams, as well as the ins and outs of how to kill, I recently threw caution to the wind, and made a purchase that I’ve been threatening to for somewhere in the neighborhood of five years.

You see, it was at the first Kona Bikes launch back in 2011 when I opted to not ride a hardtail, or a one speed, or a cross bike, but rather go out of my comfort zone and give my hosts due respect and ride a bike for which they are well known. I was reluctant, because I’ve never cared for said style of bike. Just the same, I found myself on the fond side of it, and began ruminating on the prospect of one day owning one for myself. At various launches and demo days since, I’ve ridden a number of variations of the bike, but it wasn’t until this past summer when I really fell in love and decided that when I had the cash, I’d make the leap.

Clearly this isn’t a decision I’ve taken lightly, as the time it’s taken me to commit has been longer than the time one would spend in jail for running over a cyclist. With that in mind, and a white hot credit card in hand, last week I called Kona HQ, and at long last pulled the proverbial trigger; I feel like finally after all of these years, I’m a bonafide mountainbikecycler now, and can finally ‘send it’ with my bros while wearing a flat billed cap, and talking about things we’ve read on Pinkbike.

And yeah, I even have a dropper post out there somewhere between Rock Shox and my house, so obviously I’m all in. Though I’ll be damned if I have even the vaguest notion of how to install one. Jumping in the fire feet first I reckon is the best place to start.

It’s truly a remarkable development in my history aboard two wheels, and frankly, one I never thought I’d see take place.

At the rate I’ve been going this year, it’s just a matter of time before it sends me off the side of a mountain to my certain demise.

And speaking of people who have more bikes than they have energy to maintain them, at some point while immersed in the internets, I came across this insane collection of bikes; 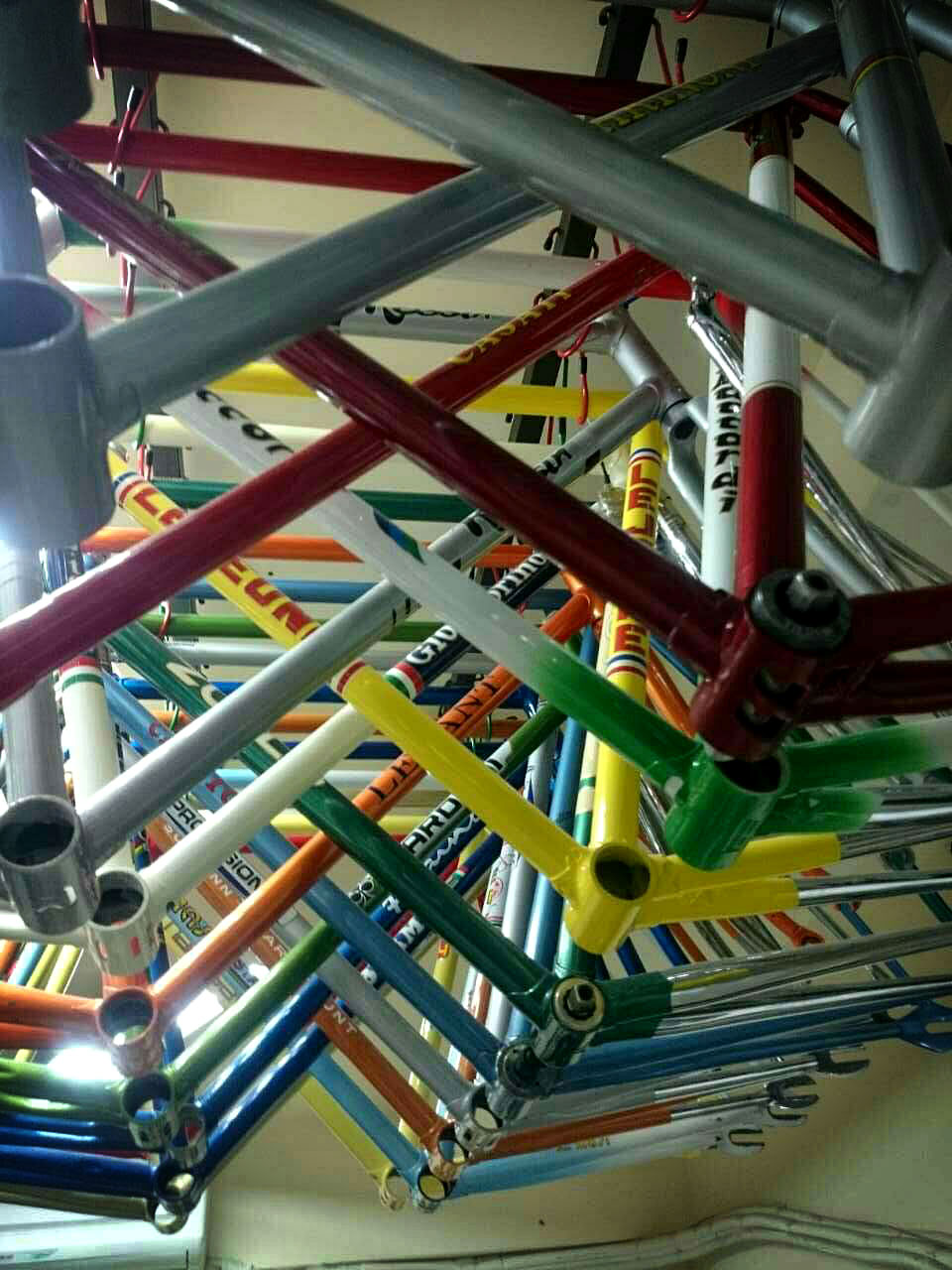 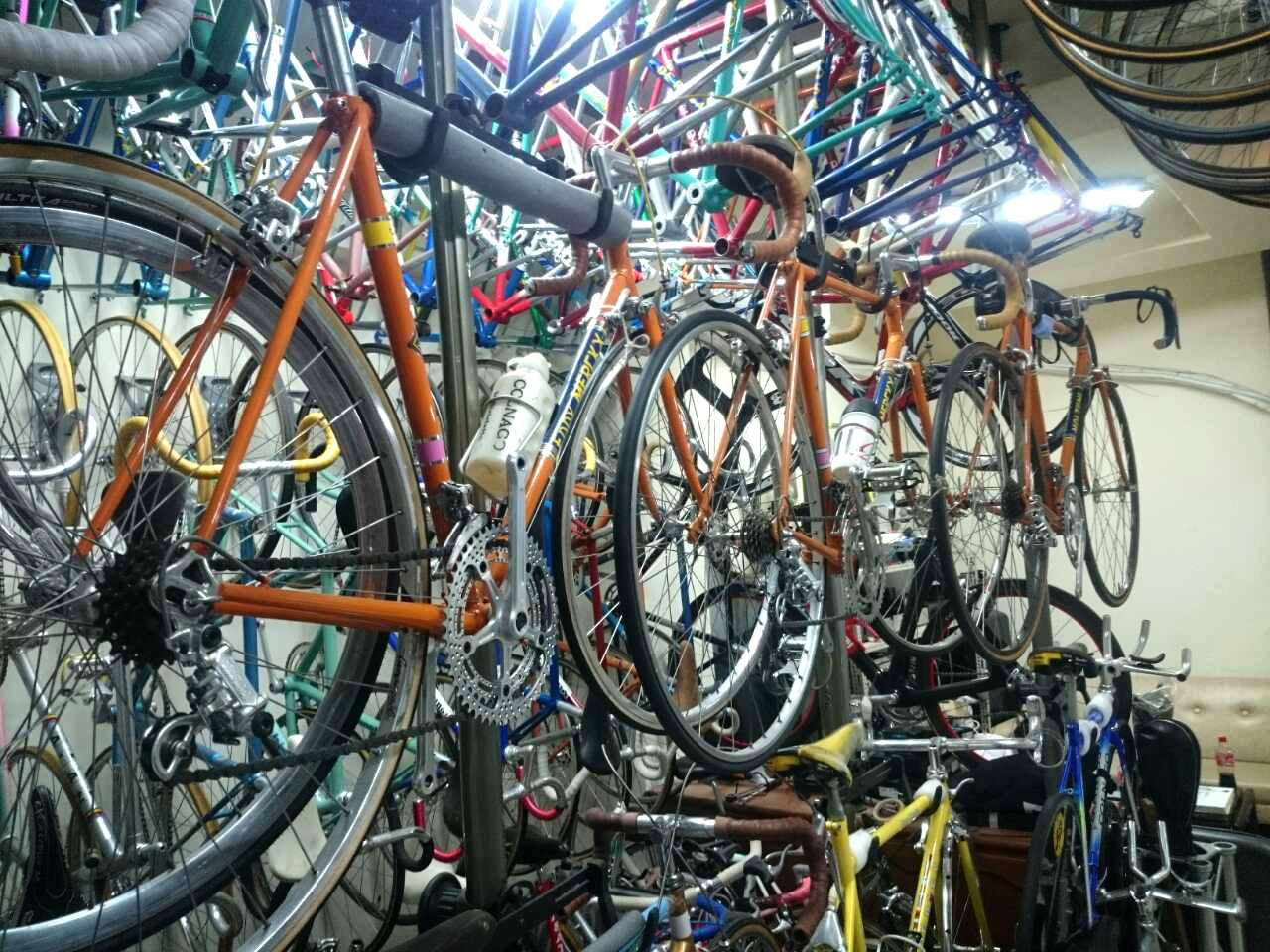 I’ve heard of similar collections (similarly, not available for public viewing) here in the states, but I’ve never seen them with my own eyeballs.

Perhaps one day when I have a lottery ticket that nets me more than two dollars, (I’m sitting on one of those bad boys right now), the prospect of outfitting a space to showcase just such a collection is a thing that very much appeals to me.

Because the only governor on dreams is you.

Moving on with today’s collection of the banal, Andy came through with a video that settles once and for all the ponderabnce regarding dads being the original hipsters;

And if there was any question; 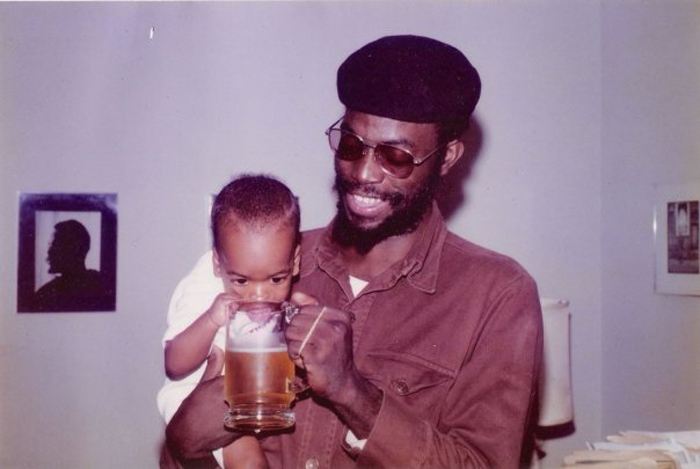 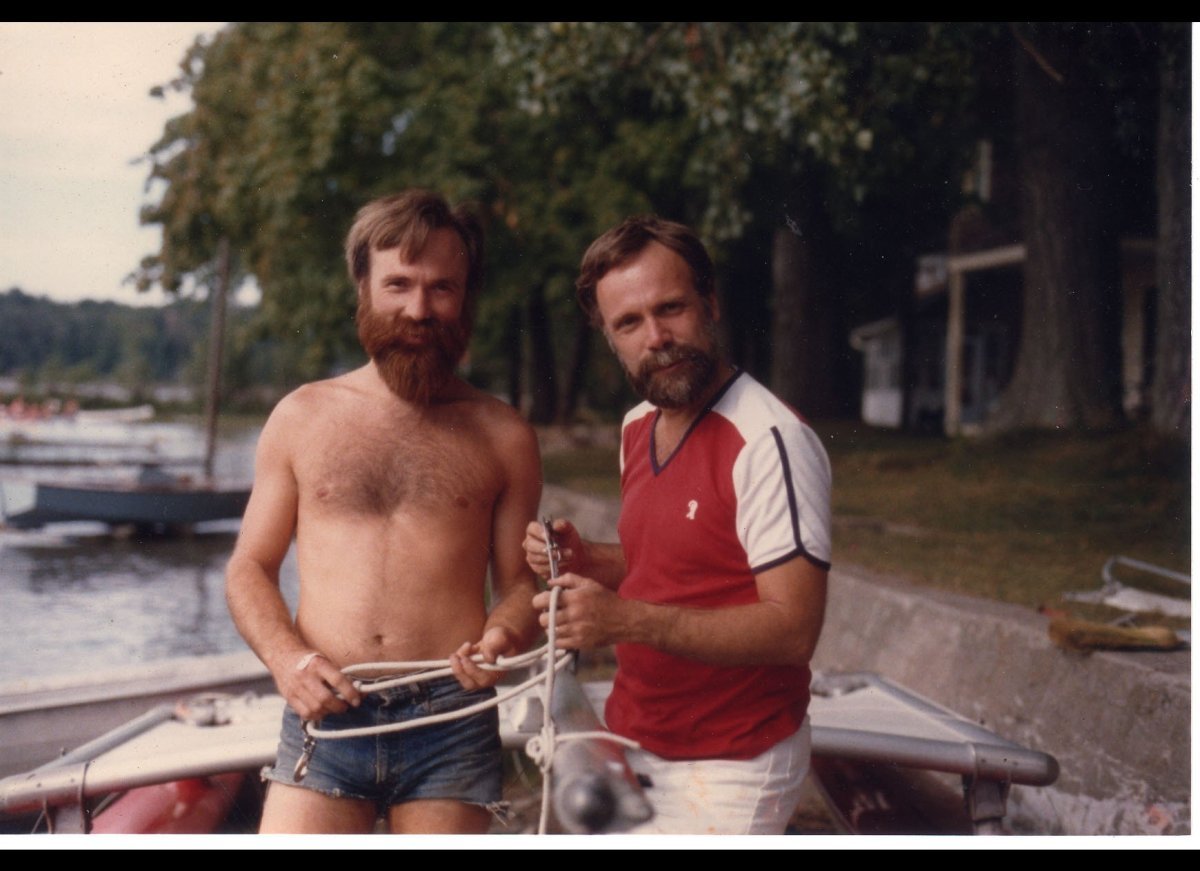 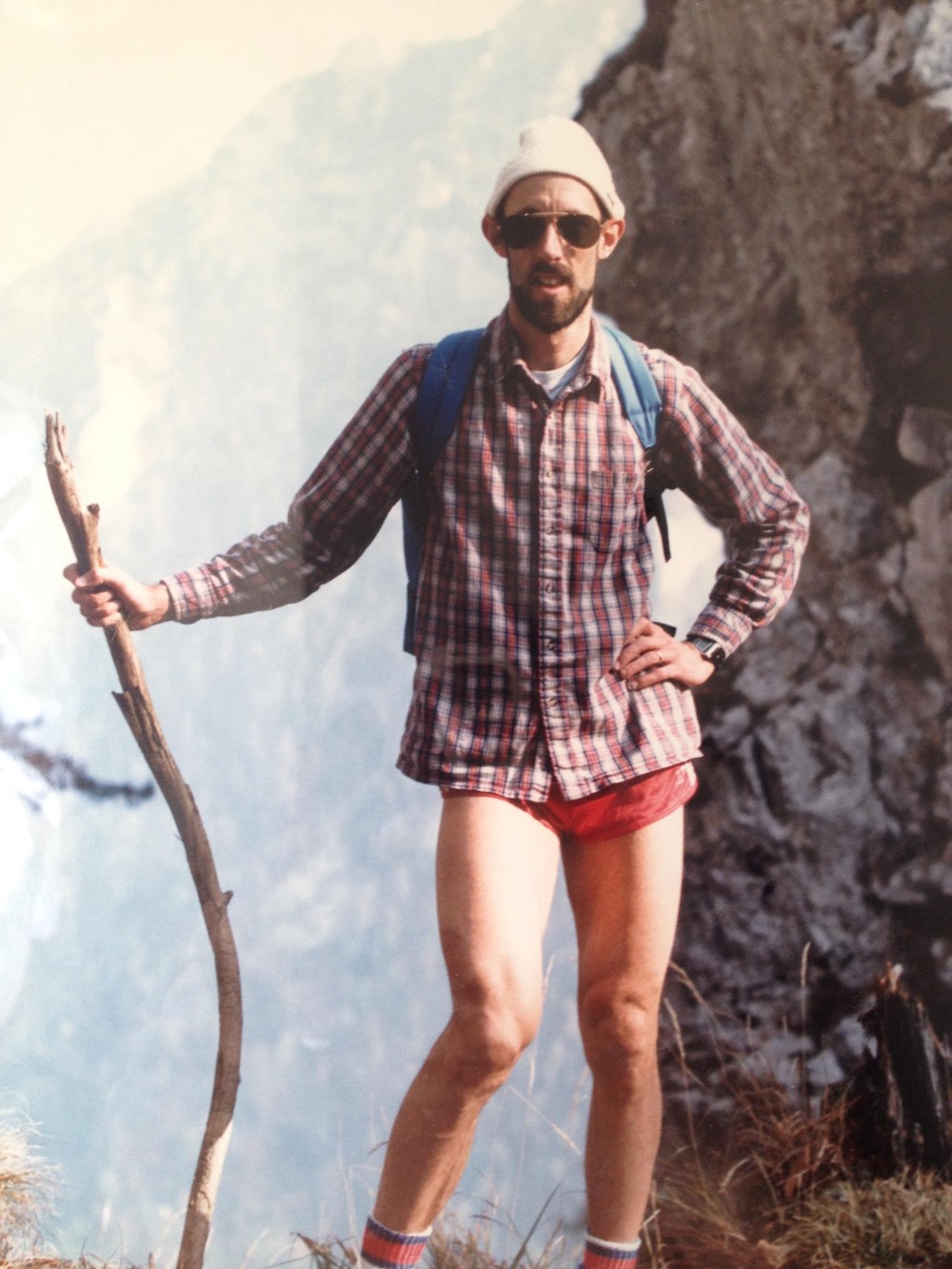 It’s pretty clear whose was the greatest generation.

Moving on from hessian dads who are unintentionally cooler than those who try to be, perhaps only one person reading these words might remember a band from San Francisco called Transition; 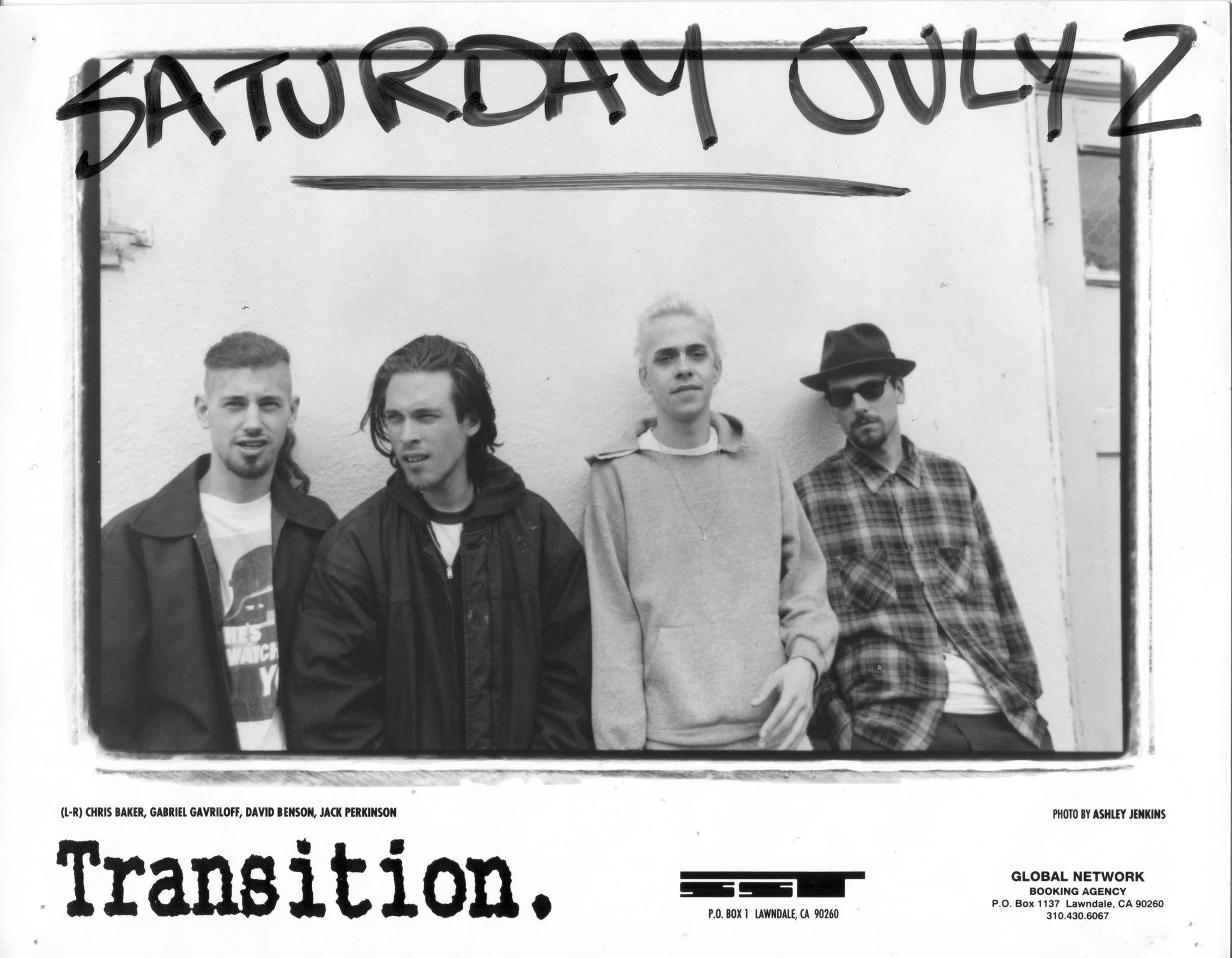 The fellas in the band were among some of the first people I met upon moving to California in 1989, and we became really good friends. A lot of years have passed, and in some instances, an equal if not greater number of bad decisions have been made since those days.

Despite it all, and really, against most odds, they’ve rejoined forces and for the first time in a very long time have recorded/remastered/released new material;

You might be as excited about it as I am, or you might not care for it at all. Both answers are equally correct.

When it comes to personal taste in clothing, art, bikes, music, or anything in-between, there aren’t any rules.

Clearly those only apply when it involves how to kill.