Man, I tell you what. There is just about no better feeling in the world than to write a post like Monday’s, and wind up with a comment section filled with honest, and ultimately, non-shitty responses.

It gives me hope that the internet is not such a lawless place, and even armed with anonymity, people can be nice.

A buddy of mine, and one who would most likely prefer to remain anonymous in this discussion summed it up relatively concisely in but a single email;

On your post yesterday, obviously you know which side I fall on since I almost always just email you. In general terms I look at it like this- There are people who really like big parties with lots of people who they don’t really know. That’s your social media nuts. Then you have people who like small parties with people who they know pretty well. That’s your email and twitter stalkers (follow but don’t post). And then you have people who like parties of one and that’s the person who may have an email account but you’ll be damned if you can get them to ever return your emails and every once in a while you need to call them to make sure they’re not dead.

So the up and down shot of this is that I’d like to thank you all very, very much for taking the time to both comment, as well as make direct contact about it.

It was actually Monday morning shortly after publishing the post when I jumped on bikes and headed for the hills with none other than Chuey; During our time together we had a fairly long conversation about the topic as well. I reflected on the debate I had with myself when I first was offered the job writing ‘How To Avoid The Bummer Life’. Rob Roskopp (founder of Santa Cruz Bikes, and then co-owner of the Swobo brand) offered to buy me a computer, because as I said previously, at the time I didn’t have one. Among other things, I worried about what effect it would have on my desire and time to actually make things.

What ultimately made the decision for me was that despite the degree to which I resented technology, there was no way it was gonna drop its head in a pout and say “Stevil doesn’t like me. I guess I’ll take my ball and go home.” I was going to be the one left behind. Secondly, I knew I wasn’t going to be able to hang sheetrock, messenger, dig ditches, or any of the other manual labor jobs I’ve had over the course of my life, forever. At some point I was going to have to at least dip my toes into the world, and learn the difference between an upload and a download.

Maintaining a personal separation between who I am, and an on-line persona was easy enough at the beginning, because I was just the voice of the brand for whom I worked. Even after launching my own ship, maintaining that distinction was a piece of cake. I suppose until I began peppering bike stuff with art stuff, (that is, professional/personal) was when the curtain got pulled back a bit more than anticipated that it would.

Anyway, it’s all good food for thought, and again, I genuinely appreciate people taking the time to thoughtfully respond.

Certainly, and as I noted in the post, one of the greatest benefits of establishing a web presence has been developing relationships with folks who I might otherwise have not. A good case in point was that that I have with Cranpa of FBM who has been very good about keeping me abreast of his goings and comings with emails like the following;

My weekend as seen on a weird social network called youtube;


I should start going to sports bars… In New England!

And like with every one of his emails, there is always that one little component that is always completely cringe-worthy;

Now then- for those who might have a further penchant for chaos, I present the much anticipated King Of The Road series.

If you happen to be unfamiliar, the annual King Of The Road event is a train wreck that is put on by Thrasher Magazine. The premise is that a handful of skate teams (let’s say five) get a book of tasks, and each of these teams have to load up in a van, take a road trip, and complete said list.

As you can see, it’s not just a simple scavenger hunt;

It will continue to be all fun and games until someone loses both eyes, which at this rate is just a matter of time.

Anyone who’s ever been on a road trip know that the only thing better than a pair of clean socks, is an occasional clean t-shirt, which I will use to segue into the next topic now. 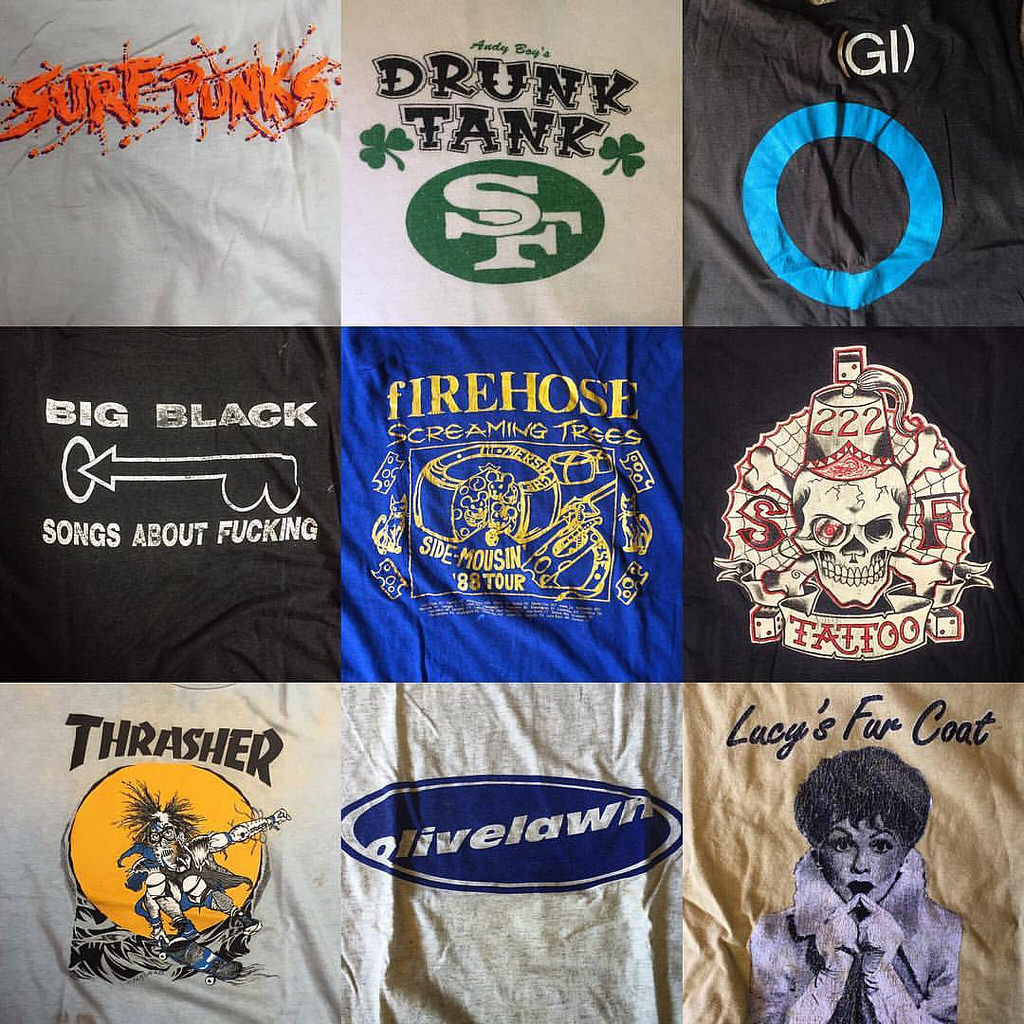 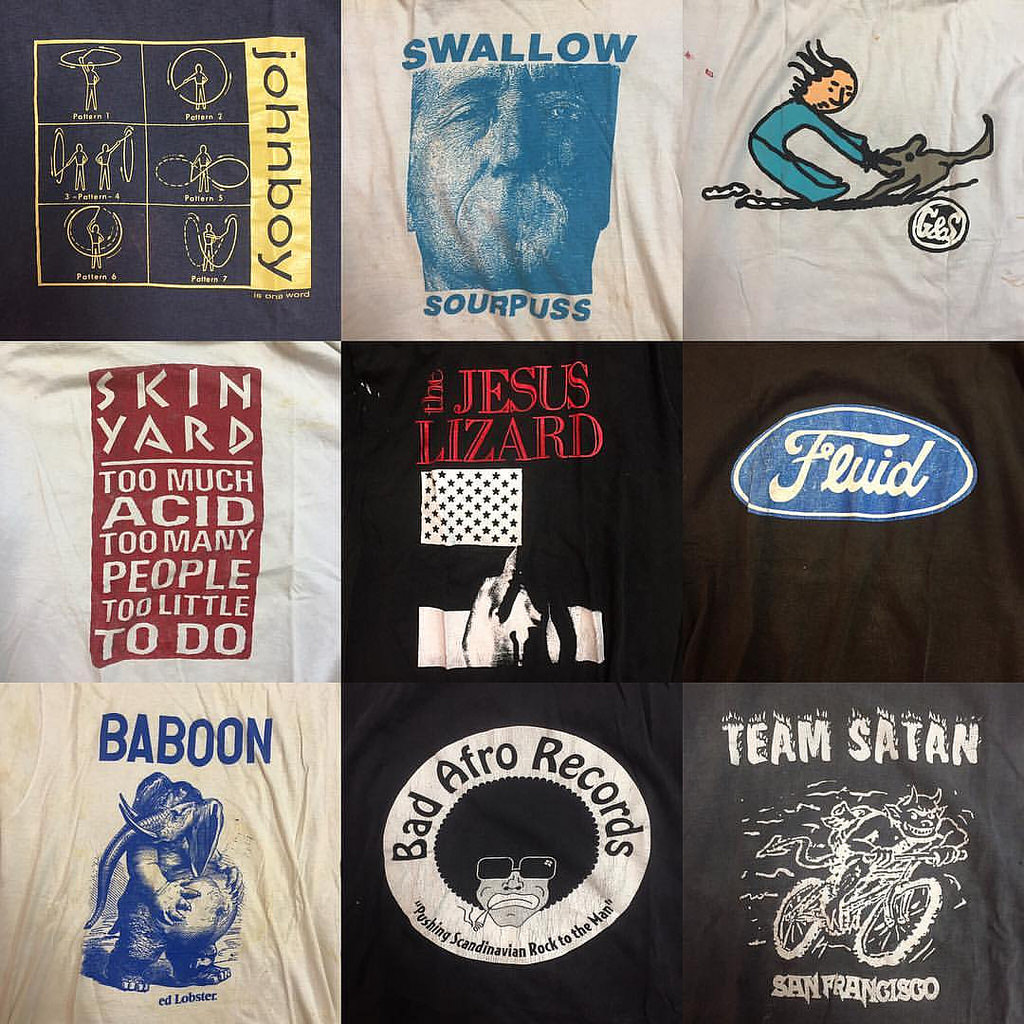 I have a lot of t-shirts, but only one drawer for them, so I have to recycle some out from three gigantic plastic bins I have in my basement. That being said,I had to make a whole lotta room in my drawer a month or so ago when I received not one, but five very black shirts from the dark-hearted people of ROTS Army; 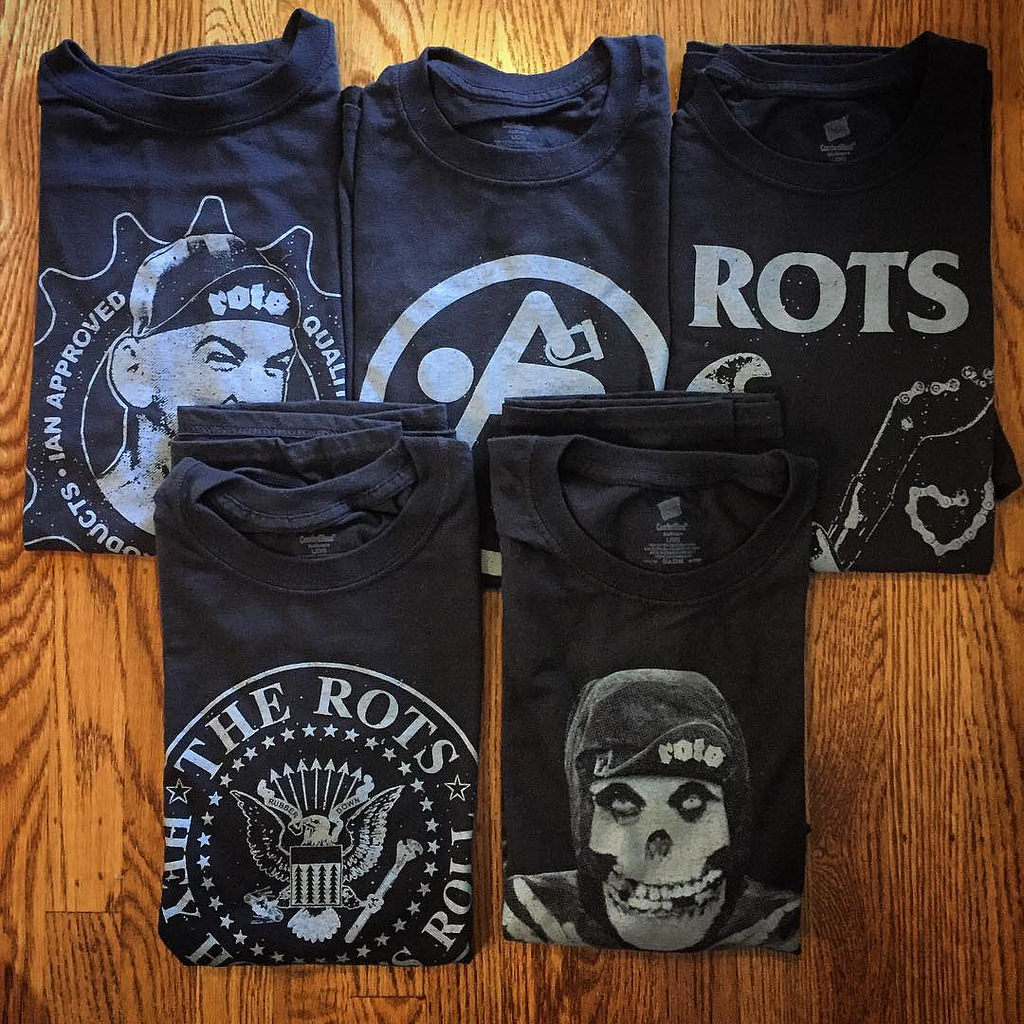 If you take a shine to one or all of these designs, they can all be found in that above linked web store.

Black shirts are good because no matter how much schmutz they attract, (aside from salsa or toothpaste), they always look clean, and to that rule, the ROTS shirts are no exception.

As we prepare to say goodbye to one another, and almost unrelated to that, it was just two days ago on Twitter when a promise was made, (or was it a threat) regarding sending me an image of questionable content featuring the sender and his new Soulrun/AHTBM shop apron.

No sooner did I call his bluff, did the following arrive into my inbox; Let that seep into your brain.

Lastly, on a whim I checked the weather forecast for Roubaix, France yesterday afternoon; 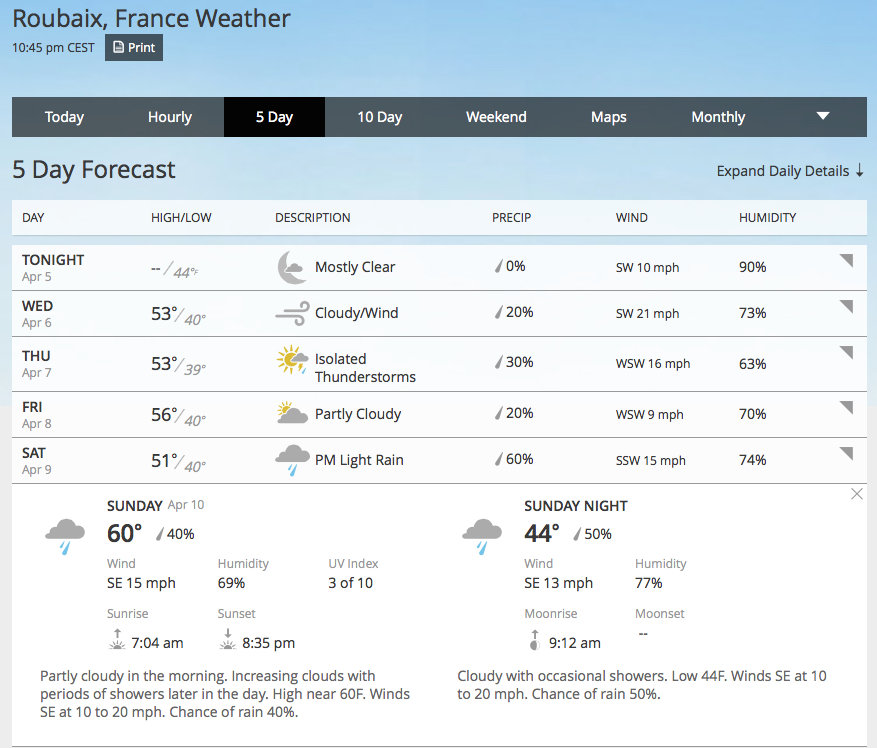 A 40% chance of rain is better than nothing.

Then again, if organizers have their way, there may be a re-route due to fear of the cobbles being too muddy.

Somewhere, Tchmil is eating a bowl of nails, and shaking his head in disbelief.

As Brian Hackathorne deftly pointed out, this might very well be the new Arenberg; Organizers afraid of a muddy Hell. That would be worth chewing on if not for the fact that it was already so deeply lodged in my throat.

8 Responses to “Stuff to chew on.”