They say they are the devil’s tool, or play thing, or something like that. Alas, my own idle hands spend most of their time either shoved in my pants or wrapped around a cup of coffee. The devil has no control over what my hands do.

That said, sometimes the universe puts into mine just a smidgen more than they can handle, which was the case yesterday.

It seems as though at some point over the course of my recent time in Portland I did a wee number on the same knee I blew out last year, so my day began with a visit to my surgeon. From there, I went to get my eleventeenth MRI to check and see that I didn’t undo all of his hard work.

Between all of that however, I was able to finally knock out the fifth, and if I do say so, the finest issue yet of the AHTBM fanzine; 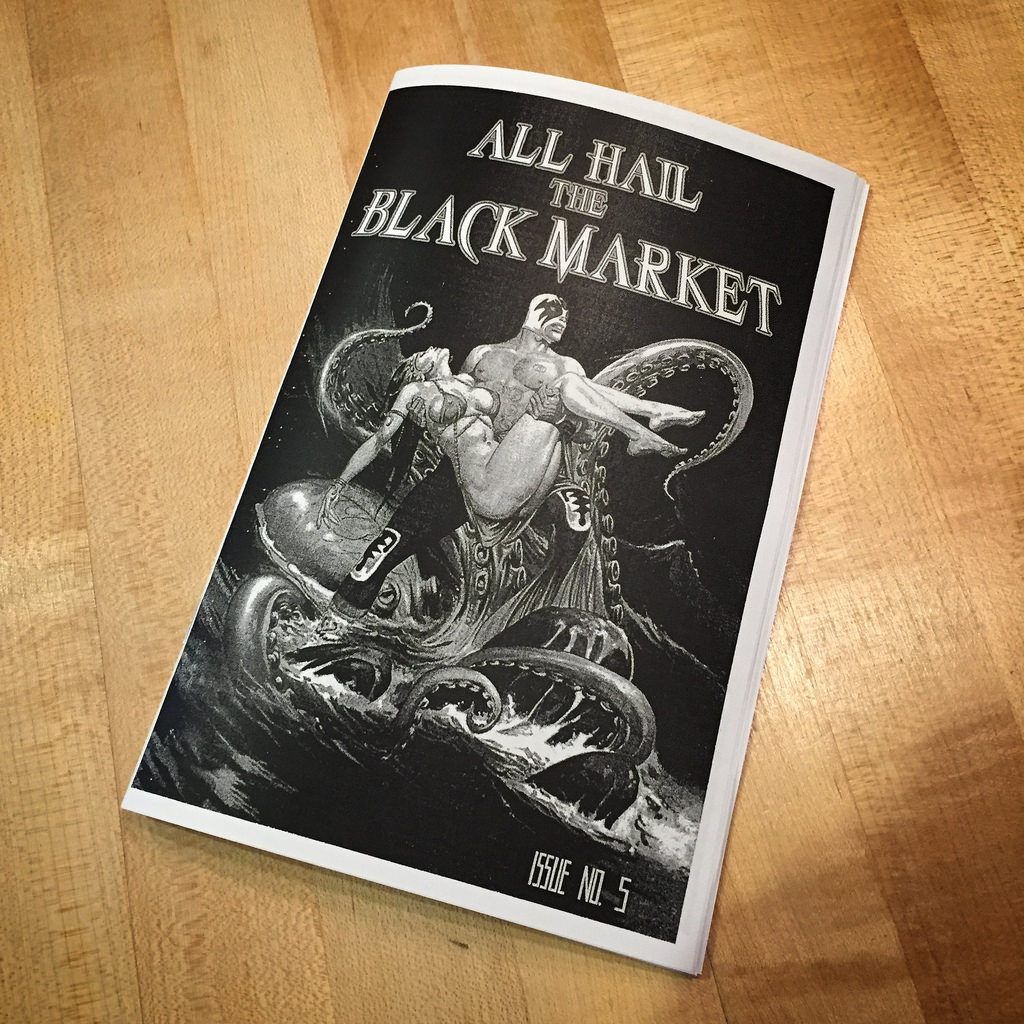 Though one might not initially assume that gluing a bunch of jibberjabber down on some printing paper and getting a stack of copies made of it would be that daunting a task, this one took a fair amount of effort on not only my part, but also for Brado who graciously conjured up the cover some years ago- (Besides using it for this sticker, I’ve been sitting on the design for a rainy day, and these days have been just that sort of day.)

I also committed to writing content especially for this zine, so nowhere else will you find the stuff I included in it which might take you ten to twenty minutes to successfully absorb.

Will you be smarter after getting through all of it? I can say almost certainly. One thing I can guarantee is that at least you won’t be any dumber.

In other matters, a topic I broached around this same time last year was the world famous EZ-7 ditch jam down there in the country of Texas.

Well, good old Michael from Cockfight Skateboards first came through with a flyer for this year’s running; 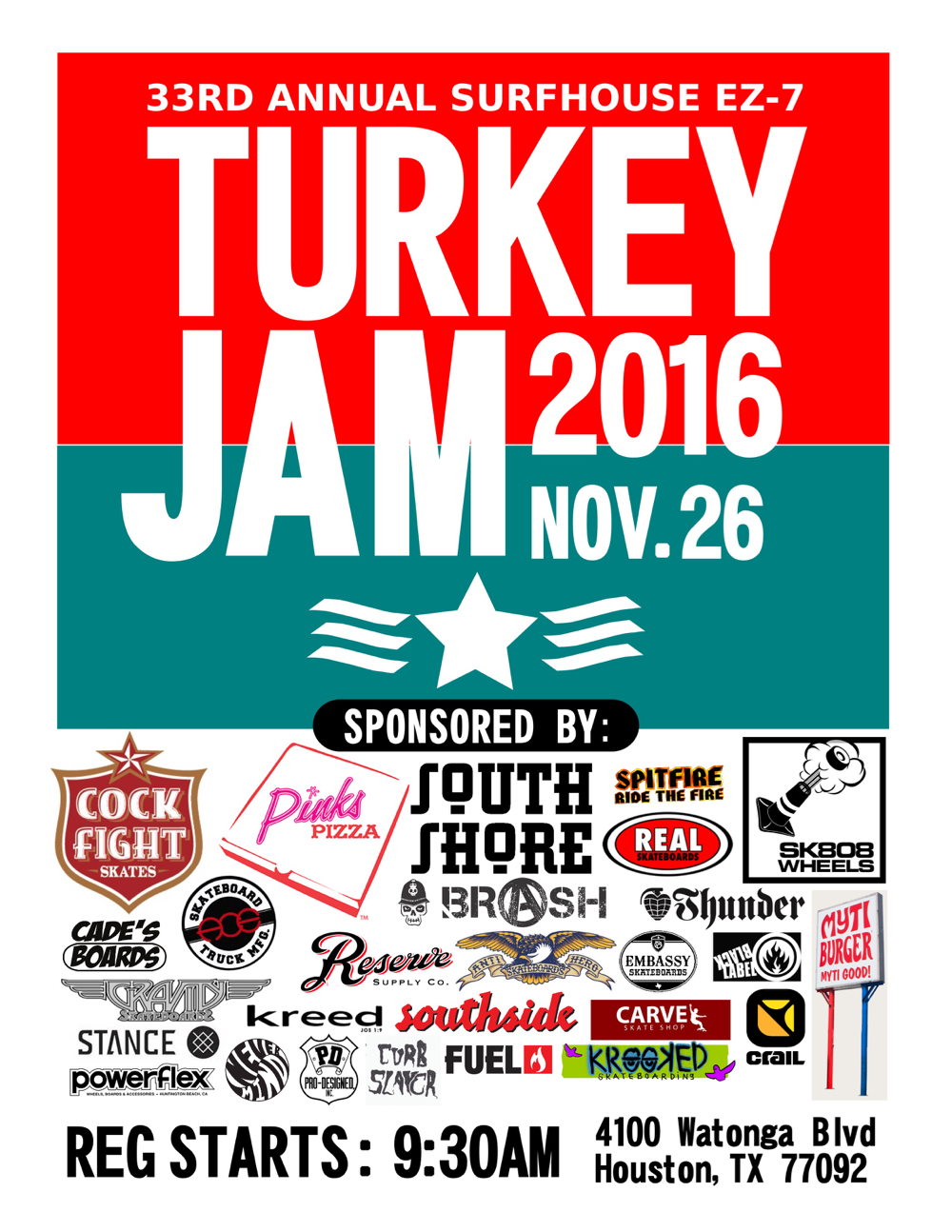 -And then followed up with a whole slew of photos, words, and even a video about how the shebang went down;

The 33rd Annual Surfhouse EZ-7 Turkey Jam was a complete success. The Skate Gods smiled upon us with perfect weather, a huge crowd, and better than ever skateboarding. A lot of money was raised for this year’s recipient, Joe Palermo. Joe was a pioneering scene builder in skateboarding and music by the time I ever picked up a board. He is battling cancer at the moment, so we decided he would receive the money we raised this year; 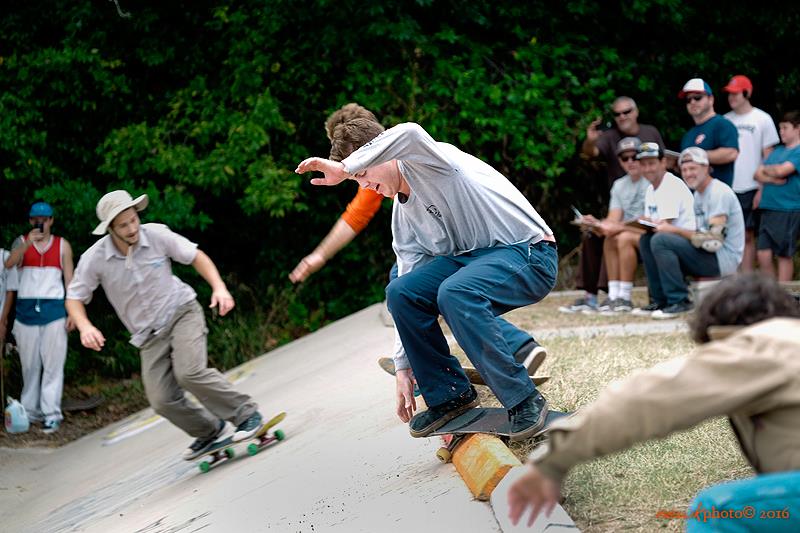 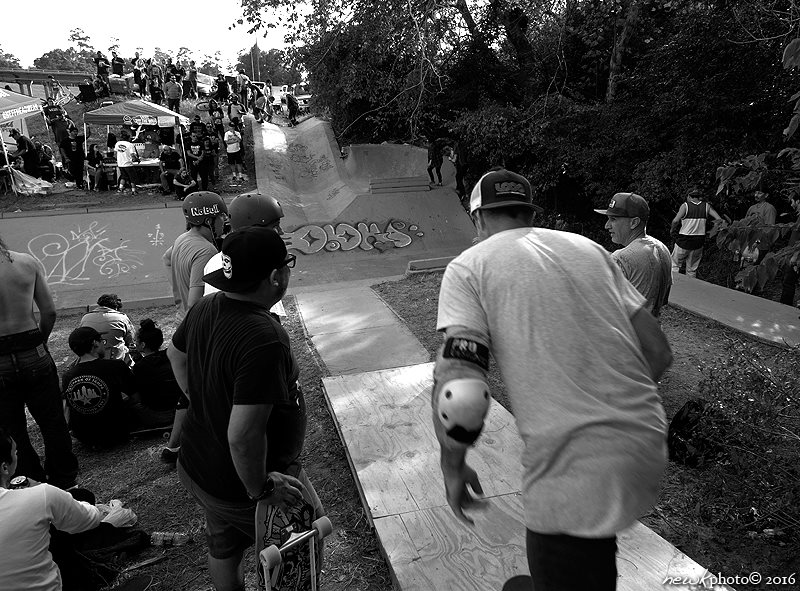 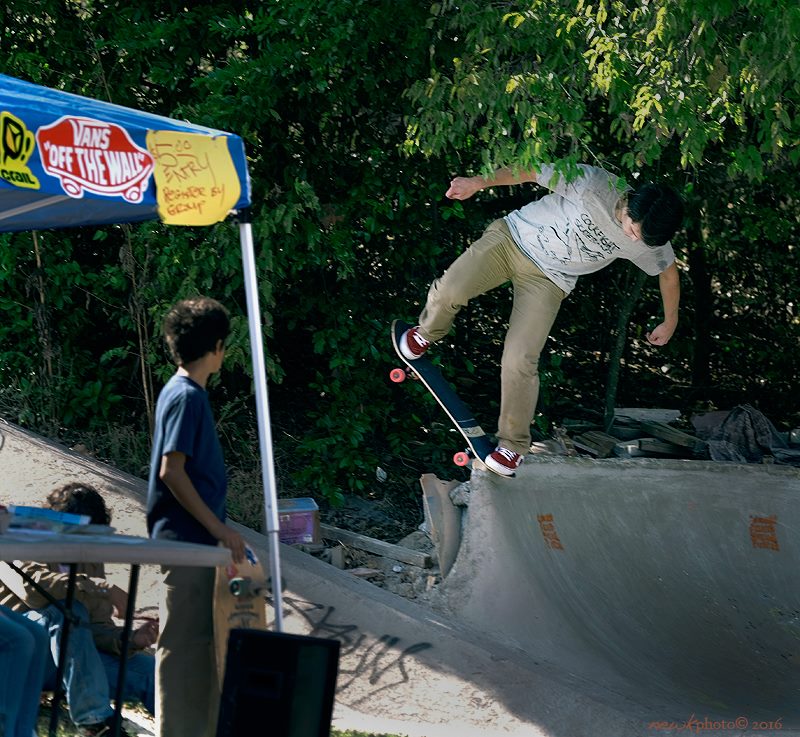 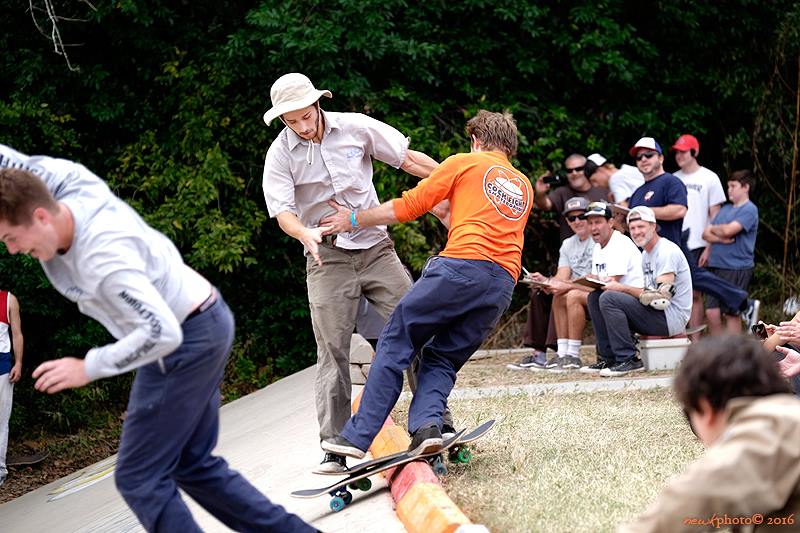 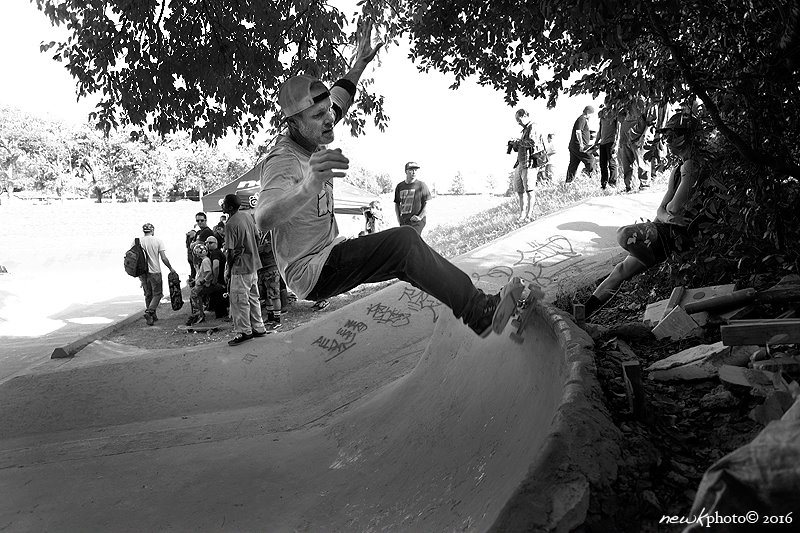 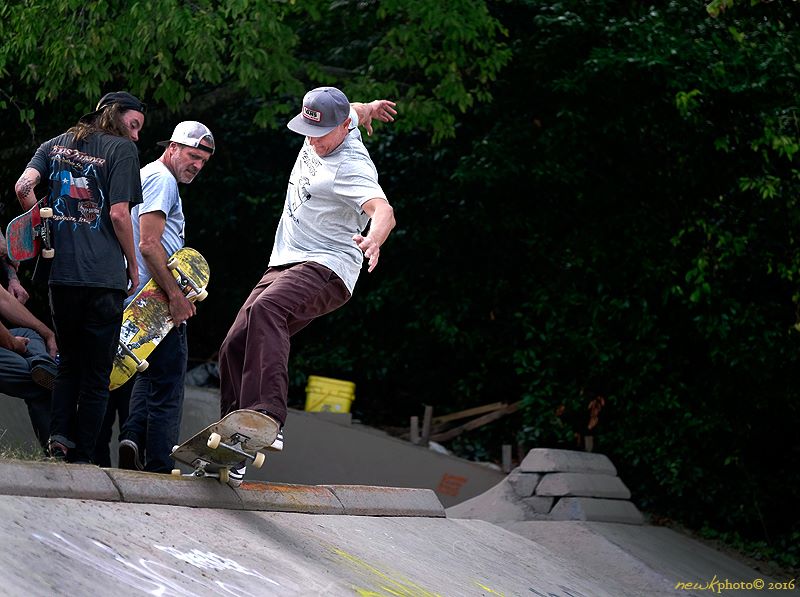 The day went off without a hitch. The ditch was in prime shape. The new pocket had fresh beer can coping on it and the ditch had been painted for maximum grip. The young kids have really stepped their game up with a mix of speed, tech, and old school flavor. The 13-17 kids are definitely the most improved. Tons of really hard tricks done at speed.

By the time the 18-29 group was ready a local band, called The Cops, were ready to play ditchside; 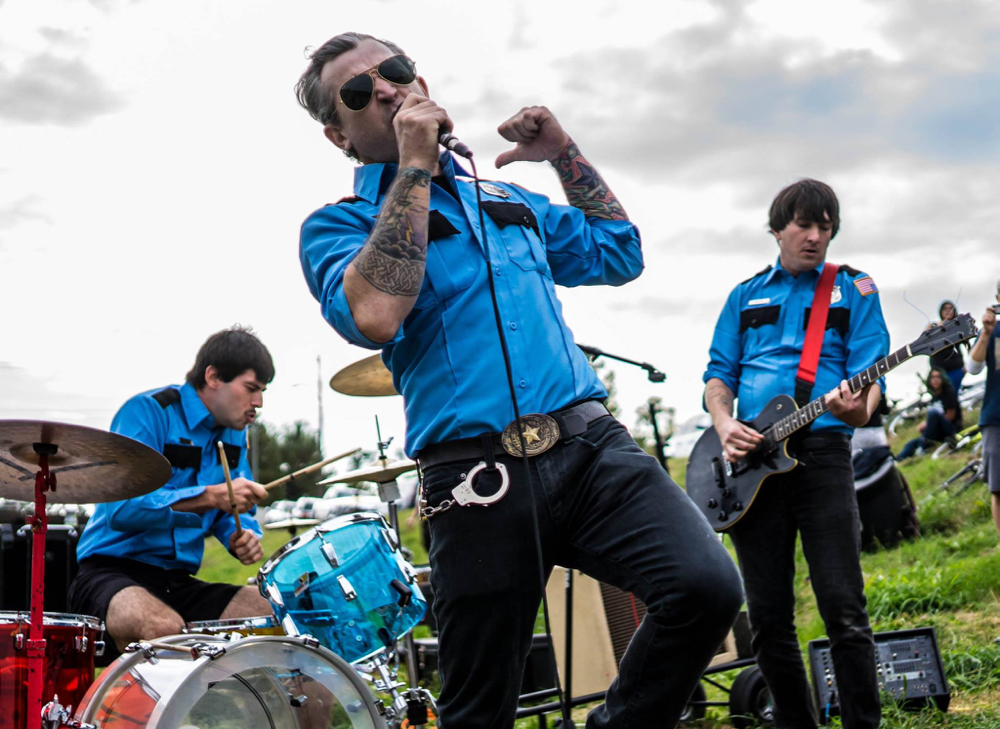 They were dressed in real cop uniforms and played protest punk. They were great.

There were so many in this age group that we had to take the top 7 and have a final. The level of skateboarding and skill that this group possesses makes me proud to be a skateboarder. They skated super-fast, aggressively and with complete control. By the time us old guys were ready, we were good and drunk. We decided against a jam to keep the collisions to a minimum. We did what we always do. Lots of grinds and bertlemans;

The day was filled with RAD! There was a huge crowd and lots of skaters, and we raised money for a good cause. I want to thank a lot of people, but Surfhouse number 1. They have been our neighborhood shop since 1967. I love them with all my heart. I want to thank Aaron Estrada for being the prize getter, mouthpiece, hype-man, and keeping the sanity during insane times. Thanks to everyone who makes it out year after year. Thanks to all our sponsors. There are too many to name, but Surfhouse, Pinks Pizza, Ace Trucks, Gravity, and Southshore Distribution have been on board through thick and thin.

Hopefully I don’t blow this, but the winners to my recollection are:

So, as I might have noted last year, I’ve been seeing evidence from afar of sessions going down here since I was a little kid, yet I’ve never been present at any.

Though the mighty EZ-7 would assuredly chew me up and spit me out faster than you can say “busted ass old man falling into the abyss“, (and by faster, I mean, in about a third of the time), one of these days before I die, I would at least like to make it out to take in the action. At this stage in the game, it would only be right.

I would also like to thank Michael, (who is a bad ass mountain biker in his own right), for taking the time to make contact, hooking me up with the video and the images, and for providing the one moment in all of the footage that made my soul crawl out of my butthole and kick me in the nuts; 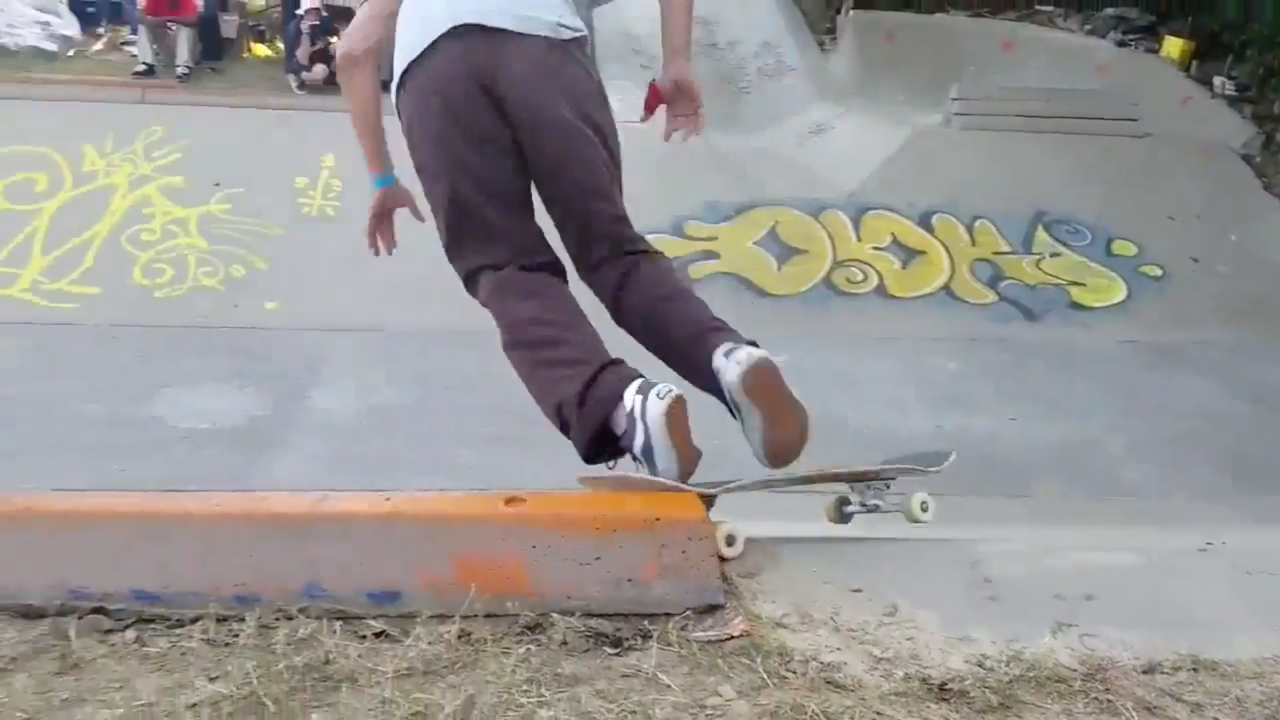 lastly, in closing I would conclude with a heads up from Hurl regarding some new Cars-R-Coffins goings on;

Well, I never did find that OM Flyer photo you wanted, (editor’s note- Hurl scoured his collection of BMXA back issues helping me to find a specific image for the conclusion of the zine project. He’s good like that), but enjoyed the hell out of that rabbit hole, and am eagerly looking forward to the latest issue of ABATAQP, HTATBL, I mean AHTBM, ‘zine, with the same fervor I held for an issue of Bicycle Motocross Action.

Up here here in the Midwest, we’re now descending into the deep, dark, frigid recesses of Ol’ Man Winter’s anus but I’m excited because today marks the launch of a excellent new Bicycle Punkrock Action collab with Cars-R-Coffins and TwinSix, specifically, the creative canon of none other than Jesse Lalonde, i.e. Creepy Friendly, the only man to ever win the Chequamegon Forty on a single speed (natch).

The kid has absolutely mad chops, both on the bike and behind the screen. The “BORN TO LOSE” t-shirt will be the first of many radical designs coming out for 2017; 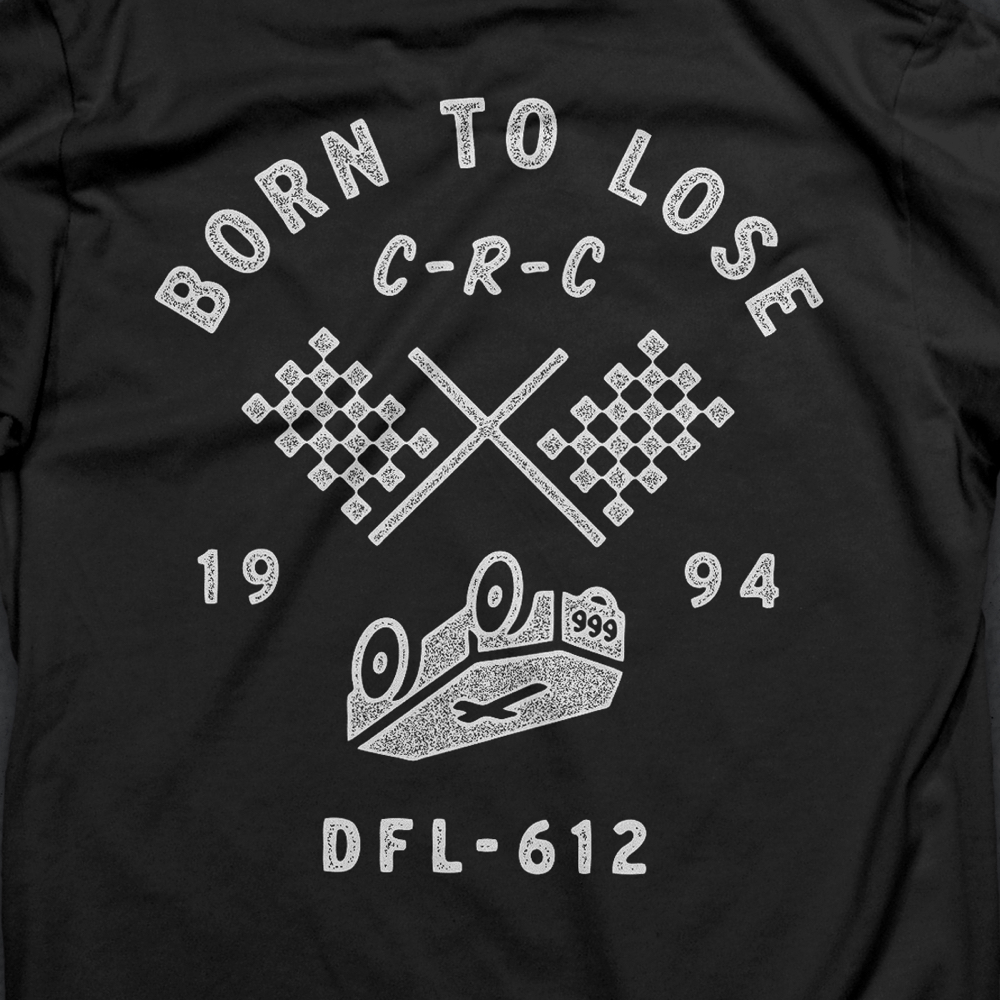 (Men’s here and women’s here.)
There will be new (anti-)team kits to drop soon, too. The B2L shirt will have a small chest imprint with the larger print on the back. Have a look. I couldn’t be more stoked to be working with those TwinSix geniuses. The link should be live on Friday from the T6 international network site.

In Pantz Noyzee We Trust,

So there you go. New CRC stuff just in time for Krampus to visit. The universe wouldn’t have it any other way.

And it’s with that, from Michael’s, Hurl’s and my own working hands to yours, we offer a hearty high five, however rough and grizzled, (and in my case, probably sticky) it might be.