But with considerably less natural rhythm.

Kicking things off right out of the gate, I have received an array of bits of information from the Squid Bikes camp about some fun stuff going down in their world.

Initially Emily just got ahold of me asking what size pants I wear. Being used to such an inquiry from women, I obliged in giving her my data.

In texts and a series of fractured emails, she then went on to fill me in on a one-way collaboration they just shot out into space. What follows is simply condensed patchwork of all the dispatches;

Squid just launched a project that we’ve been dreaming about for years; 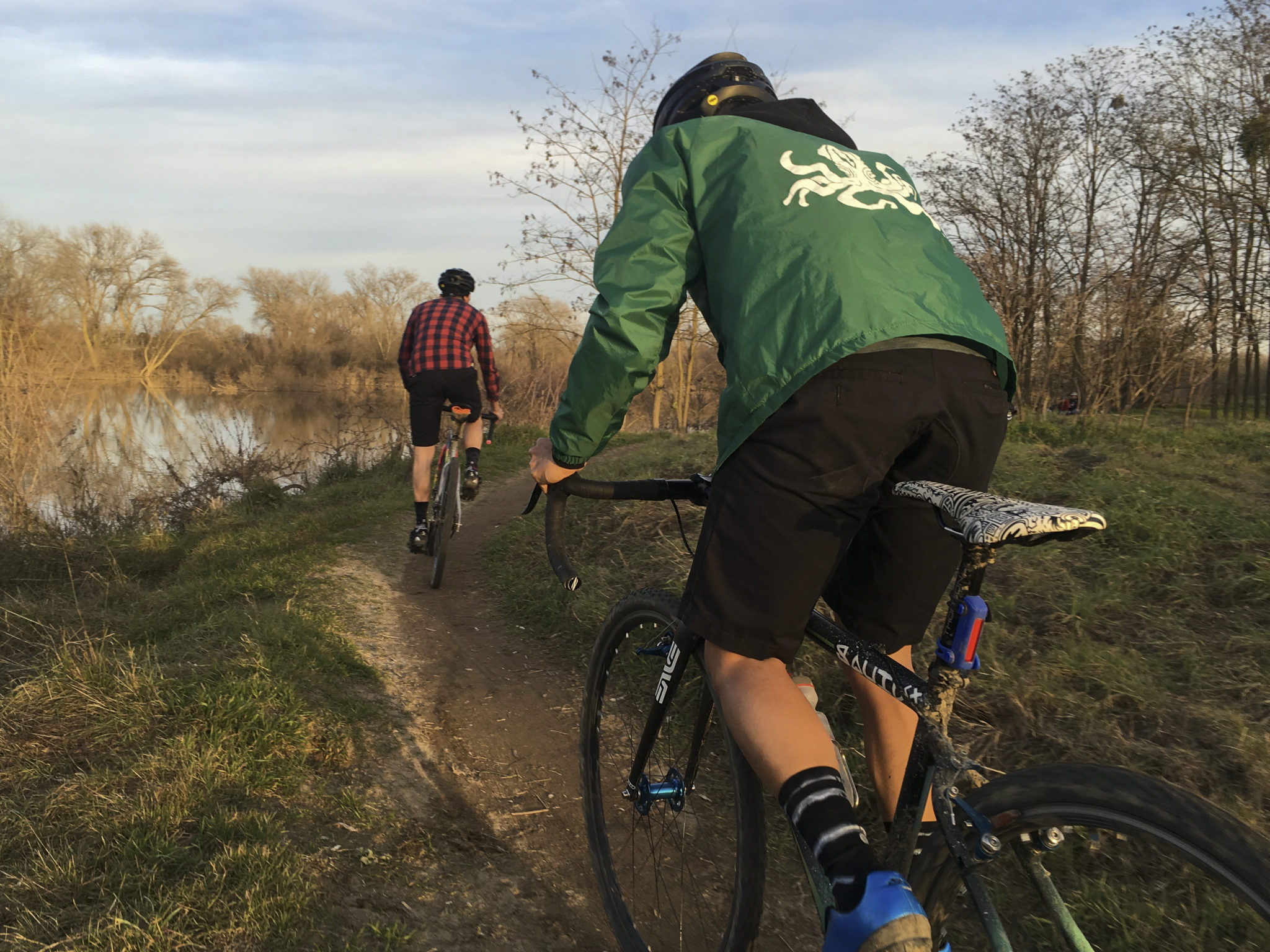 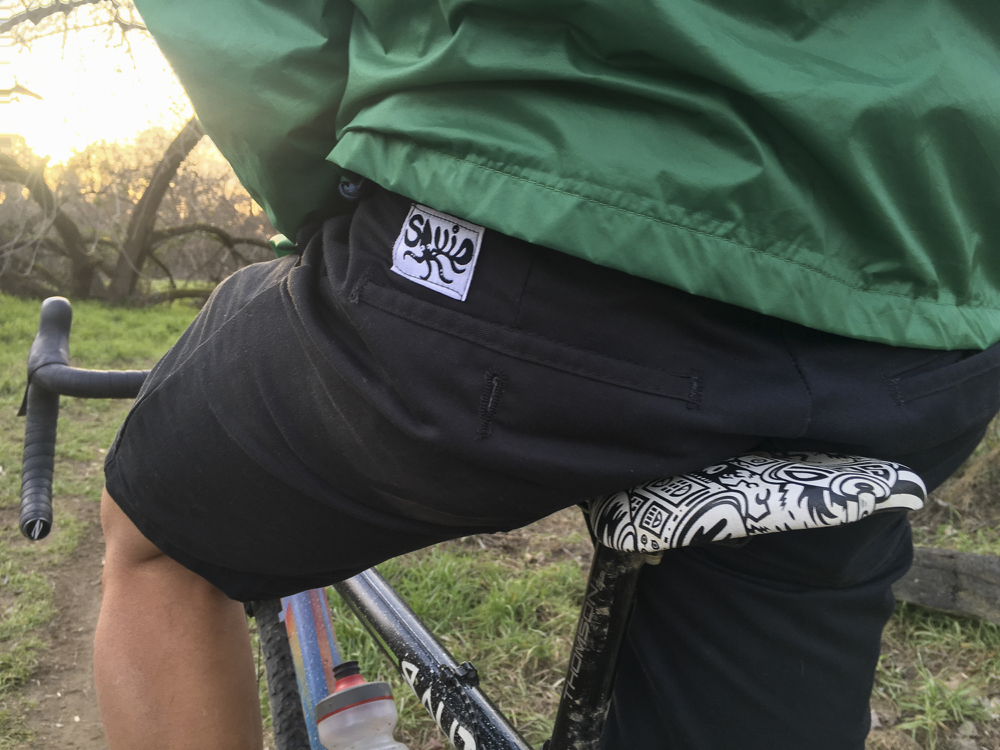 Among the rad Squid added features that were all sewn by our rad seamstress here in Sac are a sewn in chamois, velcro back pocket that fits a phone, and a strap on the side to hold a hand pump; 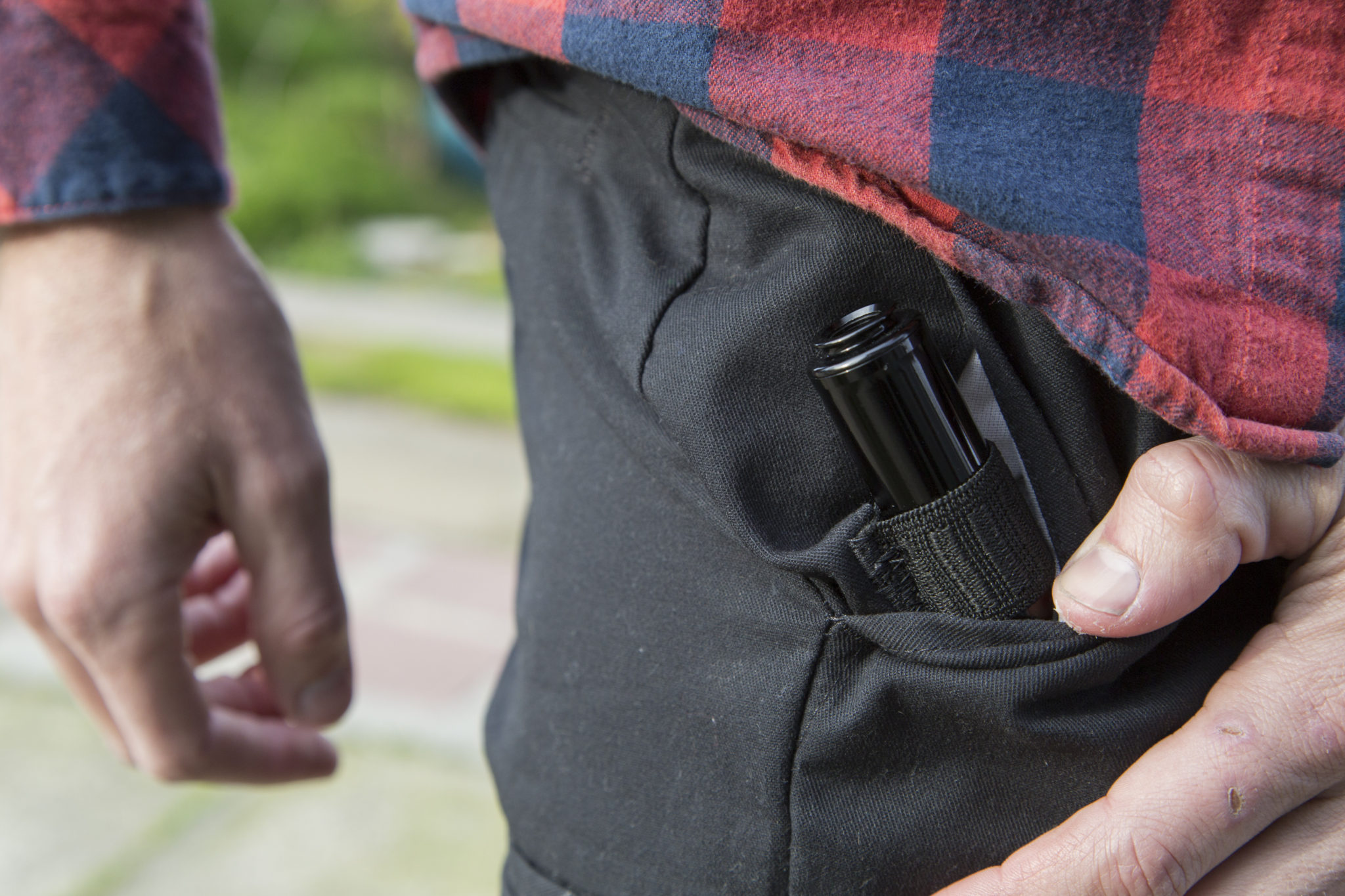 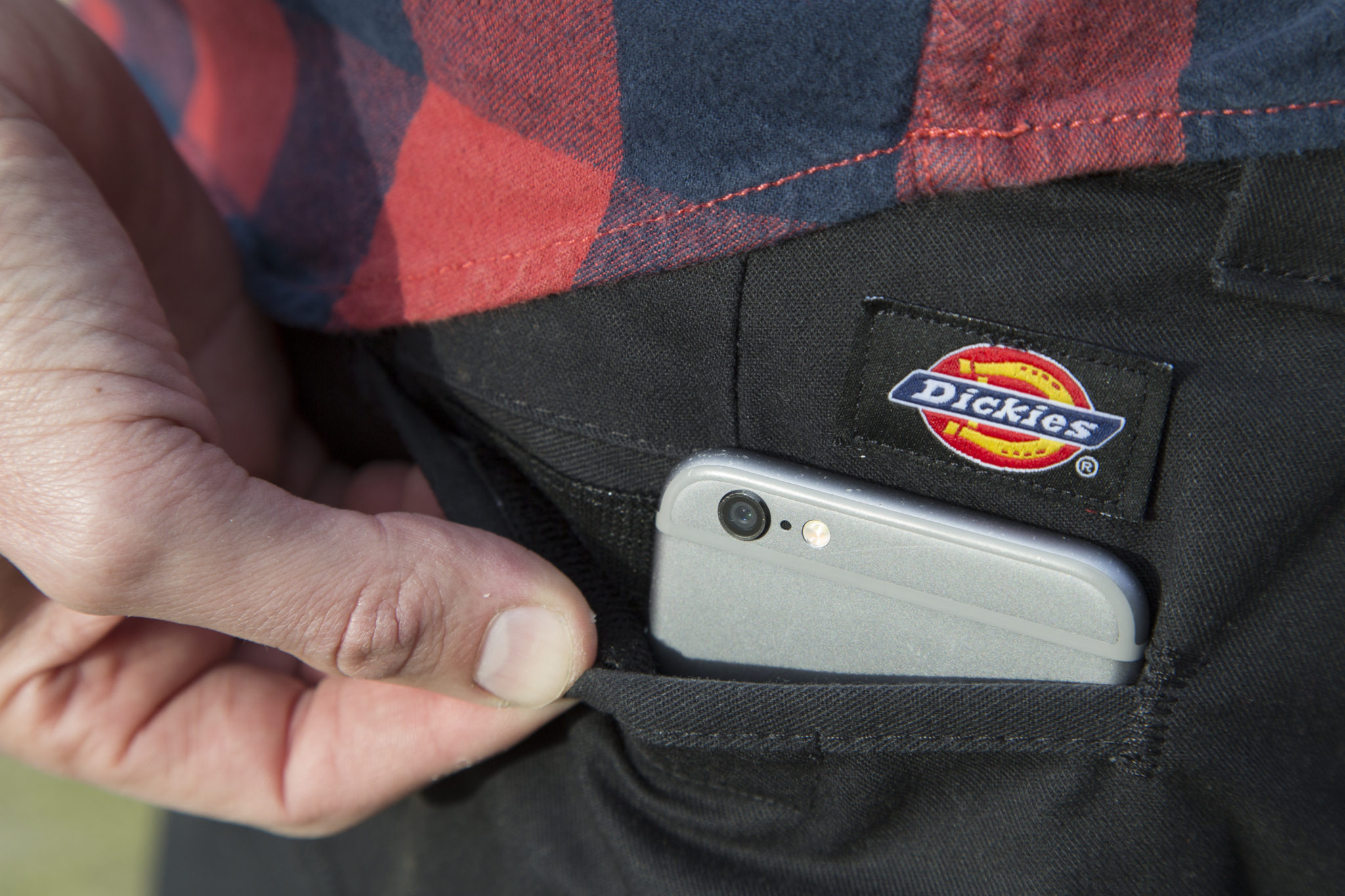 We didn’t know how they would sell so but apparently people like them as we sold all but one pair of 28s in under two hours. We are already working on making more and should realistically have a re-stock by the end of the month.

In the meantime, until midnight tonight (2.6.17), we’re are doing a pre-order with the same sale price (where we basically don’t make any money on them but we think they are a rad product and good for growing the brand and promotion) starting now; 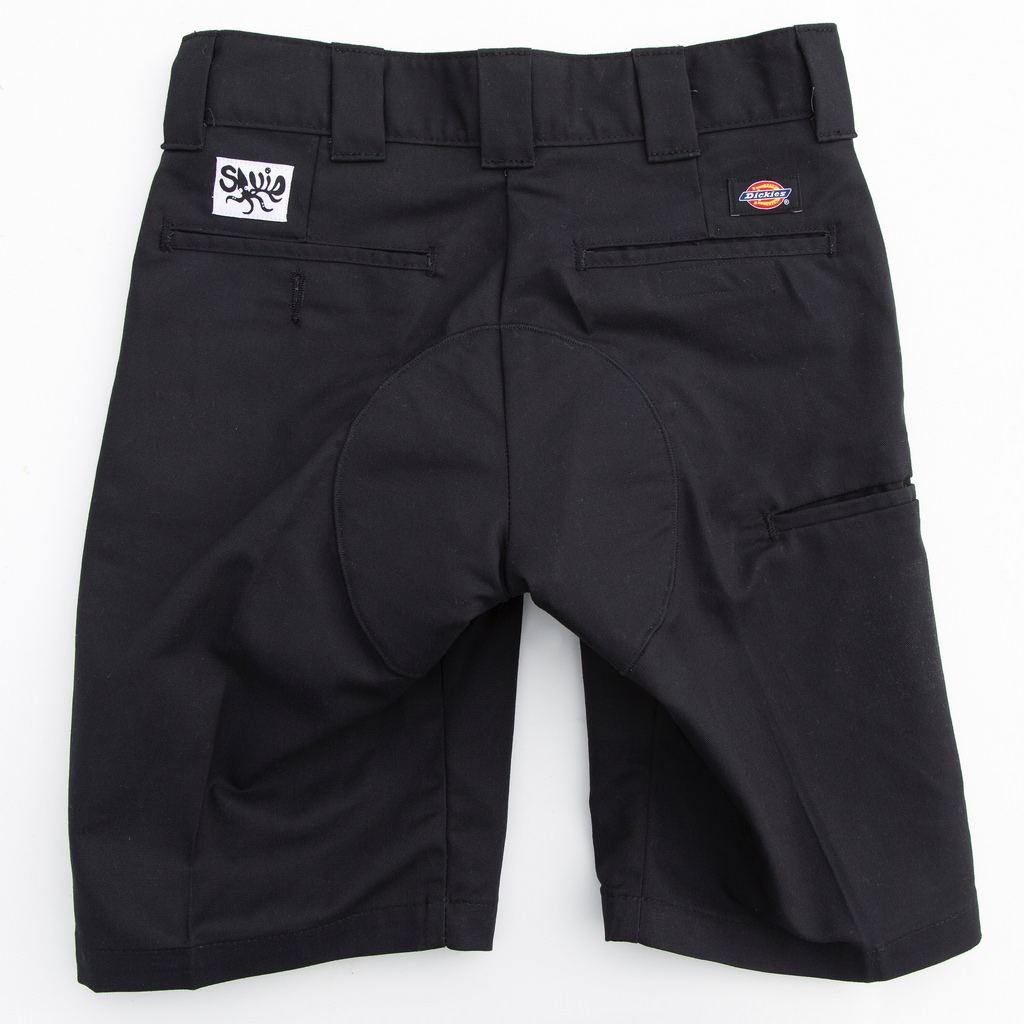 It should help us with sizing, and lock in a few sales.

We are all blown away by the response, super fun for us to see people connect with what we have always believed would be a great and creative product.

I wore a pair of D***ies across Europe one time, and at one point didn’t wash them for over thirty days. I slept in them, got jumped and ultimately put a bad hurt on two of my attackers in them, inadvertently wiped some of the smelliest cheese I’ve ever had the displeasure of being around on them, and most likely upon my return to the states, set them on fire.

Though that can’t necessarily be considered an applicable test for Squid’s particular garment, I’ll just throw that out there anyway, and let the universe do with it what it will.

Moving on to news of model cars- As I’m sure anyone who cars know, the 2017 Model Building Nerd Off is currently in full swing;

Via the emails, the FBs, and the IGs I’ve seen the first submissions starting to roll across the line.

I would like to remind folks through, that unless you email photos of your effort to me to be included in the running, they won’t be.

So again, for those in the back, email photos of your masterpiece to stevil(at)allhailtheblackmarket(dot)com NO LATER than the 28th of February. This means, as of today, we have twenty-three days to go, which might seem like a lot, but I suspect the bulk of people who are currently reading these words file their taxes on the 14th of April.

As we travel from information relating to bored humans and tiny plastic parts to ridiculous boycotts, we have this;

For folks who are unaware of why this is happening, it has nothing to do with Budweiser renaming their beer America for the last six months, or because I switched teams to Olympia, but rather, because as the article header states, because they’ve created an ad spot celebrating immigration.

Which I should note, has upset a group of people who have for the last 18 months mocked extreme sensitivity in our culture.

And now they’re mad at a beer advertisement;
Of course because I’m the loudmouth who I have grown up to be, I had to throw in my own two cents into the conversation;

When a foreign owned multinational corporation produces an ad illustrating opposition to your executive order, you know you screwed up. https://t.co/fPBzun0MYv


I would also like to note that ‘Boycott Budwiser’ is trending.

I don’t even now what planet this is anymore.

And that’s all I’m going to say about that.

Circling back around to folks who advertise on this here site, I got a contact from my old messenger buddy, and current muckety-muck at Paul Component Engineering Travis, with a scoop that reads like so;

I had the last 25 of our track lockring wrenches anodized gold and put them in our webstore for half off the original retail today; 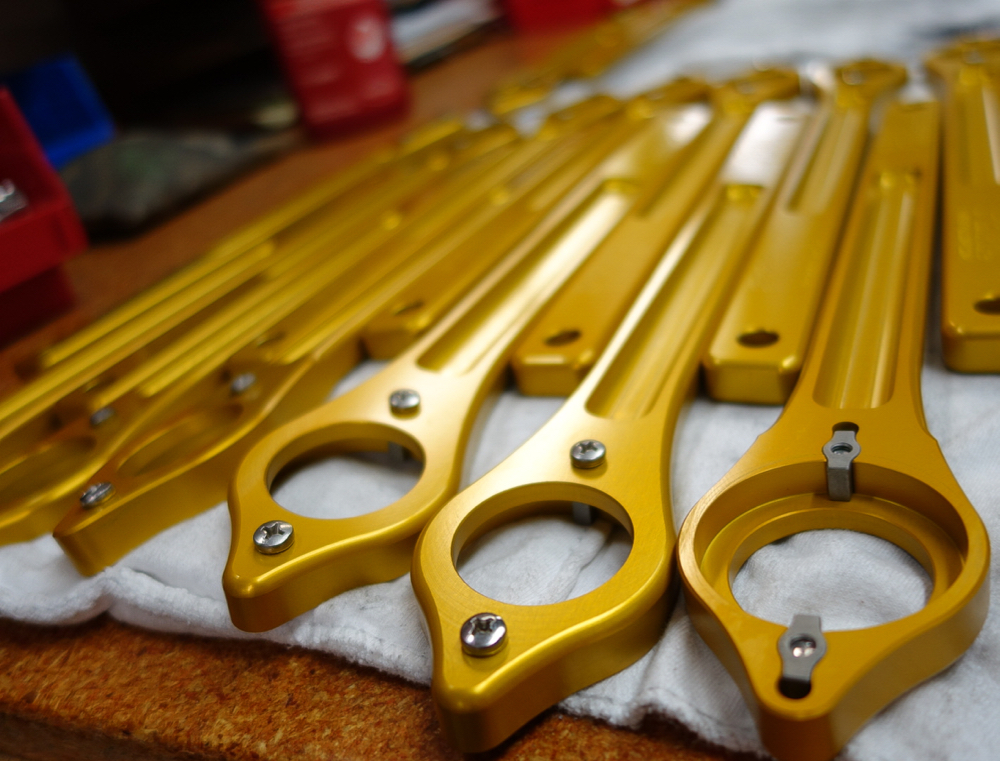 Any shop-rat who has used one before knows they should bug their boss to get one now before we run out. Paul says we won’t be making them anymore. You asked me to keep you up on news, so there’s today. Oh yeah, and one of the cats keeps pissing on the bike racks, and Paul’s Dune Buggy is coming along, but still on blocks for now; 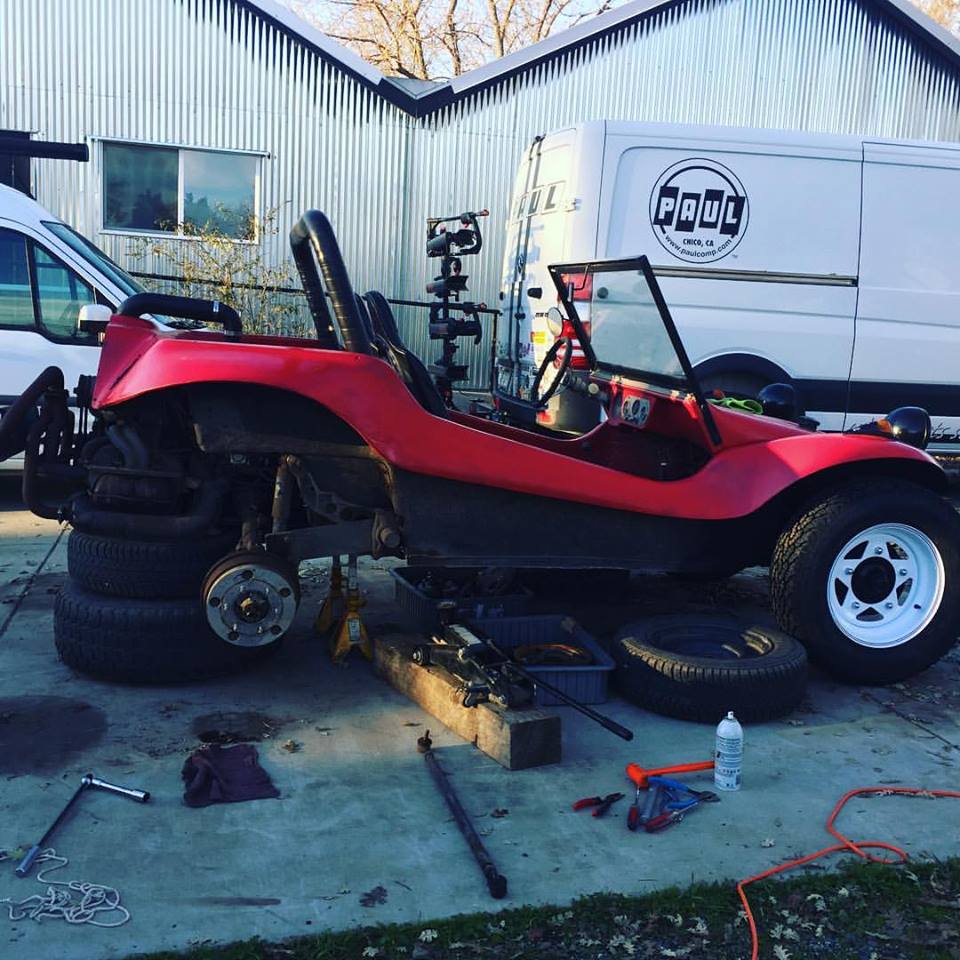 That was indeed what I’d been asking Travis for. Obviously news regarding the inner workings of what they have going on is an important aspect of both of our professional efforts here on the site, but knowing what state the dune buggy is currently in, as well as where the cats are pissing, I feel, puts a more personal face to the Paul Component Engineering empire.

That said, anyone one who can still articulate their hands with that amount of scar tissue spread across their knuckles, and haven’t already marred the hell out of all of their lockings with ye ole Park HCW-5, perhaps might like to possess one of Paul’s wrenches for their own.

And now with that being handled, as we inch into the conclusion of today’s effort, we haven’t a finished product as grand as say- an Electro Funk Daddy Superstar Break perhaps, but considering nothing’s what and where it came from, it’s at the very least better than that.