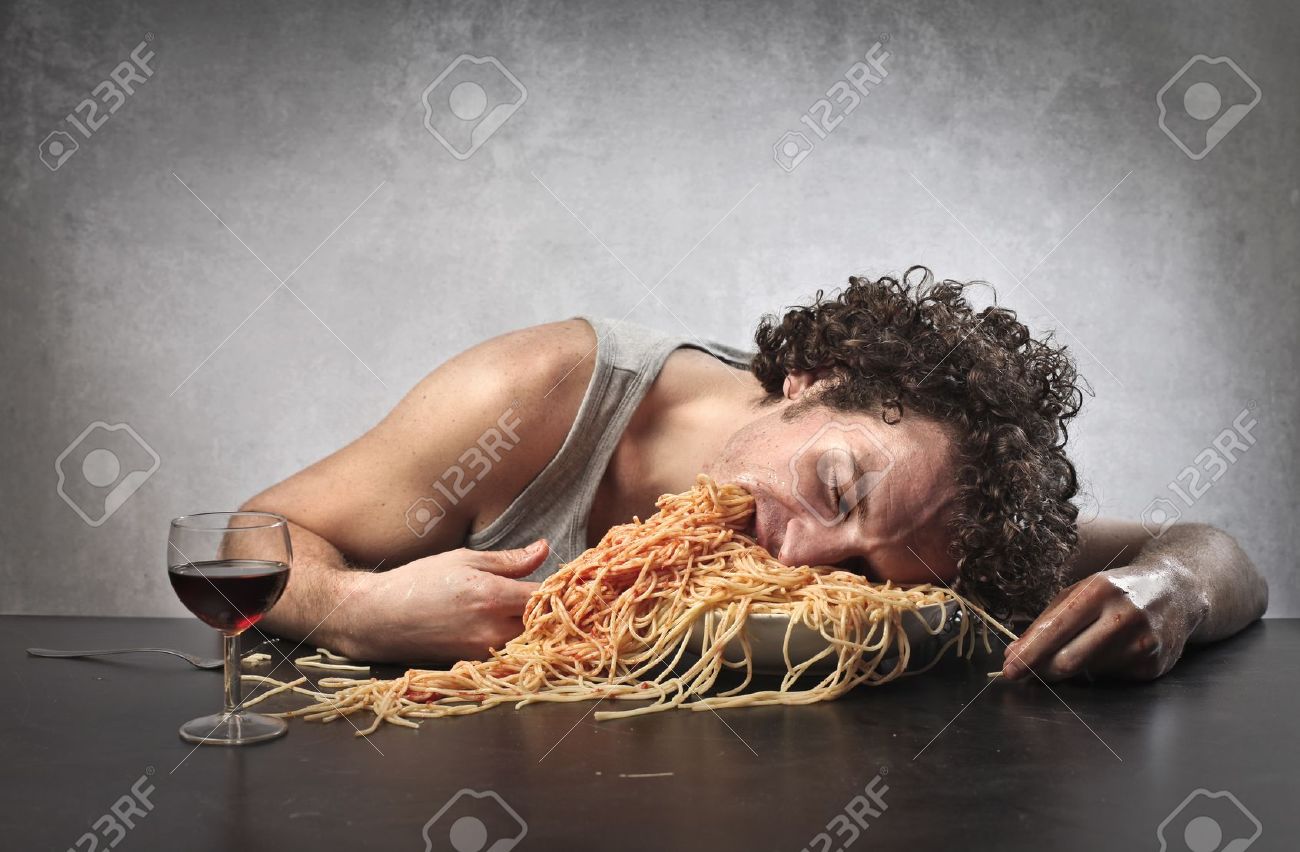 So, have you all been keeping on top of the trail boobytrapping saga I detailed on Wednesday?

The story just keeps getting weirder.

Like I said in my previously mentioned post, if this is in fact a scam, it does no good for any of us, which was succinctly covered in that NSNB link with this passage;

“If it’s determined that our Audi-driving, bmx-owning, decapitation-surviving 800 horsepower Albertan friend isn’t being entirely up front about this incident where does that leave us? There is absolutely no evidence that Stelios is part of the mountain bike community, and yet his actions could affect all of us. If he’s lying that could undermine legitimate reports about trail sabotage in the future. Sadly we know the action reported by Stelios happens, here on the North Shore, in Oregon, and virtually everywhere mountain bikers ride trails.”

In response to the posting I did of this story on one of the other arms of the AHTBM mini-empire the other day, Katie from Feedback Sports had this to say;

“Saw this on twitter and immediately distrusted. And I’m a hyper-advocate/zealot.”

I’m with her. There’s a little alarm that goes off in my brain sometimes when I’m being fed a line of crap, and like clockwork, when I first read this, though it was subtle at first, it was most definitely going off. I want to give the guy the benefit of the doubt, but placing trust where instinct tells me not to has never served me very well.

Assuming I continue to get bits and bites of information relating to this story, I’ll assuredly continue to post them up here.

Following up on another weird bit of randomness that I covered on Monday after The Lance posted an images of some of my stickers on his Instagram feed;

I feel compelled to include the meat of why he was at Vecchio’s to begin with; 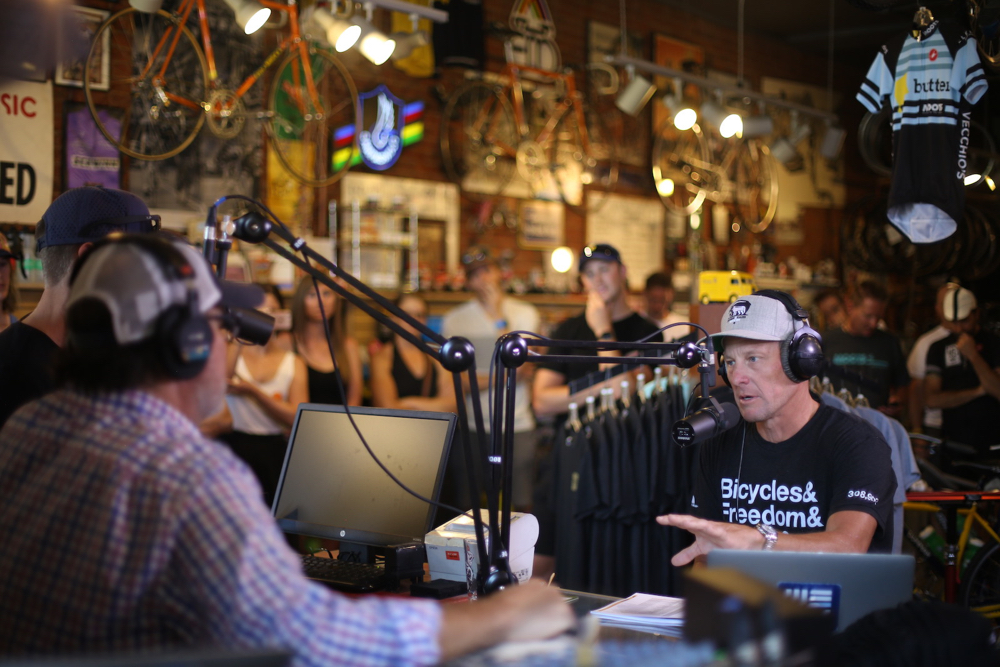 Evan Hartig from Cycling Tips published this piece containing all of the dirty details, as well as this video of the podcast in question;

Personally, I can’t help be be excited for this to have happened at the shop, because Jim is a good guy, and the additional visibility for his shop is a great thing. Secondly, love or hate Lance, but his insight and experience in the trenches is undeniable.

Plus, having sold an additional fifty dollars worth of stickers because of the plug means ten additional burritos in my life, and I’ll take that without pause or regret.

And I suppose while we’re on the topic of podcasts, for the last couple of years or so, I’ve been kicking around the idea of doing one myself. I’ve spoken with Sean from FTW Tattoo Shop; 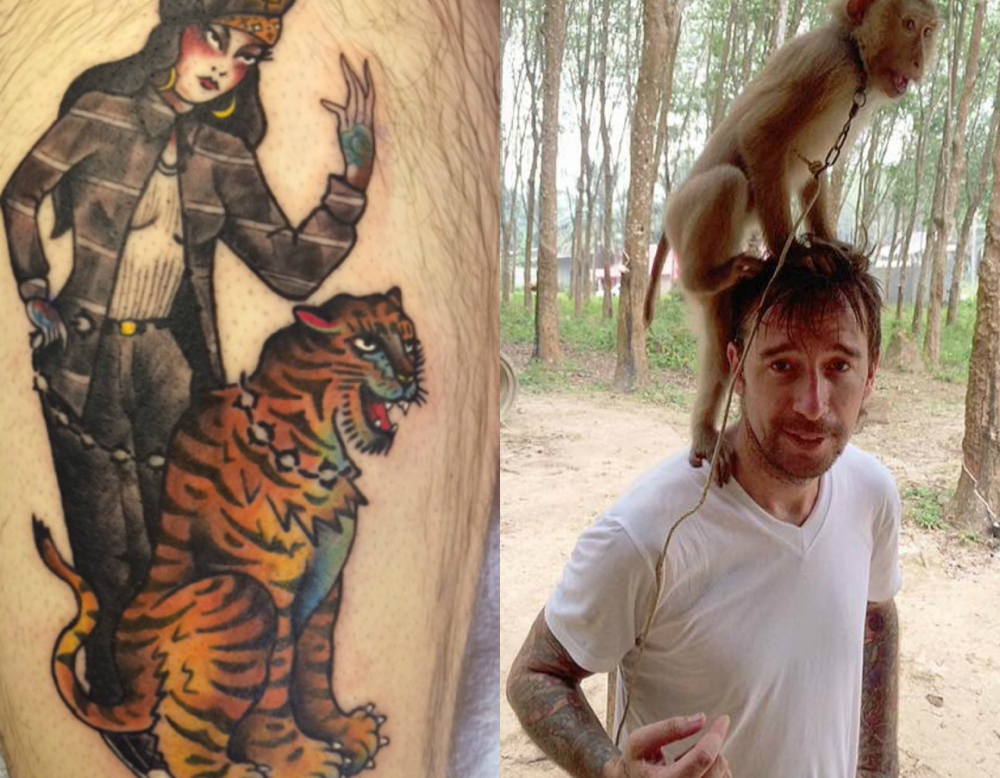 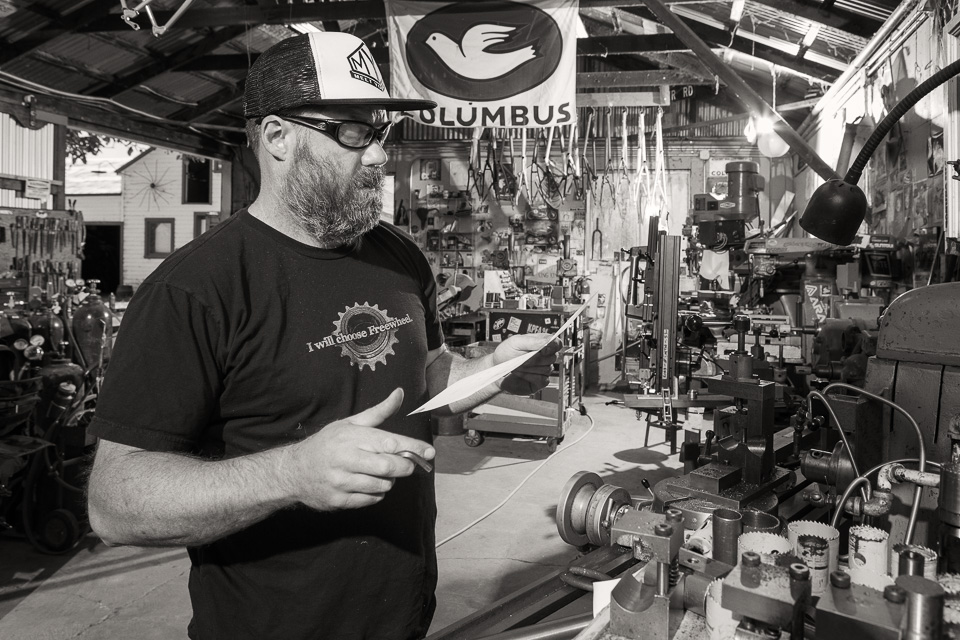 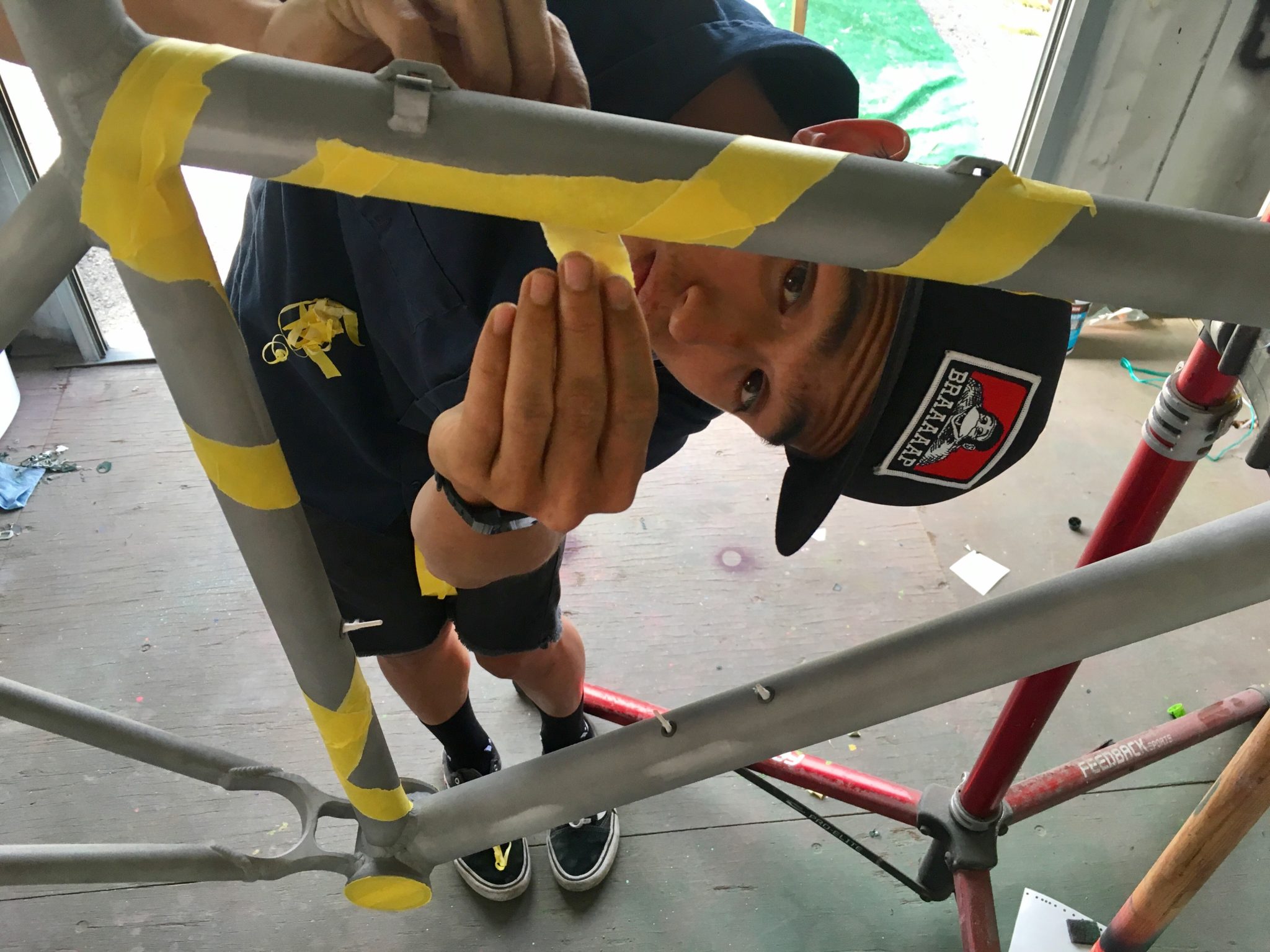 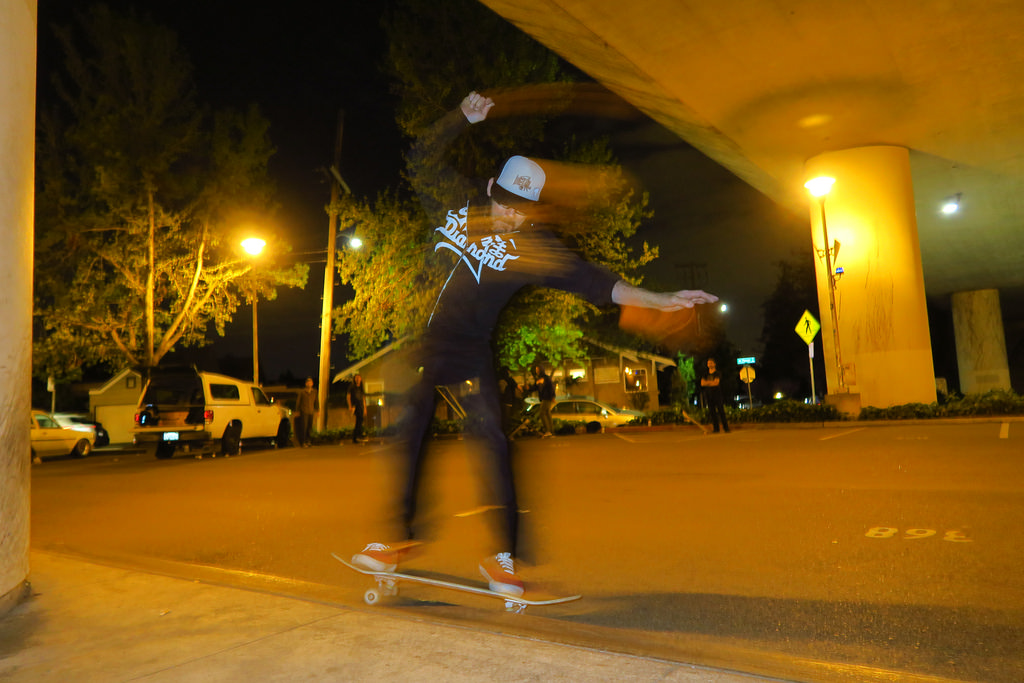 and most recently, Joe Parkin (Has Nice Hair); 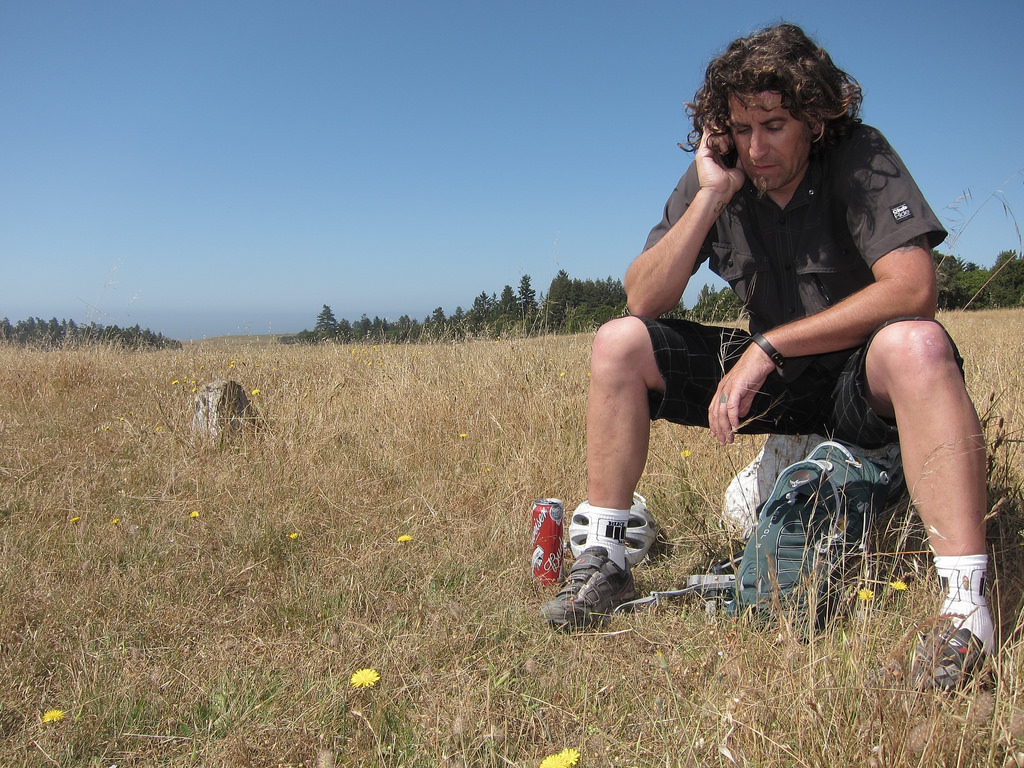 Individually, or as a revolving group I feel like there are a bunch of strong personalities, each being really good story tellers in their own right.

Because I don’t make any moves with degrees of quickness, time will tell what develops with this, but in a fantasy world, I’d like to see this become a reality before the year is up.

Finally, before I go, I would like to promote a couple of little rags that you may or may not have an interest in.

As anyone who lurks here knows, I have a real damned soft spot for fanzines. Having released this one, and this one most recently, I’ve found myself in a fortunate position to have gotten in on the trade chain. That is to say, I’ll send one off to some random somebody, and they in turn send one off to me. It was utilizing this underground network that Casey from Denton, Texas just came through with one of his own, the proceeds from which go to support the eventual construction of a skatepark in his town; 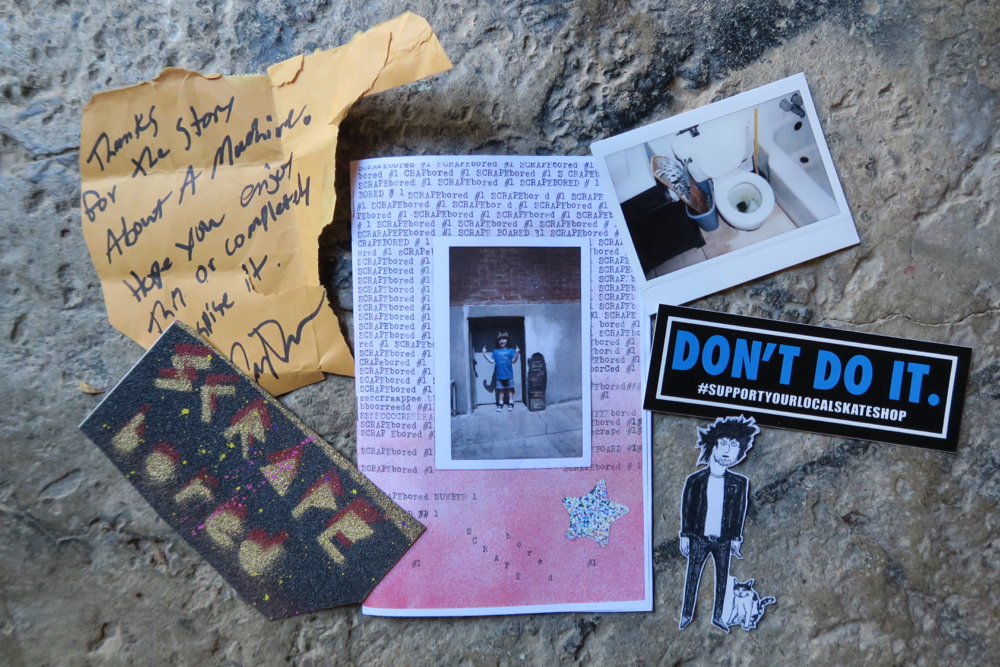 If you’d like to get a similar care package from Casey, and help the local’s efforts, you can reach out to him with five bucks to 1818 Scripture St. Denton Tx. 76201, and then follow him on Instagram for developments in the project.

Secondly, though I traded nothing for the following zine but cold, hard cash, I had to pick up the new issue of Rolling Heavy Magazine so that I could read up on the Blue Collar Bikes Econoline; 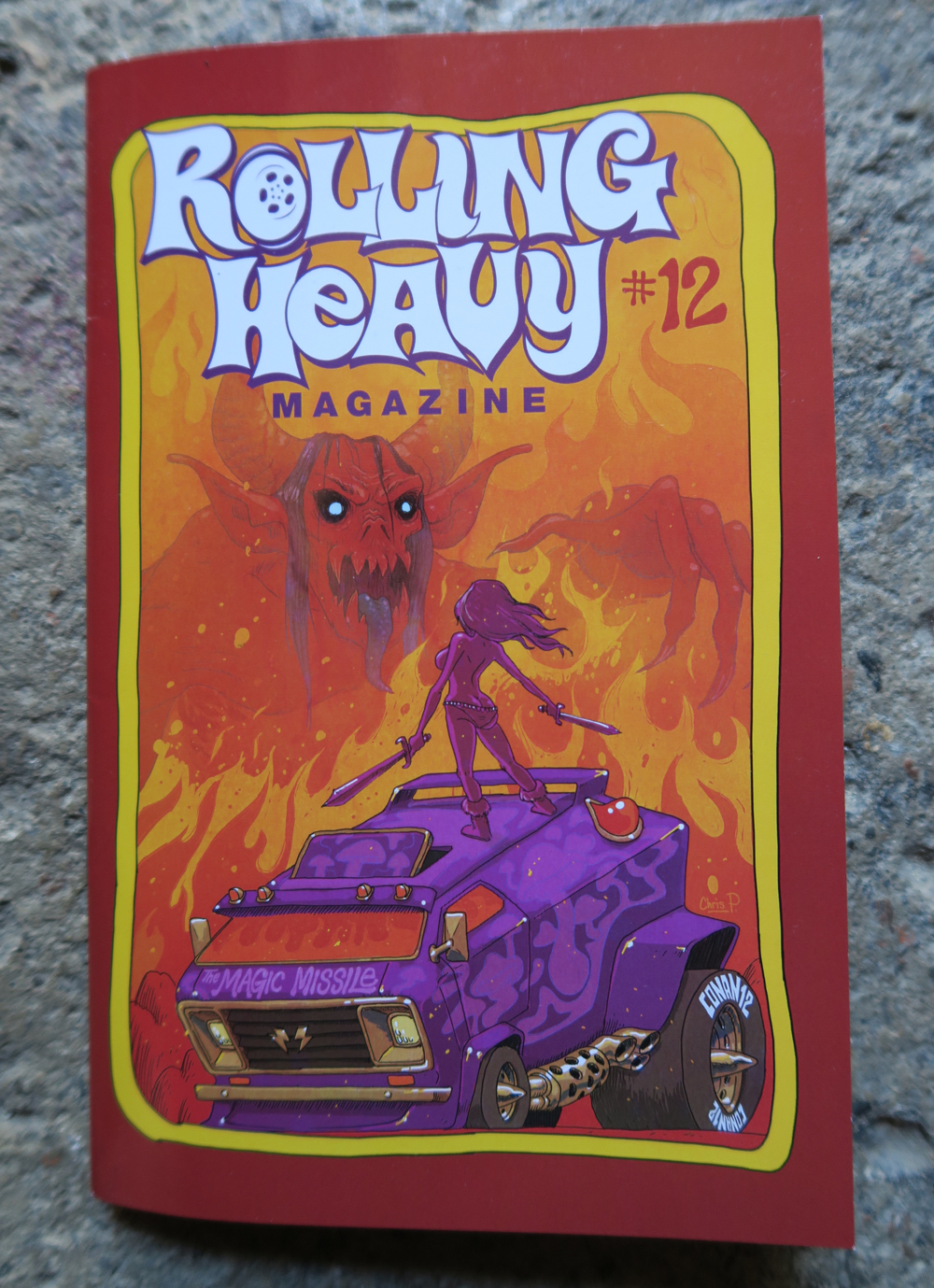 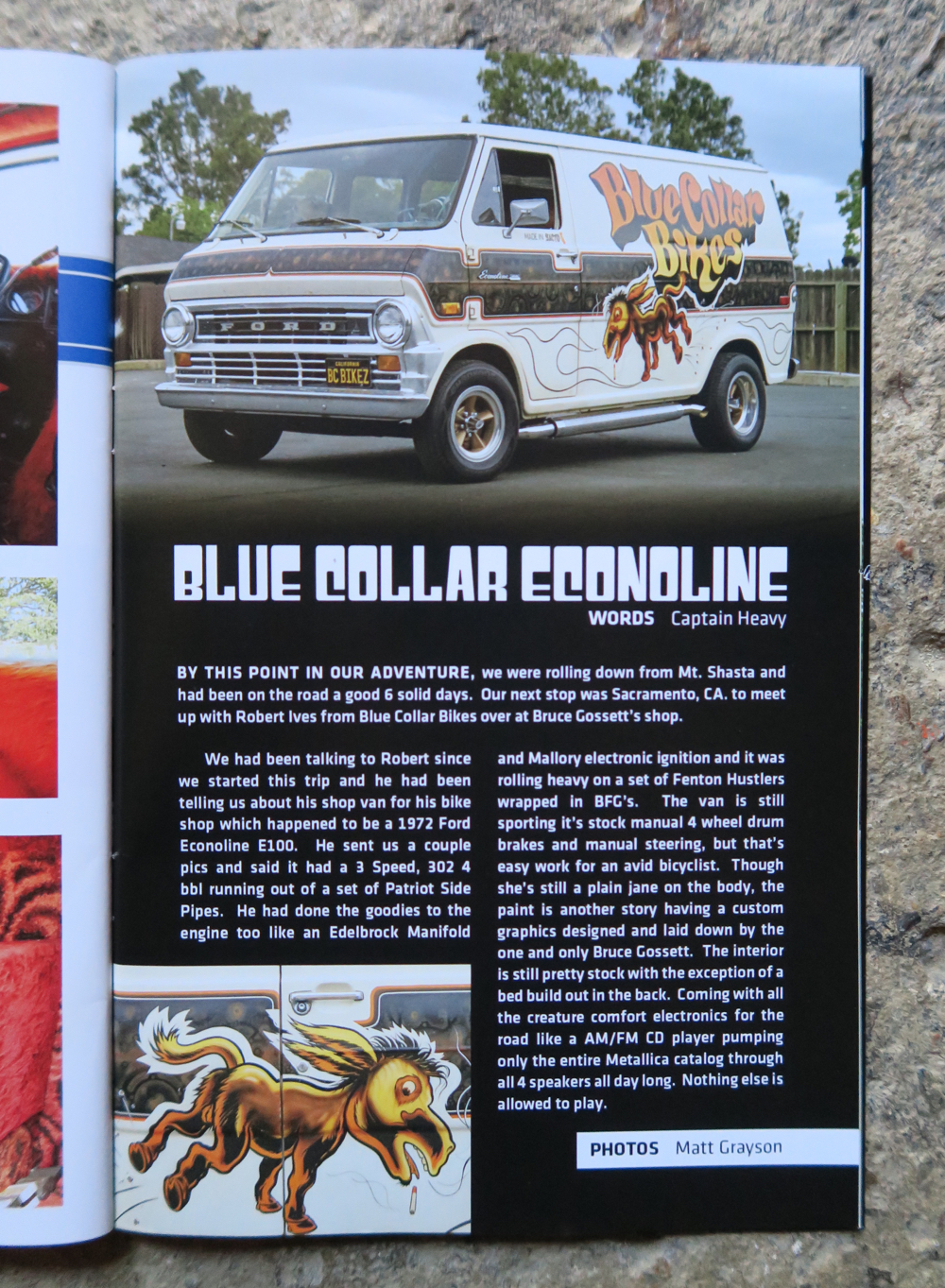 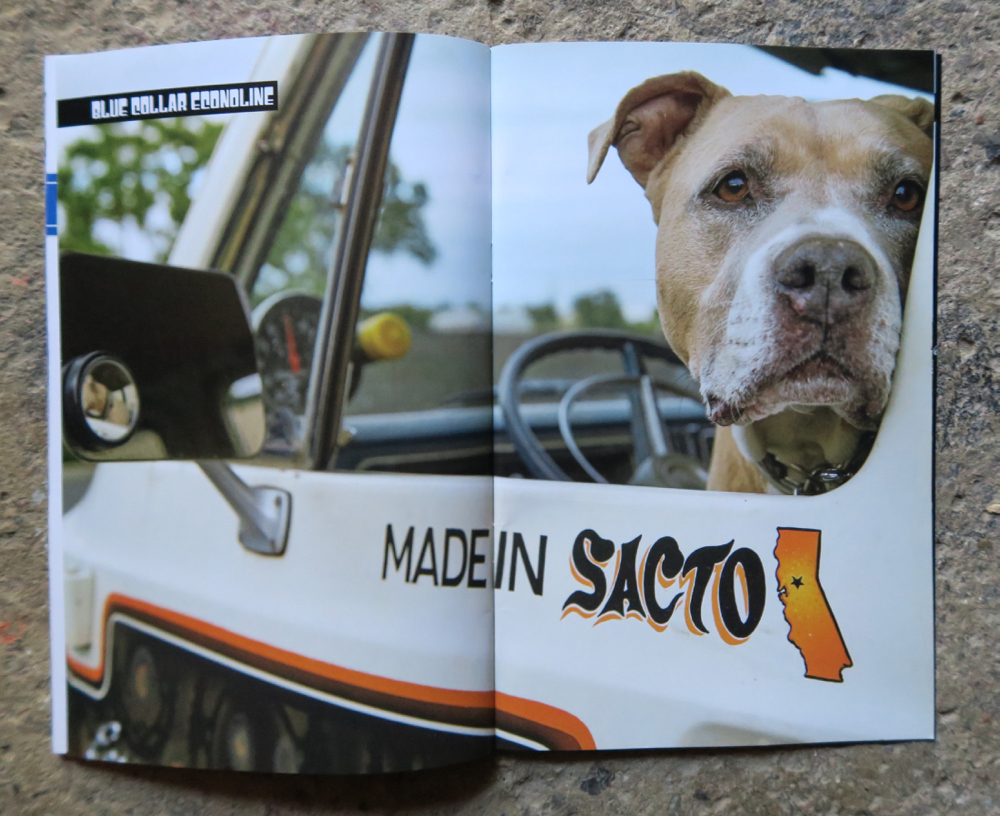 Buy one, or both or neither, though that last option doesn’t do any good for anyone.

Along with a bottle of vino, crack open your new pulp, devour all of the information contained within, and with a heart and head filled with news you can use, descend into a slumber of the innocents, followed by falling face first squarely into your plate of spaghetti.

5 Responses to “Fridays are for relaxing.”