You know how sometimes you’re moving along though your existence, and then life gets in the way?

That’s kinda what happened yesterday, so if today’s post sucks, then let’s look at this as a preemptive excuse/apology.

That being said, let’s get on with business, and see what what kind of blood we can get from this turnip.

Firstly, I’d like to direct your attention to a post I wrote a coupe of weeks ago over there on the Instant Grahams;

On one cold and rainy winter Saturday night in 1988, Pentabike Dave and I drove to Boulder to hang out at KGNU and play some records on their weekly punk show ‘Smash It Up’. This was after Vanzetti had left the program, and it was being hosted by anyone who happened to have a 10:00-midnight block of free time and a penchant for the noise. As soon as we arrived, the two curly-haired fellows hosting that particular week’s show played Killdozer’s ‘Hamburger Martyr’ and it went downhill from there. For fun I brought TSOL’s ‘Hit And Run’, (1987) which we broke on the air, and then Dave and I dipped in to their collection to see what we could see. Being shifty shitheads, I lifted a copy of Tales Of Terror’s LP (1984), and Dave helped himself to a copy of Big Black’s ‘Lungs’ (1982); 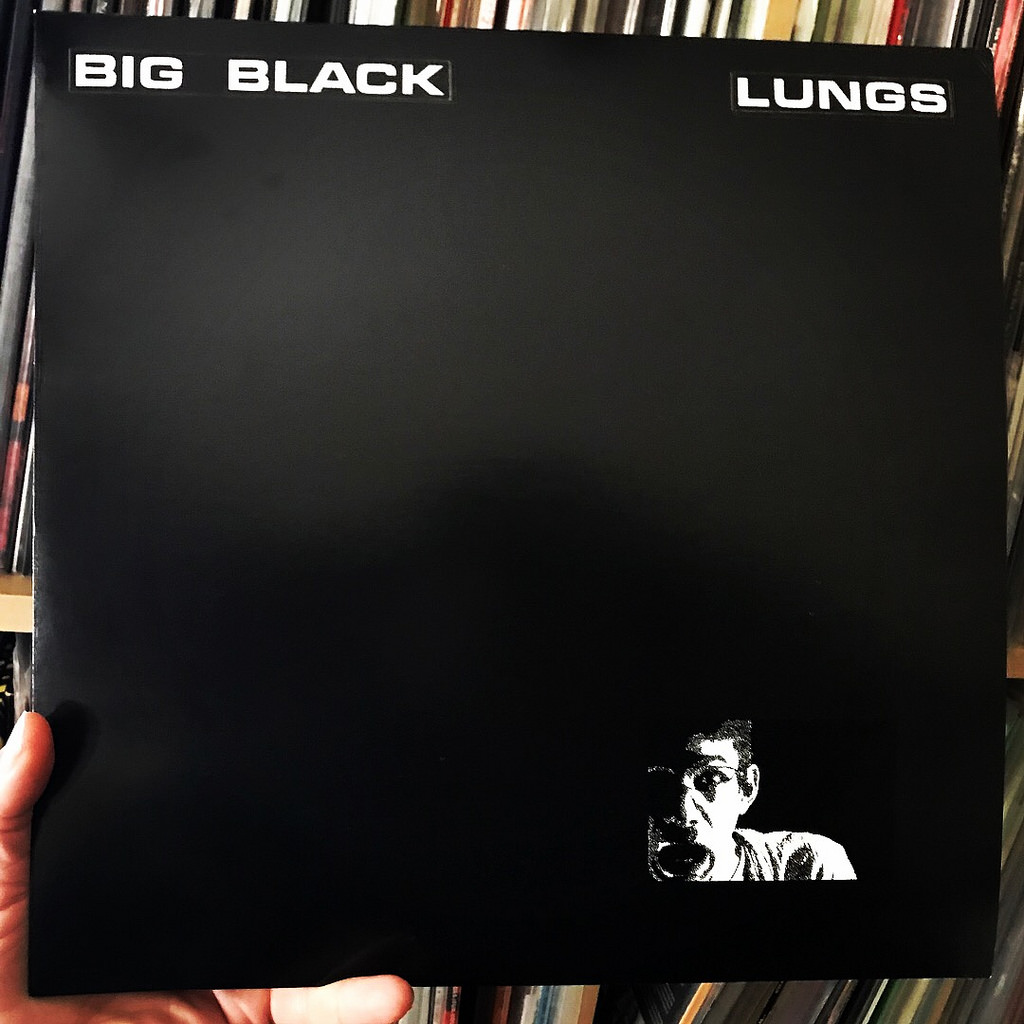 Besides that night, I’d never seen an original, until yesterday when one that was found in Steve Albini’s basement arrived to my house. I would like to note that years after the night in question, I anonymously shipped both the Tales Of Terror LP and well as a copy of the then-recently re-released Lungs EP back to the KGNU offices, both of which I’m sure were immediately thrown in the free box.

So as if the question needed to be asked- What kind of a shithead kid was I in 1988?

Anyway, I guess somewhere along the way my karmic slate was wiped pretty well clean, because it was just yesterday I opened my PO box and found this waiting for me; I don’t know who sent it to me, but the fact that they did, means more than I can say.

For those who might be unfamiliar, (besides The Amigos, Blue Collar, Sam Cunningham, Squid Bikes, and Ricky Winsor), Tales Of Terror was just about the best thing to ever come out of Sacramento;

Of the myriad of bands I’ve missed seeing in my life, never having been present to see Tales Of Terror play live is one that hurts the most.

As the adage goes, one good turn deserves another, so to the bike shop where this package originated, I’ve sent a gift of thanks. On the chance that the mystery person who passed this treasure on is reading these words, in a few days, stick your head in and grab the goods I’ve sent back.

In other news of bad people doing good things, as well as the glory of punk rock, I got a heads up from my old pal Snakehawk who shot some words at us regarding just exactly (besides maintaining an awesome chest of hair) what he has cooking these days;

So it was a little rattle first, and then a couple of heads get together and think about it and it’s a bit more. There was a line pitched. Something to the effect of how things lounge in our old punk shadows (Bianca Stone). Knowing the way a “purist” will stick to a thing of importance, not for benefit or gain, but for comfort and place, having perhaps coveted the things that Dave Stohler did, and belonging to a harsh world we enter wearing but our leotards and fending for ourselves sometimes, there continues to grow yet another dichotomy of us now who either don’t understand Campy or revere it.

Frankly what matters isn’t the worth but the importance. It’s pretty pricey, it’s foreign in a way that may threaten egos, and unapologetically both. And I already feel like I’m clawing to justify what this might be about, when in actuality, if you see it and you feel it, you don’t need the explanation;

So I made shirts; I’ve been at some new design work, too, so poke around the whole site if you care for a little eye-tickle.

Much wind at the back,
@champagne_rodman
Casey Somethin

For the sake of full disclosure, Snakehawk and I have known one another for somewhere in the neighborhood of fifteen years, though we’ve never physically laid eyes on one another.

Ours is a relationship that gives me hope for all things internet, and one day when we finally cross paths in the real world, angels will sing.

Moving on from punk rock Italians, to punk rock Filipinos, on Monday afternoon I got a call from JMak asking if I’d like to go on a mountain bike ride.

Some might remember JMak from Swobo V.1, Swobo V.2, and Swobo V.3. Others might know him as one of the best beer drinking buddies in the whole world. While others might simply know him by name and reputation alone. The short version is everything you’ve ever heard is true, and I was honored to join him in the woods; It might seem odd that one of my dearest friends, and actually someone I initially met through riding mountain bikes would be a person I haven’t actually ridden with for over a year and a half, but with age comes varied interests, time restraints, real-life responsibilities, and so on.

It’s akin to having a childhood friend who was always a tried and true co-conspirator when you needed a compatriot with whom you’d hide in the rocks and throw snowballs at passing cars, or light bags of dog crap on fire on Old Man Jenkins’ front porch, but with the passage of time, those shenanigans come farther and fewer between.

Actually it’s not akin to any of those things… It’s exactly that.

But I pass no judgement, and though we still see one another on the regular, two wheeled adventures fell by the wayside.

To say I was happy to get back into the woods with my pal is an overstatement, and even after all this time, dude still has his skills on lock; Finally, closing out today’s effort with one more story about friends, Laura from Soulrun got in touch with a bit of info as to what’s going down in her corner of the sandbox; Things are going great over here, I think I told you all about our new dogger Harley, he’s awesome! He’s got a real bum leg but it never stops him he’s always smiling and can’t wait to walk with the rest of his pack. Such a good boy, can’t wait for you to meet him! I’ve got a bunch of lovely gear in my shop right now and was wondering if you might share? It’s always appreciated:) I’ve got tool rolls inspired by my time in Moab, dog collars, and some up-cycled Stan’s NoTubes zippered pouches. Lots more too; I’m hoping you can come out this Summer for Soulrun summer camp, we’ll have a blast! Ok, talk to you soon.

You know about Laura? She’s a crazy dog lady who is an absolute wiz behind a sewing machine, and ain’t no slouch aboard a mountain bikecycle neither.

Ifin you have a penchant for hand sewn stuff, take a poke around the Soulrun site, and see if she maybe doesn’t have something there that strikes your fancy.

Meanwhile, I’ll be standing here at the computer, reflecting on all good things life has to offer, not the least of which are friends, punk records, bikes, and dogs.

Because they will never not make me happy to be here.

6 Responses to “Just happy to be here.”