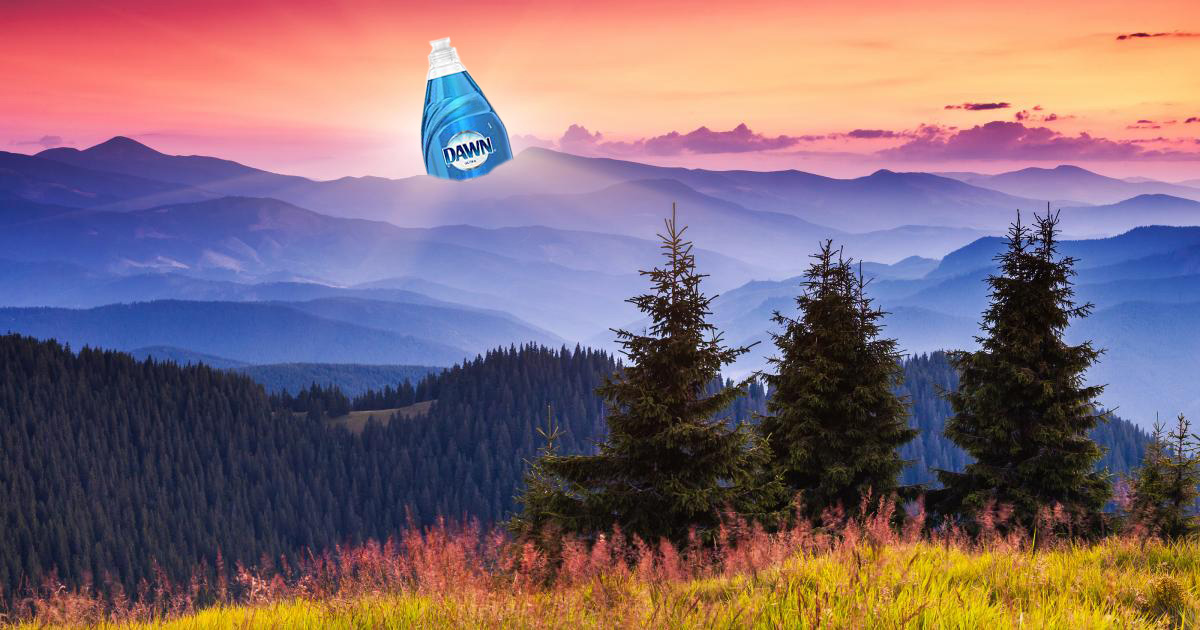 Before we scramble any eggs, I would like to announce that I’m heading to the northland today, and I’m not entirely sure when I’m coming home. Probably on Thursday, or maybe on Friday, or possibly on Sunday. One thing I know for sure is that I will be coming back with all of my fingers and toes intact, so at least I have that going for me.

Having said that, here’s the first post of the brand new schedule (which as I just noted I’m promptly taking to screwing up), and despite everything my OCD is telling me, the world has yet to burn down.

Of course on the chance that it does within the next few weeks, you’ll know who to blame.

So yeah, let’s talk about that goddamned RC truck I just finished building; 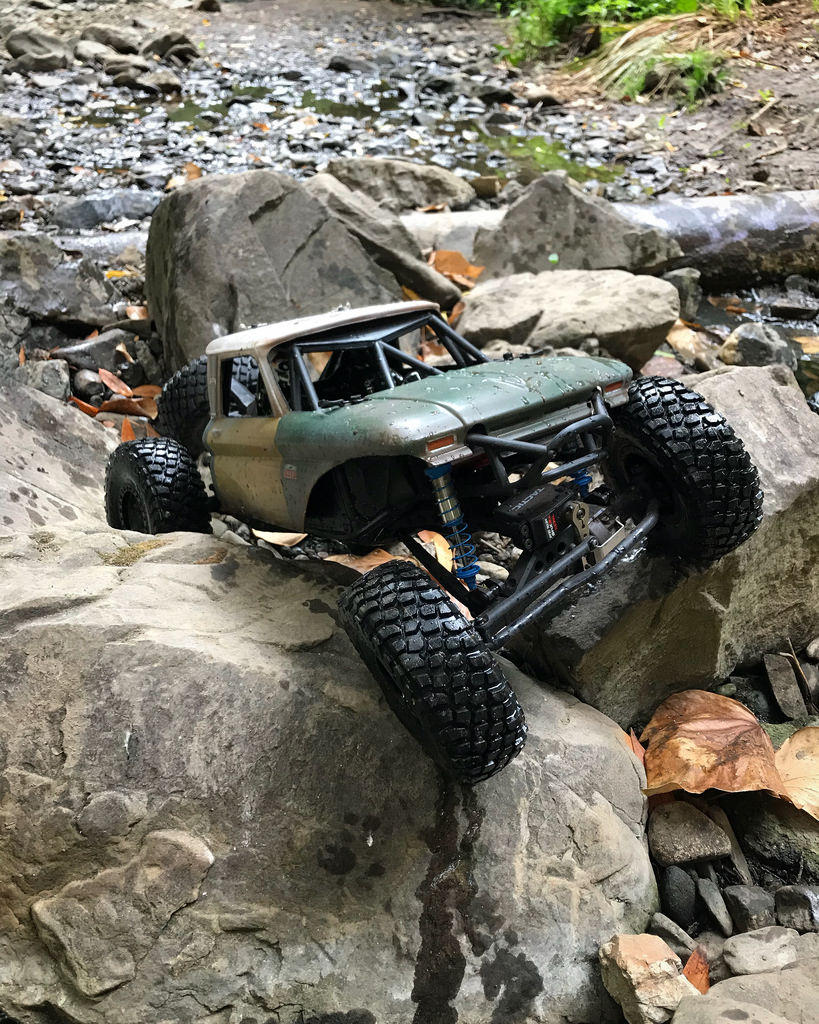 That thing is cool as hell.

Though I can’t squarely lay blame on any one individual, the fire continued to be fueled when I learned that besides pretty much everyone who works at WTB, a fella named Ty Hathaway was yet another bike person to have a thing for little trucks.

Who could have guessed that standing in the woods and playing with toys could be so fun? If you wanna add beer to the equation, that’s fine, but isn’t necessary. It’s meditative, it’s easy on one’s consciousness, and it harkens back to being small and spending hours upon hours playing outside with my Stompers;

It’s a hell of a lot more expensive than Stompers, less tedious than our annual Model Building Nerd-Off, but still checks all the boxes.

Not to tell you what to do with your life, but they’re pretty fun. 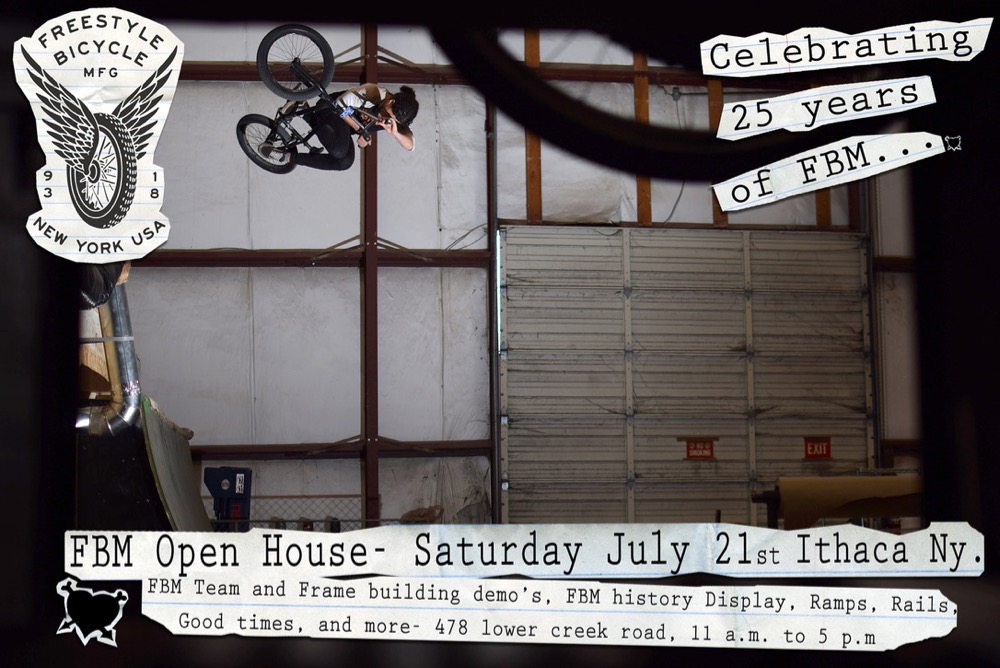 There it is almost a guarantee that you will see/experience any or all of the following;

All who would like to attend are welcome, as long as they adhere to the often overlooked Bible passage, Crandalicus 13:80;

‘Though Shalt Not Be A Dick.‘

Stick to that, and everything’s gonna be ok.

Finally, and I suppose relating to not being a dick to a degree or two- Making friends via the internet is cool.

Recently, I became acquainted with a character named Cory Ahtoong. Being that the world is small as it is, it turns out that (before moving to Sacramento), besides growing up very near where I’ve spent the last three decades, we have a good number of friends in common.

At some point in recent weeks, he posted a number of photographs he took through the late 80s and early 90s, and eventually noted that he’d sell prints for anyone who was interested. Because I’ve long been a fan of Rick Winsor, I naturally had to take him up on the offer; 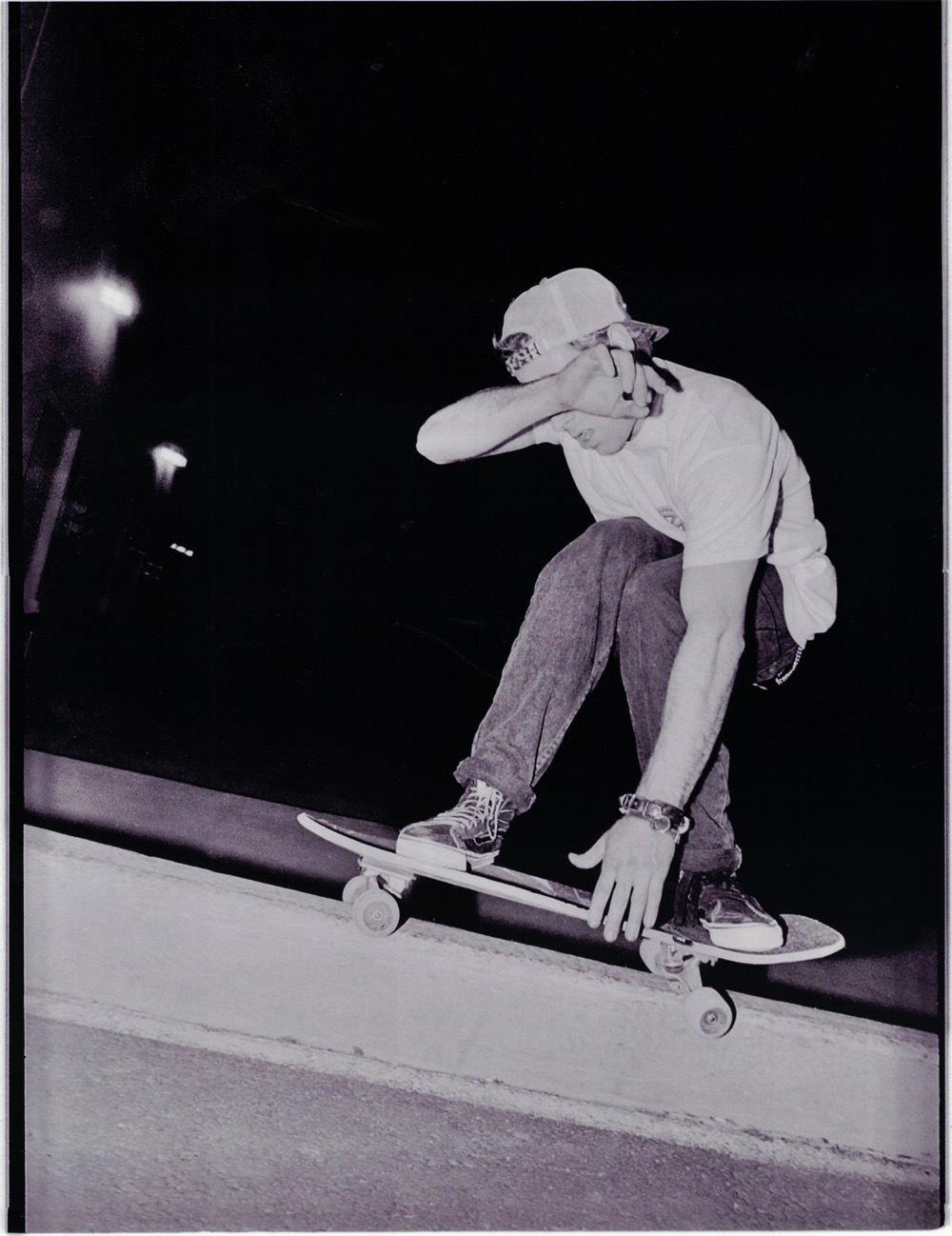 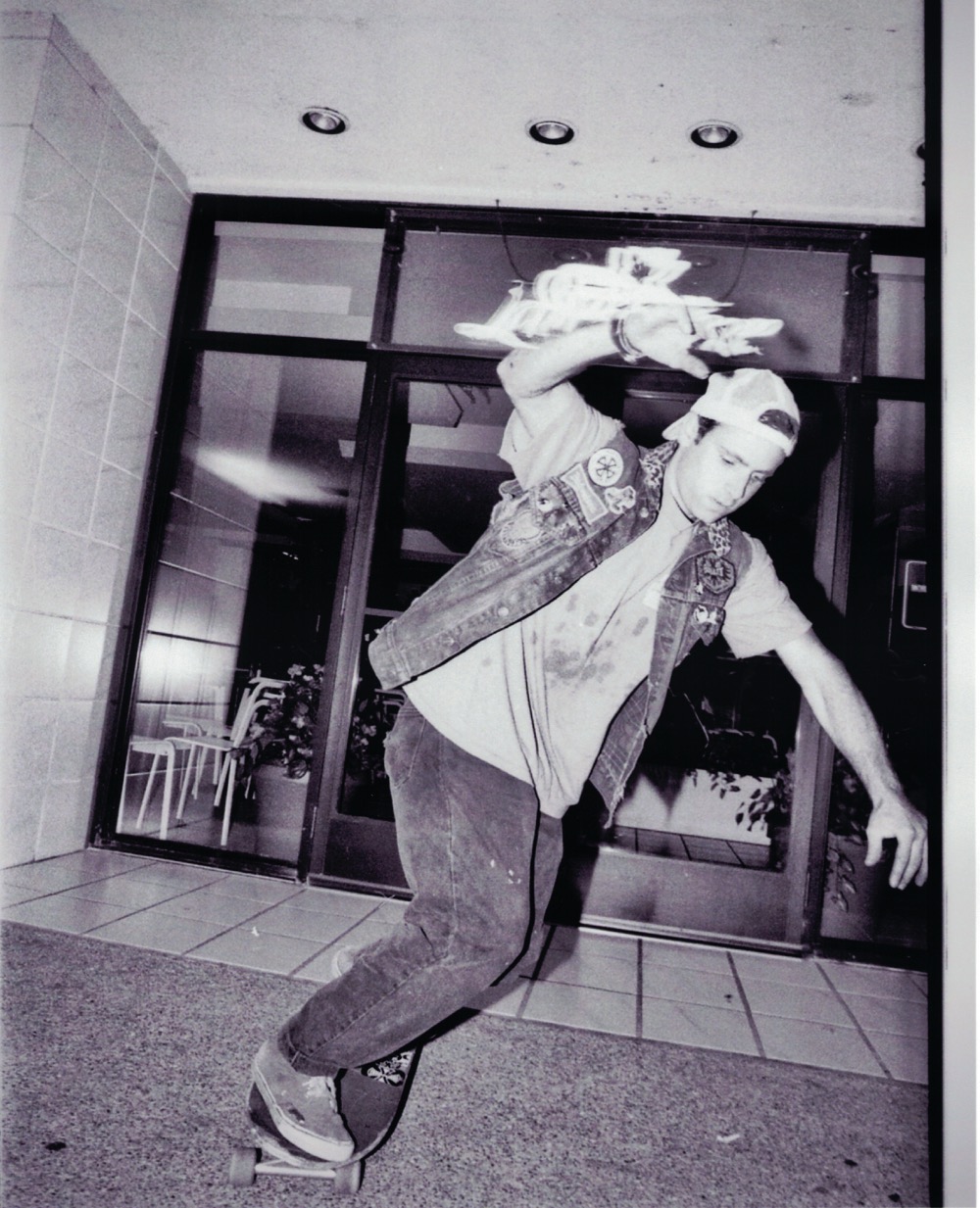 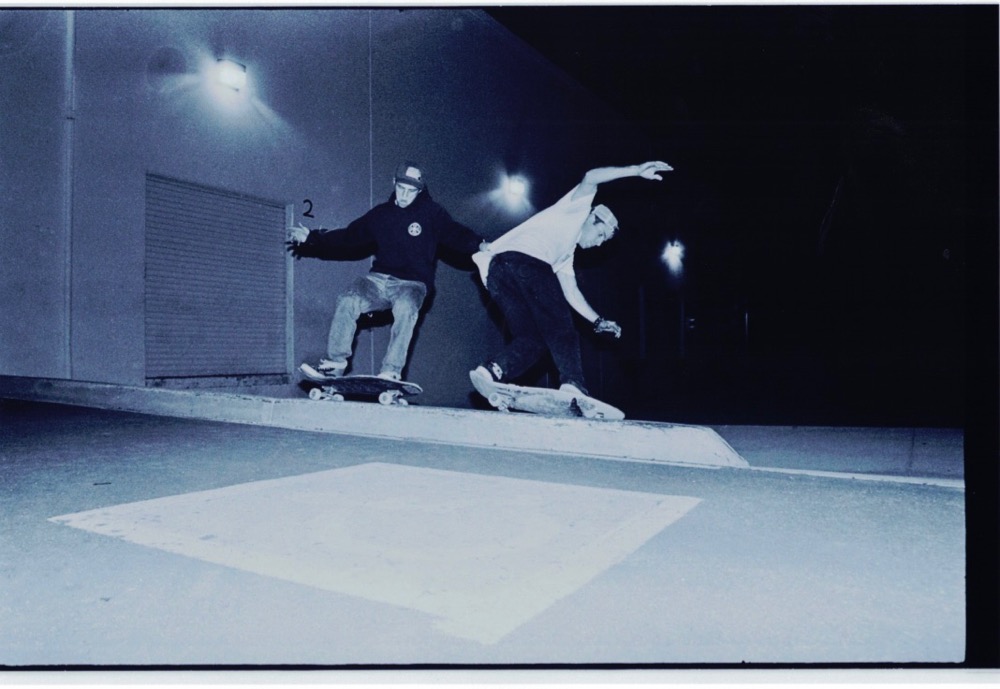 Oh, but they are things of beauty.

I realized recently that I’ve always adored skateboarders like GSD and Rick because there was so little information available about them. I’ve only actually seen footage of GSD skating within the last few years, and like this instance, of the maybe dozen photos total I’ve ever seen of Rick, these are completely brand new to me.

Previous to this, my favorite image was this one shot by Luke Ogden in 1989; 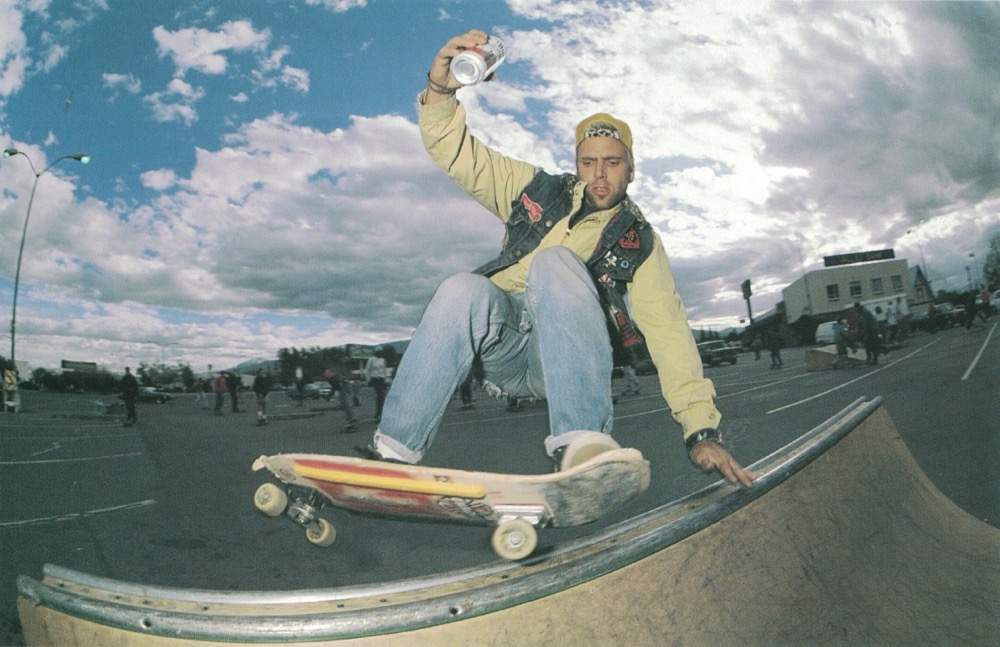 It feels good to feel good. Whether is be playing with toy trucks, barbecuing with handsome people and risking potential injury while getting rad and burning stuff, or just casting a gaze upon images of your heroes, I judge no one.

As there is no place for judgement in a new dawn.