Firstly and kicking things off for today, I probably don’t need to once again note my feelings regarding Captain Fartcloud, his current administration, or my utter confusion of those who still inexplicably support him, nor do I need to mention that ten out of ten times I keep his bloated and dour image off of my platforms, but I feel compelled to include this piece done by a person called Randy Rainbow.

Now, I know nothing of Mr. Rainbow (though I did go to highschool with a person named Randy Radar), but this clip is as the kids say, absolute fire;

There isn’t enough ointment in the world for that burn.

So hey now- I have a little bit of information to spread around here like so many canned peas. It’s mostly everything that I posted on the Instantgrahams in some form or fashion over the last couple of days, but those turds are about to be polished here so nicely that you’ll be able to see their glean from space.

Out of the gate I wanna talk about that person I’ve been doing a great deal of jibberjabbering about lately named Cher. Well, we had a real proper little hootenanny for her this weekend in celebration of her spanky new deck, a stack of which I just dropped off at her house the other night; 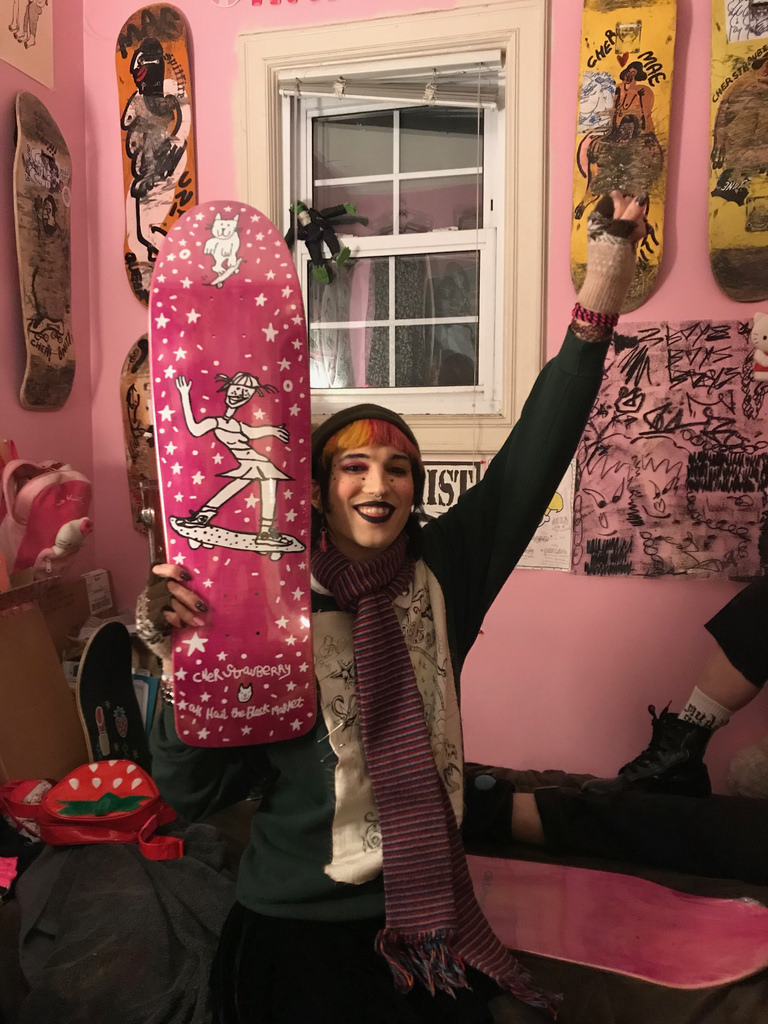 Anyway, on Saturday, we amassed with a bunch of beer/various other kinds of fizzy drinks, a stack of pizzas (it turned out the taco guy couldn’t make it after all) and got cracking on a real good time; 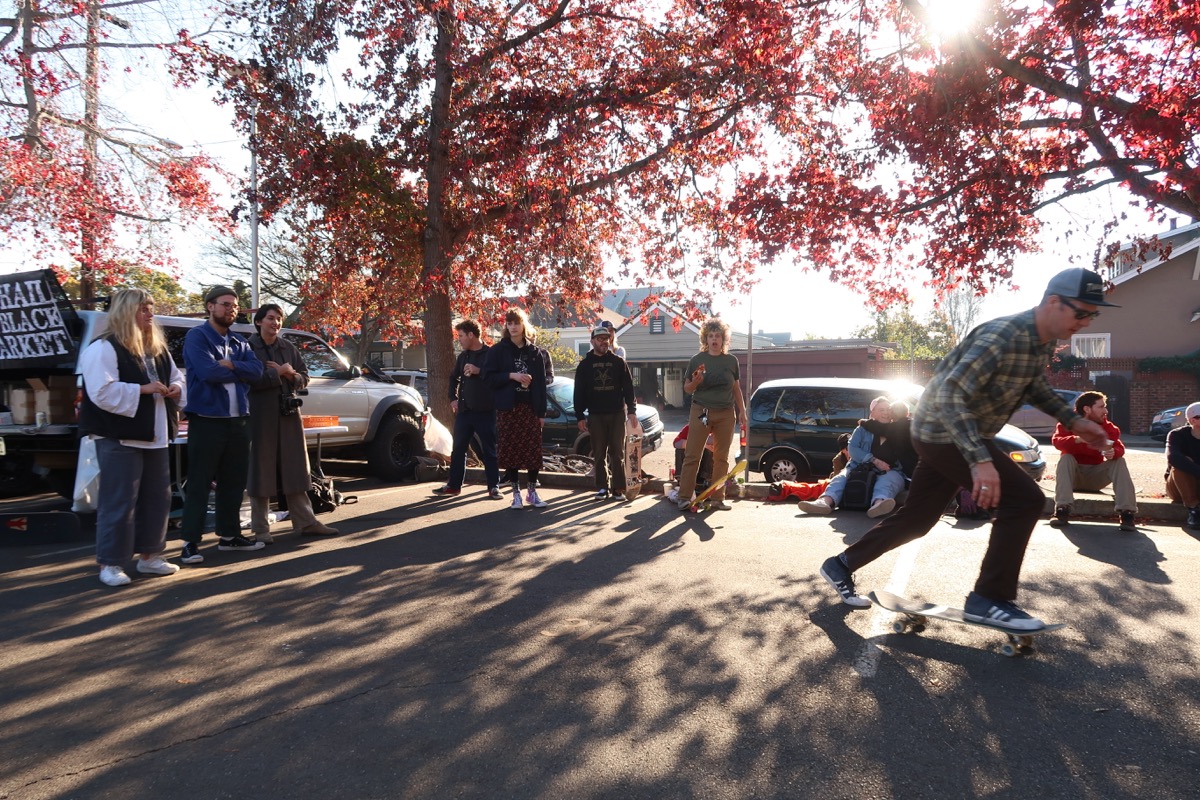 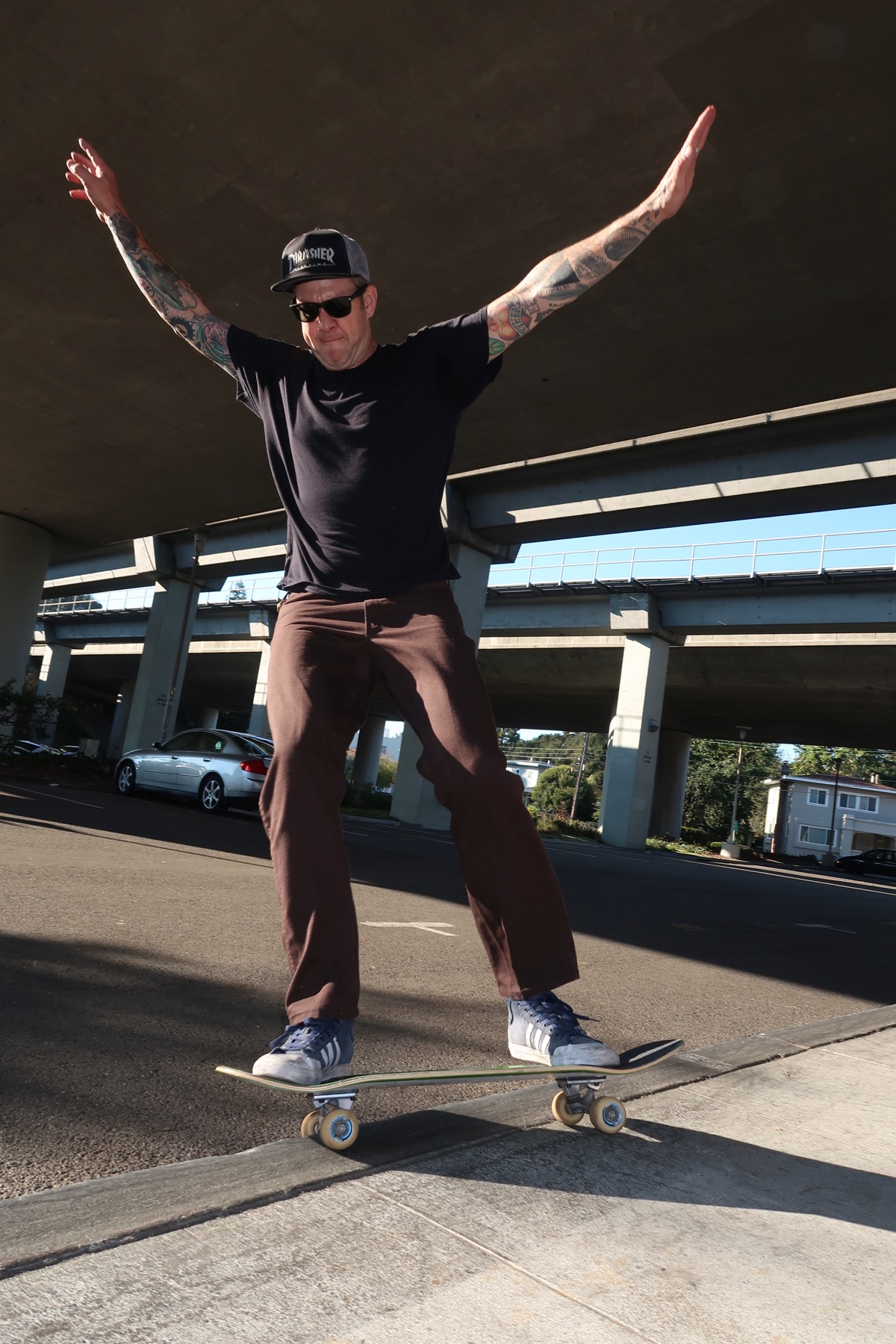 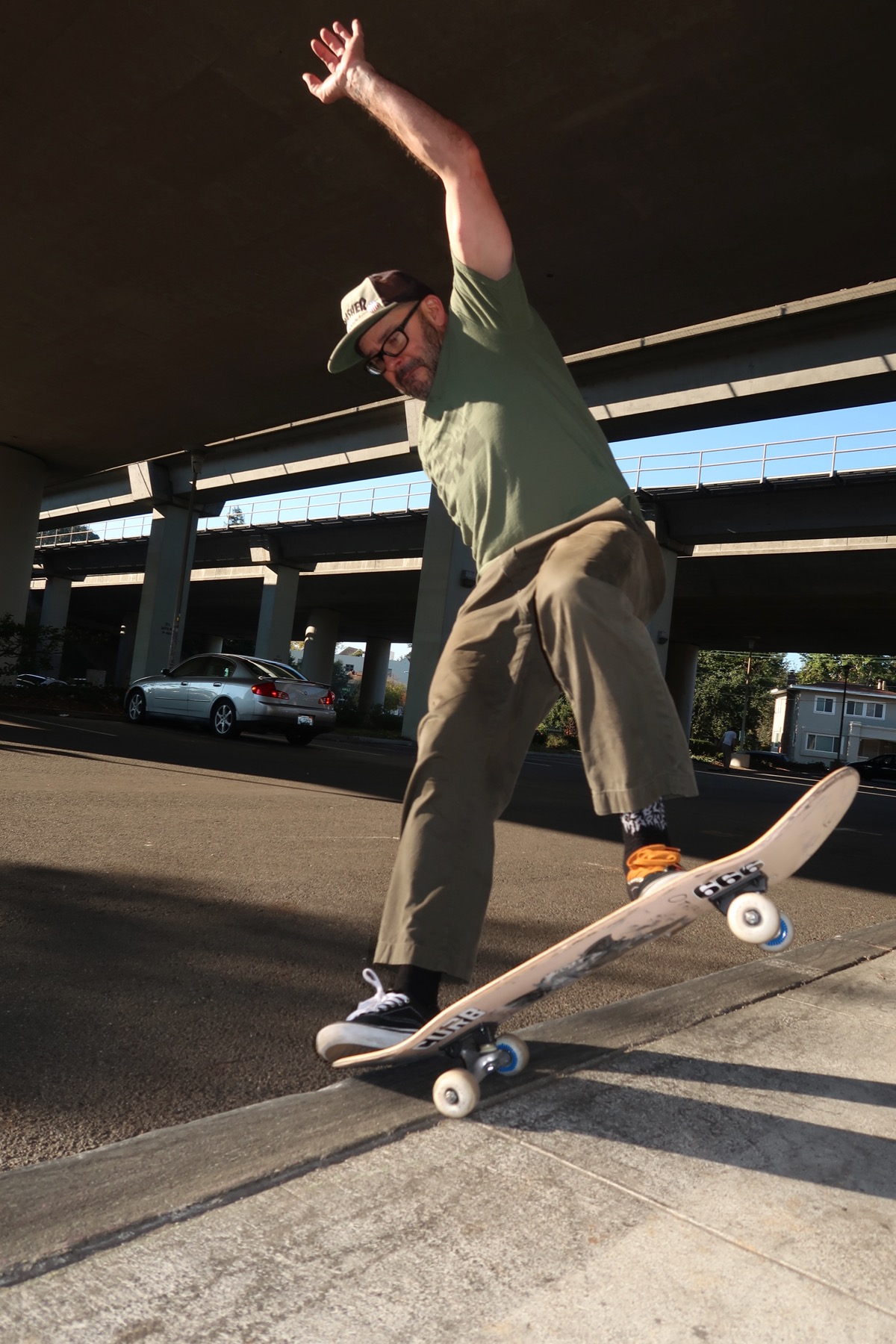 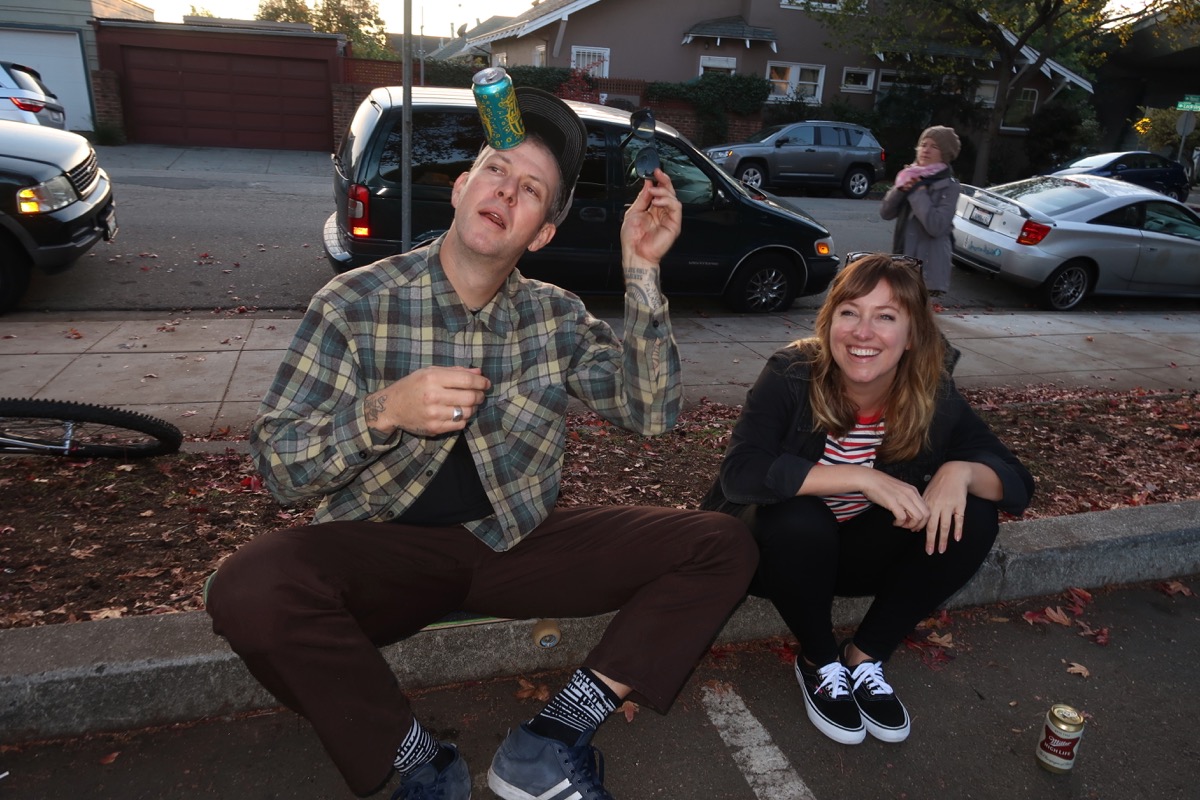 At one point I was standing behind Bernie and asked him if he’d gotten any good shots of Cher. “No. Have you?” he asked, to which I then answered “nope“. Just then, he immediately shot this; And this is why on his worst day, Bernie is a better photographer than I could ever pretend to be.

I appreciate folks coming through in support, and I do so hope folks enjoy the fruit of our labor. To reiterate briefs I’ve made repeatedly recently, if you missed the release on Saturday, I’ll be posted up in the corner at Eli’s Mile High Club tonight with a stack of decks for anyone who might like one; If you’d like one of these bad ass little planks for yourself and you’re not lurking locally, I finally have a stack of them in the store and can ship them out right meow.

Secondly, and certainly way unrelated to any of that, folks might recall that there for a little while I had serious bug up my butt about them RC rock crawlers. I ended up spending way more money than I had on one, and was having a pretty good time with it until I ran into some electrical problems which I couldn’t figure out, and then from that point forward, it just kinda ended up living on my work bench.

That is until my buddy tall Jimmy James stuck his head in last week and gave it a new lease on life.

Now, until I burn the stock motor up on it, (which I understand is on the horizon), I’m good to go. With a brand new and hopped up rig, James and I took it out on a little shakedown run this weekend; 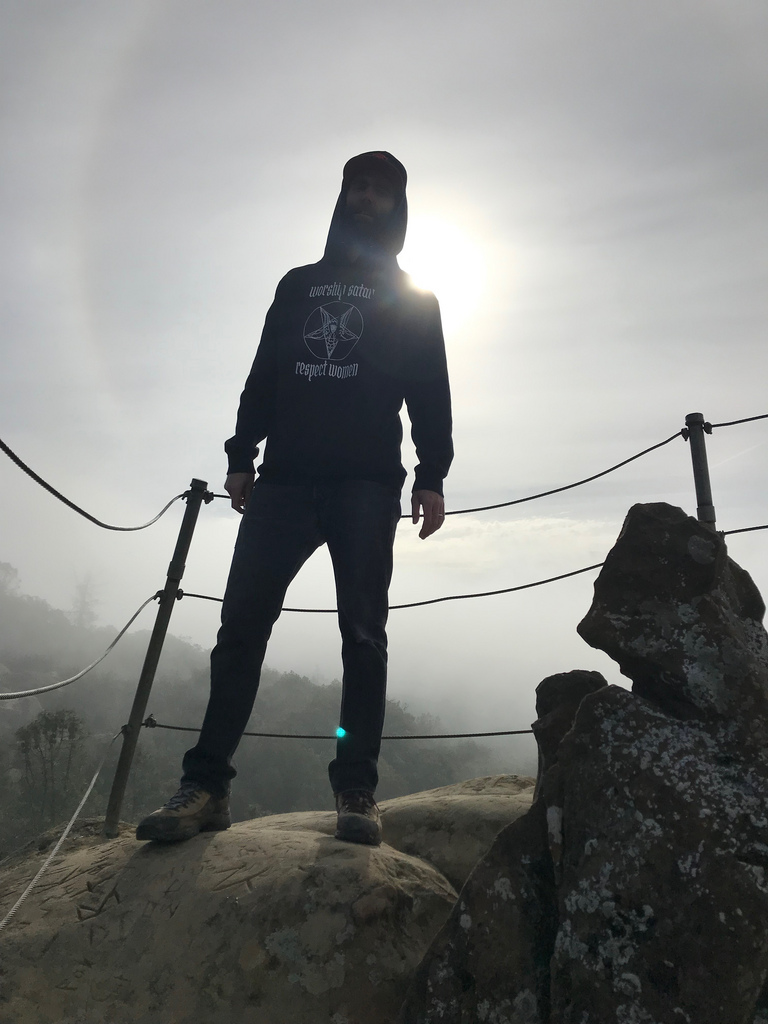 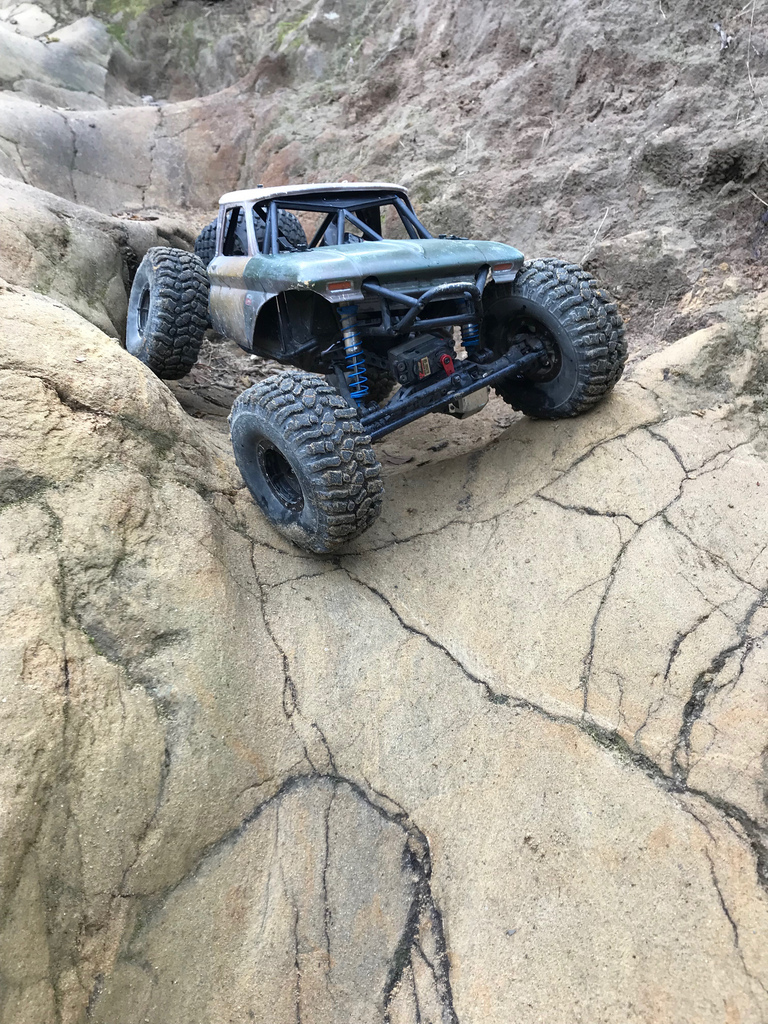 For the nerds in the midst, the new mods include a 3s battery which makes it fast as hell, a new suspension link (to replace one I broke), a new servo horn (to replace one I bent), beadlock rims/larger tires, and upgraded steel steering linkages, there is literally nothing that’s gonna slow me down.

That is perhaps, save for a new work week, general financial destitution, the inevitably of getting older, a giant rolling boulder boobytrap, or worst of all, all four.

3 Responses to “Headed into the week with gusto.”