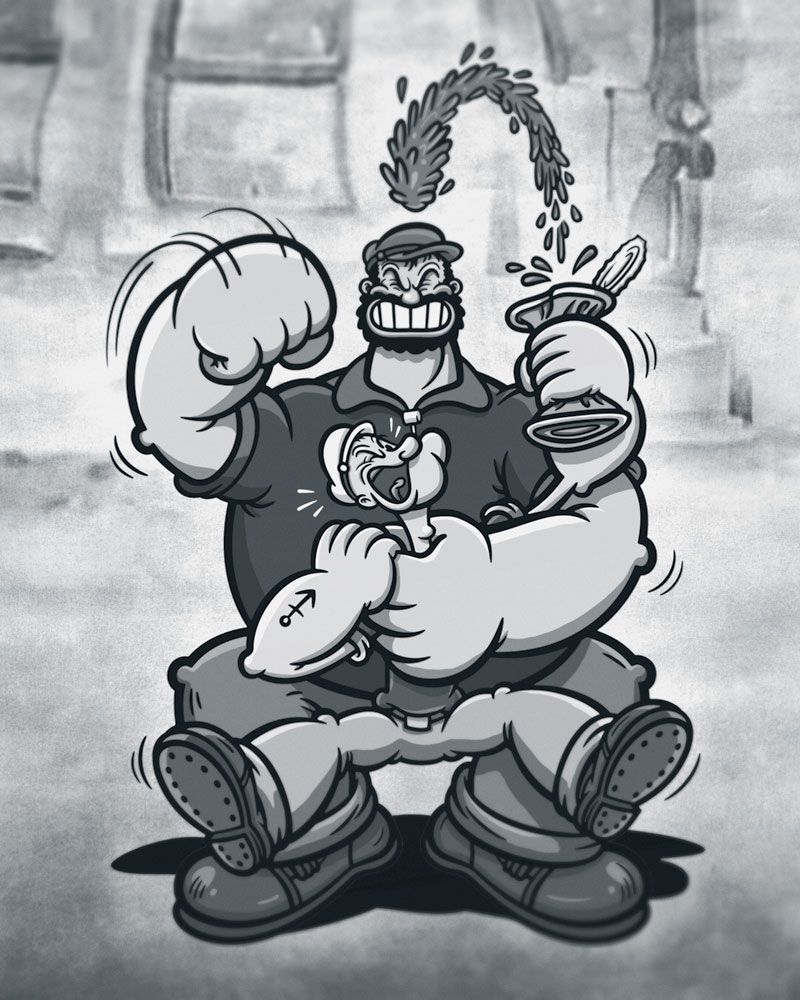 Before we get into anything, I have to ponder aloud why Bluto was also called Brutus.

Were they two different, albeit identical looking sea going bullies who both happened to have a penchant for skinny brunettes? As I just exhausted what little concern I had for the matter typing that previous sentence, the world may never know.

Oddly enough, it just occurred to me that the birthday boy I mentioned on Tuesday has a striking resemblance to Popeye himself; 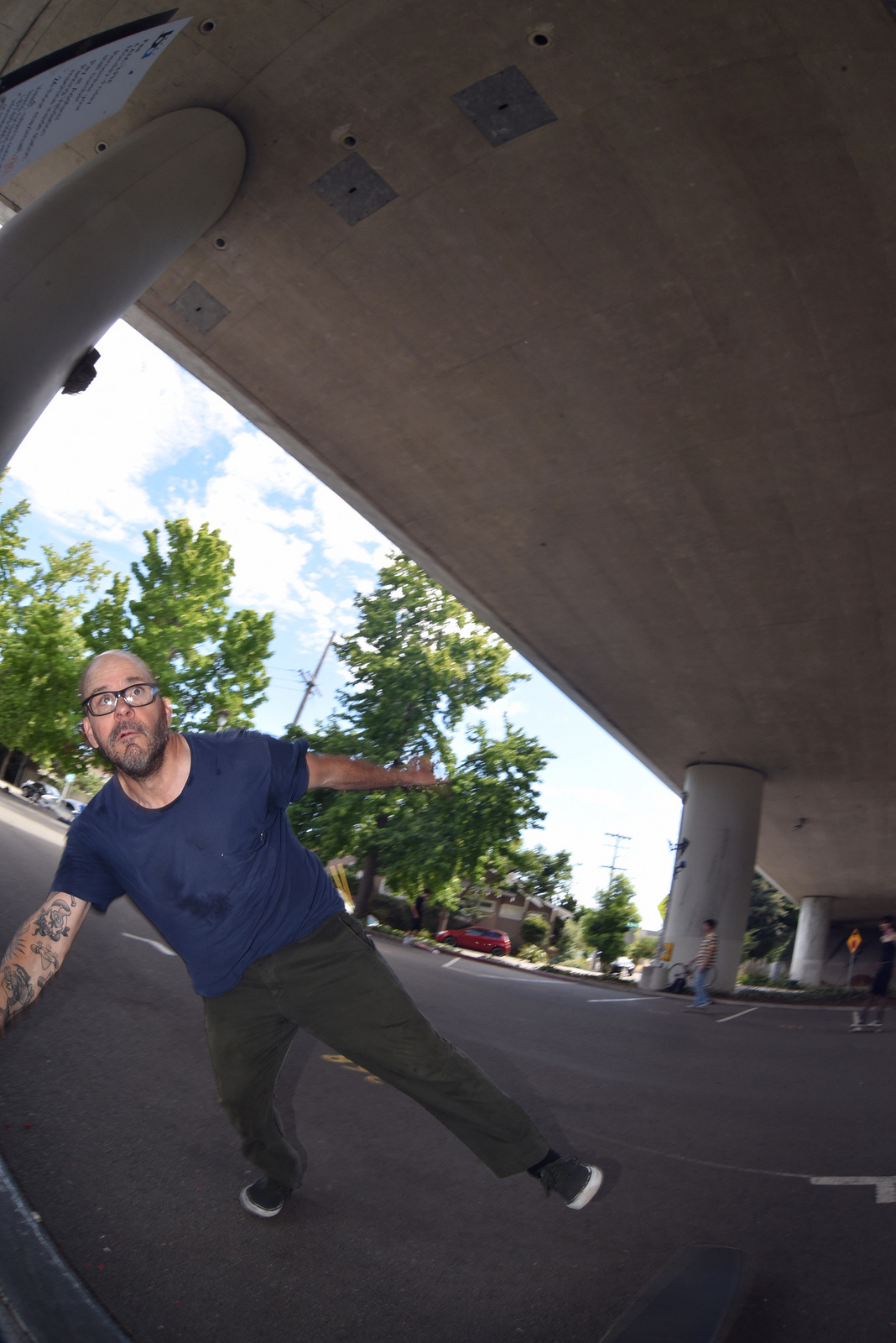 It’s not a separated at birth kind of thing, but it’s close.

Anyhü, as I was saying, though the old bean’s fifty’s trip around the sun happens today, day before yesterday we slicked back our hairs, and converged upon our local dive for some celebrations, and celebrate we did. People from all corners came out to honor this fella who to a myriad of degrees has made our worlds individually, and collectively a much happier place; 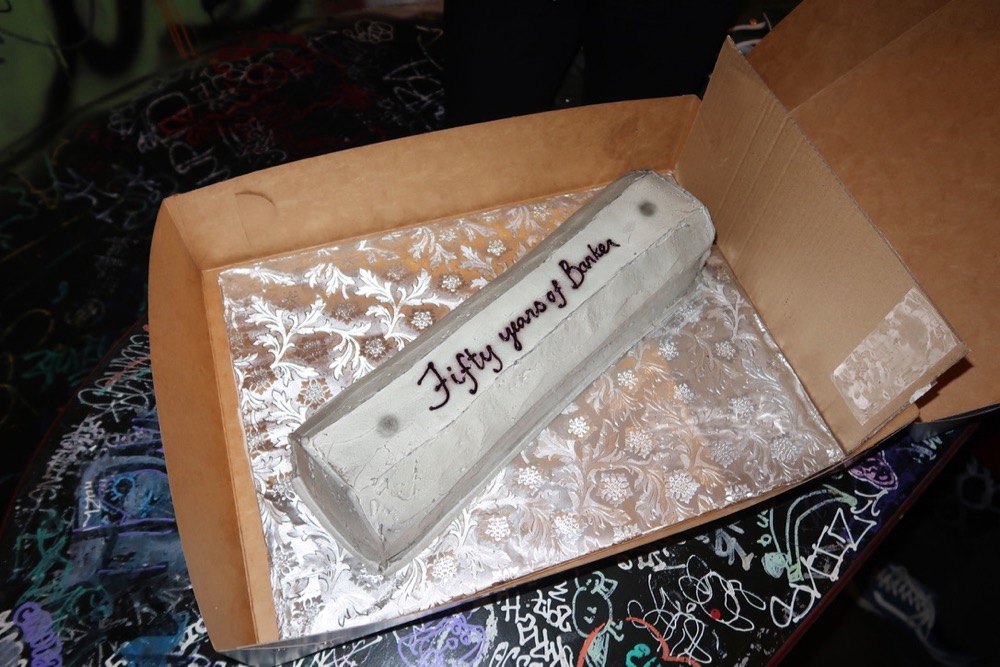 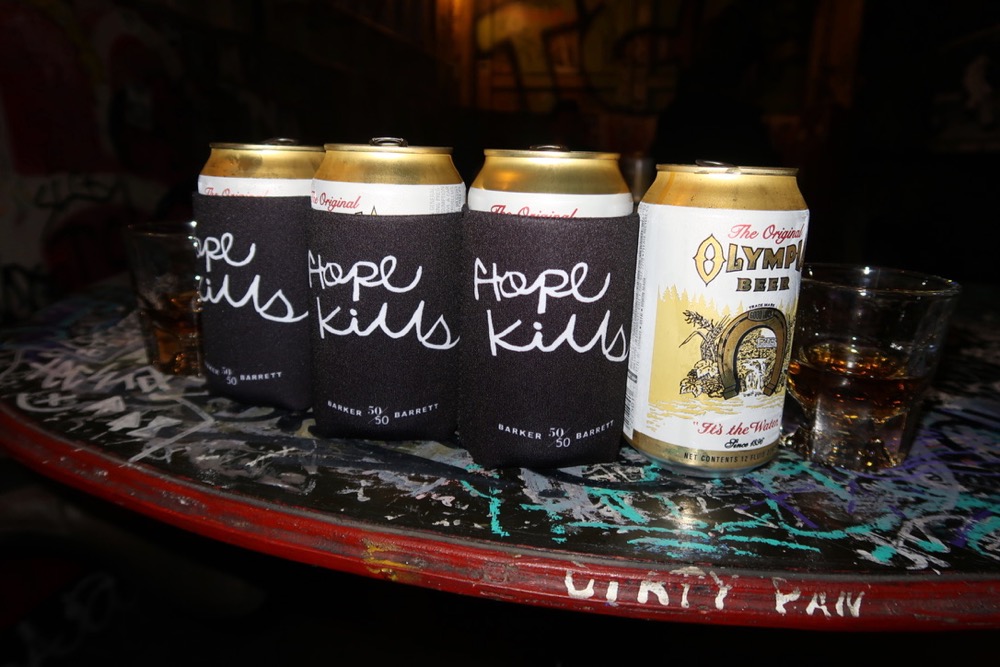 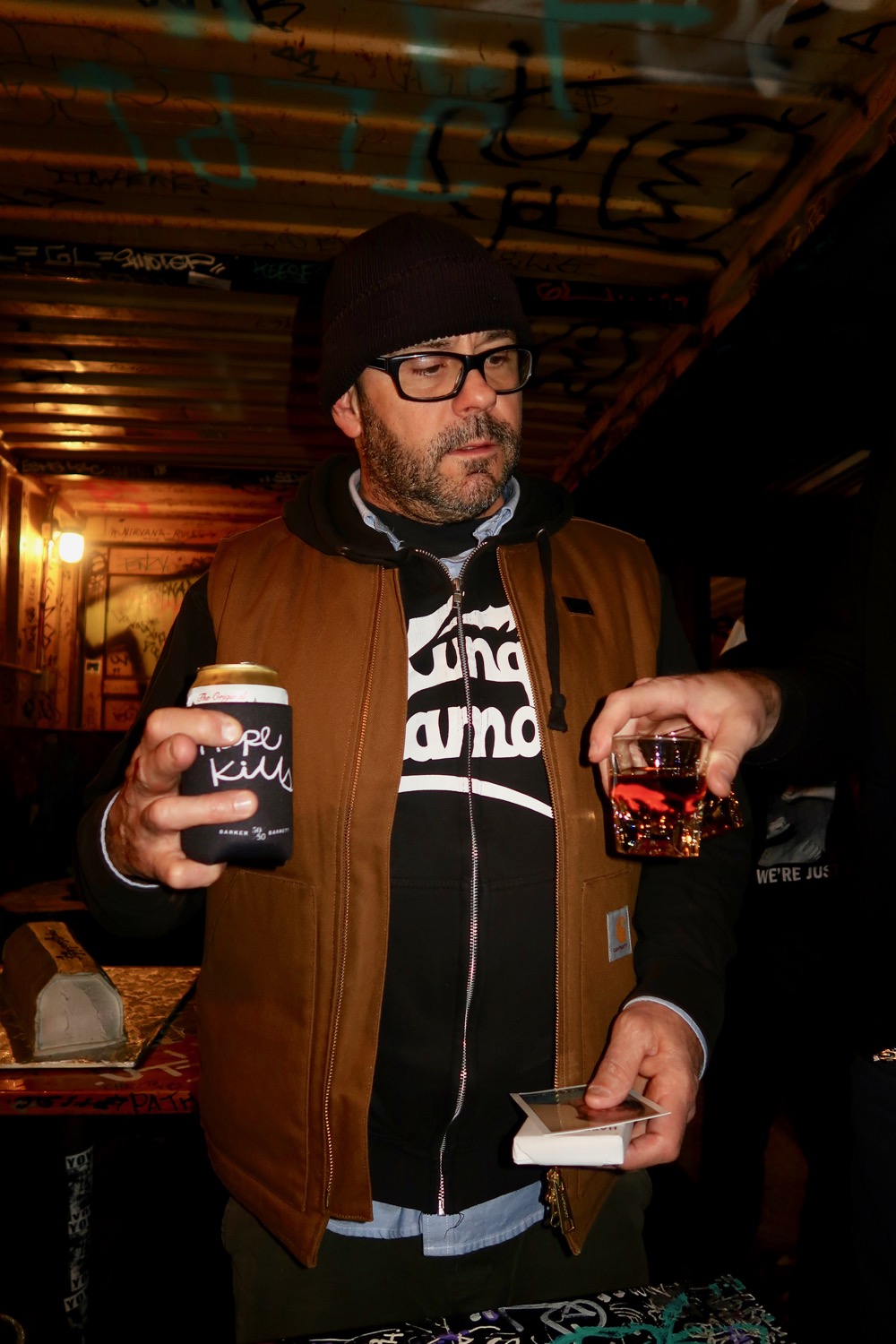 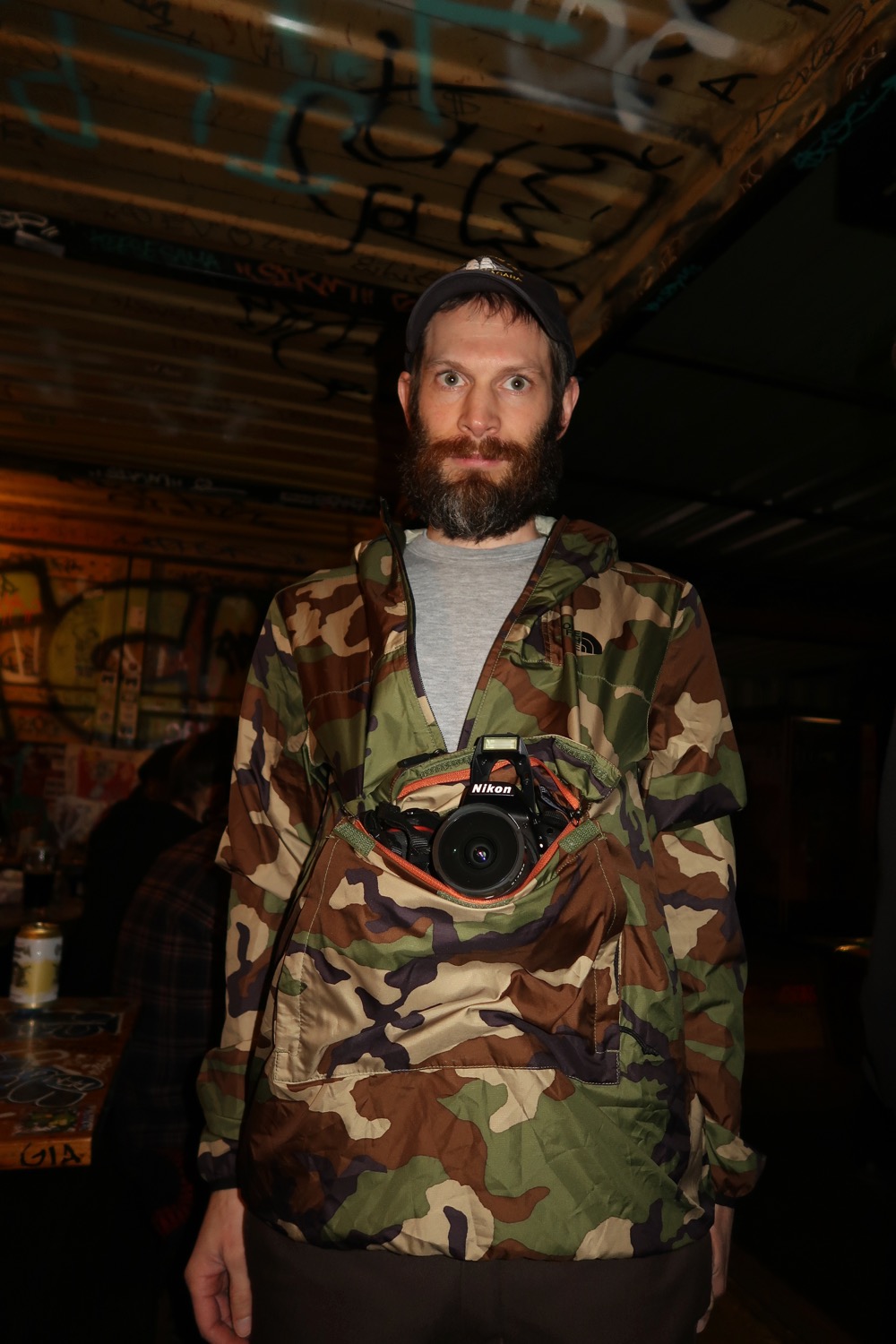 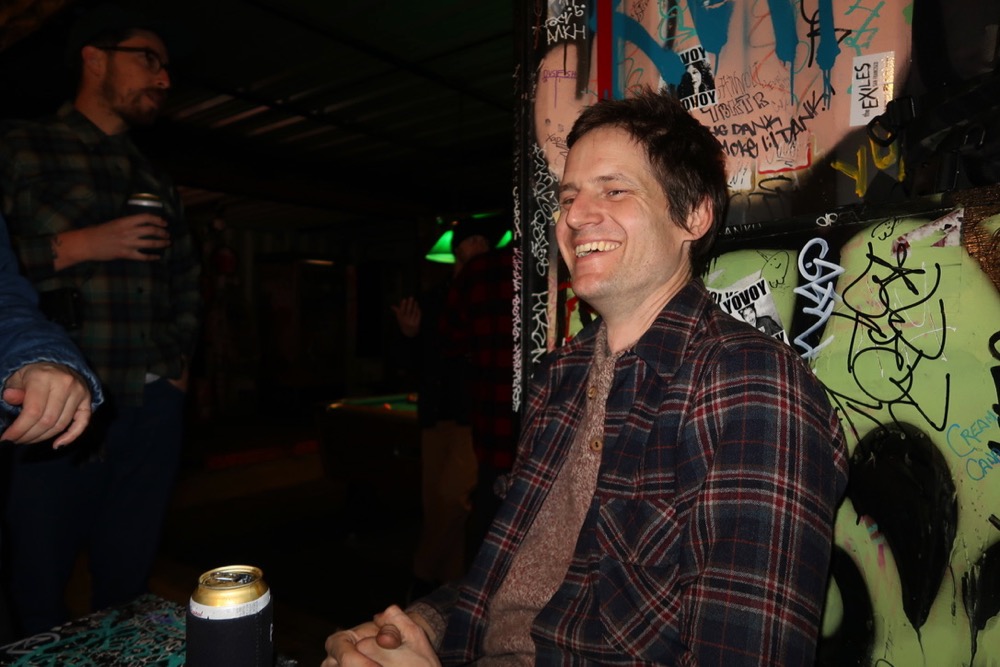 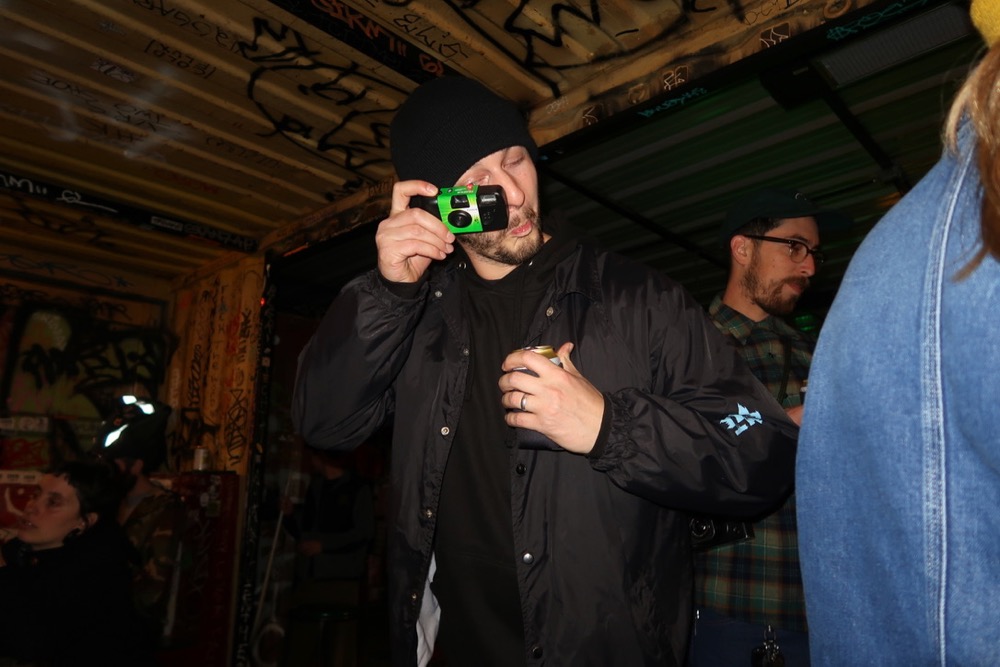 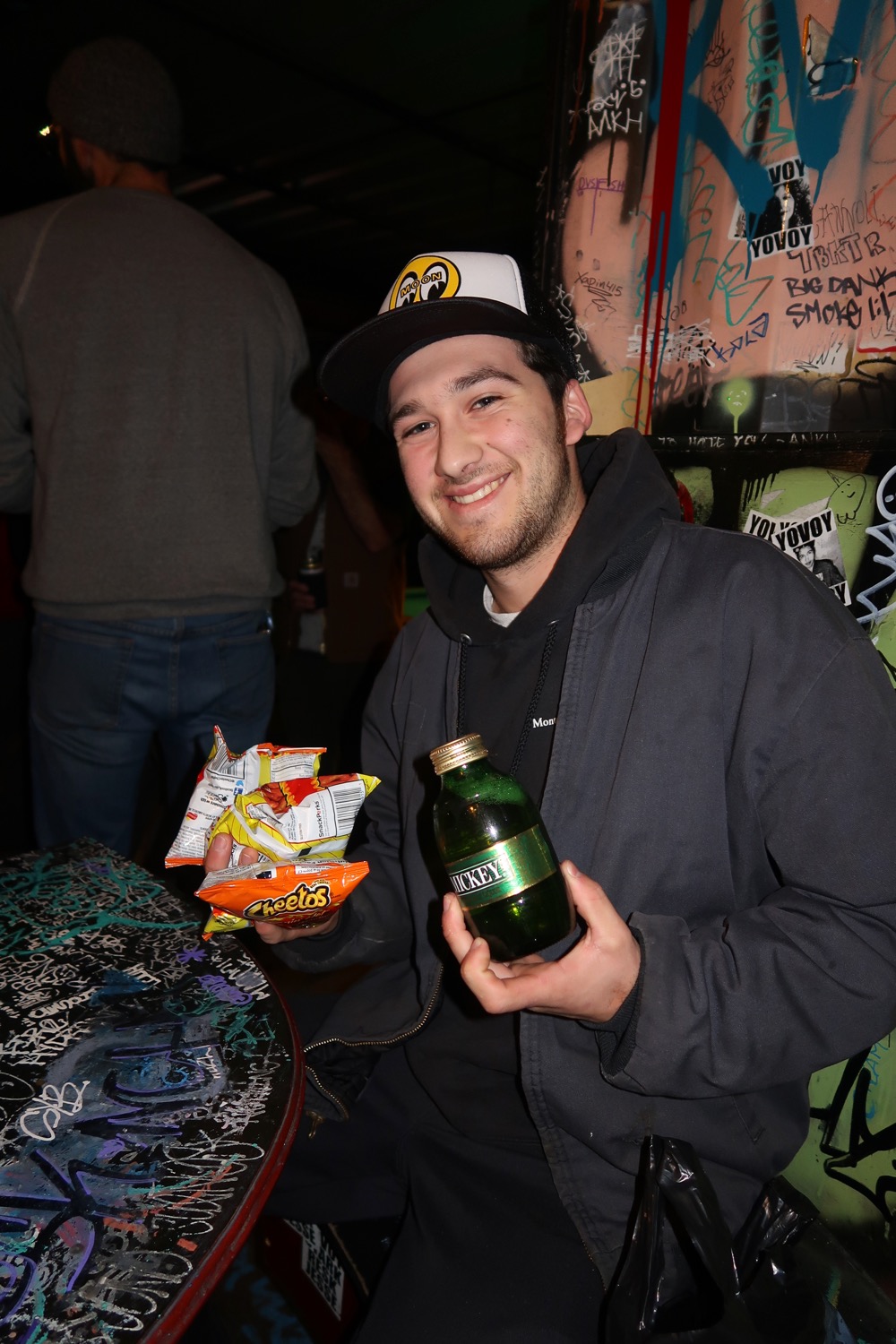 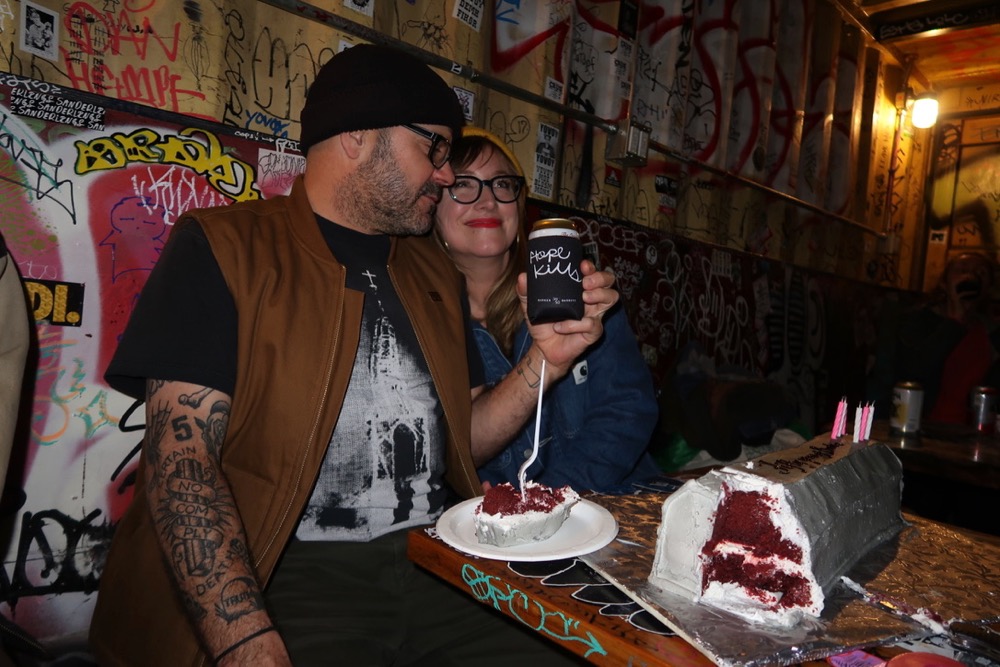 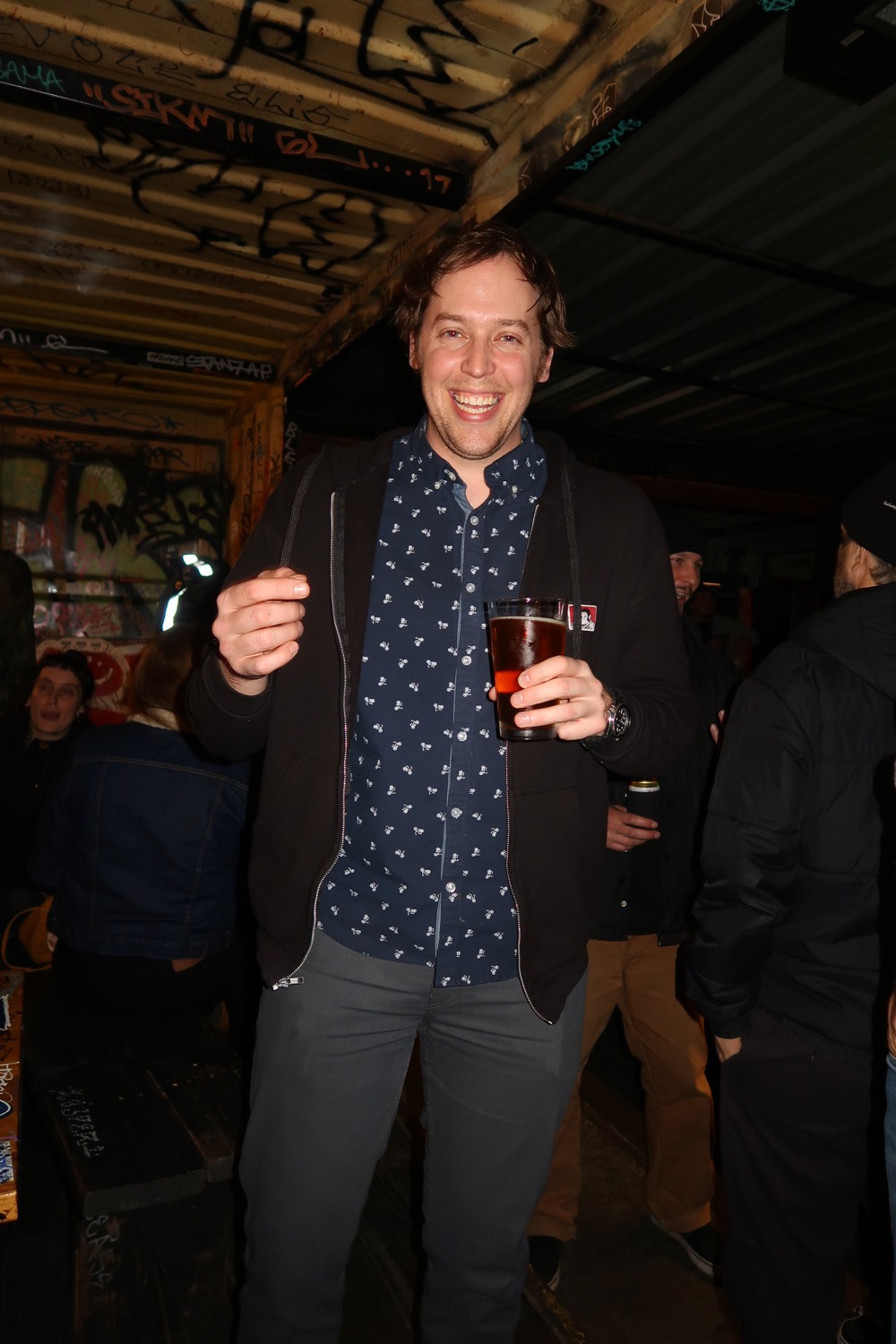 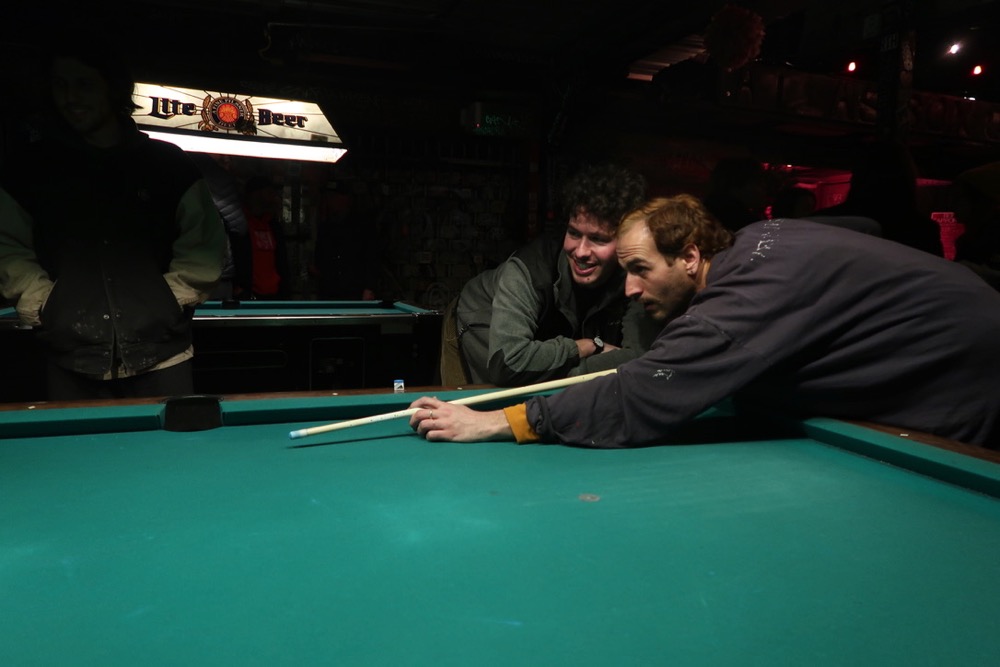 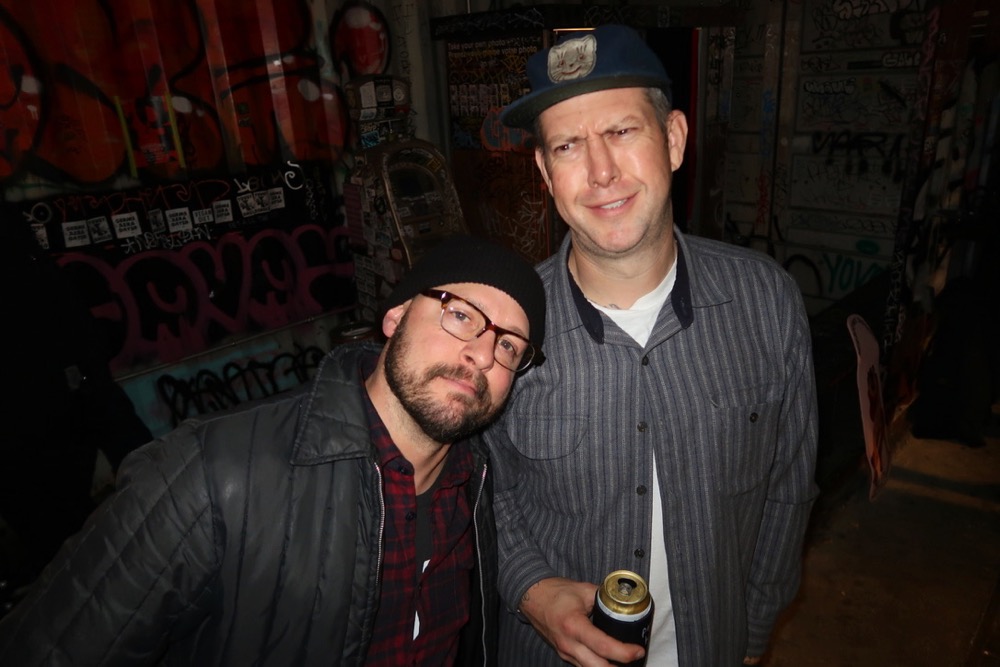 We went big for a school night, but a half a century ain’t nothing to sneeze at, so we did what we had to.

So again, to Barker, happy date of birth, and thank you for the happiness you spread.

I suppose while we’re on the topic of spreading joy, perhaps we could dip into the mail bag for a brief foray into what is happening beyond the voices in our collective heads.

From Erik I received a nice message that possesses a bit of Brapability;

Just a quick shout out to say thanks for continuing the blog work, the stickers, the jerseys, etc.

I wanted to share a photo that my wife took a few months ago, just now getting around to getting it to you. Stuntman Association patch in a setting maybe not initially envisioned, but getting rad is getting rad; 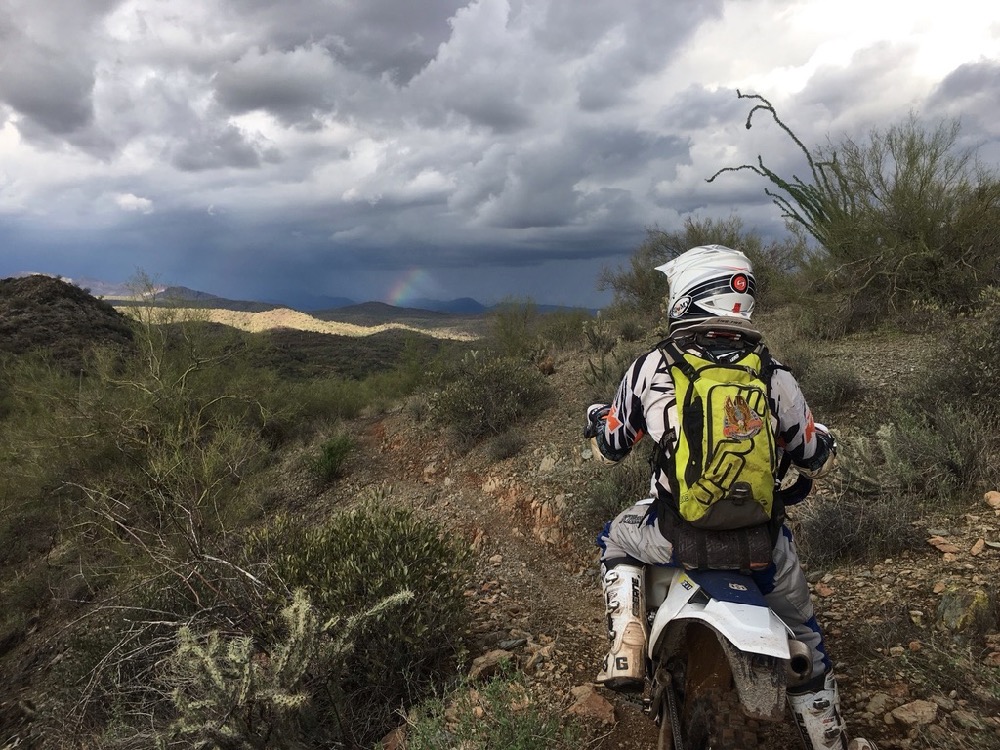 Desert north of Phoenix after a storm.

Cheers, and a happy new year to you and yins.

That makes me feel good, and I certainly don’t judge what sort of activity one engages in while being an active and due paying member of the Association. Save of course electric skateboards, hover boards, e-bikes (if you’re able-bodied) and/or perhaps Soap Shoes; Finally, from Liza I got word that she and her old man Matt are high tailing it out of the Golden State and headed for the thin air of Colorado, but not before a recent trip to Sedona where she took a moment away from rad getting to enjoy a moment of zen; 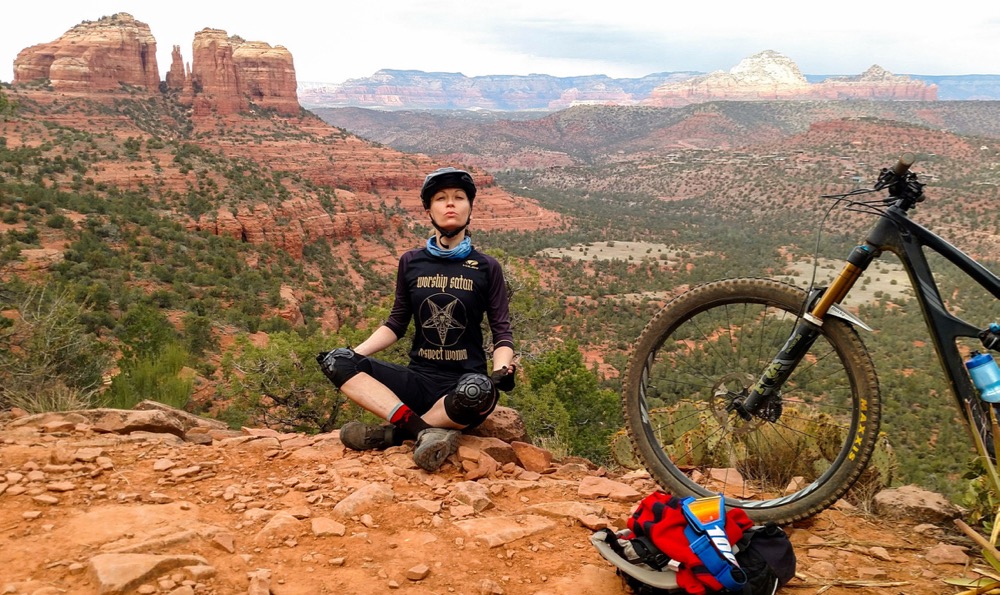 Of course California has lots of nice qualities about it, but any state where this occurs, doesn’t leave a lot of hope for poor people living here; For the low, low price of $1,400 you can get a 150 square feet AND share the bathroom with the other residents.

If you’d like more information, or to just cringe so hard you actually bite through your bottom lip, here you go. However I can’t help but feel as though one of the two ‘diverse’ residents (both white guys), had a gun pointed at him from just off screen; 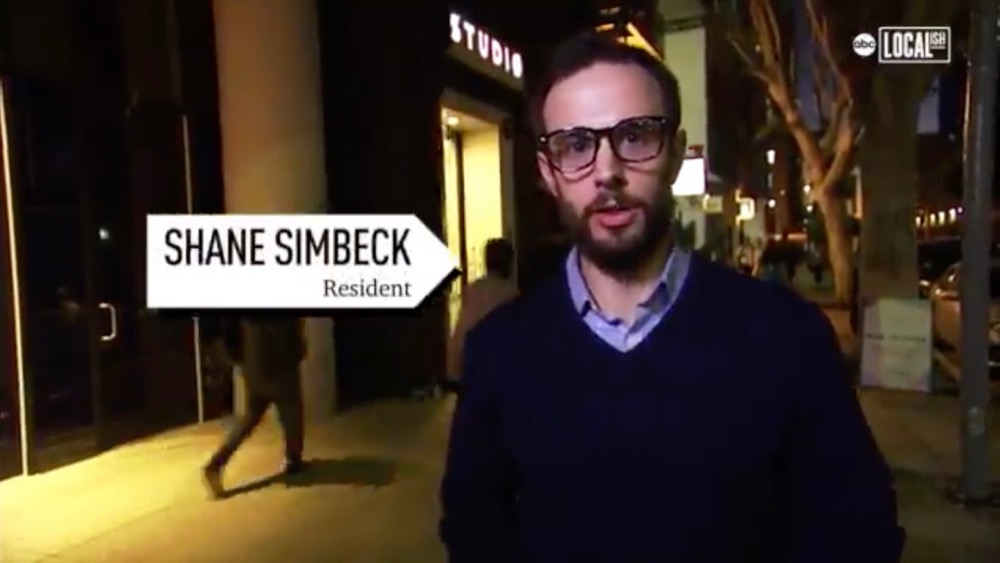 Tell me where the predatory developer hurt you, Shane.

Good christ, I just wanna burn it all down.

Before any of that though, I’m gotta have to eat my spinach.