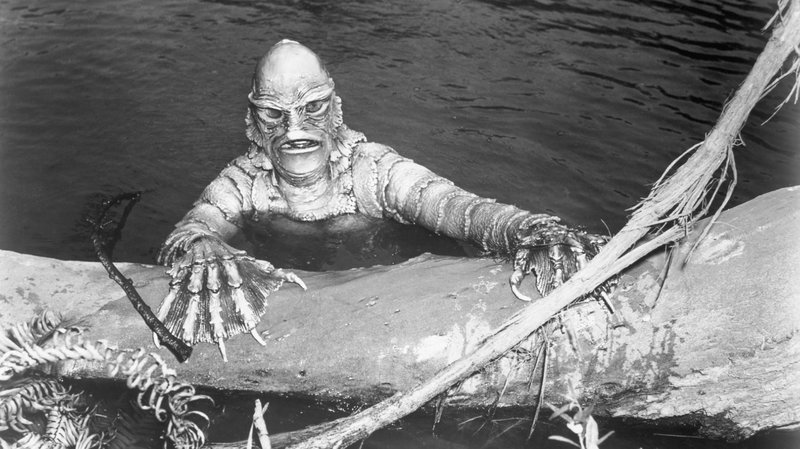 Two weeks ago I drove headlong into the wilds of southern Missouri and Northern Arkansas, and I’ve finally emerged back into the light of the world with a marginally renewed sense of self, a sunburn, poison ivy, and more chigger, mosquito, and horsefly bites than any single person reasonably should.

Anyone who rides a mountain bike most assuredly has heard of the epic levels of development that’s occurred over the last decade in and around the regions of Northern Arkansas, and Bentonville. Estimates I’ve heard over conversation range from 250 to 500 miles of trails and bike paths, costing the Walton family tens to (depending on who you ask) hundreds of millions of dollars. Upon my arrival to the region I was plotting to sample some of the brand newest of the brand new trail, but was dismayed to discover that at some point someone had hit my mountain bike on my rack and destroyed its rear wheel. In light of this, I opted to take a break from riding for a few days, and enjoy the soul crushing heat and humidity in other ways.

Ultimately, at the head of the week, I was able to find a replacement wheel, and I made my way to the trail head at Blowing Springs. This was where I first got a full glance at the fact that despite all of these amazing trails, there is really very little infrastructure to support a weary traveler such as myself.

In fact, Blowing Springs is just one of two places that I could find that had camping, though it was an RV park, which for 40 dollars afforded me the luxury of a parking place. To be fair, it had dollar laundry, which was nothing to sneeze at. A few days later I made it to Eureka Springs and Lake Leatherman, which has a huge array of trails, all of which were accessible from camp. Sadly, on my second day, the rains came in and stayed, so after two weeks in the cuts, covered in mud, and soaked to the bone I pulled up stakes and headed to a safehouse in Kansas City, which is where I sit currently.

Truly, the Waltons have built a field of dreams, but for now, unless you have an Air B&B, family nearby, or money for a hotel, it has a proverbial moat around it. I have it on good authority that I’m not the first to make this observation, and in response, the first of a number of camp sites will be opening this coming November. I will most certainly be back to the area, though to avoid the suffocating temperatures, will likely be during the spring season, and cooler days.

Second to any of this, as I was sitting around camp the other day, I began to compile a mental list of tips and hints, as well as physical items I’ve amassed these last several months, I’ve either relied upon, or would more than likely have gladly left behind.

Before I get into the photo dump, I’ll try to recall the few things I conjured up, in the event that someone reading these words might one day like to lose their mind and run away from home as well.

All of which naturally reminds me of a story;

Once a bunch of years ago when I was living in Santa Cruz, I was headed up to Oakland for the weekend, and on my way out the door, DeMonika asked, “did you pack an extra pair of pants?” Curious of all the times I’d left for various excursions, and having never before been asked such a thing, I inquired as to why. “You might pee on yours.” she offered cooly. Incredulously, I noted that this was a ridiculous observation, and that she must have a pretty skewed perspective of me and my ability to manage if she thinks I’m the sort of person to piss in, or on their own pants.

“No“, I said… “I didn’t, but I reckon I’ll be fine.“, I replied, still confused by the question. Fast forward to later that afternoon, and I’m sitting on a front porch drinking beer with Chris #1 and Chris #2. Chris #1 who lived at the house had to go into San Francisco, so Chris #2 and I continued to sit and quench our thirst. Naturally, within an hour or so, I had to take a leak, so I dipped into Chris #1’s especially overgrown frontyard. There I stood, amongst an array of healthy flora, only the top of my head visible, while I heeded nature’s call.

Alas, upon emerging from the jungle, my heart sank as I realized I’d emptied the entire contents of my bladder onto a banana leaf, which then funneled it all back onto my left pant leg.

So, that being said, bring a couple pairs of shorts, and at least a couple pairs of pants. I’ve worn pants twice, but only because my shorts were in the wash. I suspect eventually it will get chilly, and it will be nice to have a little cover.

Also, binder clips and toe straps are pretty much the two things I’ve reached for above all other tools; 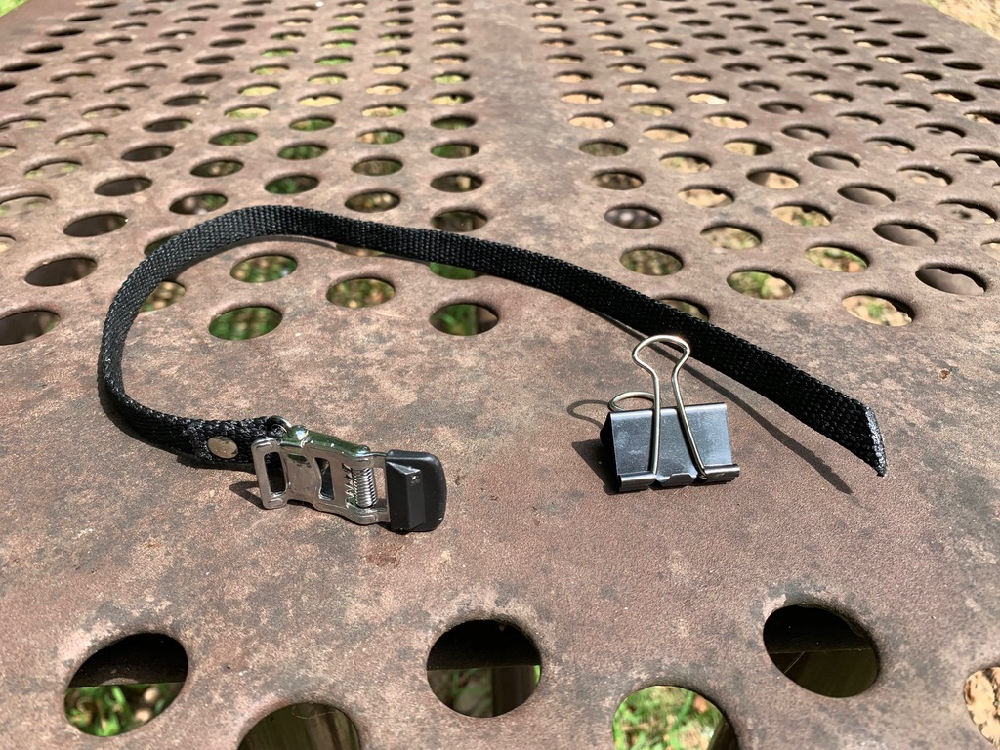 I would have liked to bring a tripod along, but lashing my phone to a tree with a venerable toe strap has worked every time.

Not related to that, but fill your gas tank any time it gets half full, because you never know when you’re gonna see another gas station.

Likewise, I’ve carried a gallon of water that I’ve not let drop below the 2/3 line for three months.

One thing I would have really, really liked to have with me is a tube of Dr. DiMartini’s Poison Oak gel. For relief from oak, ivy, bug bites, and so forth, there’s nothing better. I used to get it directly from their Grass Valley, California pharmacy, but it would seem as though Amazon is now the only resource, which sucks, because Amazon is horrible.

Another tip is to not drive more than three or four hours a day, mostly because driving is boring.

Always have a bunch of quarters handy, because when it feels like your life is totally falling apart, clean clothes, and clean bedding makes everything feel better, and almost everywhere in the world has a laundromat. Most of the time they’re even air conditioned.

Eat out of your cooler, and dry goods bin, but occasionally treat yourself to a meal at a restaurant.

That is of course unless you just dropped $325.00 on a new mountain bike wheel, in which case you’re pretty much committed to the cooler.

And you know, while we’re on the topic, as silly as I thought Yeti coolers and the like were, if it means not buying ice every 48 to 72 hours, maybe 500 dollars for a cooler isn’t such a bad deal after all. And also, if you can find block ice, get that. It stays frozen way longer than cubed ice does. Keeping a secondary gallon jug handy to freeze some water in for this purpose (when or if you get a chance) is always a keen idea as well.

For now, that’s about all I can recall, but if anyone has a specific question or thought regarding living in a truck down by the river, let me know in the comment section or in an email, and I’ll do my best to answer it, or add it to my arsenal.

Having said all of that, here’s what the week since we were last together has looked like; 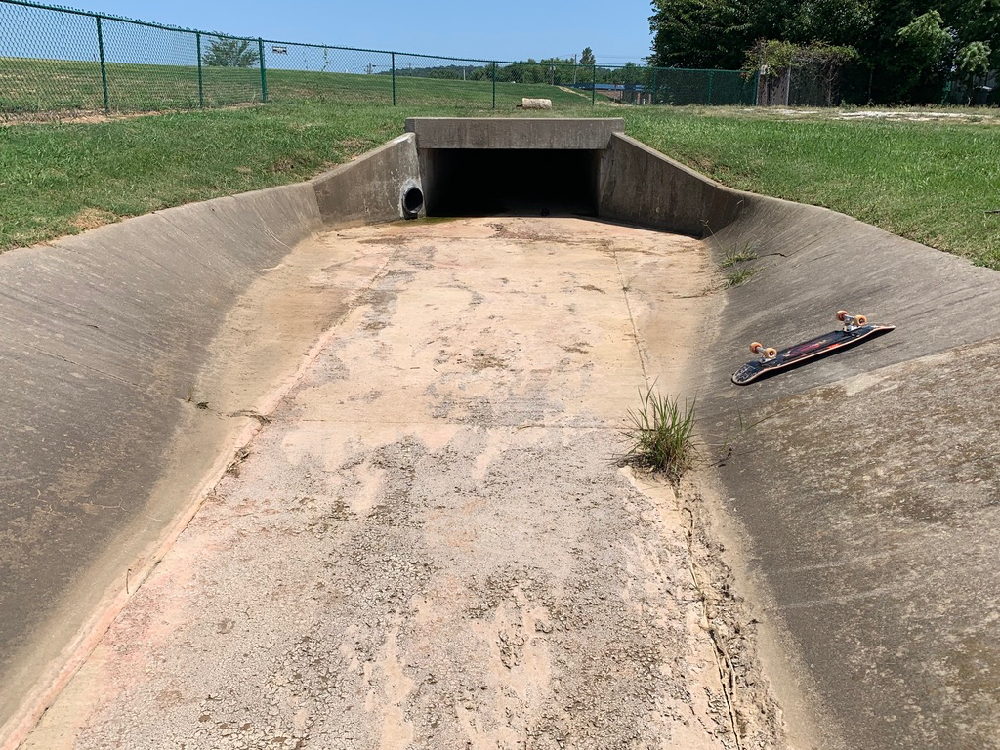 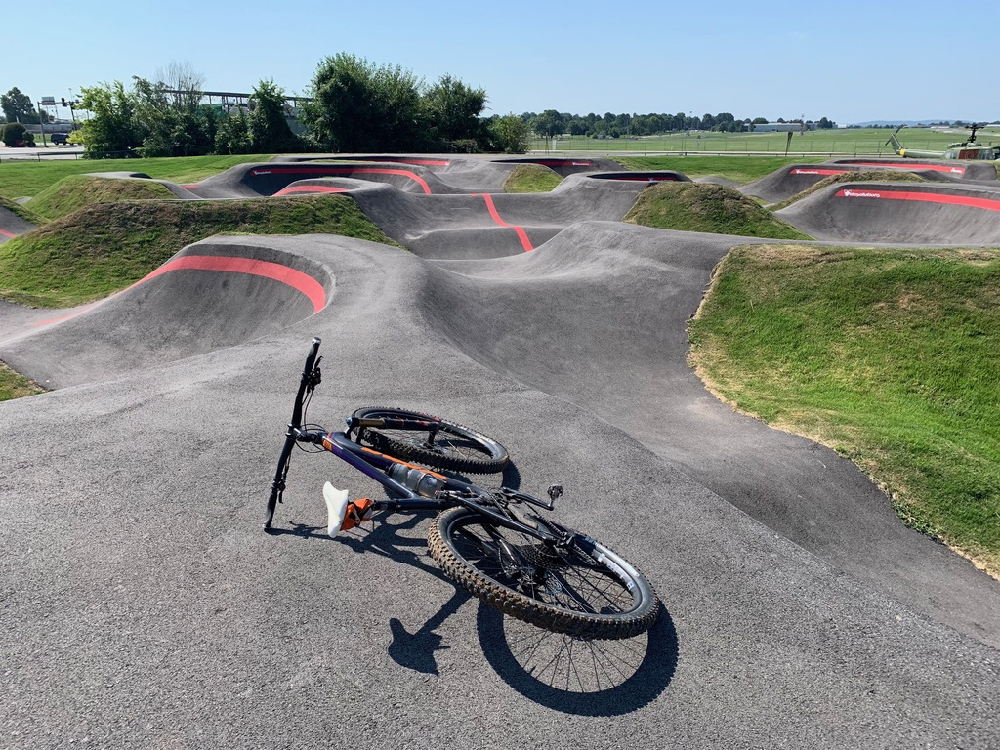 I was fixing on heading deeper into the south, but the safe houses there are further and fewer between, so for now, I’ll lick my wounds for a couple of days here in KC, and will eventually return back into the murk from which I came.

15 Responses to “Emerging from the mire.”