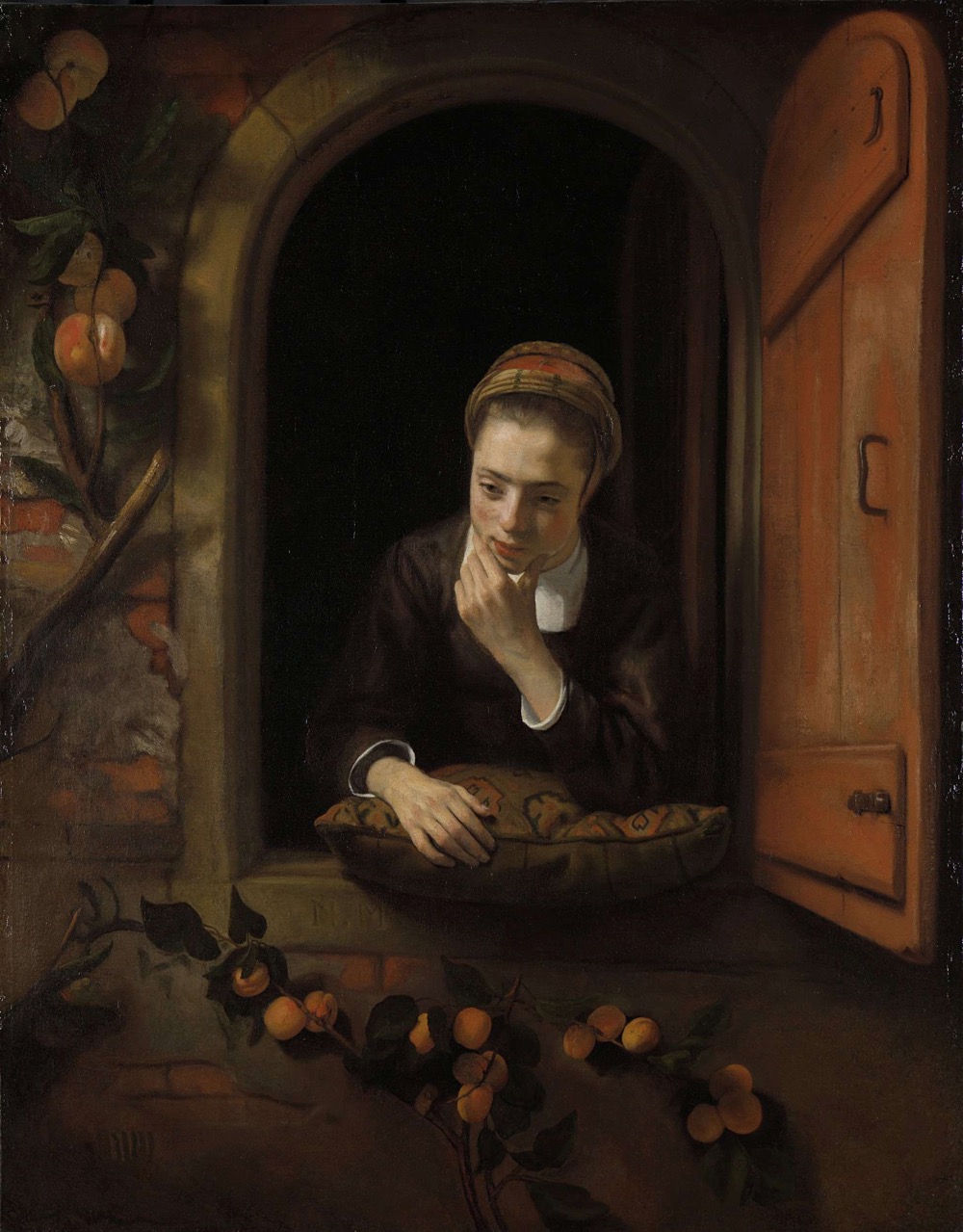 We’re a mere days into 2020 and I feel like I’ve spent more time looking similar to the girl in the above Nicolaes Maes painting than not.

Pensive? Contemplative? Concerned? Worriedly checking rubbing my chin beard? Yes to all of those things.

Thankfully, I’ve had a reprieve or two in recent days. One being a dream just night before last that Emily from Squid Bikes stole my lampshade, which is fully symbolic of something I’m sure, and when it was returned would likely be painted beautifully as her wares always are; Her theft of my lampshade wasn’t a part of a more meandering tale mind you. That was it- The whole of the story.

Only my subconscious knows what the hell for sure.

On the topic of bikes, and relying on them for maintained sanity, I’d like to say that just yesterday, I headed to the hills on mine. Upon realizing I once again lost my stash spot, I created a new one; 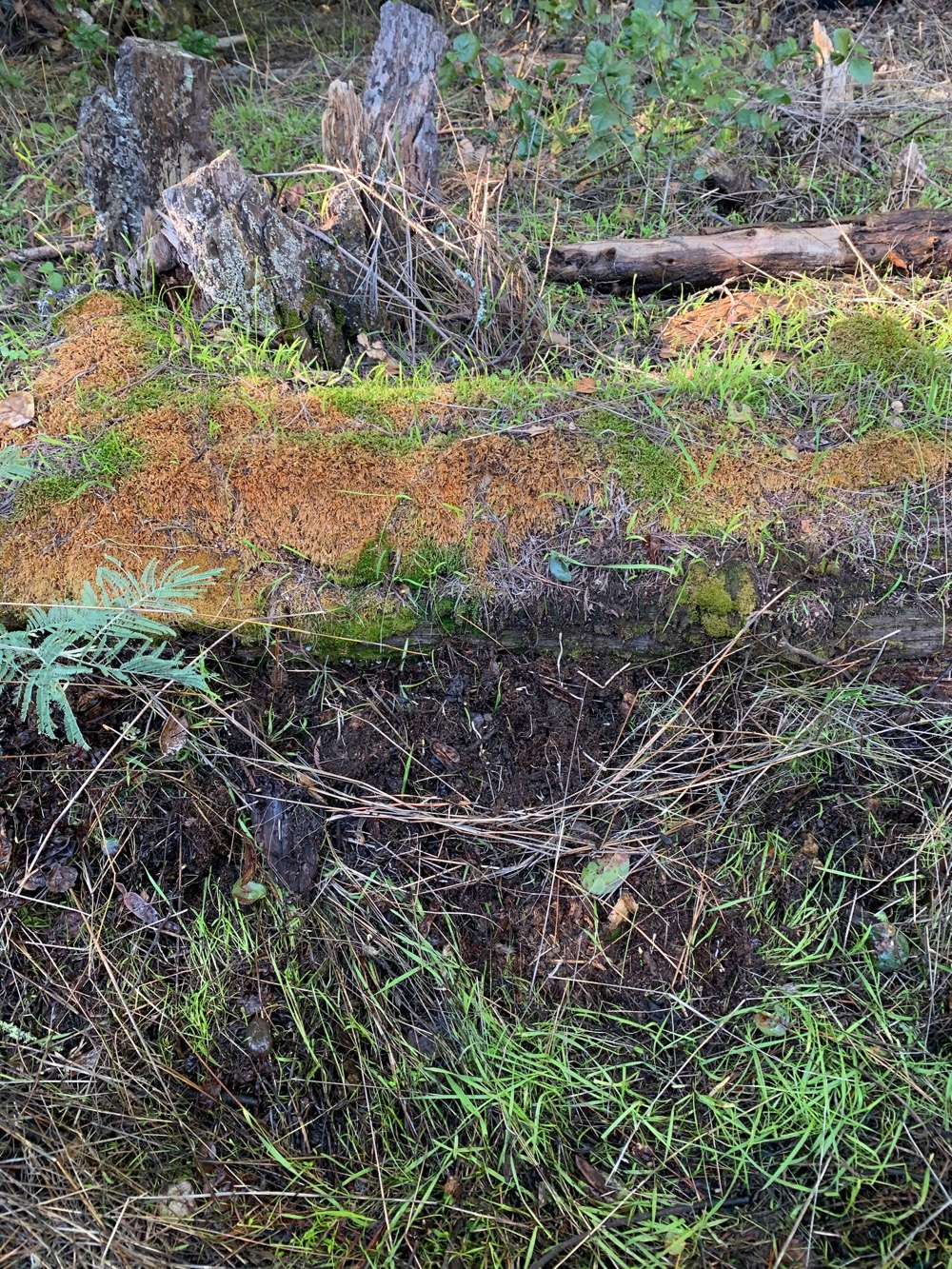 Certainly one of my favorite things about playing in the woods is hiding beers from myself.

The other break from reality was the previously mentioned sojourn to visit my folks up there in Northern Washington, or as I say with each day that passes in this political hellscape, ‘Almost Canada‘.

It indeed was a very nice visit, during which time we got to rest, and eat, and visit, see a show featuring the work of Ed Bereal, and even get drunk with one Cory Blackwood, all of which looked like the following assortment of images; 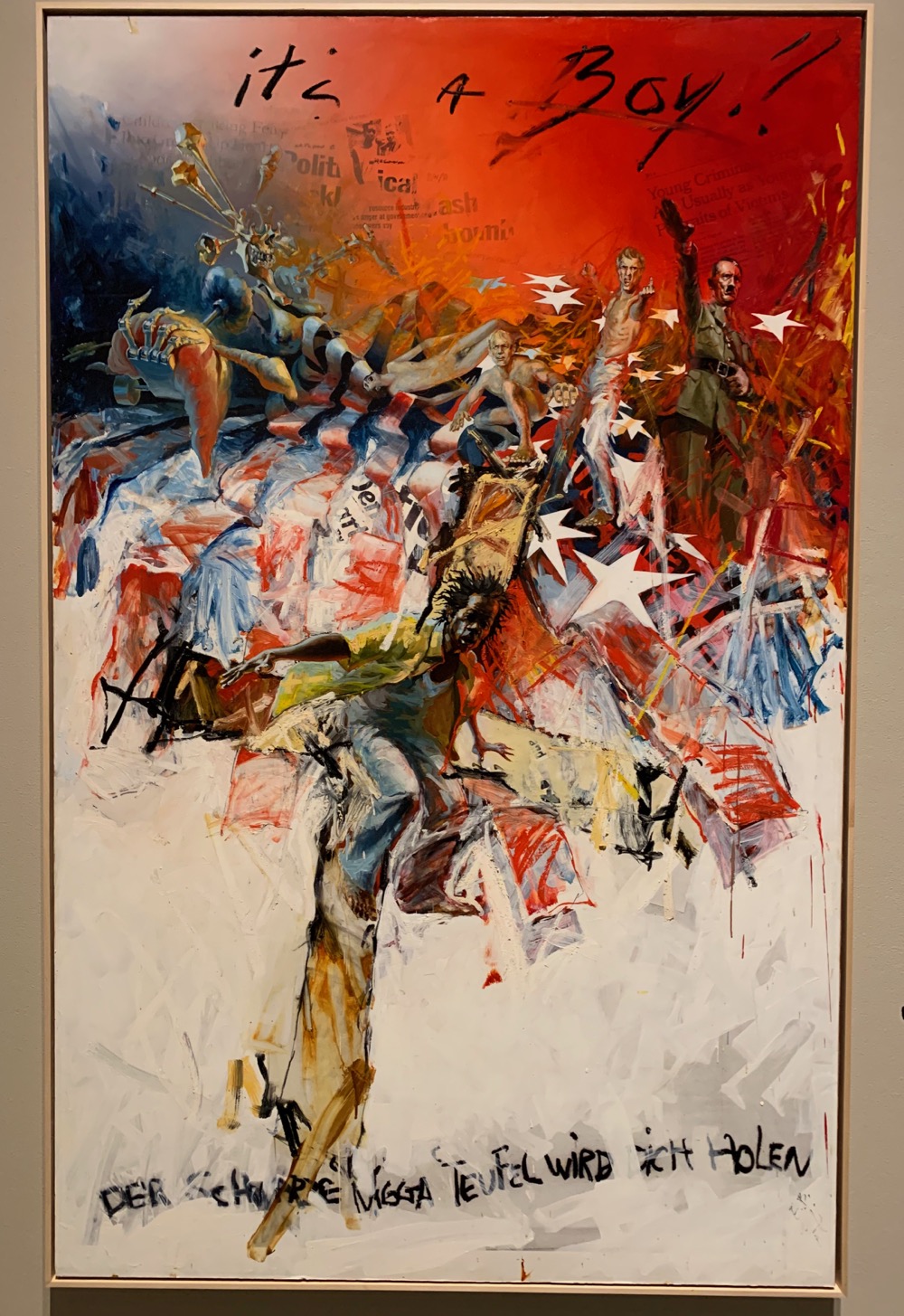 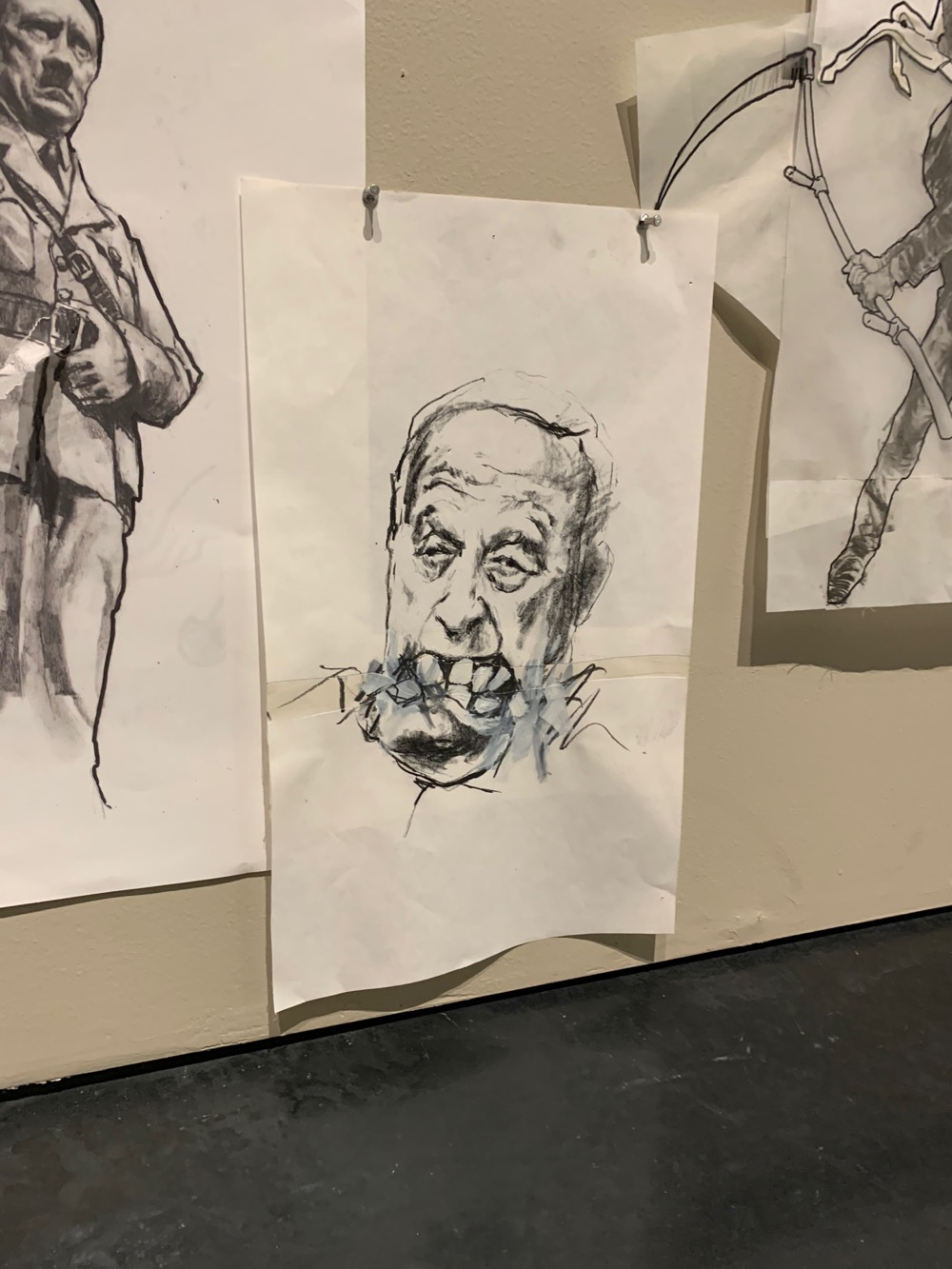 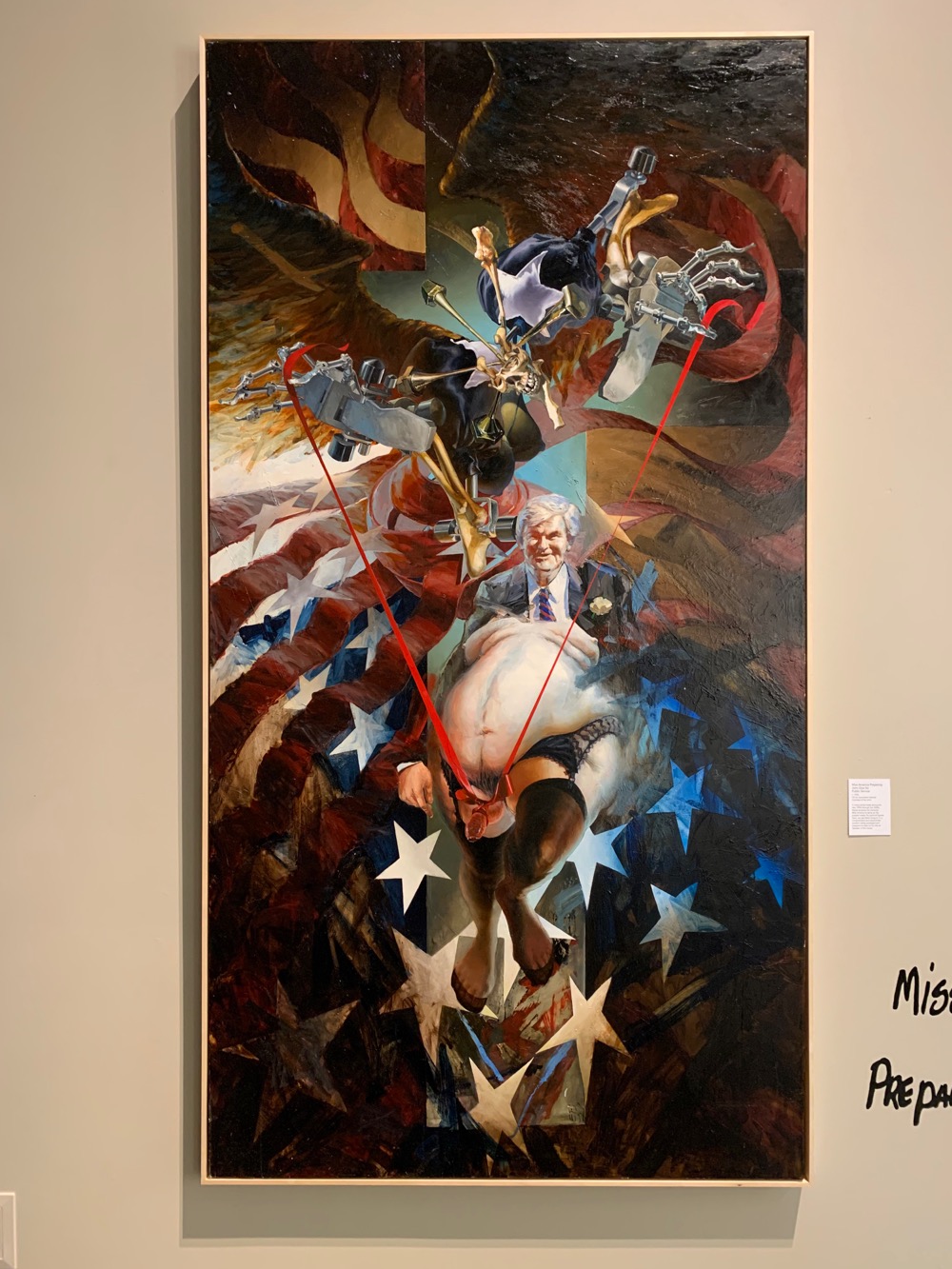 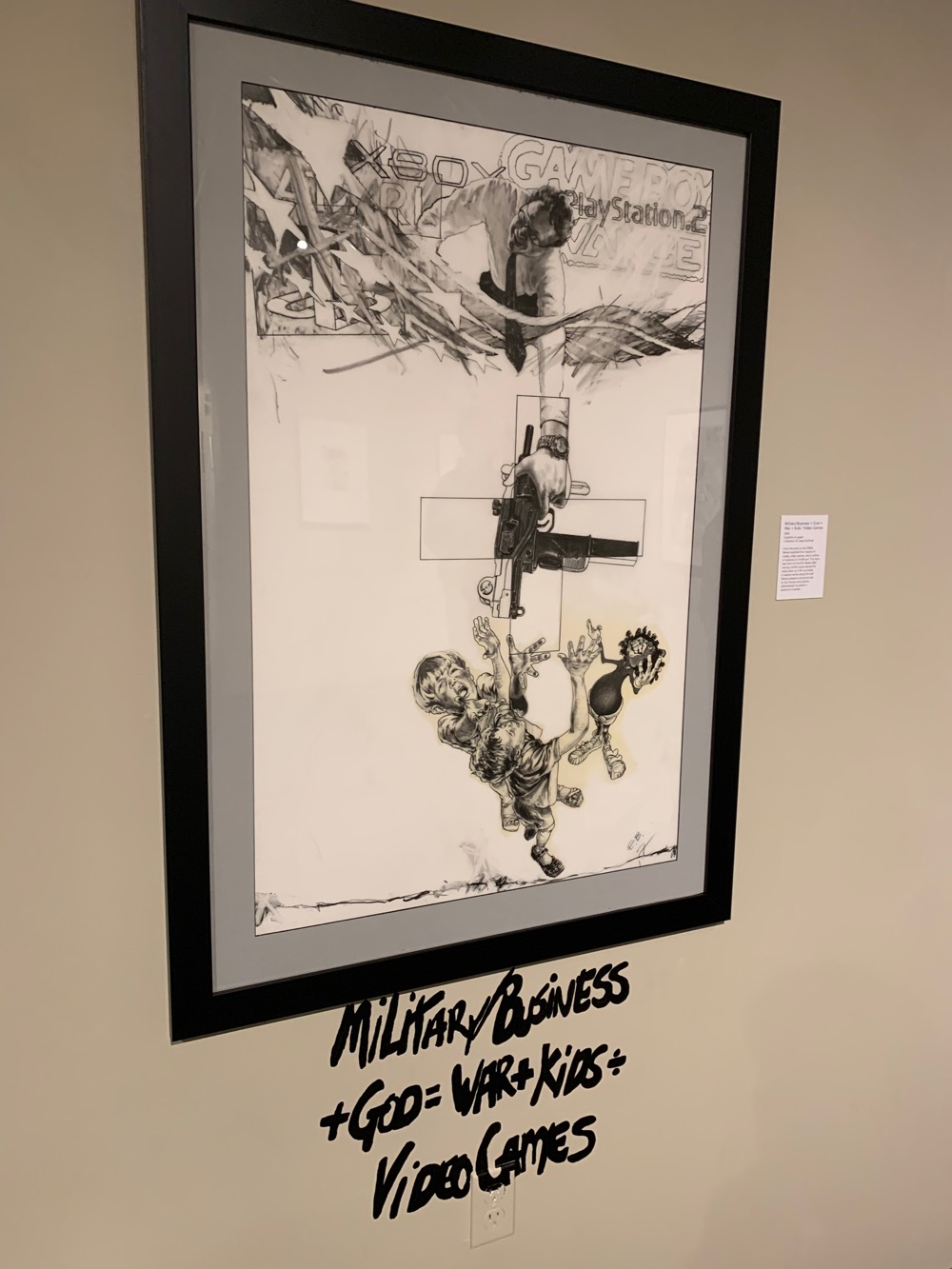 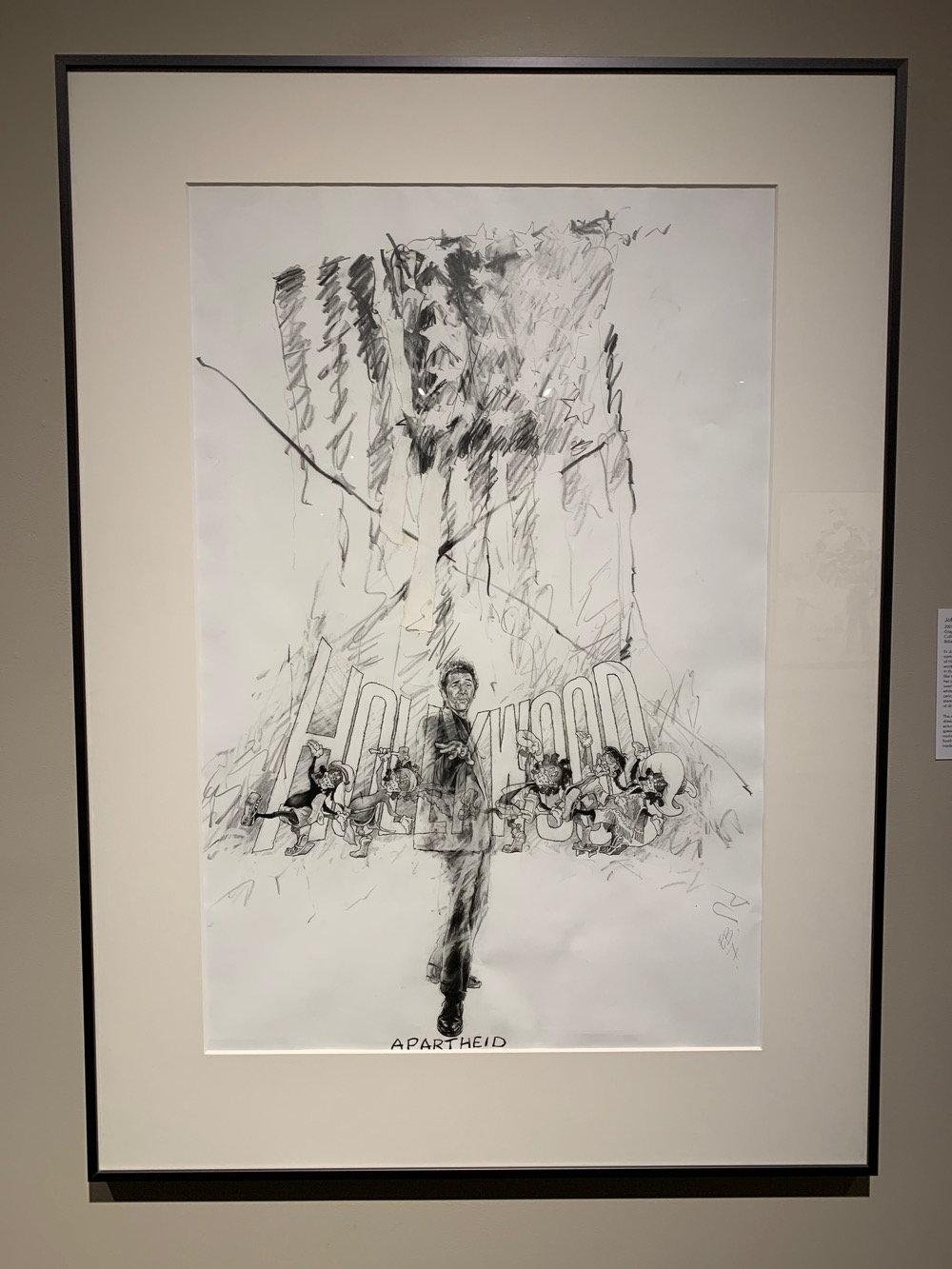 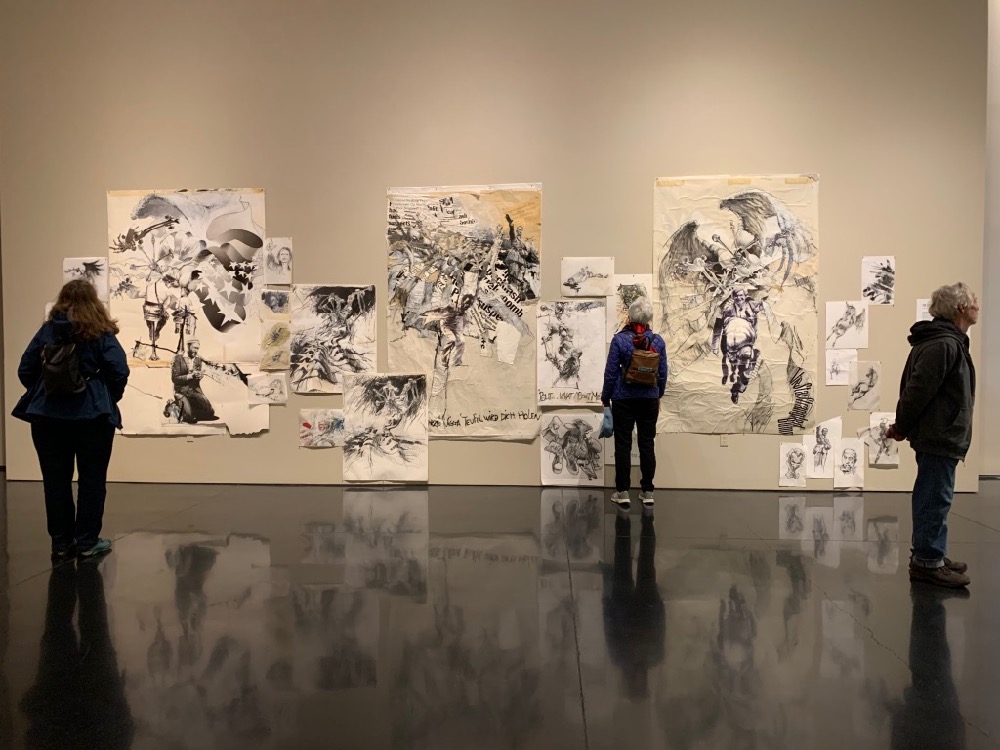 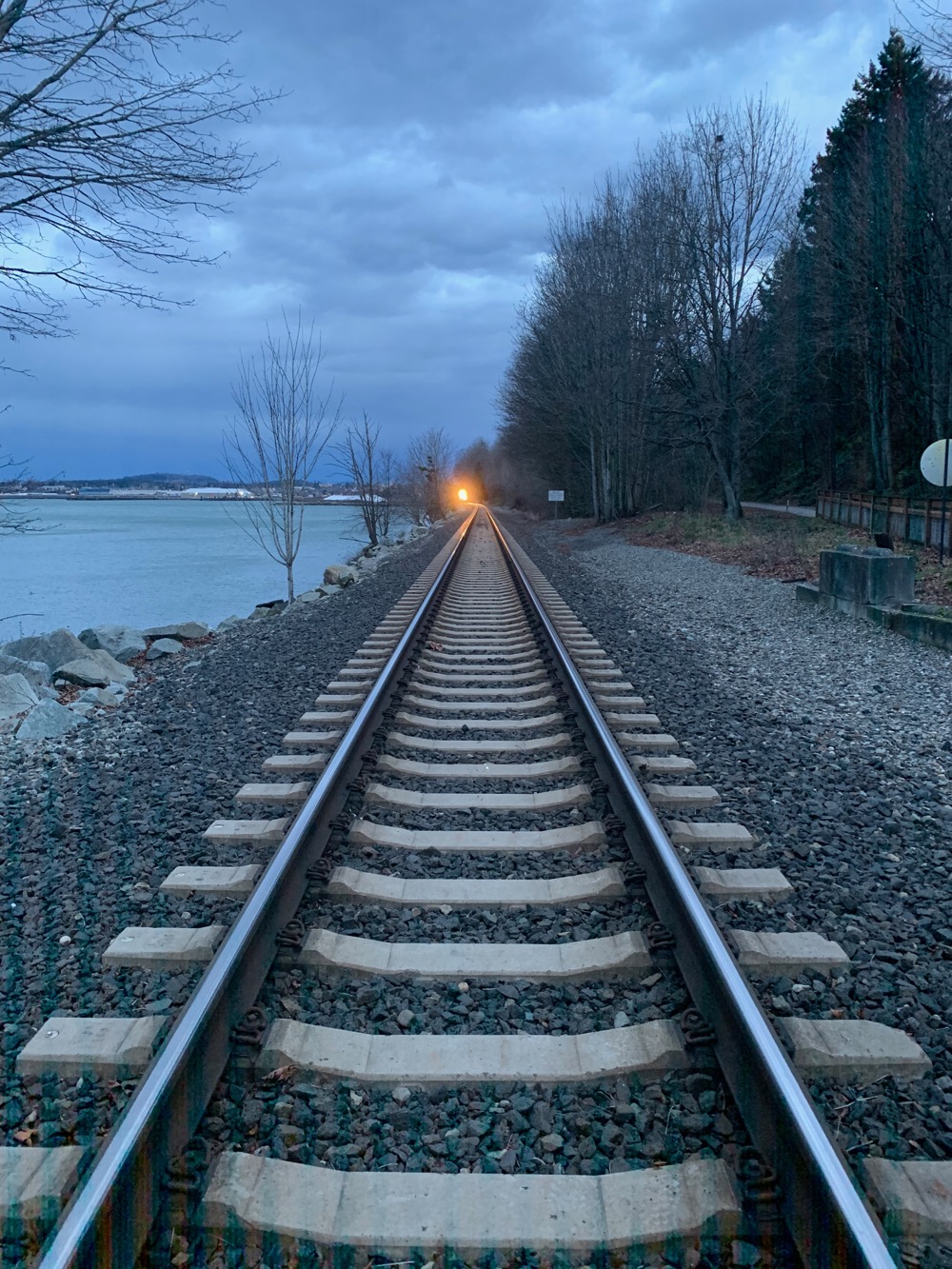 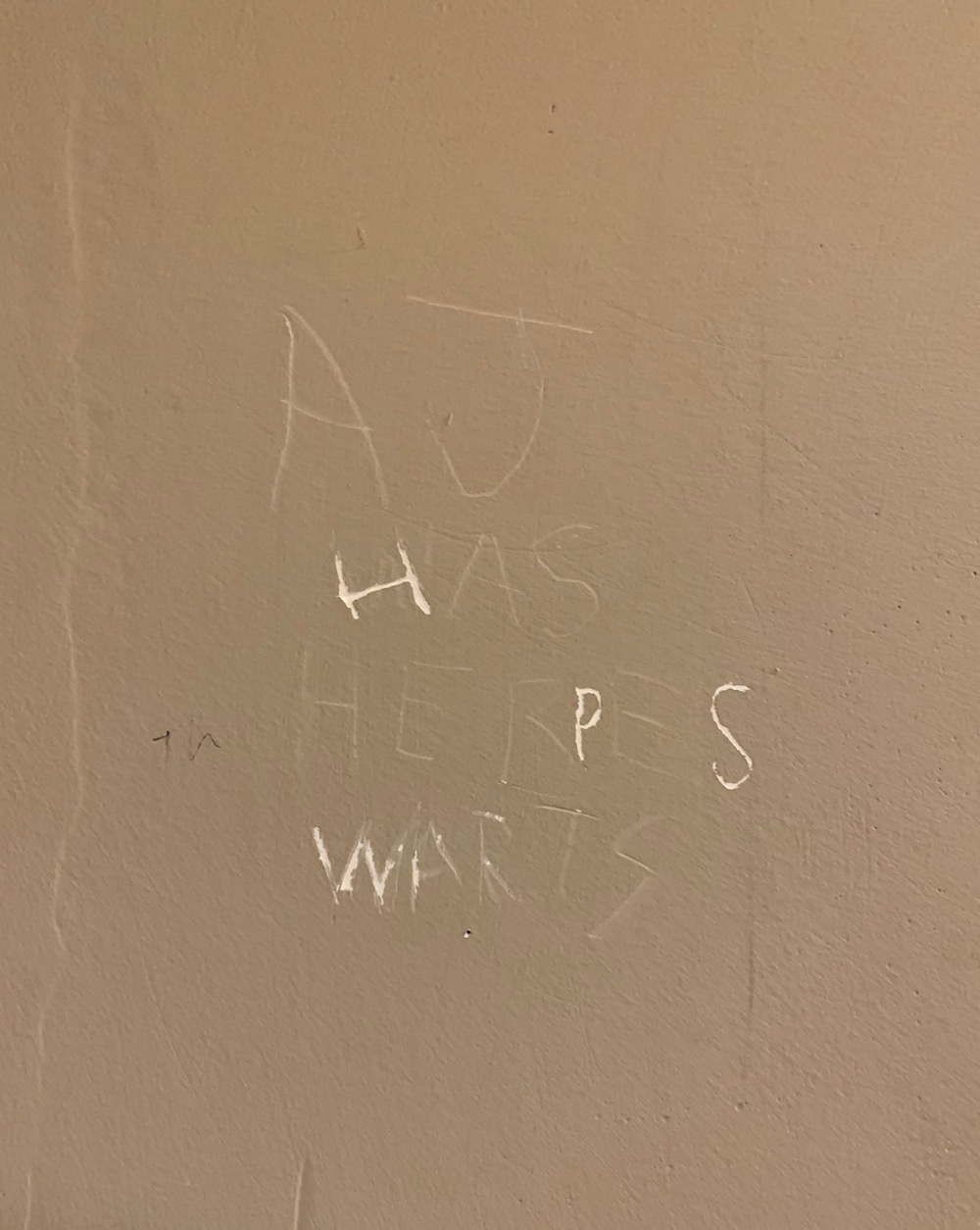 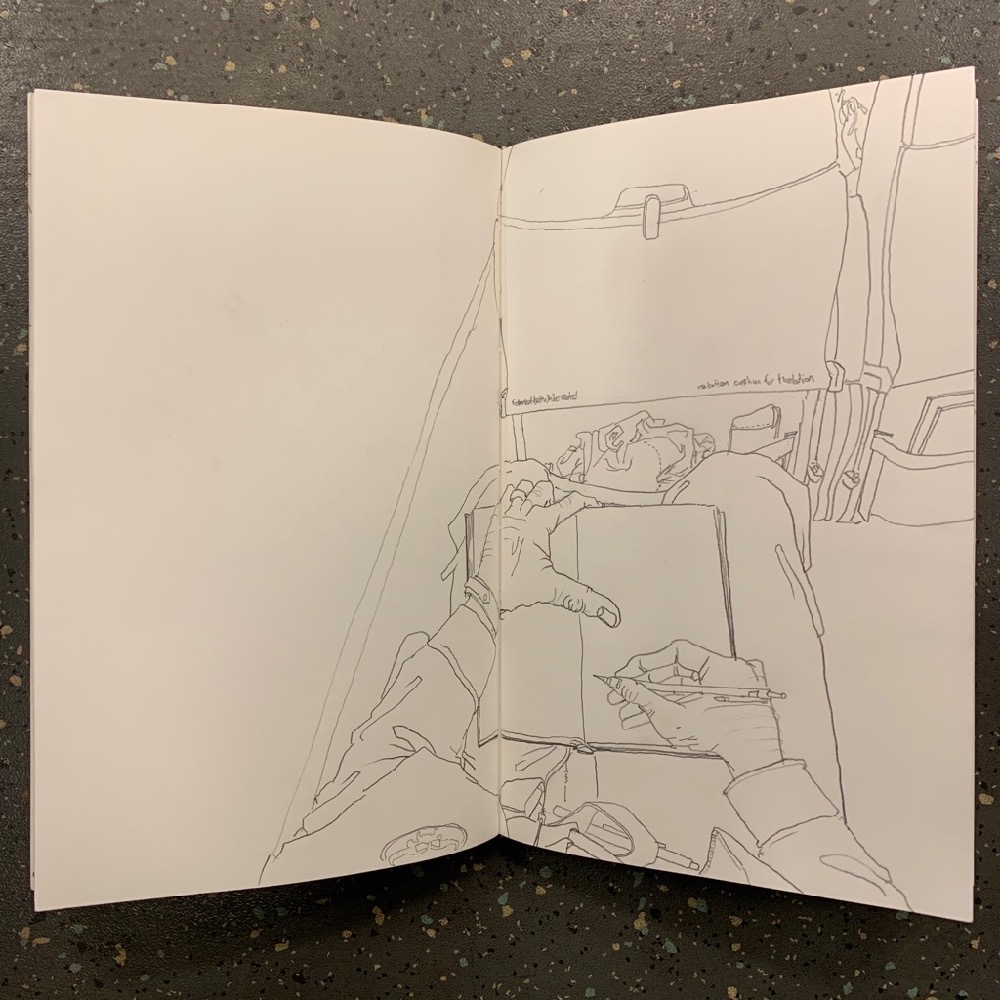 It was a peaceful, albeit quick visit, though I’m glad to have had it just the same.

And I would like to make a note regarding them airplane drawings I feel as though I now have a compulsion to do- It’s been mentioned a number of times over the years that I’ve done those that folks might be interested in a book of them. Likewise, I would be interested in doing a book as well, and some time ago, the absolute master of all things visual Chris McNally and I began discussing the prospect of joining forces on such a project together.

One day about a year ago, I went to his studio where we scanned a bunch of pages out of various sketchbooks.

In that time, I’ve probably completed an additional twenty drawings, as I’m sure has he.

I’m feeling a real powerful inclination these days to get cracking on this thing, (one) because I have a bit of fluid cash with which I could finance it and (two) because I’m currently desperate to make as much money as I possibly can in order to help finance the rest of my life, which as I’ve come to learn, today is the first day of.

I think I speak for both Chris and me when I say we look forward to trading our book for your hard earned cash, and we appreciate the interest that’s been expressed in seeing it come to fruition.

Finally, while we’re on the topic of trading money for goods- I’ll note once again that I have a batch of new WSRW shirts in both white and gold.

There’s no guarantee that you’ll look as smashing as Mr. Steve Albini does in his, in this here image shot by Visual Violence, but you’ll look a’ight; 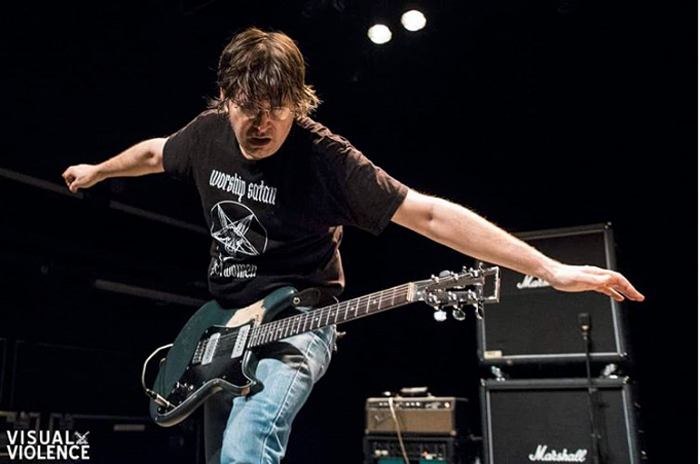 I’ll have them in stock until I don’t, at which time, you’ll be out of luck, and on top of all the other things to dwell upon, perhaps will rub your chin worriedly about that as well.

9 Responses to “Not so sure I like the new year.”