As I searched for last week’s opening gif, I ended up with this one as a backup, and since I’m still here, flapping my dumb burger-holster, it seems appropriate to let her gesticulate as well.

Life’s still a shitshow, everything is still upside down, and no one is handling any of it with grace.

Luckily, as I mentioned previously, we here in this region just had the season’s first sweep meet at the Ritchey Bikes warehouse in marginally sunny San Carlos, California 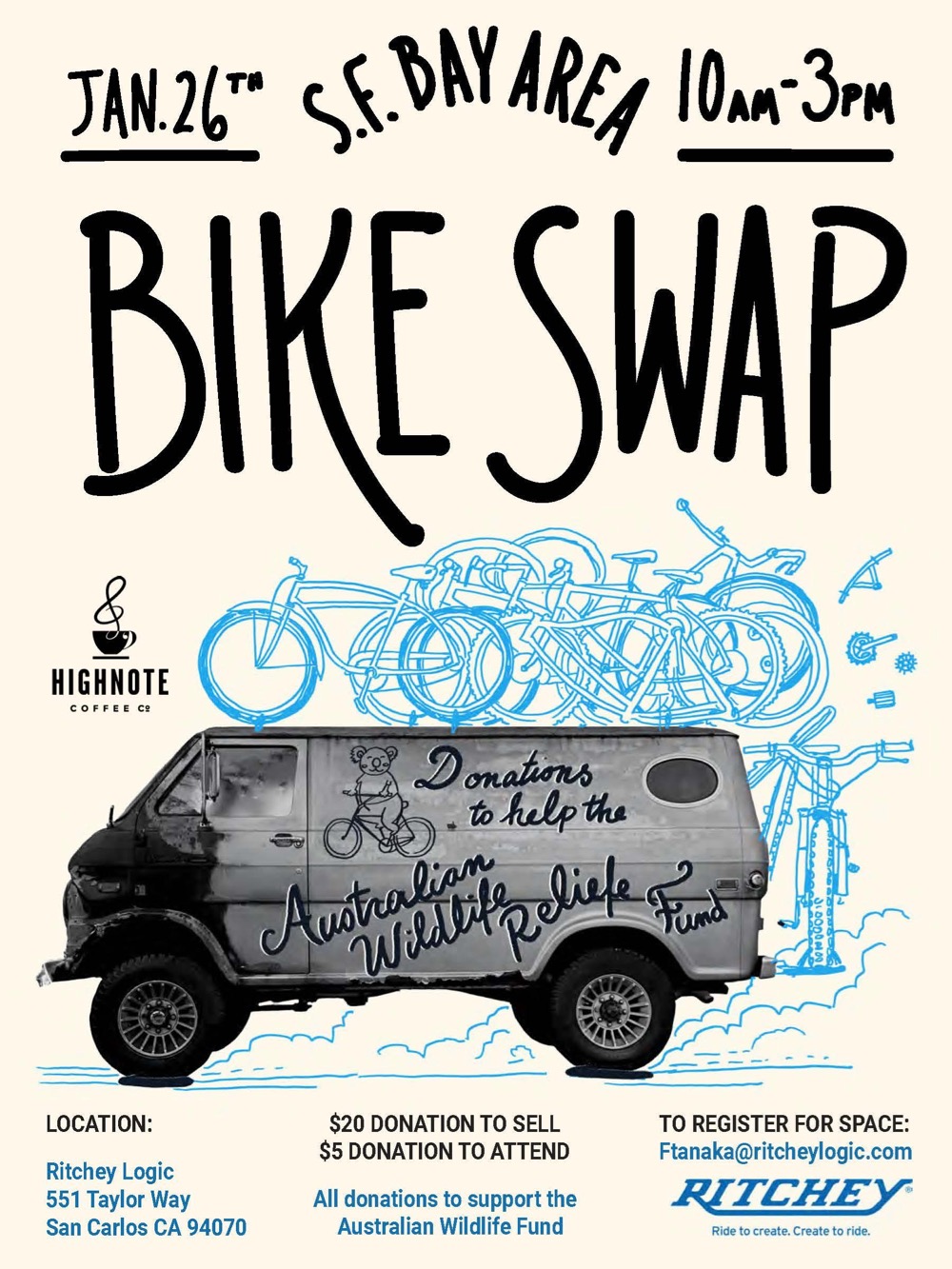 With the help of JMak, I loaded up approximately a third of all of the bike stuff I own and lumbered down to see what was what.

After setting up, reorganizing, and then re-reorganizing, I was finally ready to get cracking with the offload; 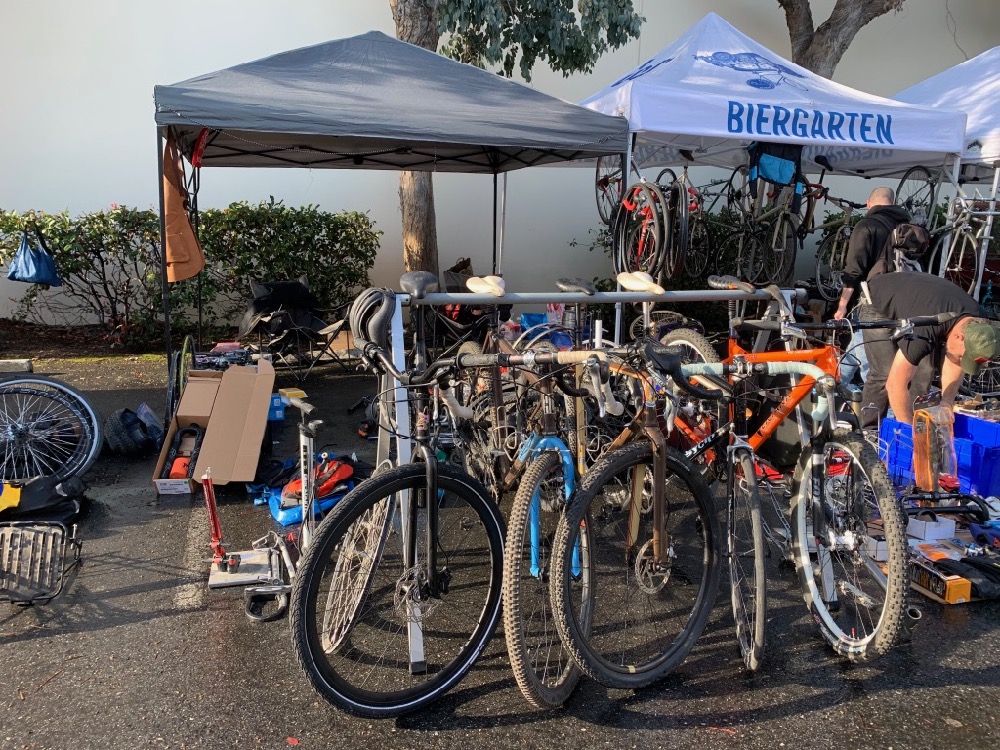 Was it any coincidence that an entire garden of beer was located just next door?

Probably not, but I farmed my own stash just to be safe.

There were deals to be had, hands to be slapped, and nice people galore; 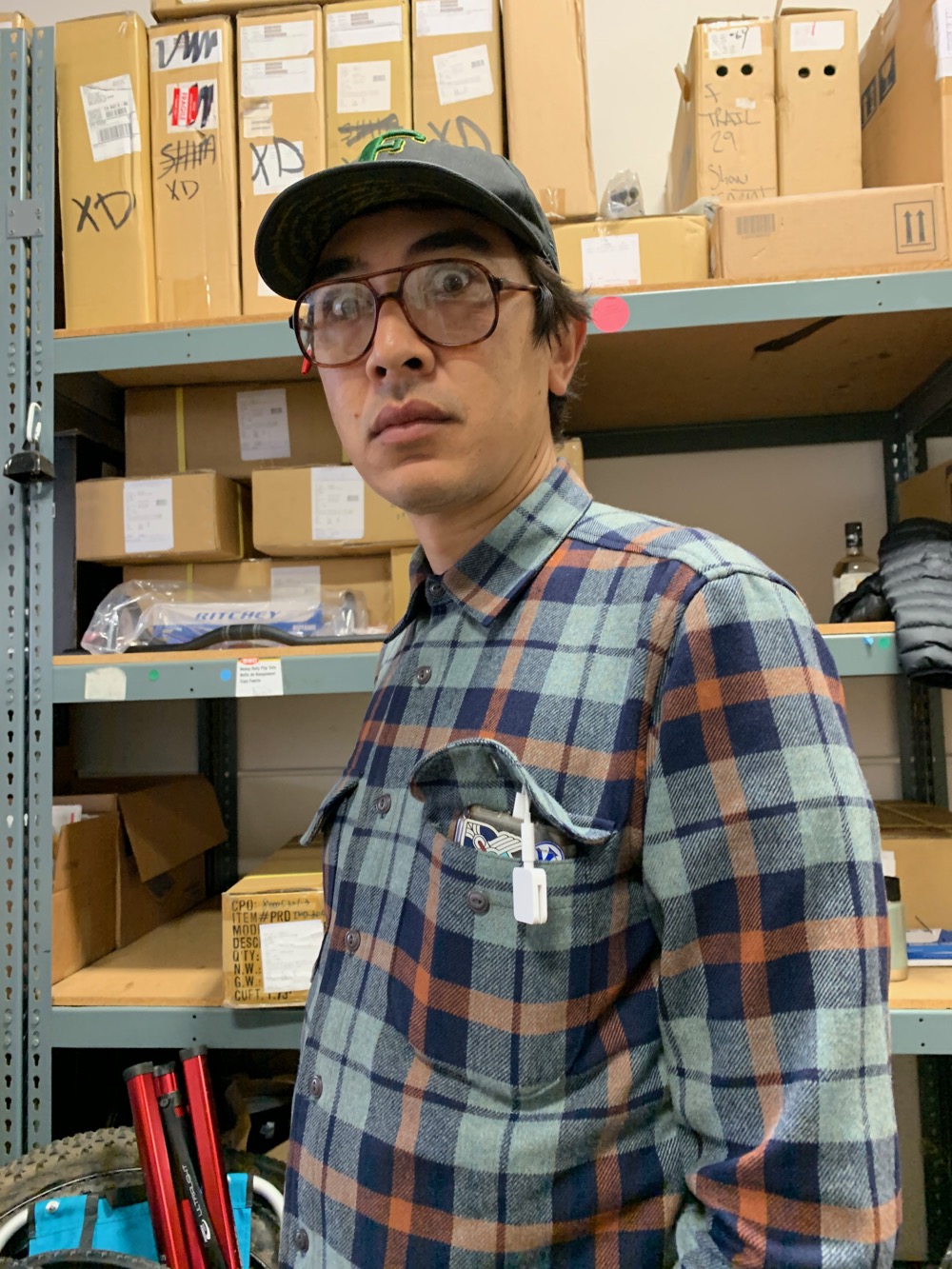 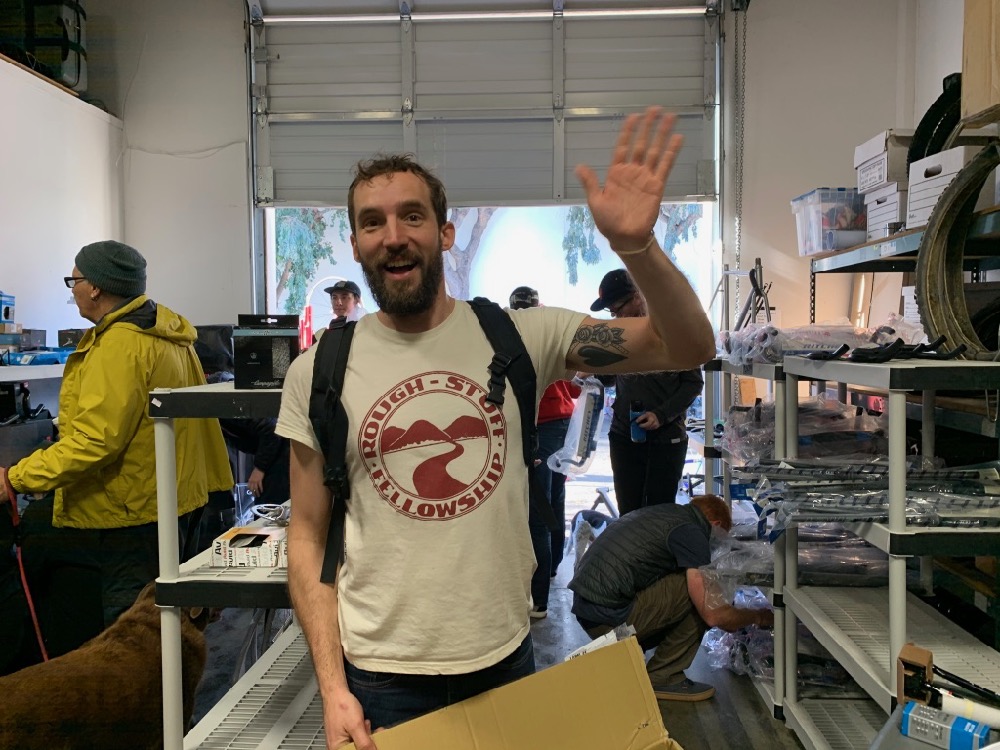 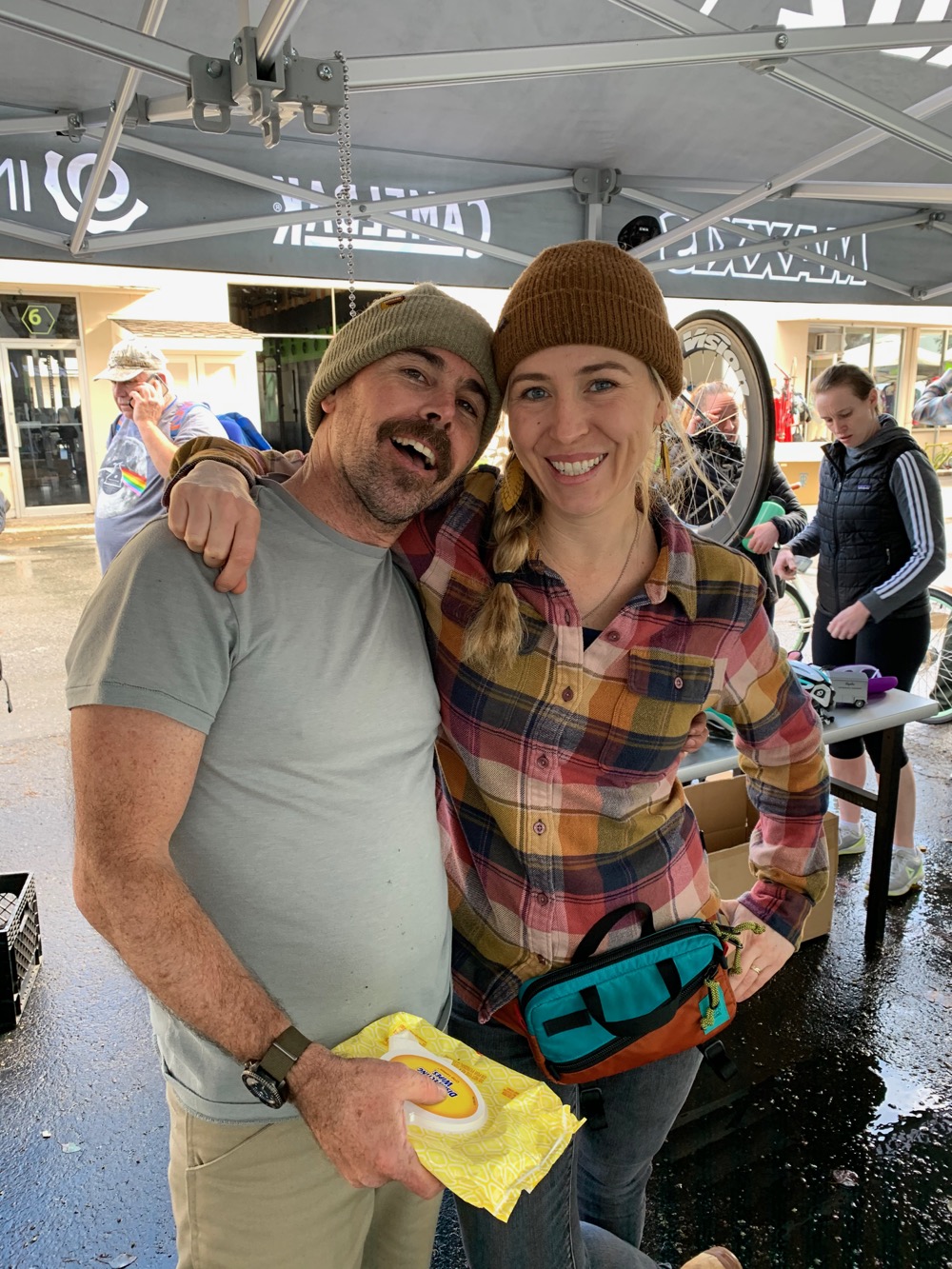 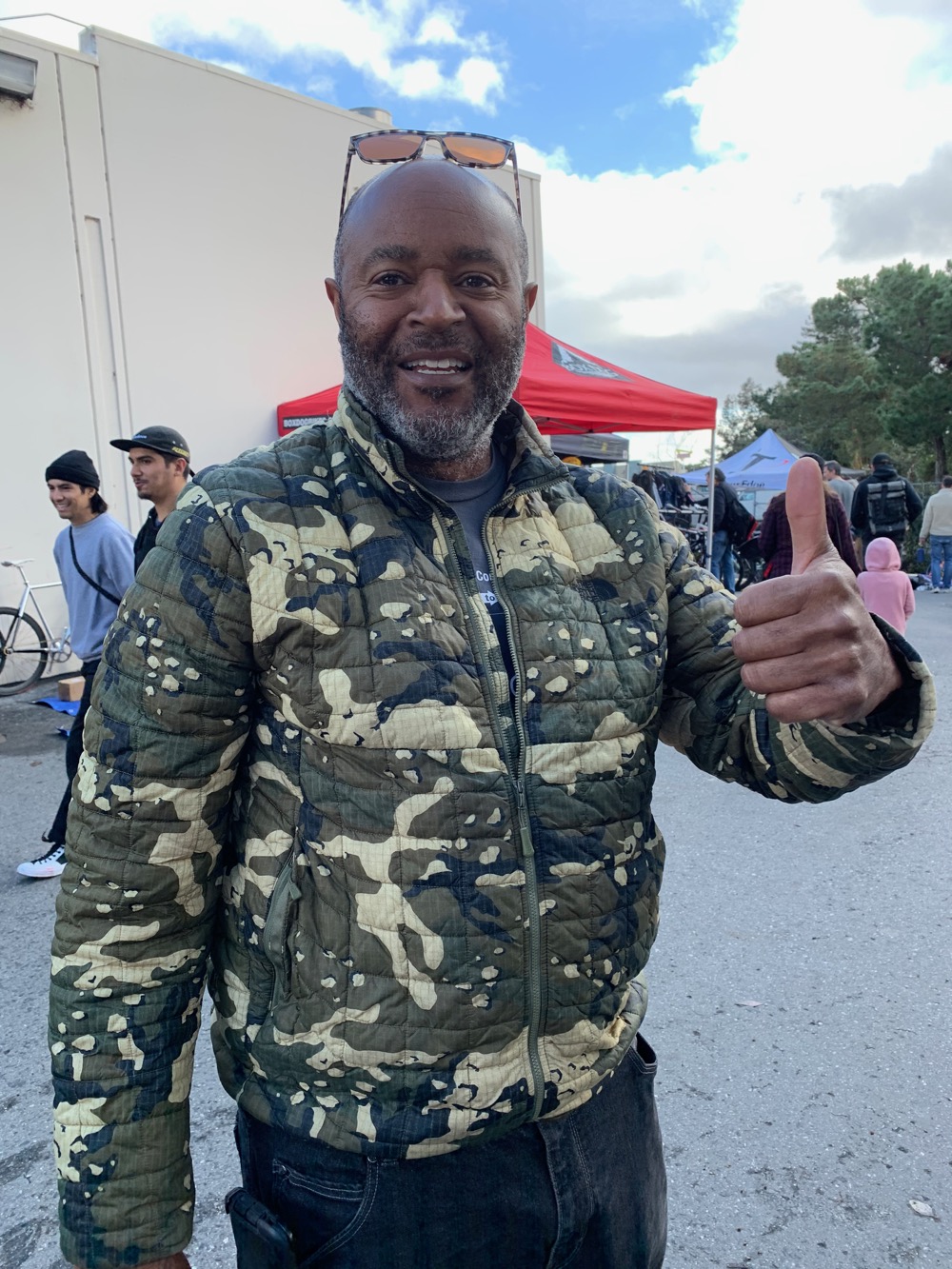 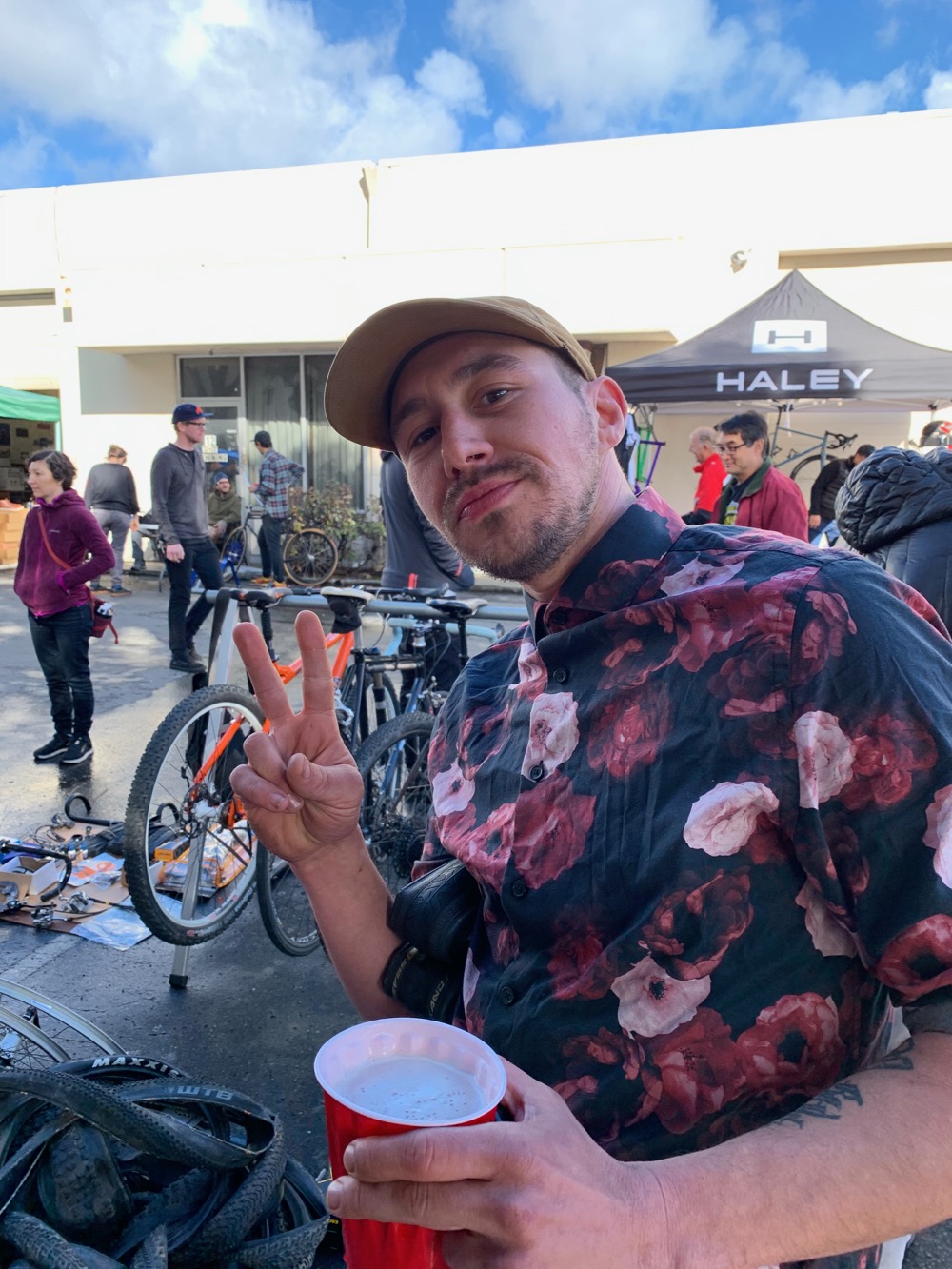 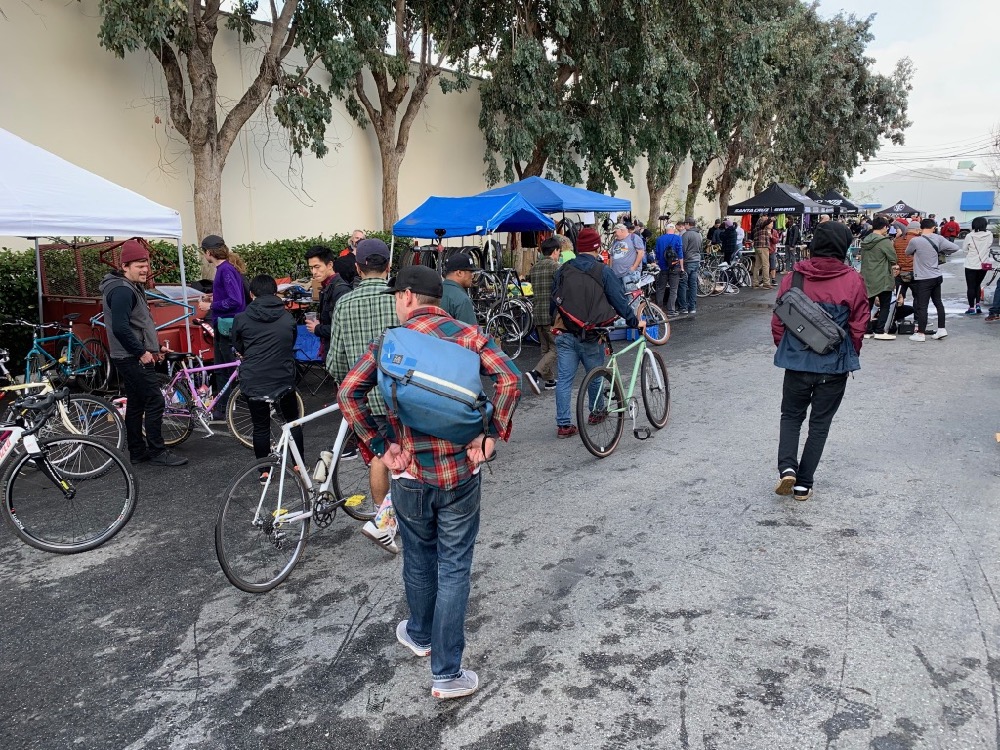 Thankfully, I spent approximately 0.0% of my time there angling for more crap to add to my collection, but rather, sold anything that I could.

Just like with every bike related event I’ve attended these last ten years or so, my eye was always wandering to different things, being those of a four wheeled nature; 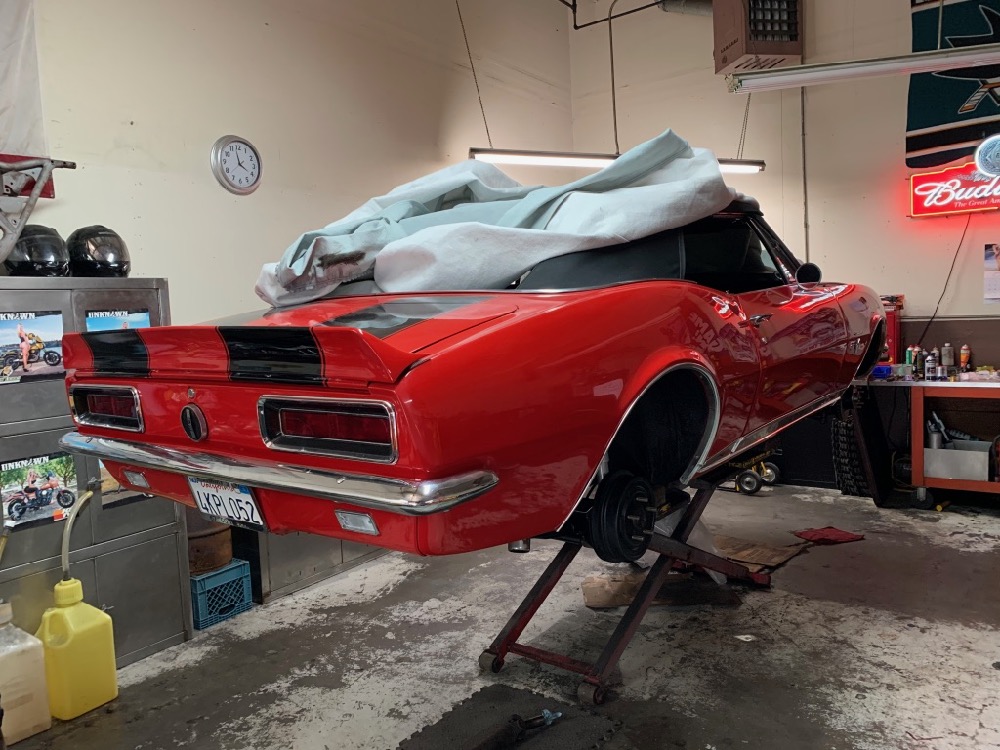 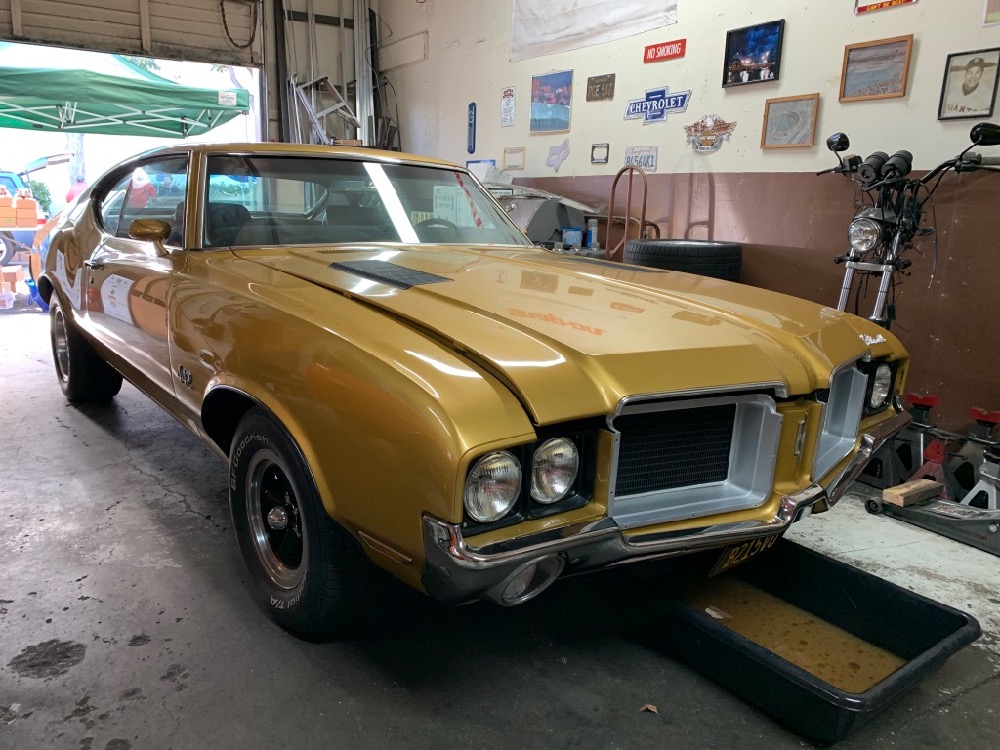 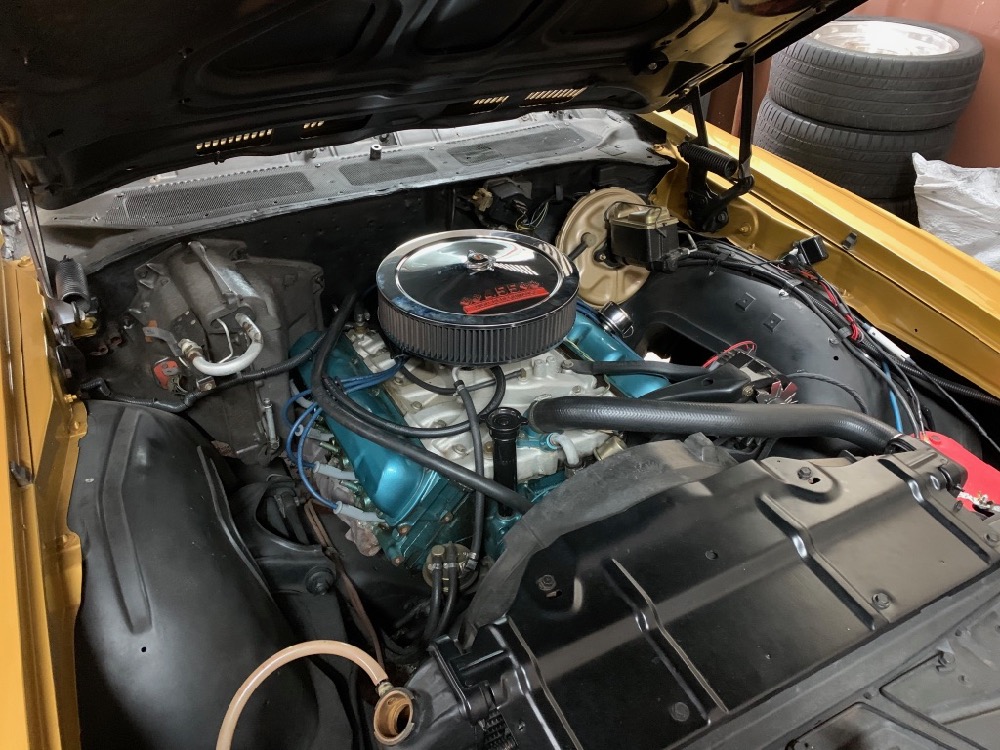 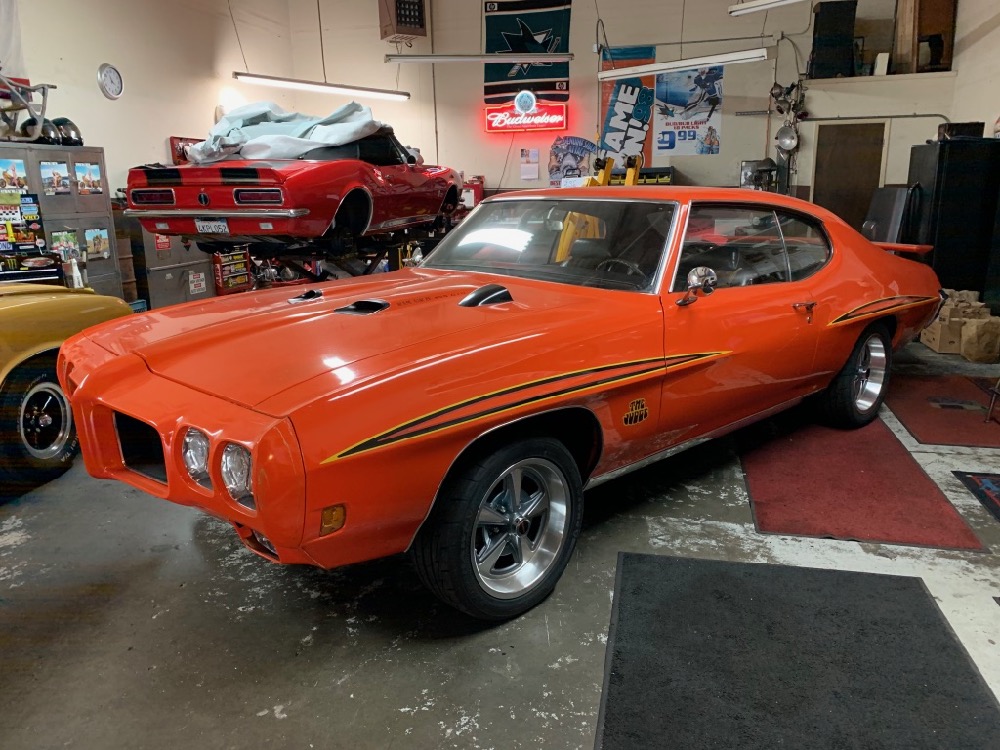 This shop was run by a fellow next door to Ritchey, and he was very kind in letting me come in and drool all over his projects.

Finally, as I was leaving, a couple other trinkets caught my attention, one being a real-live Bontrager road bike; 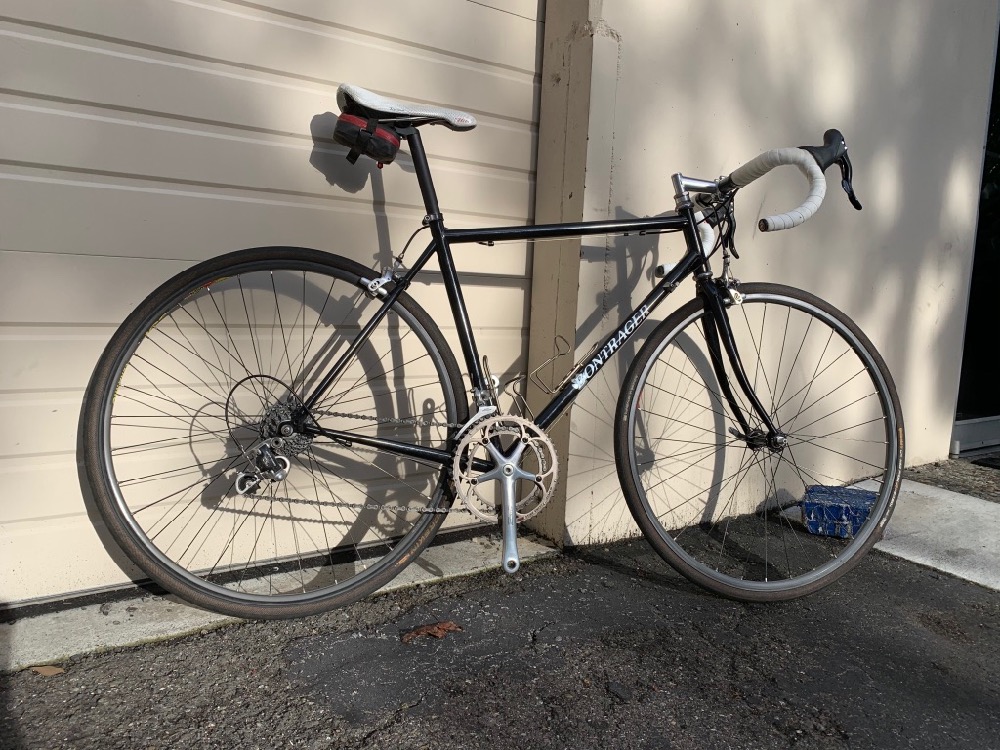 and one being a fully authenticated Ritchey curb; 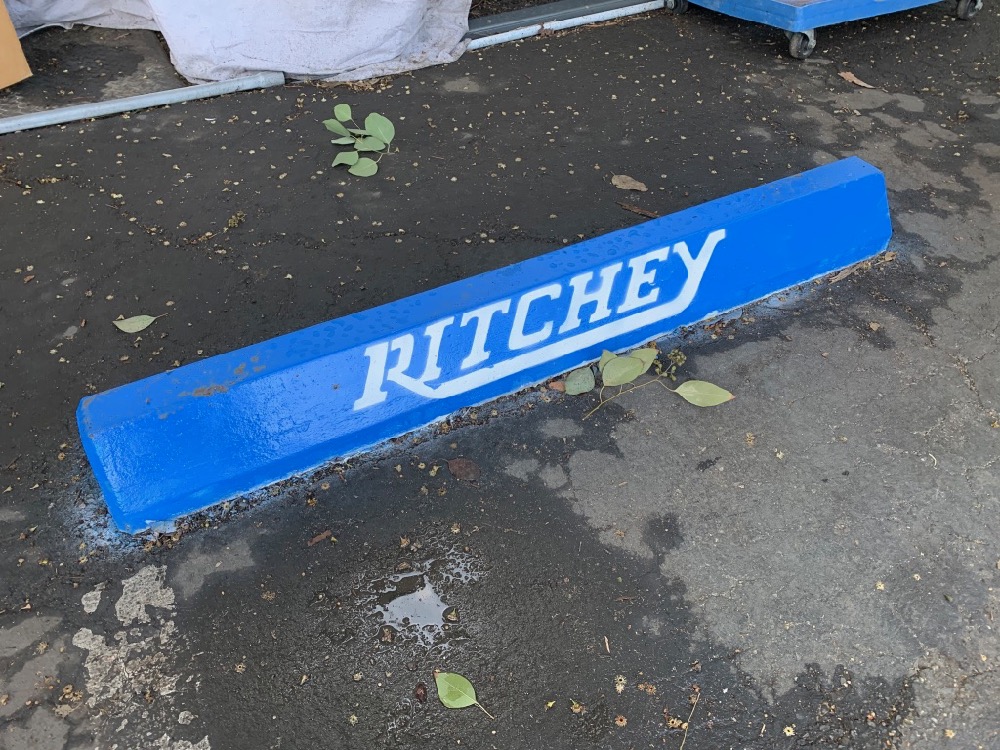 Because you know I be loving myself some curbs.

As a matter of fact, it was just the day before the swap when I met up with my gaggle of ne’er-do-wells and played on the assortment of our own.

I had two flawless back to back runs, which to date I think has only happened once, so I asked Quiggle to follow along to document.

My third attempt wasn’t flawless by any stretch, as it takes a shocking amount of energy to sprint back and fourth across a parking lot three times in a row, but it was pretty good, and in my world, a C- is as good as an A;

Finally, in closing, I will refer to some bikecycle related content. So, as of a couple years ago, along with an assortment of wildly attractive people from these United States, and Canada, I somehow got looped into this big thing called The Shimano Gravel Alliance; 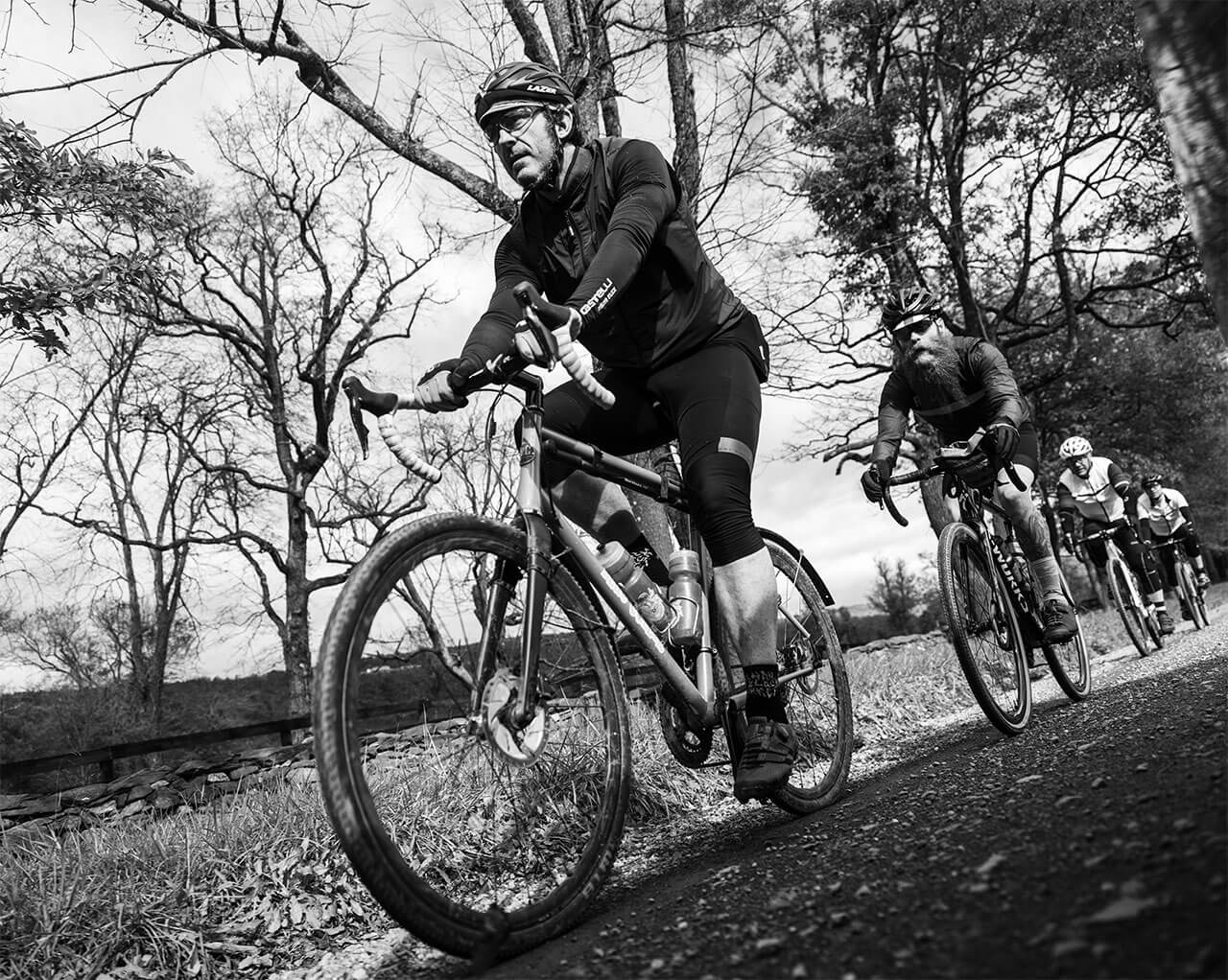 By using their equipment we assist in R&D efforts, design tweaks, and small marketing pushes. However, now that the GRX group has been officially launched, I suppose what we as a group are good for has shifted from the nuts and bolts, to a larger role in marketing pushes. Now that this is the case, I can no longer ‘run what I brung’ (so to speak) with such abandon. Because Shimano owns shoe, clothing, and tool, companies (respectively) I’ve had to make a few adjustments in what I wear, and wrench with, and part of this was (shudder) swapping out my beloved (and discontinued) white leather Deva saddle for one that is made by Pro.

Now as anyone knows, giving up the one part that spends hours upon hours being intimately smashed up against your most personal parts is a nearly impossible thing to A) ask of a person, and B) see your way to doing.

Yet they did, and I had to.

I bitched, and I moaned, and I described in detail that as a Virgo, my people do not care one bit for change, yet it all fell on deaf ears, and eventually, I found that I had to make the leap. Thankfully, under the guidance of cyclocrossing super star Andrew Juiliano, pictured here in a photo shot by Brett Rothmeyer doing the aformentioned cyclocrossings; 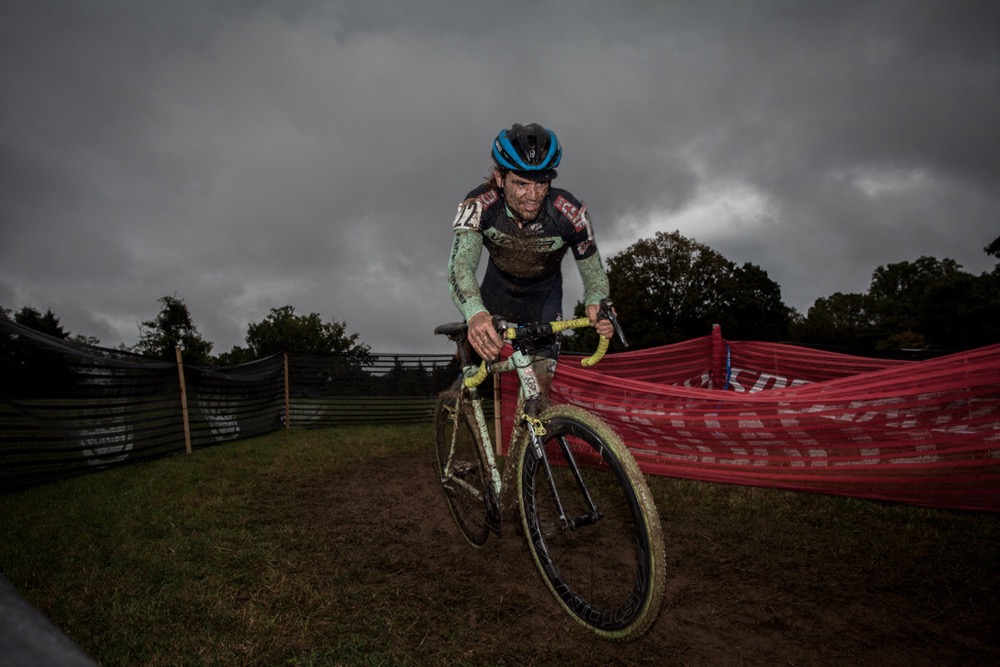 -I found a saddle that I’m partial to called the Turnix; 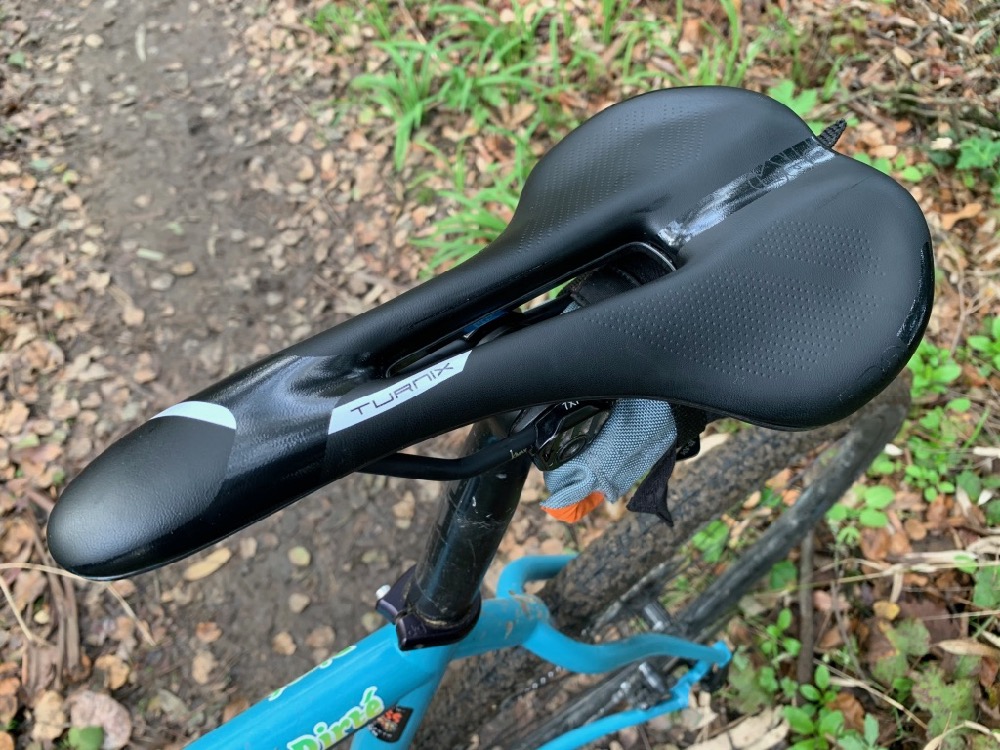 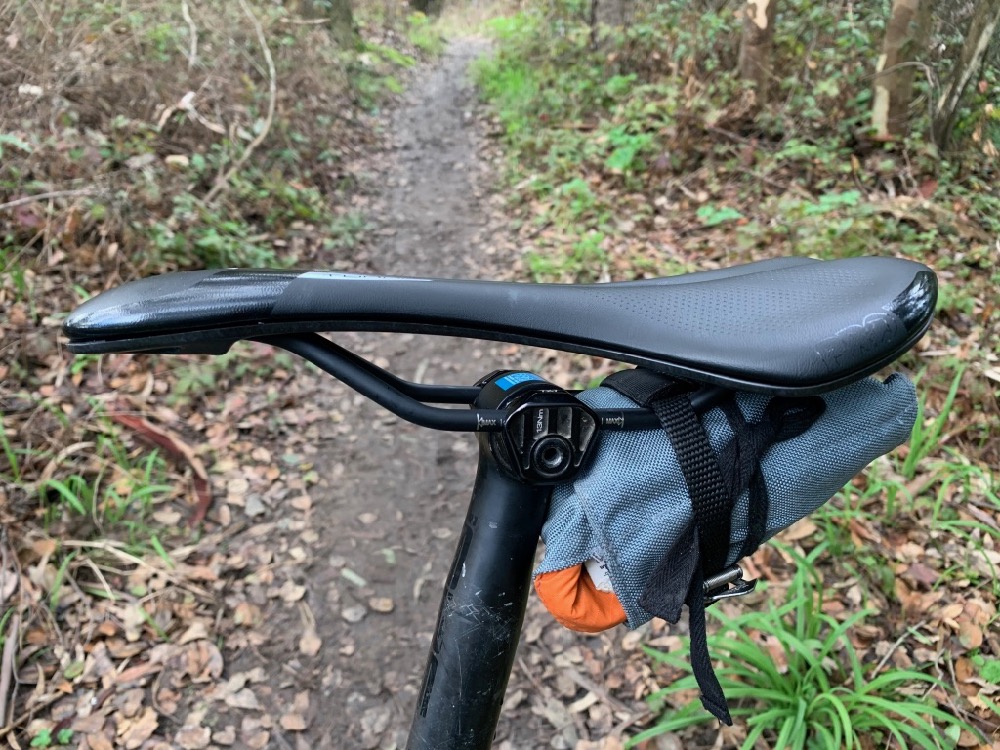 Though I’ve only just thrown this on, and gotten one ride under my balls, so far the results look pretty fine.

I appreciate both the bits as well as the pieces of this saddle, and I was looking mightily forward to getting wholly familiar with it during my first ever Dirty Kanza race, at least up until last night when I was notified that I didn’t get the golden ticket.

I didn’t want to hang out with those nerds anyway.

Anyway, even though it might seem like I’m getting paid to promote the goods that Shimano bestows upon me from time to time, I’m not, and if I didn’t like it (as I sincerely do), you can bet I wouldn’t have bothered mentioning anything about it at all.

And brothers and sisters, with hand on Cat, that’s not just talk.