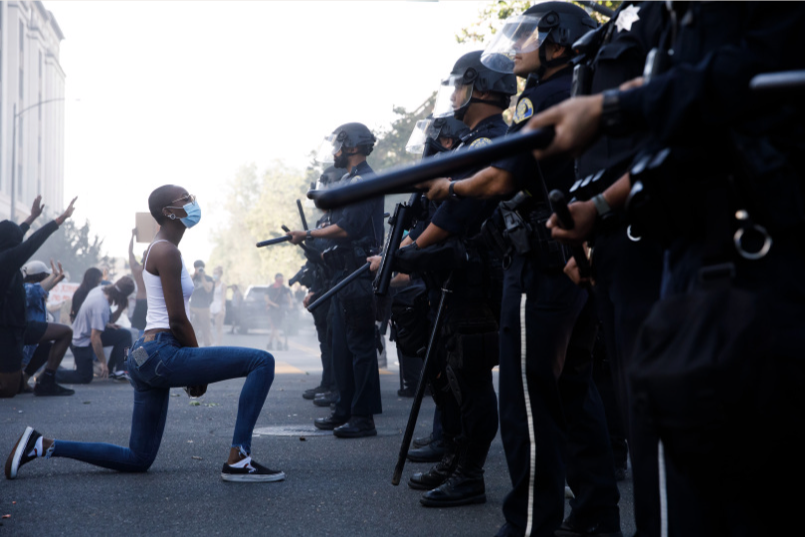 When last we were together things were only slightly less dumpster fire-ie. I leave for a few short days, and when I tuned back into civilization, literally everything was on ablaze.

Over the years, and especially these last few days, I’ve spent a lot of time thinking about my role in not only this specific topic, but in attempting to navigate strife, and at least try to help make the world a better place at all. This began years ago when despite the fact that I have access to this here amplification device, one day I became suddenly overwhelmed with a paralyzing feeling of helplessness. I stand at this pulpit week after week, and month after month, and year after year doing my very best at reminding myself to be a better person, and reminding this audience to be better people, and to do what it takes to spread at least a little bit of goodness at any possible turn.

But one day I hit a wall. Who cares what I think? I’m but a tiny voice in a sea of millions of louder ones, and in most cases, perhaps even more concise or articulate ones. Broken hearted I waded through the following days until I saw the movie ‘For No Good Reason’, and everything changed with a quote from the mouth of one of my all time favorite visual artists, Ralph Steadman;

To paraphrase, he said something along the lines of the following;

I sat there, gobsmacked. Firstly, if this person who has made a career of standing on a highly visible platform feels this ineffective, then besides being in good company, I clearly have a long way to travel in order to make my own voice heard. I also thought, (or possibly even exclaimed aloud to no one), “but you changed me, and my life“, and I was both overwhelmed by sadness that this person who I held in such regard felt the same as me, yet at the same time felt a sense of encouragement for the same reason. I promised myself that if I ever had the opportunity to meet Mr. Steadman, I would let him know, which in 2018 finally came to pass; 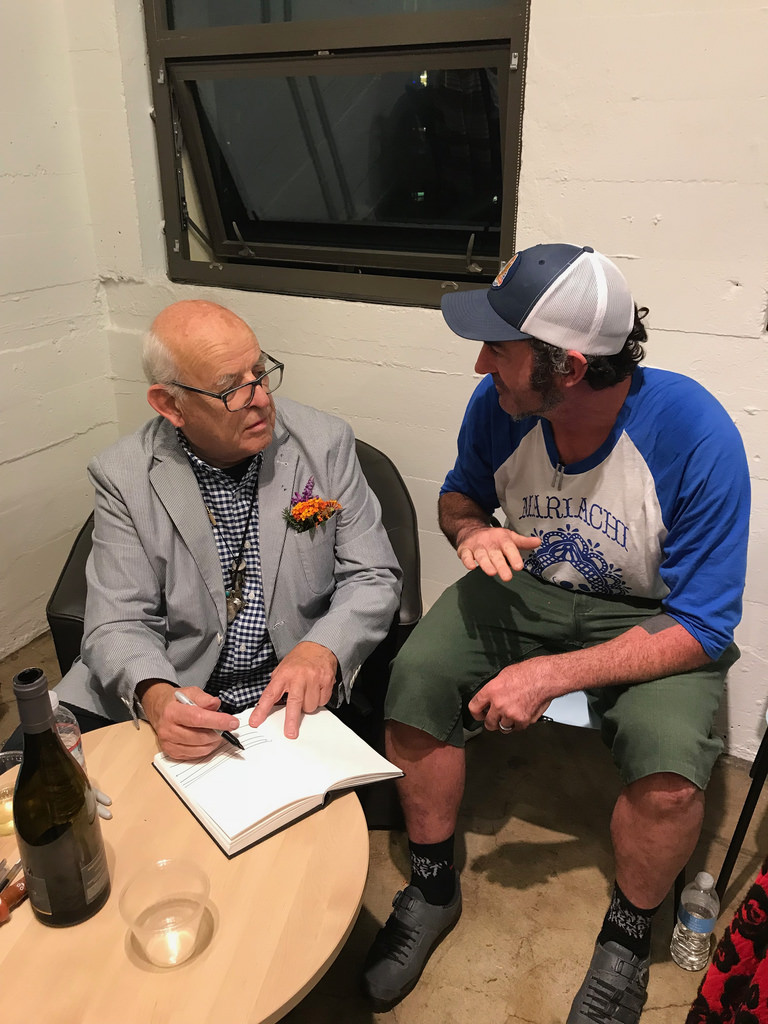 But I digress wildly…

I suppose my point to all of this is that after spending these last few days in the woods, and out of connectivity, I felt stuck in how to go about writing a new post, or what to do, or how to say whatever utterance I was going to conjure. I’m deeply, deeply saddened by the murders of George Floyd, and Ahmaud Arbery, and Anthony Hill, and Kathryn Johnson, and Breonna Taylor, and Eric Garner, and Amadou Diallo, and Alton Sterling, and Oscar Grant, and David McAtee, and, and… It’s a goddamned epidemic, and I don’t pretend to know how to even begin solving it. In incremental steps forward, as I’ve always done, I’ll simply continue commit to being a good person, and fighting for justice, and what is true and right in whatever way I can, hopefully without burning my (literal, and figurative) home down in the process.

Of all the people who might pipe up on the matter, my aces at One On One Bicycle Studio did recently, most concisely;

We have been at a loss for words for the past week. We look inward at our privilege and that we will never know the injustice that is the reality for so many in our community like George Floyd who face endless racism and murder at the hands of those sworn to protect them.

We are a small voice in all of this noise but we pledge to use that voice to advocate for those who are suffering, and to use our hands for action to foster equality. Join us. Your community needs you. Be active and inspire change in everything you do to support justice, peace, and community. We love you all.

If you feel compelled to make a donation of some financial support to various organizations, I’ve already contributed to National Bail Out, and Women For Political Change. Other worthy groups are Minnesota Freedom Fund, North Star Health Collective, or even the NAACP. Certainly there are others, and if there is one that’s close to your heart, please include it in the comments.

I’m committed to be an ally, and I’m doing the best with the tools I have at my disposal, and the Dog given skills with which I have to work. Unfortunately there’s not really a guide book, but as long as we continue to operate with intent, and purpose, and love, deep down in my heart I can’t help but feel that eventually, the good guys are going to emerge victorious; 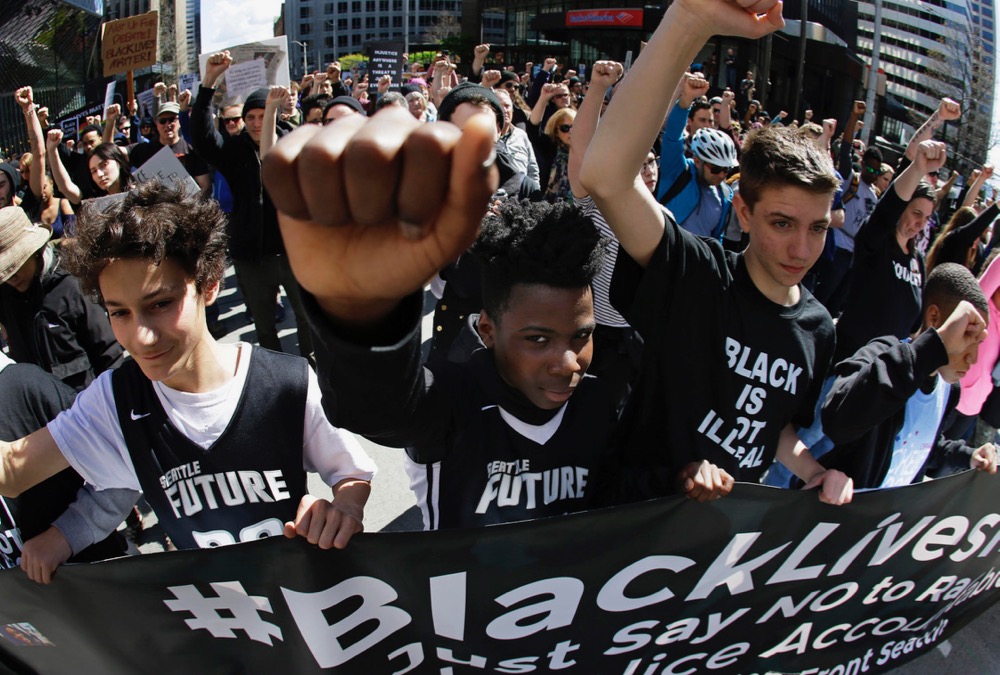 Certainly, I would be remiss not to address this topic out of the gate, so having said that, I’ll briefly describe the isolation in which I was locked while the world began to burn.

As I said last week, I was asked if I would have an interest in getting out of dodge for a spell, and working at a couple of cannabis farms deep in Mendocino County. Obviously, the benefit would be tuning out, and sleeping in the woods, which is never a bad thing. I absolutely busted my ass while I was there, and any downtime activities aside from sitting in a chair and recovering in preparation for the next day, were pretty much off the table. I did give myself a little reprieve on Saturday morning, and took off on a spin, which as it turns out was an absolute back breaking climb in every direction, but it was lovely none the less.

In no particular order, the following images are but a few things I saw in my time away; 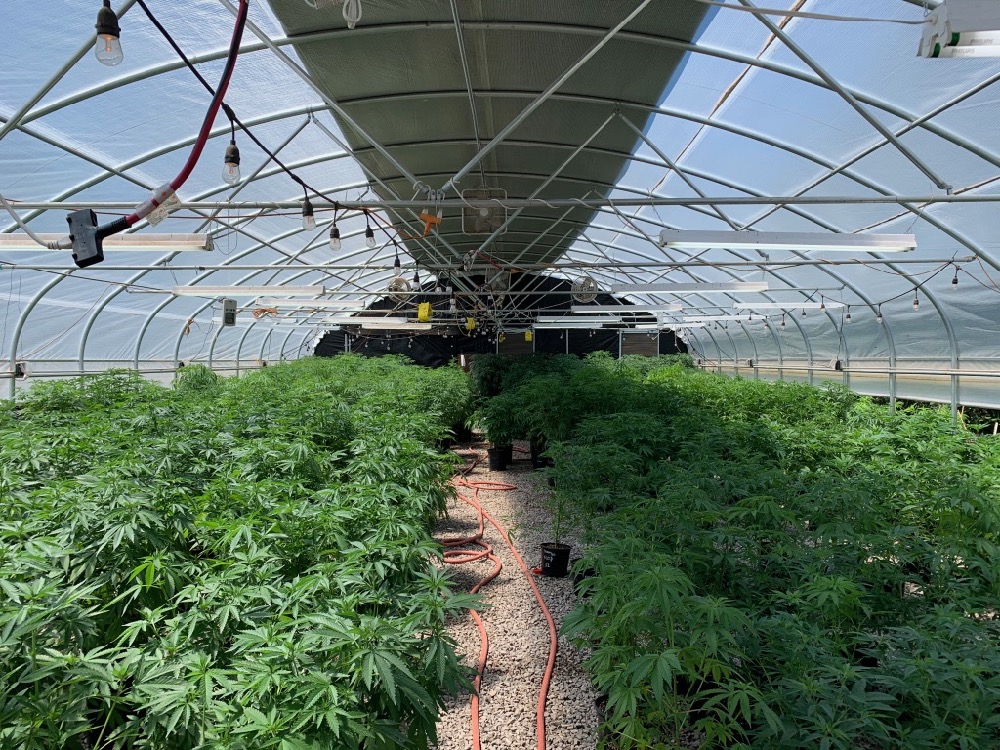 This is Minou, which I learned is French for ‘Kitty’. He was a love, unless you were a mouse, or a mole, or a rat, or a bug of any sort, in which case he was an absolute killing machine; 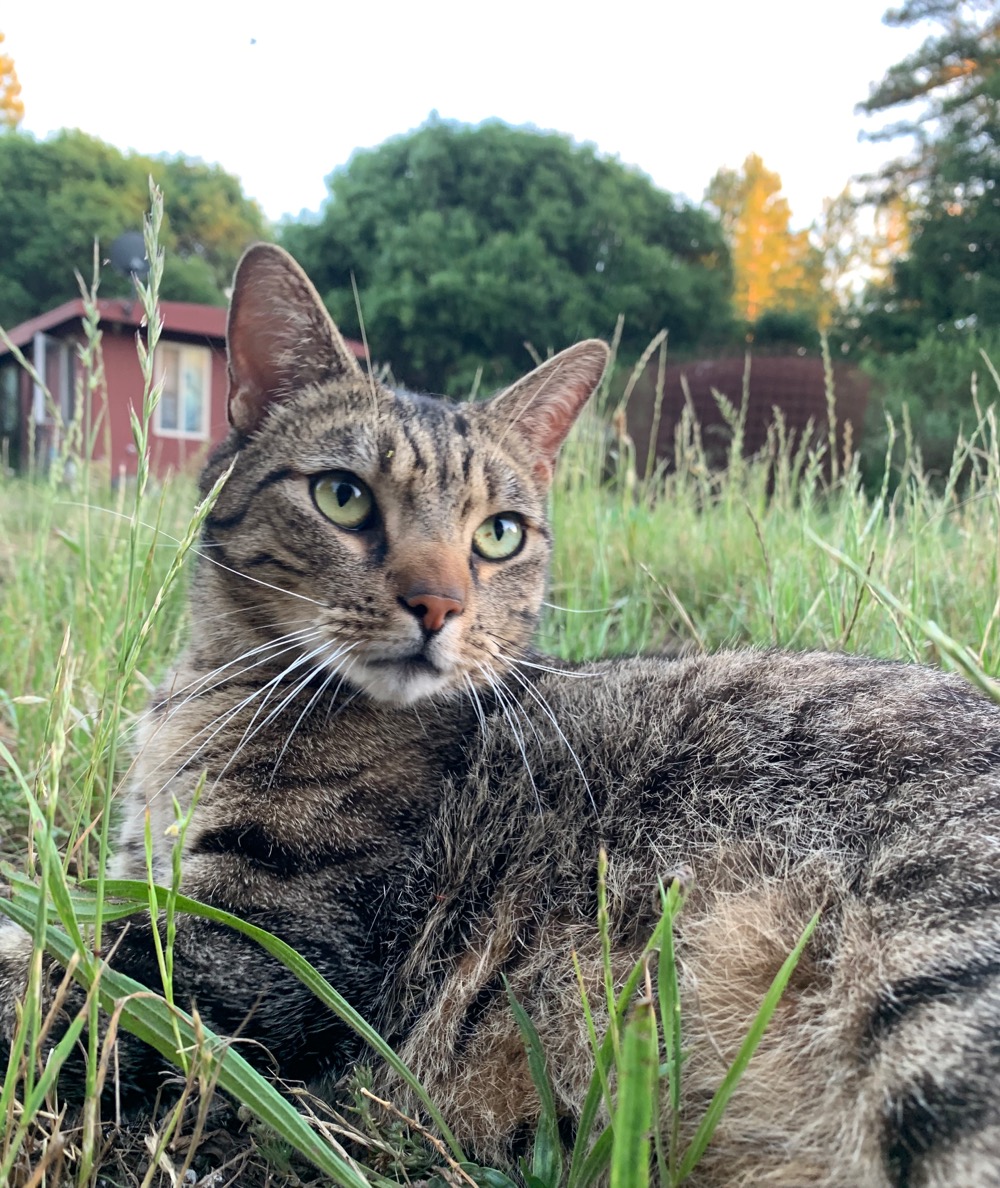 I repotted a mess of babies, and of the hundreds I gave new homes, this little one was my favorite. I named her Steve Jr.; 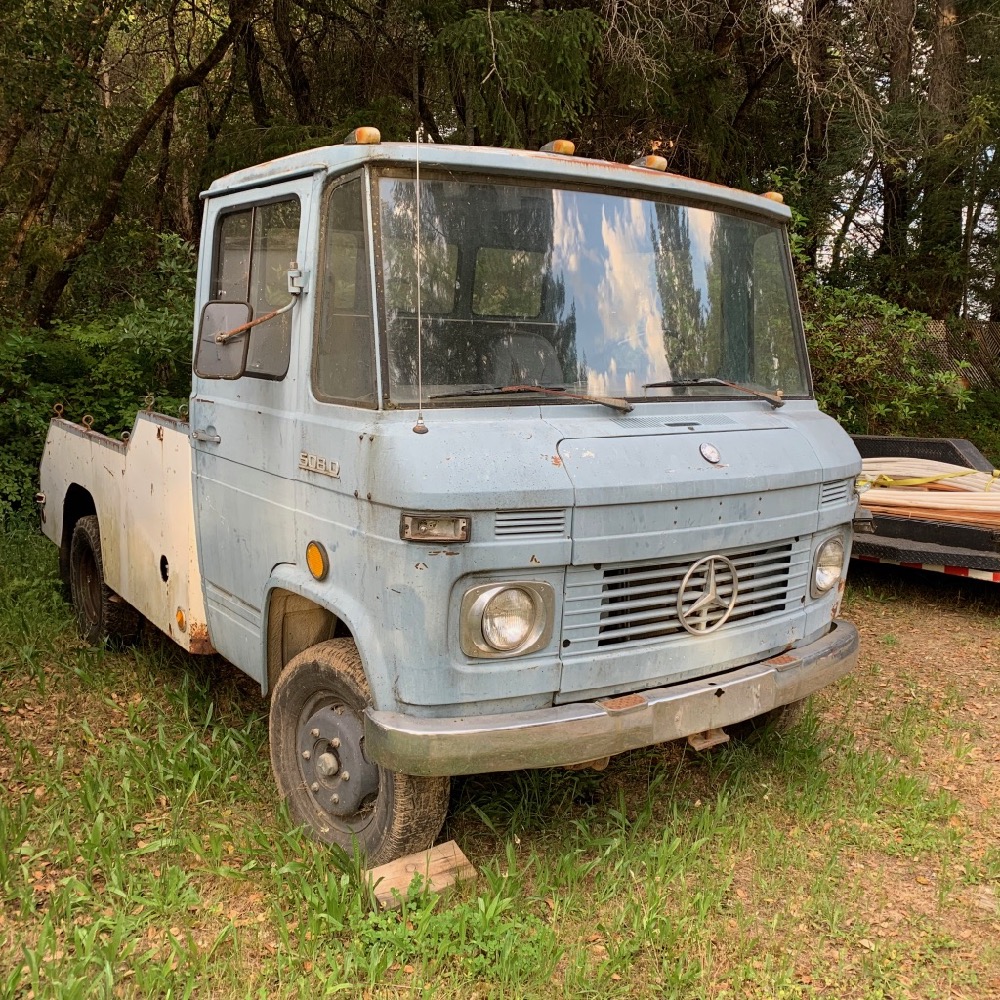 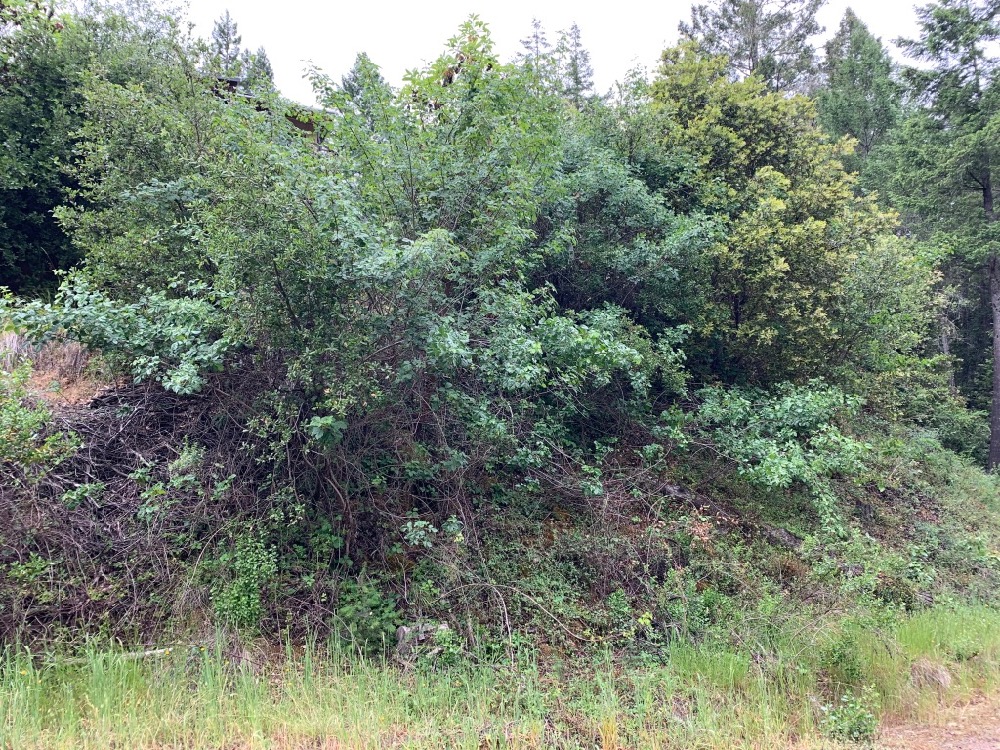 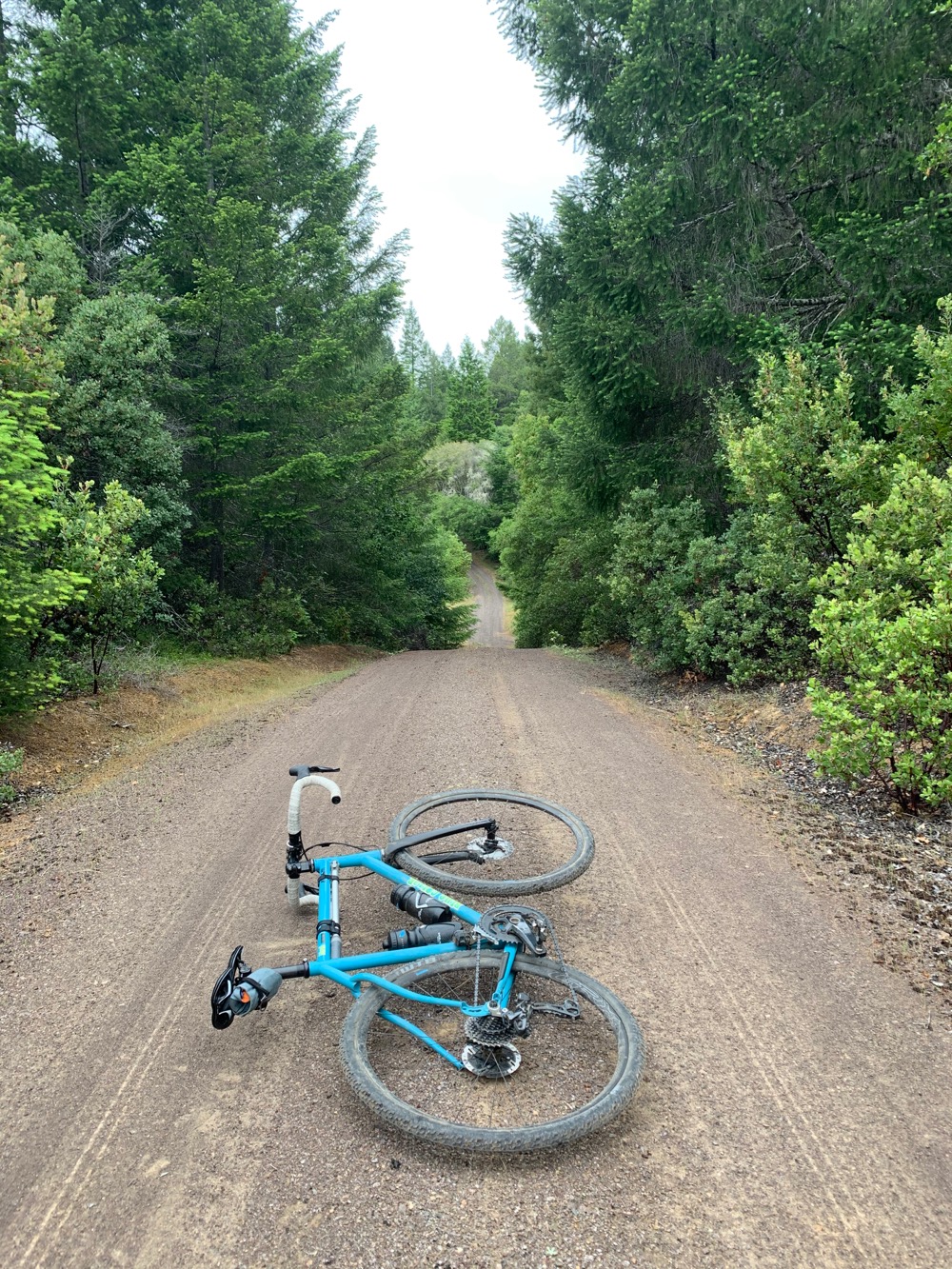 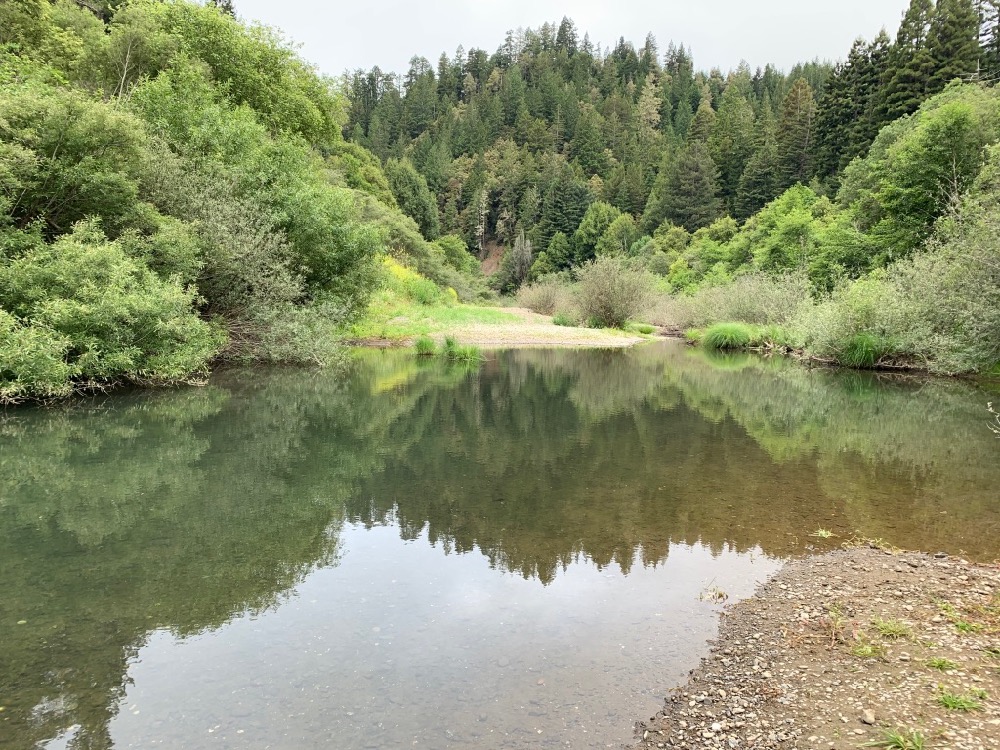 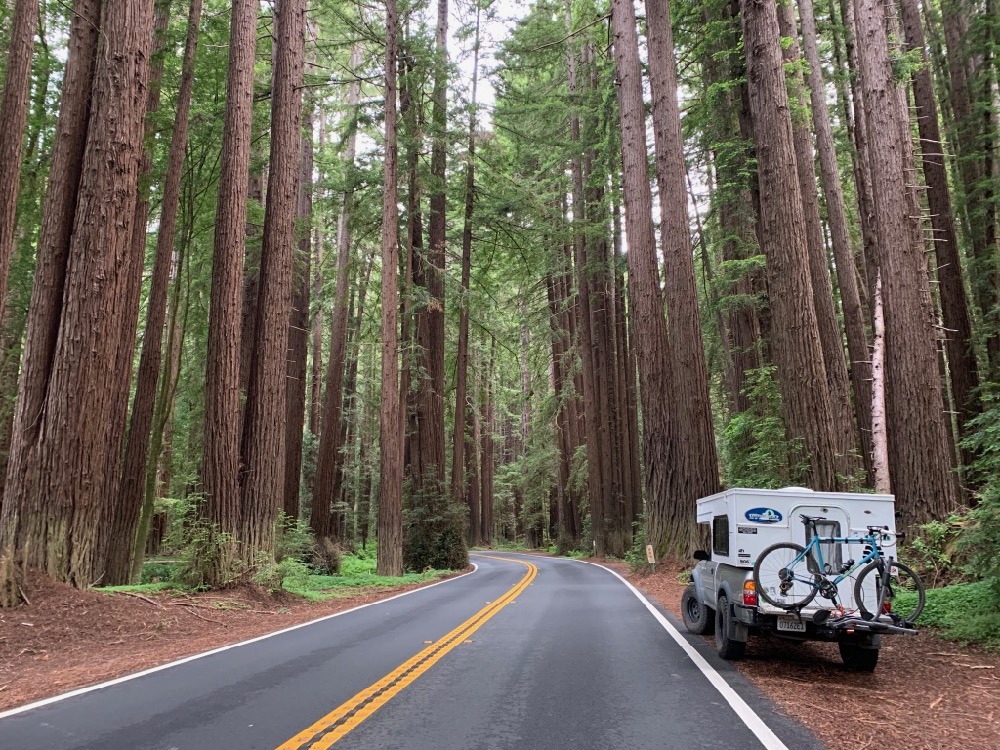 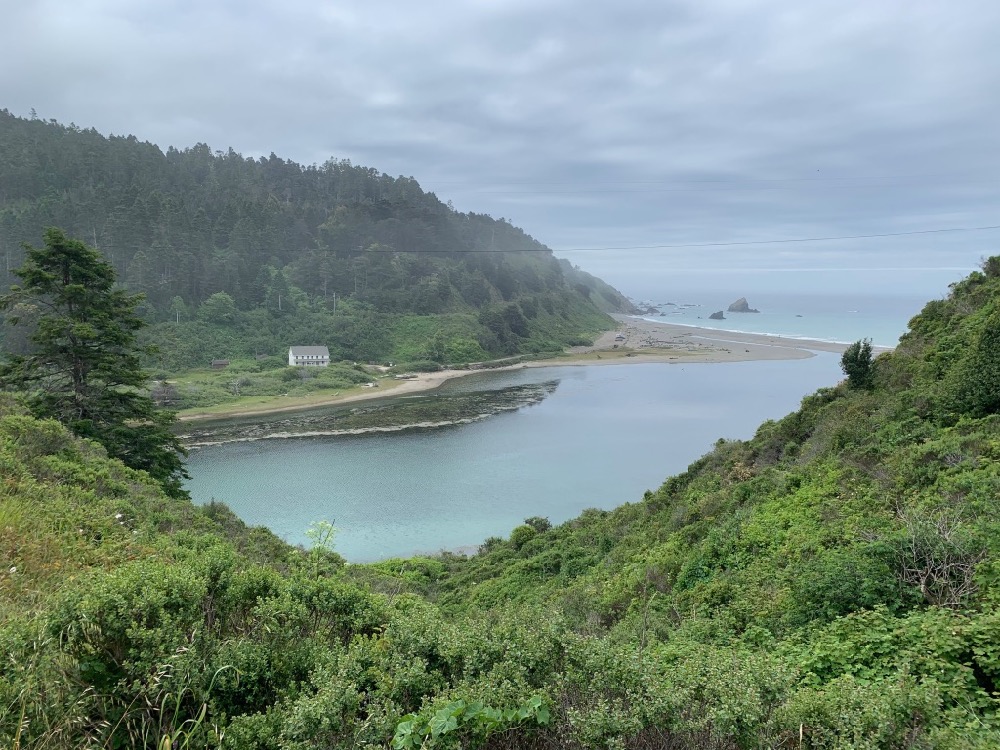 It was certainly a welcome reprieve, but now that I’m back, its time to get back to the grind, though I can’t help but wonder about going forward, how much more bananas can things get? Maybe it’s best not to ask.

For now, let us all stay vigilant, stay active, stay committed, and most of all, stay safe.

8 Responses to “What a difference a week makes.”