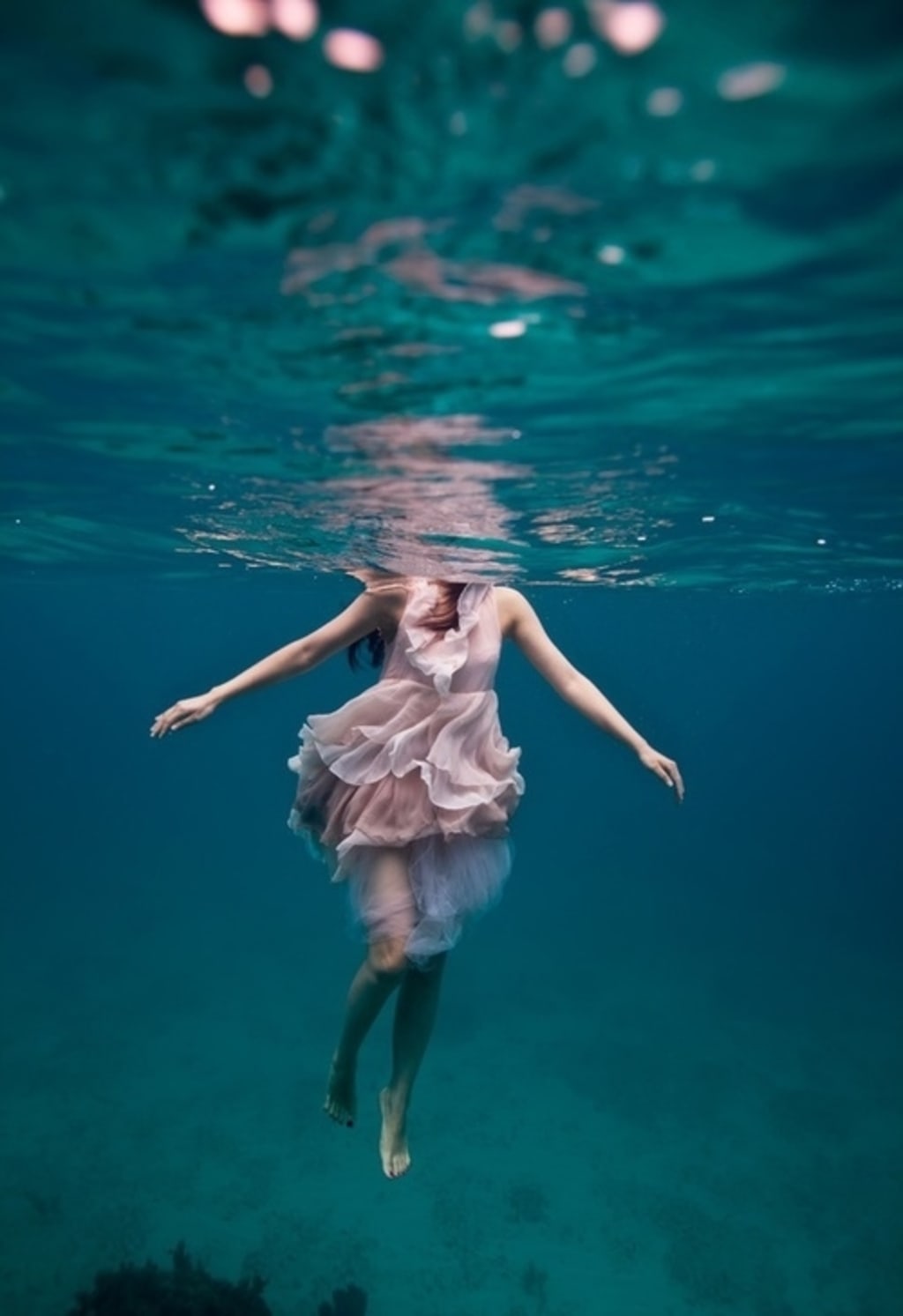 Does it feel like we’re just barely keeping our heads above water to everybody, or is it just me?

My god, it’s just relentless. Just as soon as I get a breath, another wave laps over the top of my head.

Thankfully these days, or rather, for the last week I’ve felt a little bit more normal, despite the fact that the western half of the united states is on fire, or that 17 year old children are taking it upon themselves to murder people protesting the cops shooting Jacob Blake seven times in the back, and in response, a bunch ‘good Christians’ have raised $200,000 for his defense?

I mean, seriously- What in the actual hell is going on?

As I lamented last week in another of my online echo chambers, the take away from ‘Bill And Ted’s excellent Adventure’ was apparently literally lost on everyone but me, and seemingly ten other people. What about ‘be excellent to each other‘ is so hard to apply?

Thankfully BATEA V.3 is out now, and perhaps it comes at the perfect time;

Though I’d be lying if I said this version of Bill and Ted’s band the Wyld Stallyns wasn’t preferable;


Perfect drum fills, heavy riffs, a dog, and abs that you could wash your clothes on. It really has it all.

Well, and what should develop just as I get to the end of this particular passage but a complete and utter shitshow in Portland, Oregon.

For those not in the loop, things are getting really ugly between protestors, police, and counter protestors. I don’t know what to make of all of this, but as I was mulling a number of this entire knot’s components over in my head, I very happily came across the words of activist Mechad Brooks;

Racism is dying. I know it looks like it’s reinvigorated but that’s what happens when something is dying. It calls out for help and support. An ideology is alive and like all living things it fights to stay alive especially on its death bed. Hold on. A new consciousness is coming.

A year ago when I was in Flagstaff I met with a super duper witchy intuitive named Nita Lapinski who said universally, we’re in the throes of immense change. Personally, at the time she said I was one year in to a three year cycle, and globally, everything was about to go tits up (my phrasing, not hers.)

There was a lot of strife and sadness on the horizon, but a new consciousness was going to be born from it. There are three responses from people when I bring this up. “I hope you’re right/I want to believe“, “I feel like there might be some truth to that“, and the ever-rare “I know this to be true“. Wanting, feeling, and knowing. This is a process I’ve fought, and continue to fight tooth and nail through. I’m determined not to let this bullshit break me, and nine out of ten days when it has, are all but a distant memory when that one good day shines through and I can finally get back on my feet to continue the fight.

I wish I could describe some specific formula that was one size fits all, but alas, I’m still figuring this out for myself. The best I can do is broadcast whatever hope I can conjure when I can, and trust that to whatever degree, it will pull someone out of the mire.

Like I told Snakehawk in a recent electronic exchange, hoping, feeling, and knowing all have distinctly different vibrations. Knowing affects change. The trick is to get to that place. Trusting that this all had to happen is the only thing that gives me any peace.

That, and of course music, which as it’s been said soothes the savage beast.

Not so very long ago, my pal Sean turned me onto this band called Church Of The Cosmic Skull, which has been aptly described as a Sabbath/ABBA/Yes sandwich, or if Kansas fell down the stairs. Or maybe it’s a little bit of all of those things…

If you happen to be a fan of the musical stylings of Black Mountain, then might I recommend you get cracking?

Finally, in news of bikecycle related adventures, I’ll share with you the thoughts of JS, who just took part in the annual PBR 2020, which was unlike my own personal PBR 2020, when I just sat around drinking beer;

-First beer at 10:00. I figured with that, I was winning either way at that point. -The world’s most horrifying (And completely unexplainable) mouse on the first climb out of town. 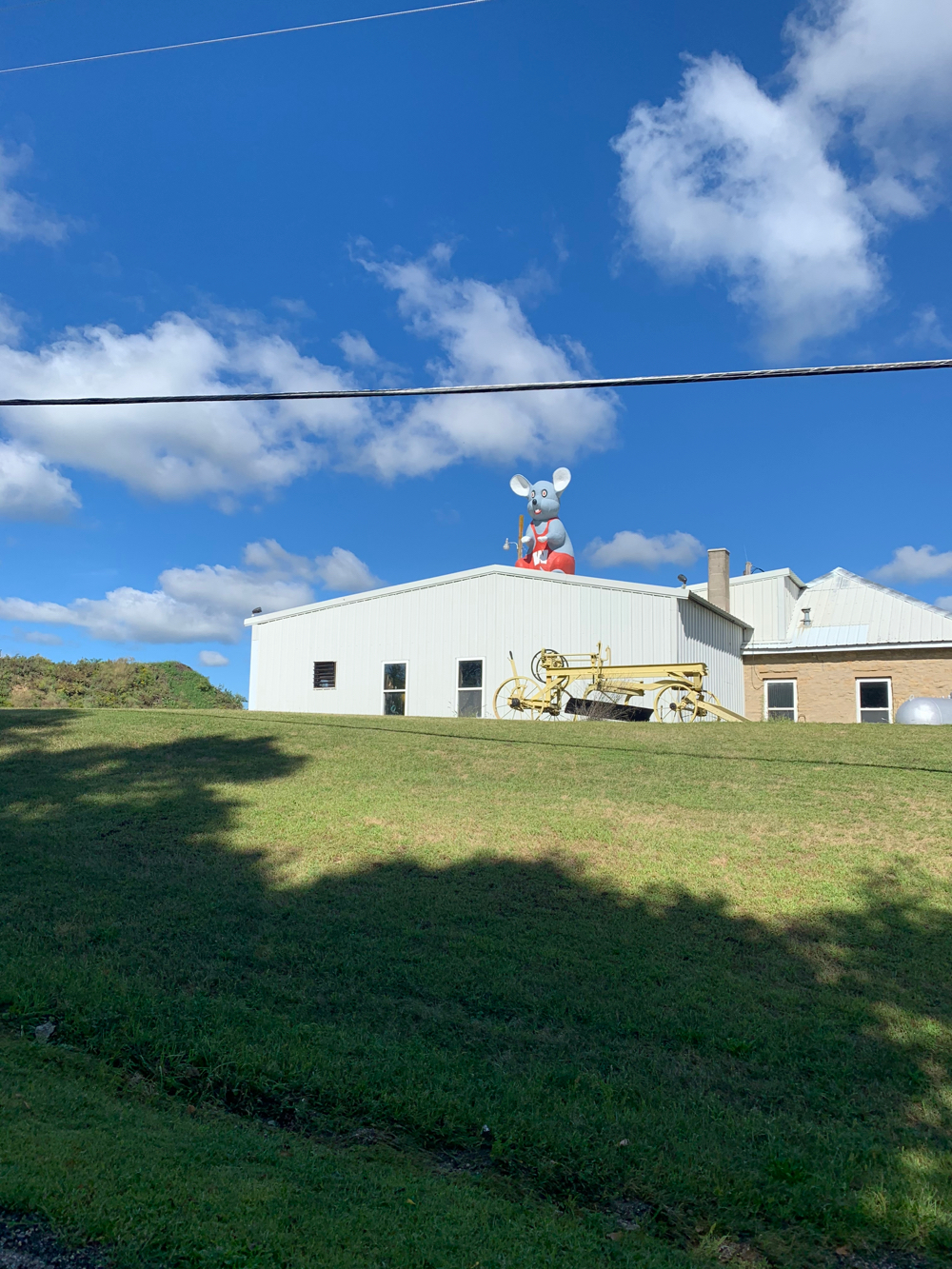 -PBRs at the art gallery of a “friend of the ride”. 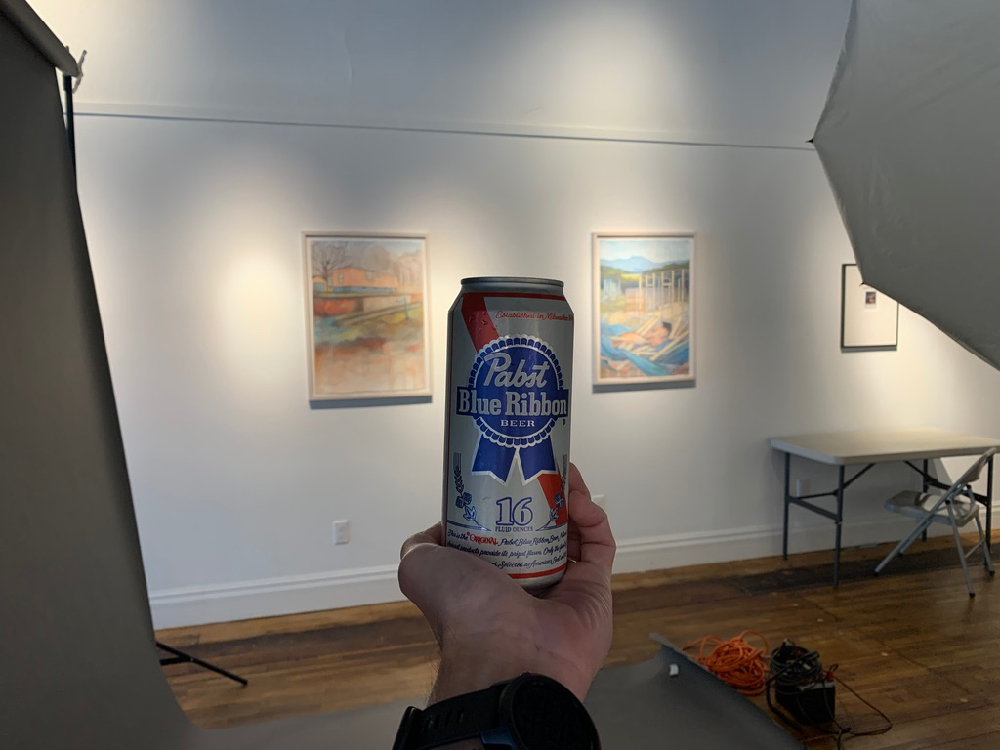 -Obviously one would choose to take advantage of the photo backdrop. Obviously. 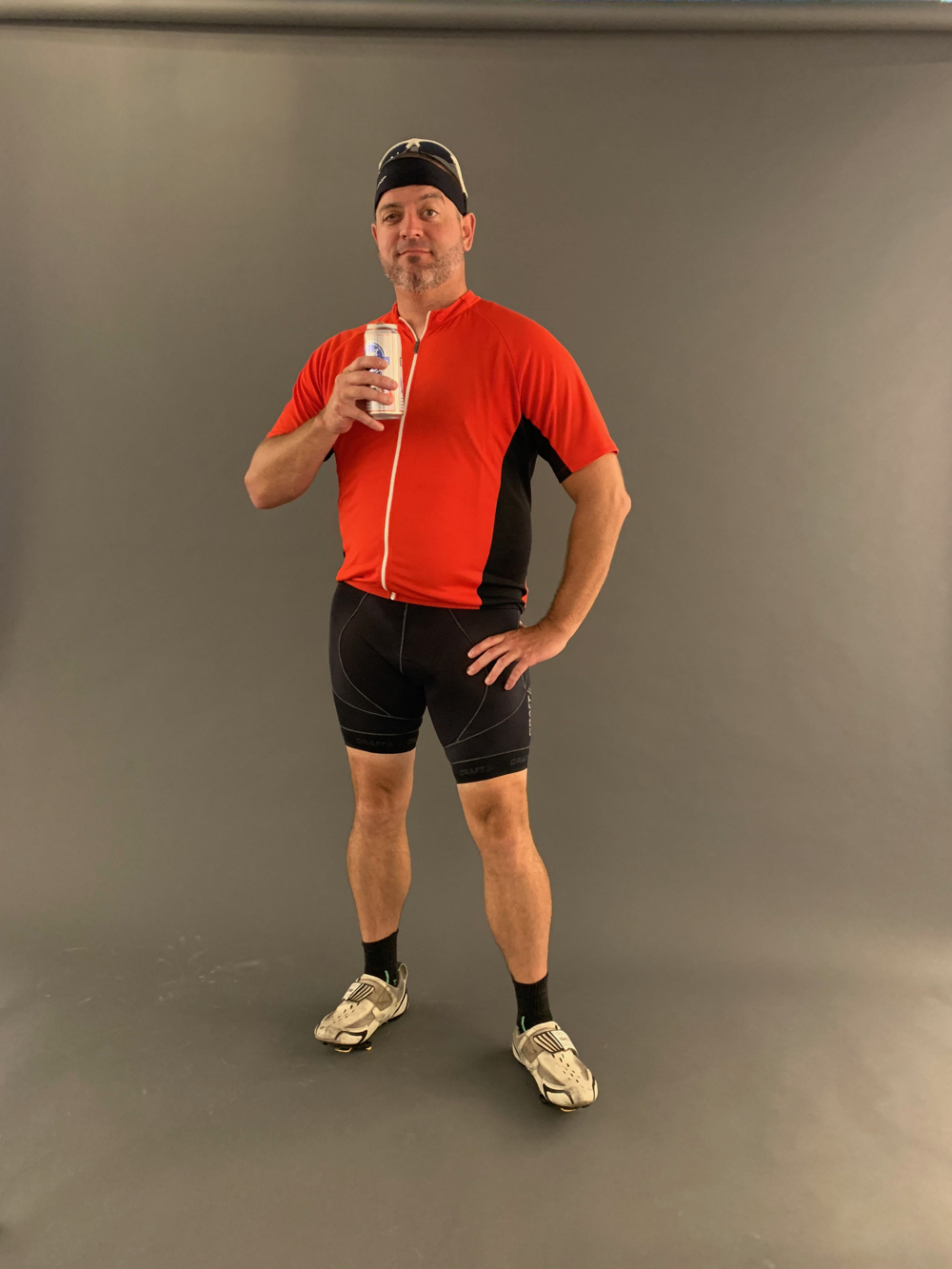 -Departure and a refuel stop at a neutral support vehicle 8 miles further down the road courtesy of a far-too-kind spouse. (Another “friend of the ride”.)

-Strangers were met. And departed as friends whose paths crossed upon the trail. 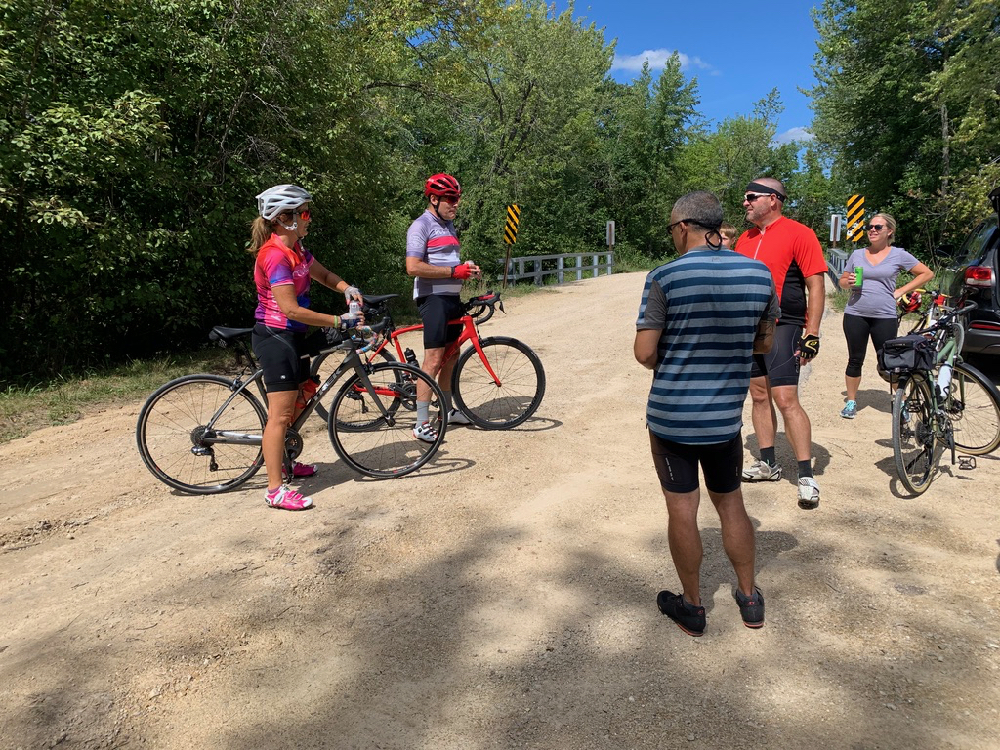 -Berlin, WI, and Shephard’s drive in. A mere 15 miles further. (Typically alcohol in this town, but Coronapocalypse waylaid that plan. Solved with a quick run across the street to the gas station for a couple of 24 oz cans for a few of us to share.) -Vines and Rushes winery for the final stop. Awards supplied by the novelty sponsor were distributed and enjoyed. 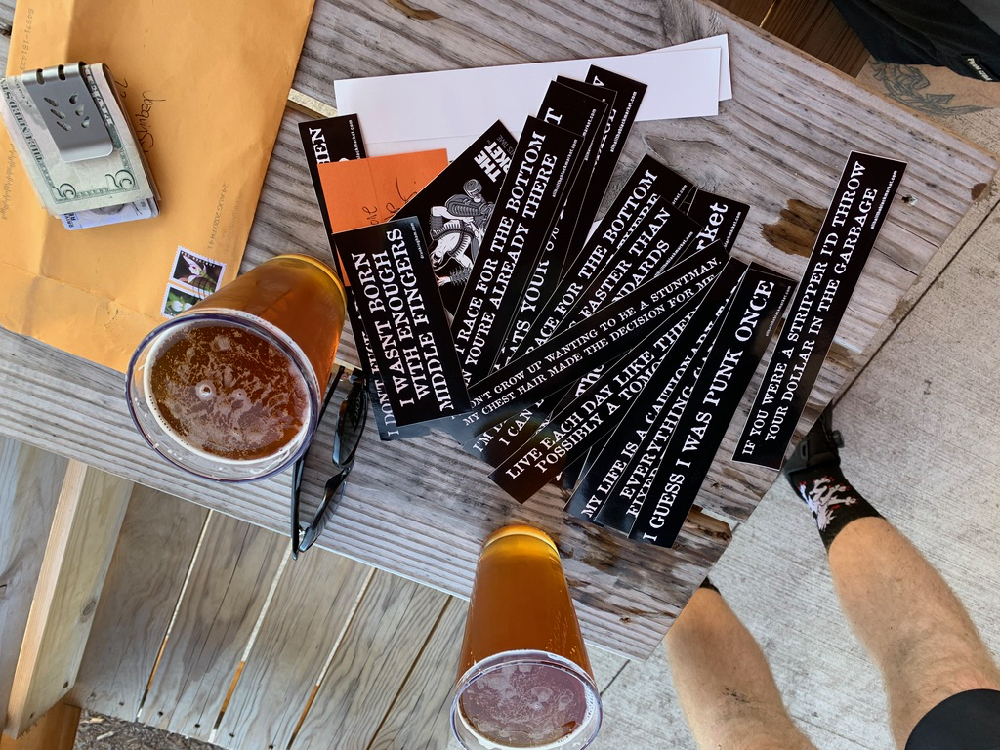 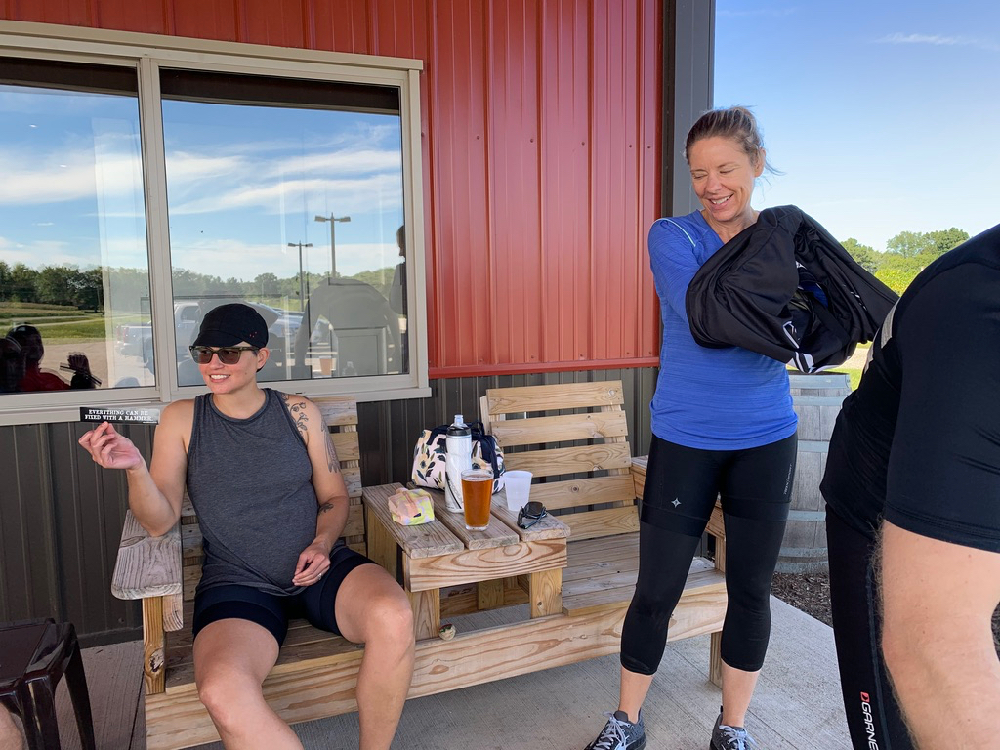 -It was confirmed that a good time was had by all.

-The last 7 miles or so home were a little slower than some of the others. -Somehow THE END was encountered somewhere in the middle of the ride. We were unable to confirm what exactly we had reached THE END of, but, we all still seem to be present today, so whatever we did reach the end of, it appears to have been inconsequential.

Be well. And keep the lid on.

I appreciate the effort JS and his crew put forth. He sent on a huge bunch of photos, and since I wasn’t along in person, and only in spirit, I kinda tried to assemble them to some degree of chronological order.

If I didn’t and ended up botching his thoughtful correspondence, then let’s all just look at it as me continuing to make an effort to keep things feeling normal.

2 Responses to “Pretending things are normal, round two.”