Well, we did it. We got rid of the Orange Fart Cloud™, and that other aging EMINEM looking wingnut, and replaced them with two people, neither of whom I trust to a nearly equal, but wholly different degree.

With this photo of Gwar’s Vulvatron taken by Steve O. Shoots as a companion, Gwarsenio Hall I think stated it most concisely; 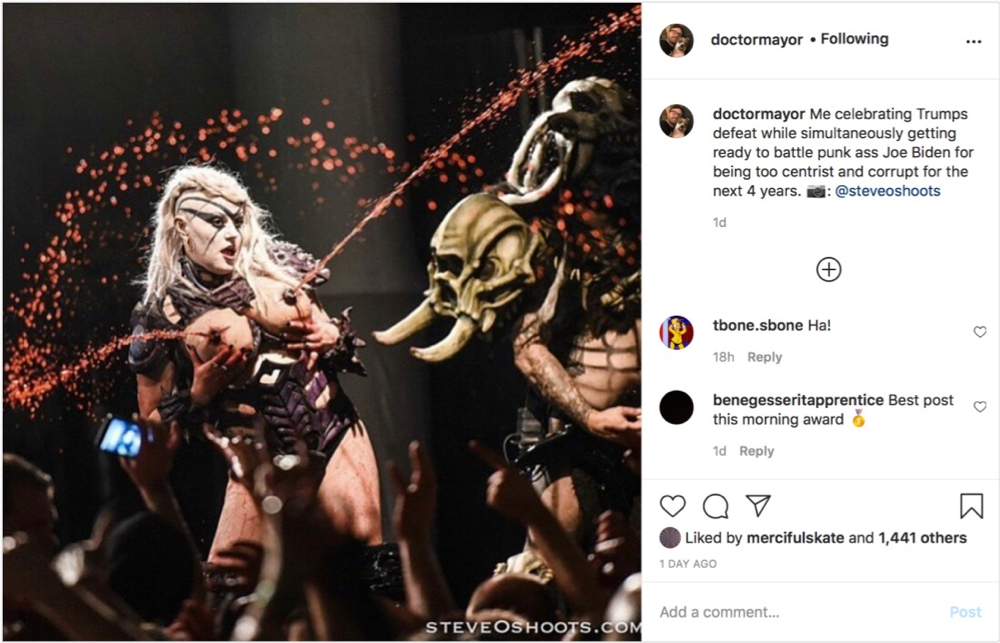 “Me celebrating Trump’s defeat while simultaneously getting ready battle punk ass Joe Biden for being too centrist and corrupt for the next four years.”

And while I do very much appreciate Kamala Harris, the fact that she made Brett Kavanaugh cry, and that she is plainly, and spectacularly whip-smart, having seen her act as California’s Attorney general leaves me with a bit to be desired. She was, after all, the state’s ‘top cop’, and in the wake of examples of police brutality too numerous to count, the fact that people are so willing to celebrate her arrival to the White House really serves as a testament to just how desperate we were to get rid of its previous tenants. For my part, I’m thrilled that Trump and his merry gang of shitbags are soon to be smears in the rear view mirror, but let none of us forget that 68 million people voted for him. Bannon’s not going anywhere, nor is Miller, nor are his douchebag sons, or are (besides the ones not already in prison), any of the rest of his sycophantic crime syndicate.

And as was pointed out by Dan Ozzi on Twitter over the weekend, if anything, this just steels the psychopaths’ resolve; 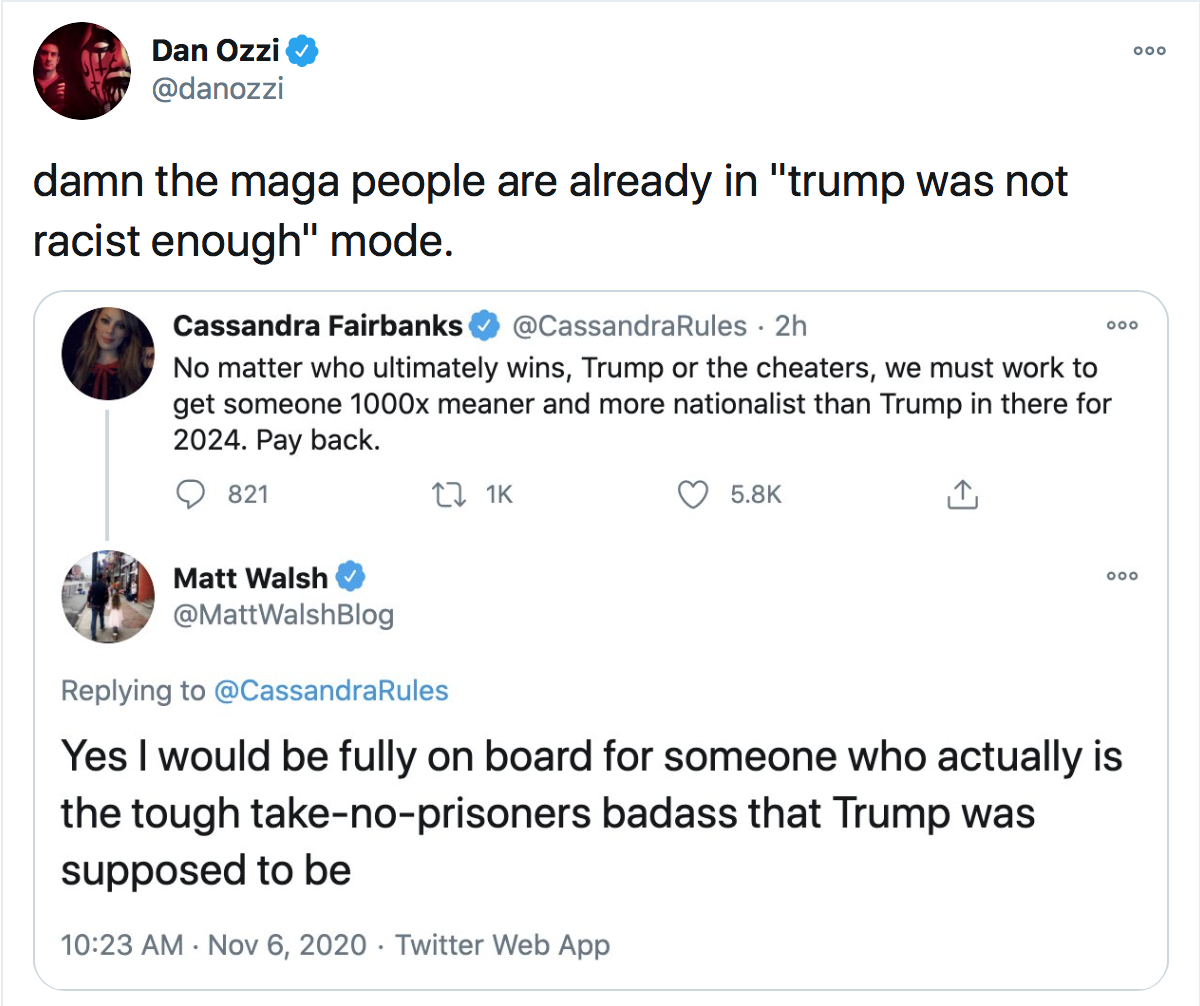 Have you watched this past weekend’s ‘One For The Weekend’?

I strongly encourage you to.

Eddie Glaude makes some vitally important points to remember. As long as they stayed small and quiet, the fringe elements of society helped bolster the notion of a great American melting pot, but now the minority has become an equal force, and Christian white America is making no bones about their reluctance to get with the times and share.

We’re at no finish line. It’s up to each and everyone of us to dig in, and keep fighting even harder, while striving to keep doing right by one another, and as Dave Chappelle so beautifully stated this this weekend’s SNL monolog, join in on his ‘Kindness Conspiracy’;

To my mind, this just shouldn’t be extended to Black folks, as he states, but to ourselves, and everyone around us, friends and strangers alike.

Like I’ve said so many times before, pain and vitriol can’t combat pain and vitriol. It only makes it worse. Be the source of vibration you want there to be more of the in the world.

It’s easier said than done, I know, but going forward, maybe just take a baby step, and keep that in mind as you go about your week.

Having covered that, I’d like to share a nice email I received from James that made me feel good, plus, luckily because we haven’t had any in a minute, included some art that is a joy for the eyes;

As sanity(?) re-asserts itself, and we start to ponder things that don’t suck, this came across my feed and looked like something you’d appreciate. 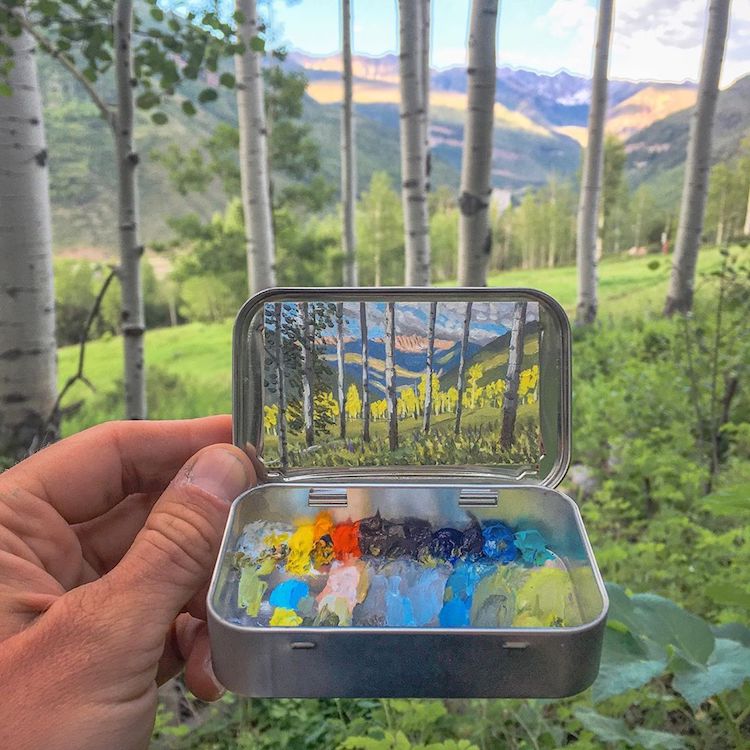 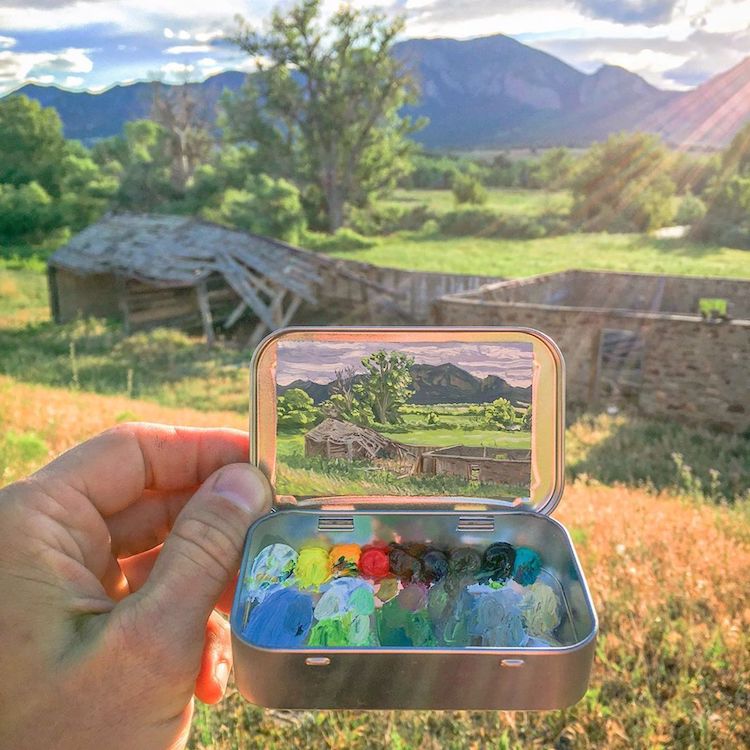 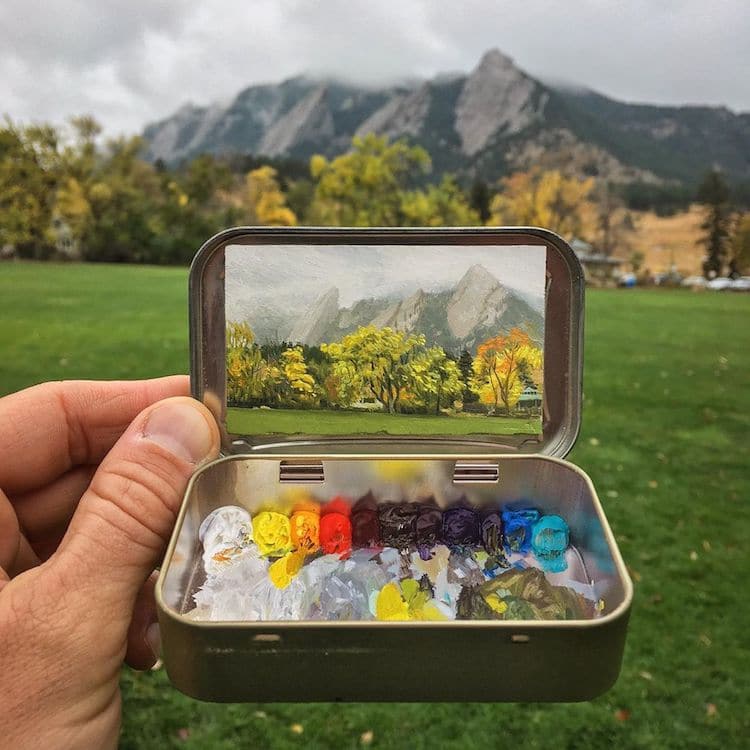 I did wonder if he had help eating all the mints.

ps. Take care of yourself Steve, you’re one of the peeps that make sucking air better than the alternative.

Two points, I appreciate the kind words and support very much.

In a different corner of the mail bag, I got a holler from Laura of Soulrun goods about a goodie they’ve currently got available;

Hey Stevil!
Hope you’re doing awesome. Remember that design I was asking you for help with? Well, our friend Stu at Relish Studio fixed us up something I fell in love with:) Perfect homage to our favorite band, the Bandit and our new forever home, Moab; 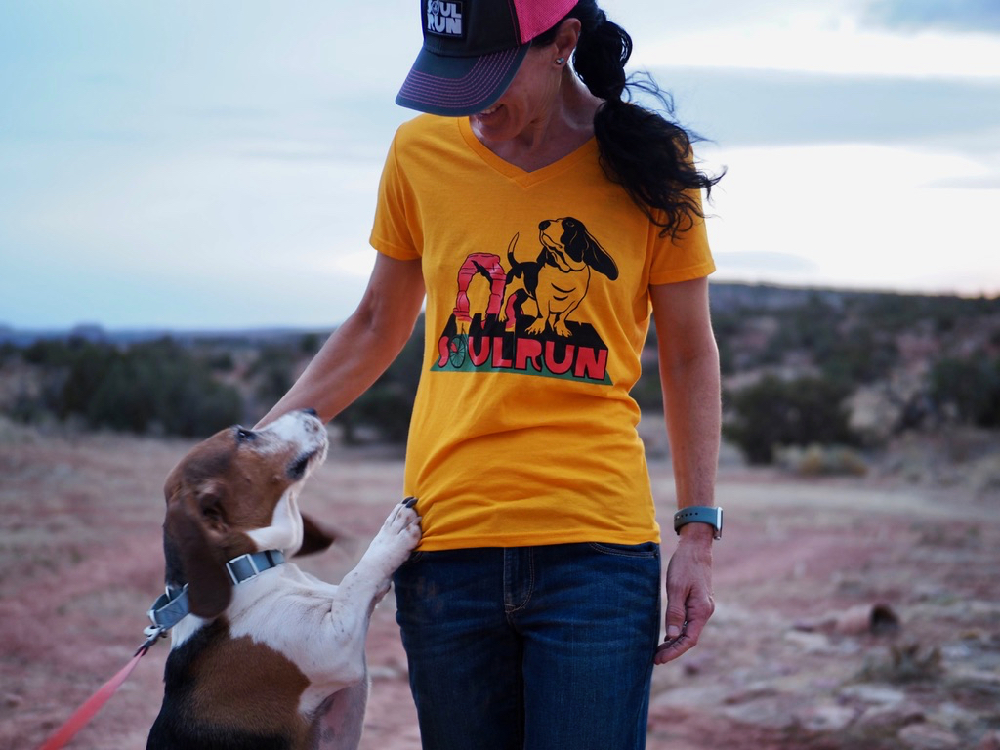 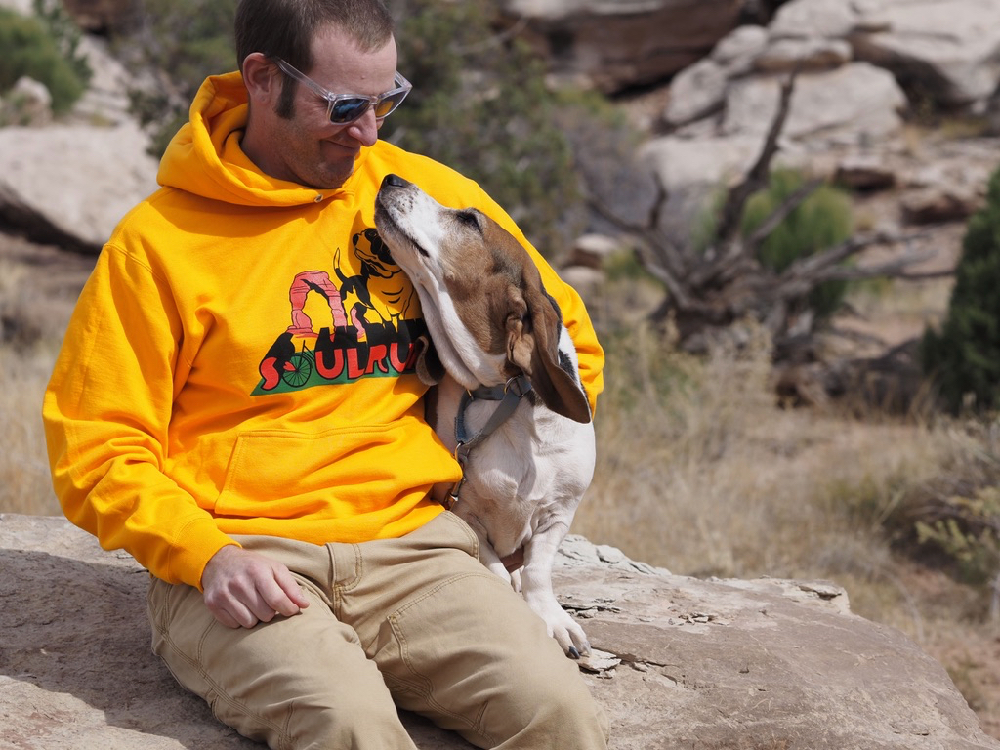 I’ve got a bunch of new shirts, sweatshirts and stickers all available in my shop and I’m wondering if you would mind sharing? I appreciate it so much as always:) Thanks for everything and take good care!

If you need a new lovely body covering, or really for that matter, any of the bitchin stuff Laura painstakingly crafts by hand in her Esty shop, then I encourage you to get cracking.

Moving on from that thing, to the next, and in closing- Have any of yinzers seen the 808 van? 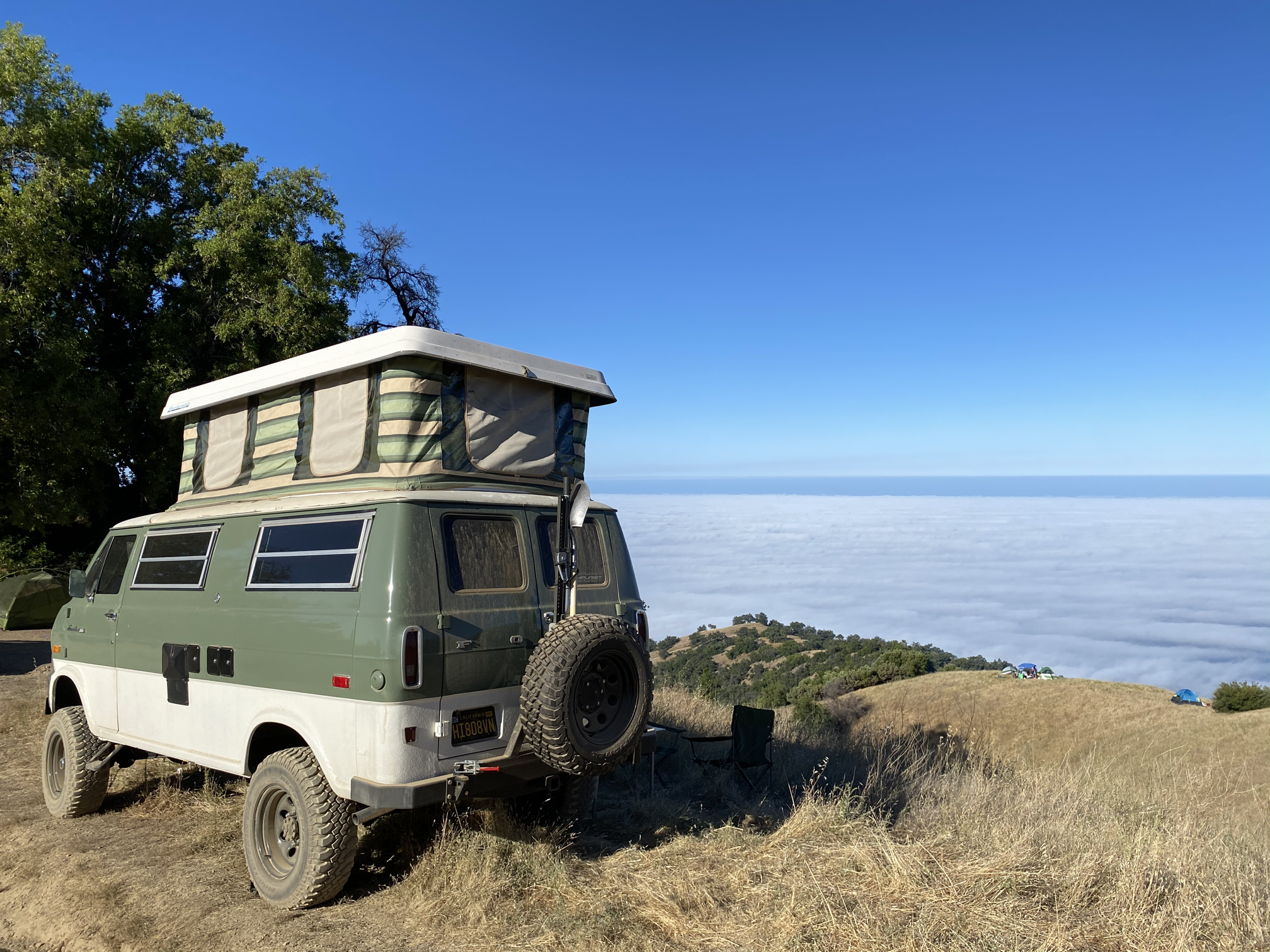 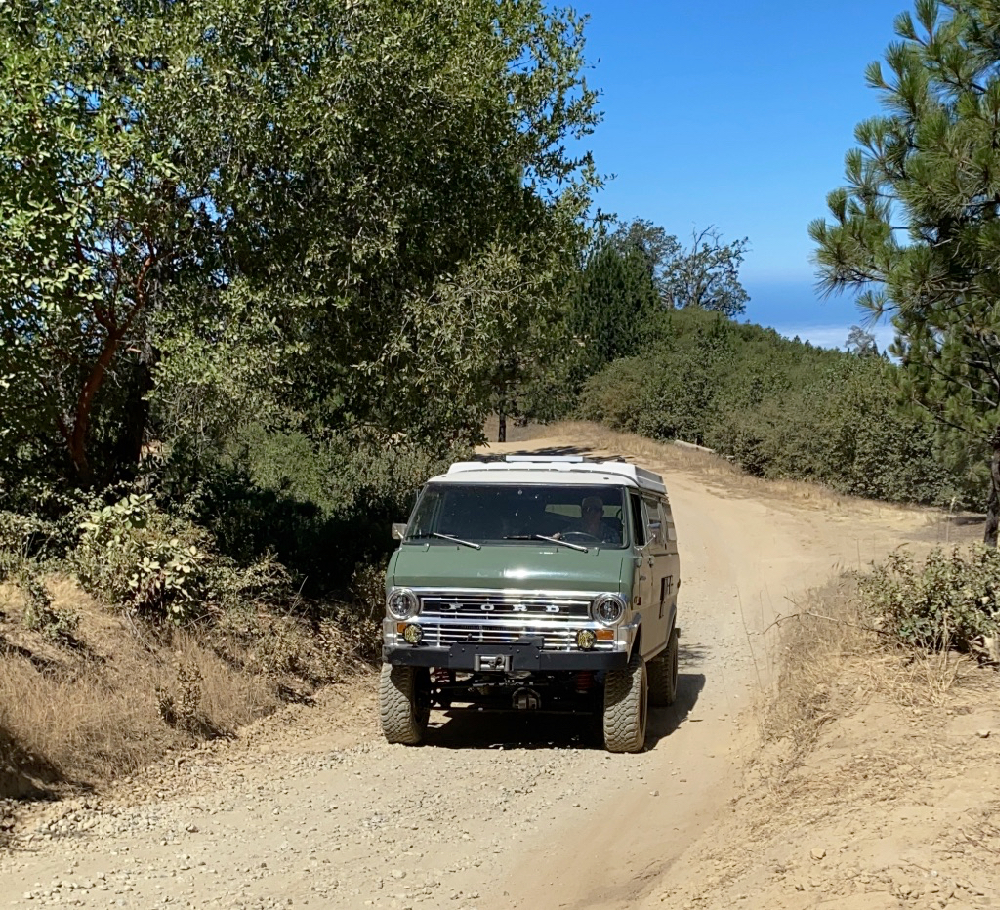 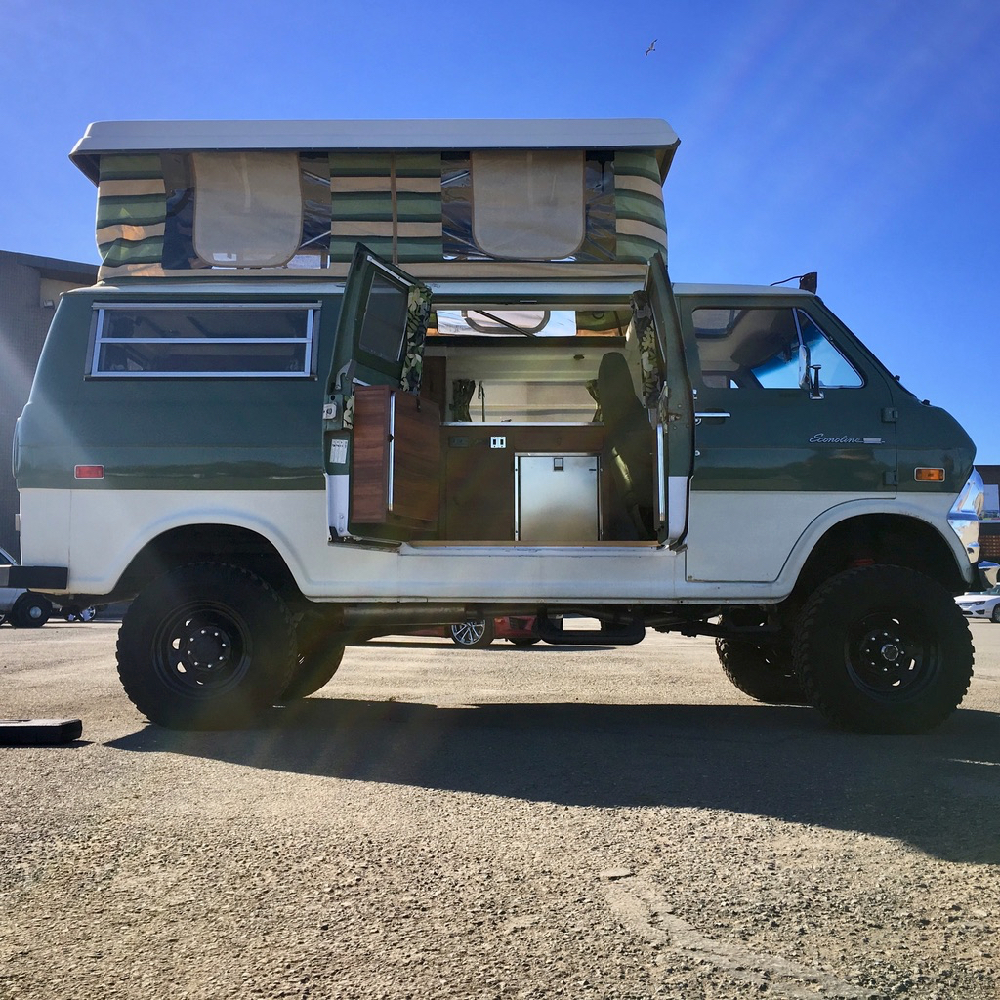 I’m kinda enamored with this thing.

Since I was a little kid, I’ve liked all manner of ’70s era 4×4 anything, but there’s just something about vans that have always struck my imagination.

Folks who might lurk around the AHTBM IG feed perhaps have seen this Chevy I’ve had a crush on for about two and a half years; It was regularly parked in West Oakland, and I got to see it every day until about a year ago, and it poofed into thin air. I’d all but given up hope of ever seeing it again, until last week, and as I was merrily pedaling along, out of the corner of my eye I caught a glint of primer, and rust, and almost crashed my bike whipping a U.

It was as if I was reuniting with an old friend. I imagined the adventures it had been on, and conjured up images of the driver (whoever he or she may be), hauling ass out across the country’s roadways, the wind in their feathered hair, weed smoke billows from the windows, as Monster Magnet’s ‘Twin Earth’ blasts from the Alpine sound system;

In reality, perhaps it has just been in impound, or maybe its owner’s significant other told them to beat it, so it left the neighborhood while its people patched things up.

Whatever the case, on Thursday I slid an envelope full of AHTBM stickers under the wiper blade, welcoming them back, and for the unintentional pleasure it brought me.

After all, you gotta find your celebrations where you can.