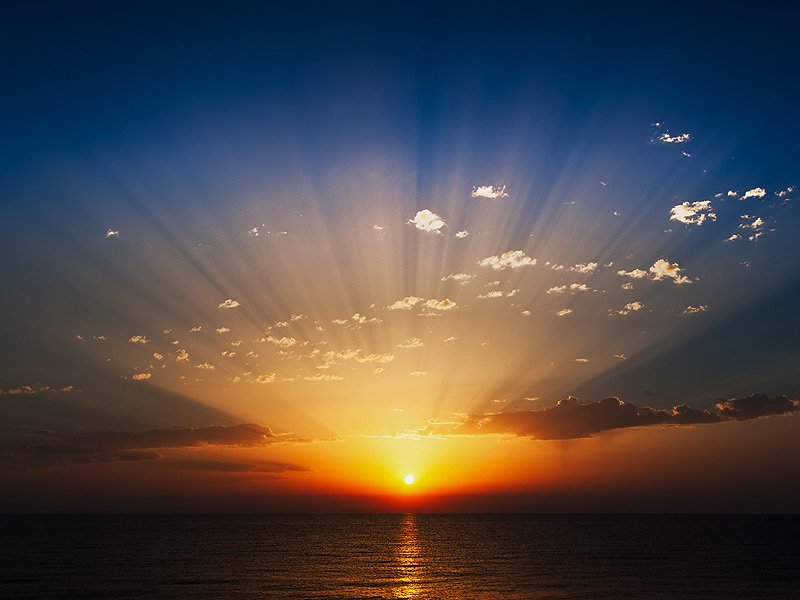 But as I insert this found image that was delivered to me from the Googles, how do we know that this isn’t a sunset?

How do we know that the internet isn’t one great big lie?

One thing I can guarantee to you, dear and faithful readers, I am the genuine article.

I am as flawed a human as exists, but holy shit, am I trying to be less so.

Every component and directive I express here is from the heart, and though I might not necessarily consistantly subscribe to what I impart, by Dog I try, and as the adage goes, tell a lie a thousand time, and it becomes truth.

Having said all of that, I feel compelled to mention that after eleven years of this being my sole source of income, for the next month or so, I’m turning up the intensity, and until I come apart at the seams, will be working an additional 40 hours a week at the extraction lab. The reason for this is three-fold. Essentially it’s an effort to buff out my saving before A) the forthcoming skateboard deck project, B) the forthcoming glove project, and C) the forthcoming extraction from my entire existence.

Can you imagine such a thing?

I can’t, and when it comes into focus, it suuuuuucks. The idea of falling out of my routine, and everything I know without as much savings as I can muster sounds like a goddamned nightmare, so the knob that’s previously been turned to eleven anyway, is now getting ticked up to the fever pitched mid-teens.

That said, forgive me if the next four to eight posts sucks, because I will be dying by a thousand paper cuts.

Thankfully, despite all of this, this weekend I was not only able to get out and get drunk in a parking lot with a bunch of skateboarders, but I was able to get out on a day long mash, what found me asleep in the grass mid-ride wearing one knee warmer; 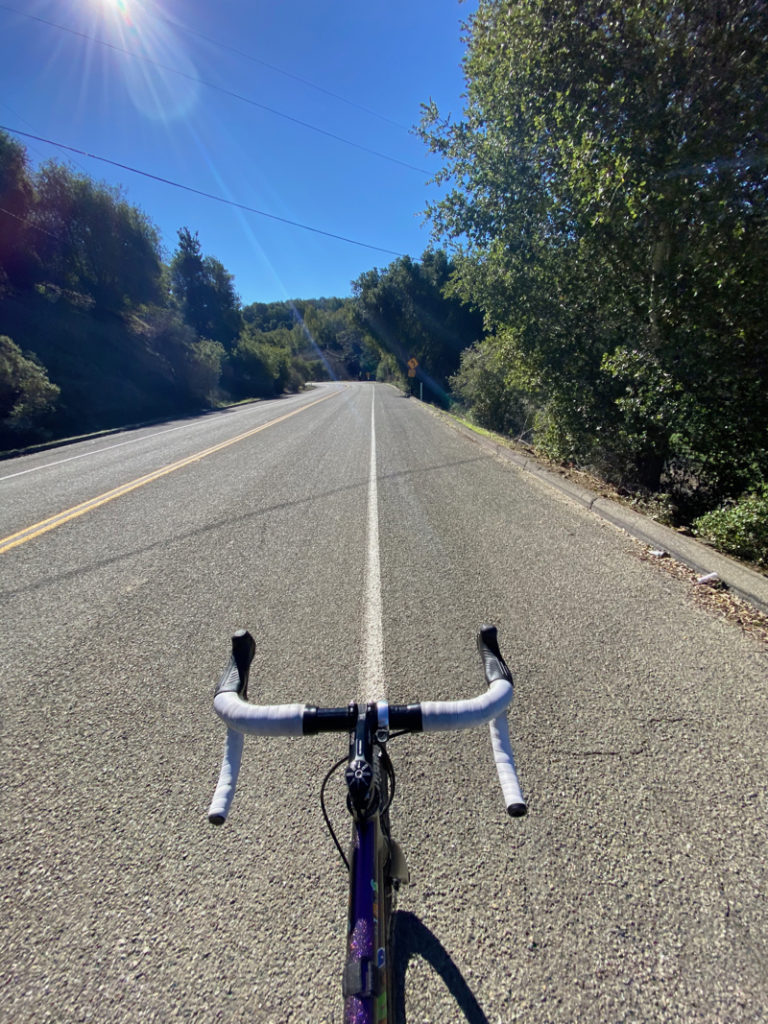 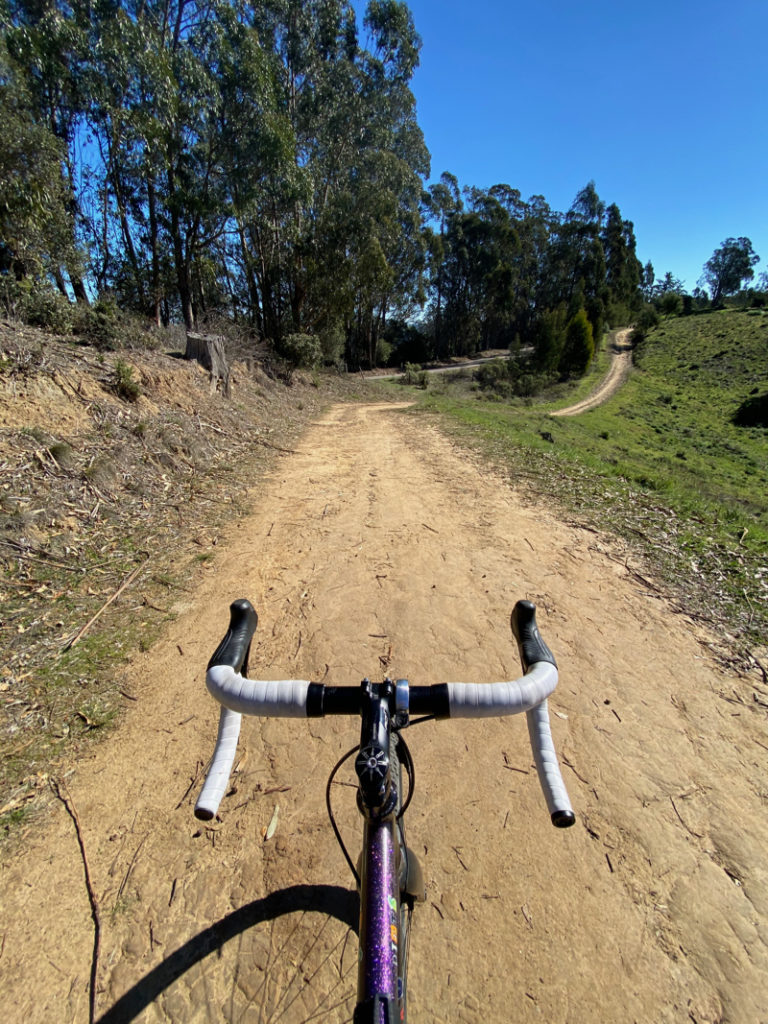 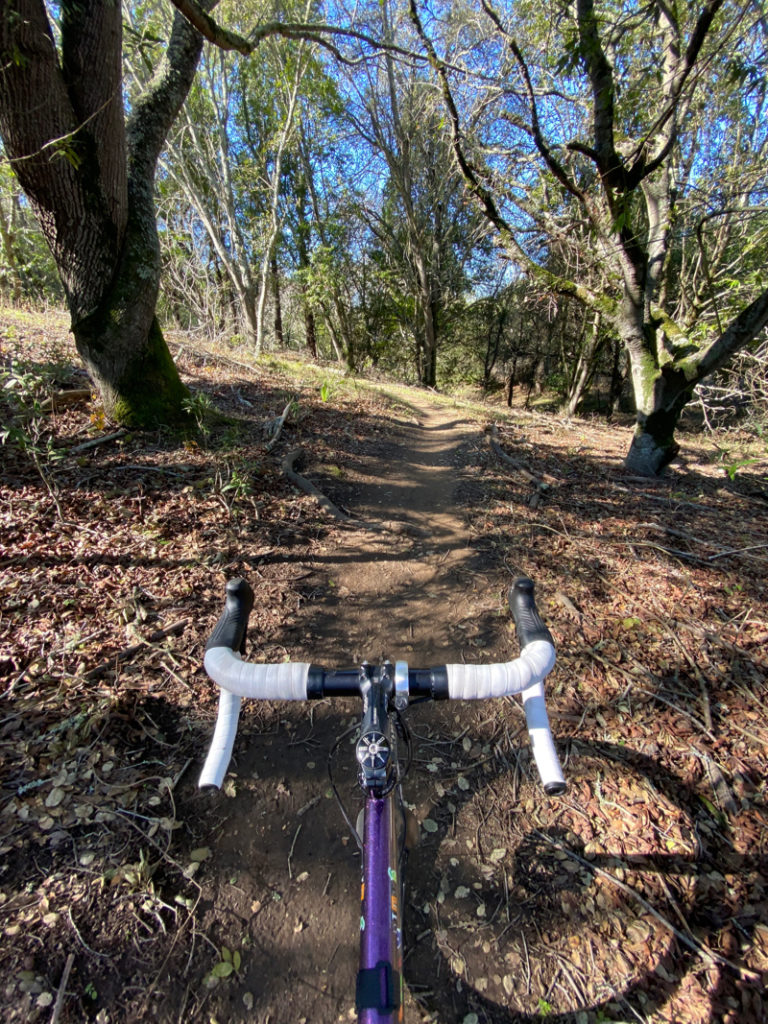 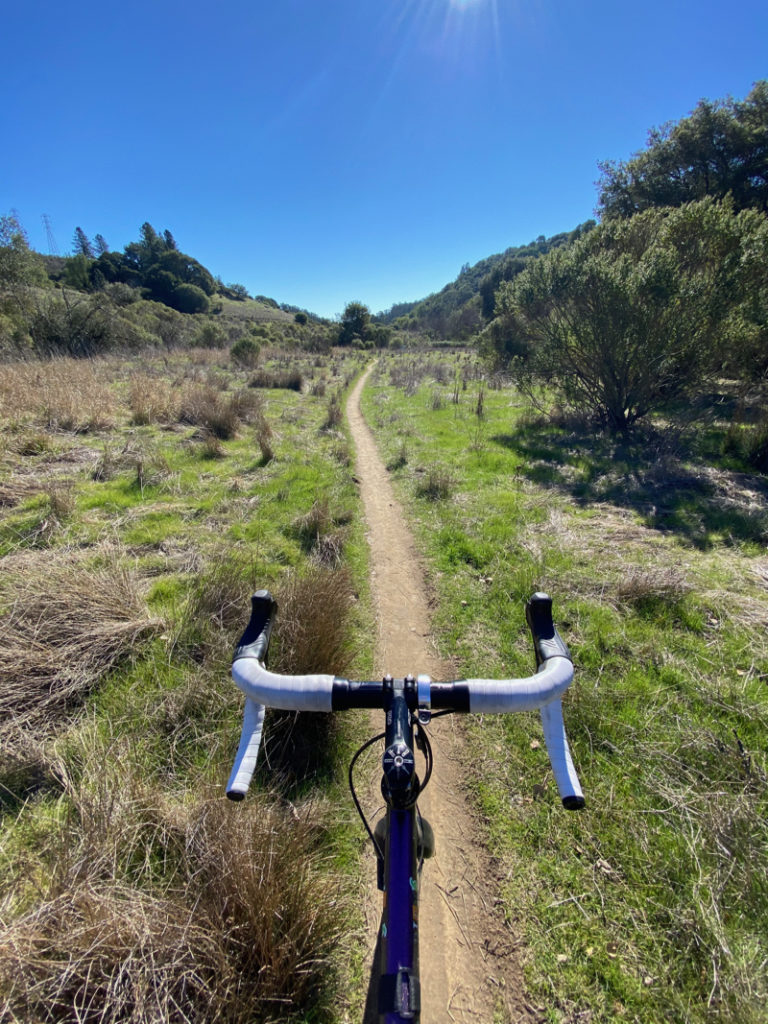 By the way, you maybe can’t tell by looking at this image down below here, but this is the dumbest, steepest, most horribly awesome climb around. Ask nicely, and I’ll tell you where to find it; 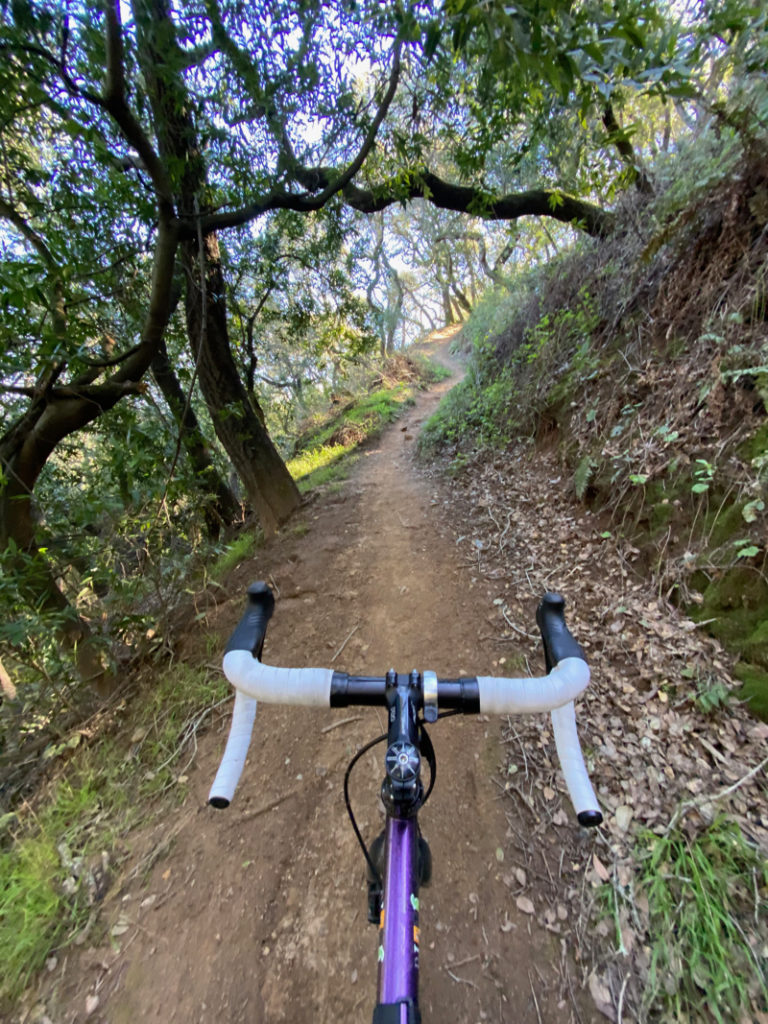 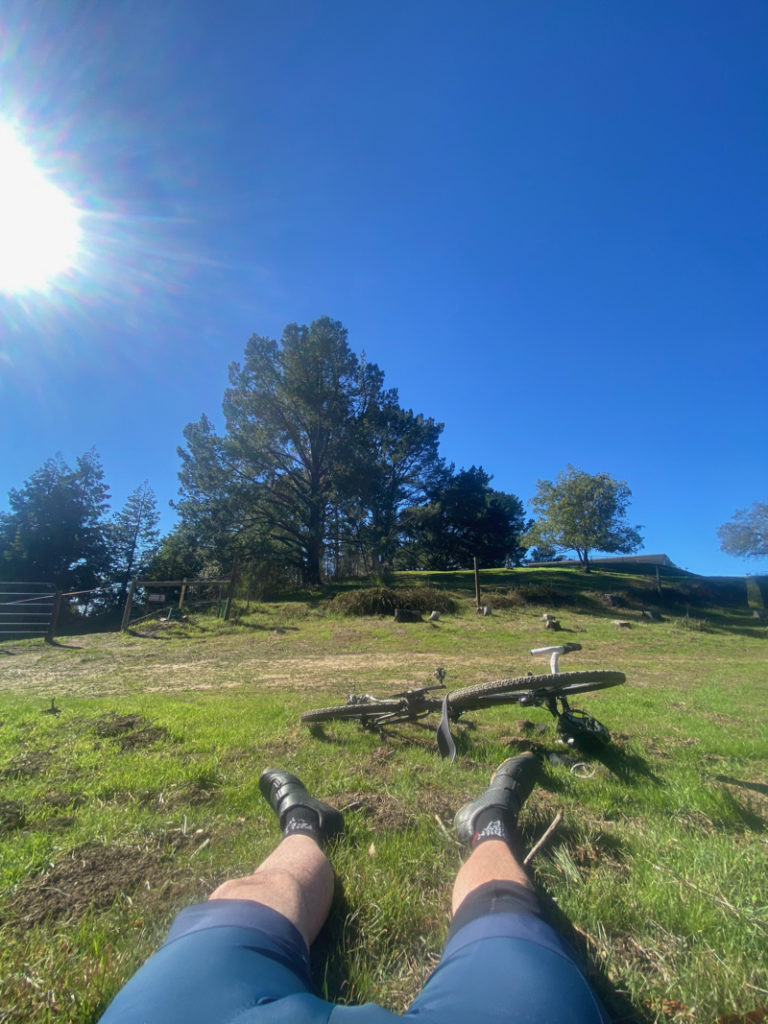 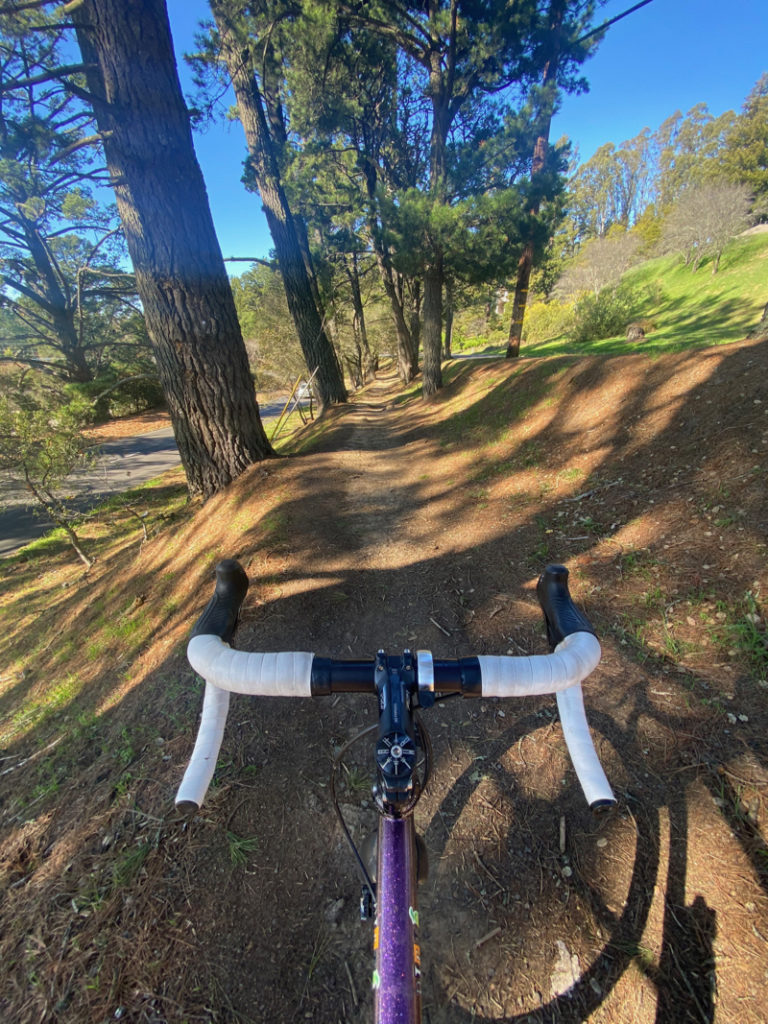 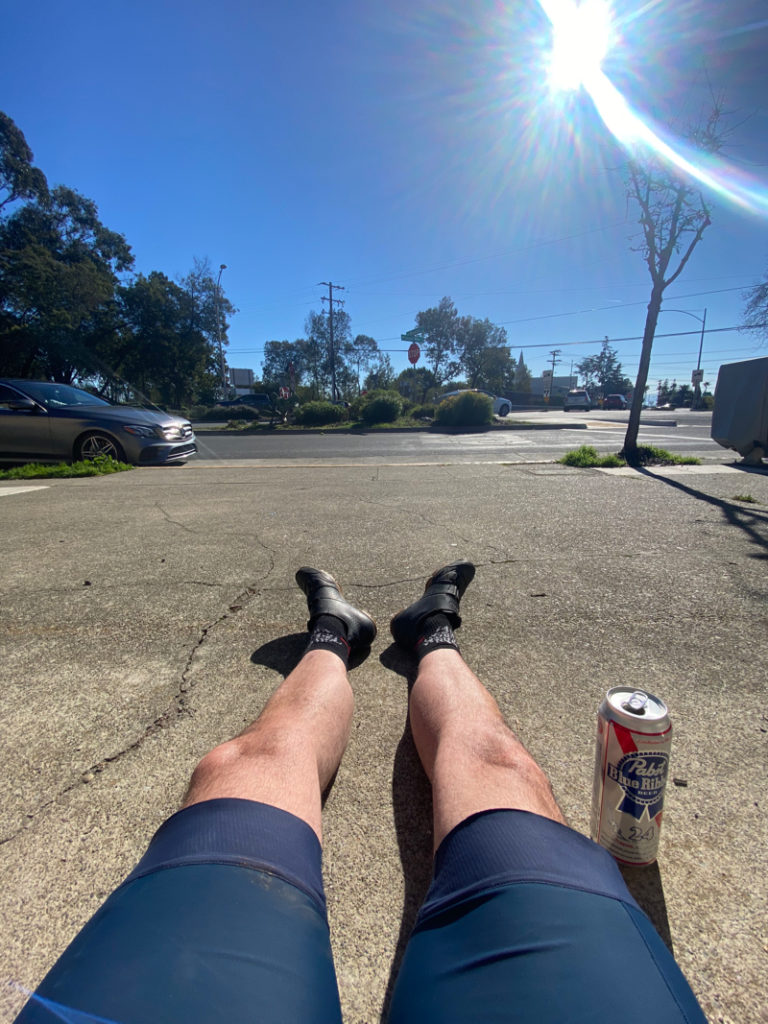 This is a route I’ve long considered for one of my Hairnet Rides, and I reckon, before the universe picks me up and flicks me like a booger from the Bay Area once and for all, I’m likely going to ensure that some like minded dirts engage in this course for good measure.

Hell, I even began putting a flyer for said event together this past fall; 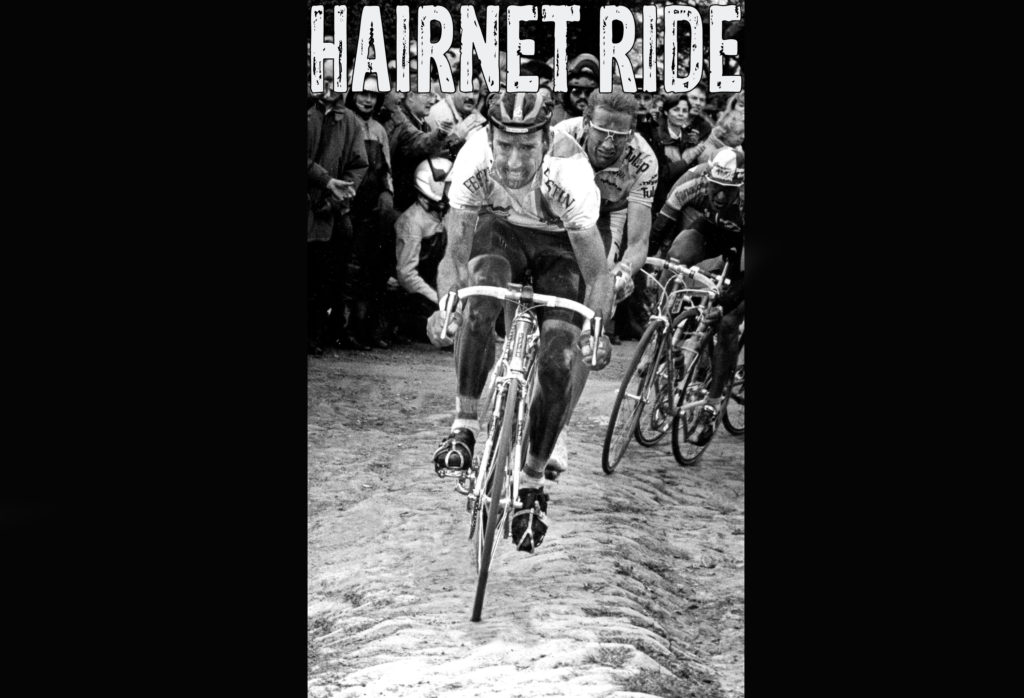 I mean, I don’t have a date, departure point, or literally any specifics whatsoever about what I had envisioned, but at least we know what we’re supposed to wear on our heads.

And while we’re not only discussing fashion for the top parts of our bodies, I’d like to point out that in at least two of these photos, it’s painfully clear that occasionally, whilst engaging in the bikecycle rides, I will happily be found wearing the stretchy pants. I’ve said it a million times- I don’t wear them because I think they look good. But this reminds me that someone actually reached out with a loosely relating question in this months edition of Cycling Independent’s ‘A Message From A Bottle’, which can be found here; 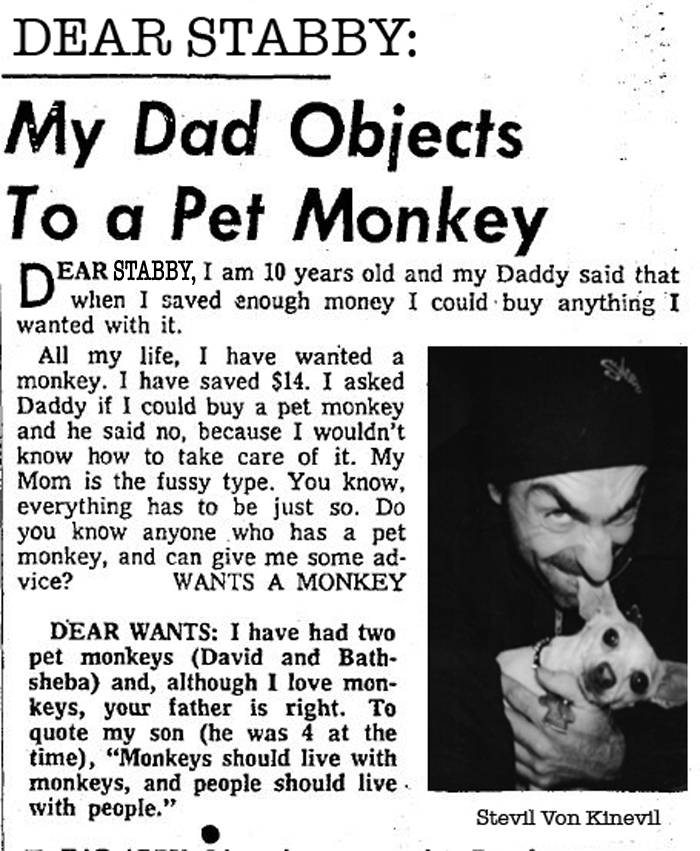 As always, if you have tough questions you think I might have answers to, fire them off to stevil(at)cycling independent(dot)com. I will almost assuredly underwhelm you with my array of insights.

Finally, and unrelated to anything we’ve discussed thus far today, Pilder reached out with some short and sweetness;

Saw this and thought of you I can’t help but wonder if he saw that and thought of me because I’m a disgraced shadow of my former self, or because I look so good in lycra? Because the powers that be at the time gave slightly less than two shits about Intern A or me, we were treated to a luxurious night sleeping in the back of the Uhaul in the expo area while our more important compatriots slept in a hotel room; 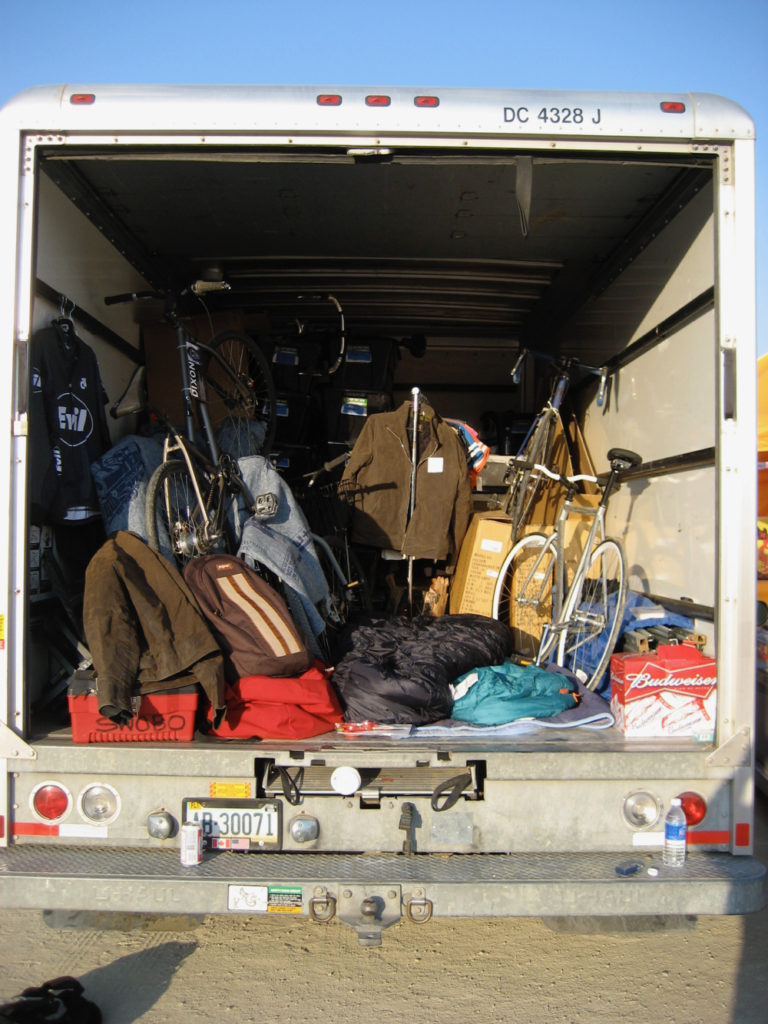 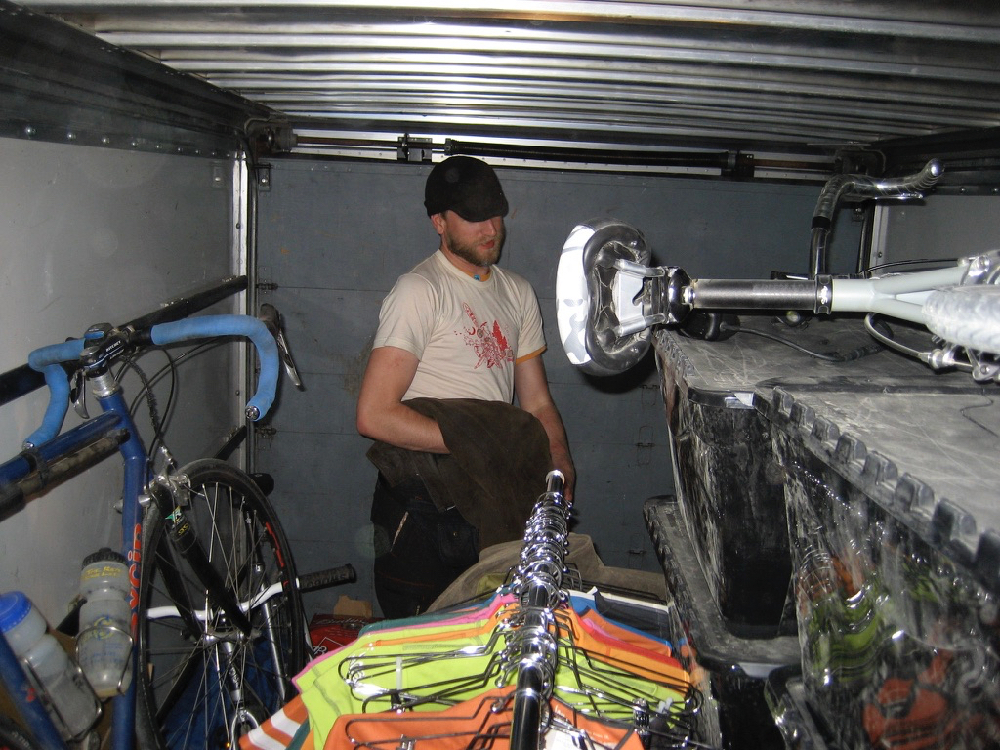 Anyway, the Rock Racing van/booth/disco area was right next to us, and in the middle of the night, I snuck over and began going about stealing one of their E-Z UPs®.

Unfortunately the only correlating image I have is a poorly resized one of me buttering up the sales lady the day before, so as to cover my tracks; 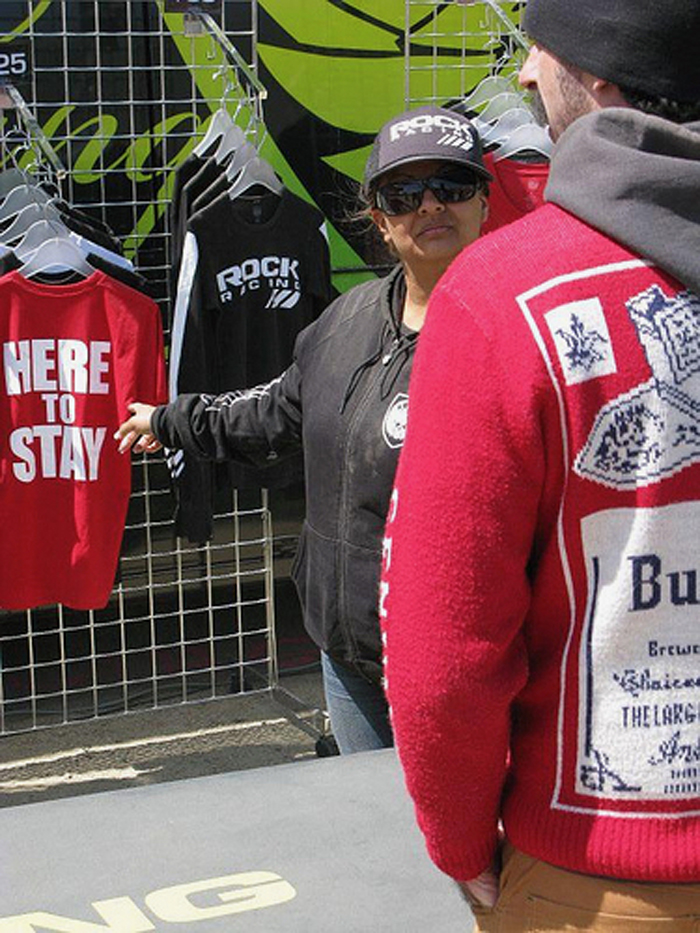 If I remember correctly, I believe I was asking her if in fact, Rock Racing was here to stay. She said it was. (Spoiler alert* It wasn’t.)

Long story short, between dodging venue security, and the fact that the RR crew was sleeping in their bus, my heist was for not.

But man, to be in possession of that bad dog now would be a real prize, and keep you happily in the shade come either dawn, or dusk.