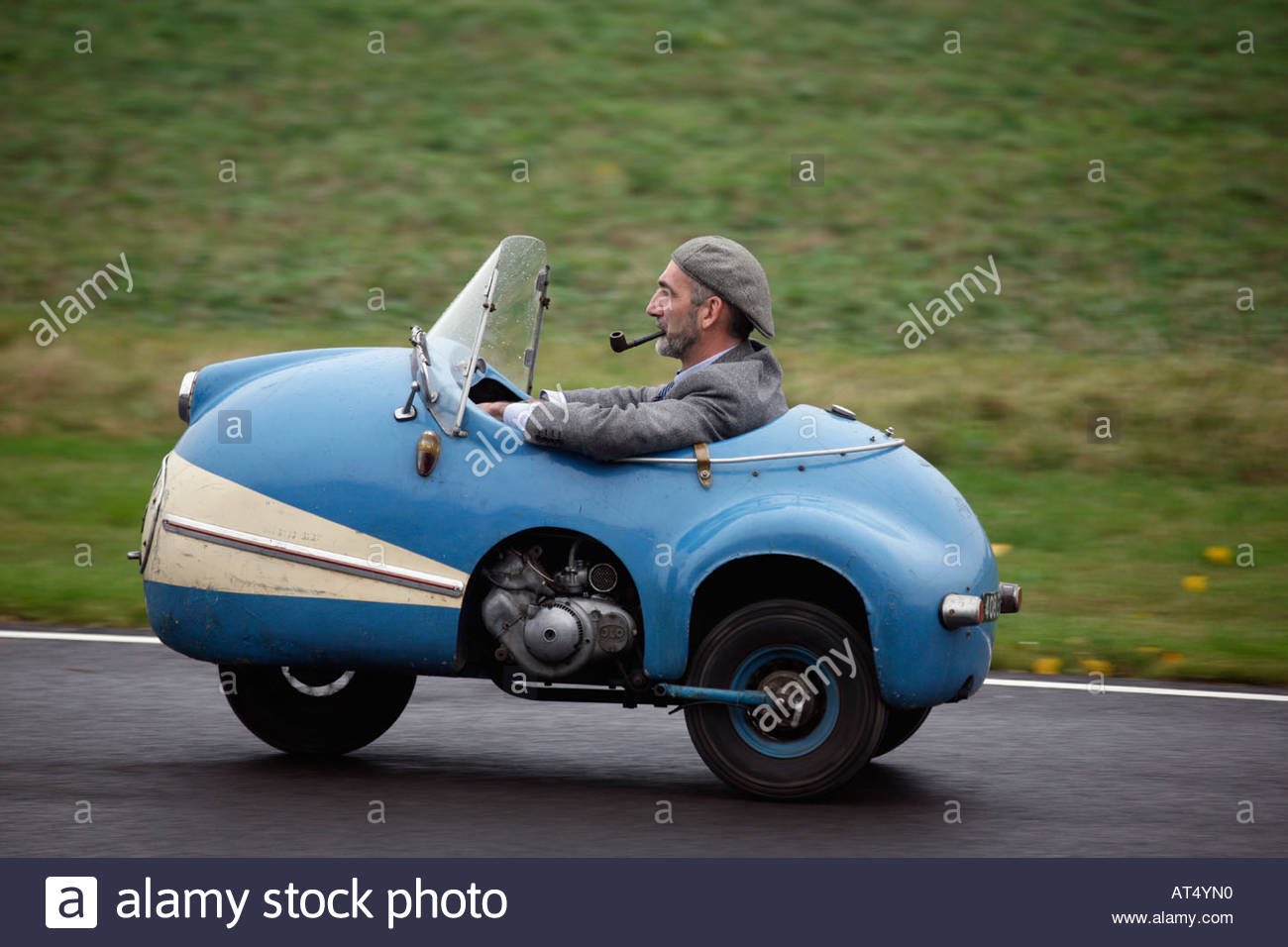 First of all, did anybody catch the ‘Friends’ reunion? It was better than I expected; 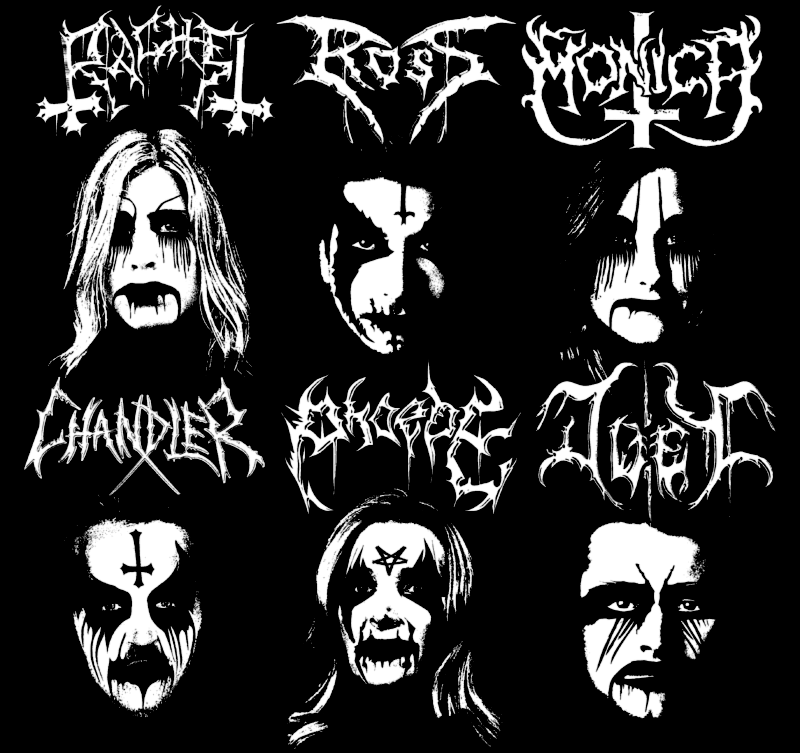 Now then, as usual, I have a few things to address, none of which are very important, so cinch up your driving goggles, and let’s get after it.

First things first, the newest edition of Cycling Independent‘s ‘Answers From A Bottle’ has just gone live, and if you’d like to give it a read, please do so; 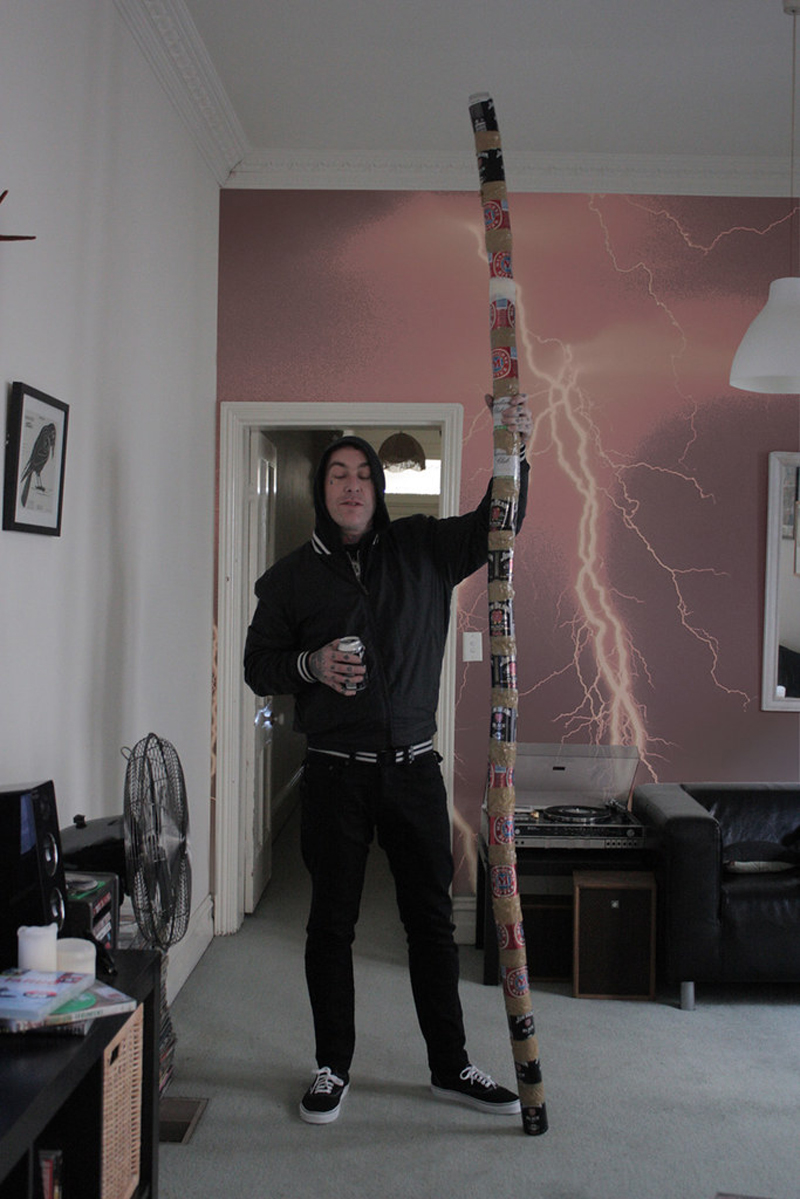 It’s maybe not the worst thing I’ve ever written.

And as far as that first question in this month’s piece goes, I will say that the contradiction between understanding the difference between drinking a ton of beer, and being silly, and encouraging people to be destructive to themselves isn’t lost on me. This is something I’ve struggled with since I was involved in an intervention for a friend several years ago. Up until that point, I had never seen what alcoholism looked like. I was raised in an environment where booze was abundant. When I saw the grown-ups drink, there was tons of laughing, and barbecuing, and throwing horseshoes, and playing music, and dancing and absolute adoration of one another. It wasn’t until I was in my mid 40s that I learned an alcoholic wasn’t just someone who drank too much, but that it was a sickness. The moderator of the intervention was continually astonished by this fact.

So on one hand, here I am not only encouraging people to consume a stupid amount of beer, but actually celebrating it, while on the other, learning in real time how horrible the disease actually is. During my friend’s intervention, I spent a year on the wagon, I attended weekly AA meetings, and was on twice a week phone calls with them, a small circle of friends, as well as their family, which in most cases would last well over an hour. At the end of it all, they decided drinking was what they preferred, and I had to make my break from the friendship as an act of self preservation.

So having experienced that, who the hell am I to then turn around and continue to promote a day of binge drinking?

It’s a question I wrestle with constantly, and for the sake of complete transparency, am nowhere closer to finding an answer.

Anyway, as always, If you have a question you’d like me to try and answer, please send it off to stevil(at)cyclingindependent(dot)com

My friend Bepy sent me this video last week, which reminded me that I’d seen an article about him at some point which used the following descriptor;

I like that idea, though it makes me realize that at this point, if this theory tracks, the only thing I’m a master of is failing.

Moving on- I have long tended to keep stolen bike notifications off this site, due to the fact I didn’t want it to turn into a big clusterfuck of all bikes being stolen al of the time. I realize bike theft is a huge problem, but if I posted every notification, I’d have no room for the other stuff, so I’ve drawn a line. Of course with every rule there’s an exception, and after recently learning that one of the Hodala team derelict’s bikes got nabbed, I had to make one.

The deets are as follows;

Bike Stolen in South Park Seattle! Please keep your eyes open for a bike that looks like this; 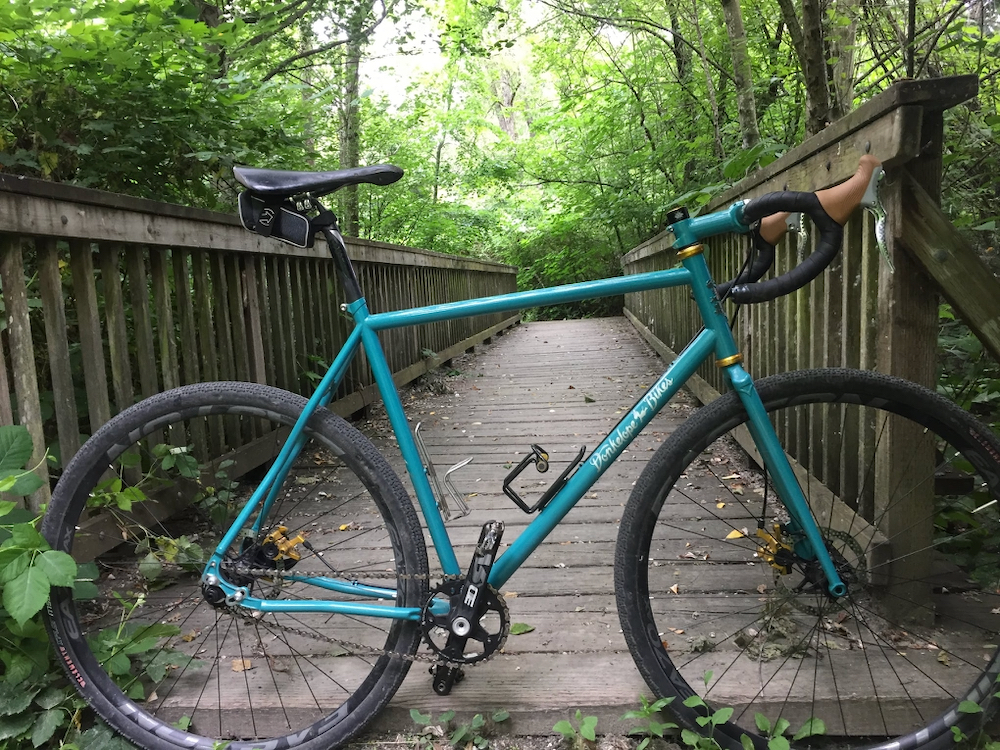 It is a very unique color and has a lion welded to the headtube, and one of only a dozen ever made. It was taken from the Shell Station over on Kenyon and Detroit. Please contact Brian Fornes or any member of Hodala if seen or recovered.

This hits me as even less of a bike theft than a kidnapping. Though it’s an object, it’s also a member of the family. Please, keep an eye peeled, and throw a lock on it, and a Slurpee on the rider if you see it.

It should also be noted that the bike pictured is actually Sally’s, but the one that was stolen is almost identical.

If you see sally, feel free to throw a Slurpee on him regardless.

In all seriousness, I hope the steed makes its way home, and the tweaker who stole it gets the help they obviously need.

In vinyl, (and final news), in response to an email I received from Matt Case a week ago containing a link to an eBay listing for a exorbitantly priced AHTBM turntable slip mat, I just got a new batch in stock; 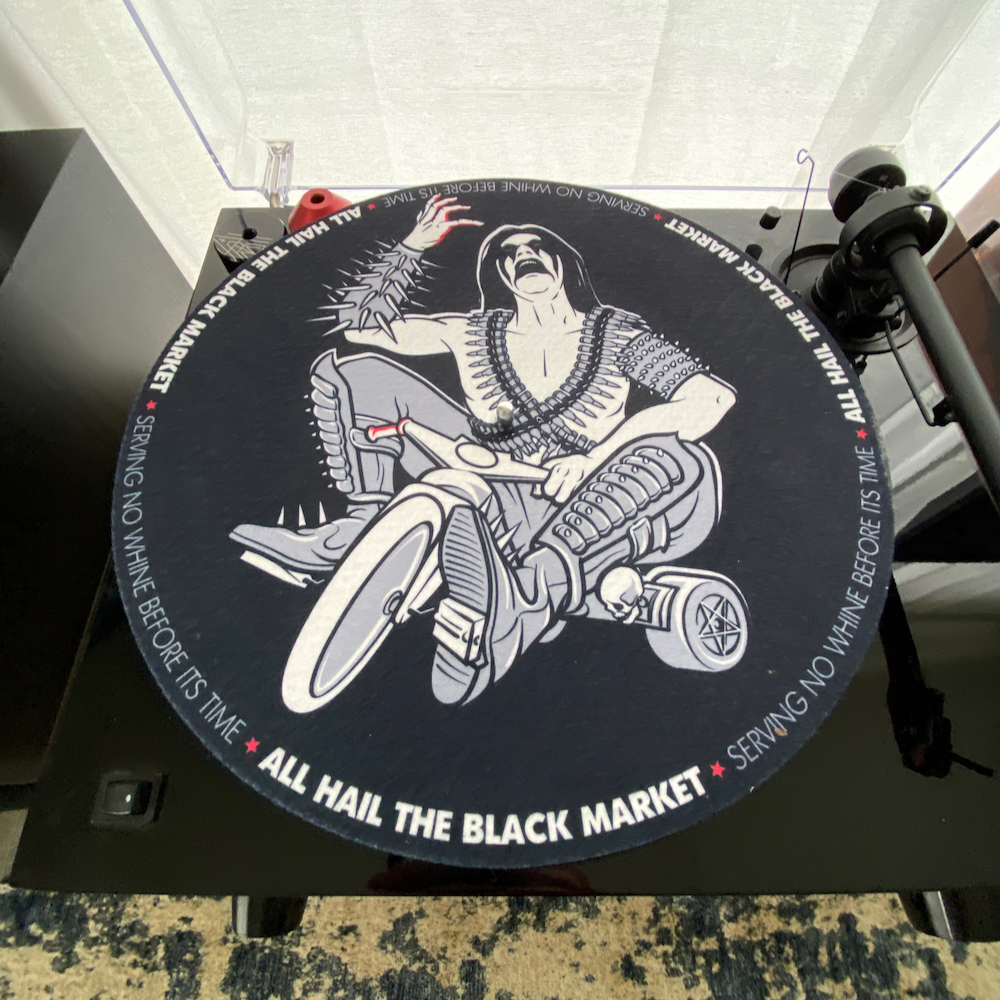 I’m endlessly weirded out by people who flip shit on eBay. (I found one of my Mr. Rogers decks listed at $200, while I STILL HAD THEM AVAILABLE ON MY SITE.

I mean, as long as nobody’s getting hurt, I can’t trip on what people do to put money in their pockets, and if flipping limited Nike releases or Supreme headbands or whatever is your jam, go bananas, but I would prefer that people leave me out of it.

If it takes somebody listing a slip mat for fifty bucks to light a fire under my ass to get a bunch more made, so be it.

I don’t personally need one (which is basically why I get any product made, anyway), but I don’t want anyone getting gouged either.

No ifs, ands or pontifications about it.

4 Responses to “Get in losers. We’re going pontificating.”