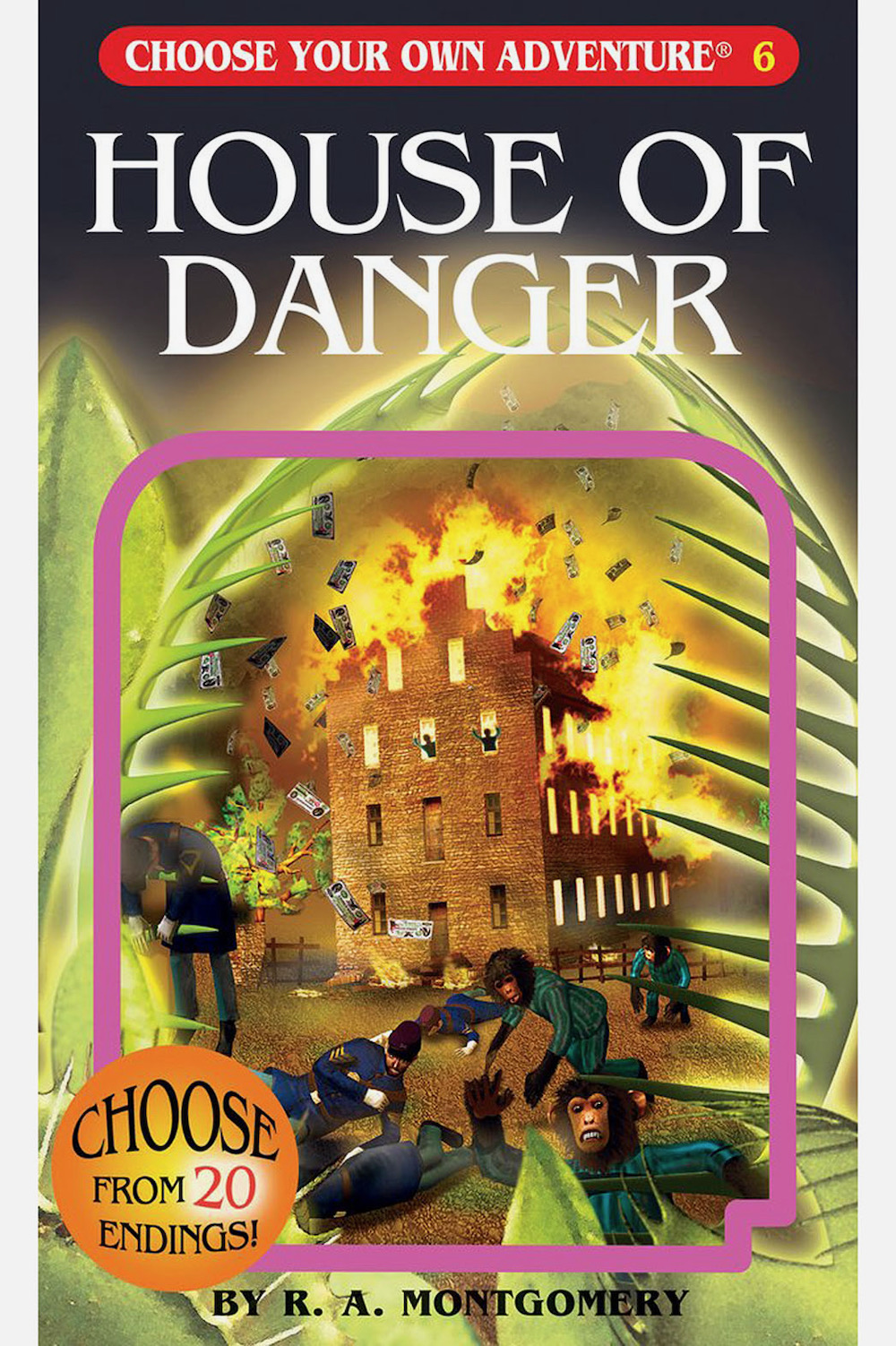 Recently whist perusing the internets, I came across one person or another bemoaning something that the UCI is doing, or how it relates to the Gravel Worlds race, or some such nonsense. I honestly can’t remember because anyone getting their panties in a wad anything relating to bike racing, or the bureaucracy of its governing body or whatever send me right to slumber. In fact, while typing these very words, I fell asleep three individual times.

I don’t care about Strava achievements, I don’t care about the latest in technological advancements, I don’t care which handlebars work best for gravel racing, or compression socks, or doping scandals, or any of it. I just don’t care. Certainly, there have been brief moments in history when I might have invested a modicum of concern in being ripped off by NORBA or something, but it was fleeting, if that. Honestly, between watching the world end in real time, and trying to grab onto, and hold onto any degree of happiness in my remaining years in this lifetime, (at least these days), the energy I have left over for much else is virtually non-existent at best.

So with all of this squarely in mind the other day, I penned the following Tweet;

I mean, I suppose the title of today’s post is a bit contradictory, because if wizbangs and politics is your particular adventure, then I can’t very well tell you that you’re wrong in that. Just the same, I doubt that people who come here are attracted to that level of banality anyway, so I figure I’m preaching to the choir.

Anyway, I miss the hours of nonsense with Adam Morrow and The McGinity brothers out there building jumps in the woods when I was a kid, and I think it’s a pretty good bet that everyone here has a similar story. The marbles that we are all rolled to this specific corner, and it’s likely because every last one of us has the same formative experiences. I want to celebrate what motivated us to go find those empty lots, and goofing around with friends, finding the stash of Playboys under the wood pile, or sneaking one of your older brother’s cigarettes. There’s as much self discovery in that process today as there was then.

With all of this in mind, Joe, Donkelope Greg, and I went out on a scouting mission for what I hope to be a Homie Fall Fest, Bellingham edition.

Now, if you don’t know about the Homie Fall Fest, it is nearly the best thing that the Minneapolis Mafia ever created. I mean, with both Cheever, and now Hurl living in the PNW, all we gotta do is get GenO out here for a long weekend, and we’ll be straight.

The HFF itself is one part rolling party, one part discombobulated gong show, one part drunken calamity, and all the rest of the parts are made up of fulfilling that longing for vacant lot shenanigans. It is, by far, the most fun I’ve ever had on a bike. So what better way to test the proverbial waters than to scout the trails, and look for suitable locations to stash beer, hold feats of strength?

None that I can think of, so that’s exactly what we did; 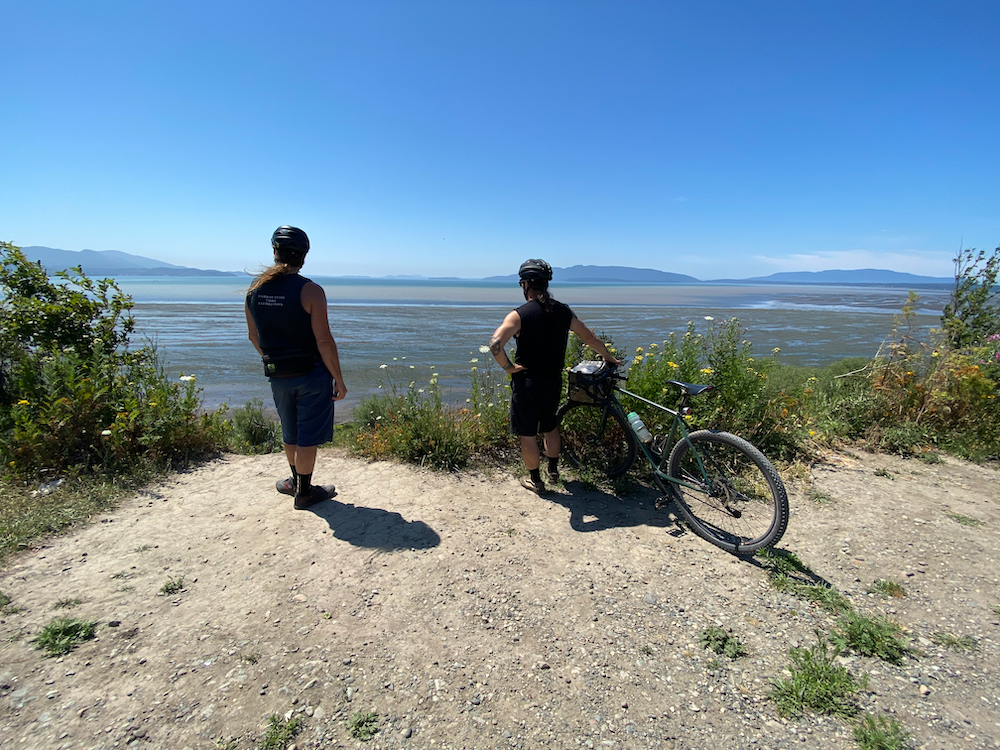 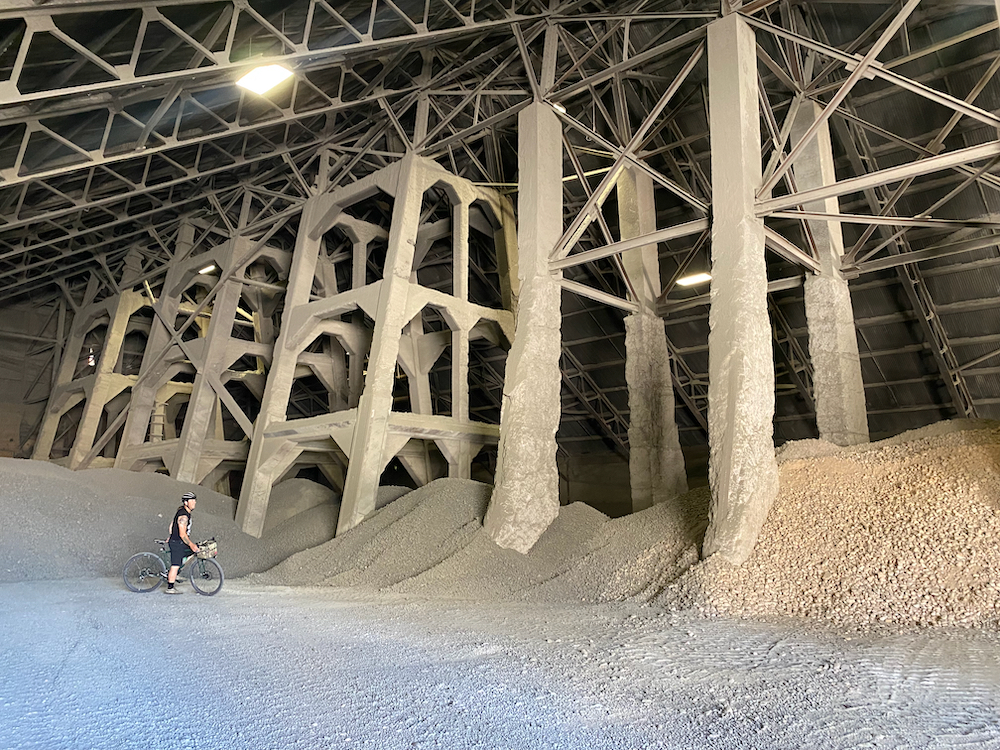 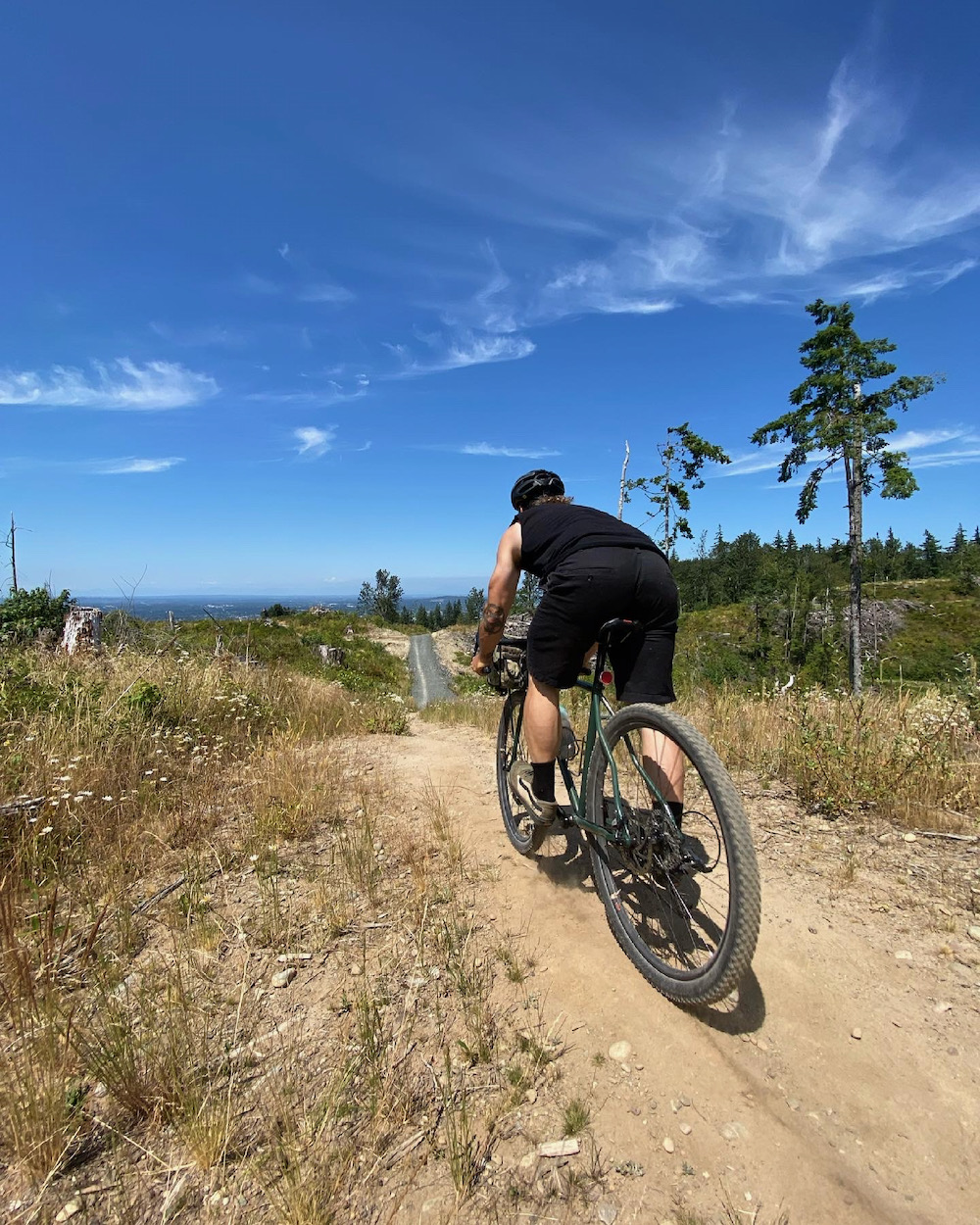 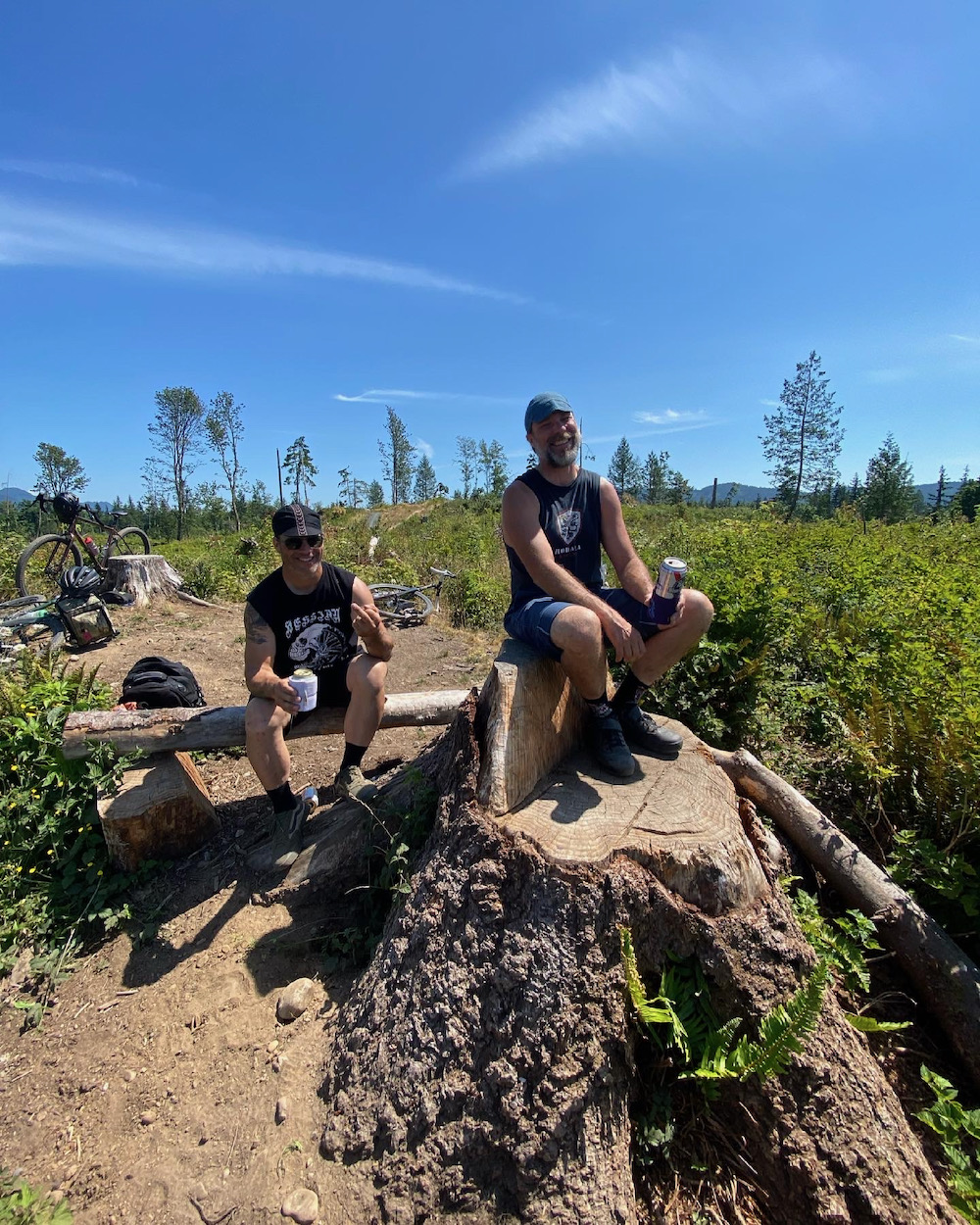 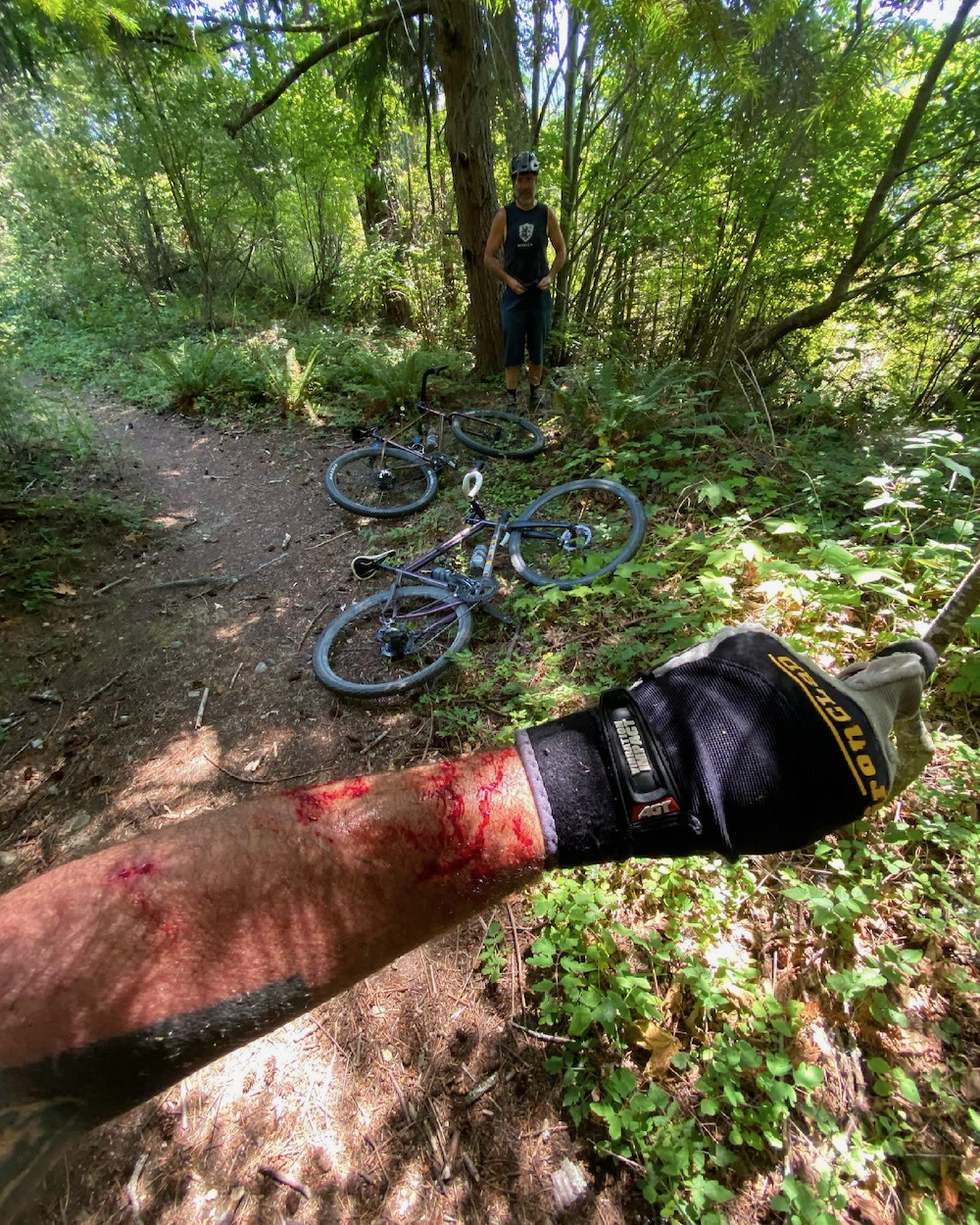 So, sticking with the Fall Fest’s doctrine, the only requirement is that all participants must show up on a one speed. While a cross bike might be adequate, I’d reckon that the mountain style of bike would be preferable.

I don’t know how strictly the lack of gears and such is enforced these days, but I’m gonna try to stick to it.

Now I guess all I need is a one speed mountain bike.

Moving on- There’s long been a connection between riding bikes and riding skateboards. I don’t know if it’s the connection to all things that roll or what, but it’s indelible. Most folks I know who do one, at least have some sort of connection with the other.

Thanks to Creature, here we have an example of just how true that is;

I love to see it.

And speaking of riders who skate/skaters who ride… Remember this post in which I offered up the chance to get in on Kevin Wilkins’ Good Problem bikecycle riding kits? Well, apparently they were pretty well received, so old Kev is opening up the store for another quick go around, on which he elaborated in a recent email;

Back by popular demand: as of 7/1 and closing soon, The Good Problem store is open again!

A hometown partnership between @the.goodproblem and Champ Systems, this tribute to the center of the 70s and 80s professional cycling universe is built upon vague memories of Winning Magazine and Wide World Of Sports broadcasts: jerseys, bibs, rain capes, caps, warmers, and whatnot, from the French side of our hero-worship fantasy league; 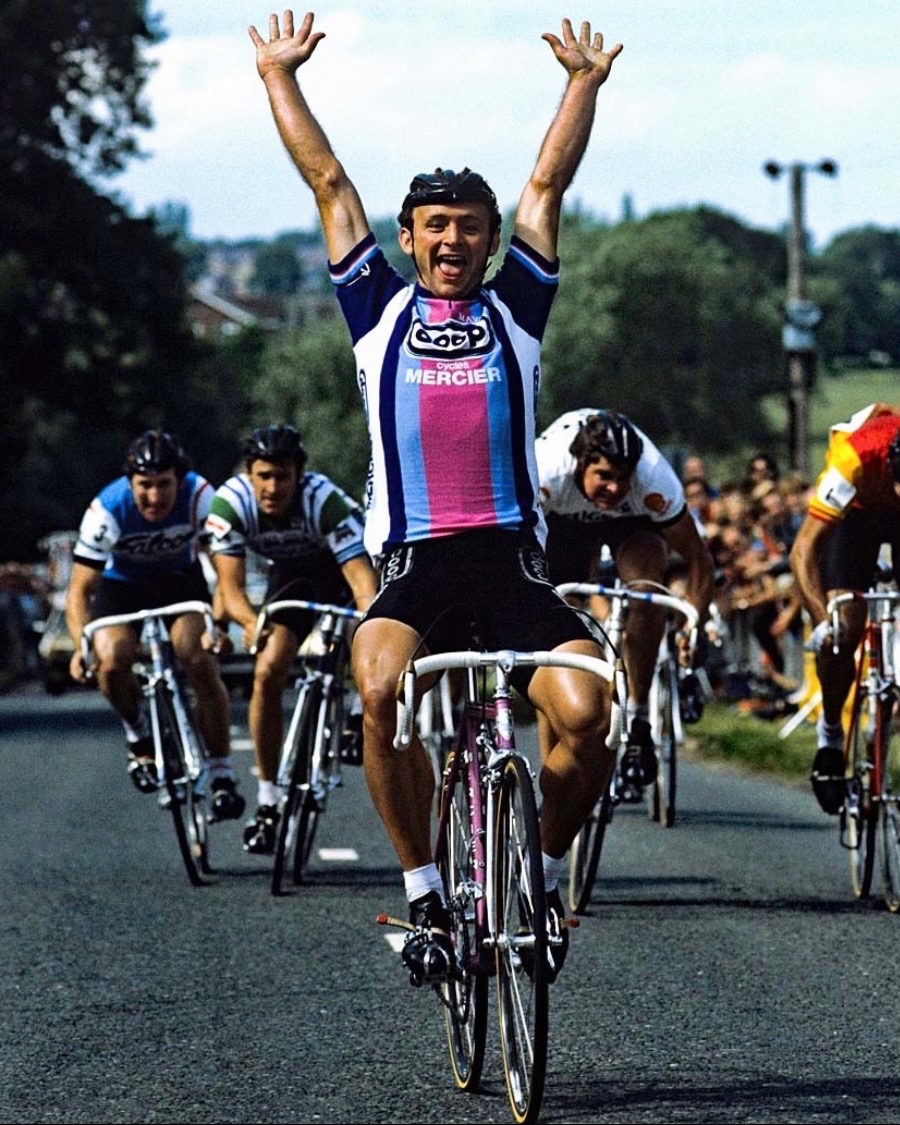 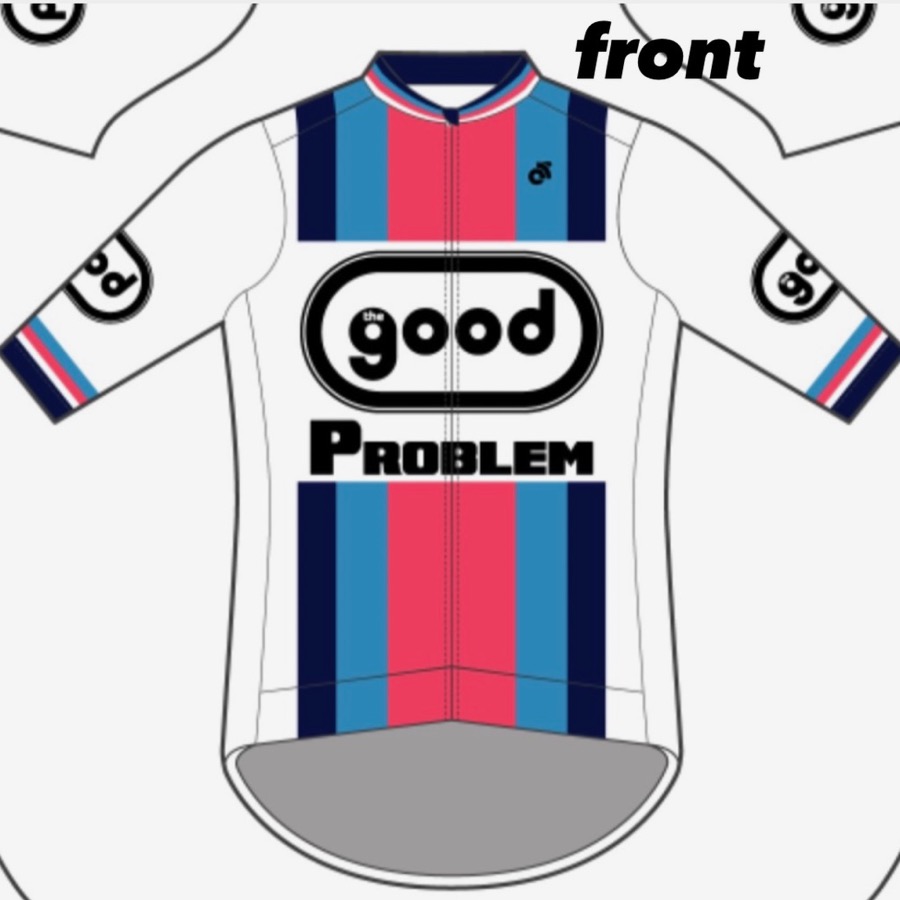 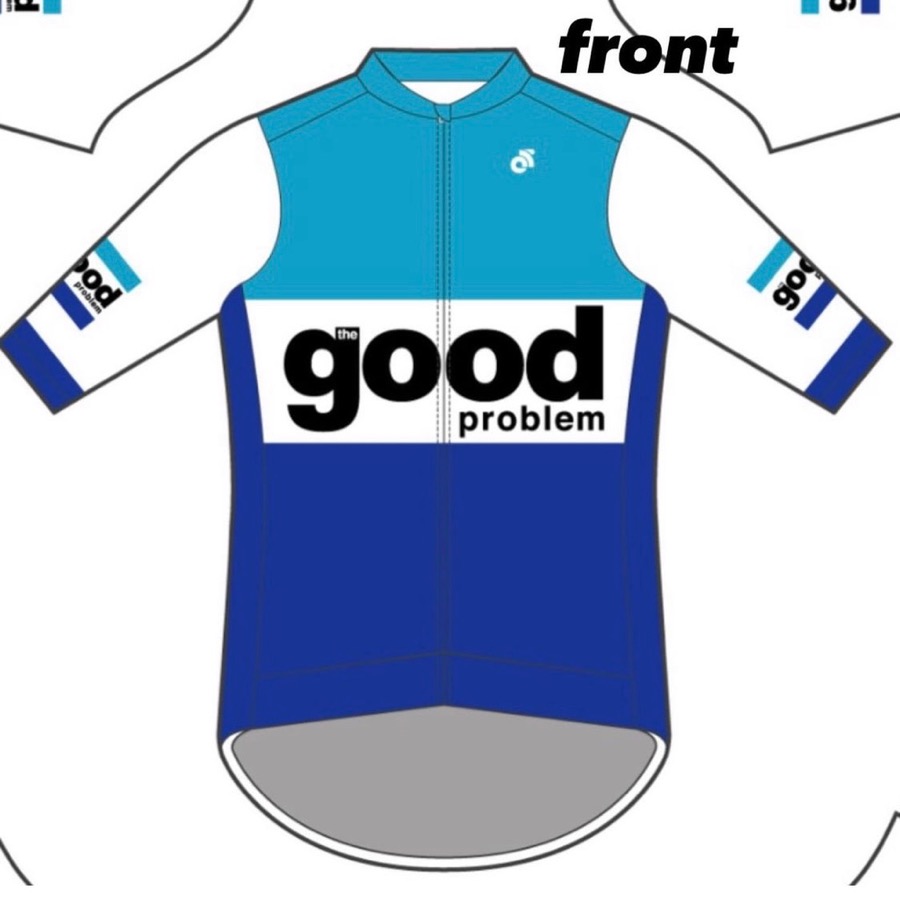 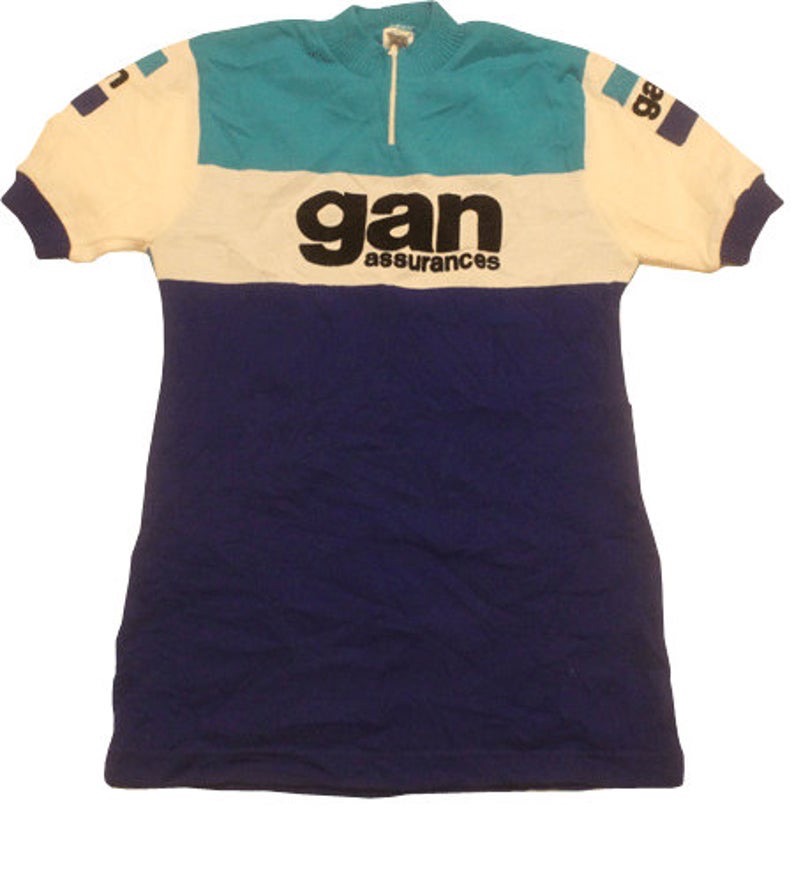 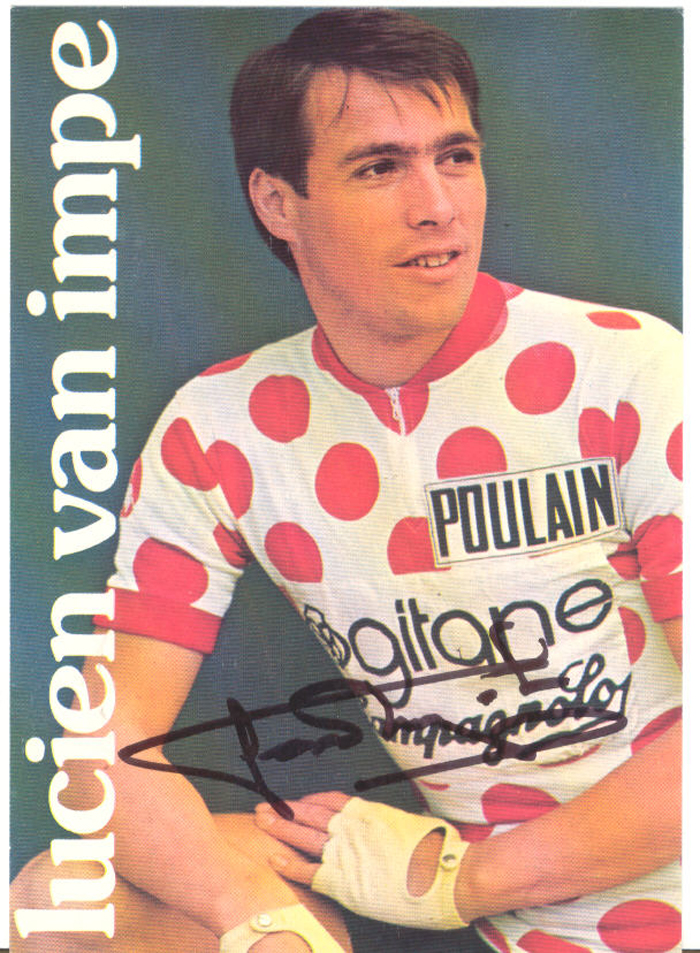 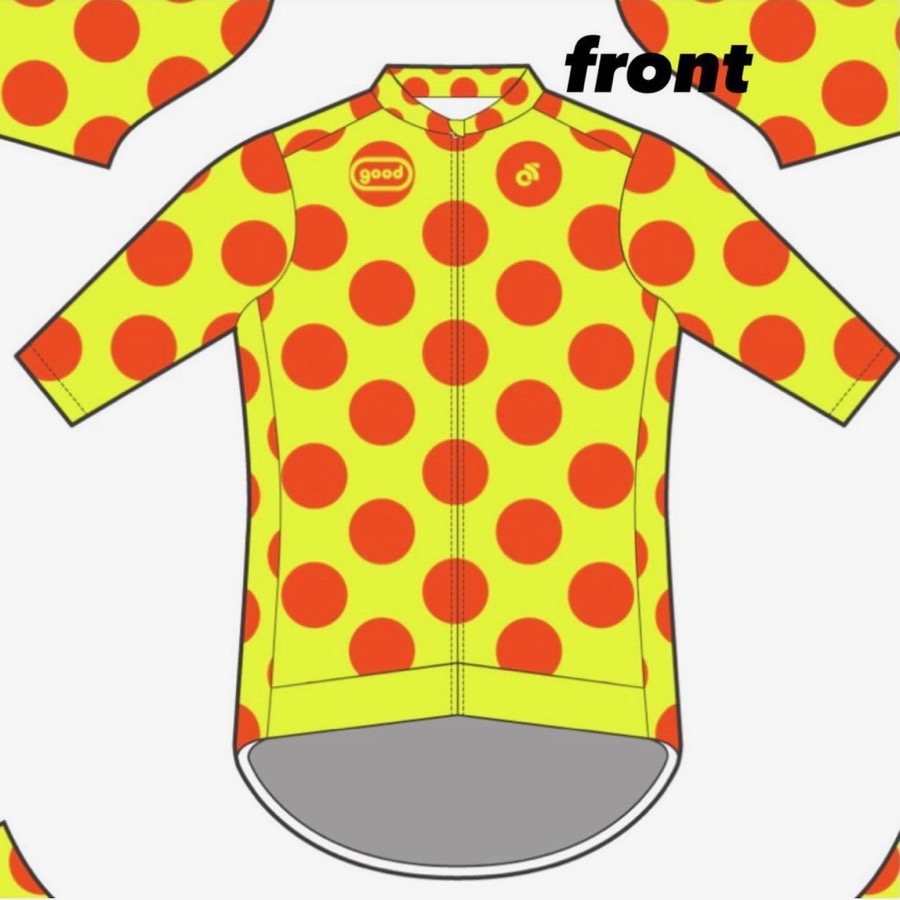 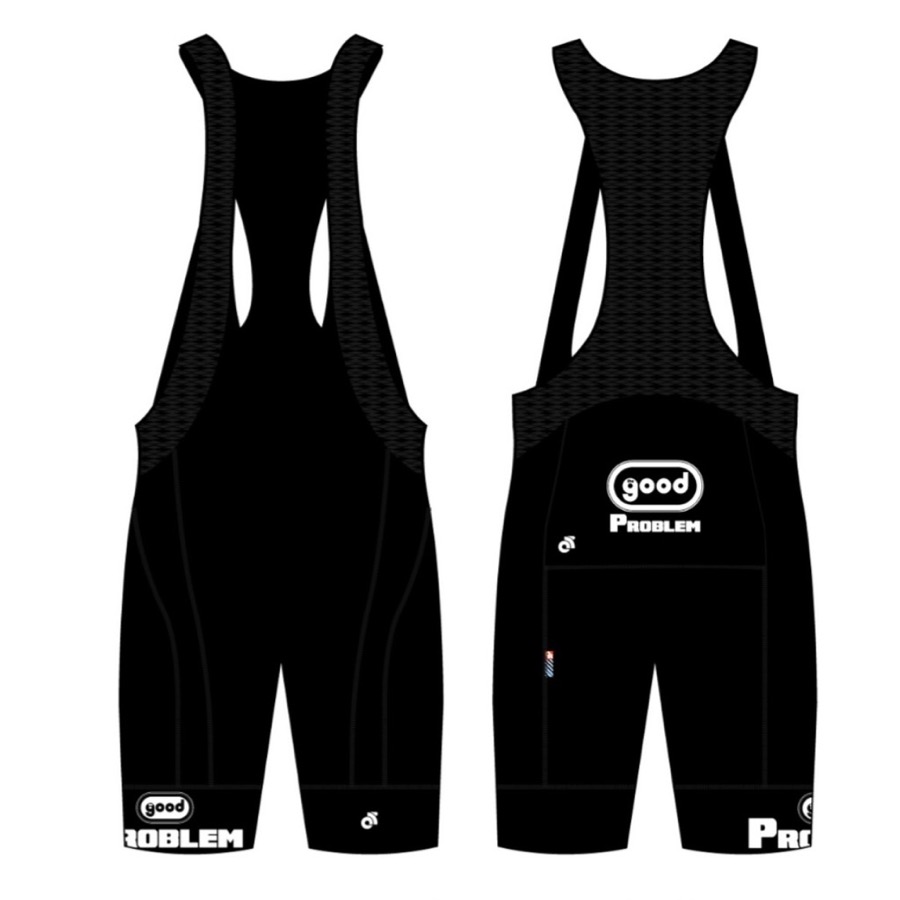 To pre-order, and to check out all the pieces available, make haste and click THIS LINK RIGHT HERE

So there you go. If you missed out on the first go around, and kicked yourself silly because of it, you have another chance to make good. I can’t say if he’ll open the window again for a third time, so if this is an adventure that speaks to you, then strike while the iron is hot, and choose it.

4 Responses to “Choose your own adventure.”