Once again, thank you for joining me as the needle drops on this, the 2,027th post on the All Hail The Black Market web project.

It’s recently come to my attention that ‘weblogs are coming back‘, which is really good news. Also, as one who has long listened to as much music as I can exclusively on vinyl (hence why today’s opening gif is what it is), I was wholly unaware that they had gone anywhere to begin with. This just goes to show, if you keep doing the same thing long enough, eventually it will come back into vogue.

I mean, if the kids are actually now into buying cassette tapes again, anything is possible.

In every lapped race, even the person in last place is eventually in the front, so congratulations to us for digging in, and refusing to change.

I don’t have patience for much, but in this instance, it would appear as though I norther do, or I’m too lazy to change.

Now then- As promised, and after only 7 months of waiting, the Giro X AHTBM (G)love has finally landed; 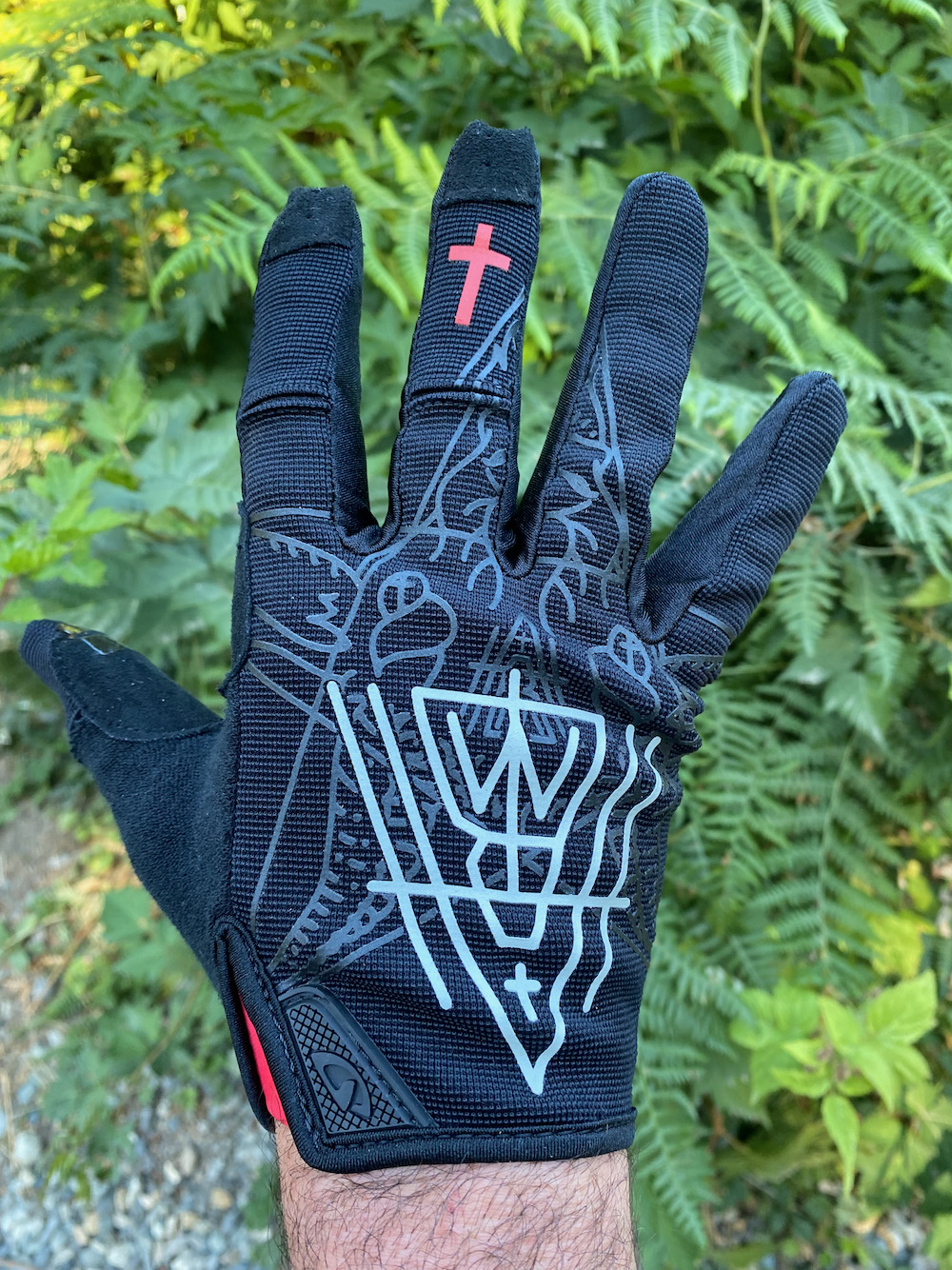 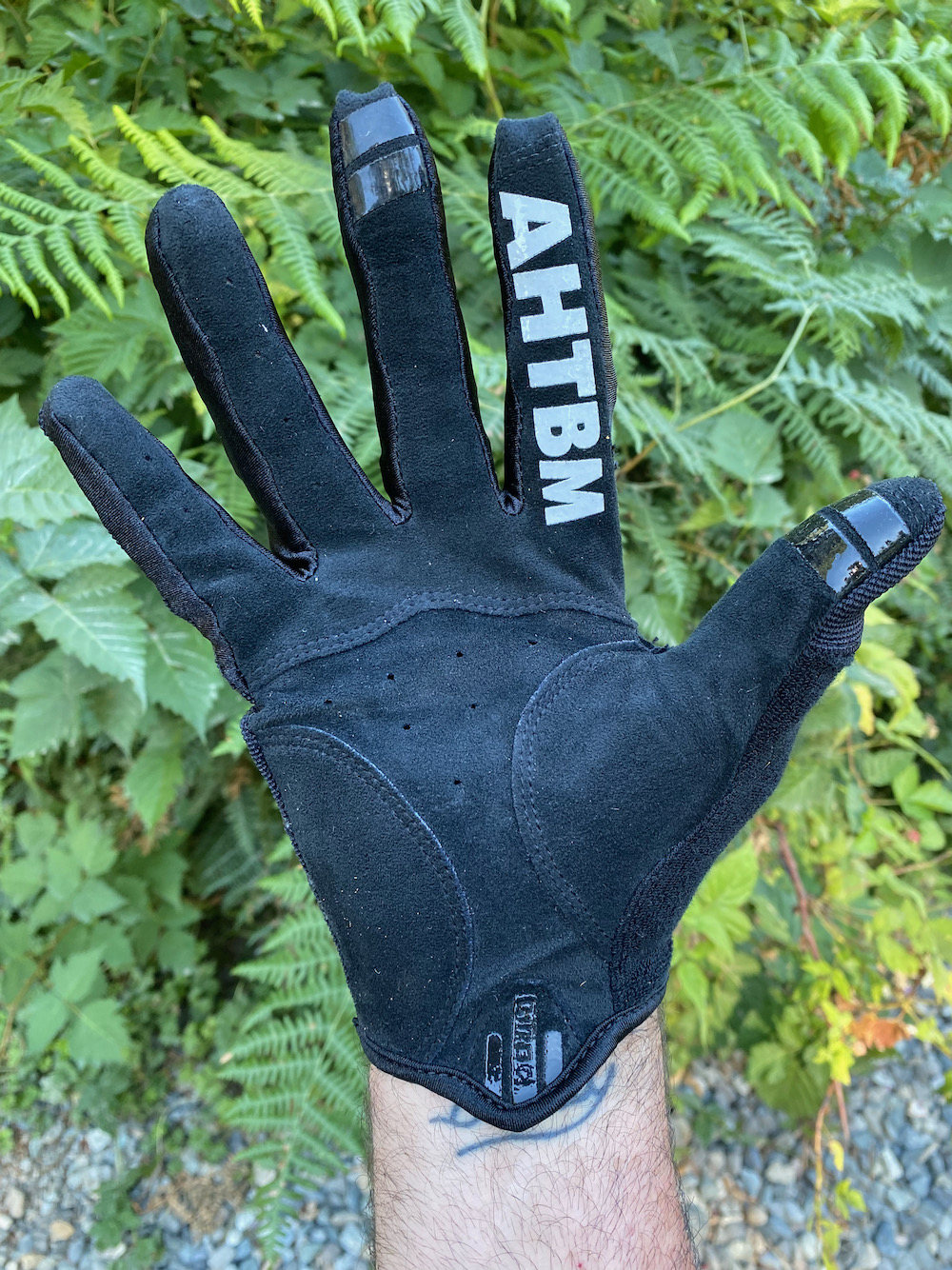 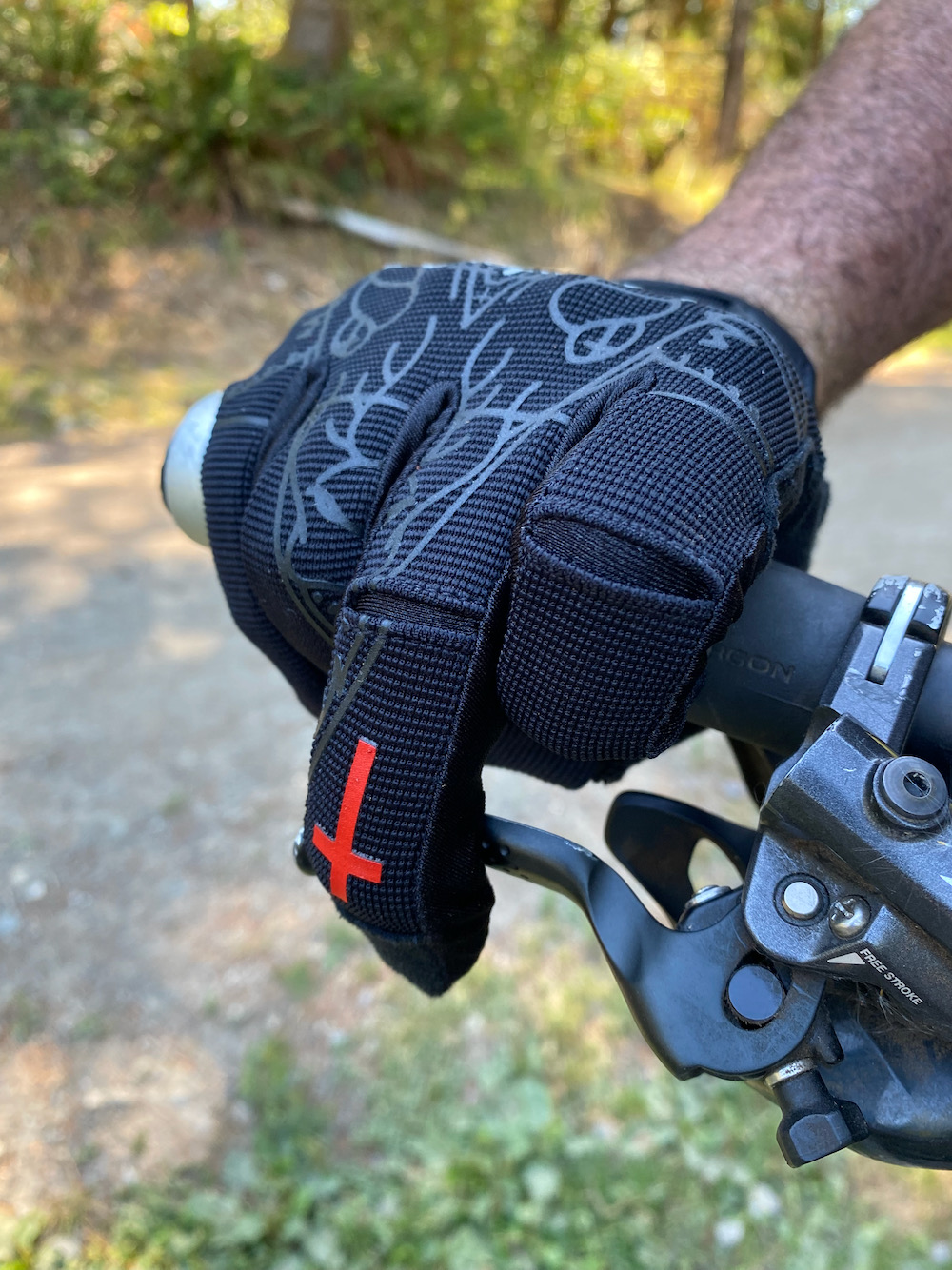 These are the very popular Giro DND model, and will assuredly be out of stock with quickness. I have a new order placed for the next design, but if manufacturing takes as long for the next one as it ddid for these, we’ll be seeing them in March, so don’t hesitate.

And as long as I’m trotting out new goods, check these dumb things out; 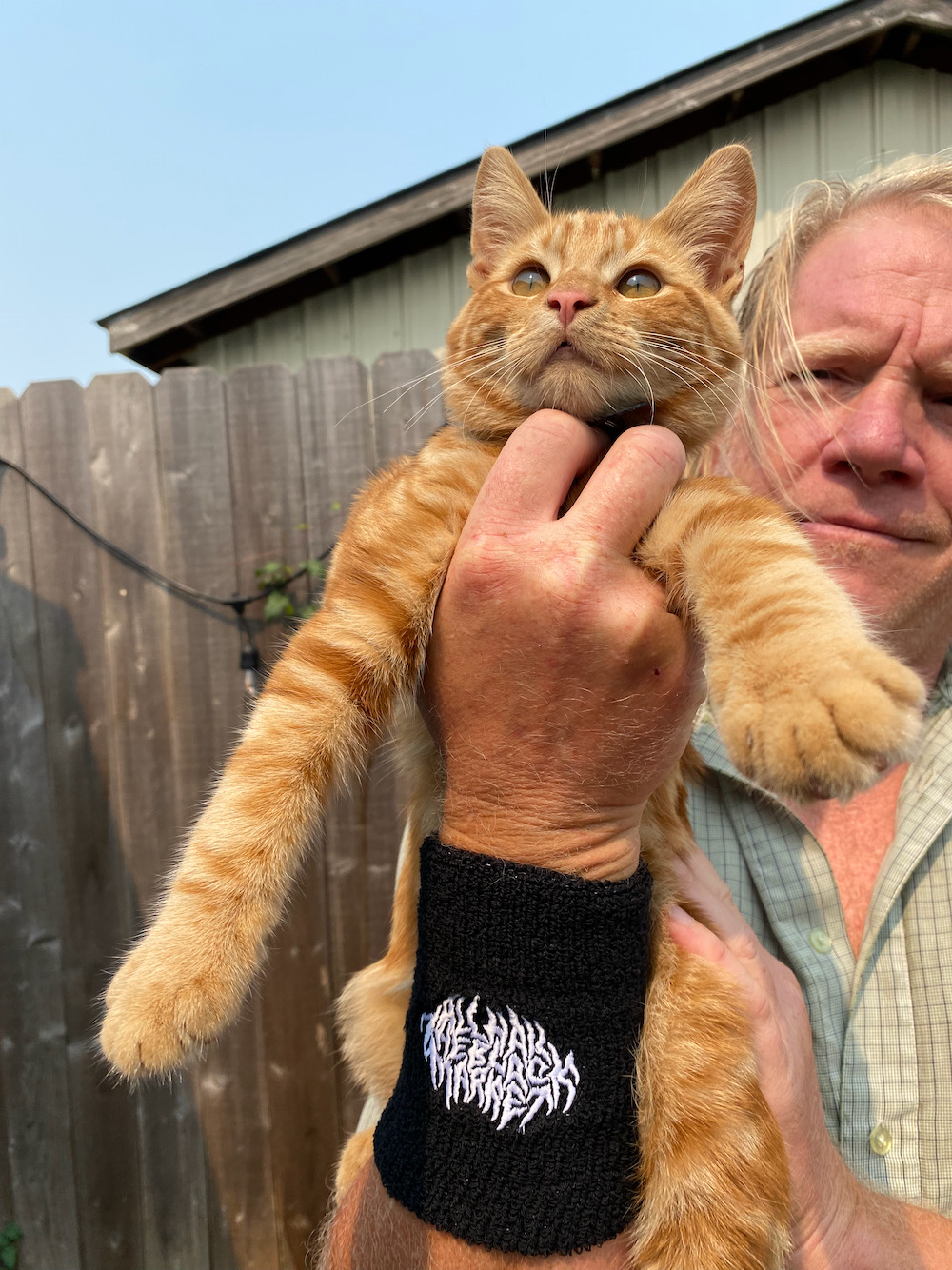 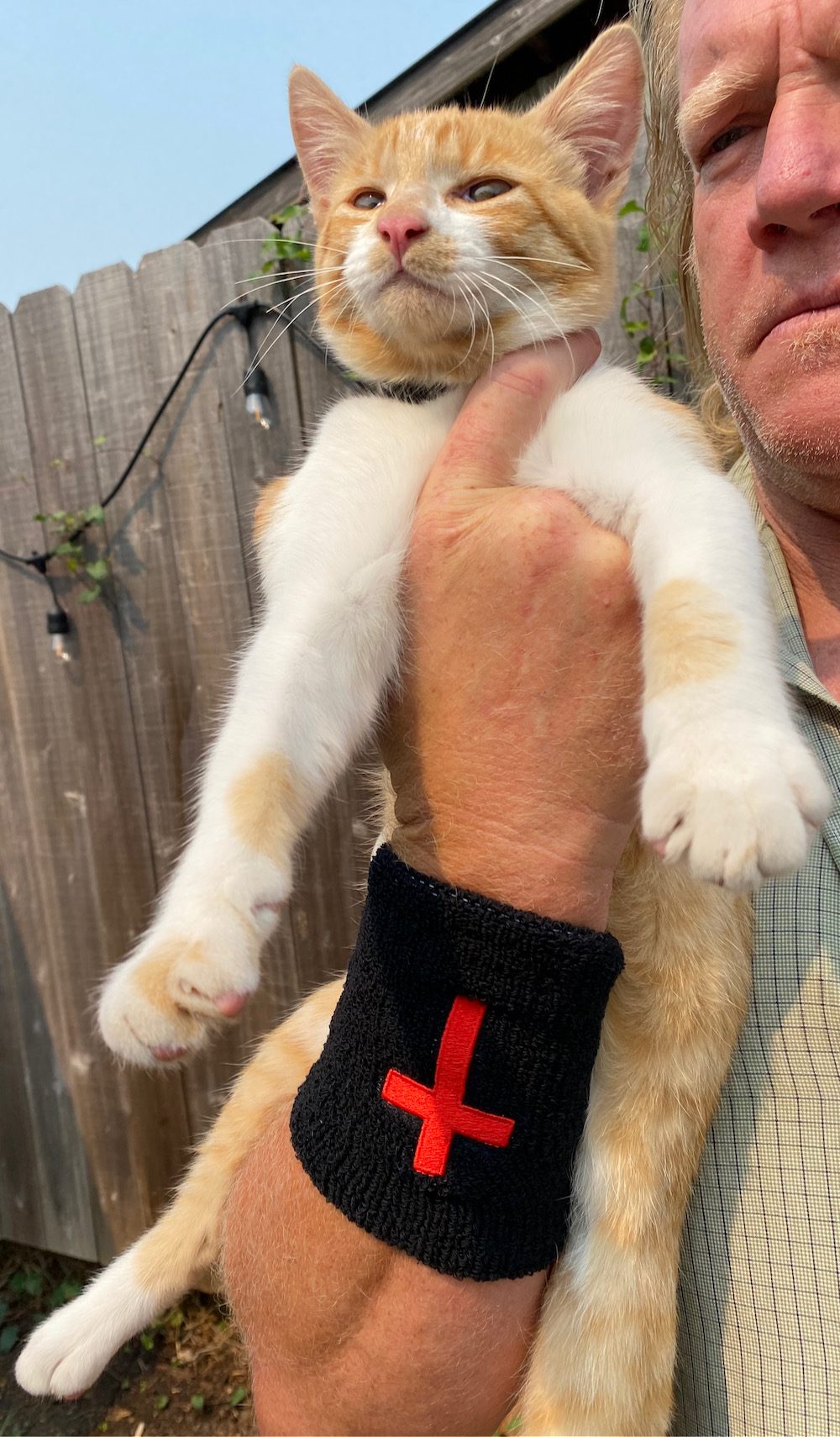 By ‘dumb things’ I wasn’t talking about my fuzzy little orange nephews, but rather, the new 5″ AHTBM wristbands, which I’ve been waiting for with a fair bit of anticipation for weeks.

I don’t think many folks will want them, but I did, which is why I ordered them to begin with.

Make a living selling product? I don’t give a shit. I just wanted some cuffs. If I don’t sell any of them, then I just have more for me. 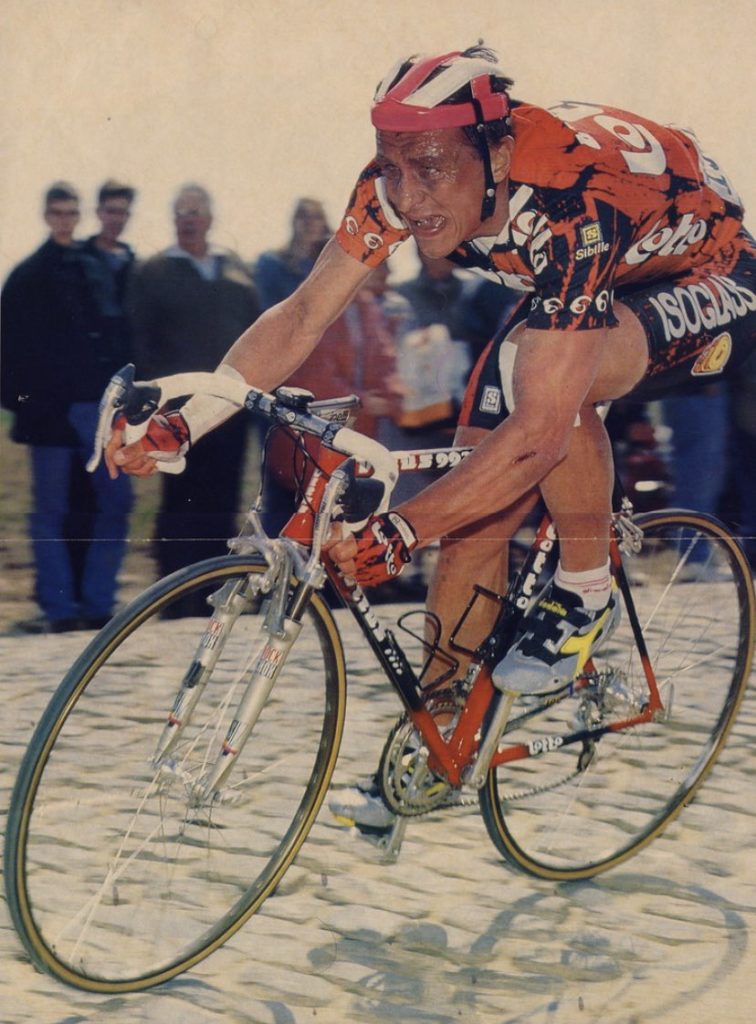 And in an absolute dazzling display of the sort of creativity that the bicycle industry is known for the world over, calling it the Rudy; 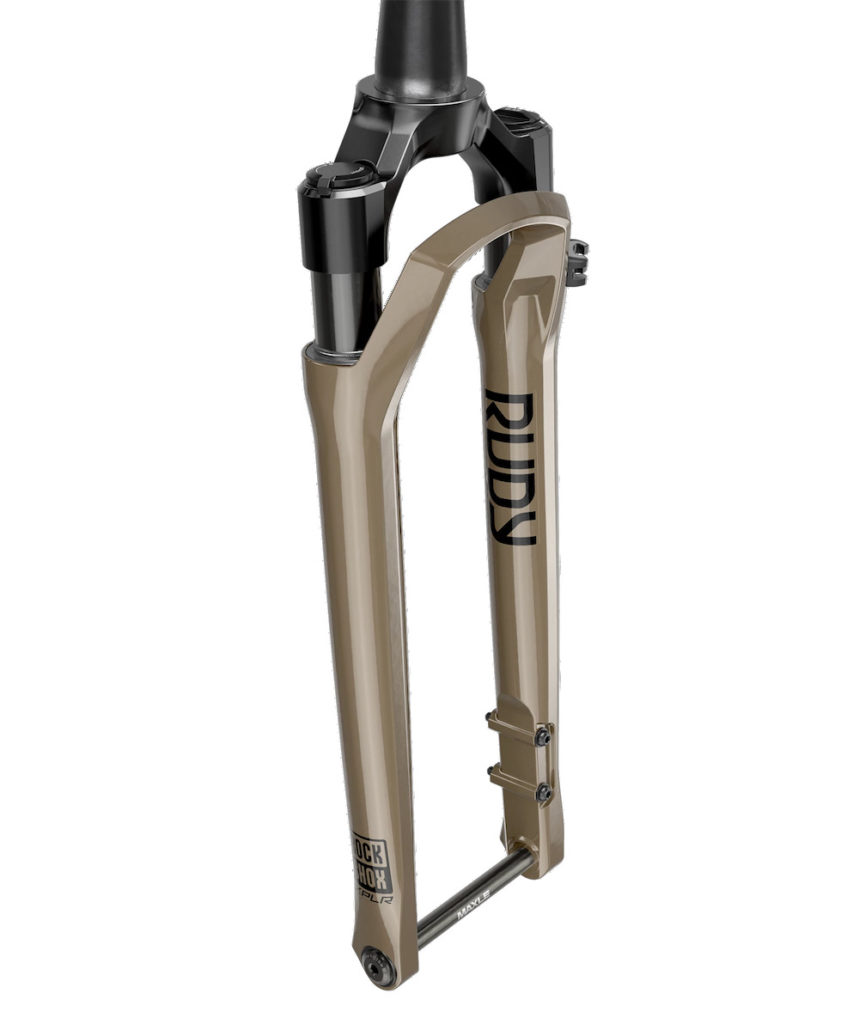 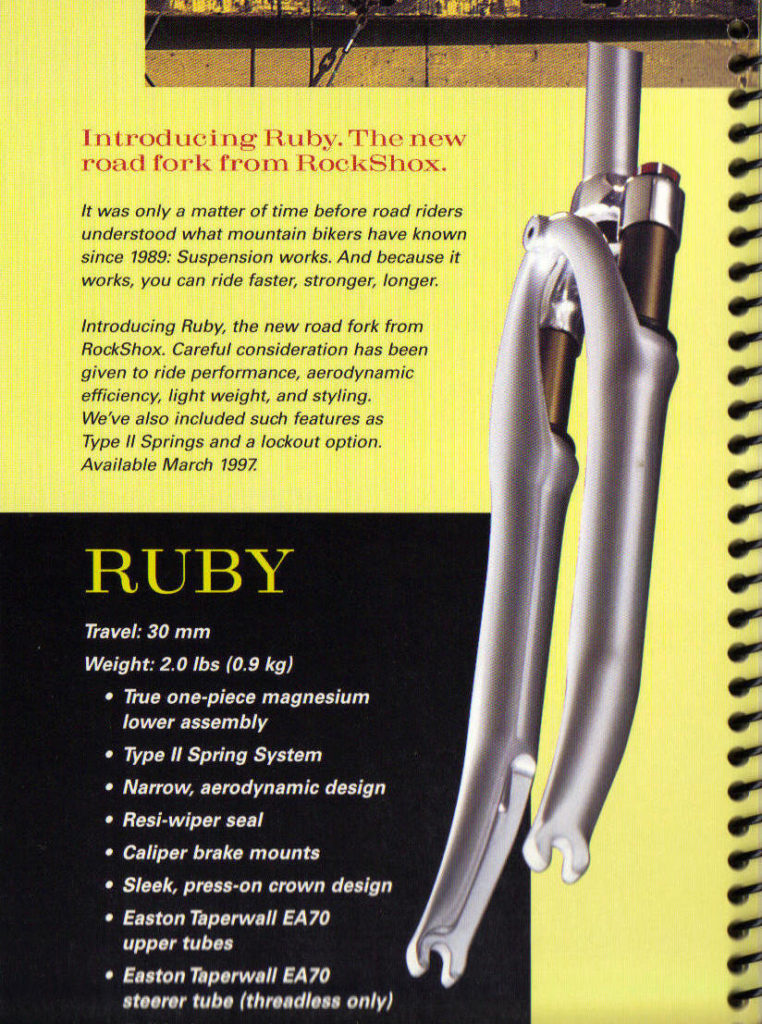 If memory serves, the Ruby was the more affordable cousin of the Paris-Roubaix edition, and I feel like my buddy Detroit Dave-O who at the time was essentially Paul Turner’s right hand man, and one of the folks who was actually present at the infamous 1994 PR depicted above; 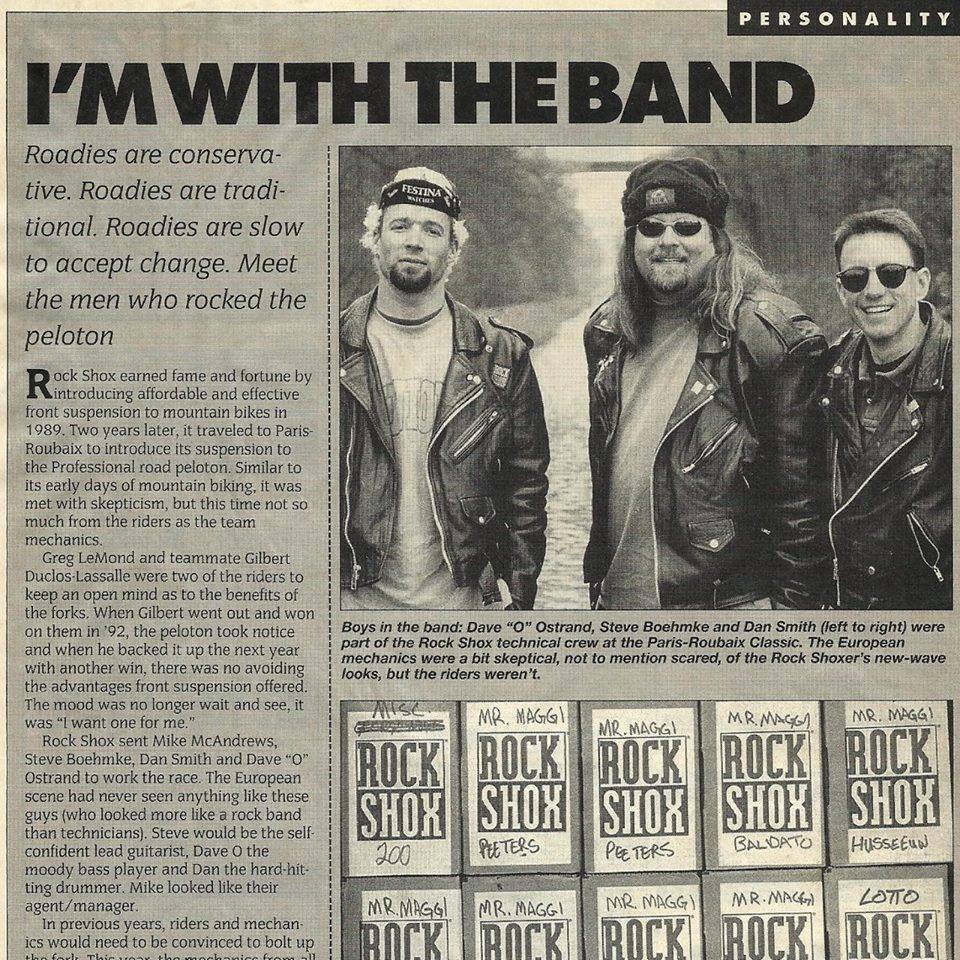 I believe Dave-O told me it was called the Ruby because of … You know, Roubaix. Get it?

Here James Huang claims that it’s a play on the Rock Shox ‘Judy’, but I think it maybe might be a mix between ‘Ruby’ and ‘Judy’?

I swear the bike industry is just one big snake eating its own tail sometimes.

That said, if somebody from Rock Shox are reading these words and would be interested in throwing one to me, I’m a willing and able stuntman.

In other news that is just too much to be believed, Katie Compton has just been busted for doping; 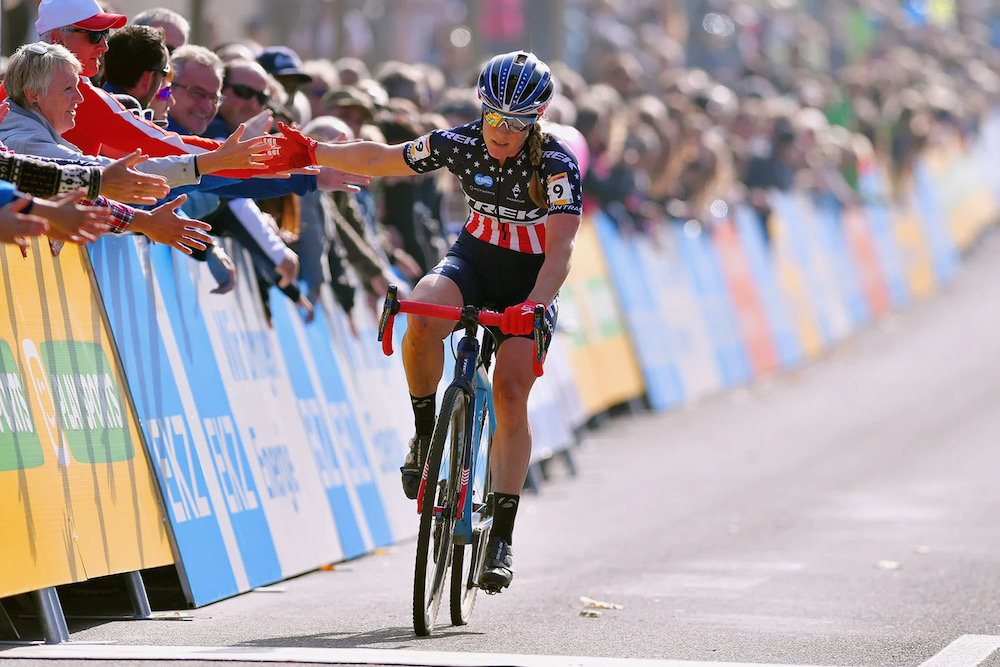 I’d be curious if tests are based on a standard. Could 100 people who all have a relatively similar diet/course of supplements, etc. be tested and all have negative/or potentially positive results? Could some? I most definitely don’t know, and I’m certainly not trying to be contrarian, or argumentative here, but as staunchly opposed to doping as Katie has been throughout her entire career, I would be absolutely dumbfounded if she knowingly ingested anything that could result in a positive result.

I poked around a bit, and wound up having a long conversation about it with Adam Myerson; 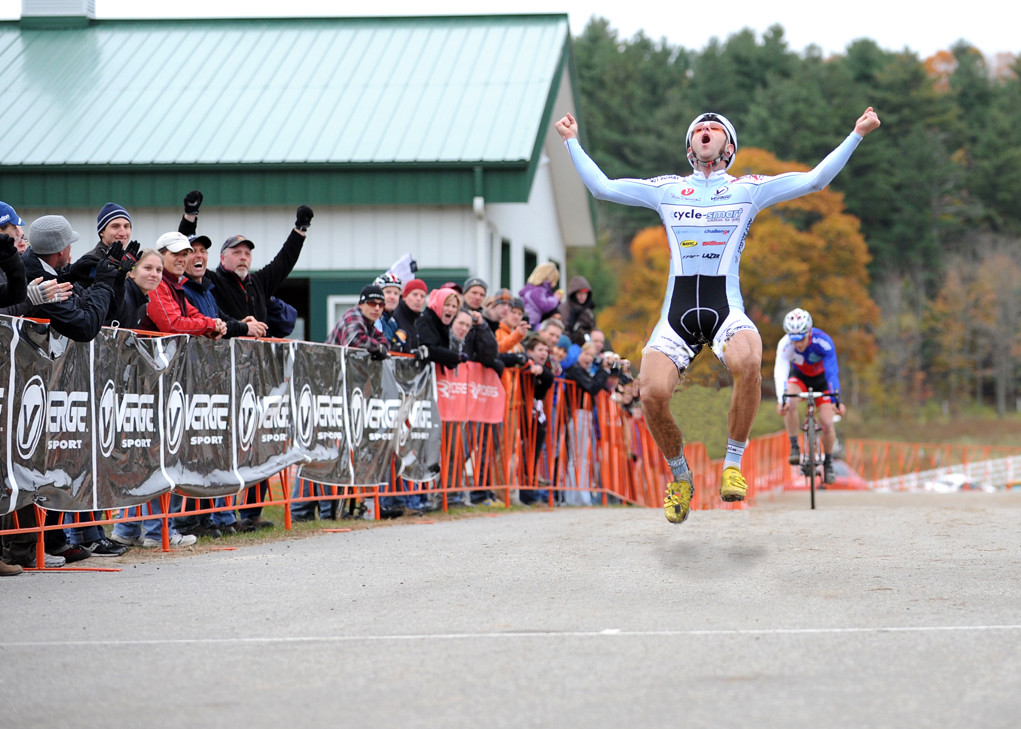 I called him because I honestly don’t know, and also because he knows way more about it than anyone else I know.

The upshot of our chat was that A) for months to come, there will be a whole lot of collateral damage because of this (duh), and B) not a single one of us can say specifically what the situation is. The important take away to remember is that are a million different possibilities, and unfortunately, they’re all realistic. As one who is vehemently opposed to doping and has spent years both as an advocate for clean racing, a coach, and a professional cyclist, I appreciate him sharing his perspective, and offering me a little more rounded view of the situation.

I appreciate Katie and all that she’s done over the course of career so much, and will reserve judgement, (which even in the few days since the story broke is becoming increasingly difficult). The bottom line is it doesn’t really effect my life one way or another. I suppose the most important takeaway for me is that I will continue being mindful of never hanging any of my hopes on anyone but myself.

Now then- Here’s a thing I’d like to promote a bit. Since relocating, my buddy Opie and I have decided that we’re gonna do a thing that folks might be interested in; 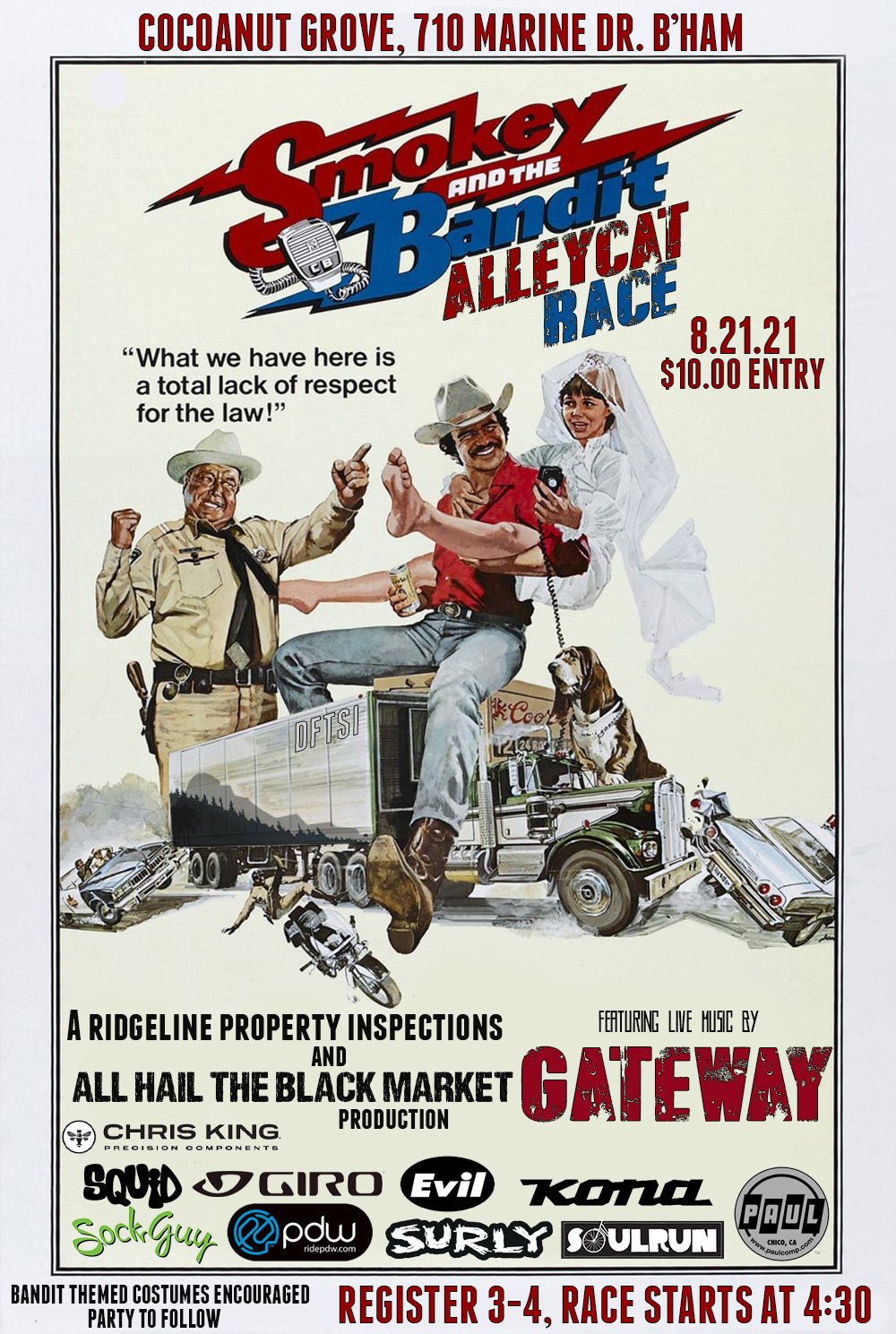 It’s like 2005 all over again, except we’re in the second wave of a global pandemic.

And for those who are asking however rhetorically- We’re doing it for the money, for the glory, and for the fun.

But mostly for the money.

Come one, come all, and if you can’t, feel free to spread the word.

Lastly, as anyone with eyeballs knows, in the time since we last sat together, thanks in no small part to the Reagan, Bush, Clinton, Obama, and Trump administrations, shit in Afghanistan has completely, and thoroughly hit the fan. I’ve been a wreck about it, and have no idea what to do to help. Thankfully, I came across a list of humanitarian efforts which, if you feel so inclined, we can easily donate to;

It’s not going to fix anything immediately, but every little bit helps, and I’m desperately trying to remind myself that doing anything at all is better than nothing, and shouldering the weight of the world alone serves no one.

I think we’re a good bunch, and the empathy that I know courses through our community is both a blessing and a curse. The trick is always learning how to best utilize the former, and consistently wriggle from under the weight of the latter.

Now, having said all of that, let us kick the table and bounce the needle right on out of here.

8 Responses to “The sound of silence.”