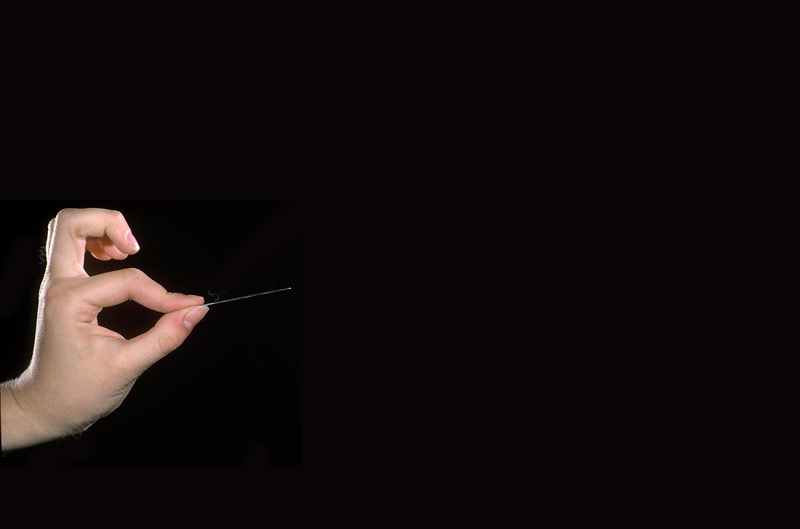 When last we were together I was starting to polish the turd that is the third version of finally getting my desk cleared, and with this post, I think I’m finally gonna do it.

So for the first time in a few years The Sea Otter Classic, Celebration of The Bicycle©®™ has come back to sit on everyone’s heads; 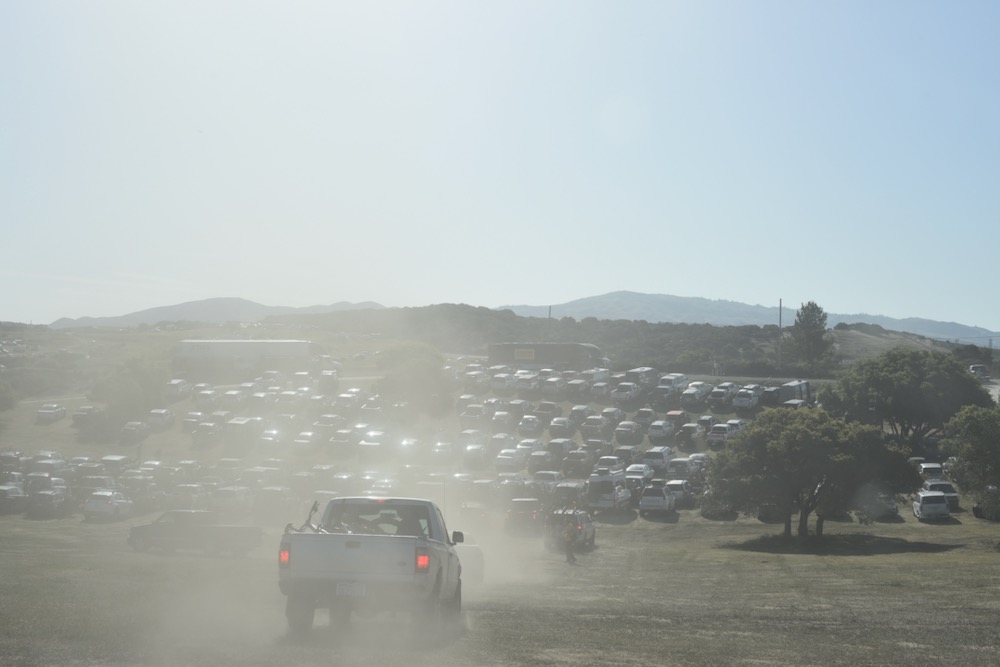 I did not go, because if I’m gonna spend my hard earned money, and burn my precious time in leaving town, I sure as shit am not going to fly to San Jose, and get wind/sunburn and freeze to death for four days.

Thankfully I had a few pairs of boots on the ground who sent on some cool shots I will plainly pay out now.

Strap in- It’s gonna be a bumpy ride;

The following are from the person with two first names, Maestro Chris Kasey.

Firstly, I love Shimano stuff. I always have, and I always will; 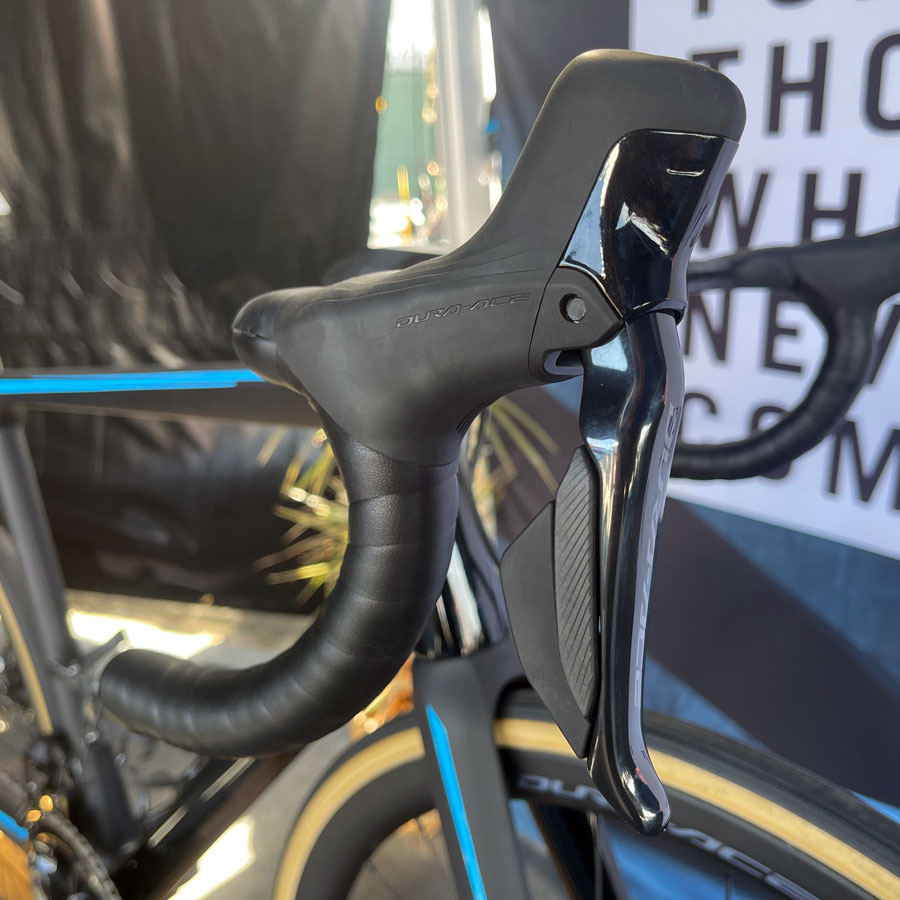 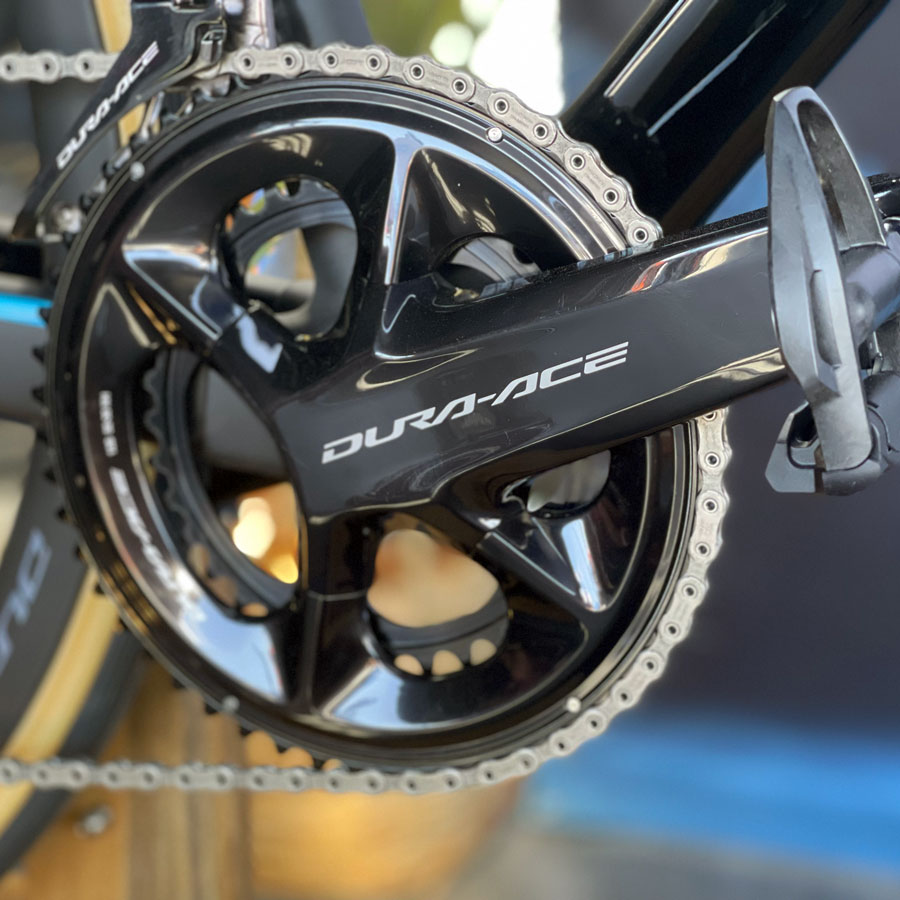 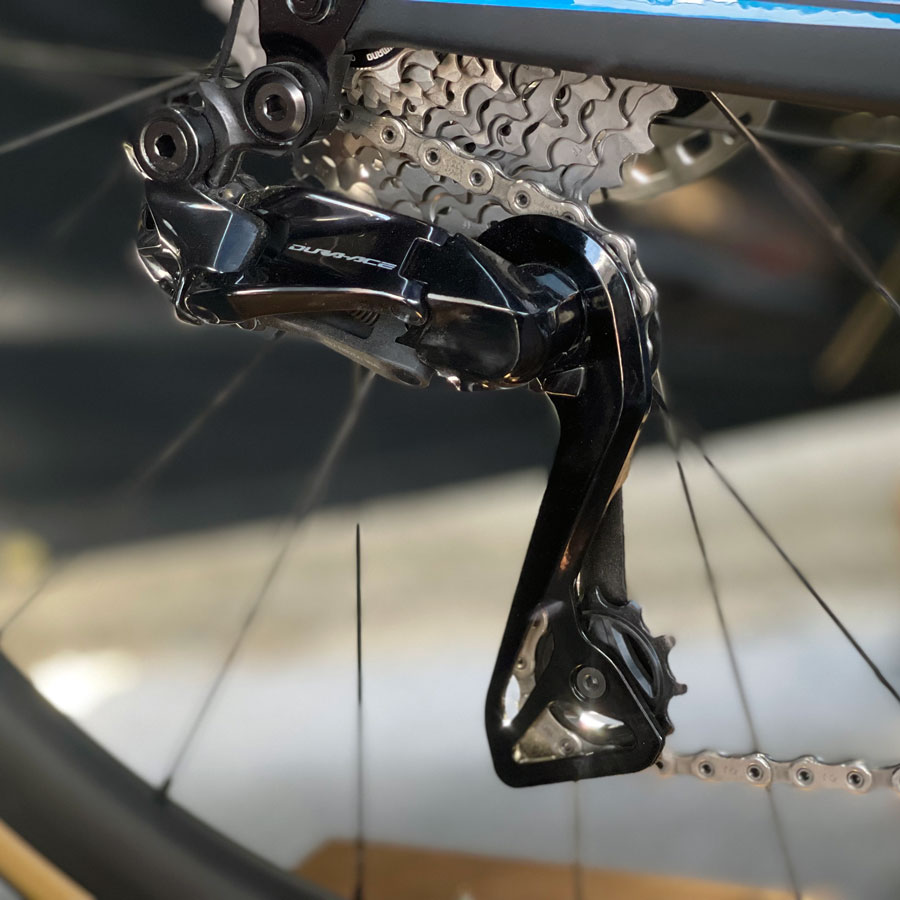 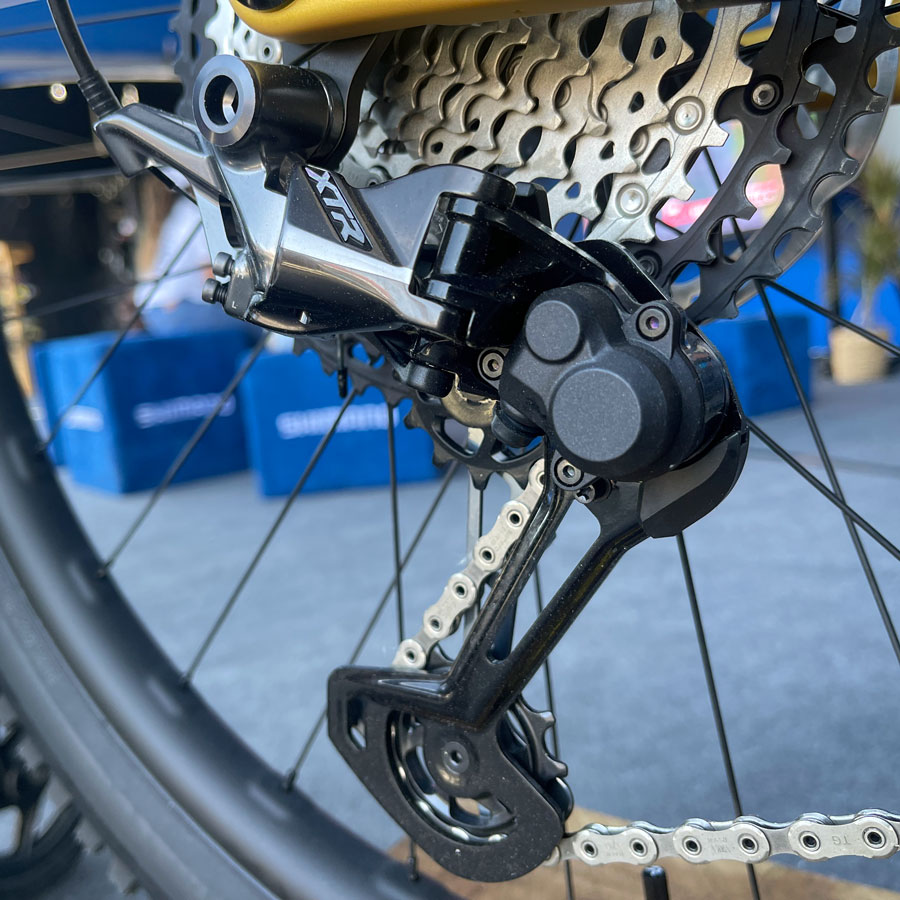 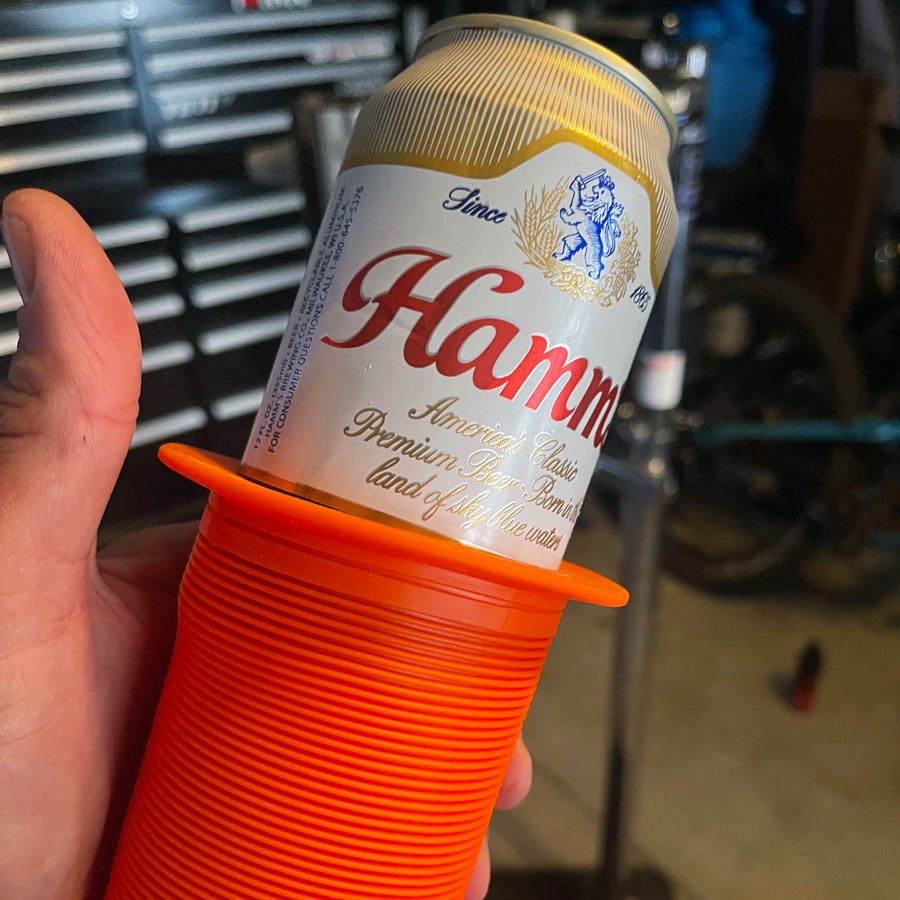 My kingdom for an explanation on where the rear shock is; 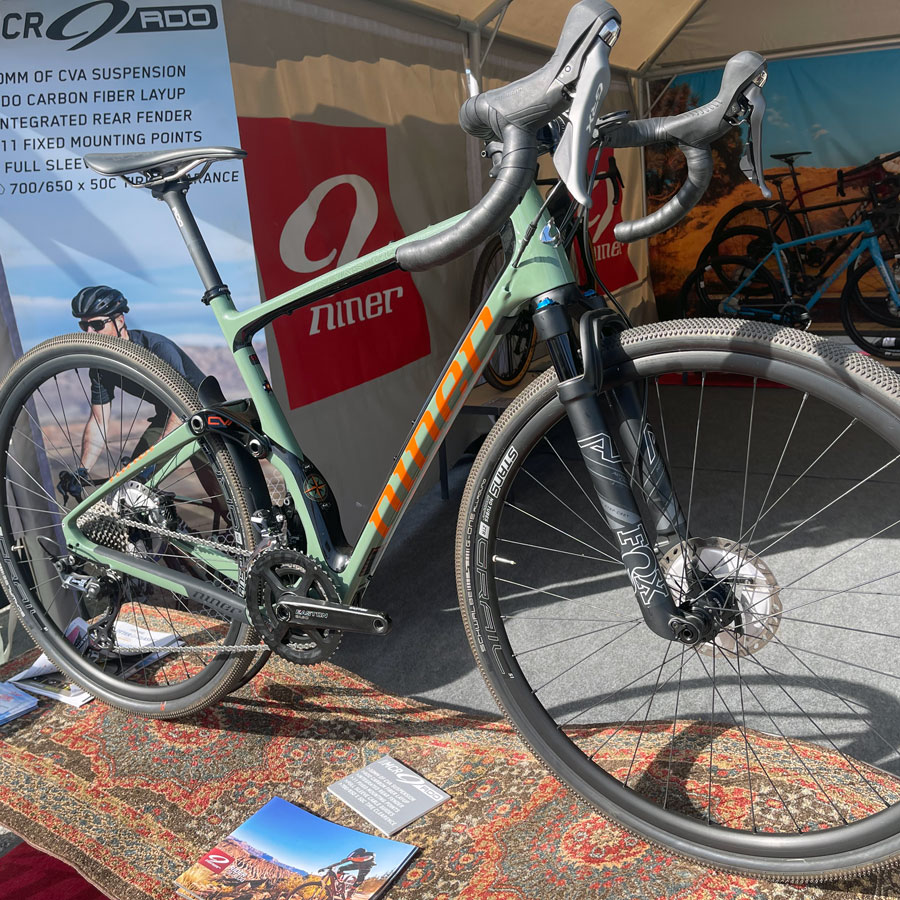 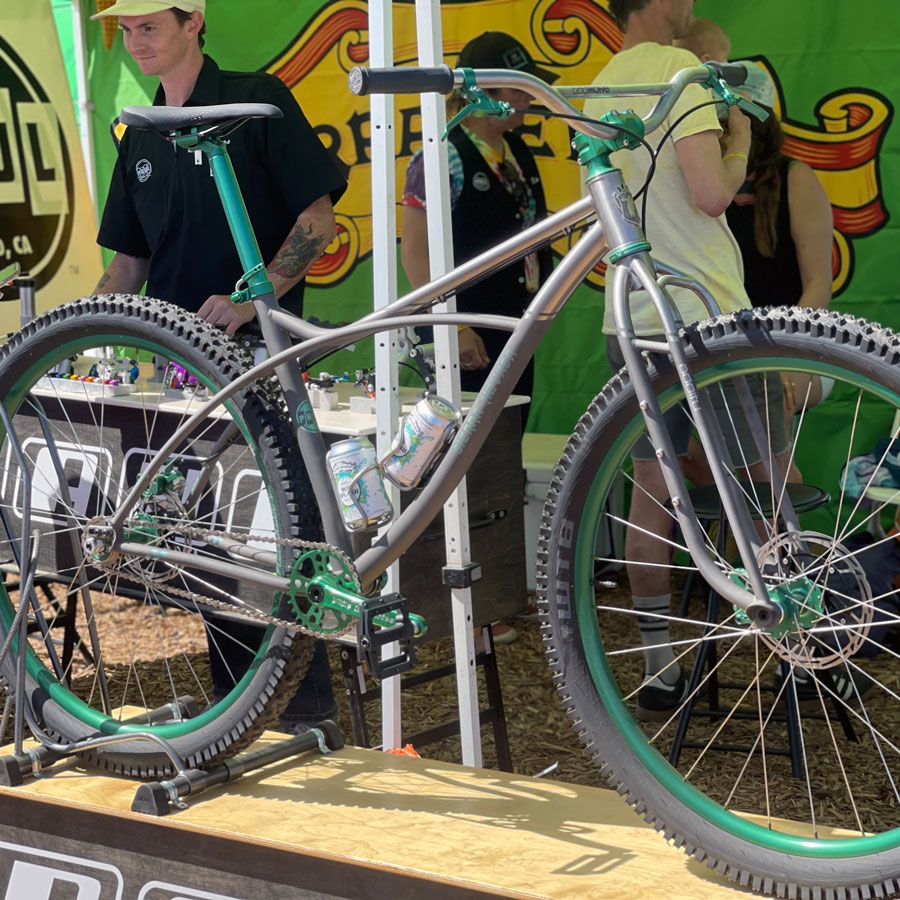 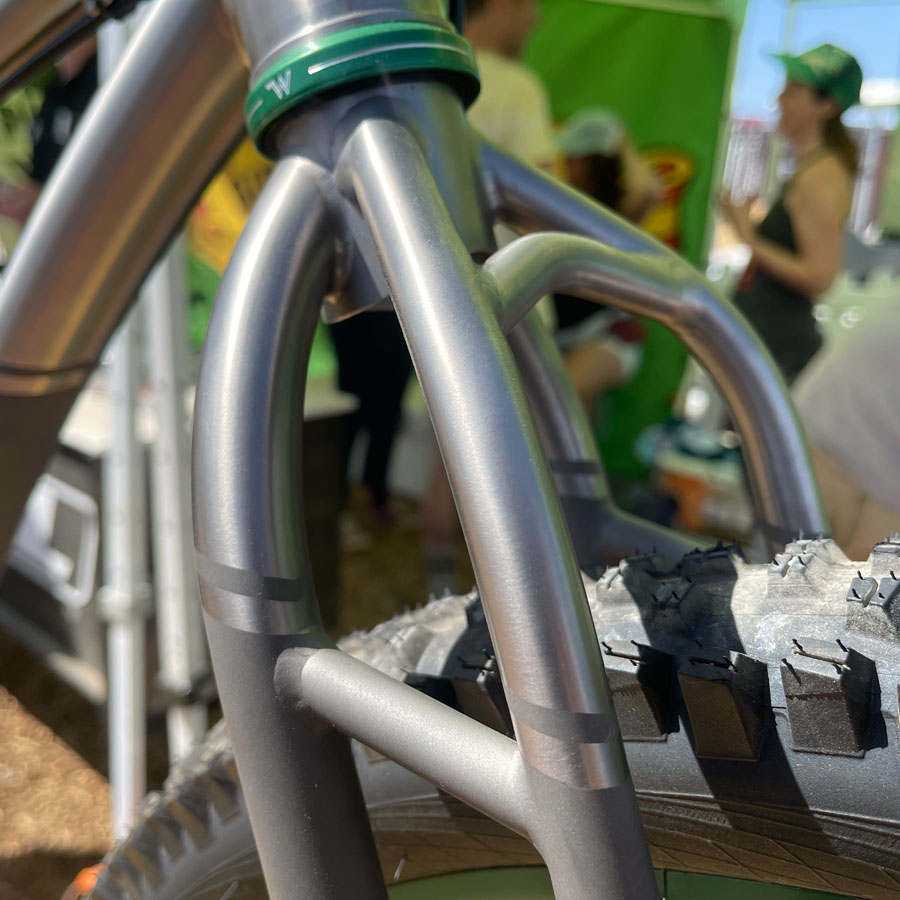 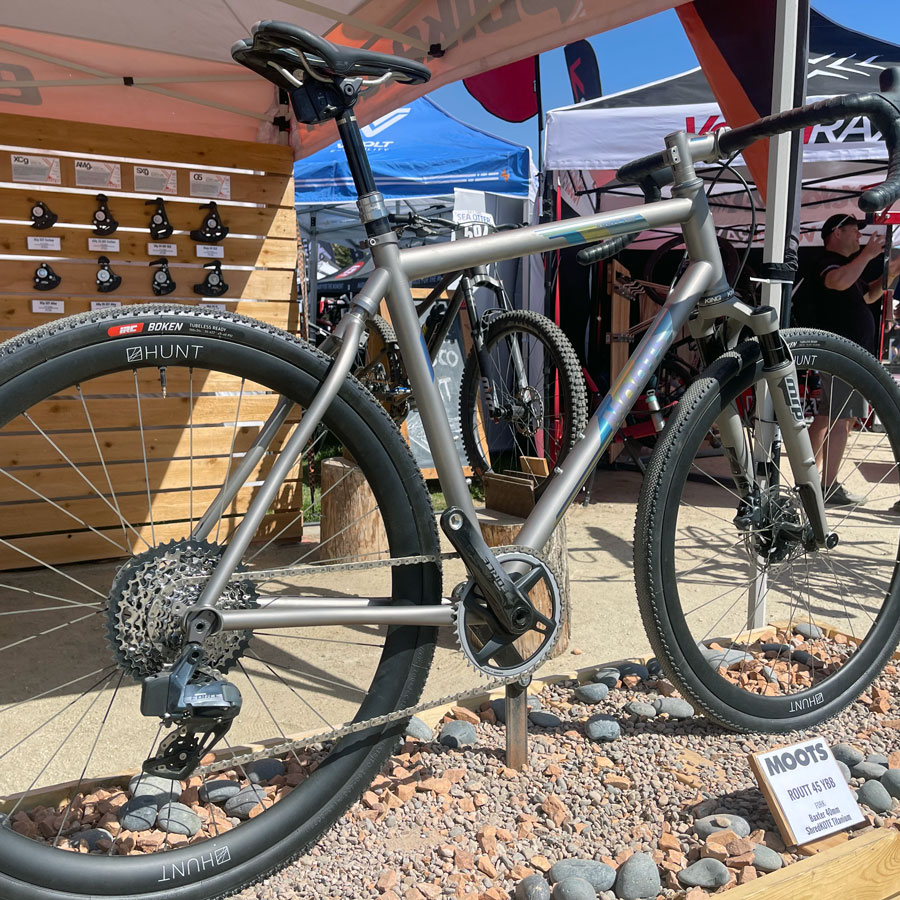 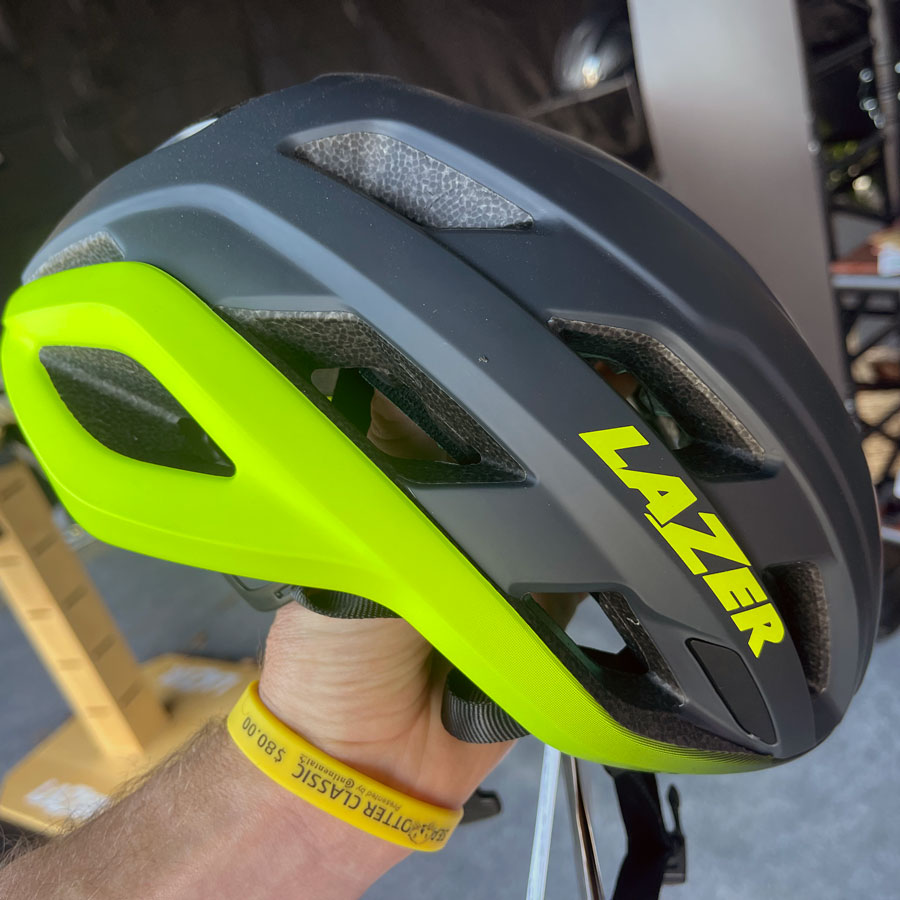 There was a bunch more, but I had to pick and choose for brevity’s sake.

Making Sea Otter better for the past 20 yrs… Plus some heart melting sunset shots from the top of the DS overlooking the sprawl. No license, free to use, give no credit. 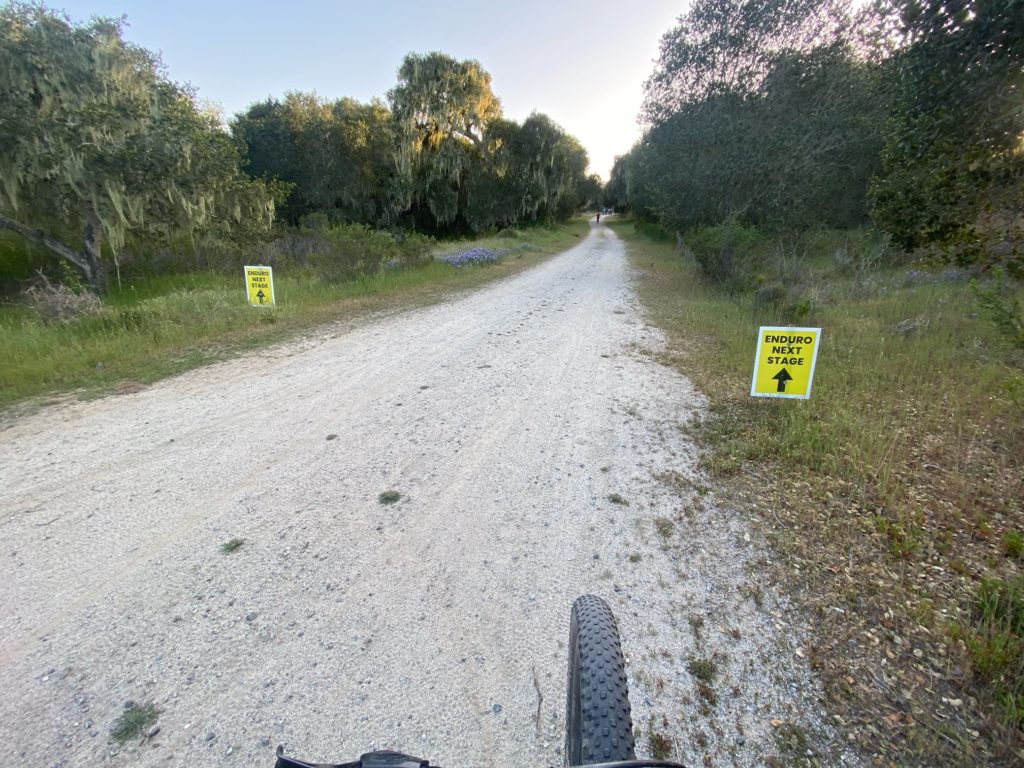 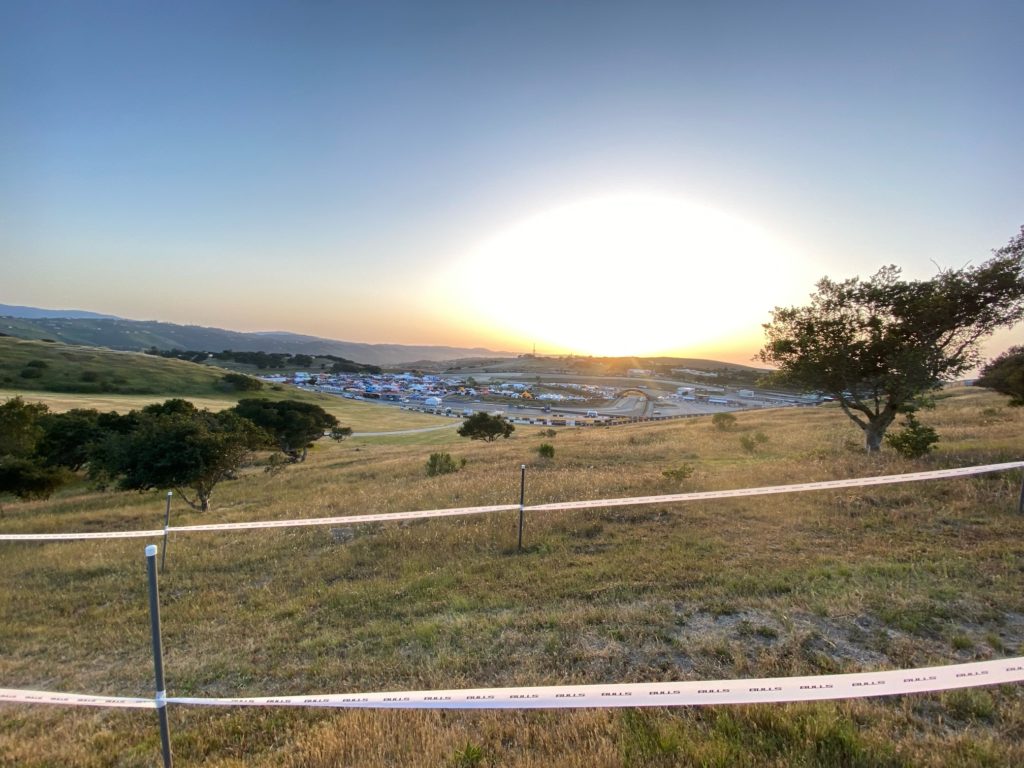 I’ve always contended that one of my favorite things about The Sea Otter Classic, Celebration of The Bicycle©®™ was how it looked from a distance.

Then I have a couple more from Jason to round it out just because they make me feel good. 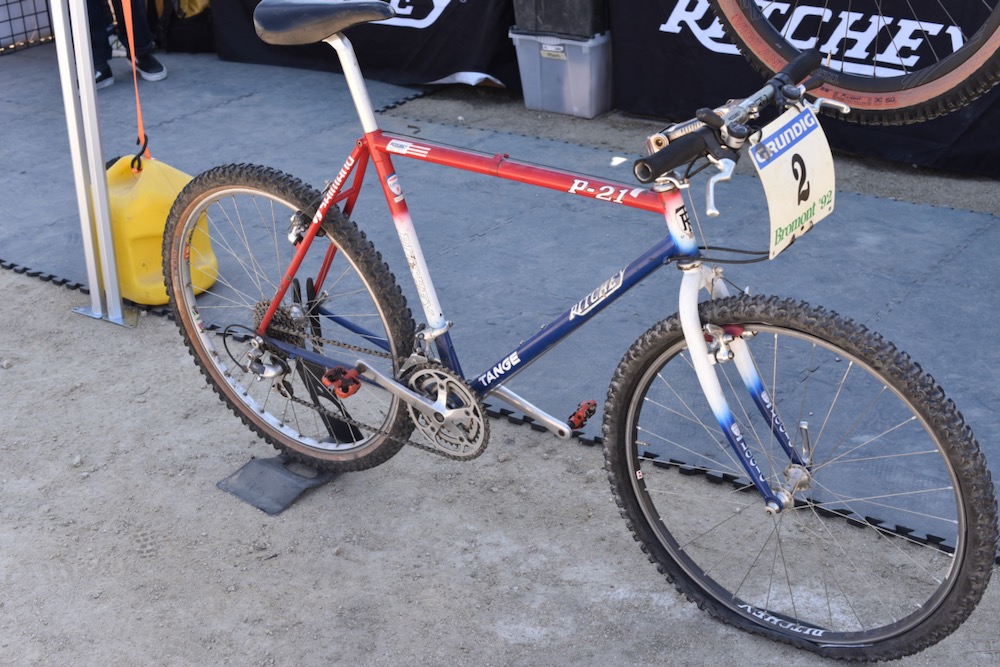 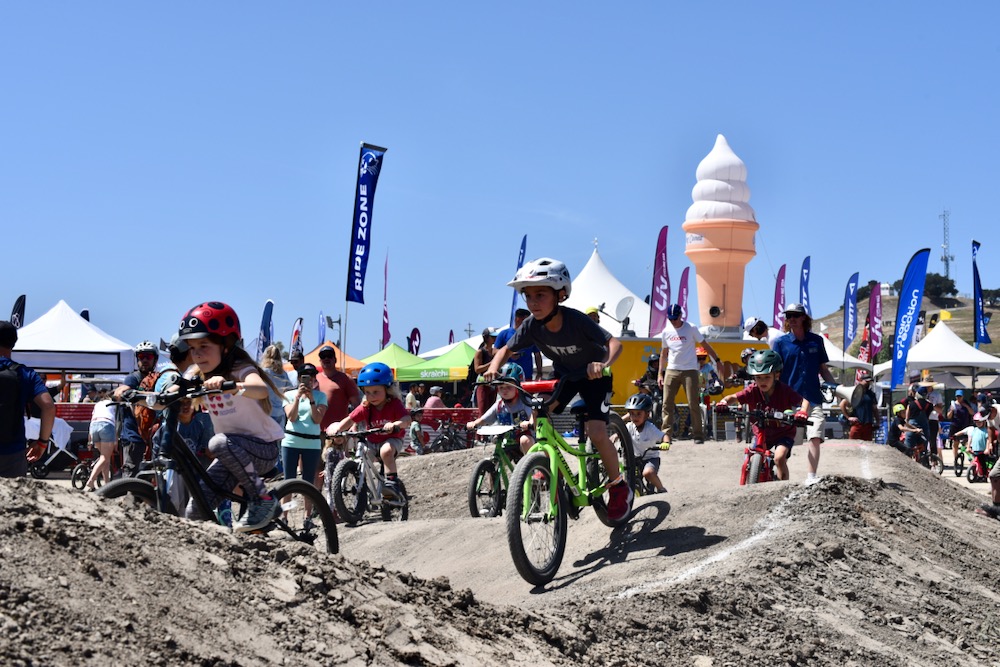 So that’s all the news that’s fit to print, and I thank contributors for their efforts, and support.

Moving along, and continuing with today’s post I would like to direct your attention to the twenty-second episode of Revolting, in which we discuss bikes with one gear; 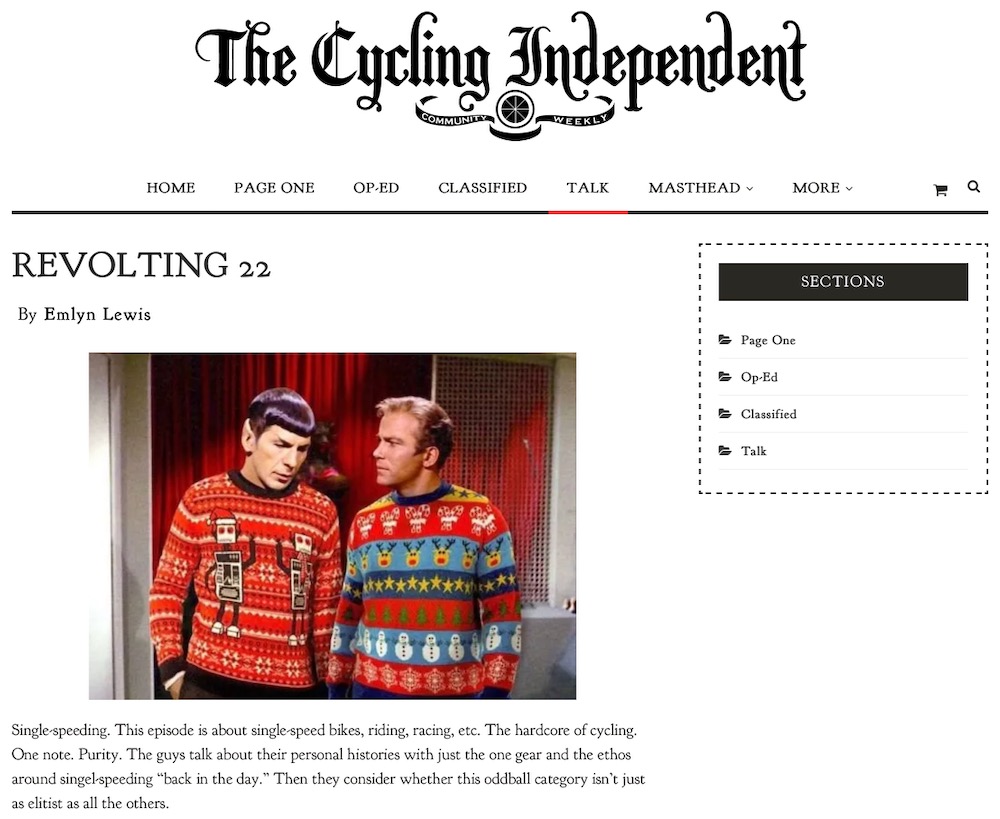 As a matter of fact, and against my better judgement, I went out and did an epic slog on a bike of that style on Sunday, and it hurt just as much as it ever did; 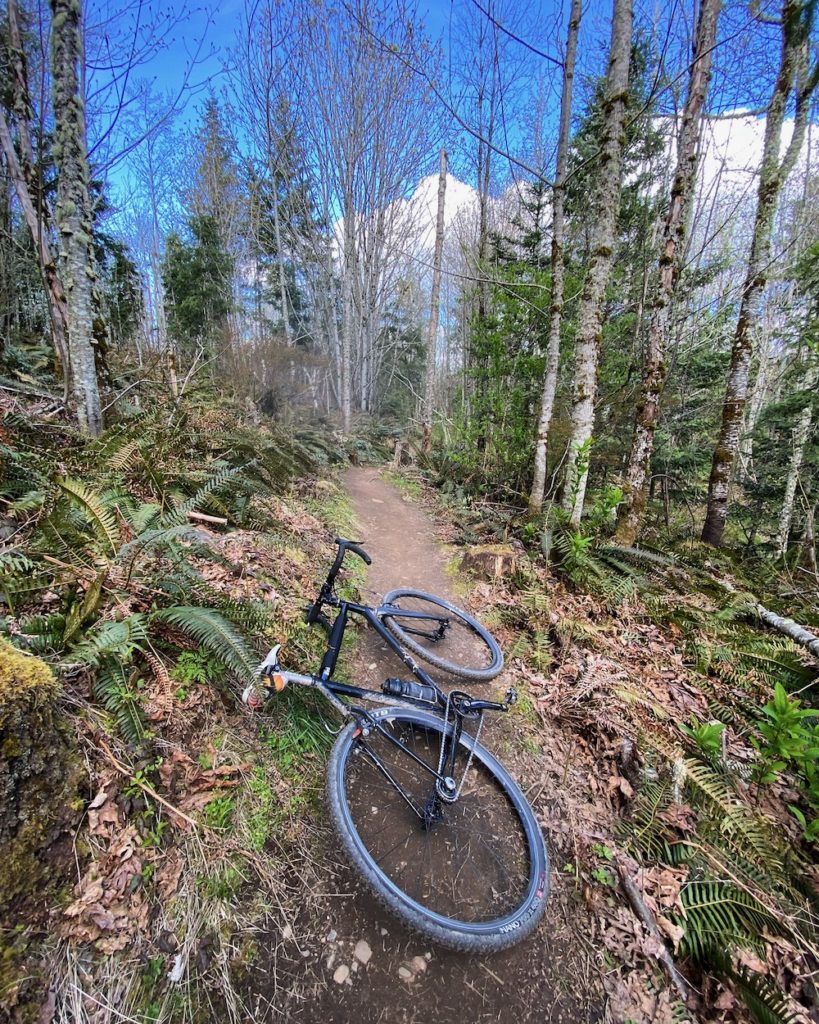 Another thing I mentioned last Tuesday was a recent epic trail work day. The trail we worked on was a section of my very most favorite trail in the whole world, and I was thrilled to be a part. Arriving to the spot, it began snowing but even still, we dug deep both literally and figuratively; 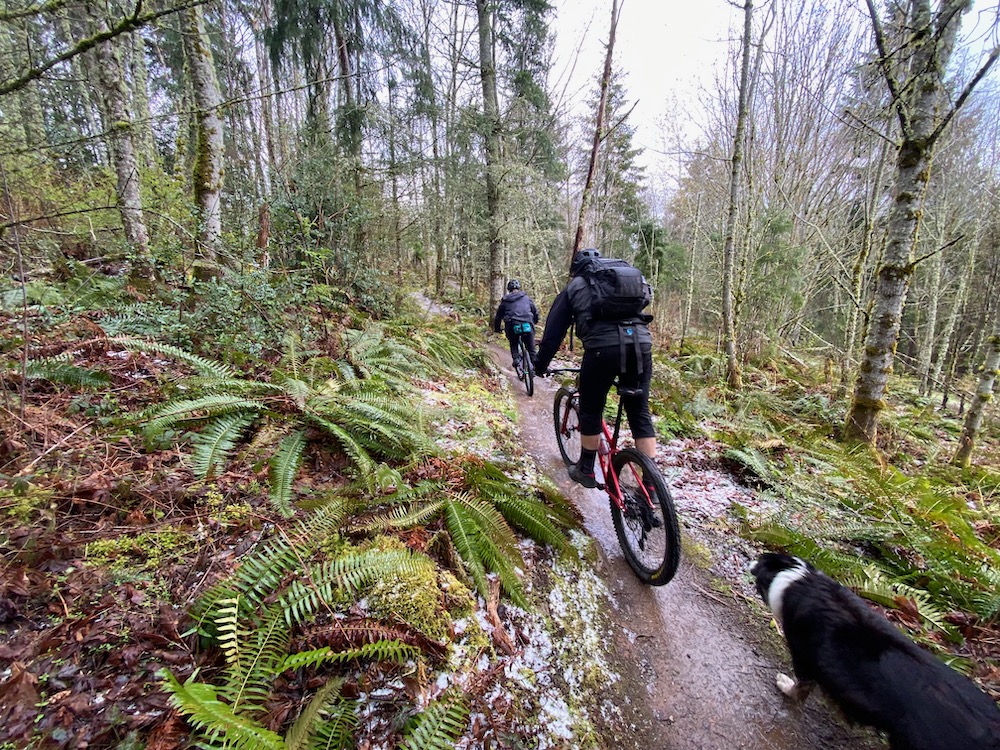 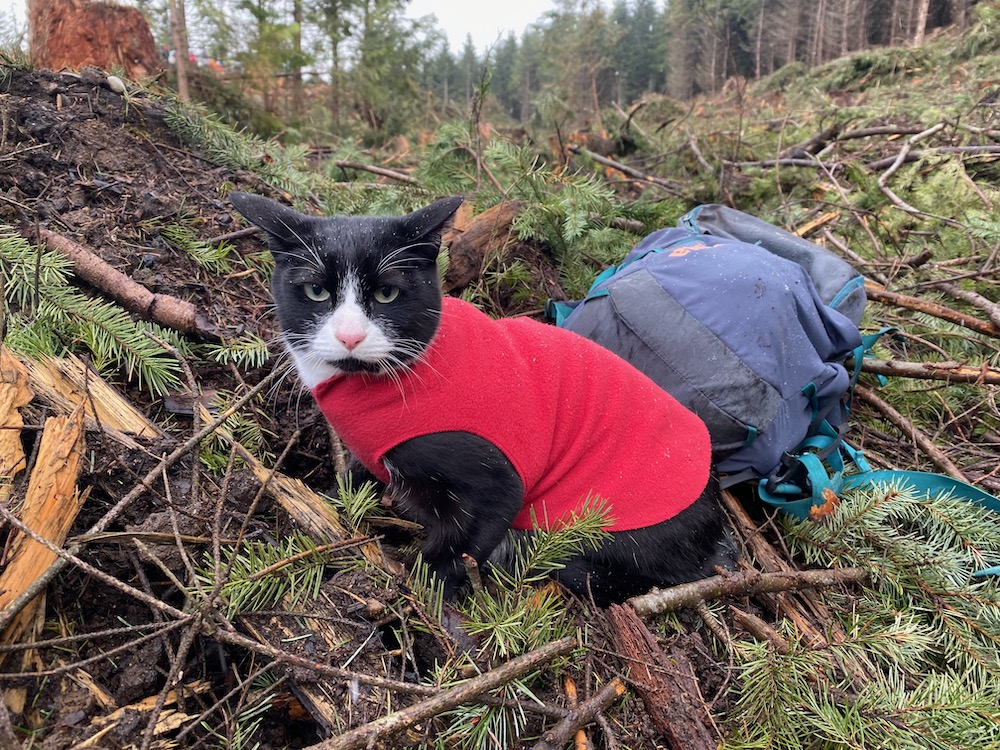 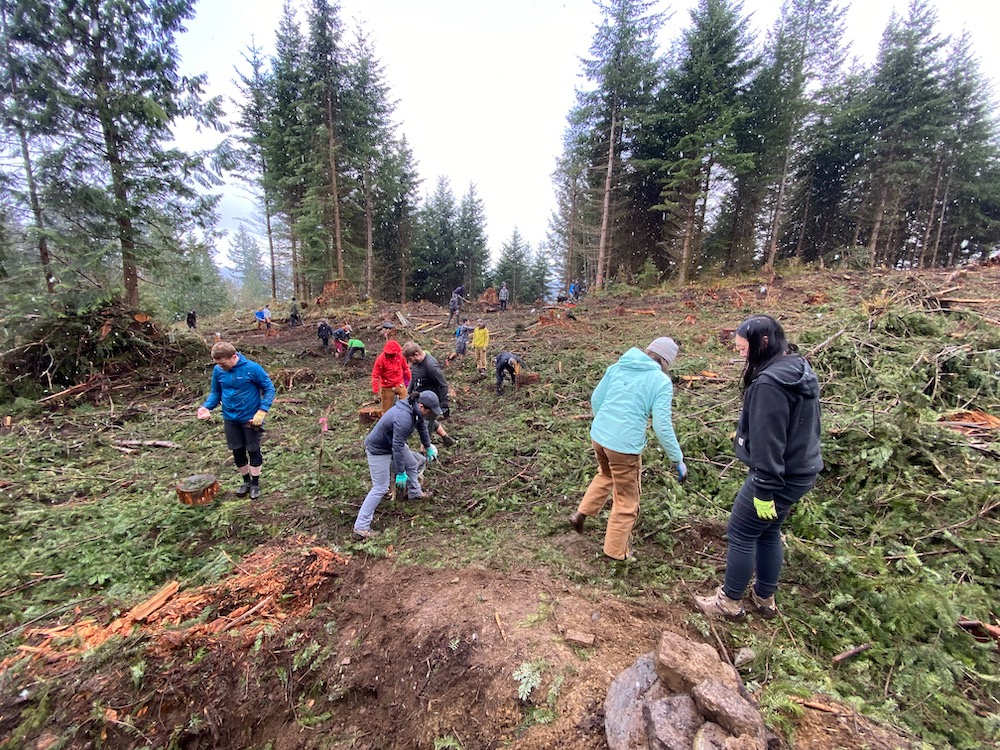 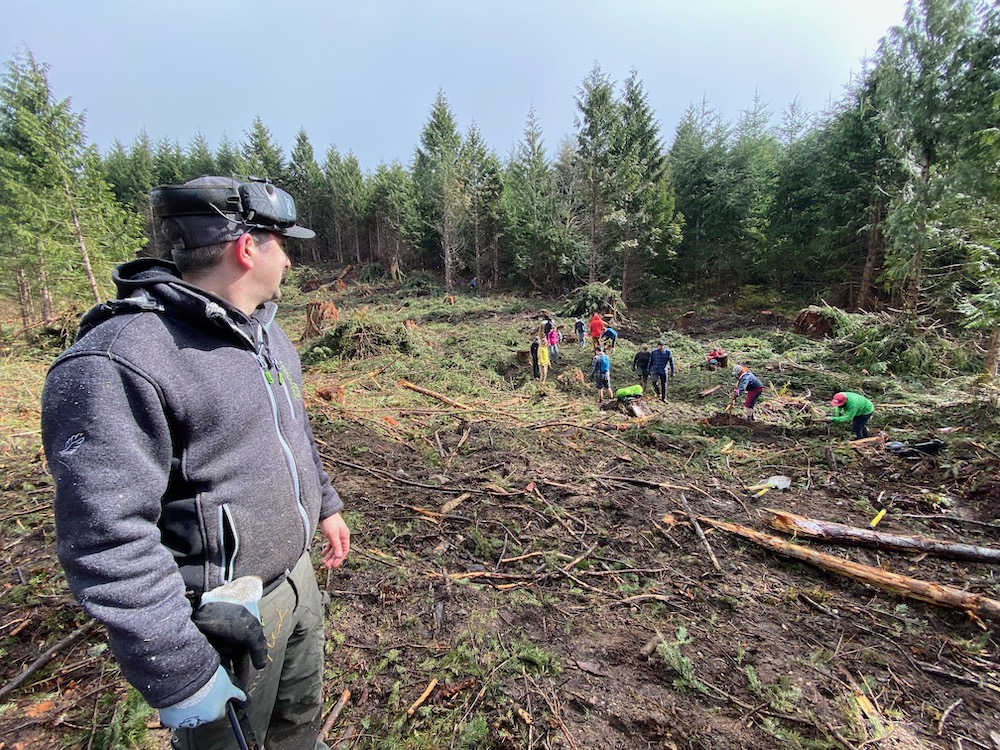 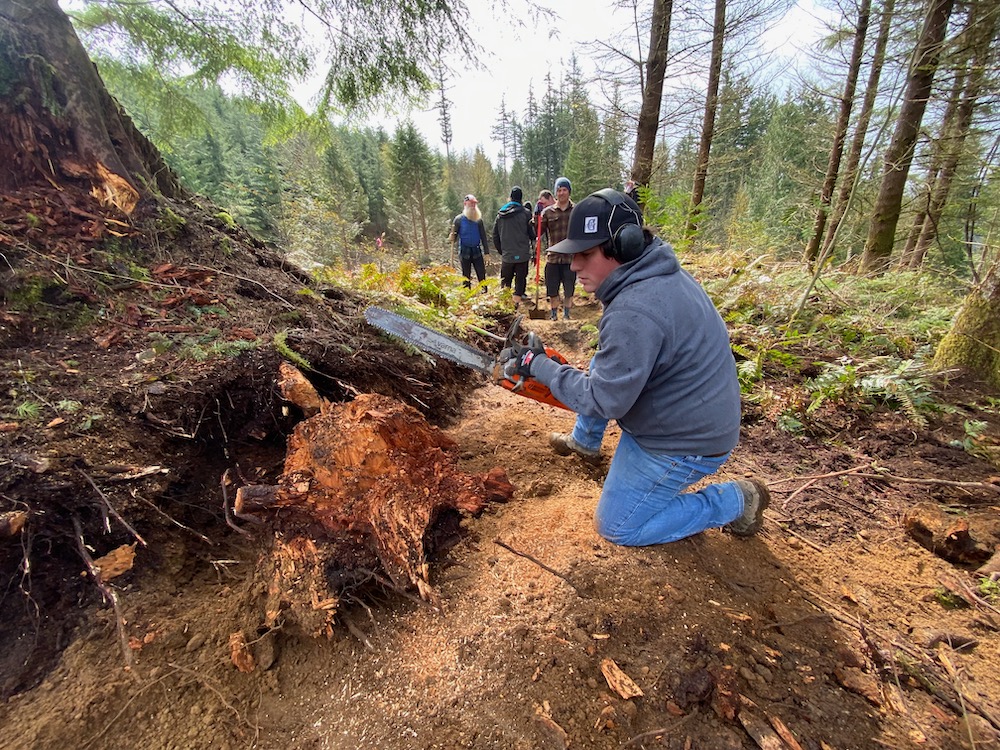 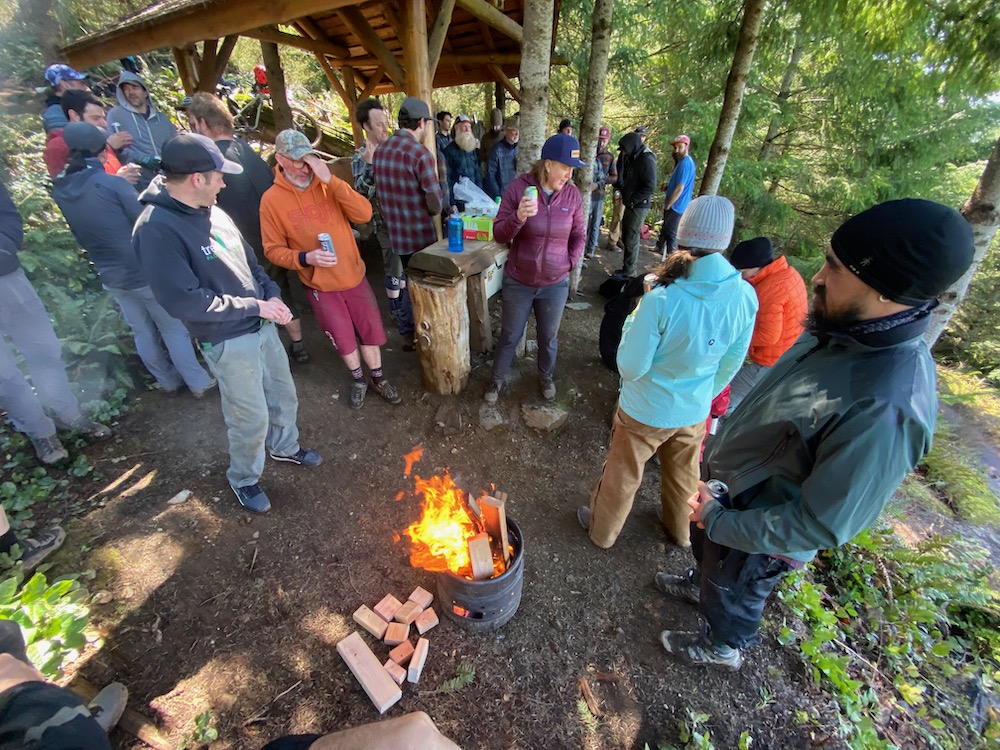 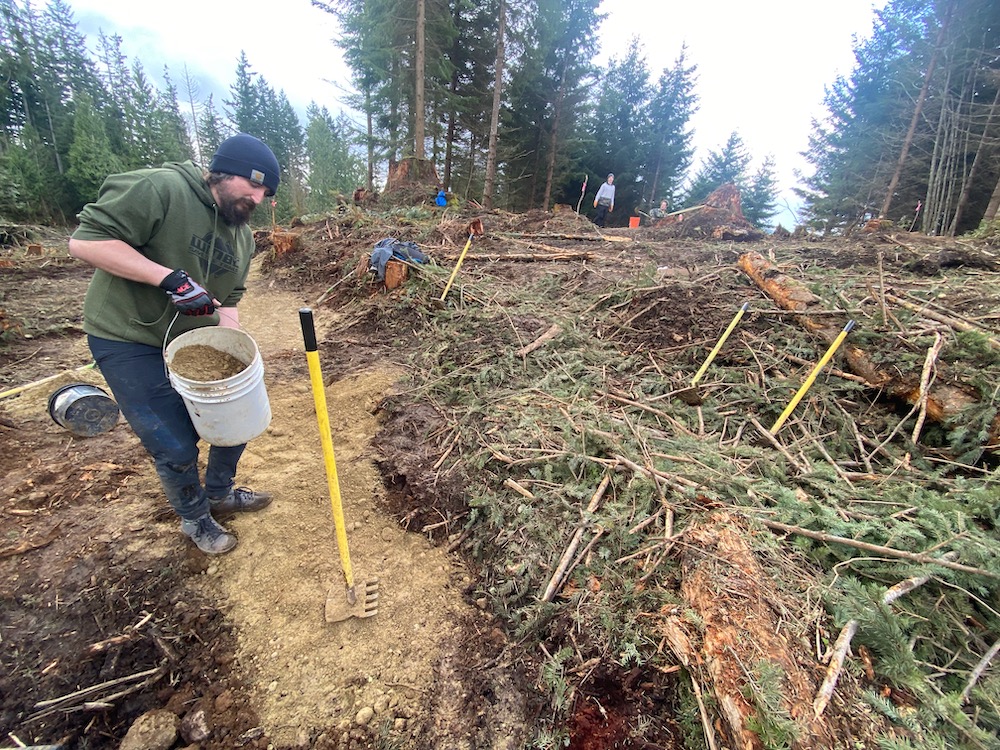 I didn’t really have a perspective about how expansive the clearcut was until the end of the day and continued my ride on down the trail where I ended up carrying my bike for hours over acres and acres of it.

It’s going to be years before these trails are ridable again, and that makes me very sad. Conversely however, the fact that this many people were so thoroughly committed to happily rebuilding is indescribably inspiring to me.

All I can say is that I encourage everyone to do a couple of trail days a year. It’s fun to dig in the dirt, and hang out with nice people, but beyond that it’s just generally a very rewarding experience. Plus, ripping a trail that you helped craft is even more fun, and you can take that to the bank.

In product news, I just revived a shipment of like, 1,000 It’s The Water™©® stickers from Sticker Robot; 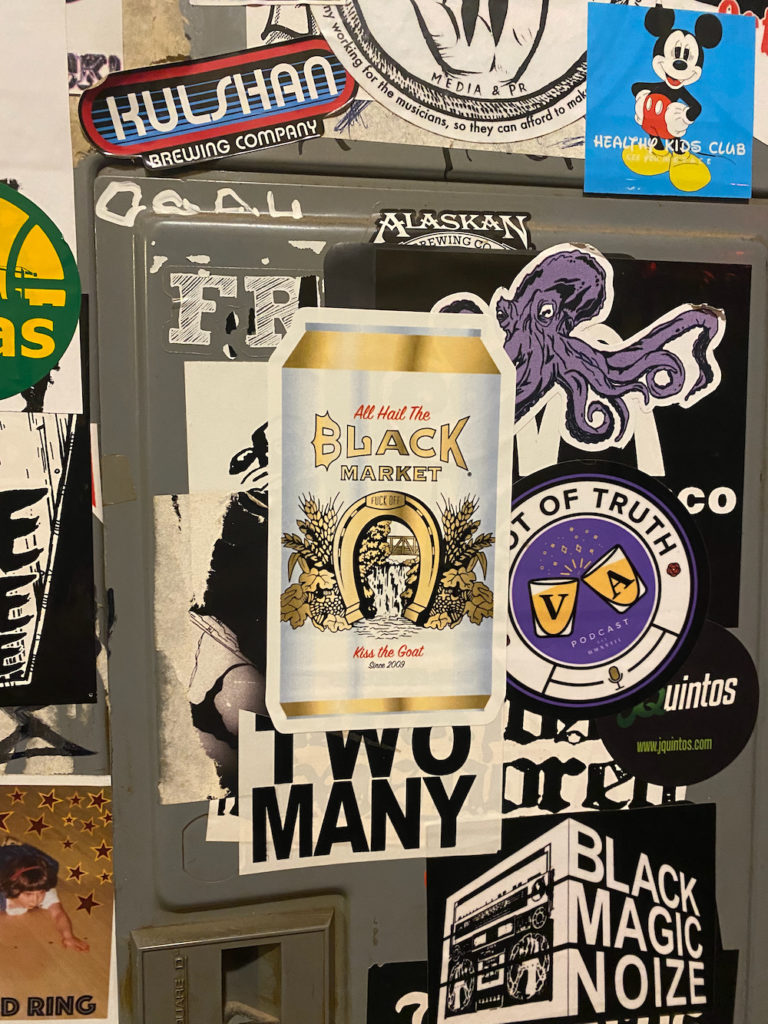 I also know (because I just sent a bunch) that Vecchios in Boulder has a full array of stickers in general, with a bunch of the aforementioned en route currently; 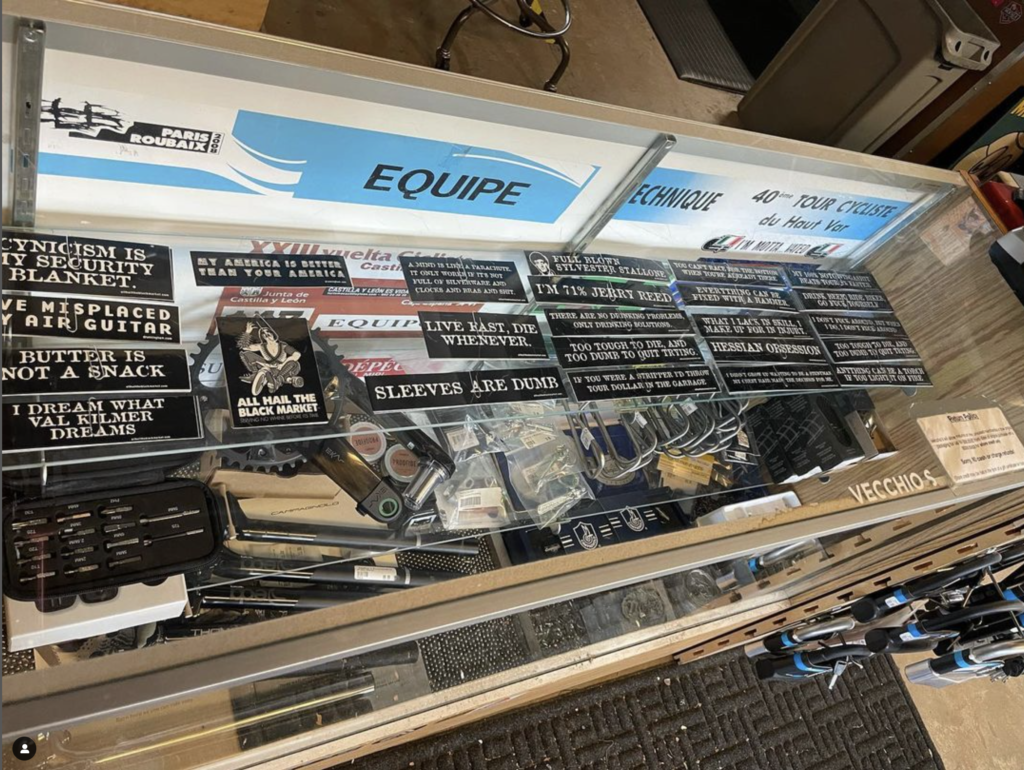 So if you’re local there, go in, buy some, and tell Jim you can have a can of whatever beer he has in the fridge for free. His refrigerator is my refrigerator…

It’s with that, my desk is cleared, the my tasks have been handled, and thankfully, the final balloon has been popped.