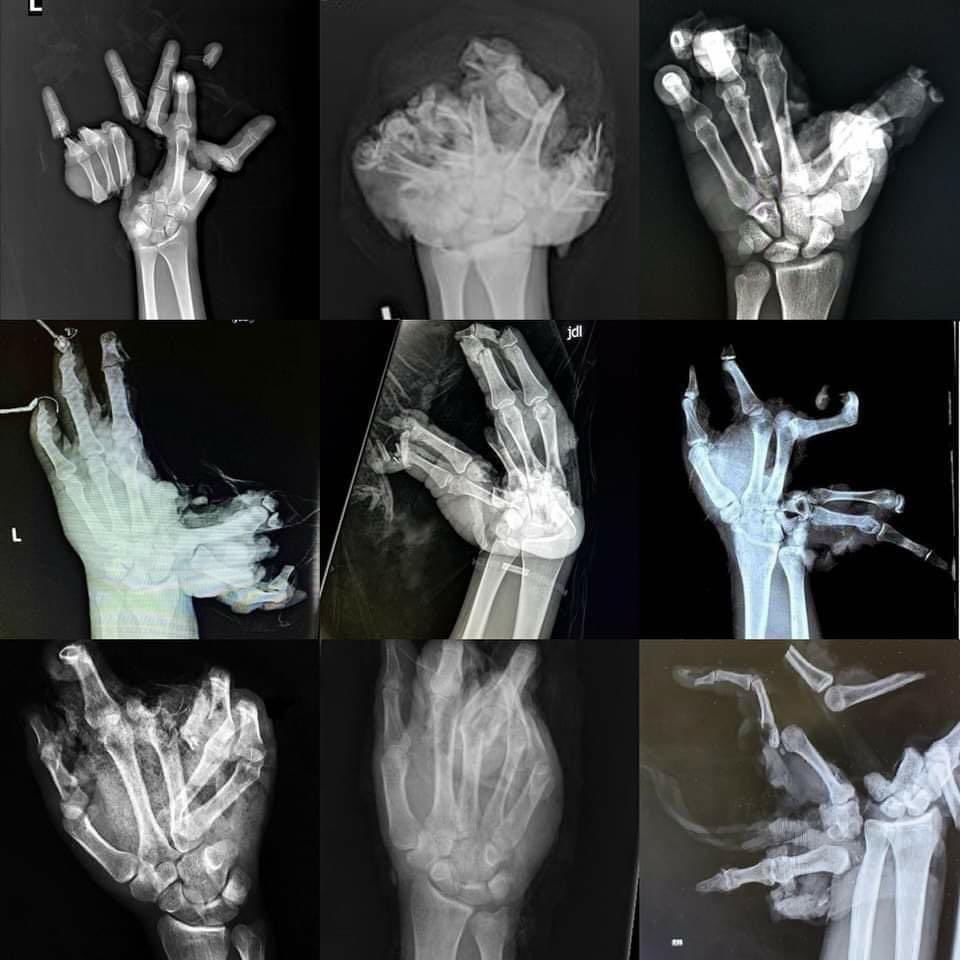 Before I get into anything, I would first like to mention that today’s post was started towards the end of last week, and as I mentioned here, I turned out being the pot calling the kettle black, getting lost in a cloud of whimsy and beer, and plum forgot to finish the post, but at least I still have my fingers.

So in short, I was having too much fun to remember to do work, pay bills, and do chores, as it should be.

The first thing that I got involved in was a soft jam at a place called The Shire. The attentive in the bunch might remember this post in which I first attended an official jam there. Mostly, the reason behind this weekend’s effort was to celebrate the completion of their long-labored over pizza oven; 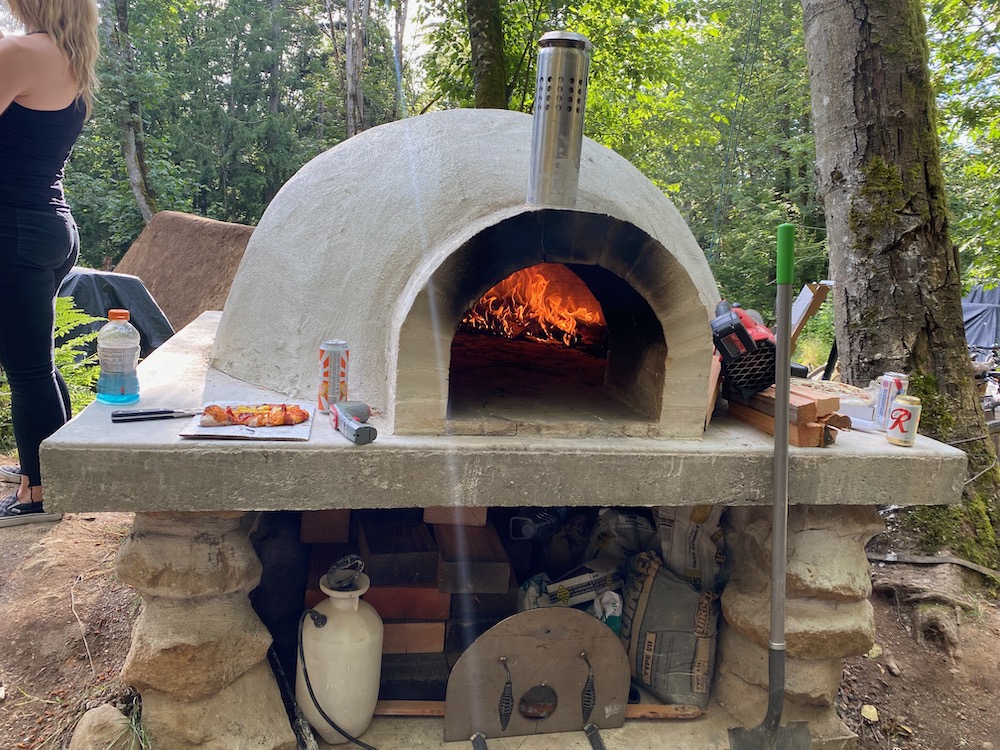 It was fun to eat some food, and watch a bunch of rippers do what they do; 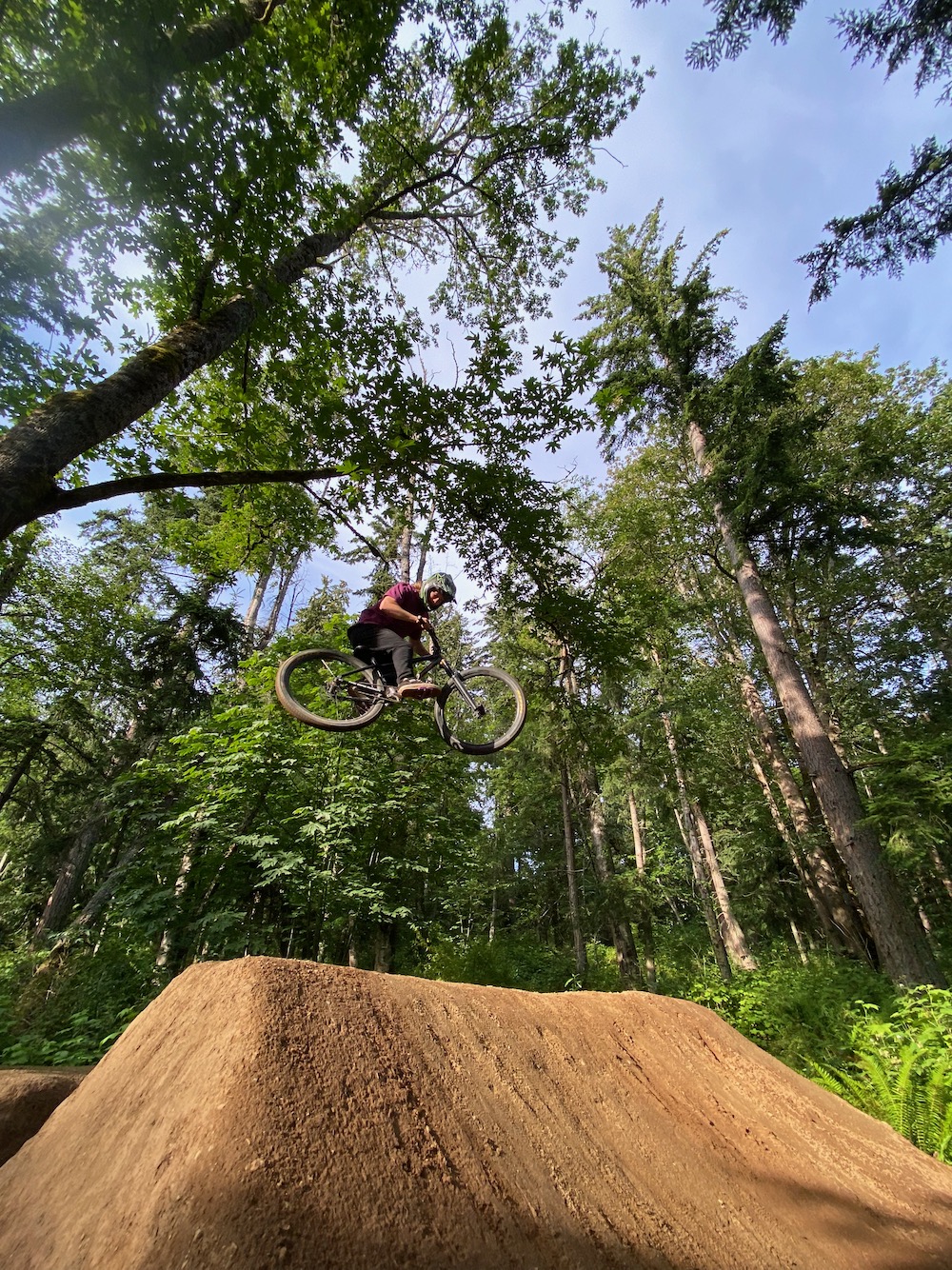 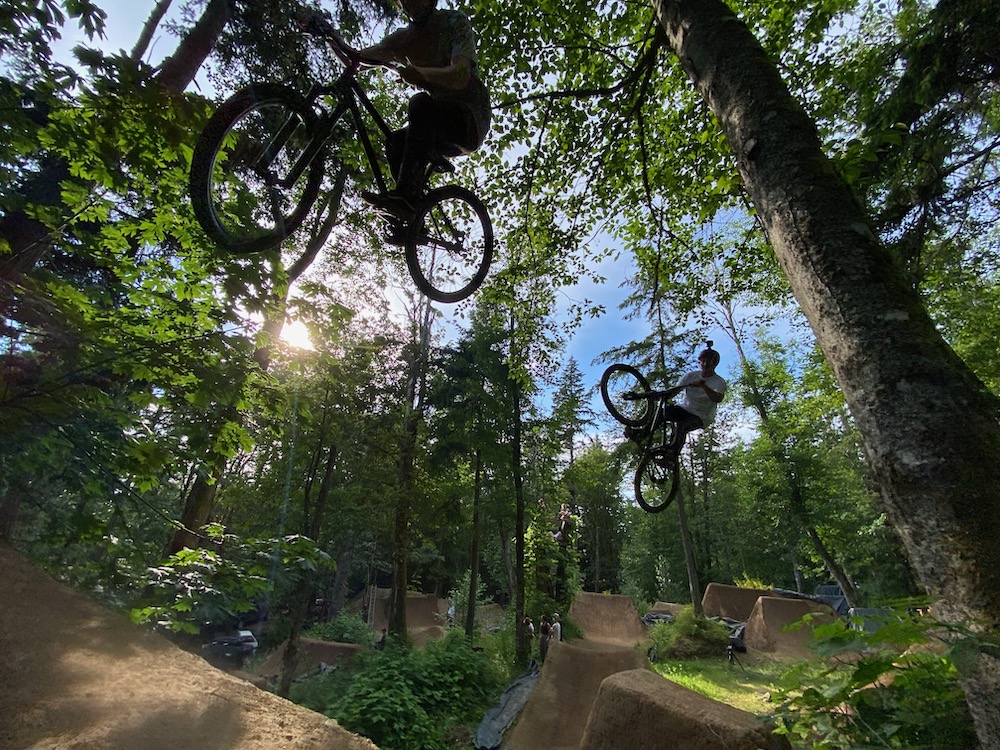 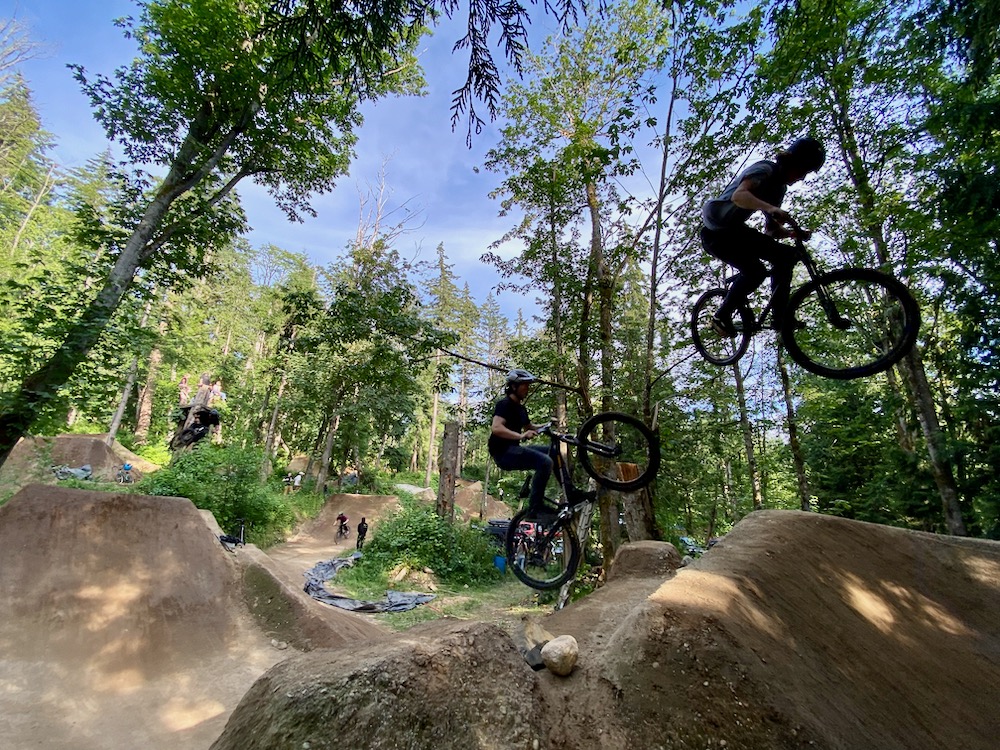 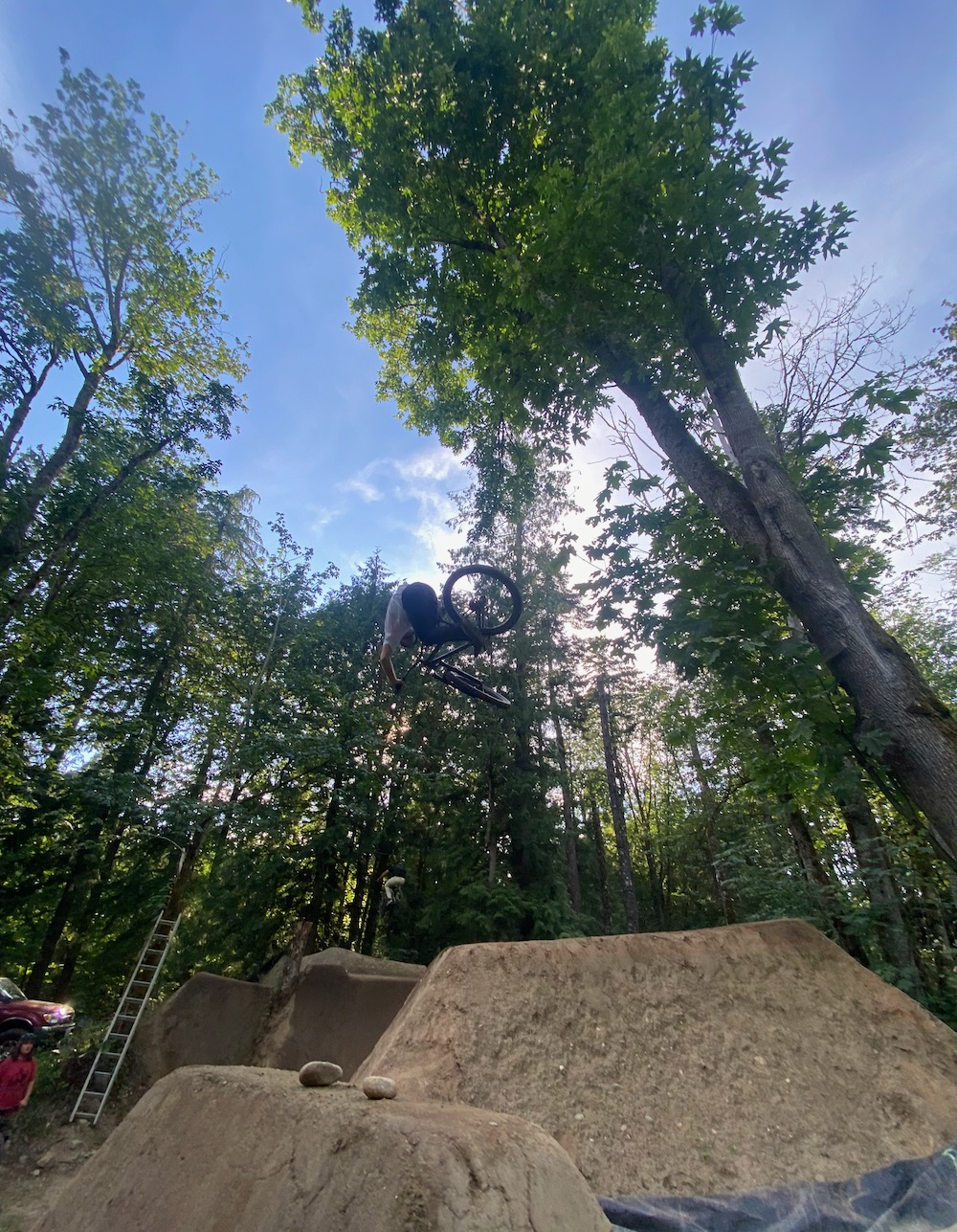 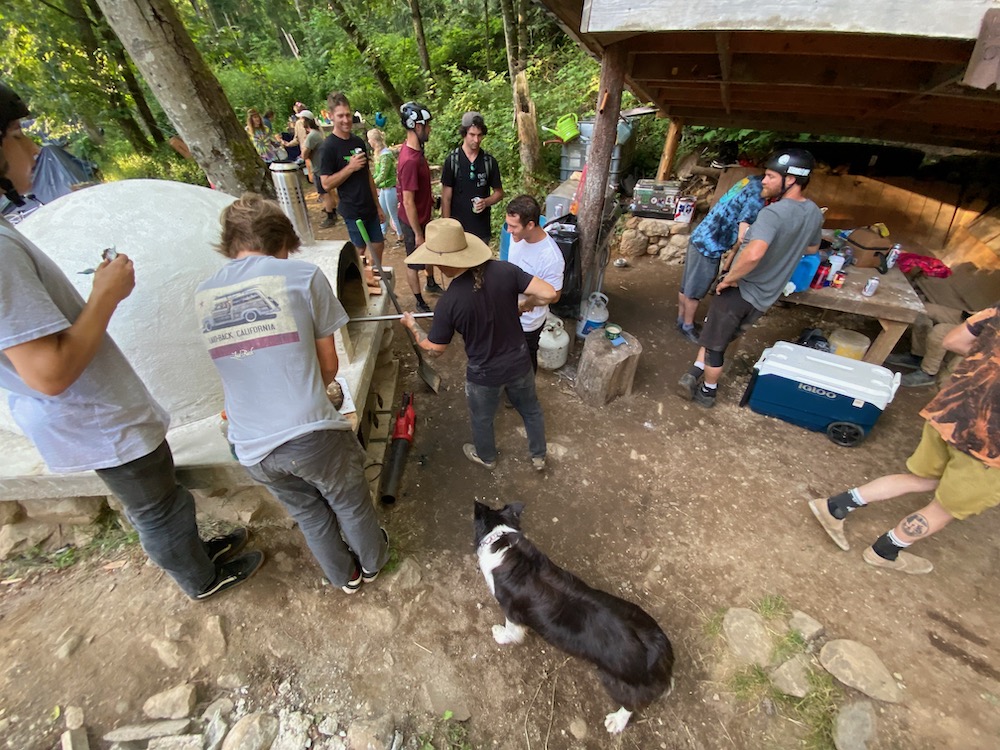 Eventually the time came to make my way back out of the woods, and ride my curly-barred ten speed looking bike back from where I came.

Another thing that happened was that after months of planning for it, I finally got around to stashing a brand new envelope of goods in the woods on Galbraith Mountain; 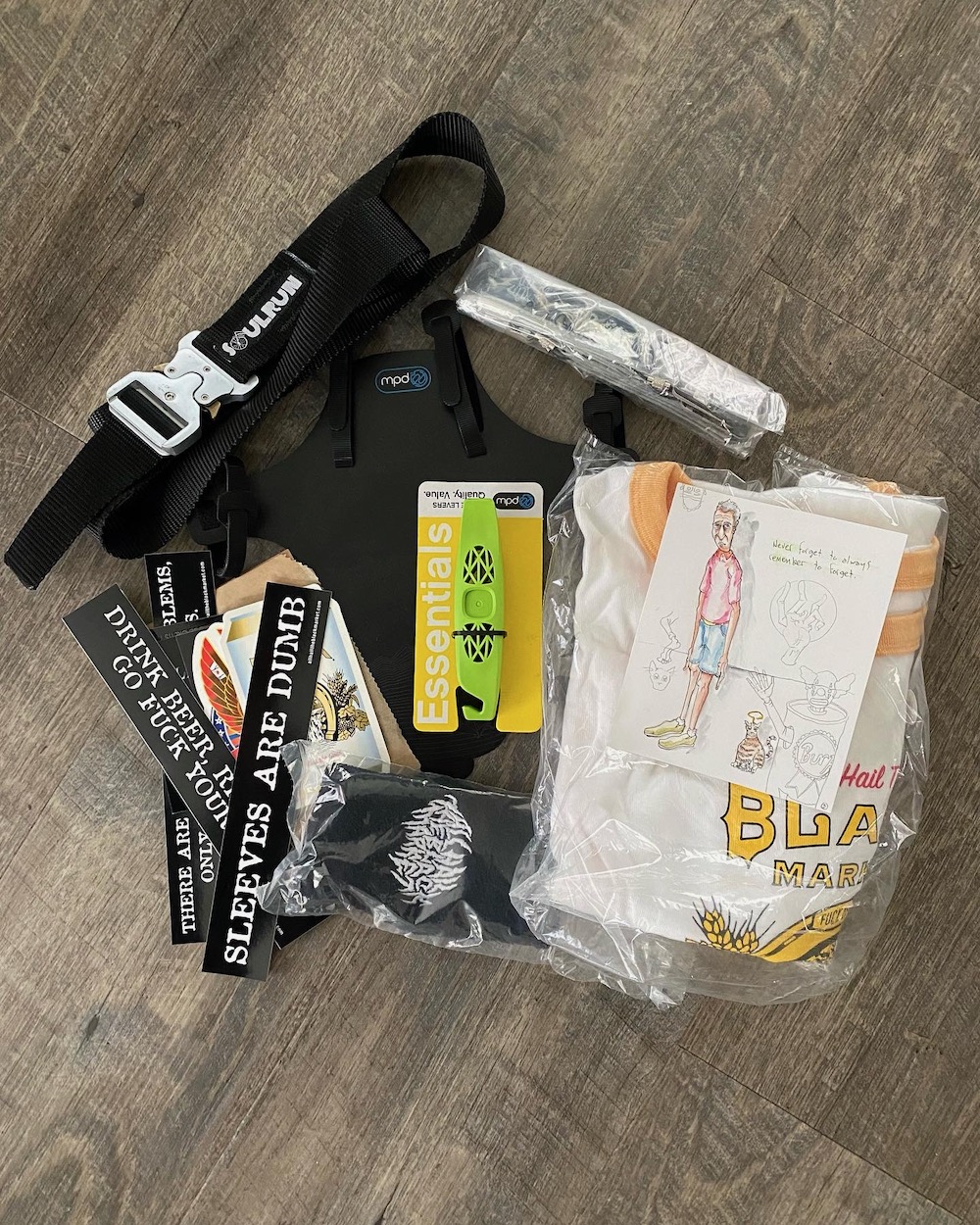 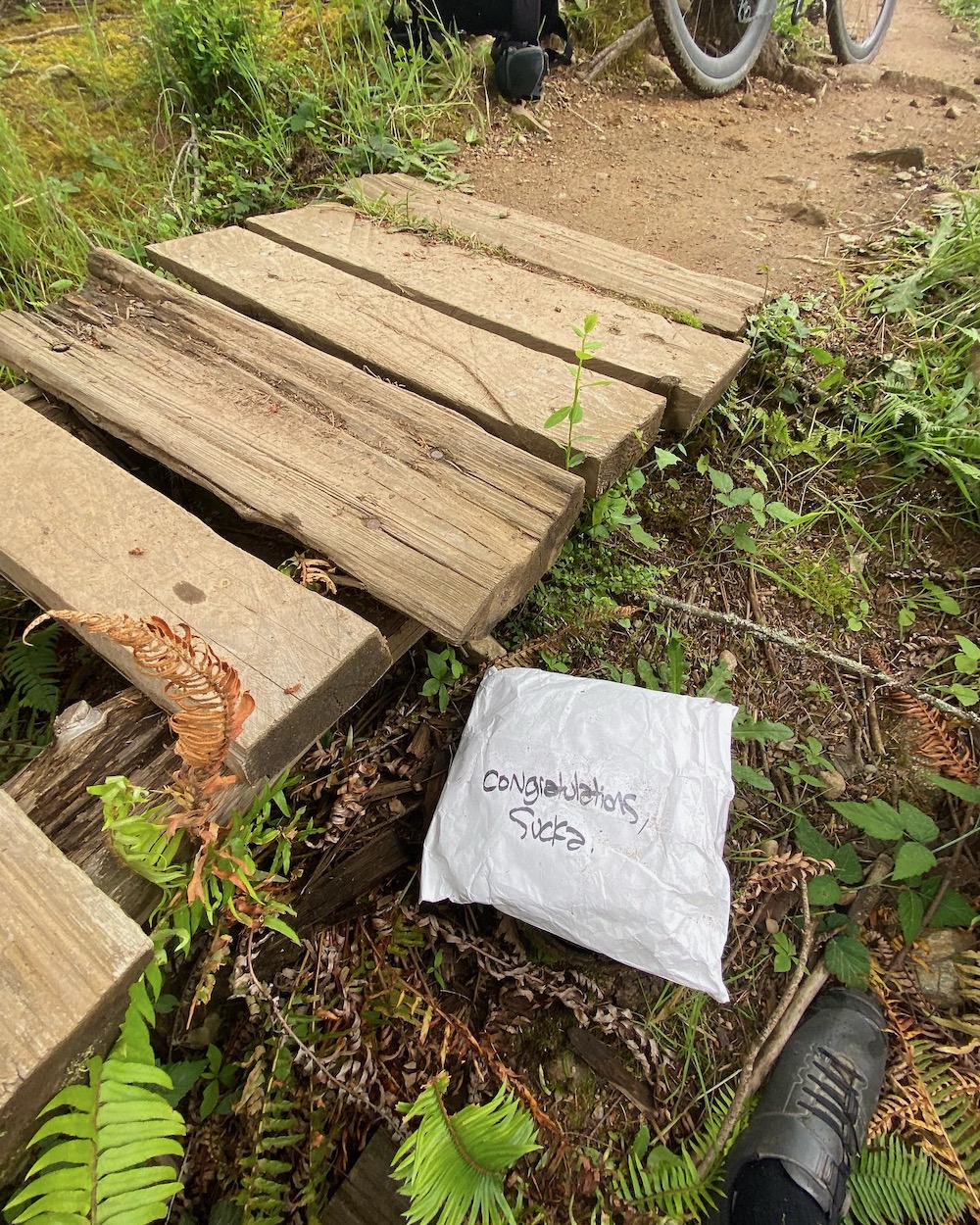 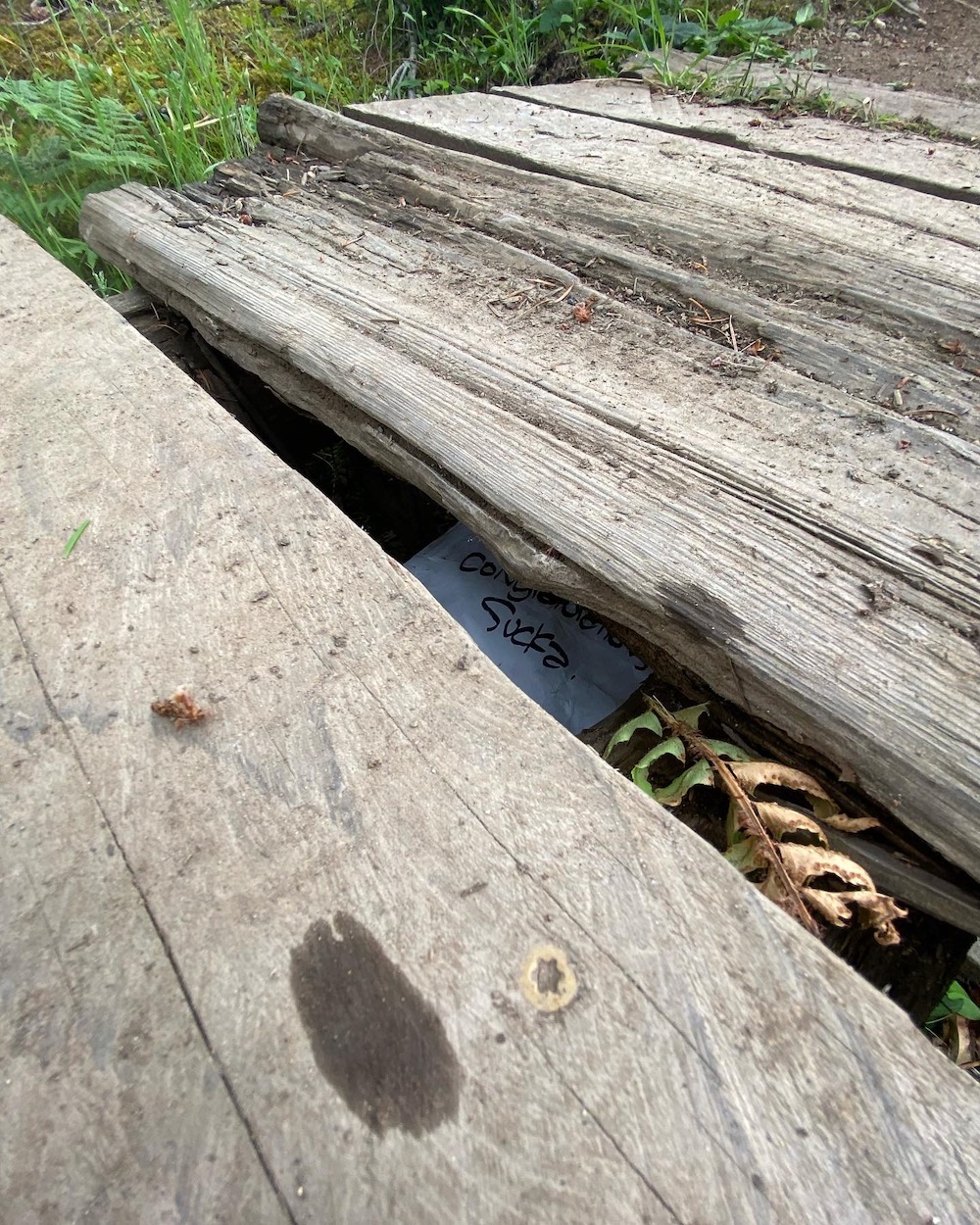 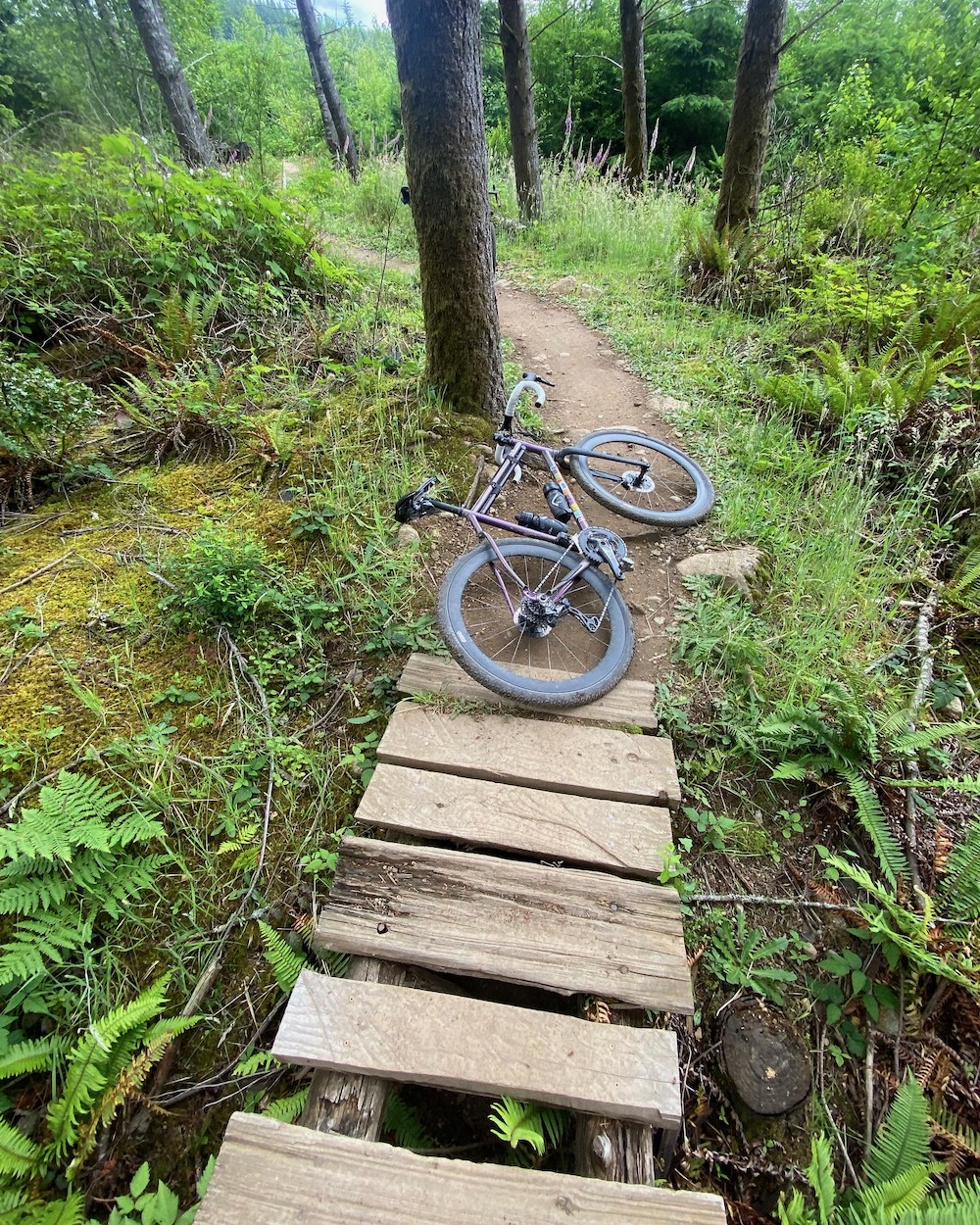 I’d also like to give thanks to PDW and Soulrun for spiffing me out with some additional goods.

I’ve done this a couple of times over the last year, but I hid them in pretty obvious places, and they got found pretty quickly. I need to remember that just because it’s stuff that’s new to me, doesn’t mean it’s new to people who’ve lived here for a long time. So while out on a long and meandering drop bar ride with Donkelope Greg on Sunday, I finally found a spot that is neither too obscure, nor is it too obvious. A hint is that it’s close there where a person named Kevin rests. Do with that what you will.

If it’s not found within the week, I’ll go grab it, and try it again somewhere else.

In the world of the dusty old AHTBM mail bag, a few weeks ago James sent on an article that I think folks ’round here might quite enjoy;

This showed up in my eclectic news feed & when I read this bit, I thought you might be interested:

“She bought a compass and maps of Europe, the Middle East, and Asia; changed her bike from three speeds to a single speed in hopes of avoiding mechanical problems, and studied the history of the places she planned to visit.” 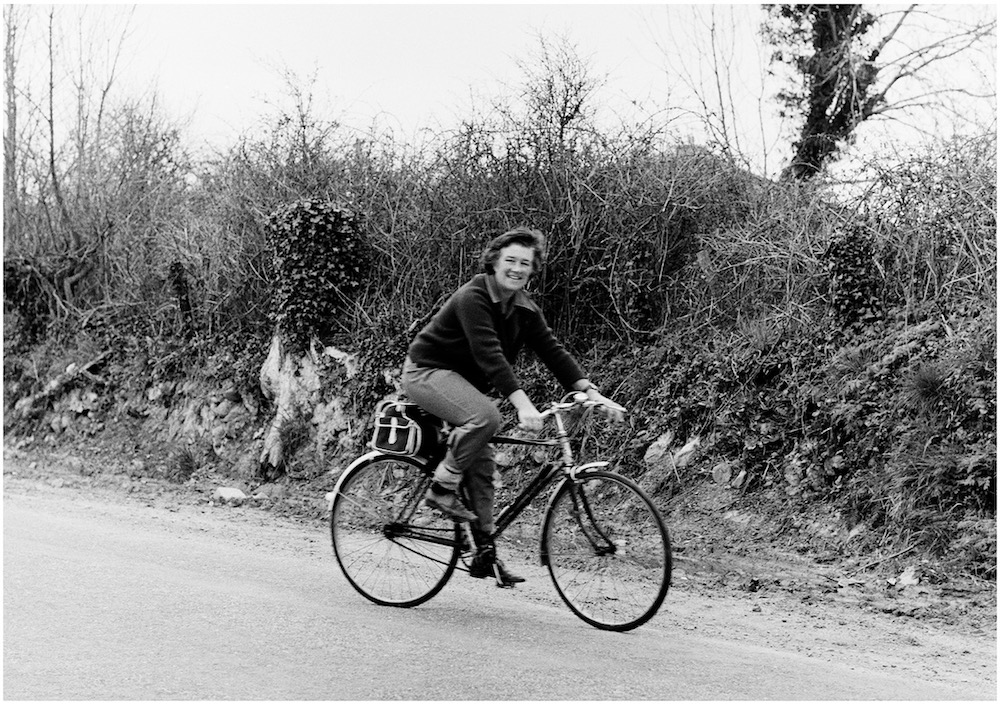 Had you two met, I think you two would have gotten on rather well.

Have a fabulous weekend & all the best for Sunday’s event.

Firstly, but because I can’t remember which event happened on Sunday, or which Sunday he was referencing, I assume that because I’m still alive, it was a success.

Secondly, I do quite enjoy little obscure historical tales such as this, and I agree that I think had Dervla and I ever met, we likely would have been friends.

Finally in closing, as I have regularly done the last few weeks, I’d like to turn your attention to the very newest edition of Revolting; 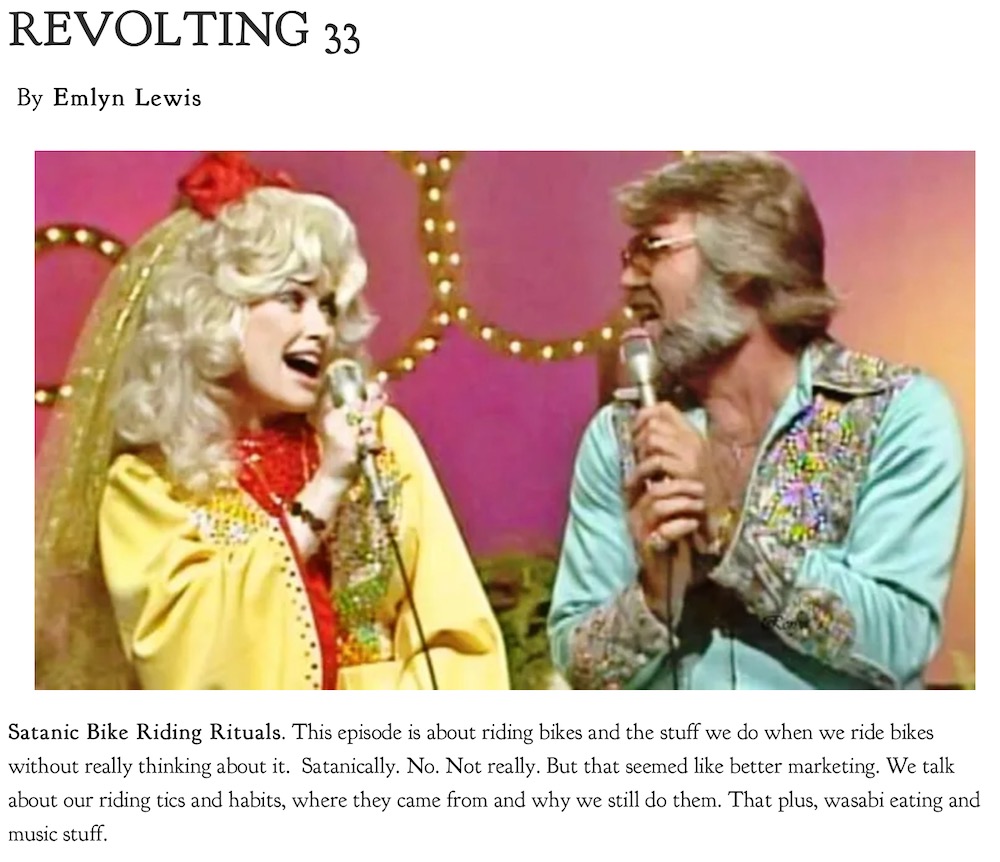 The other night I hung out with my folks and together we listened to last week’s ’70s dads episode, and I’ll tell you what. Nothing like learning how many bad words you use in a single hour than listening to an episode of your increasingly popular podcast with your parents.

Also, it’s come to my attention that my monthly feature on the aforementioned website (formally ‘Messages From A Bottle’) has returned under the title ‘Ask Stevil’; 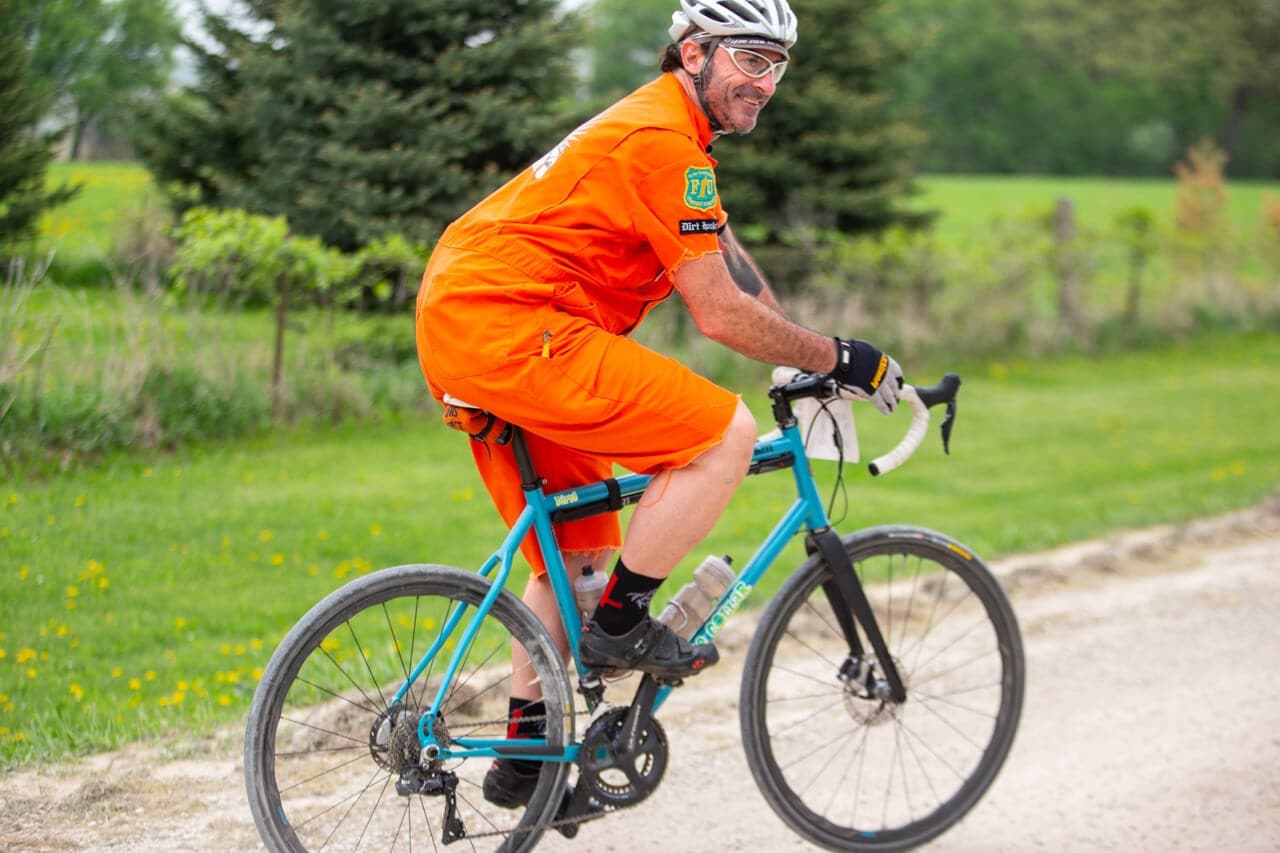 So there you go. With all that extra effort today, today’s post might be late, but it didn’t result in a visit to the ER, as as that always means, we’ve got a win.