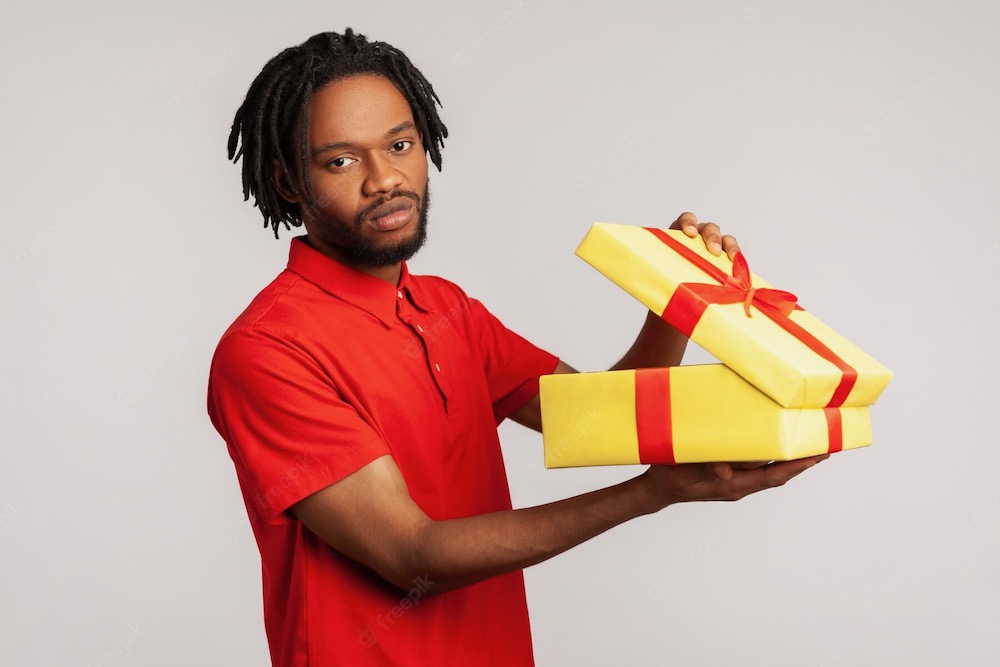 A couple of months ago just after the conclusion of this year’s Swamp Fest, I asked Cranpa from Rad Share if he could hook me up with a video compilation of all the good stuff that happened there, to which I believe he said no problem.

Well, long story shorter, he didn’t, but I was able to find a sampling on my own, and before you even hit play, please let me just say you’re welcome;

This is like the Skatopia parties, but kinda maybe gnarlier?

I don’t know… To be honest, I’m equally terrified of both.

And somewhat relating to that, would you like to hear a feel good story? A homie of mine named Christina (who you might know from part one and part two of her recent work on The Cycling Independent) came to town over the weekend to pick up her super badass new Donkelope dirt jumper. It’s been complete for a while but she was only now able to get to town to grab it. When casting her first gaze upon it, I snuck a candid photo depicting what I perceive as immediate and unfaltering love; 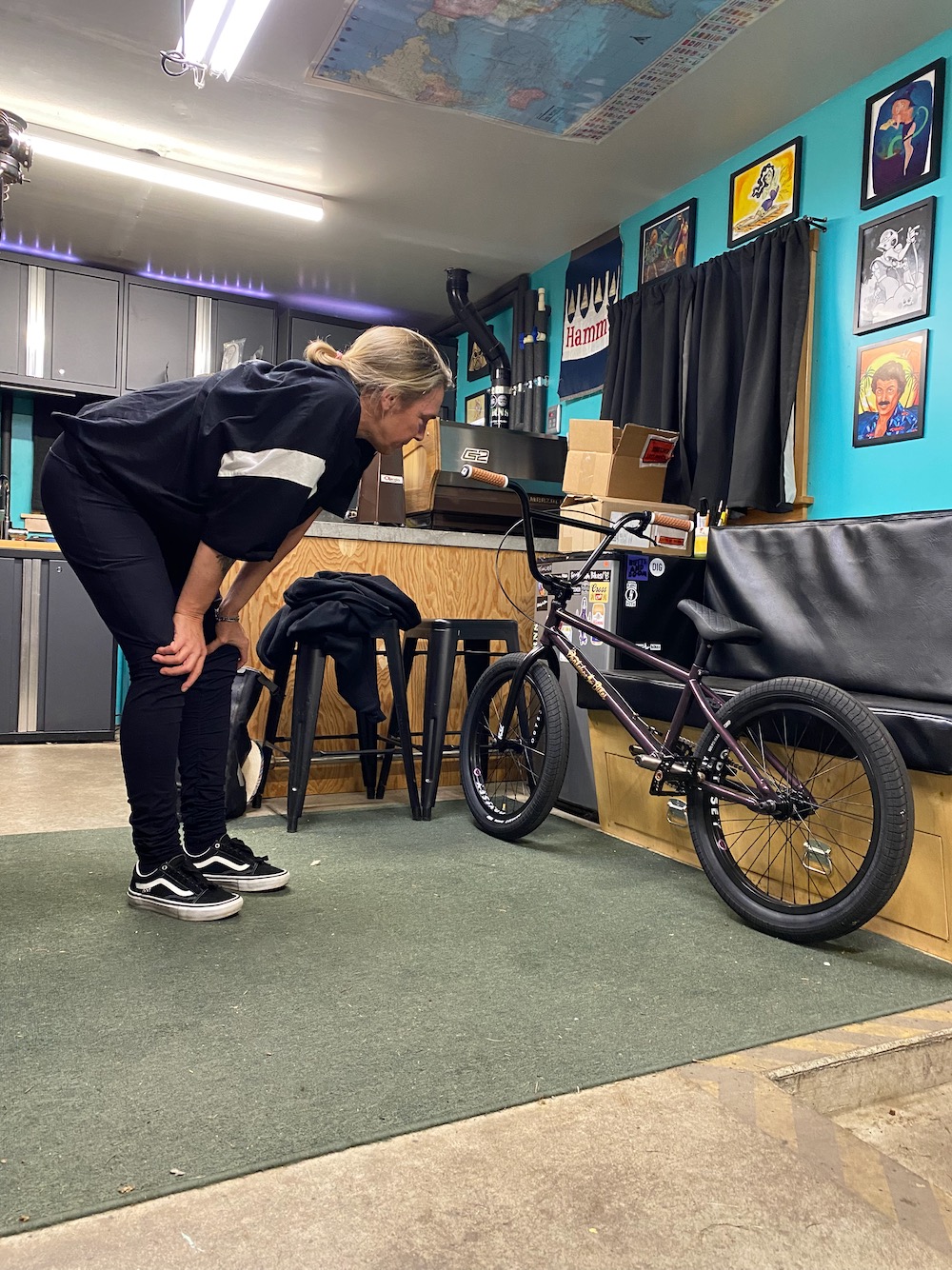 Well, before she returned home with her new pony, we cruised by the jump park for a few shakedown laps; 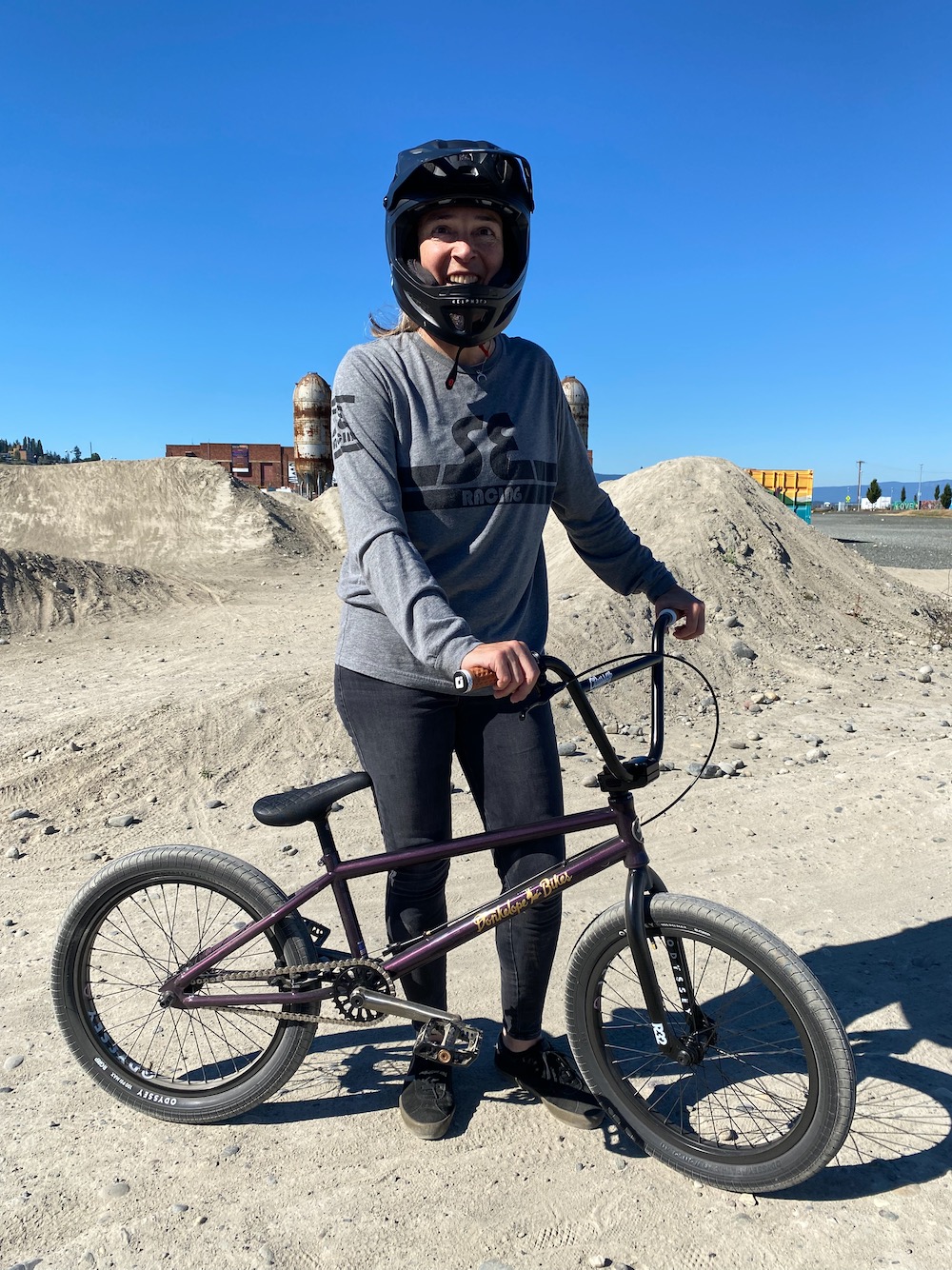 She said she’s headed to Whistler in a couple of weeks to take part in a women’s jump clinic, so I think I speak for all of us when I say we look forward to imminent photo dumps of super sick cross-ups, and/or kick-outs.

Or perhaps a Vic Murphy-style curbcut one footed table top as flat as a corpse’s EKG; 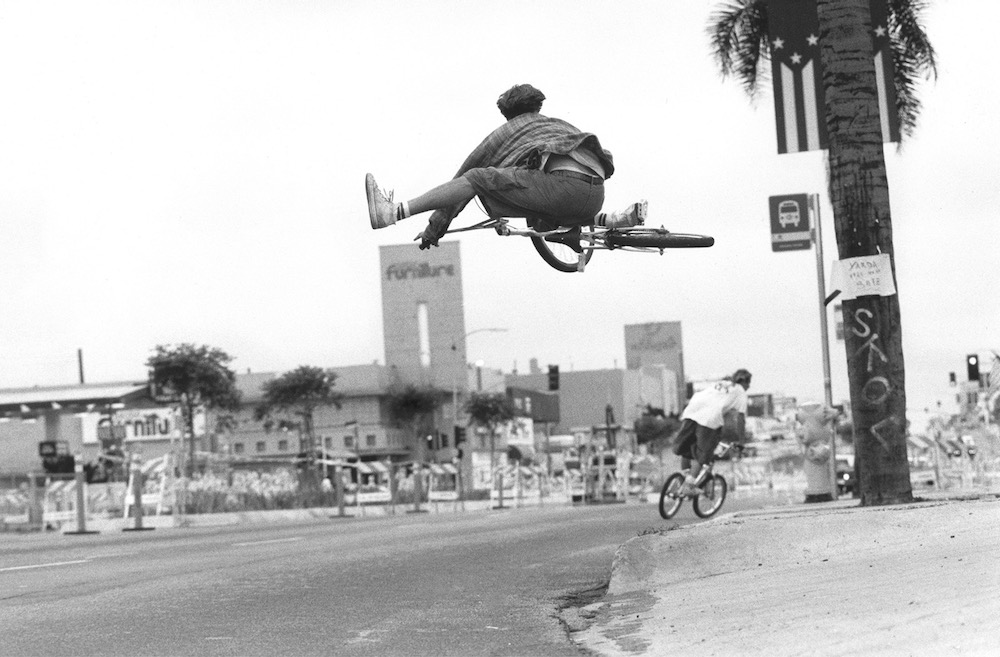 And speaking of which, I got a inside track on a visit at some neighborhood jumps by the Fast and Loose crew, and it was bananas; 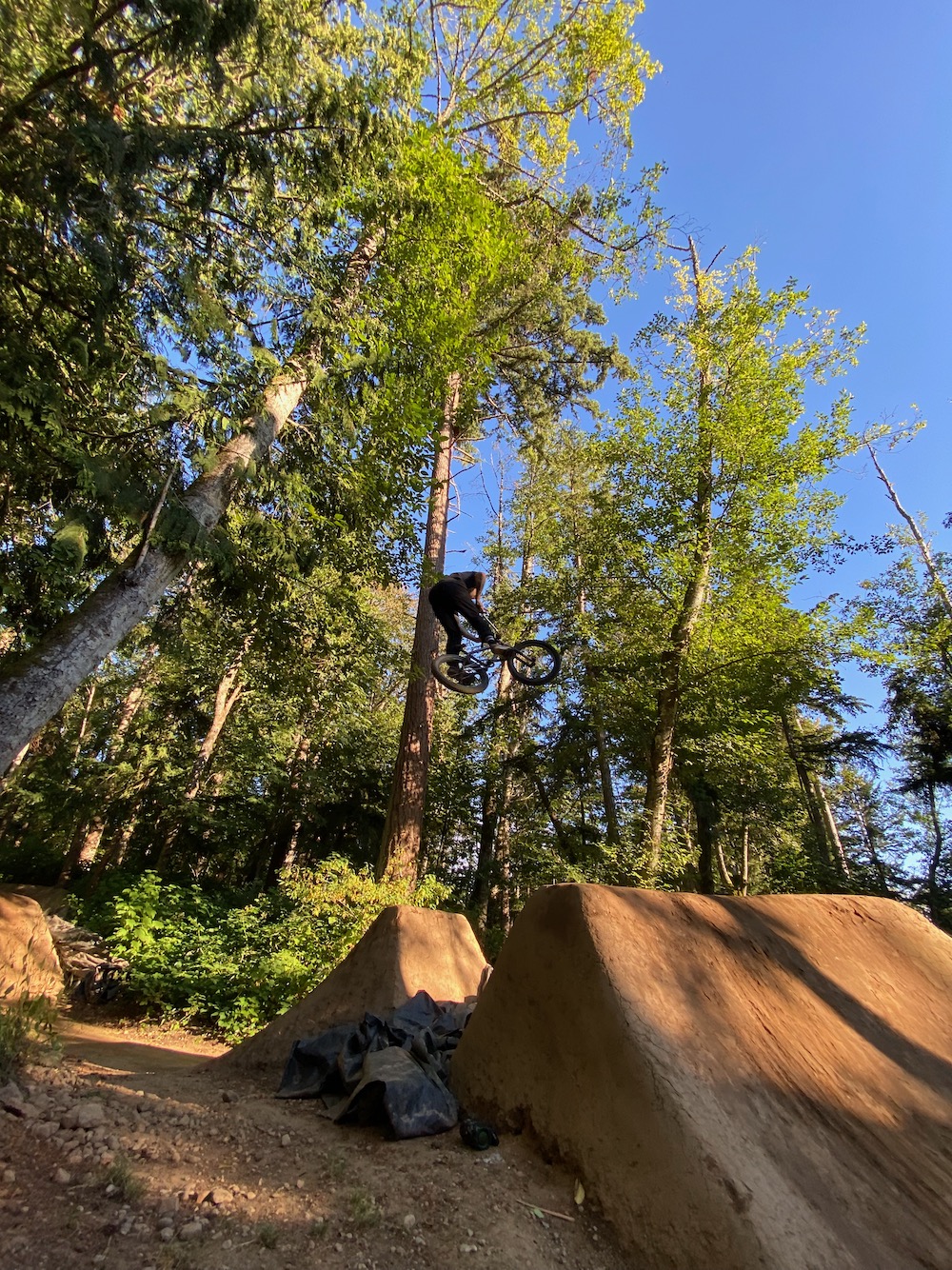 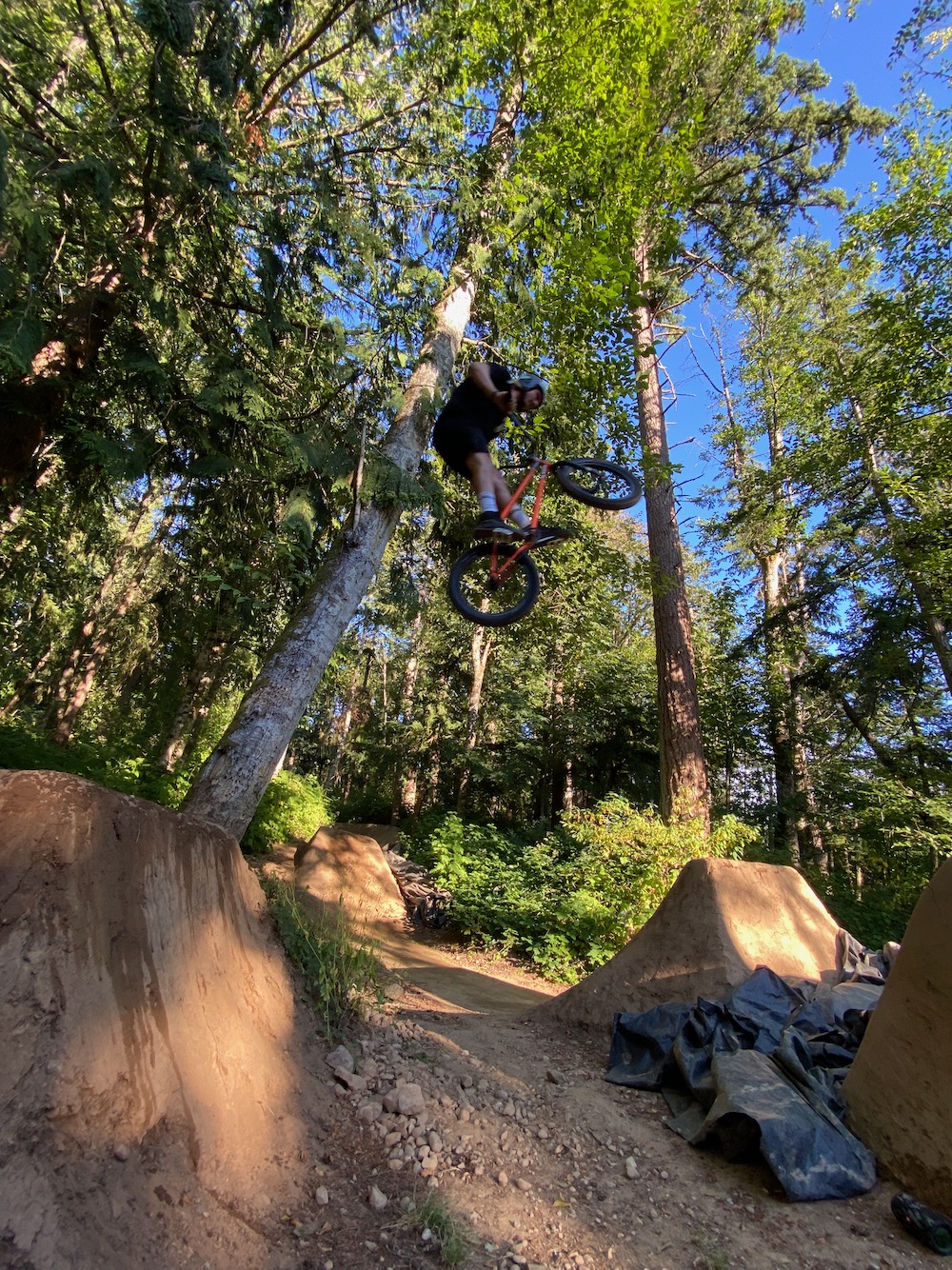 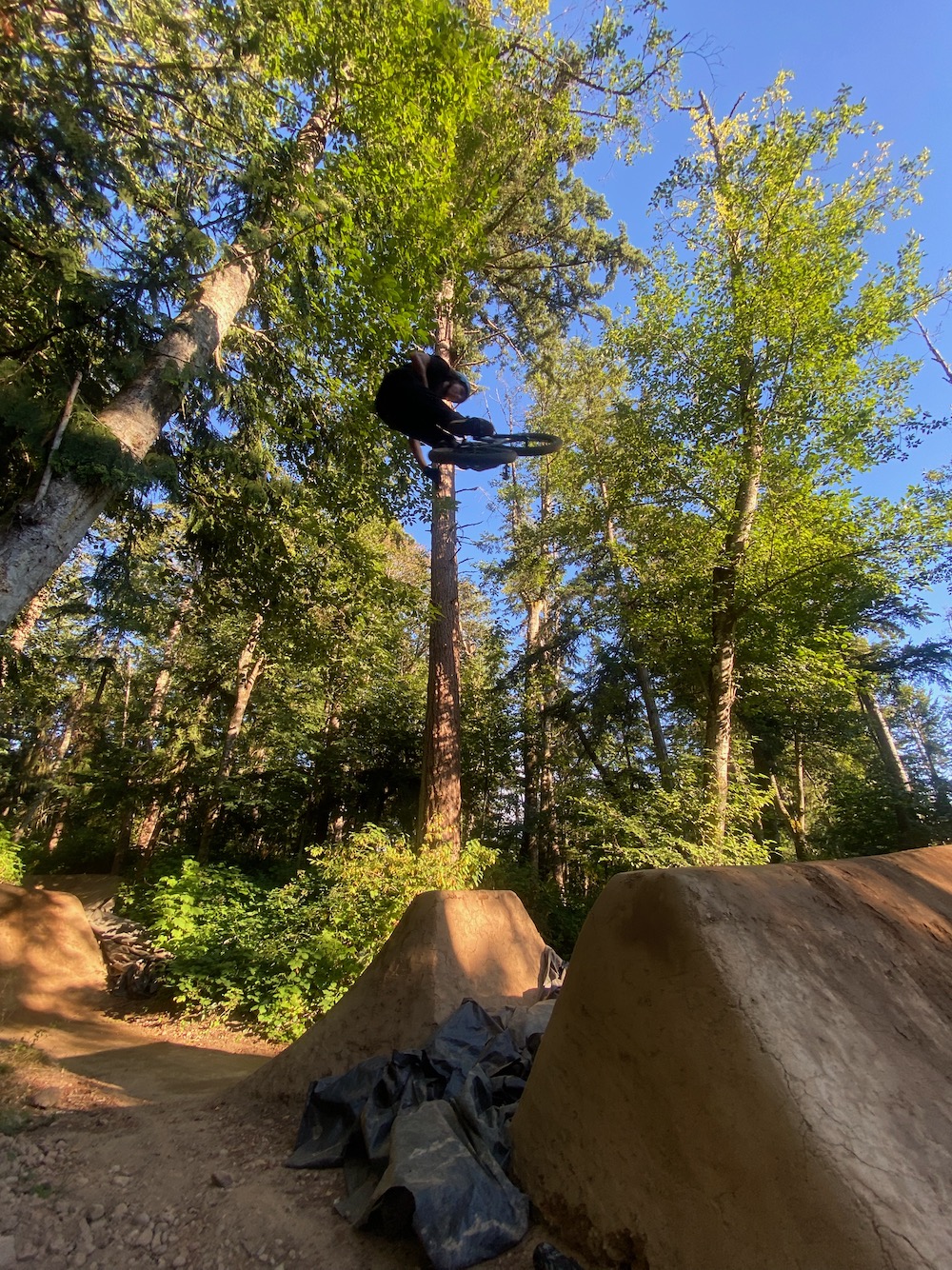 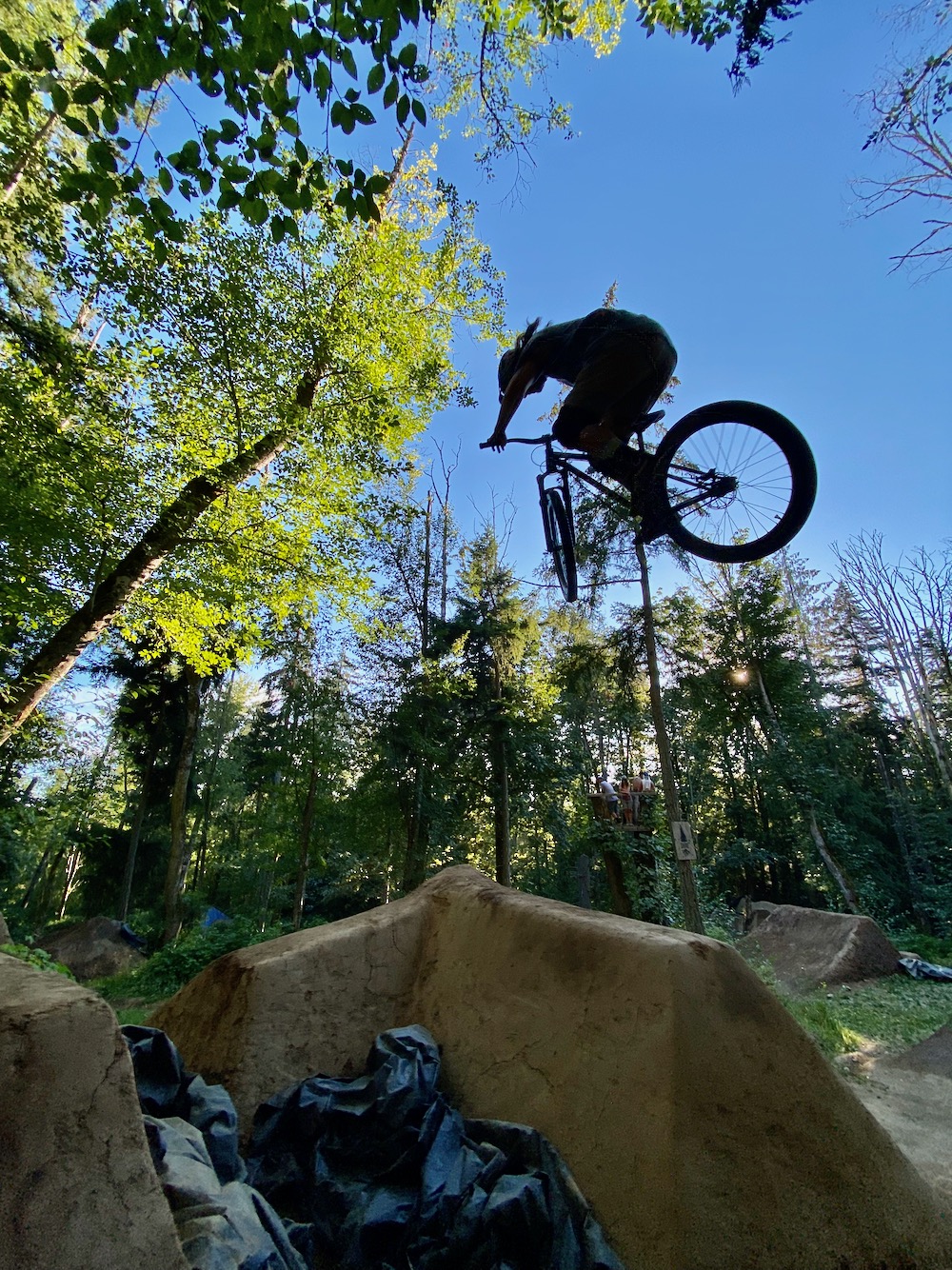 I was also there for the pizza; 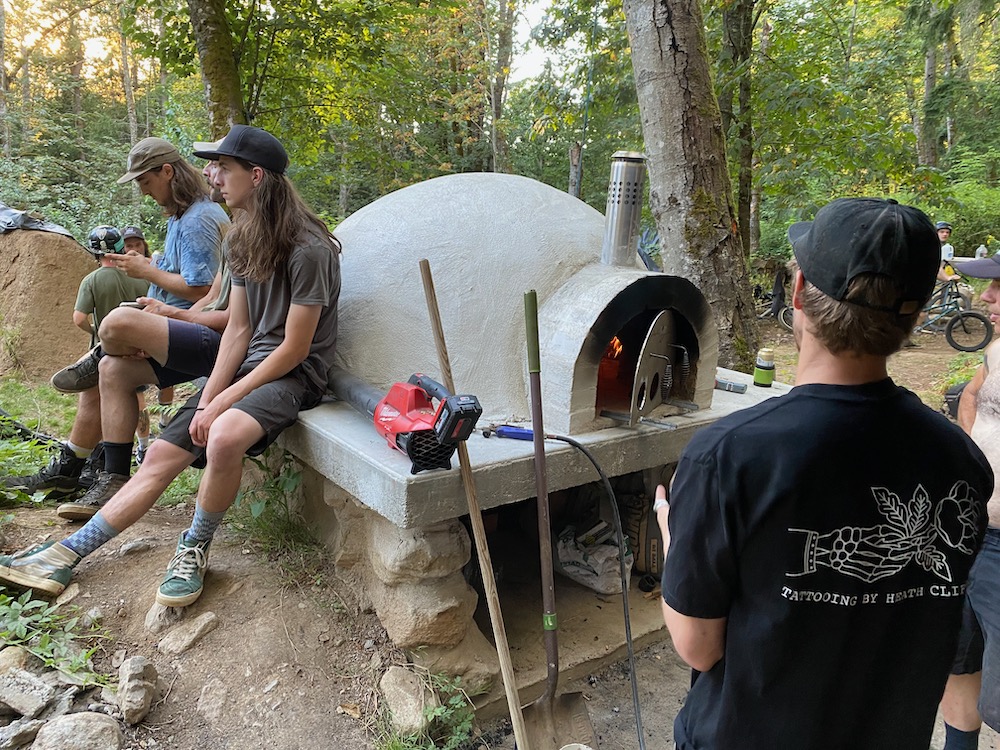 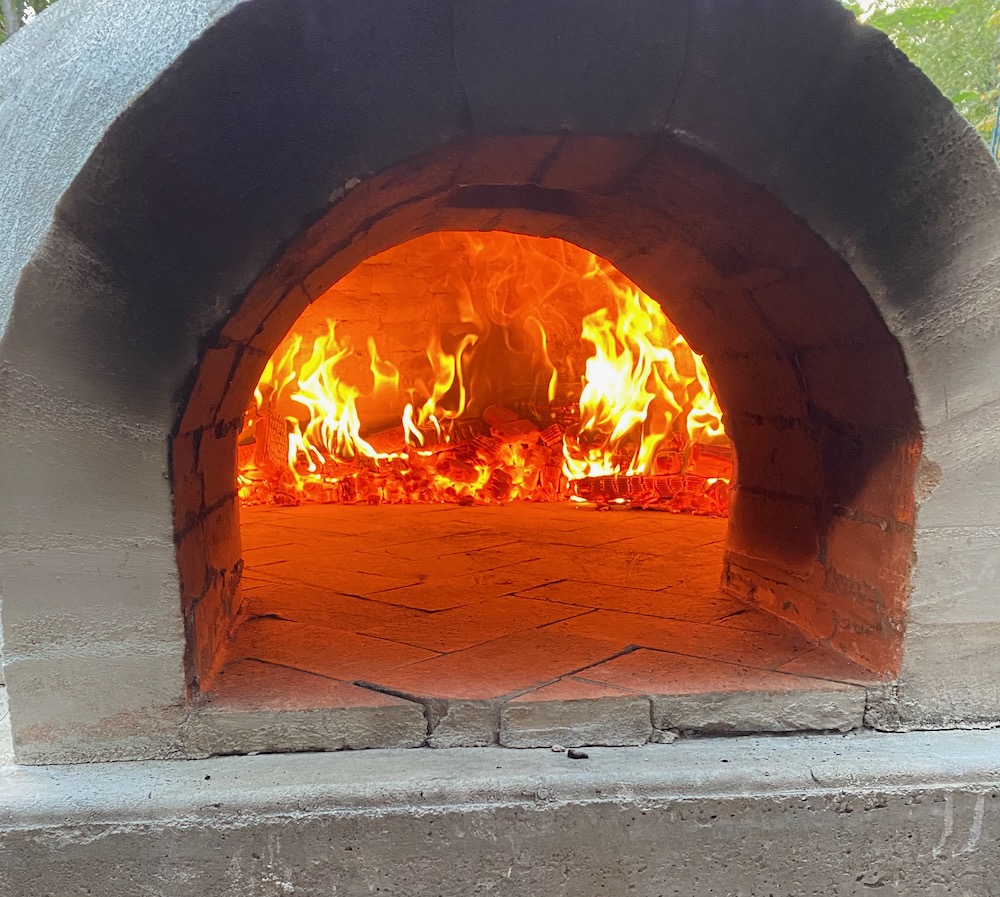 But damn man, I sure do with I could fly like that, but I’m generally afraid to ever being incapacitated on a sofa again.

I guess I’ll just have to continue to live vicariously while I hang out there and eat pies.

So, having brought up a bunch that is rad, do you know what’s not? Skin cancer is not rad, and as a further cautionary tale for folks to go in and get your shit checked, I will include a conclusion to this post, and my own saga.

I finally got a call from my hot dermatologist a couple of days ago and said the gigantor sample they excised from my right python was 100% cancer cell free. She noted that it was likely an excessive procedure, but that we were better to be safe than sorry, and not only could I not agree more, but I got a bad ass scar for my troubles; 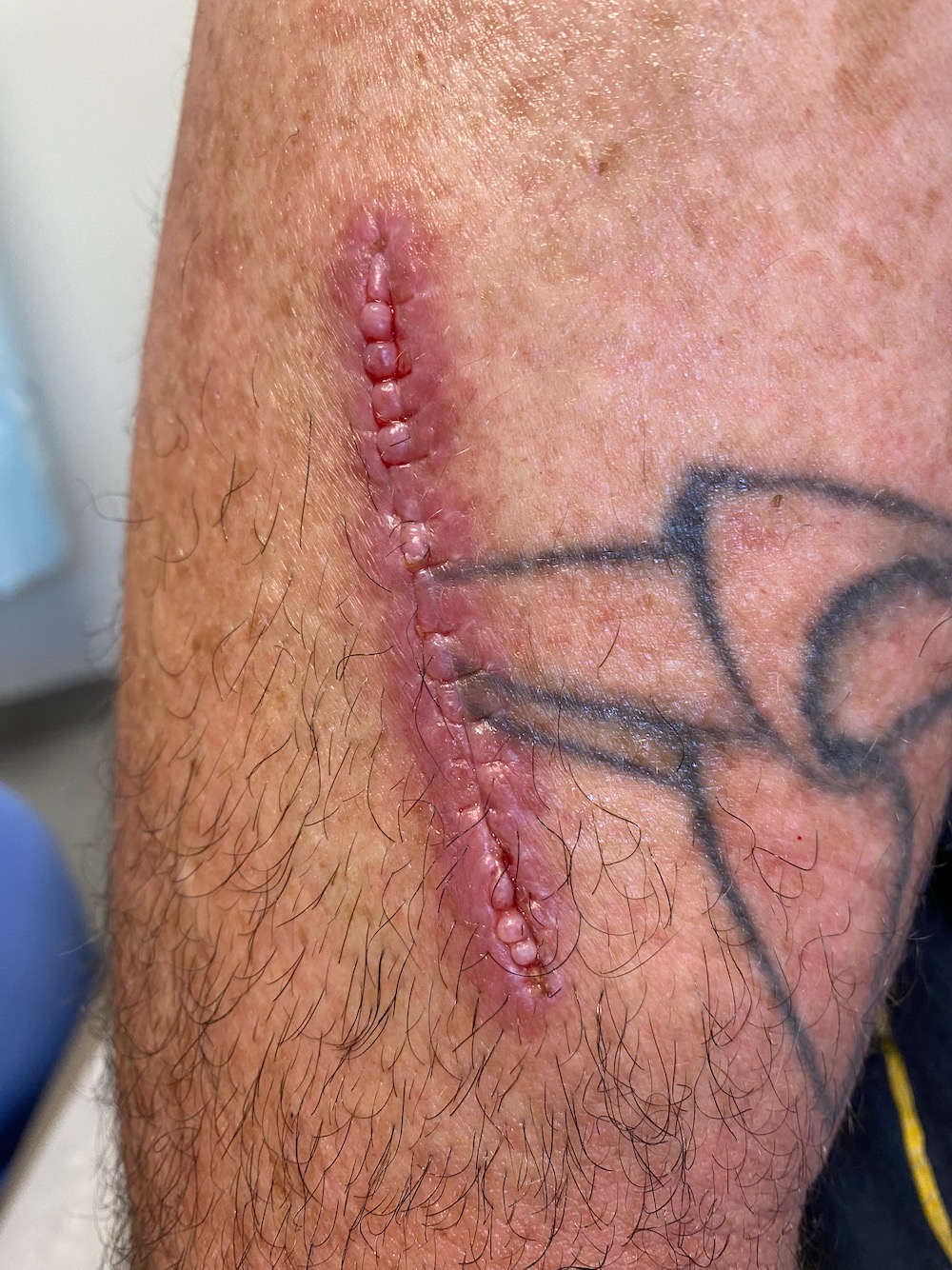 Because I think a scar across my cheek would make me look 100% more badass, I asked her, even though I know it goes against the hippocratic oath, if I could sweet talk her into putting something similar on my face, and without even a smidge of debate she said not unless there’s cancer there.

You can’t blame a guy for trying but you can also can bet I will be leaving a very strongly worded Yelp review.

Finally, in closing I would like to direct your attention to the very brand newest episode of Revolting; 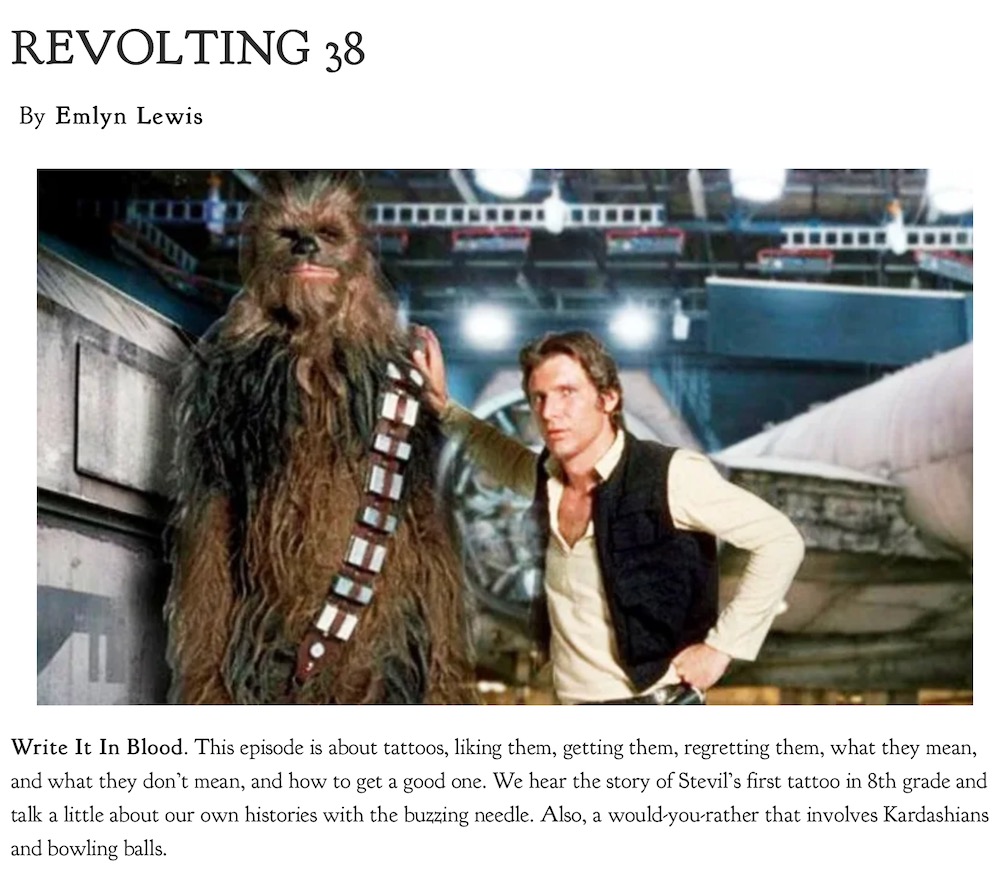 I’ll give you one guess which one is Robot, and which one is me, except I on the day we recorded, I was in a worse mood than Chewbacca.

You sure as shit didn’t ask, yet you received it anyway.

2 Responses to “Ask and you shall receive.”