I don’t really have much to present here today, so before we start to unwrap this mess, I’d like to discuss the above photo that was unearthed in the UCSC digital library collection.

Ahh, the golden era of bicycle bars that came complete with a dog and a cat.

I sure wish more places like this still existed in the world.

For now, at least we still have One On One Studio.

Not related to the lack of bike bars with fuzzy buddies is the following video which may or may not color your concience for the foreseeable future;

I don’t know either.

Now then, I’d like to relate a digital conversation I recently had with Ty Hathaway (one of the heads recently unceremoniously cut from Specialized’s brand ambassador program). I can’t remember specifics, but between me lamenting having to buy a new truck battery, and him having to close his shop Golden Saddle Cyclery, as we regularly do, we commiserated on our mutual love of little trucks. He’d mentioned that he had a 1/24 scale truck that he kept in his full size truck to play with whenever he was bored.

I’d mentioned I had my eye on the the FMS Max Smasher, but with that recent full sized truck battery purchase, I was gonna be out of luck for a while.

Long story short, he messaged me and told me to check my PO box on my way to coffee that day, and when I did, what did I find but my very own; 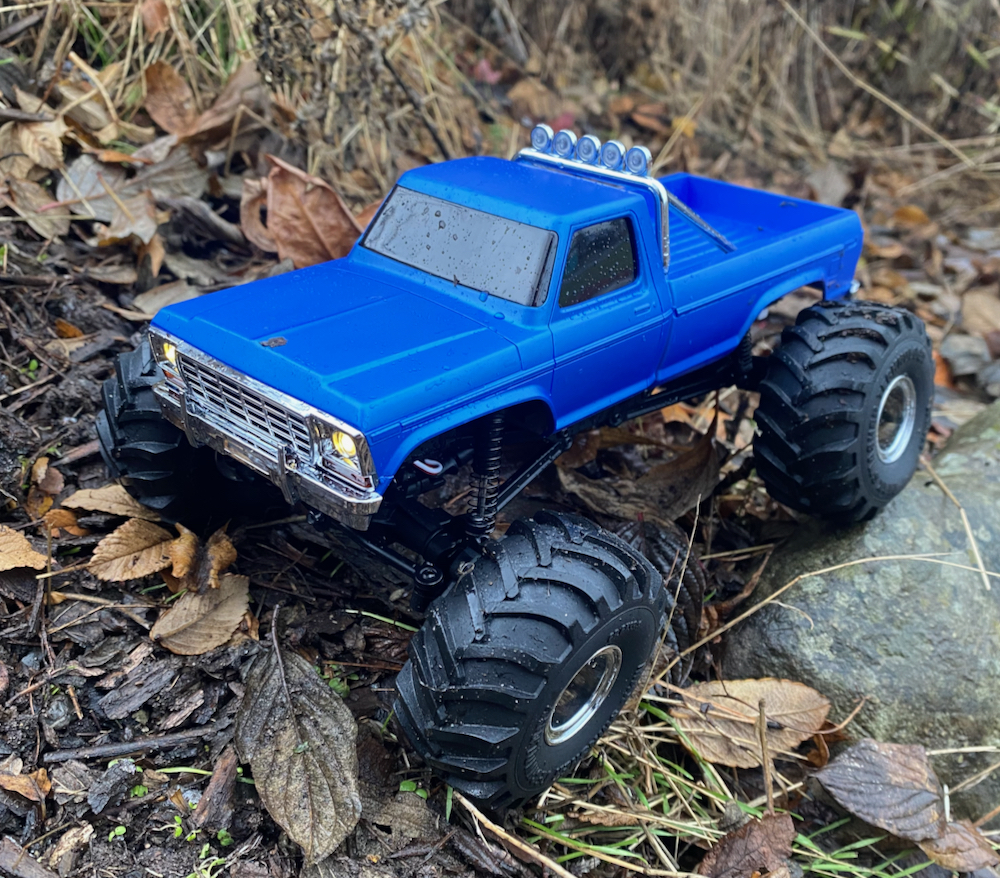 This of course is modeled after the original Bigfoot, but without official Ford/Bigfoot licensing rights, they had to make a few slight adjustments, and though it’s not related to any of Ford’s designs specifically, maybe most notably is the lack of air intakes;

Anyway, I charged the included USB battery, and before getting on with my day, went out for a little rip;

The thing was, it just looked too new for my tastes, so I took advantage of a rainy day, and not only went about customizing it to suit my personal aesthetics, but assembled a bunch of little coffee stir stick pallets to bounce out of the bed; 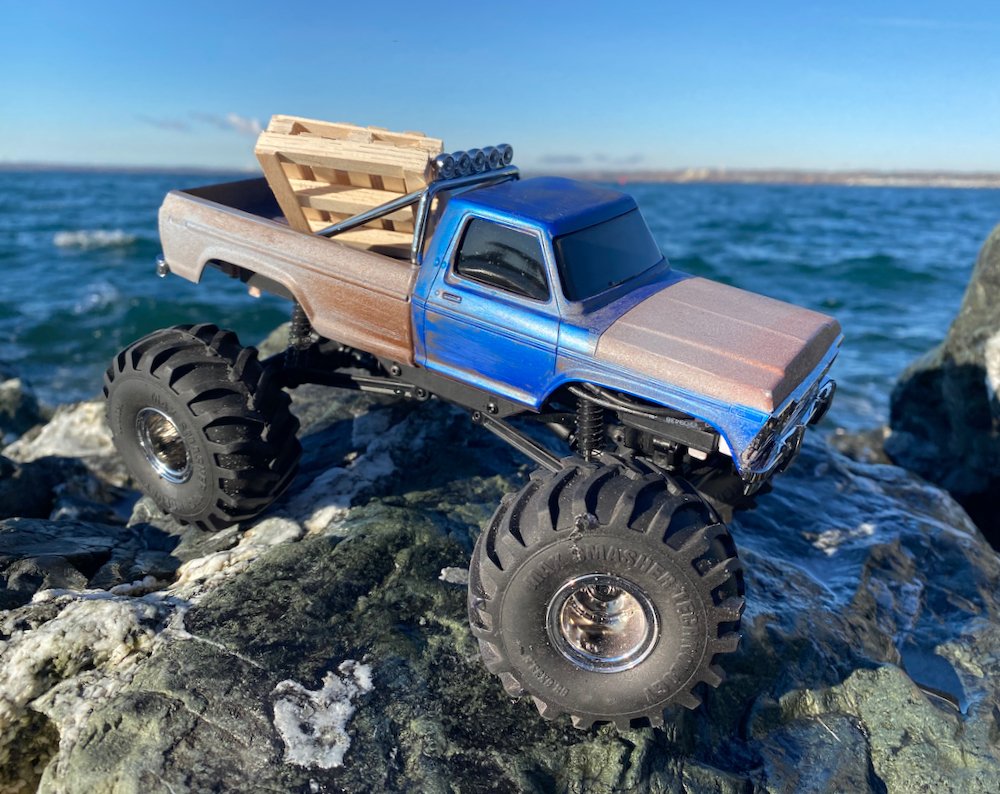 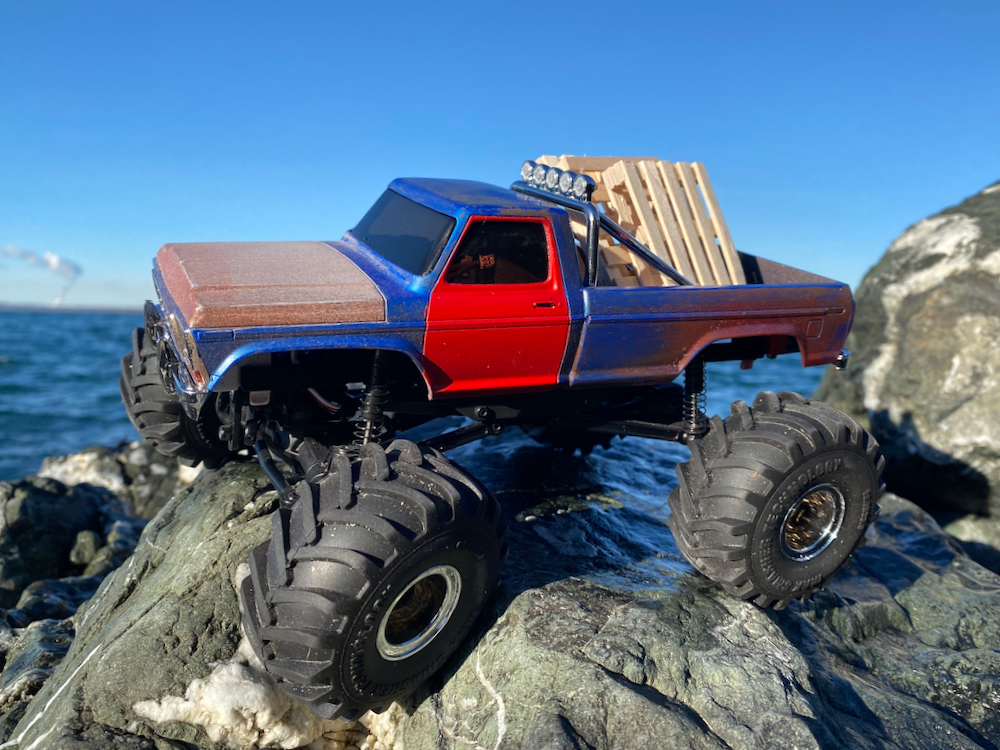 I have a little cooler en route, but if anybody’s handy with a sewing machine, and could make me a a tiny 1 1/2″X4″ sleeping bag or two, I’d be much appreciative.

Now, unrelated to that, I offer you today’s three minutes of zen from this past weekend’s Cyclocross Nationals in Hartford, Connecticut, though if the slow quiet piano music doesn’t work for you, I offer you the old trusty standby;

Now, in conclusion I’d like to direct your attention to the brand newest episode of Revolting; 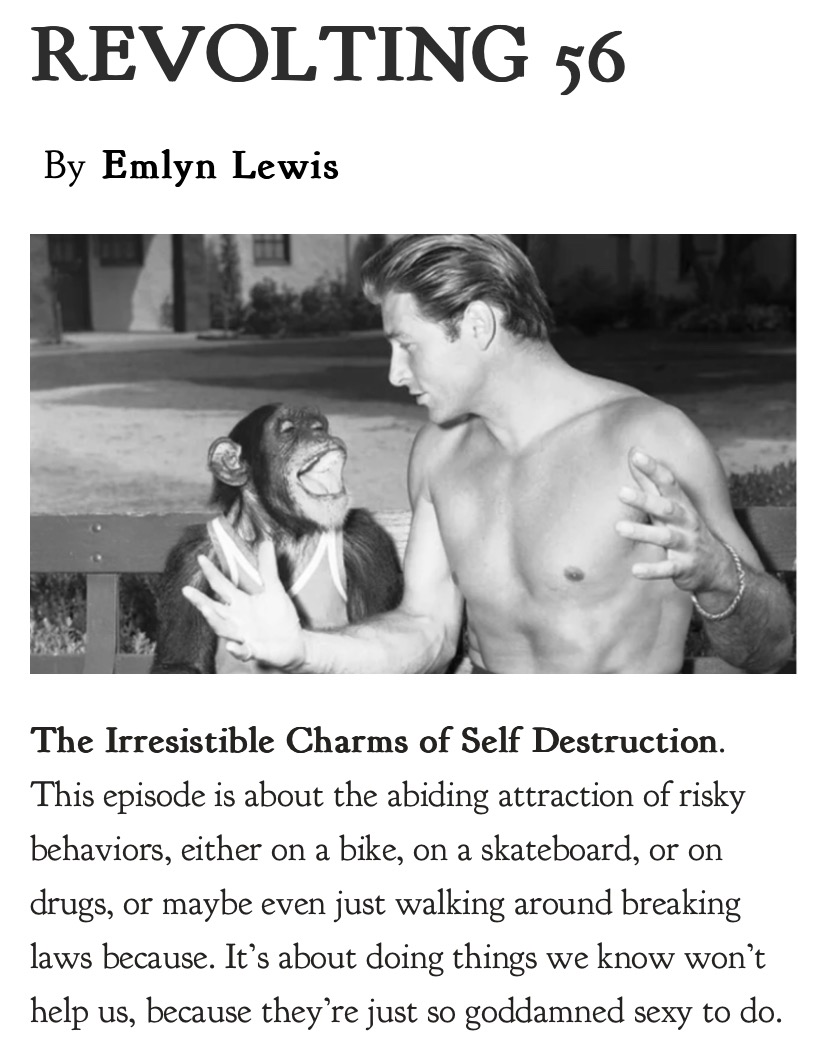 I’m pretty sure in the above depicted scenario, I’m the monkey.

And relating to the podcast, I’d like for folks to know that we’re also now sort of on Spotify I think? Or at least an episode is. 6 Responses to “A nice place to take a load off.”