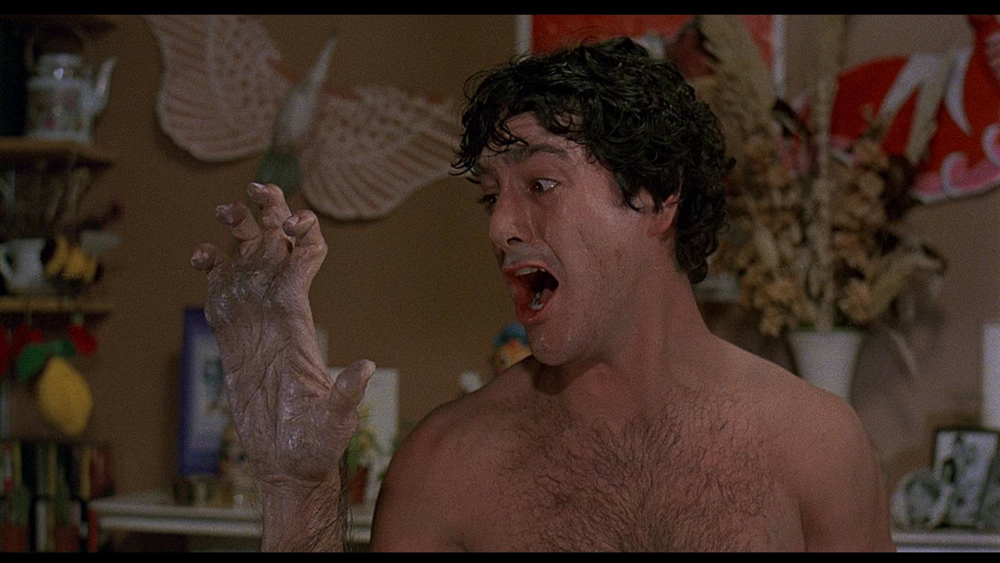 It’s been a long time since highschool…. but I’m still a dazzling looking young woman.

Which reminds me- The disaster in the desert known as Interbike is once again almost upon us, and though my last year’s plan of the‘Stevil and Skipper Hooters and Scooters Tour 2008′ never came to fruition, I also had another master plan which I might still be able to pull out of my hat this year. See, two years ago my dear friend Toshi clued me in on a place that’s in the business of turning men into woman.

They don’t touch the plumbing, mind you, save for a little duct tape perhaps, but the artists at the spot in question, pluck, tweeze and doll up a man into a lovely looking lady for a fairly nominal fee.

Personally, I feel that gazing upon me in drag would not be a lot unlike staring into the sun, but I can’t think of a better looking wing (wo)man than Toshi, so assuming he’s available, I might very well have a stunning compatriot along with me helping to spread the good word of our Black Market.

I’ll be sure to keep you posted.

Aside from Toshi, I plan on arriving armed with a fully tricked out resume, and perspective clientele incentive package.
I really don’t think I can “loose”.

As long as we’re on the topic of “loosing”, why don’t you take a look at The “Blog” of “Unnecessary” Quotation “Marks”? 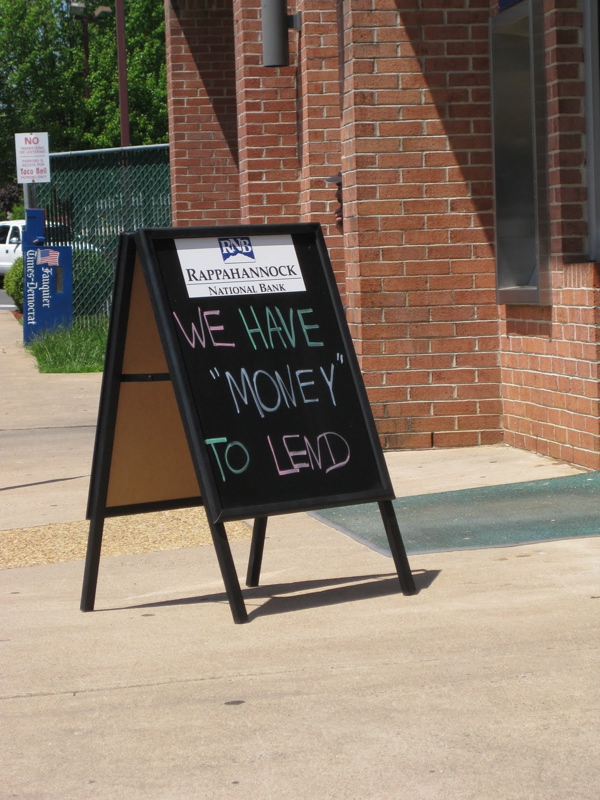 That kind of “money” might be exactly the “kind” I take with “me” to Vegas.

Here is a bit that Loudass sent on to me for my edification from The Mile High Mess, (formerly known as Eleventooth dot com); 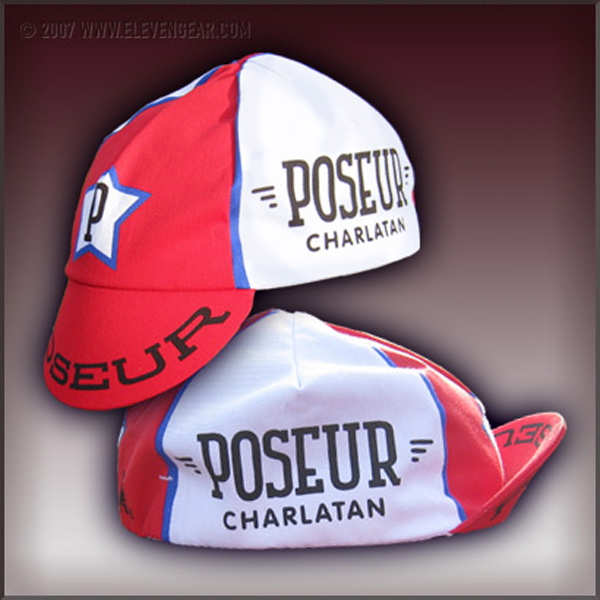 I suppose it doesn’t really matter what color flag you fly (hat you wear, political belief you subscribe to, etc.), as long as you fly it with conviction.

Of course here on AHTBM, doesn’t it just stand to reason that the flag I’ve always flown turns out to have an entirely different meaning?

Don’t hate me cause I’m a safe sex top…

Besides, there is plenty of stuff out there in the world that is more productive to pile your disdain on top of. If by some strange twist, you have actually run out of things to dislike, lucky for us Danny B. sent me this. 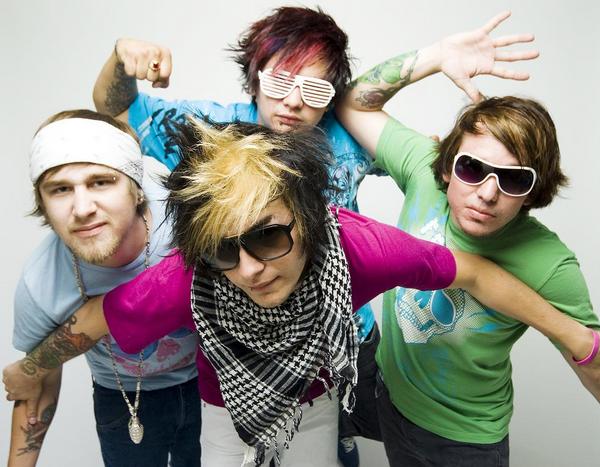 If you are one who hasn’t had the distinct pleasure of experiencing this particular “band” for yourself, who are not only the worst thing to happen to music since Tiny Tim, but have the honor of actually being at the top of the aforementioned website, then you are in for a treat. However reader be warned- The following video will make you want to dance, vomit, become incredibly offended and pissed off all at the same time;

Weird Al Yankovic has got absolutely nothing on Brokencyde.

It all just makes you wonder what the hell is wrong with the kids?
It’s an easy and natural transition to go from that, back over to not only a highly regarded and previously noted social commentator but the newest member in my club, The Mutual Admiration Society as well.

With regularity, you should visit my friend at I hate your fashion; 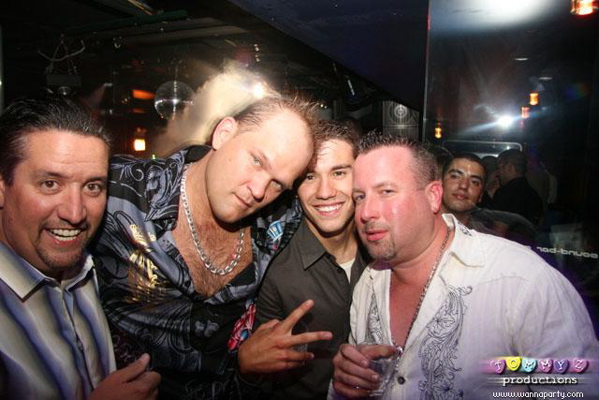 “Hey, I’ll see you guys at The Hard Rock Casino!”

I can smell their bitter scent of cologne, testosterone and self loathing from here.

Let’s get back to bikes and bike related whatnot for a second now, shall we?

As we all are well aware there is an ongoing debate pertaining to whether or not bikes need brakes, function over fashion, and so on. I’ve decided that in this following clip that Nat Dog forwarded, it pretty much momentarily puts the whole debate to rest.

If you need them you do, but if you are Chris Akrigg, you most obviously do not;

Chris not only has undeniable skills, but I’d go so far as to say he’s got skills.

As you can well imagine the mail bag has been sorely neglected these last few weeks.. I’ve sat and looked at emails that came in and regardless of how badly I wanted to spread their word, I obviously had no venue until now, so without anymore hesitation, let us get to some of the gems.

First up we have one from Metal B;
“Title: Woman getting married to fairground ride
It’s no video, but holy shit is it worth the read.
Gay marriage? No way. Roller coaster marriage? Go for it…
Go U.S. and A!
Hope to see you at the sscxwc again this year
cheers,
metal b”

That is absolutely brilliant. I told someone recently about this article and I don’t think they believed me.
Well today’s post should fix their wagons, and as far as his parting wishes, I too hope to see me at his year’s SSCXWC, cause god knows there won’t be enough races in the interim in which I’ll get my ass handed to me.

The one known as Budzilla of course already has his training schedule on point as indicated by this short and sweet correspondence;

The competition is getting tight.

What would the first posts on AHTBM be without at least one photobomb? Fortunately Eric’s got my back, and sent on a goo dun’;

“Hey Stevil,
Just saw the attached pic over on the Goat Blog and thought you might enjoy it. 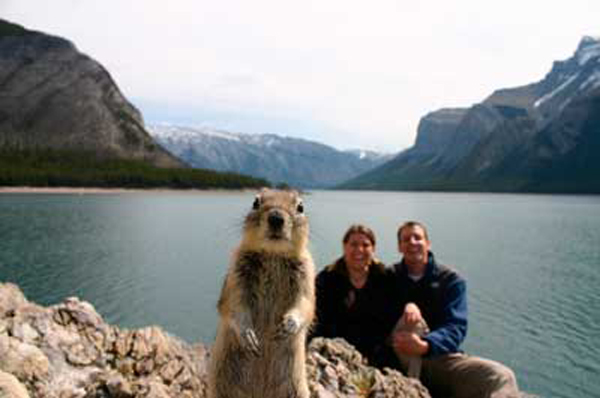 Why of course I love it. I think you all know me well enough to be aware of what specifically makes me tick, and call me a simple man if you must, but a good photobomb always sets my heart a’soaring, and as far as that goes, if you are like me, you might want to spend a little time over at This is Photobomb(dot)com.

..But then what should I find, but that this image is a fraud? 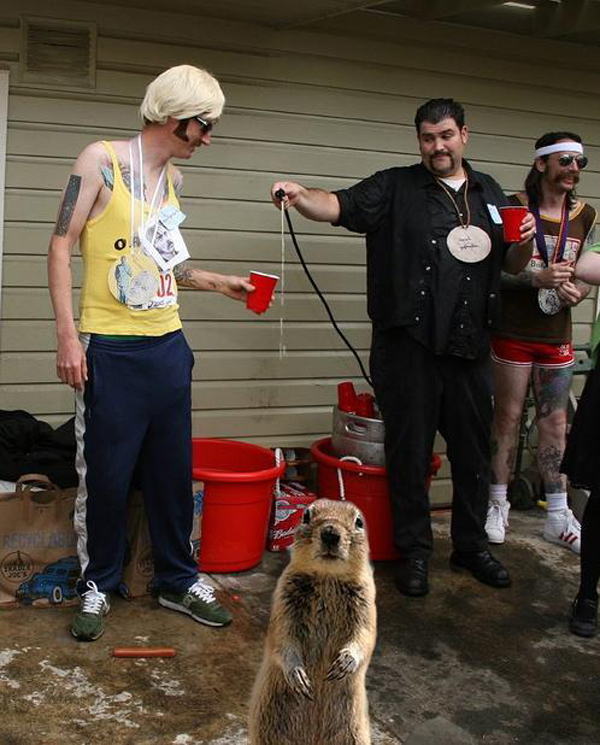 Then again. Maybe it’s not a fraud. Maybe the little fella just gets around.

From my dear friend Sean Hurl, Amigo 4, I got this little bit of insight;

“I’ve been told that if you don’t pull the goat head out of your tire the air will leak out slowly.” 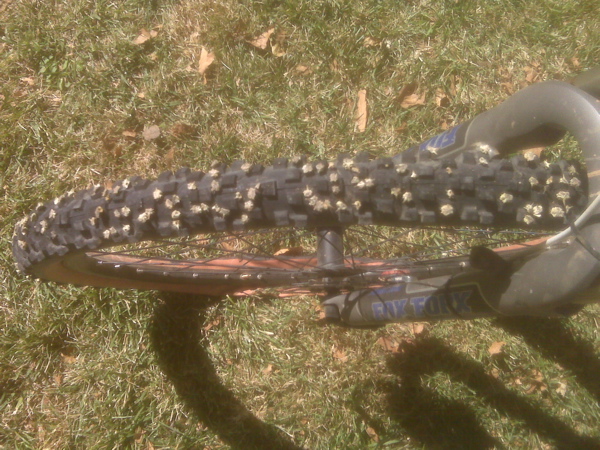 I am blessed not to live in a region where one experiences such things, because as it stands, I attract flats like moths to a flame. I’m glad to see one of my Amigos taking one for the team.

Finally from DPow!, we get an update on a friend’s current profession of circus performer;

Re: Jessee LaLonde has a new nickname.

I’m just going to go ahead and say it. Best rider I know. He is henceforth known as “Thrill Show”.”

Yeah, thats alright, though I would much prefer for this to be done while the structure is on fire.

before I go, I gotta say thank you to Peter from Cog Magazine for letting me steal his photo for this week’s header shot.
A sharp eye that guy has.

14 Responses to “I’ve gone through some changes…”