Right outta the gate we’ll get into an email from Jeff concerning an incident he recently experienced on the way to work;

“Hey Stevil,
I woke up Monday morning thoroughly satisfied from the past weekend (ArcrankSF & cross racing) and was looking forward to the upcoming back to back racing this weekend in Watsonville.
Half way thru my morning commute I navigated the nasty section of Powell St. in Emeryville which is about 10 lanes of traffic and safely found my way onto the Bay Trail where I was spinning along thinking about coffee when…..a motorist traveling the wrong way out of a parking lot blind sided me. Bike into front quarter panel, I get ejected over the hood, tuck and roll onto the pavement and amazingly enough I didn’t break a single bone! I picked myself off the ground, turn down the ambulance, and waited for a friend to take me to the ER.
But seriously – I’m really lucky cuz this could’ve been a lot worse. If you saw me now (3 days later) you wouldn’t know that I was at the business end of a Honda Accord Monday morning.
I picked up the police report today, and the driver is totally at fault – guess I’ll finally upgrade to 10 speed.
word,
Jeff
PS – The top tube of my bike is crumpled so I’ll send pics of the new road bike when it’s done.”
As I told Jeff, I’m mainly happy that he emerged unscathed, but it’s nice to hear that the blame wasn’t somehow pinned on him, as is so often the result.
I think I may have also mentioned that once that check comes through that he should spend some dough on AHTBM merch. Even though he’s the one who got hit, I don’t see why I can’t benefit from it.
Griff-dog the garbage man indirectly got the following clip into my hands, and I am wholey thankful that he did. Lance Mountain has been ripping like this for nearly 30 years.. Maybe even more.
This video sums up just why he has always been one of my very favorite skateboarders;
(update- Obviously the clip got yanked. That is sad. Musta been the devil’s fault.)

The other reason is that he has the eyebrows of a man you can trust; 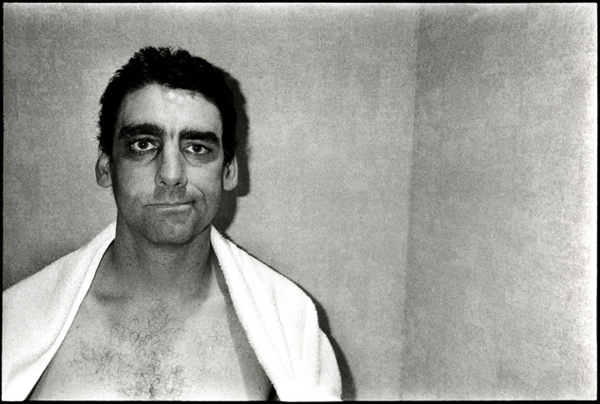 It’s occurred to me recently that I don’t think we’ve had a Friday Hero since I launched this thing. Maybe we have, but then again, I take alot of drugs and it sometimes has an adverse effect on things like my .. Um. What’s it called? The thing that retains thoughts and ideas for you?.. Ah.. my memory..
Yeah, so I know we at least haven’t had one in a little while, so now is as good a day for a new one as any;
Welcome, Lan Yin Tsai, to the hallowed annals of Friday Herodom.

That right there is a tough broad.
Speaking of which, Loudass has some thoughts on just such a woman;
“Since you’re making Bea Arthur the latest “it” thing after bacon, unicorns and Danzig, you might as well start with this.”

That little side announcement on the piece is correct. While searching for images of Bea the other day, I was struck by the number of portraits that had been done of her, sans top. Every movement needs their muse after all, and I don’t see why Bea couldn’t fit that bill.
After seeing this duet with Bea and Rock Hudson, you just begin to realize how punk the old girl is;

No sooner did I hit ‘paste’ on that clip did Rocky email me with this bit from Cycling News.
“I got got really drunk and cocaine ended up in my nose” flies just about as well as “I was walking naked down the stairs, fell, and my cell phone ended up in my ass”.
Ask anyone who you know who works in an ER. That is just about the oldest excuse in the book.
Not that this next bit has anything to do with that, but Newt took a minute out of his day of being a handsome superstar to let me know what’s what in the realm of cyclocross style bicycle athletic endeavors in and around Chicago;
“Sir Stevil
The Chicago CX scene has been F’n amazing. As you can clearly see in the pic and link… Good times.

Wish you were in town to Do it in the Dirt
I’ll try a hand-down this weekend as I race as a Zombie Drag Queen
oh…
AHTBM has been kick ass !!”
That doesn’t look like people take cyclocross style athletic endeavors very seriously in Chicago.
I’d also like to point out that Newt has spent and continues to spend season after season as a super honch roadie.
Cross has obviously been the catalyst that has lead him further down the path of self destruction.
Now, back across to the West again, up in the Northland of upper Washington State this weekend, the cats from Hellingham gave me a shout for a freakout that’s occurring directly;
“Hey dude. Couldja post this here on your fancy new site? Its our alleycat for Sunday. THIS SUNDAY. I know its late but am hoping to do a full on media blitz and get anybody within a 4 block radius to show up and booze heavily. 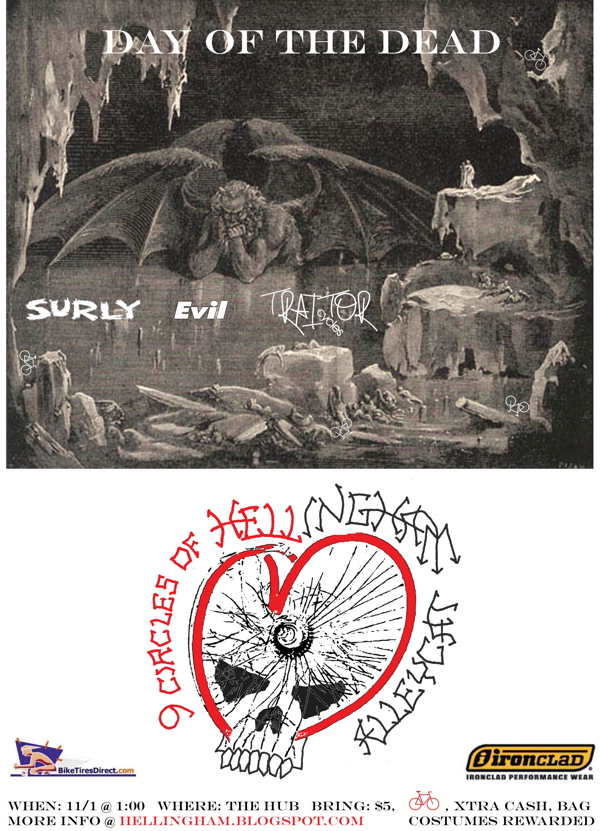 Or they can just come to the bar with me and watch the vikes packers game. Even though its after Halloween, we will have a costume contest, donut eating and beer drinking contest, prize giveaways and hangover remedies.”
So there you have it. A whole post of collisions with happy endings, old guys ripping on skateboards, Bea’s breasts, and some other stuff.
I sincerely hope that this transitions you into a fanciful week’s end. As for my part, I have nothing planned but some naked stair repeats while making use of my free weekend minutes.
Monday I will be out of the office and won’t resume regular posting until Wednesday the fourth of November.
Thank you for your time and consideration on this matter.

18 Responses to “Another day, another donut.”