As I lay in bed through the wee hours of Thursday morning, I began reflecting on the subtleties of life as well as the inner workings of the universe. Once I had that figured out I got up to take a leak and realized that later on in the day I was to be taking delivery of my very first shipment of cycling specific soft goods.
I began thinking to myself how many false starts this project has had and what a ridiculously long production period it’s gone through.
Then I started puzzling on how I might present it in this forum and the phrase ‘like a broken record’ came to mind.
It was then that I realized my pee had been finished for about five minutes, and now I was just standing there in the dark holding my junk, which generally is an activity I reserve for occasional weekends and my birthday.
“Like a broken record” I began thinking again. “That phrase makes absolutely no sense whatsoever.”
This is something I’ve heard and said within the confines of my existence, somewhere in the neighborhood of a hundred billion times, give or take a few, and this was the first time that I realized that it would be nearly physically impossible to play a broken record. I suppose if you had all of the pieces, and fit them back together atop the turn table, and were very careful to align the grooves, then I suppose it might work, but is there a greater chance that a broken, and then reassembled record is going to skip more than one that is simply badly scratched, thereby inspiring the use of this saying?
Perhaps it all started as a discussion between two brothers, (who in my mind looked something like any of the very early Beatles), whose mom would repeat the same thing over and over again. “James, clean your room.” “Eddy, stop staring at Mrs. Kircher”. “James, do your homework.” “Eddy, why do you smell like gasoline?”
In response one brother said “jeez, Mom sounds like a broken record.” Upon hearing this, the other brother said “I understand what you’re trying to say with that, but don’t you mean a record with a bad scratch on it?”
“Yeah” the first brother continued, “but ‘broken record’ sounds better”.
So they agreed to disagree, each continuing to use their own version of the saying just to see which caught on first.
Anyhow, it was around this time in the morning I got back into bed and fell asleep again.
The point of all of this is that I am very proud to once again, and finally announce the arrival of the AHTBM cycling caps, made right here in Amerikuh by the capable sewers at Pace Sportswear;

As I’ve previously mentioned, the caps are $20.00 flat, with anywhere from $3.00 to $15.00 in shipping depending on where you live, and I suppose how fast you want it there.
Of course I also have the exceedingly popular Downzig cüzies;

I even have a small number left of my submission to both the 2009 Minneapolis and San Francisco Art Crank shows, as well as a whole array of not very clever, but incredibly inexpensive stickers, all of which are, for the time being, Pay Palable to stevil@allhailtheblackmarket.com.
As I’ve said previously, a store is in the works. I’ve seen it with my own two eyes, so I know this to be true, but until it goes live, Pay Pal and P.O. boxes is all I have to offer.
A change to the site that has happened however, is that the pop ups under Maximo Supremo don’t stay open any longer when you scroll over them.
Remember folks, this is a work in progress, with an emphasis on ‘progress’.
Some time just before John Kuzack saves us from Armageddon, I’ll have this thing cooking with gas, but until that time, please excuse my mess.
Now I know that you don’t come here to have me bark at you and attempt to pry your hard earned dollars from your wallet, most especially if said wallet happened to get left in El Segundo, but a brotha’s got to do what a brotha’s got to do to make his way.
Anyhow, this is very big news for me, as I have never before had an array of my very own products, of course with the exception of my line of Uncle Stevil’s butthole/lip balms, which in hind sight (no pun intended) was really not a very good idea, so it’s with hat in hand and heart on sleeve that I present to you all the fruits of my labor thus far, and thank you for any and all patronage.
It’s with complete honesty that I say all of the aforementioned information absolutely makes me feel like this; 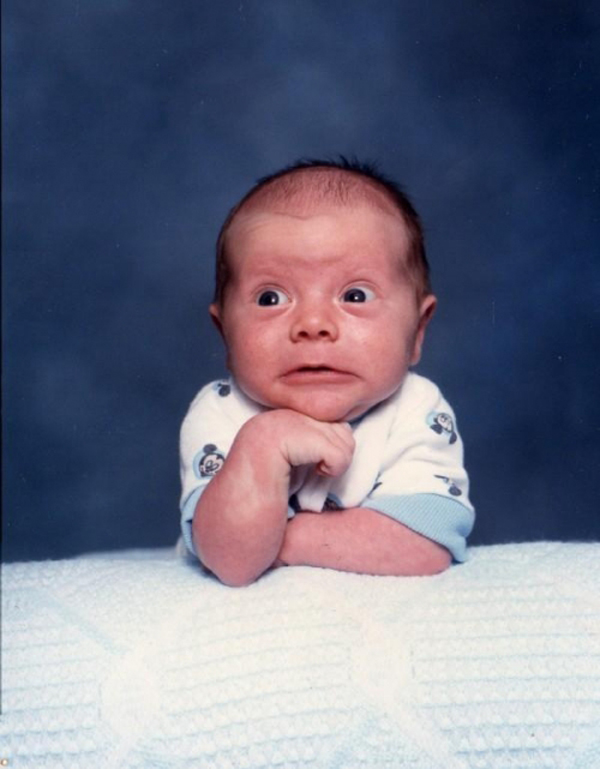 Thank you for appeasing my need to make a buck, and in doing so, wasting an entire post with my plea. I promise to make up for it with more of the usual next week.
In a final, pathetic attempt to pay it forward as it were, I want to take a second to announce that my friends at COG Magazine have just launched their brand new website.

Visit early and visit often.
For now, I doff my chapeau in your general direction and wish you all a good week’s end.

17 Responses to “A falseifie in verballage, followed by an extensive example of Capitalistic scum.”