I’m including the following image for two reasons. The first of which is because as you will soon read, I describe my effort at wringing the holy hell out of the weekend, but the second, and from my perspective, the more important of the two, is because I’m really tired and can’t think of a better way to kick today’s post off.

Now then, let us begin. If the answer was “not much”, then the question would be “Mr. Trebek, what’s better than a weekend filled with bikes, beer and ear splitting music?” 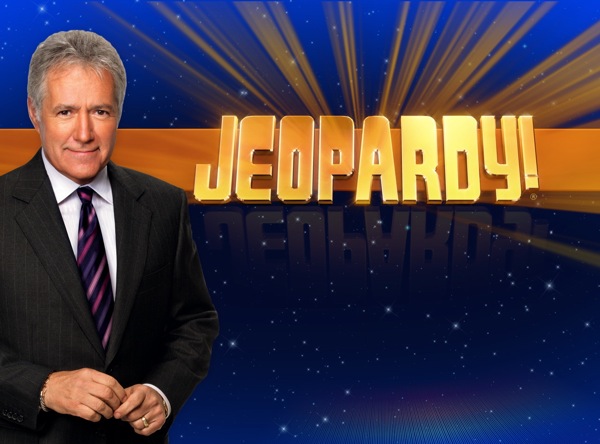 Holy cow, and what a weekend it was. First things got kicked off with the aforementioned art show at Seventh SonTattoo, where the beautiful people rubbed elbows in spades, and the beer flowed like a place where beer flows alot; 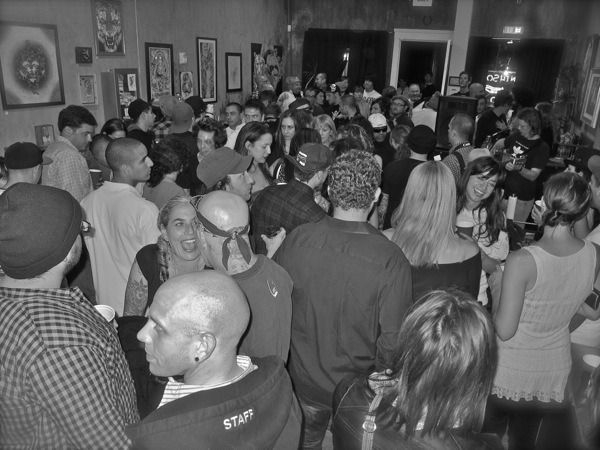 Effects included to provide a hint of class.
Of course in our corner things were high brow as usual;

Jennifer and her finger provided to take away that hint of class.
At some point in the evening we made our way to find food stuffs, and what might possibly be the best graffiti in all of San Francisco;

It truly was an evening jam packed with high culture.

As I swerved and stumbled away into the dark, I boarded a final train back to the sweet East Bay, upon which I promptly fell asleep and missed my stop. It should be noted that during my years in the Bay Area, I’ve fallen asleep on more trains than I’ve had lovers (which if you know me, amounts to about seven) and spent hundreds of dollars on cab fare, when it was too cold to simply lock my bike to my ankle and fall asleep in a ditch.

Finally making it home, I dropped to the sofa and fell fast asleep in preparation for the following day’s ride with Friendly Paul and Skinny Bee.

After finally peeling my eyes open a few hours later I noted that it was a glorious morning, and as I crossed the bridge into Marin, I saw Mount Tam in the distance, beckoning me.
The skies were blue and the air was hot and dry. It was a perfect day for burning off the bad gasses with a grind, and a grind was exactly what the non-hungover of the bunch had in mind;

We jumped from shaded patch to shaded patch, when we finally met up with others of our ilk and drank from a mountain side spring;

Heat exhaustion was just beginning to set in, but if memory serves, Cameron The Punk Ass Kid was describing what it looks like when hugs a person who has cooties.
Once at the summit, we made Loudass buy us lemonade, and relaxed to take in the view;

After rolling over hill and dale, we finally made our way up Diaz Trail, which is the first legal singletrack open to bikes on Mount Tam in five hundred years;

Five hundred years might be a bit of an exaggeration. Suffice it to say that it has been some time since any trails whatsoever have been opened for bikes on the old girl, and it was a pleasure to take part, regardless of the fact that we ascended the entire stretch.
A fact that Loudass reminded us of repeatedly.

We concluded the ride with a meet and greet at the burrito store where we loaded up on food logs, and various liquid refreshments;

Finally parting ways, I limped my sorry ass back home once again to get cleaned up and take in The Worship of Silence in Berkeley later in the night. It is at about this point where I begin feeling every one of my forty years.

Even still, I put on my big boy pants and pedaled squares across the East Bay, where upon my arrival to the venue I was first met with a ‘wanna buy some dank?’ from a street thug, and then a friendly greeting by the band’s frontman, Joe. We hung around upstairs and talked about politics, side arms, whether Eve is sexier than Gwen Stefaini, and baseball cap preferences before the band was called downstairs where they proceeded to do what they do best;

Yes indeed. Ice Cube’s good day had nothing on either of mine.

In closing, I will draw upon the discussion concerning whether or not to spend twenty dollars on a bag in which to keep your tools. Today’s counter point comes from another industry luminary, who for the sake of consistancy will also remain unnamed;

“Stevil-
I’ve been pondering the statement made by one of your readers about the $25 tool roll, and I while it may seem steep to some for a little piece of nylon, there’s more to it than price. Yes, you can buy one for $15 made by someone that probably has a big shop that makes all kinds of bags, and by someone who may or may not give a shit about where that bag will end up. It’s just a “thing” that comes down the assembly line. And let’s all be thankful that said assembly line is right here in the U.S of A. But if price is our only motivator, and we’re all trying to abide by some sort of “strict capitalism” where the lowest price wins, then let’s forget about the $15 tool bag and buy the $10 one made offshore.

My point is, people make purchases based on more than price, as is obvious by the $15 tool bag fan. But for every $10 tool bag fan who doesn’t care about anything but price, there will be others who care more about where it’s made and buy the $15 bag, and still others who care if the people who make the bag are part of the community that the bag is designed to be used by, and go for the $25 bag.

I’m biased because I make my living selling, figuratively, $25 toll rolls, and I try to abide by the “what comes around goes around” rule when making my own purchases. You can’t complain about jobs going overseas and lack of choice when all you do is shop for the cheapest price. It’s all a trade off.

I guess what I’m trying to say is don’t bag (pun intended) on someone charging $25 for sitting down at the sewing machine in his basement and knocking out something that addresses an actual need. If you want to criticize someone, go to your local bike shop and look at the seat bags they have and see which ones will last more than a year or two. Not many.

And made in the USA? Good luck. I expect the $25 roll (I have one) will last for at least 10 years and probably a lot longer. And is it more “green” to reuse packaging that is wasteful to begin with or just buy something that will last a long, long time, and put money in somebody’s pocket who you could sit down and have a beer (many) with? Why are Salsa and Crown let off the hook for waste but one guy with a sewing machine is taken to task? I think we’d all be better off without items shipped in useless bags. For every one that gets turned into a dildo sack or a place to put your weed, another 100 go right in the dumper.

The whole point of your blog (in my view) is to bring all the subcultures of bikes, art, skateboarding, drinking, etc, together in one spot where we can all be envious of each other, hand out a few back slaps, and maybe do some commerce amongst ourselves. If people want professionalism and lower prices, I think they’ve come to the wrong place.
All Hail The Black Market.
Captain Unnamedesimo”

Like my former boss, El Corpo was fond of saying, “vote with your dollar”.
He may have been a fool to let the unabashed genius that is me go the way of the Dodo, but when it comes to keeping economics local, and on this particular point, the man had a plan and I like to stick to it.

And for that matter- Why not buy some stuff right now?

Besides, my drug addiction ain’t gonna feed itself.
So it is with that I bid you a fond farewell and a wish for happy crafting;

16 Responses to “Rock and Rollah.”