It’s a freak show of random emails… Hardly the greatest show on earth.

With no particular direction to go, I suppose we should simply start walking and see where the journey takes us.
Kicking off with first things first (because I’m sure you are all aware that it’s nearly impossible to start with fifth or sixth things first) we need to get a few upcoming events off the table. The first being the long suffering Homie Fall Fest. Anyone who has read my ramblings for any length of time knows that I have not only met the best that is the Homie once, but thrice, and lived to tell the tale. (Twice on The Bummer Life, both of which have mysteriously gotten flushed down the technological toilet, and once here.)
Well, the keepers of the keys have finally decided to drive a stake through the old girl’s heart and start anew, with the inception of the Foamy Autumn Aufroad Classic;
“The Foamy Autumn Aufroad Classic is on for this Saturday, Oct. 30th at High noon.

This event is meant to celebrate the death of the homie and the birth of the Foamy. The Foamy is a offroad singlespeed rally in the woods. Be prepared to ride or don’t show up. You have been warned.
Meeting location will be announced later this week and it won’t be a bar.”
The preview that Hurl dredged up is this clip that’s been going around for a few weeks;

The exception being that there will at least one orange jumpsuit involved.
As I have said many times before, if you are within a day’s drive of the Twin Cities, this isn’t an event you want to miss out on. Portland East is chock full of good people and if you are not a dick, and were to arrive at One on One or The Cykel Garage looking for a place to crash, I can almost guarantee you would be taken care of.
They would at least make sure you had a spot cleared to pass out in front of one of the bonfires at the end of the night.
Also from Ryan at Go Means Go! I received this flyer for a Halloweenish event up there in Seattle way;

It’s time to break out your fanciest pants and get cracking.
Speaking of pants that are fancy and Seattle, as I’m sure you all are well aware, the latest rendition of the SSCXWC has come and gone, and with it, an abundance of brain cells.
Like I said at some point recently, I was registered and my bags were almost packed when I was notified that the event was not in November, as I had thought, but actually on the same weekend that I had planned on getting hitched. Though I wasn’t there physically, it appears as though I was in spirit;

Photo by Colin Meagher
Obviously, somebody’s race was ruined.
If the news has yet to land in your lap, next year’s race is slated to occur in San Francisco, and it has been promised by the primary mind behind the scheduled debacle to be “a shit show of heretofore unknown proportions.”
No matter how the event transpires, that should be no trouble at all.
Back on the flyer front, out in Illadelphia, Thadeus got in contact concerning his own particular brand of no good doery;
“Stevil,
We are having a race/event in deep South Philly, at the recycling center right by the infamous FDR skatepark.

Costumes, South Philly Dogs, Beer and Peoples. If you could spread the word, it would be amazing. We are also a featured ride for the Philly Bike Expo, which is put on by some awesome people, including the guys from Bilenky, who make some of the raddest frames around.
P.S. Please see attached for a picture of Scuba Steve the other half of this operation, he will be wearing the flippers for the Le Mans start.

Cheers,
Thad”
I suspect if Scuba Steve sticks to his plan, he and gravity will soon have a world class wrestling match.
From my old pal Jeff, who you might remember as the meeter/greeter from the olden and golden days of Swobo, I got the following email regarding turning some Texans to the dark side;
“I couldn’t resit a pic or two as a recent event I produced in Texas looked like a “get to know Satan seminar”.;

Interbike is over and we are now getting ready for our own little swarie.. The annual AHTBM “You Can Be a Winner” conference taking place at the Hayward Airport Vagabond Inn.. Here is a few snaps from last year.”
Every day Satanists look more and more like cube jockey douchebags.
I need to find another allegiance.
In closing, and while we’re slightly on the topic of Swobo, they have just released a revision of their flagship design; 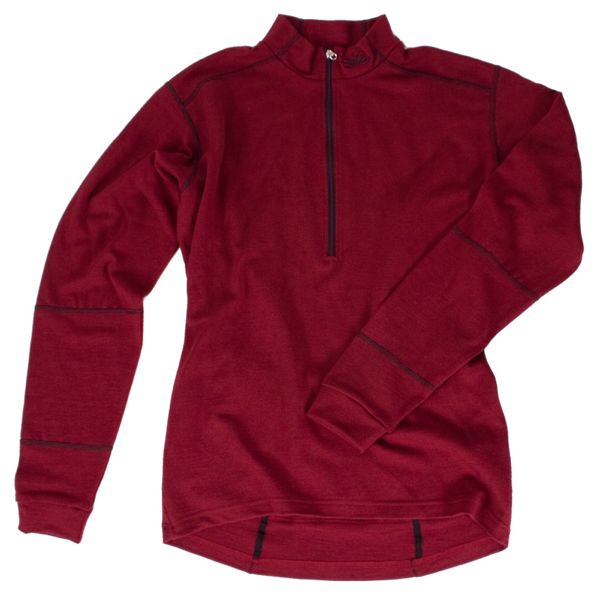 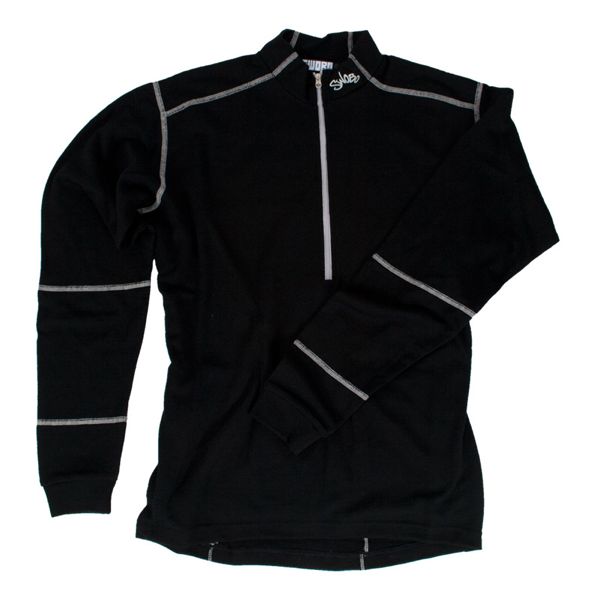 Like I said in a recent Tweet regarding this beaut, “Swobo turned the longsleeved woolie knob to 11 and broke the fucker off. Winter ain’t nothin’ but a thing.”
That just goes to show, you can never count Swobo out. They always come back swinging.
It’s with this point, that the curtain will now come down. The show is over, and it’s time for the crowds to return to their homes.
Everyone needs their rest. Even the freaks.

2 Responses to “A sideshow of mish mash, hodgepodge and brick a brack.”