As I mentioned on Monday, I sometimes have an inbox jam packed with so many piles of the unorganizeable, it would make Fred Sanford green with envy;

Or at the very least, put a bow on a hat and proudly display it with Lamont.

So without further hesitation, let’s get on with it.
First up, a short and sweet one from Jake of the Steel Wül fame;
“Psycho Killer?”
This was an ad in Winning magazine 1989″

Psyco killer.. It’s very possible. That small segment of the population has had a long standing appreciation for that style of glasses.
JP from Vecchio’s Cyclery sent me this nice little slice of film from that Boulder place;
“Stevil,
I’ve never partook, but here’s a cool video of Boulder’s Wednesday morning ‘cross practice ride. Remember, Boulder takes ‘cross very seriously!”

Of course I remember, and will never forget.
And an 8:00 start time is why I will never succeed at the cyclocross styled athletic pursuits. At that time in the morning, I’m still washing stripper glitter off my face and trying to figure out which end of the bong to use.
Which, by the way, I am very serious about.
Somebody else who wouldn’t stand a chance in Boulder’s dog-eat-dog world is Josh’s kid;
“Hey stevil,
Thanks for sponsoring dc’s tacchino cross last weekend. In true punk rock fashion they assigned the kids numbers in the six hundreds meaning my boy (racing age =3) got the mark of the beast;

We were pretty stoked until he had a toddler meltdown and DNF’ed. Oh well- next year, right?
Best
Josh”
I wonder if Josh’s boy was channeling the Cat C Vanilla thrower, who by the way I would love to meet. I am sure that someone who reads this site knows who it was, and if you tell me, I promise to keep the avalanche of heckles to a dull roar.
And while we’re on the topic of such things, The Little Jewford got in touch on a related note;
“So….I was at a CX race in boulder last weekend….caught the cat 3 race (a friend was racing the SS race which was on the course at the same time). Even with beer, frites and a guy running around in a sumo costume it was one of the most SERIOUS things I’ve ever seen…and I’m a fucking scientist.
The guy who won the 3 race should have gotten an academy award for “best performance while winning a local race but acting like you just suffered up a major alpine climb”.
you weren’t kidding….
LJ”
I never tell a lie.
Speaking of moustaches, The Skipper® gave me a shout with a kind request to lay out a bit of blow uppage concerning some goods coming down the Swobo pipe;
“Steeeeevil,
I’m hoping you can drop a mention of our new belt buckle one of these days. We’re trying to accumulate images of all our gear on folks;

Thanks Boss.
Skip”
There you have it. A bad ass new belt buckle that doubles as pretty good body armor in the event that someone punches you in the stomach, and your pants are pulled up high enough for it to defend the blow. That in itself is worth its weight in gold.
Anyway, you’ve heard the call. If you have any photos of yourself in their wares, get ’em in your email machine and send them on.
In other news, Mike, (who ironically is a guy, and whose last name is also Guy) sent along a transmission to let us know that he has a new winter time chariot;
“Hey Stevil,
Just finished building up a winter-beater and thought you might dig on my rattle-can paint job. Needed a ss I could ride to work and school in our sloppy South Louisiana winters and that I wouldn’t mind leaving locked up outside the bar.

Baby blue and big-ass tires are a sweet match. Now I just need to grab some stickers.
-mike-”
The down side of putting that much care into one’s beater bike makes it that much more heart breaking when you black out and leave it behind somewhere.
I’m looking at you, Cheever, and GenO, and Zeke.
To refer to some of my compatriots as retarded, would be an insult to retarded people.
Angel from Florida (who mind you, is not an attractive young model type, unless you consider a grizzled and bearded bruiser as such) wrote me with a clip for the ages. Unfortunately it’s not embeddable, so you just have to follow the link;
“Now, I grew up wearing watching cartoons and reading comic books. There were some good ones like G.I.JOE and XMEN, then there was even the heavy metal movie. But seriously, where the hell were these cartoons when I was growing up?
-Angel”
He speaks the truth. Typically I’m not one for Anime, but that piece is amazing.
I suspect if those cartoons were available for my viewing pleasure as a young person, I would be considerably more screwed up than I already am.
Speaking of which, Hurl sent me a very important link for any and all who have a love of history;
Forty images of dinosaurs having sex.
Class dismissed.
As long as we’re flying though the short bursts as we are, Ian from Wend Magazine emailed me with a little request;
“Stevil,
Can you help me give Benji’s blog some love?”
I can. In fact, I’m pretty sure I just did.
Now that that’s taken care of, I would recommend that it go to the free clinic and get a shot of penicillin.
From Bob ‘Big Air’ Morgan, via Chip ‘Big Hair’ Baker, I got a mass heads up about a Geek party;
“Sorry for the cold call email, but I wanted to reach out to a bunch of who I consider “well connected” cyclocross guys and make sure you all knew about the team party Geekhouse was throwing at the middlesex lounge next Monday November, 15th from 7-12. We’re trying to top last years party by cramming more music, raffles, Pretty Things Beer, custom pint glasses and other awesomeness, plus the chance to pit everyone against each other for an indoor roller race showdown (Joshua “Robot” Wright is gunning for a repeat this year).

If you guys could help me out by blogging, tweeting, or just plain showing up, it would be awesome. I am hoping to make this a really fun night for the New England cross scene to get together and take over 315 Mass Ave for the evening, and want to make sure everyone knows about it!”
I like parties where lots of stuff is crammed.
Before I go, I feel it is my duty to remind you that Rick Hunter tends to get radder than most; 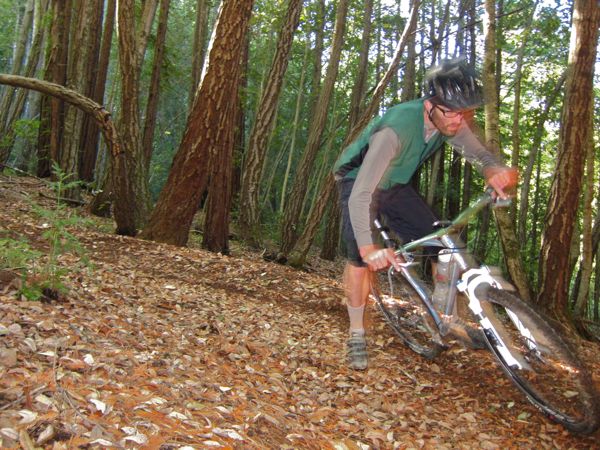 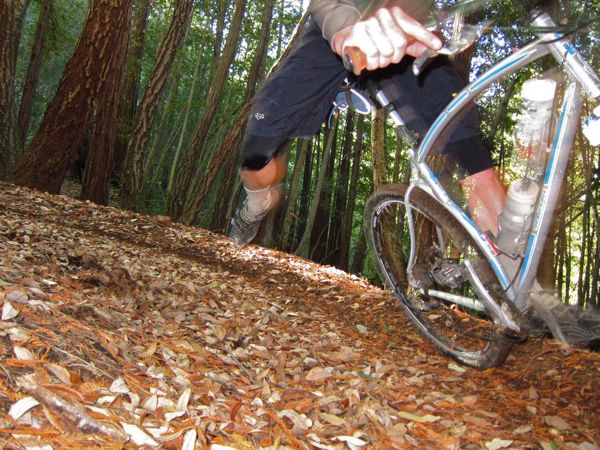 And also once again that Brian Vernor’s latest offering, ‘The Cyclocross Meeting’ is premiering this weekend right here in San Francisco;

So get your dancing pants on and make the scene;

You know.. Say what you will, but Fred would want it that way.

7 Responses to “Are You There Friday? It’s Me, Margaret.”