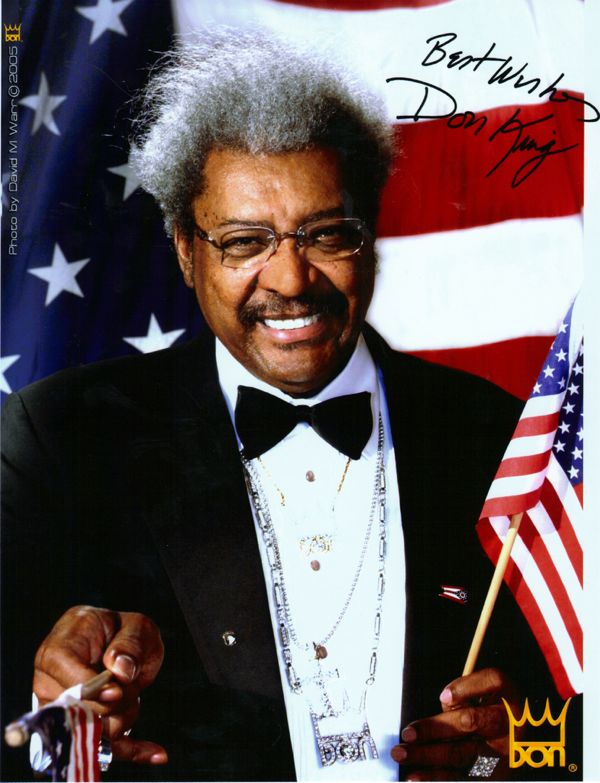 After last weeks “Portland better burn their pants” this, and “PDX’s legs are gonna be behind its ears” that, one might conclude that I had the debauched eye of the tiger and meant to turn the city out with quickness. I mean, that’s what my objective was, but as the adage goes, the road to Hell is paved with good intentions.. Or those with good intentions go to Hell.. Or something like that.

As it turns out, my mouth was bigger than all other of my body parts when it came to touting what damage would be laid by my hands, and nearly from the moment I arrived, I was in the process of fighting a battle I stood no hope of winning.

As per the usual cop out I apply here after an experience that 1) defies description and 2) even if I could describe it, I can’t remember most of it anyway, I will post a selection of images that perhaps will allow you to draw your own conclusions as to what transpired.

Once you have figured it out, I would appreciate being let in on the mystery.

Right out of the gate I met up with recent MPLS transplant Schriner Or The Bandit, as he’s been known to go by. For the uninitiated, this was akin to jumping out of a car while doing 120 miles an hour and saying “I can totally land on my feet.” You think you can, and even with the most focused possible visualization of success, you’re still going to die. 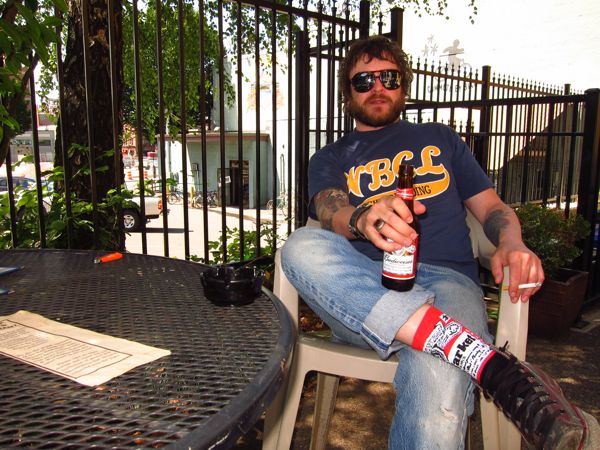 But countering John’s ill wind was the delightful breezes that were Man Breaker and Stephanie, who met us for sandwiches, and to experience some of my artistic brilliance; 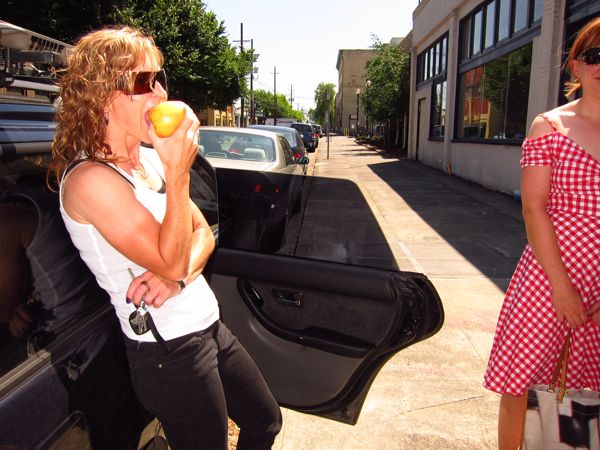 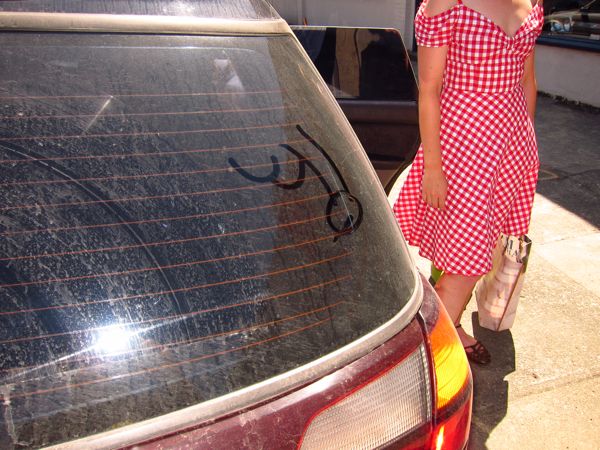 On the first night we held it down with reserved class and just made a mess in the backyard; 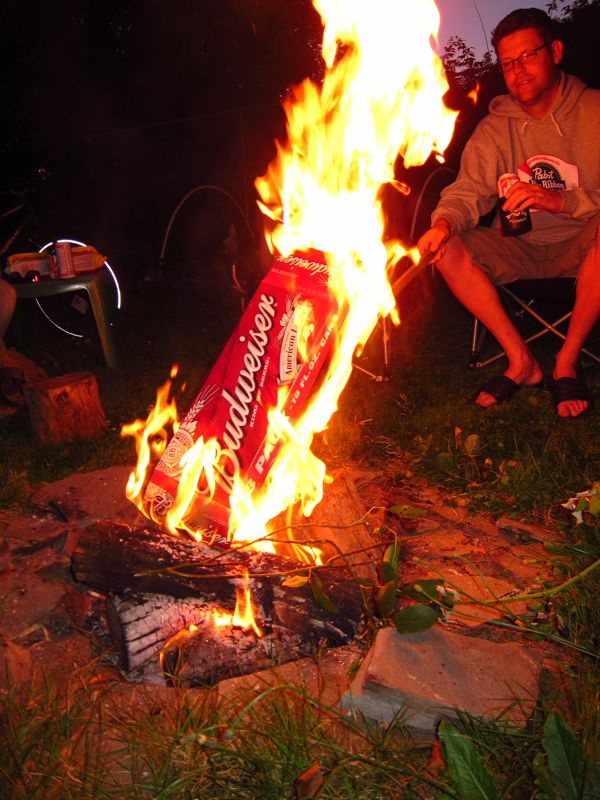 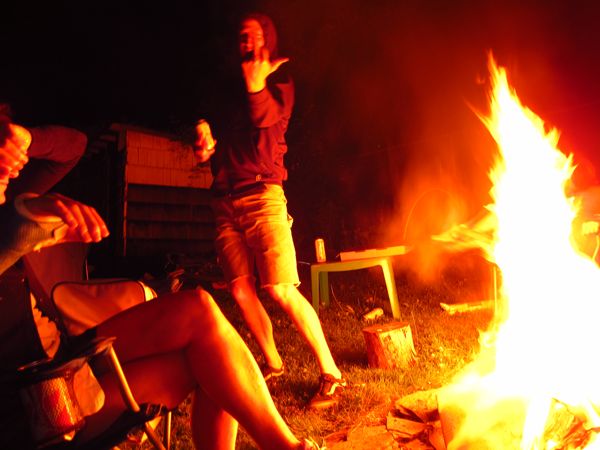 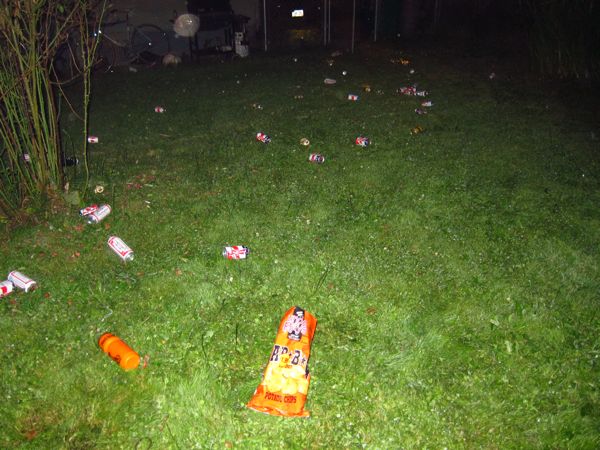 At some point in the evening the bottom fell out of everything and we crawled away into our respective corners. Waking up considerably worse for wear the following day, we choked down a breakfast, fell back asleep, carried on discussions regarding just why it is we continually do this to ourselves, and then finally motivated to engage in an off road bicycle related athletic pursuit in the city’s long suffering epicenter for trail access, Forest Park. We did an equal amount of grab-assing as we did riding, but there truly is no better medicine for a hangover than a bike ride with some water, hair of the dog and sunshine; 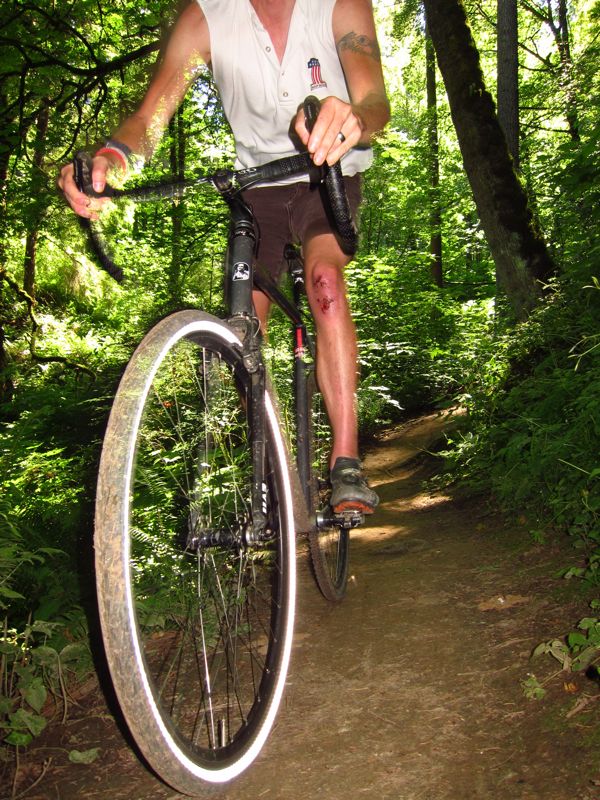 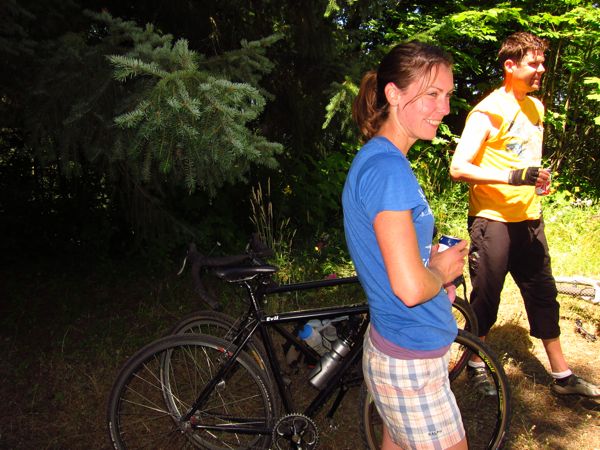 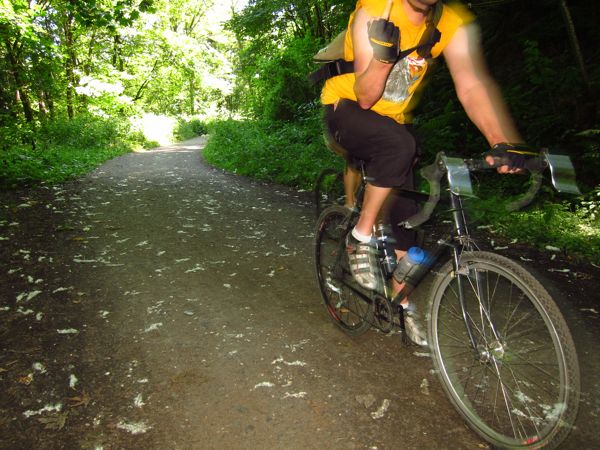 As we jibbed, jabbed, zigged and zagged through the meandering fire roads of the park, we happened across none other than California DiStefano; 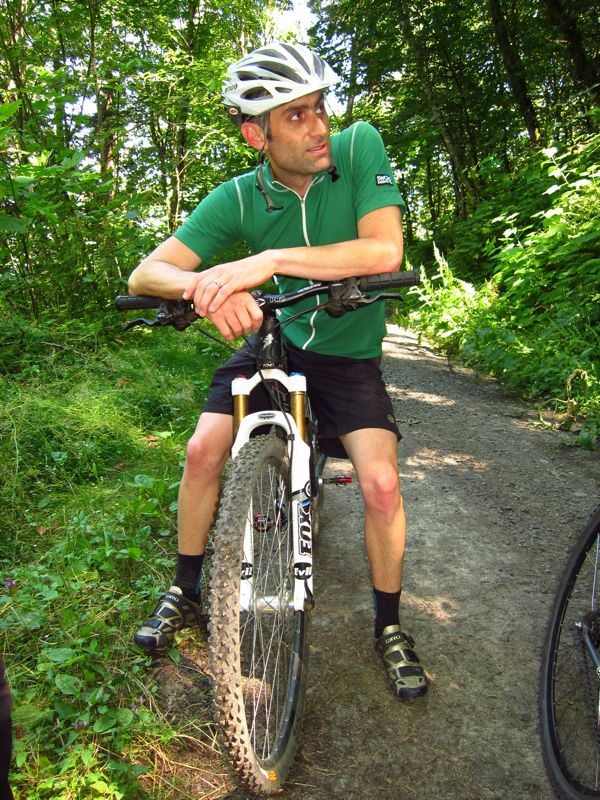 Emerging from the forest, we most assuredly came across the creepiest two-dude-Craiglist-hook-up ever, which made me finally understand why mountain bikes on the trails there present such a danger.

Finally come around sundown, the lot of us were back to feeling ourselves and were primed to make it to PDW for the big Circulus throw down. After all, this was what I was in town for, though that’s not to say when the mic was ultimately put into my hand and I was directed to MC the event with Murph, I had even the slightest clue what I was looking at or what the rules of the game were, so instead I distributed good natured insults and took photos; 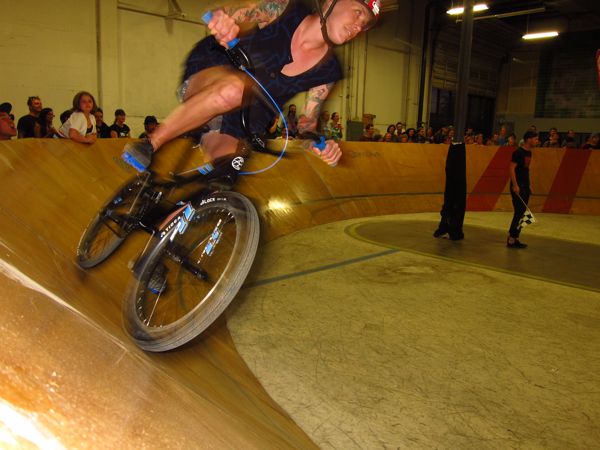 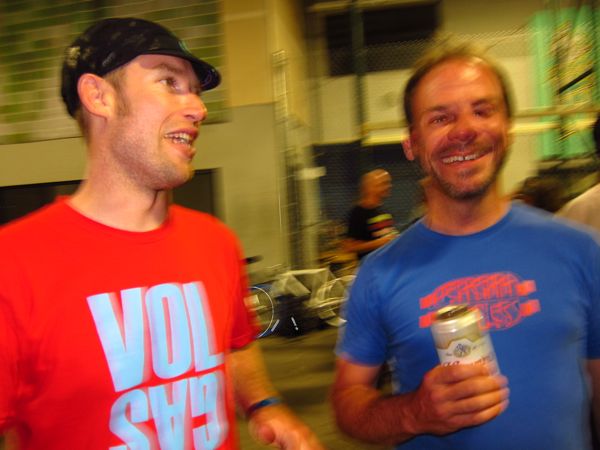 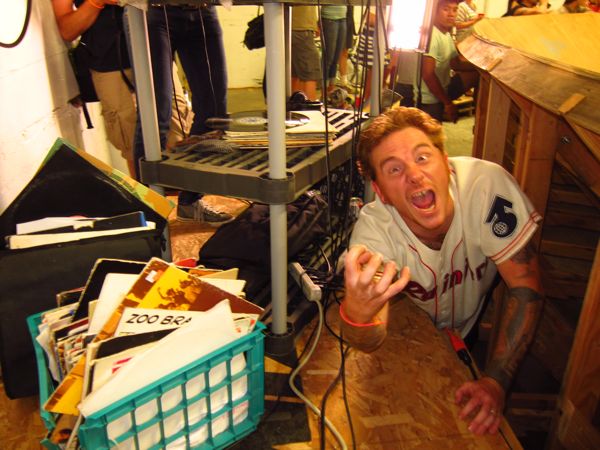 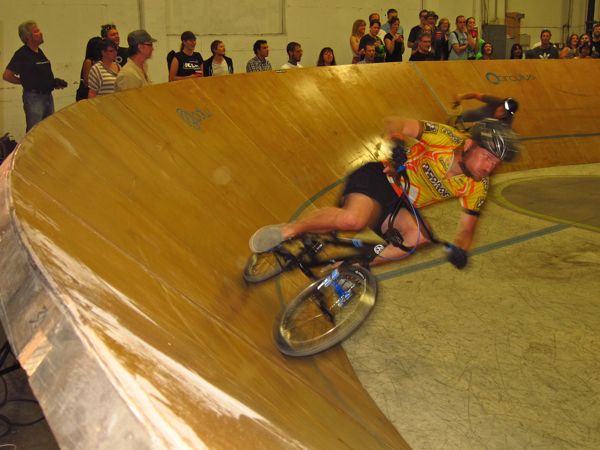 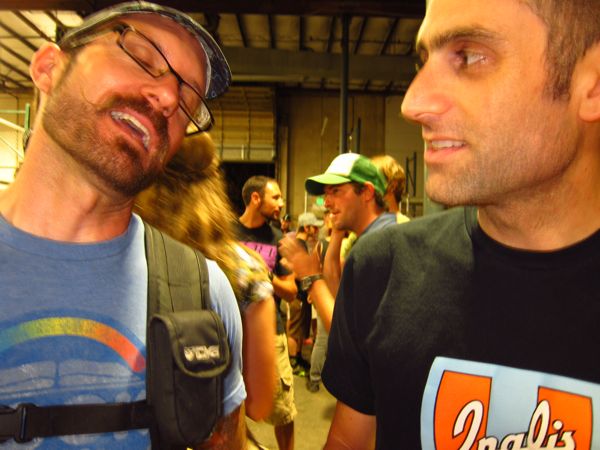 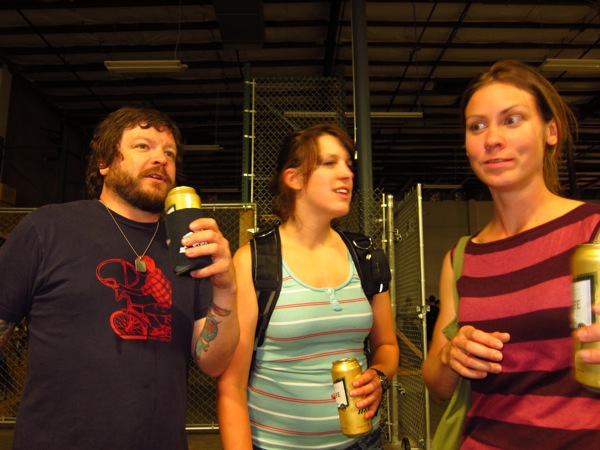 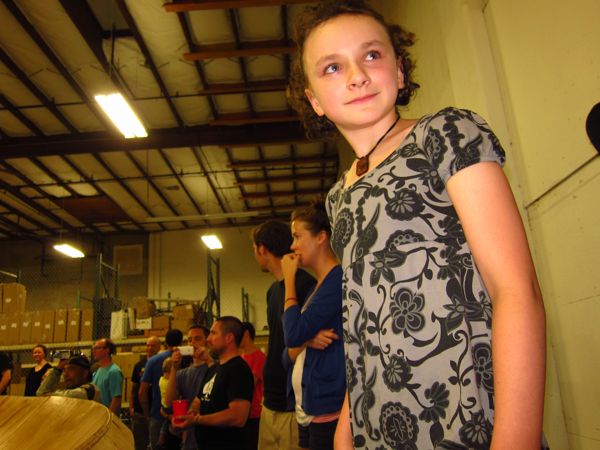 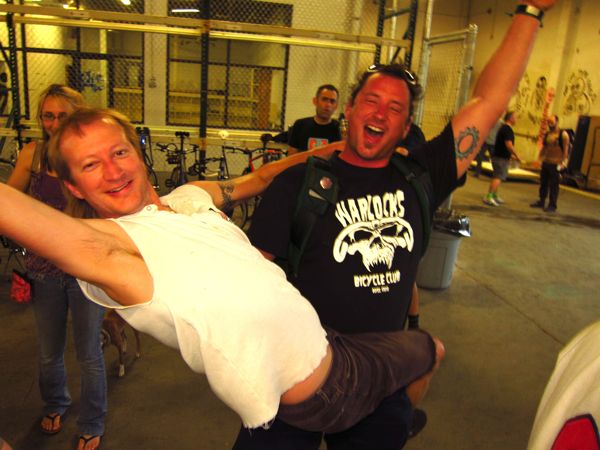 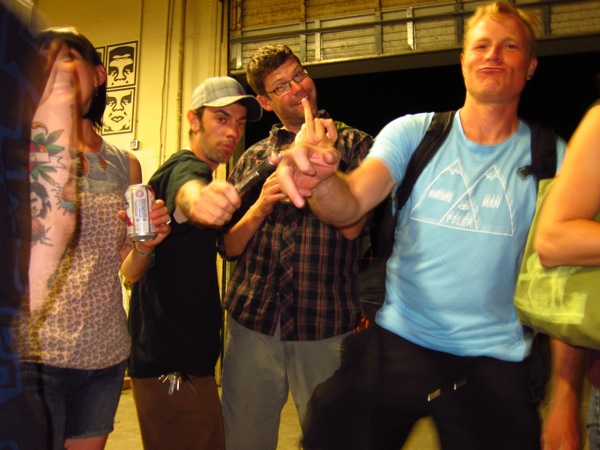 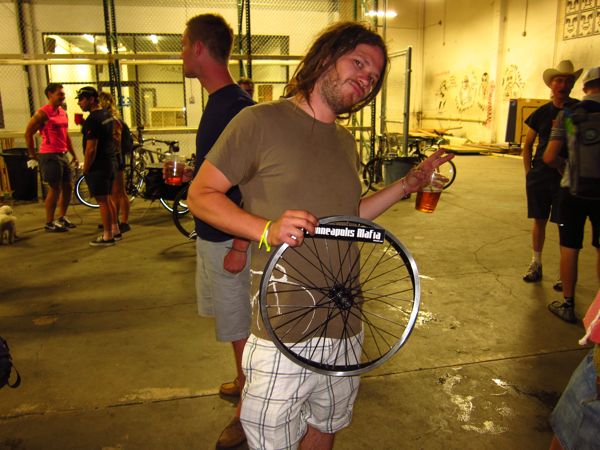 Some people rode, some eliminations were made, some people crashed, Paul and Caroline won, and I made a concerted effort to disqualify as many people as I could. My fist of judgement is neither consistent or fair. Fortunately no one was listening to me and to the victor went the spoils; 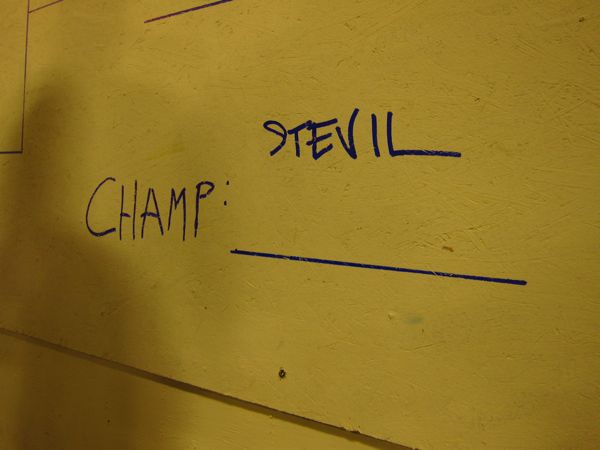 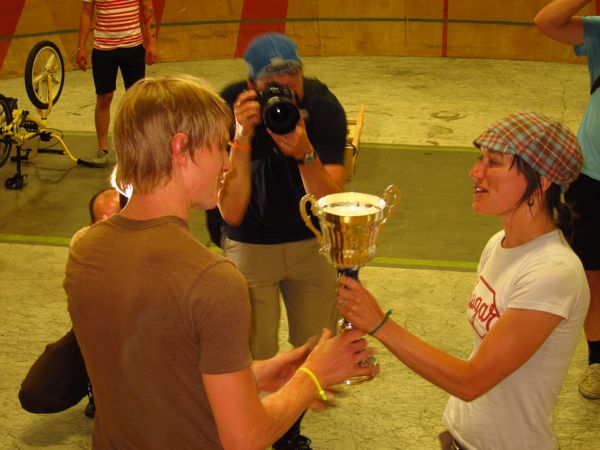 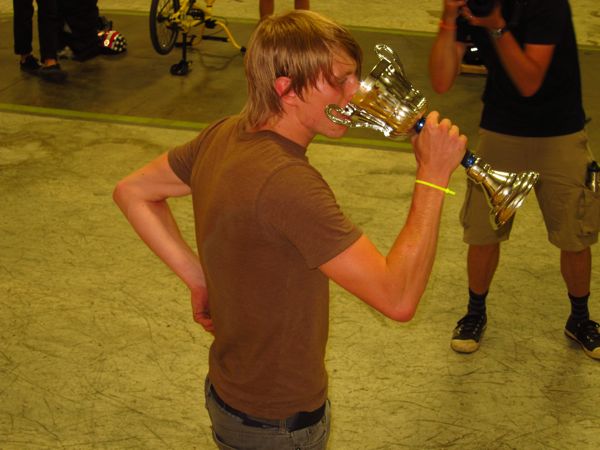 After pissing off a handful of people, this night in particular concluded with a ride from PDW to a peeler bar known world wide as Mary’s Club.

I seem to recall crashing twice on the way there, but it was dark so I can’t say for certain.

Once inside I was terrified of the huge number of people there, but I hunkered down in my corner preparing to ride out the storm. Unfortunately Case had other ideas and bought a lap dance for me with a lady who was very bendy. During her performance I for some reason I insisted on keeping my hands above my head the entire time except for a brief moment when I may have actually fallen asleep.

Around closing we packed up our bags, donned our helmets, flicked on our blinky lights and hit the high roads for home, resulting in several more crashes involving an array of my compatriots and myself, or in some instances, just a lone individual with a loose grasp on the concept of gravity.

Using both hands to pry my eyes open the following morning I was confronted with the fruits of my previous evening’s labor; The transition out of Portland into the safe confines of my own home wasn’t without peril, as after the weekend’s conclusion and while waiting for the final bus back to my house, I was enveloped by a field trip of adults with special needs. For a brief moment, I was suddenly struck with the fear that their chaperones might mistake me for one of the group and I would never get home again.

I might talk a good game, but after the weekend’s developments, I realize conclusively that at least in this instance, ‘talk’ and ‘game’ are just monosyllabic utterances for nonsensical mumbo jumbo.

None of which I apparently am in any shortage of.

6 Responses to “I talk a pretty good game.”