I’m a few days late with the official declaration, but I hereby welcome one and all to day eight of International Canned Beer Month. (Don’t judge the legitimacy of the month by that website. Those people clearly never put the can down to finish their effort.) 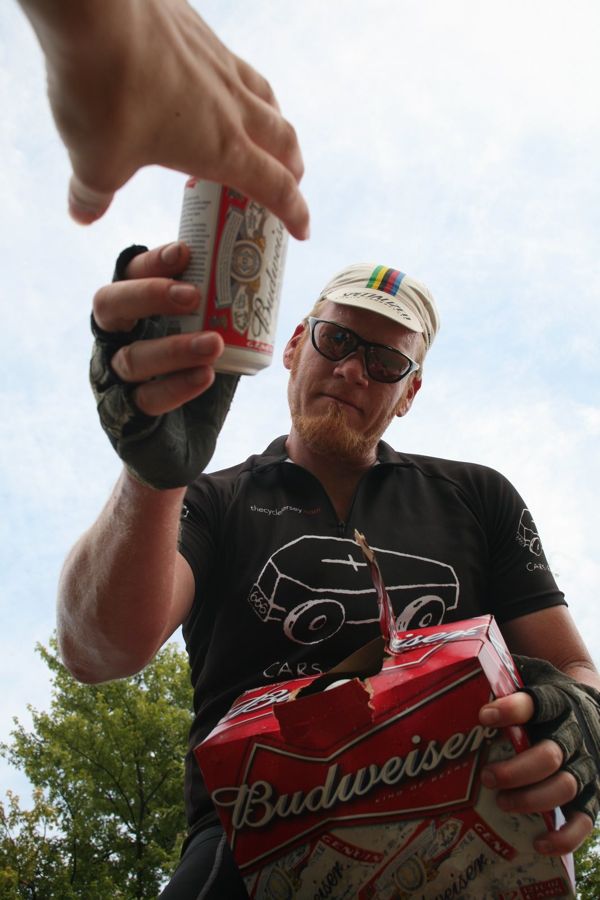 Upon remembering what month it was, I realized that WSATW may have been a little premature, but what’s done is done and there’s no use in crying over spilt milk after the horse has left the barn while saving and earning a penny with a silver lining in the bush.

While we are on the topic of canned beer, (and why shouldn’t we, be after all?) it was just two months ago that I linked the article about the new douchebag Greek owners of Pabst doing everything in their power to make the sub-brands suck. Obviously their first move was to turn awesome old Oly; 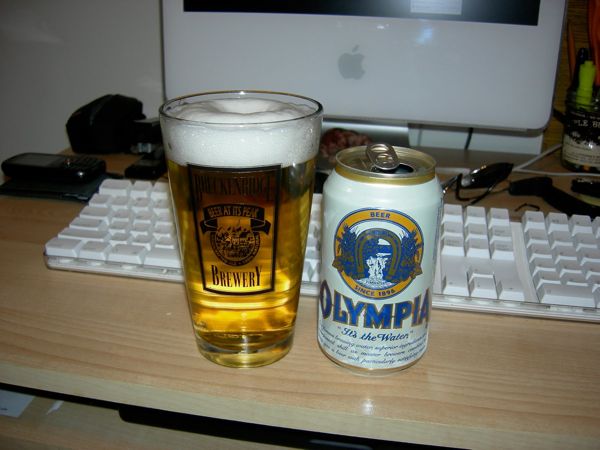 (Not my computer, but it might as well be.)
Into crappy, malt liquor Oly; As a matter of fact, while discussing this issue with Handsome Dave Fenton the other day, he said he went to several small retailers to buy up their remaining stock before the orange plague overran everything. Interestingly he also noted that a number of said store’s proprietors mentioned that Olympia reps came in and replaced the old beer, actually removing cases of the stuff, with no fanfare whatsoever.

I would have liked the opportunity to sit in on that market research meeting;

“Our studies indicate that two things poor people like are the color orange and malt liquor.”

Interestingly (or not), it was just Saturday while talking with The Skipper about this issue that I finally realized this new terrible beer was to blame for my insane drunk (and even worse hangover) last week at PDW’s Circulus event.

Furthermore, as if the Virgo in me wasn’t all in a tizzy as it was, Budweiser has gone and changed their graphic; 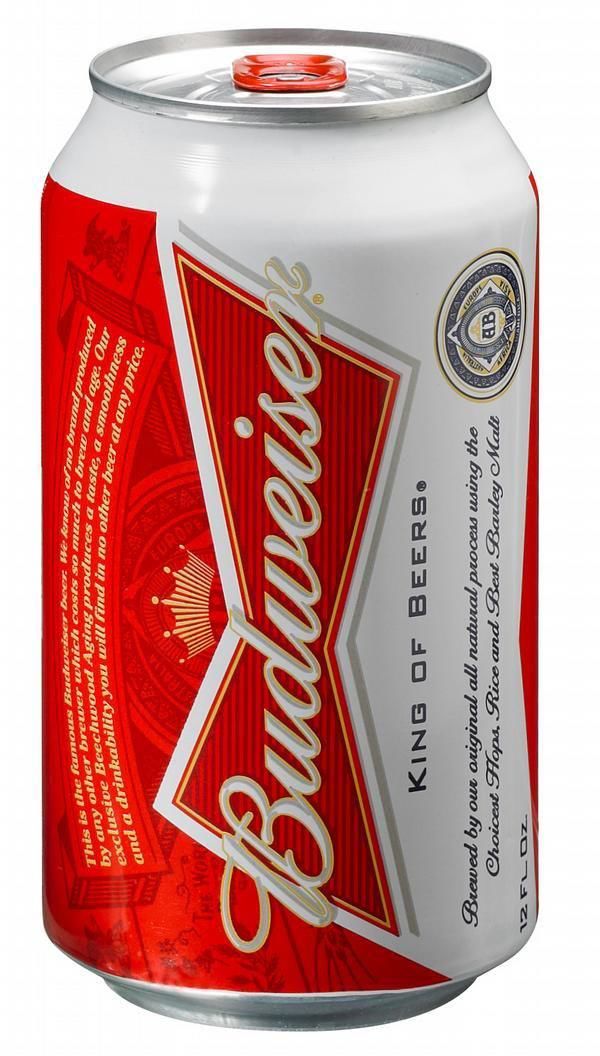 While I was a little bit put off, I realized this might be an indication of just how powerful my empire has become. Instead of slapping me with a cease and desist order for my appropriation of their graphics, they simply submitted and changed their design.

Someone who knows all too well about the power of canned beer is Ray, as proven in this clip that super star cyclocross styled athletic pursuitist and general ne’er-do-well, Jonny Sundt forwarded me;

It’s been said that ‘age is nothing but a number’, and ‘you’re only as old as you feel’, and a bunch of other clever coffee mug phrases that were probably come up with by forty-somethings while in the process of wrestling with their own mortality and mystery pains. While Ray is probably too drunk to realize how old he is, the rest of us don’t have such a luxury, and certainly not when slapped in the face with a piece of news like this that was forwarded to me by Lucho from The Cycling Inquisition;
Tom Araya is no longer able to bang his head.
As I am currently trying to figure out a way around my own shoulder issues, this was certainly not welcome news. The next thing you know, I will spend my days shuffling around the house wearing a bathrobe and slippers.

Speaking of Lucho, he has made the grave mistake that other web loggers before him have made and launched a few clothing items specific to bicycle related athletic pursuiting; 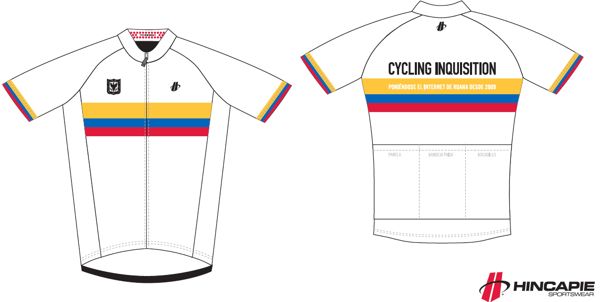 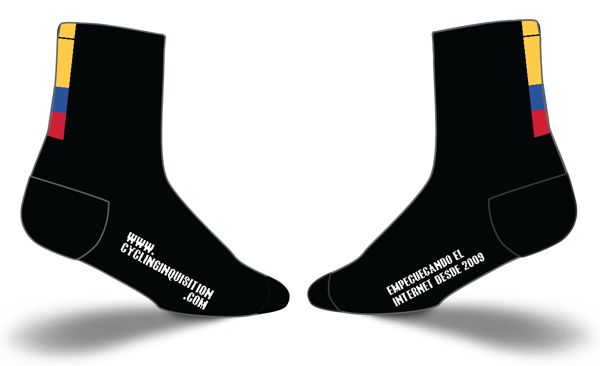 If you might be interested in expressing to the world that you have taste in clothing and read a blog that makes you use your sexy brain, you needn’t look any further than here.

Finally, and only relating to canned beer in that they have been known to drink some, the proprietors of Handsome Bicycles got ahold of me with some petty bitchin news. It seems as though none other than Wakeman Massie was secured to design one of their newest offerings;

“Stevil,
The prototypes have landed. Sealed bearing coaster-brake hub. Final hub-shell design will be a little different, but here it is. All made possible by Wakeman; 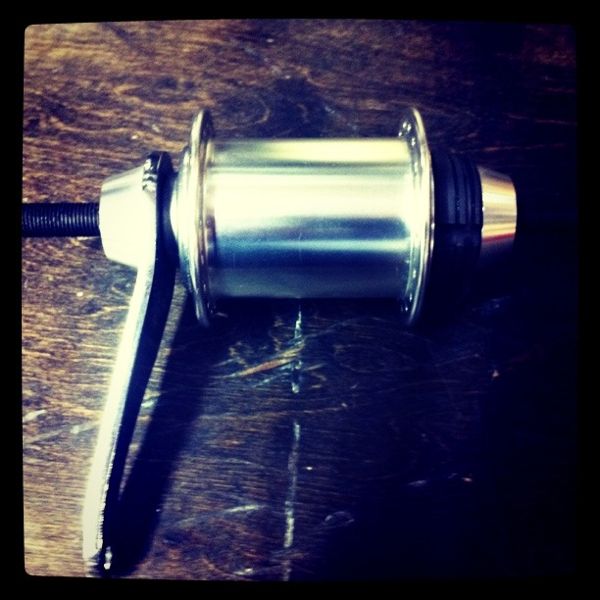 So we’re still working out all the gritty details, but the good news is we got what I think maybe the first sealed bearing coaster brake hub and it will be available with our 2012 line. Calling it the Bogart.”

Though Handsome declares that it already has a name, I still prefer to call it the ‘Wakeman’.

And at the risk of partially letting the cat out of the bag, this will work pretty snazzily when coupled with a special little something or other that Handsome and I have collaborated on; The fruits of the collaboration will be unveiled next month in Las Vegas, unless the Handsomes realize their folly and pull the plug on the entire thing.
It is with that, that I raise my freshly opened can in a toast to your Monday(s).

A few dozen down, several hundred to go.

11 Responses to “The fire that burns in my heart is a hot one.”