Well, not to me, specifically, but to this here website. It was two years ago today that I turned the power on, and I’ve only looked back once or twice since. 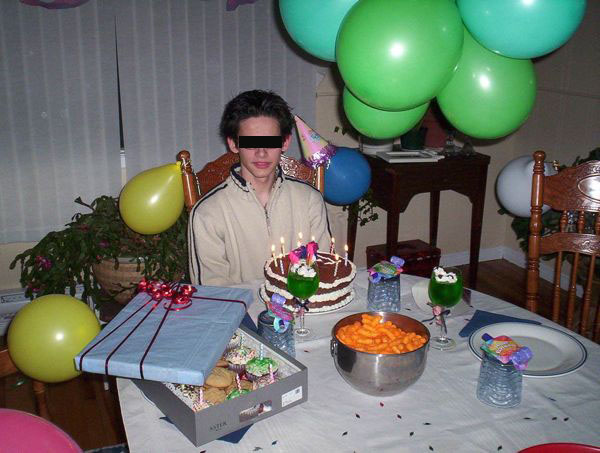 Welcome to my crappy party.

I like to think that if I had taken delivery of a child on the same day I launched this site, they would be walking and pointing at things, and maybe even uttering a few words by now, or whatever two year olds do. Of course they would also still be making the poo in their own pants as well, so at least in that regard, this site it totally parallel.
To celebrate properly, I have a reasonably extensive mail bag that I’ve been sitting on which I would like to dig into presently.
Brent sent me an email that just had a photo of this shirt and no information about how one might obtain one; 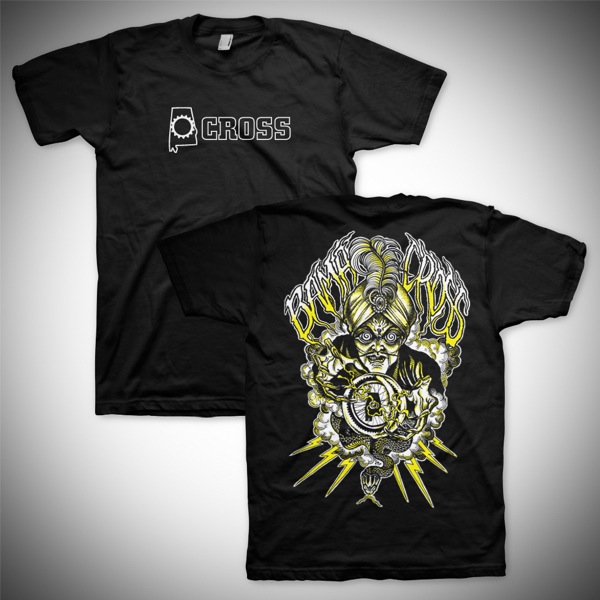 At the bottom of the email it simply said ‘check it’. That there’s what I did, and also what I guess you are doing now.
I also received a correspondence from an individual named RL. He’s representing an upper body cover as well which he elaborated on thusly;
“Hello Mr. Stevil,
I was wondering if you could help spread the news about a little initiative that I’m heading up for our website. You see, we are taking pre-orders for these super sweet looking Pink Tuxedo jerseys and for every piece sold, we’re donating $5.00 to the Susan G. Komen Breast Cancer Foundation;

If would do us the honor and post about it on AHTBM, we would be tickled pink…get it? tickled pink…
Thanks again
—
RL Policar”
‘Tickled pink’… I see what he did there.
Appreciating my sadness regarding Olympiagate, Captain Sporty Pants sent me the following;
“The good old days….This was in Oregon a couple years ago.” 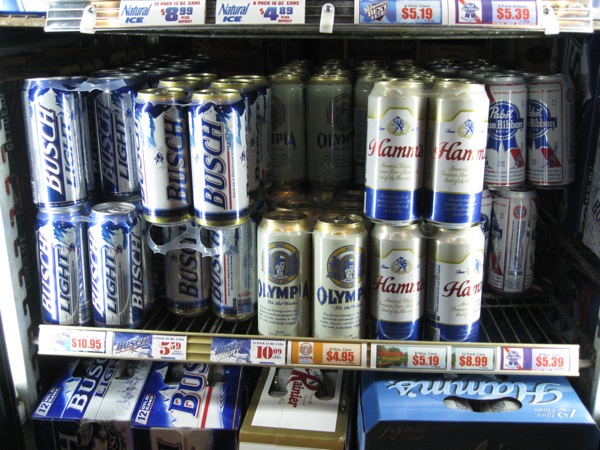 $4.95 for a sixer of Oly tall boys? I lament the change that has befallen us.
And how about the $10.99 for a twelver of Busch Light? That’s the least you’ll ever pay for the most diarrhea you could hope for.
Michael sent me a nice website that if you have kids, you should forward to them right now.
Things I did last night.
You’re welcome.
Then Joe did me a solid and sent me a photo from the finish of Tour-Day-France Number One; 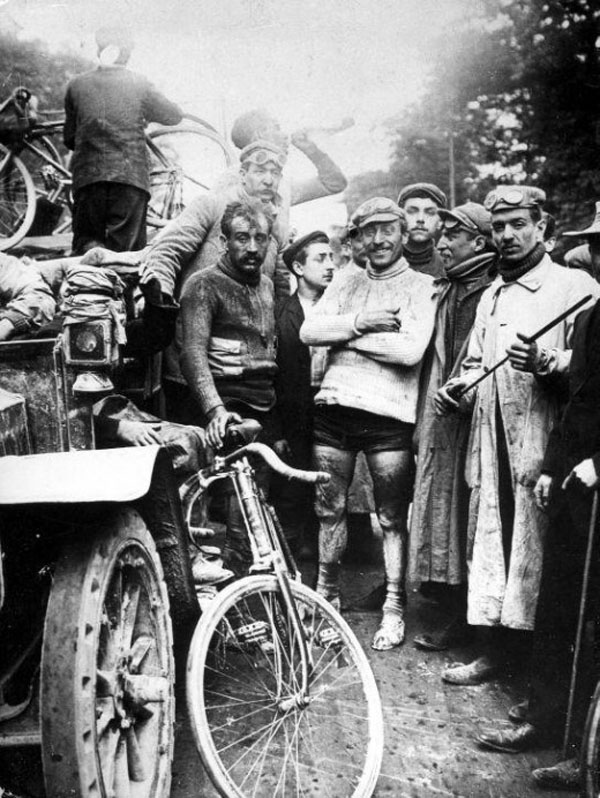 Not a syringe in sight. Just some Daisy Dukes and a whole lotta moustaches.
Speaking of both of those things, Morgan Meredith (who, according to his website lives in Santa Ana, which is no longer the case) sent me a shot of GenO, which if you don’t know the man, sums him up pretty succinctly; 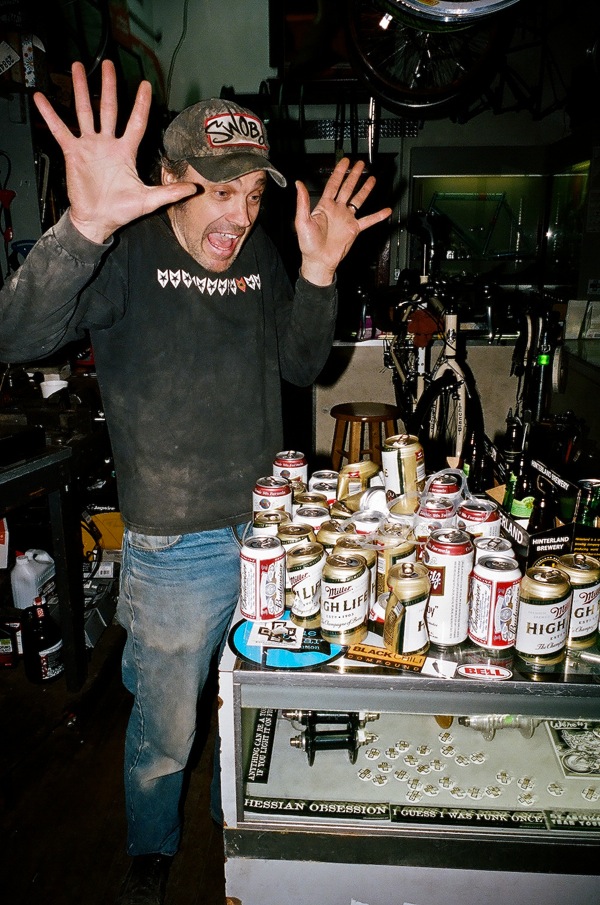 In Gene’s club house, you play by Gene’s rules.

In news of bicycles and bicycle riding, my P.I.C. Mr. Blacksocks and I recently took a trip through an area that I like to refer to as ‘Little Belgium’. We zigged where we usually zagged and wound up finding a whole new route neither of us had ever seen before; 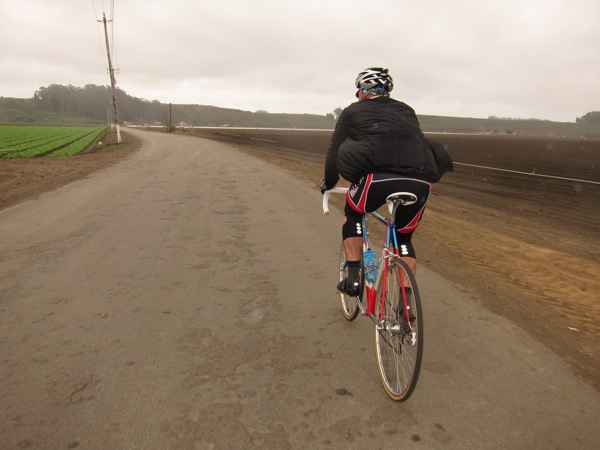 (This is not a photo of said new route. This is a photo of pre-zigging.)
We eventually took a break to remove a bulk of a chain link fence from Blacksocks’ tire; 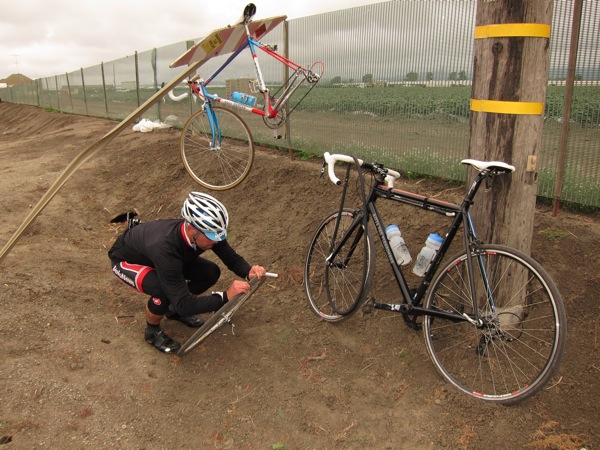 Clearly when you have tape and saddles as pure as the driven snow, turning your bike upside down to work on it is absolutely unacceptable.
It’s with that, that I announce the end of today’s post. It was a mediocre one, but considering that I’m only two years old and just pissed my pants, that’s gonna be a given.

16 Responses to “Happy damn birthday to me.”