Kicking things off today with no direction in particular, we have a notification from Handsome Cycles about their upcoming 2012 launch party;

For folks in Portland East (remember, that’s what I affectionately refer to Minneapolis as, and vice versa) this might be an event worth taking note of. They will have their whole line of new bikes out on display, not the least of which might be the limited edition Handsome/ AHTBM collabo;

Crappy obligatory teaser shots.
It’s black, it’s steel, and it’s gonna be on your want list. As soon as we sort out the details on this project I will have information available here.
What I can say with certainty is that this particular frame will be married with Handsome’s new sealed bearing coaster brake hub designed by none other than The Master of Disaster himself, Mr. Wakeman Massie; 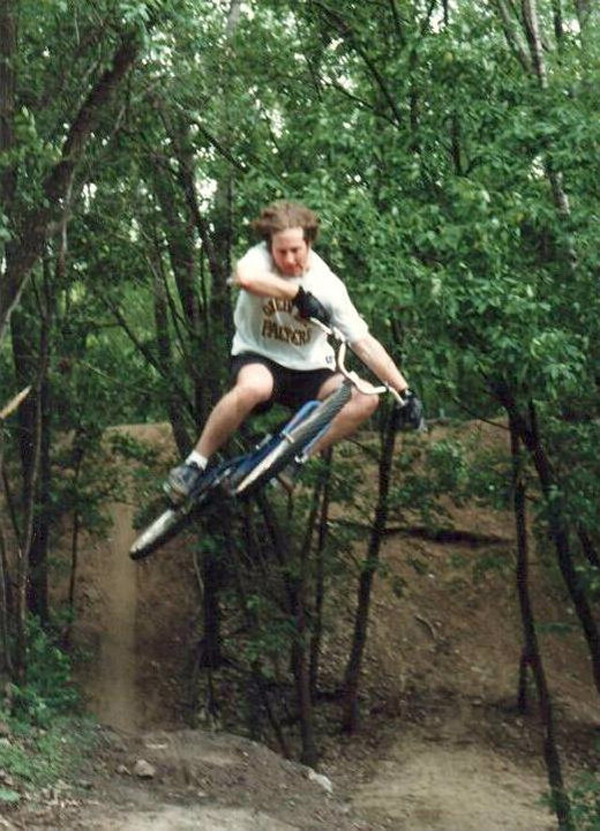 If you enjoy your bicycle rides, chances are Wakeman had some influence on that.
Last week I mentioned that Soulcraft, Paved Magazine and myself were going for a third round of the industry bottom dweller’s party, and that we had something very special planned. This was true… We did have something extraordinarily special planned, but money became a factor, and considering that we are all fledgling enterprises, it was that factor that lead to our plan’s undoing.
This was disappointing for us to say the least, but we are committed to pull it off at some point. For now we’ll just go back to our favorite little juice joint on the strip, and commence with the hand slapping and the ass grabbing;

Spread the word early and spread it often. There are no invites, no velvet ropes, no buffet tables and no comped drinks. Just come and spend a fun evening with a bunch of handsome individuals bent on eventual world domination.
“When does the party start?” you might be asking.
When we are all there having a party, will be just after the time that it started.
A person who isn’t afraid of making the party is one M.A. Hunter. We broke off the other day to partake of some rad getting, and I realized after a few shots were snapped off, I’ve never taken a bad photo of her;

I enjoy riding a bicycle with her because she has such an infectious love for it. Even if you start a ride kind of down in the dumps, watching her completely enjoy herself always makes the clouds part.
It’s good to keep at least one person like that around you at all times.
Mike sent evidence of some of his handy work at Colorado’s recent speed cycle classic, which was ably documented by Rich Vossler;

I am indeed a big fan of the stencil.
Speaking of which, Curtis sent in a shot of the Black Market stencil, but with the colors reversed;
“Throwin up interior walls in the garage to get the shop going. Threw this up as well.

Damn, that’s a lot of throw up.
Party,
C”
That doesn’t make any sense to me at all. It’s supposed to look like this;

While we are discussing non-essential items that I sell to help me buy food, pay rent, and basically survive so that I can continue writing things here on this website day in and day out, I have two new pieces on the block which you surely cannot live without.
Who in their right mind don’t need a wristband?

I mean, besides a person with no wrists I suppose.
I also have this new decal emblazoned with I very important declaration;

If you’d like one, you should buy one.
In closing, and on account of because we haven’t crossed paths with any art that doesn’t suck in a while, I’d like to introduce New York painter Brett Amory;

It was in the new issue of Hi Fructose where I was recently re-introduced to his work and his new paintings are as good as any he’s done before.
One part Eric Fischel, one part Doug Schneider, with a pinch of Larry Rivers, Amory brings a clear moodiness to the table with concise and intentional brush work. Having long been a fan of painter painters (as opposed to drawer painters, of which I very much am one I’m afraid), Amory’s work speaks volumes about his comfort with his chosen medium. Being able to achieve such depth and texture with such a limited pallet is no short order, once again reminding me where in the pecking order I exist.
It’s always good to keep sight of your mediocrity.
We have finally arrived at the conclusion of today’s post and I feel pretty good about it.
That is with the exception of the fact that we never discussed trikes or rusty toe spokes, which I all but promised in the title, but I guess we always have Friday.
Or never.