Given my recent absence, today we will not engage in any bush-beating-around-ing and we will get right to business;

One might wonder what this image has today with the above sentiment, and I can only say that from my perspective, it is clear based on the woman with the ledger and the bell, that getting down to business is exactly what these ladies have in mind. At least the two closest to us and the woman behind the desk are serious about their objective. The two on the far end are too busy goofing off and will probably miss out on some very important information. It’s completely beside the point, but I also find a great deal of pleasure in the fact that this caption is a bit long, and as such takes some time to read, resulting in at least one person having to explain to a co-worker, compatriot, or companion just why exactly they are staring at a photo on their computer of a group of older ladies wearing nothing but their finest Sunday hats and various bits of pearl jewelry.

First up, my old friend and new neighbor JMac sent me the following image at the very tip of Saturday morning with no explanation;

Then again, I don’t suppose an explanation is really necessary.

Speaking of JMac, this past weekend, he and I met up with another long time compatriot named Dominic for an all day adventure in my new, old, new backyard; 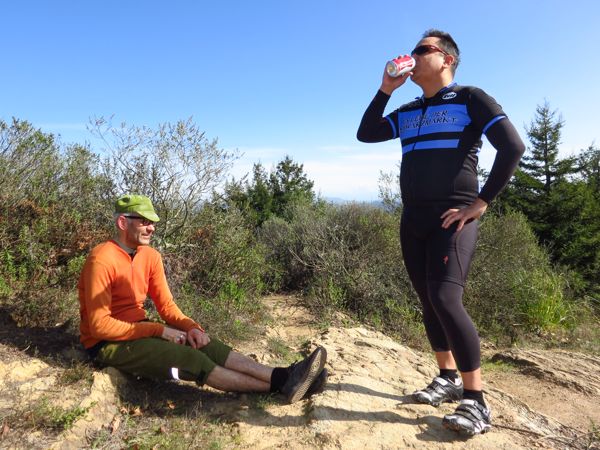 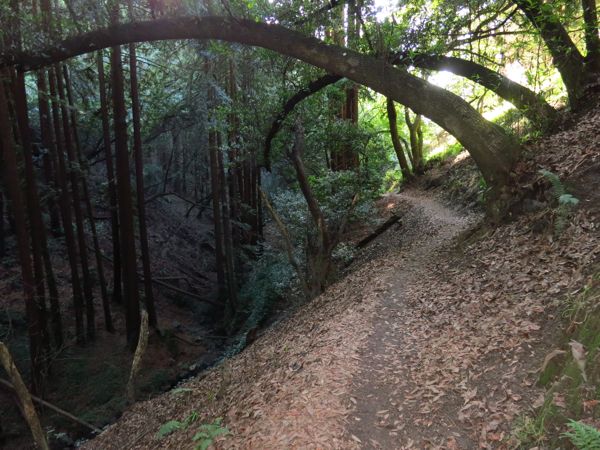 It was a fine day to be sure, complete with the exploration of an old creepy cabin; 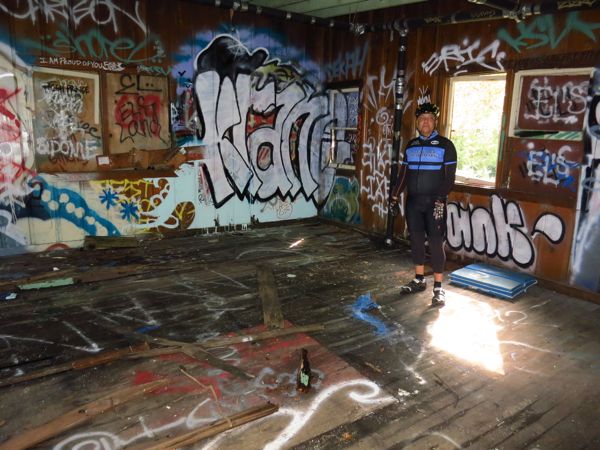 The contents of which were puzzling to say the least; 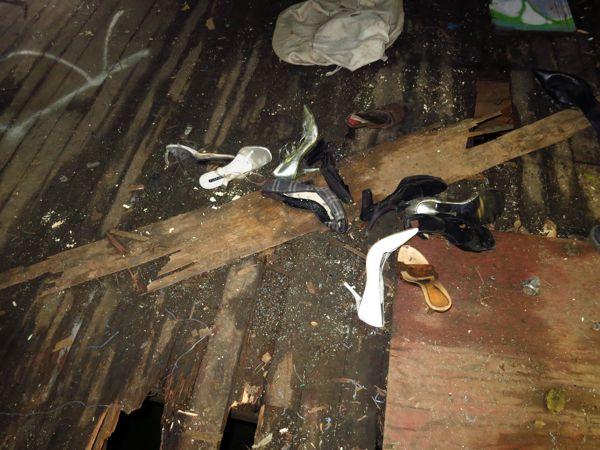 It was a perfect afternoon of zigging and zagging and catching up on old times and new, when I found a fat wallet beside the trail. I opened it to find a bunch of money, I.D., credit cards, and so on, but it wasn’t until I pulled out every single bit of the wallet’s contents that I finally found a phone number for its owner. I made the call and it seemed as though the fellow on the other end of the line had taken a spill on his mountain bicyclecycle and was unaware that he had lost anything at all. He’d mentioned that he was currently sitting with a bag of frozen edamame on his forehead which apparently had a considerable lump on it.

We hatched a plan to meet up later that afternoon, which we did and I was able to give Rocco his stuff back. He appreciated that.

He asked if I would like a reward to which I responded with, “ordinarily just knowing that you had your wallet back would be reward enough, but I happen to be broke, so yes, please.” He laid a couple of twenties on me and we parted ways. This was especially fortuitous because just a couple hours later I made my way to San Francisco to meet up with the lovely and talented Jesse Lee Denning and Amanda Lynn, where I promtly threw most of my windfall away on cocktails. However between their graces and the company of my considerably better half, I didn’t much care; 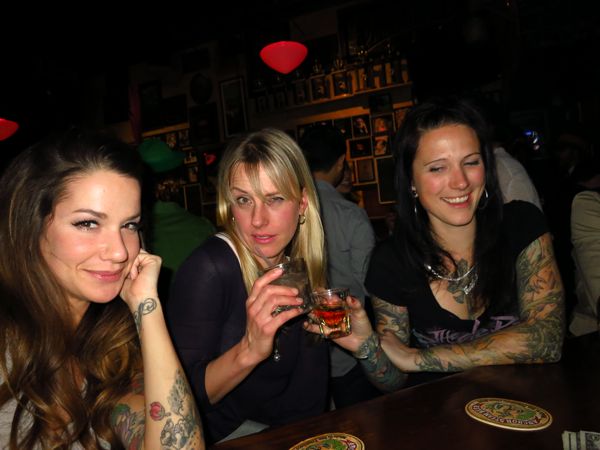 So besides riding my bike with friends and hanging out with vixens, I think at this point you’ve noticed that I’ve been busy finally putting the finishing touches on the Black Market’s facelift.

Truthfully, I really didn’t do too much of anything aside from complain and whine a bunch as Cobra Commander and Gary Simms turned all the knobs.

To be a perfectly frank, I’m damn happy with how it turned out and I am proud to finally have this task scratched off my bucket list. It might not seem like that big a deal, but believe me when I say this has been in the works for like, three moon cycles.

Please note that I have upped the real estate for the residents of the Maximo Supremo section, and included a new one with the addition of Raleigh Bicycles. Visit them all with frequency and give them as much of your hard earned cash as you can afford. Without them I would be a shell of a person, or would at least have to snort my coke through a denomination smaller than a fifty.

Now if I can just figure out how to use this new platform, we’ll be good to go.

To quote one of my favorite bands, “I can’t believe I got this far with a head so empty.”

In closing, The Zoltron™ made contact with the story about  a bus driver getting a mere seventeen months in prison for intentionally hitting a cyclist. The story has made the rounds, so I post it here for the one person who hasn’t read about it yet.

If I were to pick going head to head with a psychopathic English coach operator or a pack of naked grannies, I’d pick the latter ten times out of ten.

14 Responses to “Tom Thumb, Tom Cushman or Tom Foolery. I date women on T.V. with the help of Chuck Woolery.”