Here we are in AHTBM’s 499th post and it feels like just yesterday I used a Skynyrd song lyric to start things off with; 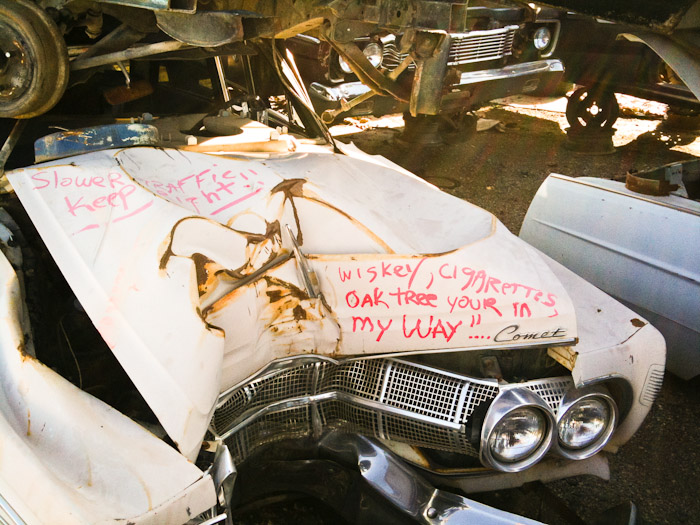 Photo by Joe Reifer.
Actually that was four days ago or something, but what’s 96 hours between friends?

Speaking of friends, besides all of us having a friend in Jesus (which is a given. It was in his contract.) We also all have a friend in someone who has nothing to do with the previously mentioned carpenter other than that he’s comfortable around children and he likes to party; 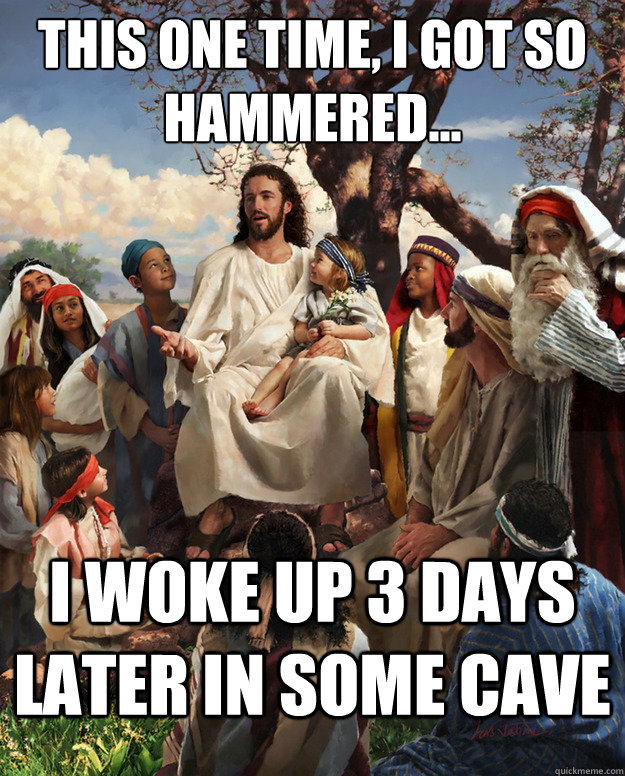 The person of which I speak is none other than The Bike Snob who generally resides in the Hamptons, though occasionally in New York City. As a follow up to his first book, the old sod has come back swinging with ‘The Enlightened Cyclist‘ and has a tour kicking off directly.

Check and see if he is coming to a city near you and then go to the store to buy some glitter to throw in his face.

He won’t retaliate because he has soft typing hands.

Another person who makes a blog and then made a book was the cyclist who isn’t fat but is called that anyway.

It was in January when Fatty generously sent me a copy of his new book; 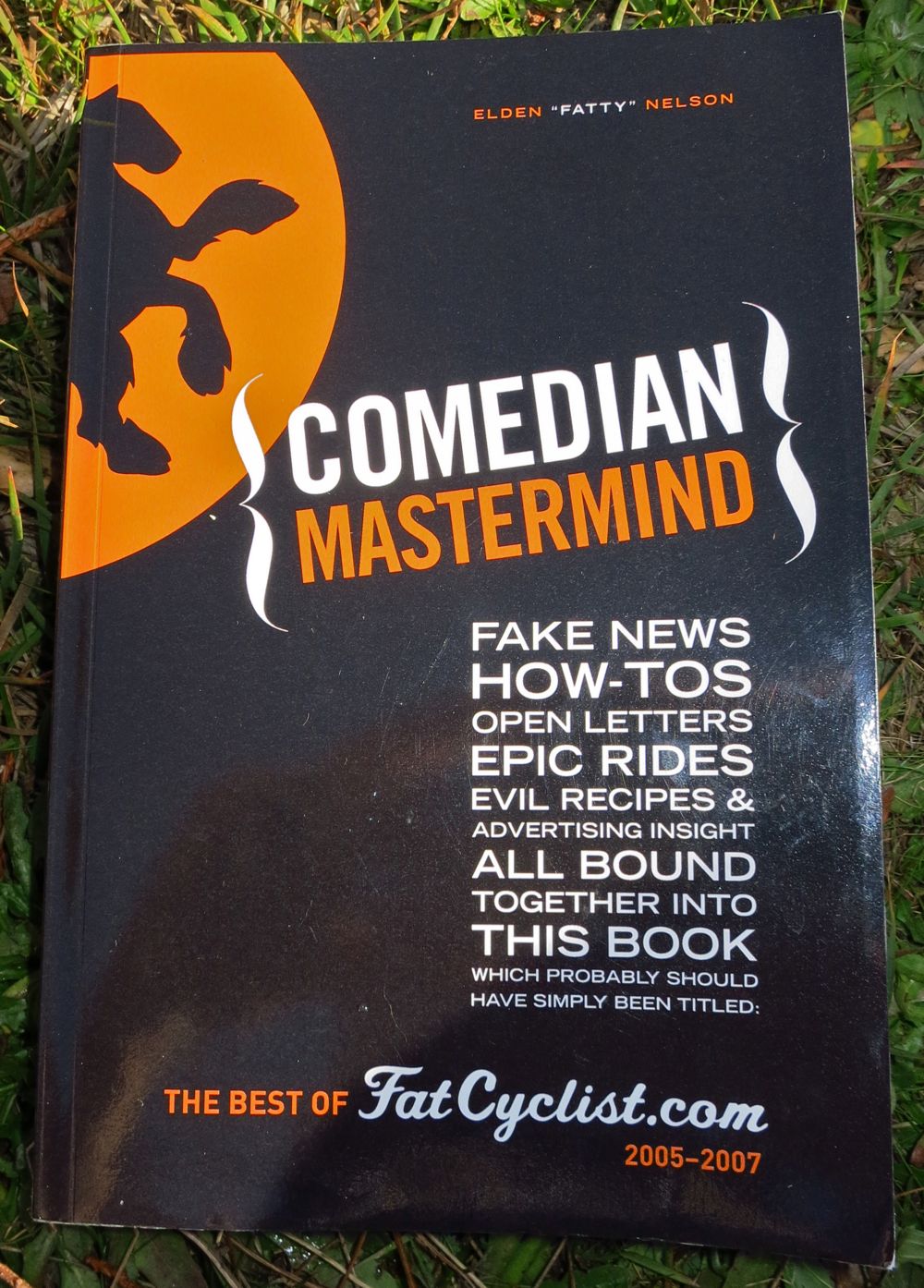 Reading at a rate that would make most third graders grimace with embarrassment, I was making my way though it, when the recent residential transition fell into my lap and all extra curricular activities, including reading went straight out of the window and into the garbage can. Now that the dust has settled, I’ve found time to finally finish ‘Comedian Mastermind‘ and as one who appreciates the lost art of story telling, I quite enjoyed talking a trip through Fatty’s past mis-and-adventures.

Truth be told, my tastes in literature tend to run a bit on the caustic side, and I had just finished reading David Cross’ ‘I Drink For a Reason‘ when Fatty’s gift arrived. That said, my pallet was slanted but I appreciated the effort and dedication he applies to his craft just the same. Though I’m months late on this, if you are a fan of the Fat Cyclist’s style of webloggings, pick a copy up for a friend, and then steal it back from them just to be a dick.

One day I will grow up and I too will write a book also maybe but probably not.

Another bloggifyer who may or may not have a book is Lucho from The Cycling Inquisition and he recently made contact on a subject who is near and dear to my heart;

“Watching a feed of Tirreno Adriatico, I believe I spotted Glenn Danzig in the audience.

Maybe it’s a stretch. Maybe I see Glenn everywhere, but don’t we all?”

Heaven knows I certainly do, but I tend to be a dreamer and as such, see only what I want to.

Another dreamer in our midst is Joe Doom who sent me the following Craig’s List ad; 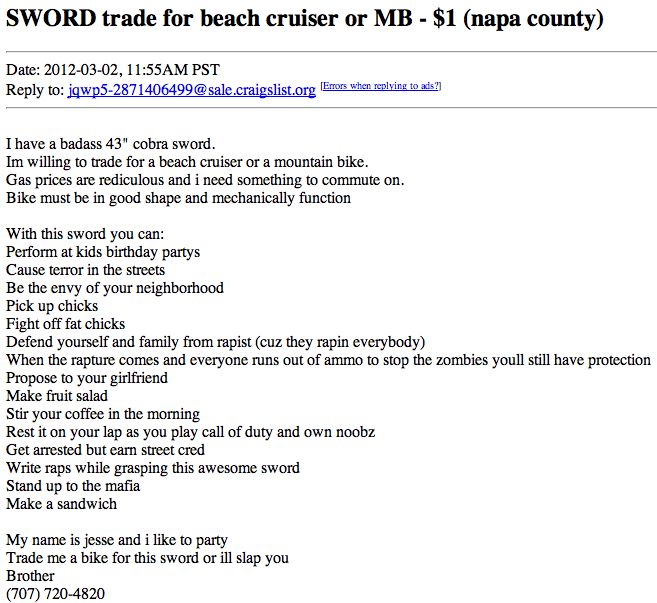 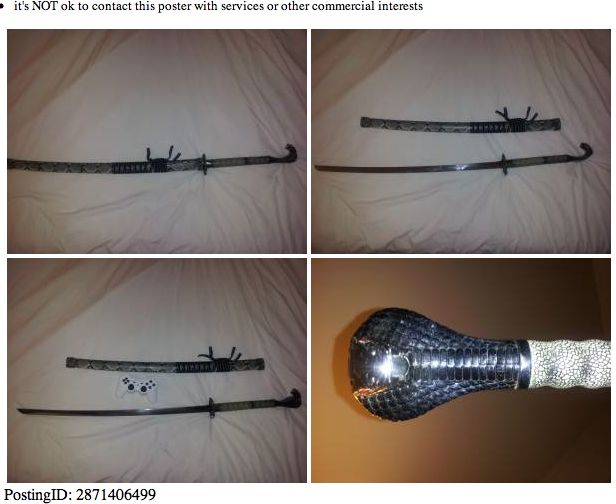 Show me a person who says they don’t want to stir their coffee with a badass Samurai sword, and I will show you a damned liar.

And while we are on the topic of half and non truths, Mike Geraci sent me an image he shot of yours truly some years ago buying into a fib hook, line and sinker; 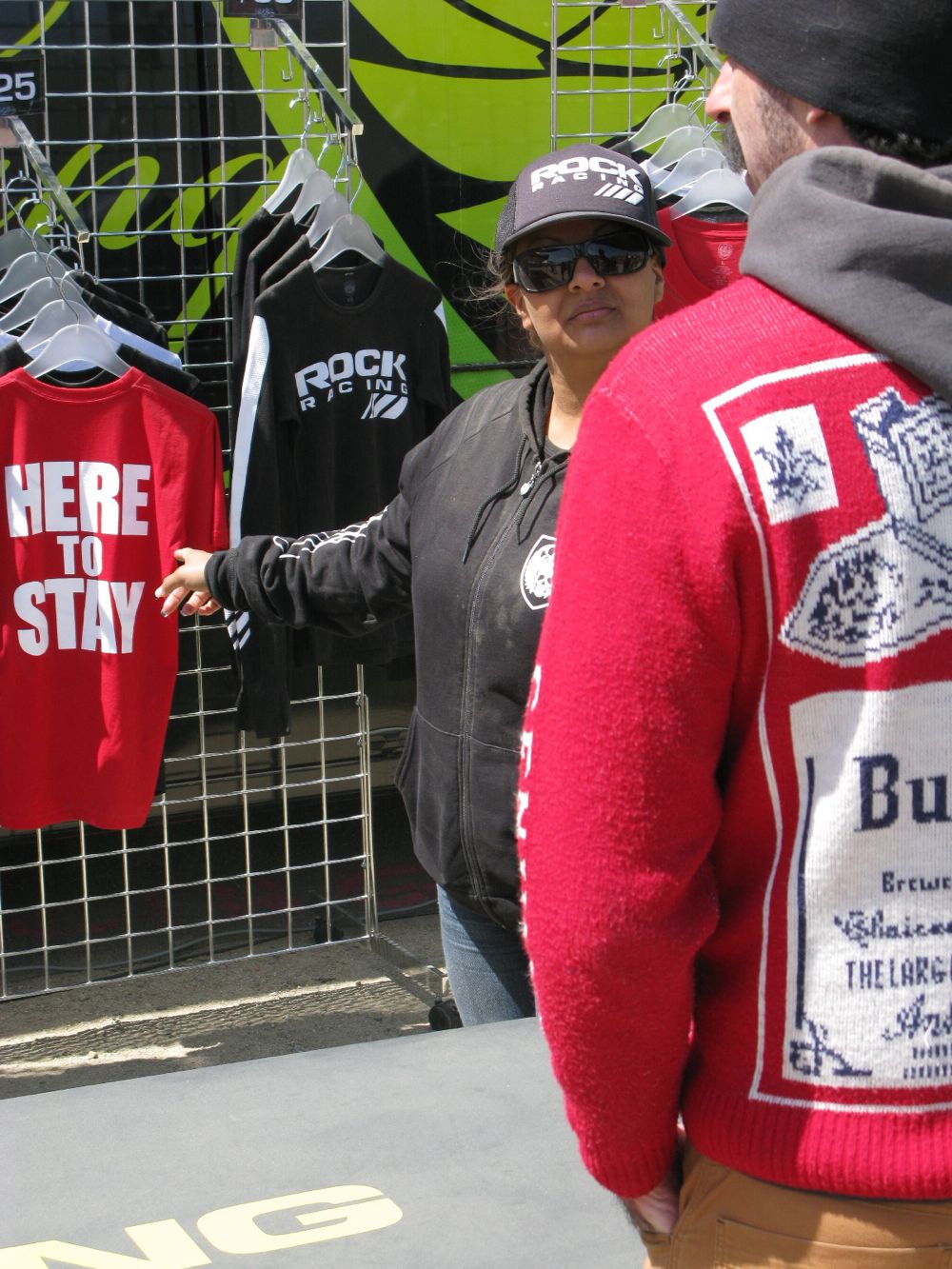 I offered them twenty dollars for their Easy-Up tent, which they declined, however I bet they are wishing they’d taken me up on the offer now.

Though my tastes are clearly for the finer things in life, to close with and paraphrase another Skynyrd quote, otherwise “I’m a simple man“.