I am going to take a glaring departure in today’s offering and begin by discussing matters of a far more personal nature. 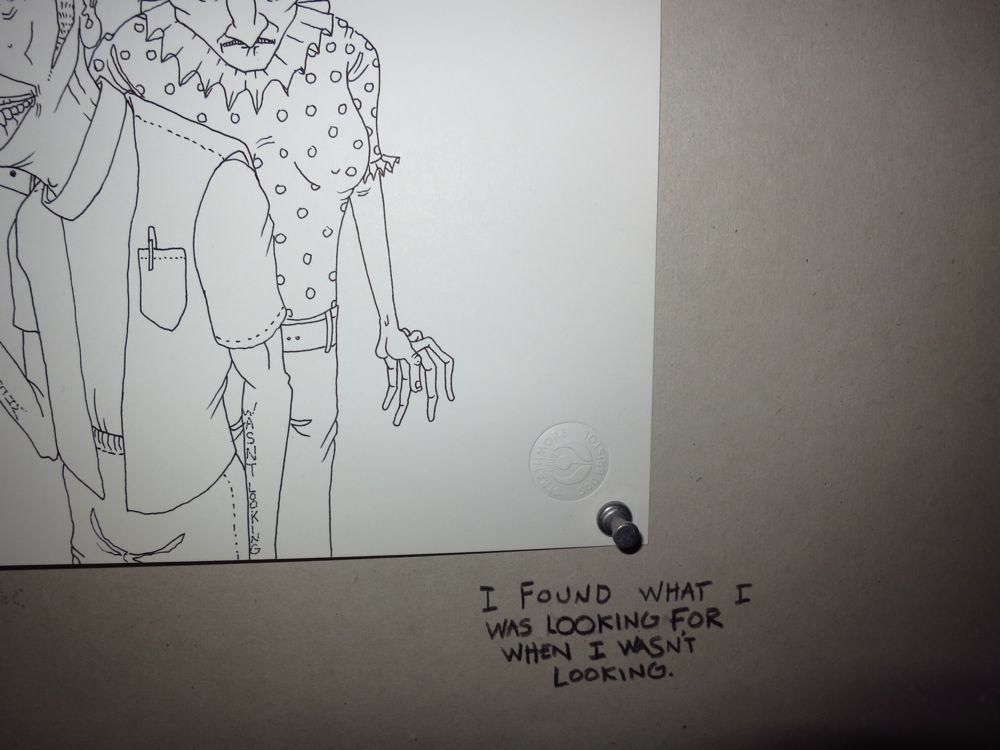 Ironically, while I wrote it I was listening to The Gutter Twins’ “We Have Met Before”, which as it turns out is a perfectly suitable musical accompaniment for the following;

The title of today’s post references a painting I’m working on currently, and was inspired by my recent trip to Portland East. I knew upon my departure that it would be filled with good times and blurry memories. What I didn’t know was that I would be laid flat with an epiphany about myself that would take several days to process. Without offering too many details, suffice it to say that no matter how far along one gets in this journey, the opportunities to learn about yourself and just what makes you tick are always present and seem to make themselves available exactly when you least expect it.

GeneO has long been an unwitting gauge for me and my life. After attending his and JennO’s wedding in 2000, I was overwhelmed with an array of emotions revolving around my own place in the human zoo, and if it might be in the cards for me to one day meet a counterpart. I have never been one who justifies their own existence based on whether or not they were partnered up. As a matter of fact, I was, for a good many years, a solidly committed bachelor. But between baring witness to Gene and Jennifer’s union and the impossibly high bar that the nearly ridiculous love my parents have for one another set, I had fairly well resigned myself to being single. This of course meant a number of things, including, but not exclusive to having an array of partners and untethered freedom, which for me anyway, meant very little and was ultimately somewhat destructive. It was around this time that a person came along and in a single twenty-four hour time span, set in motion a series of occurrences that made me reassess everything I thought I knew about who I was and what my motivations were in this arena of life. As quickly as she appeared, she was gone, and I found myself alone again and having to fight out of a corner that years of unknowingly misguided emotions had painted me into. Without the resulting heartbreak, I wouldn’t have been forced to make a shift.

Everything changed at that point and it’s taken a decade for the pieces to fall back into place. I realized after crossing paths with her again this past weekend for the first time since, that without our initial exchange, chances are pretty good that I would have remained treading water in old habits, which would have made where I’ve wound up today a near impossibility. Without that particular battle, I wouldn’t have literally been forced to reassess everything, and it took twelve years to finally gain perspective on it all.

I’ve had a far more involved discussion on the matter with my significantly better half, which makes me realize much more, that after all was said and done, I’m where I am supposed to be.

With that, I want to give thanks for entertaining my sloppy overspill, but after having been blindsided by this all, I found that I felt a need to regurgitate simply in order to see it in black and white.

Such is the plight of being a human animal and living, loving and finally, hopefully, even if it takes a quarter of your life, learning.

Now that I have bared my soul, let’s get on with the standard array of jackassery.

The following two bits showcase the talents of two Midwesterers, who some occasionally say are cut from the same, dirty cloth. The first being this video produced by Speedhound Bicycles, featured the considerably more clean cut Hurl of Cars-r-Coffins infamy;

They obviously edited out the part where Hurl turned Norman the tortoise into a sandwich.

The second spotlight will be shined upon the weathered majesty that is John Schreiner, who is swiftly becoming one of my favorite wordsmiths on, ‘Horseshit From A Dirtbag’ and his newest offering, ‘Take This Job And Shove It’.

Anyone who hasn’t at one time or another found them in the exact same scenario is either independently wealthy and has never had to convince a perspective employer of their worth or has long been blessed with the gift of unfaltering self promotion, I suspect neither of which applies to John.

Just as I typed the final period on that sentence, yet another dirt from Minneapolis came through with even more info for you to devour or ignore;

On the heels of the boozefest that was the Cutters Ball, two of your esteemed sponsors are back with a more family friendly event. 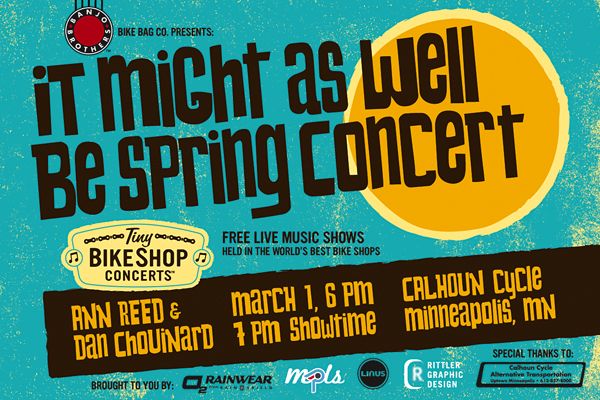 Ann Reed and Dan Chouinard are headlining – all I can say is there will be “hot accordian action.” And Free sausages grilled by the Banjo Brothers out back. One lucky attendee will win a hand- decorated Whitey Von Backpack; 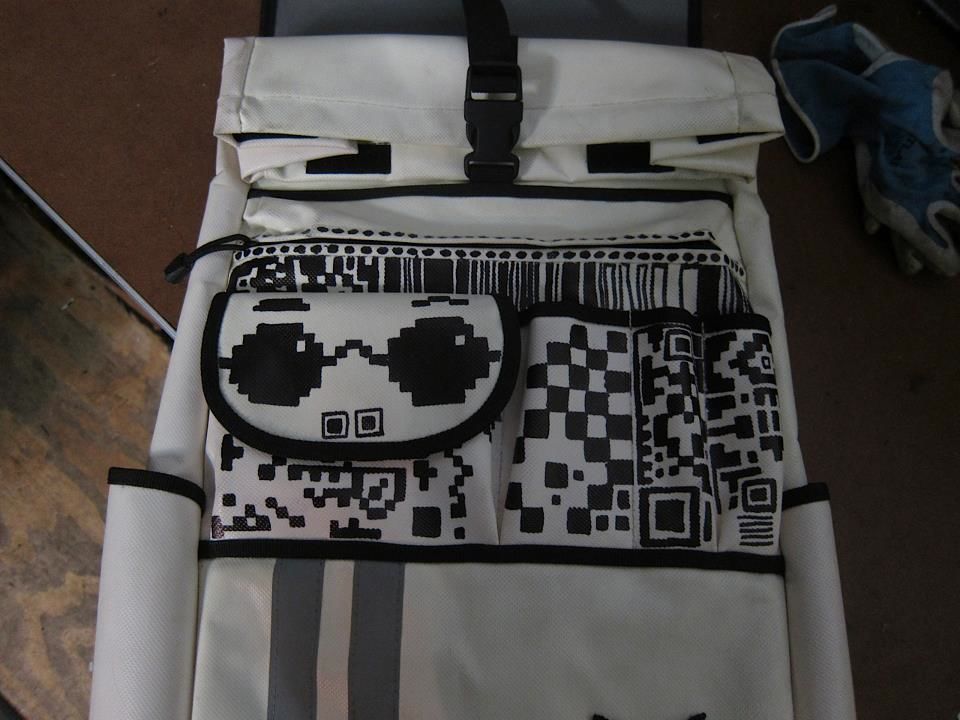 Plus, for promotional consideration, Linus has donated a Dutchi 1 which will be given away at the show.

We plan on coming your way to Oaktown – sometime in 2012 too- where the fine folks at Tip Top Bike Shop will host a concert. We wanted to let you know we’ll come over to drink your beer and sleep on your couch.

Of the many aspects I have found where my allegiance towards my Maximo Supremo advertisers is total, the one where my house gets ransacked by them always catches me off guard.

Either darkening my door to destroy my bathroom, or shaking up long since buried matters of the heart, Minneapolisins clearly have a magical way abut them.

18 Responses to “I found what I was looking for when I wasn’t looking.”