There was a boy who slept the sleep of innocence and dreamt the dreams of grandeur; 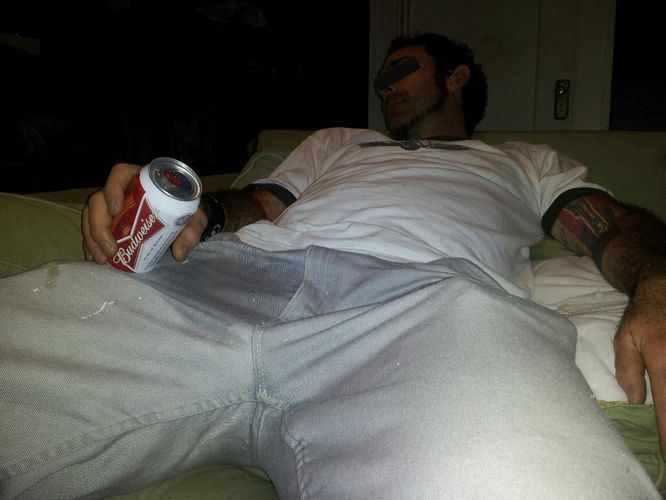 One of these dreams was to team up with Captain Dave and Cheever and make an Evil Cycling short film. Instead of launching yet another Kickstarter page, the boy figured, “why not make a thing and sell it, and use those monies to help fund such a project?” That way people actually get something for their hard earned coin, and then can also eventually enjoy the fruits of the labor that said monies would help fund.

But what would the ‘thing’ be?

After nearly thirty seconds of brain storming, I came up with just the doctor ordered; 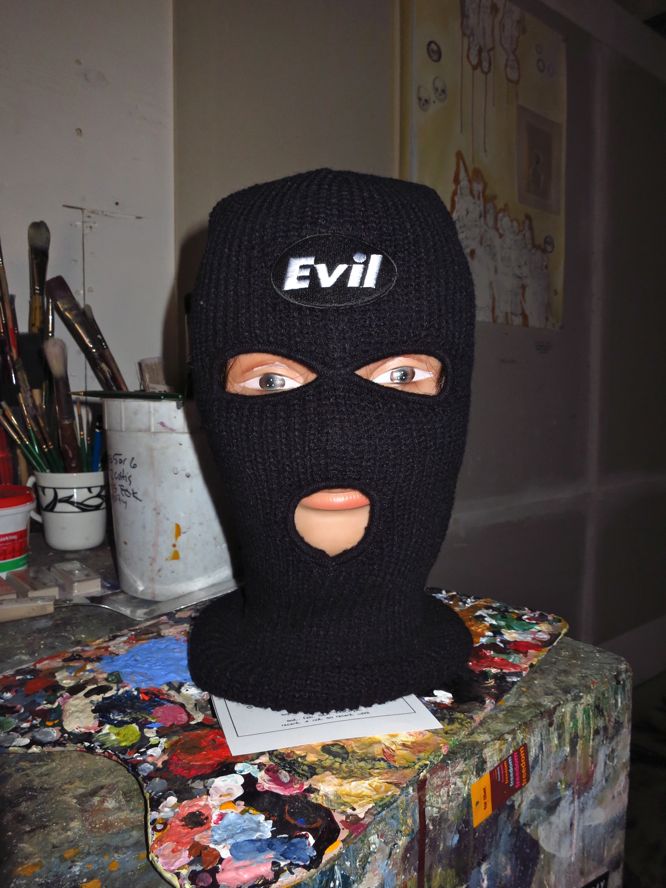 Anyway, so unlike a Kickstarter page, no one who contributes will feel all that short changed after we inevitably don’t get our acts together to make the film.
Plus, you’ll still have something to wear to prom and/or the RNC and we’ll have money which will probably end up on the floor at some bar or another.

Speaking of losing money in Minneapolis West, recent transplant and leader of The Cult of Velo, Sky Boyer drove a mighty hard bargain with me the other day and convinced me that instead of staying home this weekend putting tiny hats on my cat’s head and taking photos of him, that I should make my way up there for the grand opening of his new space and engage in some beer fueled hijinkery; 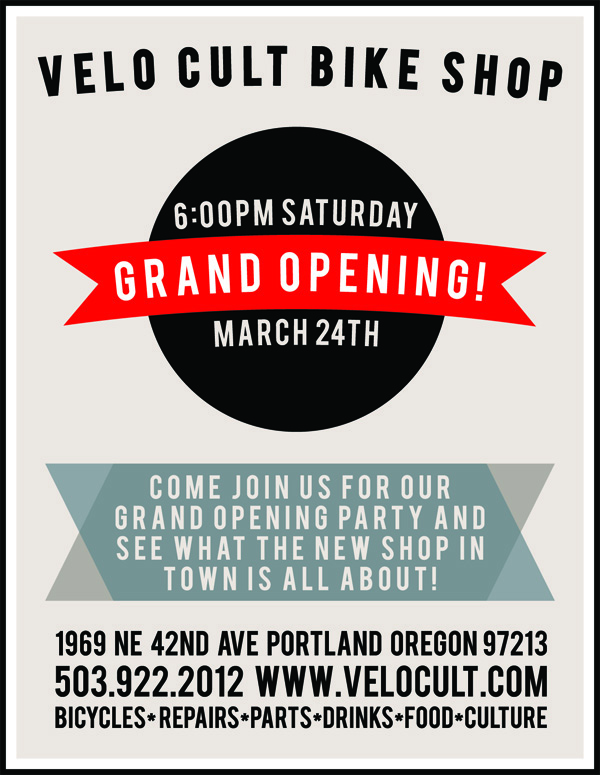 Now I don’t know if any of you had ever had the pleasure of visiting his shop when it was in San Diego, but besides having the cleanest bathroom of any bike shop in the history of the world, he has such an unparalleled collection of drop your pants and run into the night screamingly beautiful bicycles, that it might as well be a museum.

From the few folks who’ve had a sneak peek at what the Velo Cultists have assembled up there in PDX, I understand that this shop is poised to change all of the rules of game. If Velo Cult in San Diego was a ten, Velo Cult PDX is a solid 15, and I look forward to taking it all in, in three dimensions.

If you and all of your good looking friends would like to come out and help class up the joint, make it so.

Another individual who has been known to showcase all that sparkles is Andy from Fyxomacallit, and he’s come back swinging with his own particular brand of nonsense;

“You are invited as always to drag your drunken self through time, space and hemispheres to attend the 7th Annual Melburn Roobaix; 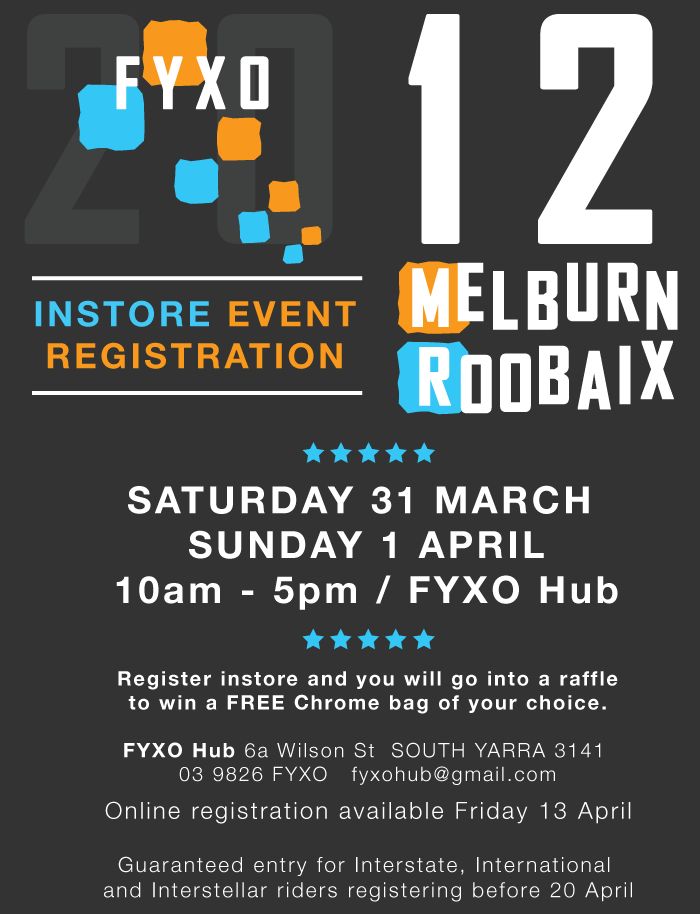 All cunts are welcome.
This year registration is earlier than ever and is next door to the World’s best bike shop if you want to get the before they are available on the interweb.
Surely another reasonably good reason to visit.

I was just talking with JMac and Tina B about the possibility of finally making a trip to the land of crooks and liars this coming Spring. We’ll see if my exorbitant blogger income can cover that.

In other news of bike shops that are museums that pose as bike shops, Lincoln, Nebraska’s Monkey Wrench Bicycles recently took delivery of a slice of snazz with the new Phil Wood ‘Philcentric’ BB; 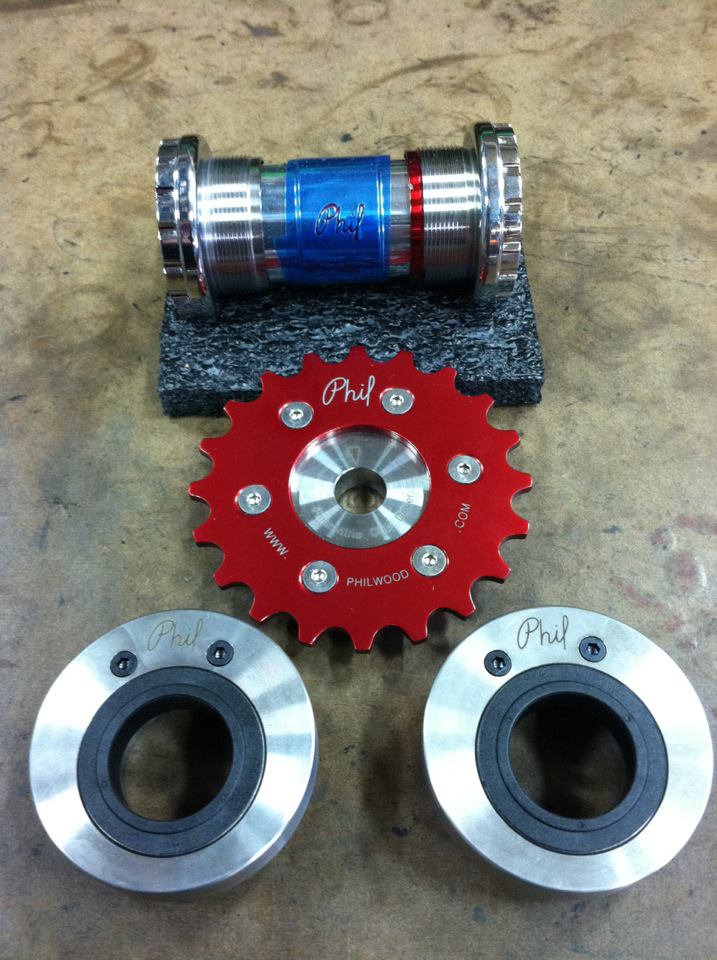 Good night Judy, that is a handsome piece of hardware.
As soon as I get my baby back from Bike Magazine, I think I might investigate one of those.

Then I will find out the price, and I will go back to cleaning my ears for fun, as that’s about all I can afford.

Then again, a boy can and will dream from time to time and in that world, nearly anything is a possibility.

9 Responses to “Once upon a time…”