that having a decent victory salute is almost as important as winning. 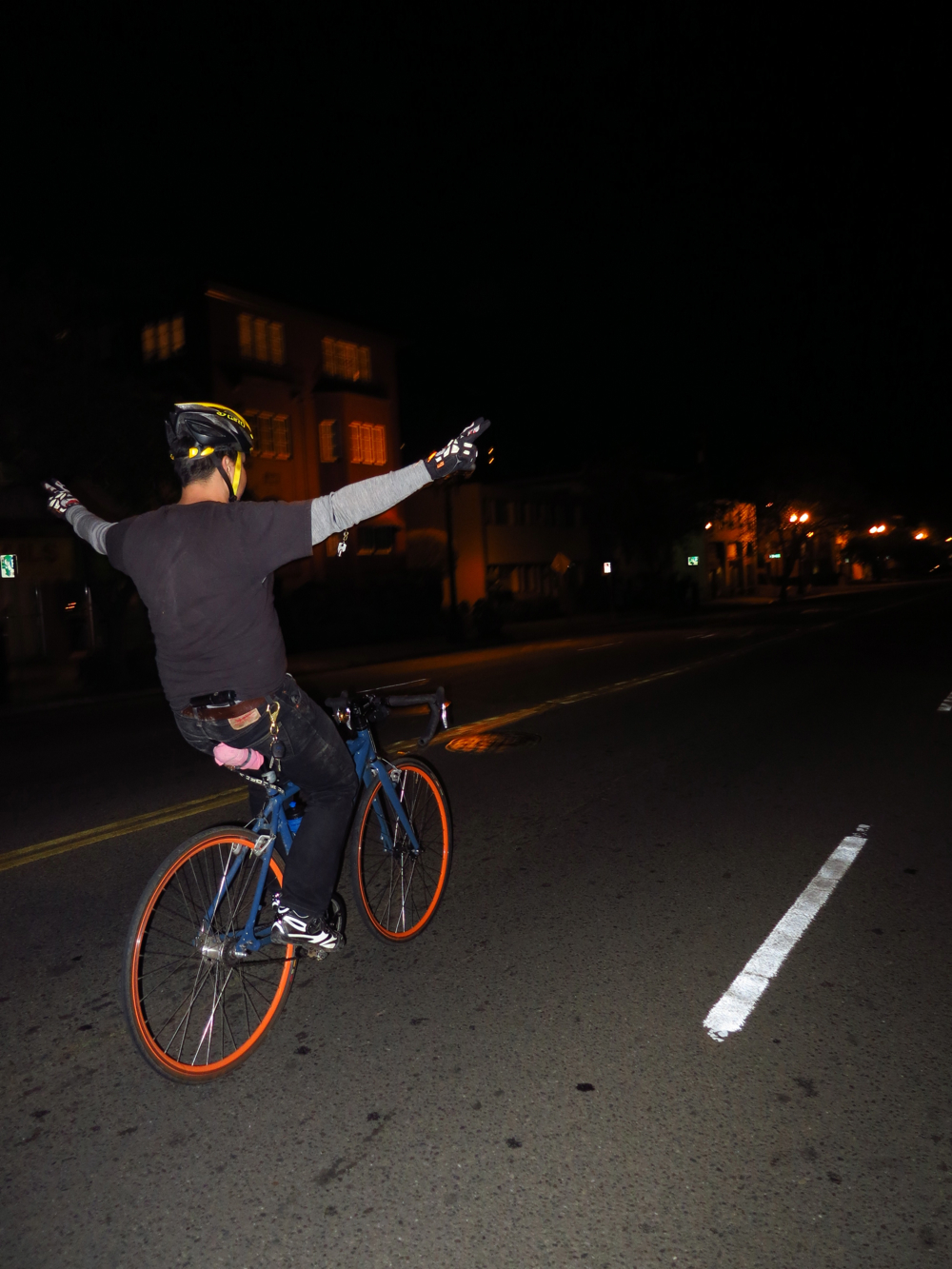 Sadly I’m only familiar with the former.

The time to get down to business is now, and we’re already off the back.

For those of who might follow my Twitterings, you no doubt have seen the riffage between the Vulture Brothers from The Whore Church (clearly not safe for work) and myself.
They are two individuals who generally portray themselves as dangerous riff raff, who also love cats, so they can’t be all bad.

Anyway, after four years of hard work, they have finally begun taking pre-orders on a video project called Whore Church Vol. 1, a pre-release copy of which they very thoughtfully sent to me last week; 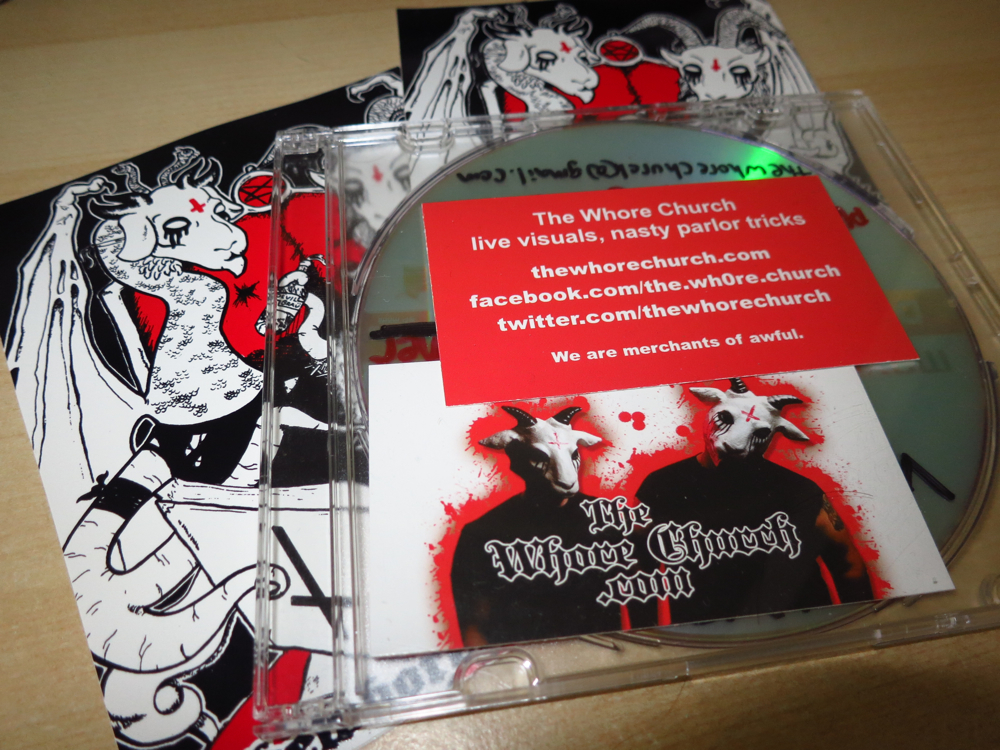 “How good could this possibly be?” I thought to myself. A couple of guys have a site that is filled with random images and video clips. What kind of a video could they make out of that? No sooner had I popped it in my player were all of my reservations dashed. It’s a solid forty minutes (or something) of the most perverse, and hilarious, and profane, and jaw droppingly awesome clips that their nearly limitless personal collection of random videos has to offer. If this were to have a genre it would fall in somewhere around Bhorrormoviecarexplosionkungfupublictelevisionporntoon, but that would still fall short of properly defining it;

If you are a fan of Heavy Metal and VICE Magazine, and/or websites such as GTI or other similar image farms, plus you have the sensibilities of a socially maladjusted thirteen year old, Vol. 1 is probably something you should have in your collection of things to watch shortly after eating a batch of your Gamgam’s glaucoma cakes.

Moving on to bike related musings, we should probably talk about this past Sunday’s Ronde Van Vlaanderen. It was filled with the spills, chills and thrills that one would expect when watching any of the classics, and of course you know by now is that Fabian Cancellara made a crater with his shoulder, and the handsome and occasionally coke addled Tom Boonan played a brilliantly strategic bikecycle race and edged out Italy’s Filippo Pozzato and Alessandro Ballan for the win.

Sadly for me, my internet connection is so slow that I actually watched Museeuw win.

Thankfully Andy came through with a highlight reel so that I could relive all of the best that this year’s Tour of Flanders had to offer;

Say what you will about him but that Boonan is a crafty bike racer.

In other news, I received a heads up regarding yet another Kickstarter project not relating to buying someone a tank of gas or a new pack of smokes, but rather an undertaking headed up by a young woman in Lincoln named Casey;

I wanted to see if you could help me out… I have started a kickstarter project to help fund a new collection of 100 one of a kind pieces of jewelry for the Cherry Creek Arts Festival in July. I am writing to you for your help to spread the word to help fund my project.

Thanks for just reading this email…..Oh and I look forward to my new AHTBM kit, especially the wind vest!!!

Just so there is an identity behind this project, Casey is a member of the Lincoln Pirates, crafts things of beauty that look like this; 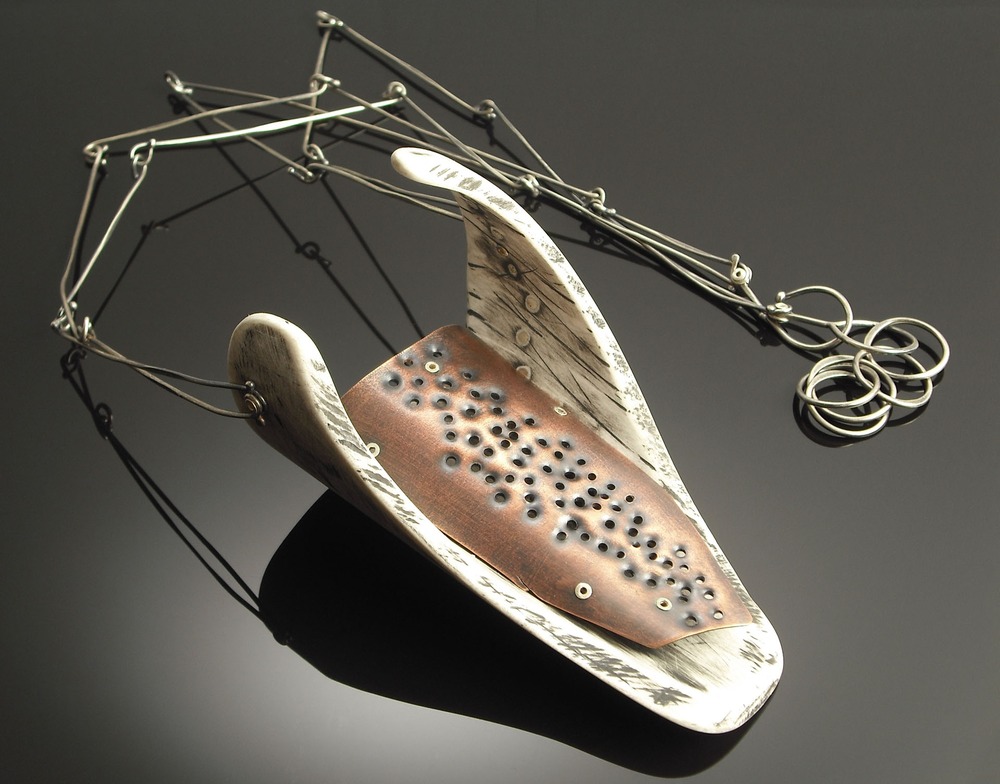 and is the type of person who’s not afraid to share some hootch; 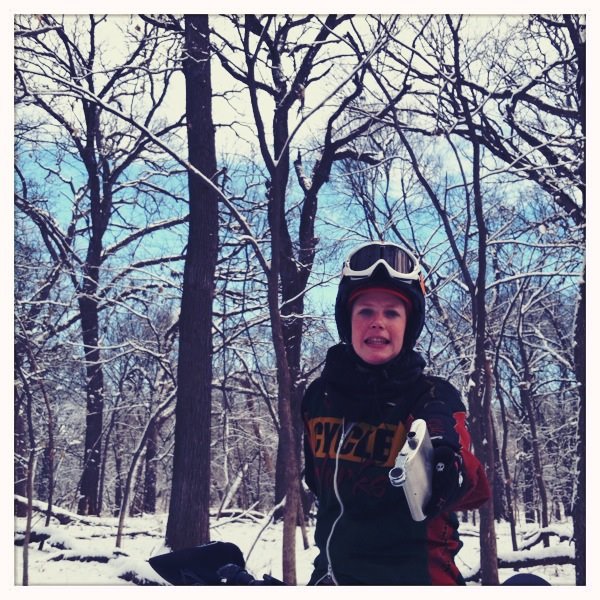 If supporting a project such as this is something the philanthropists in our midst can get behind, on behalf of Casey I thank you.

*This just in. Casey has happily met her goal, but wants folks to know that there are still opportunities o’ plenty to score some sweet loot.*

Back to the topic of things coming in the form of physical mail for a second though… In a week’s time I have received a number of items which I would like to acknowledge and publicly give thanks to the senders.

First I got an envelope of decals from (The) Drunk Cyclist(s); 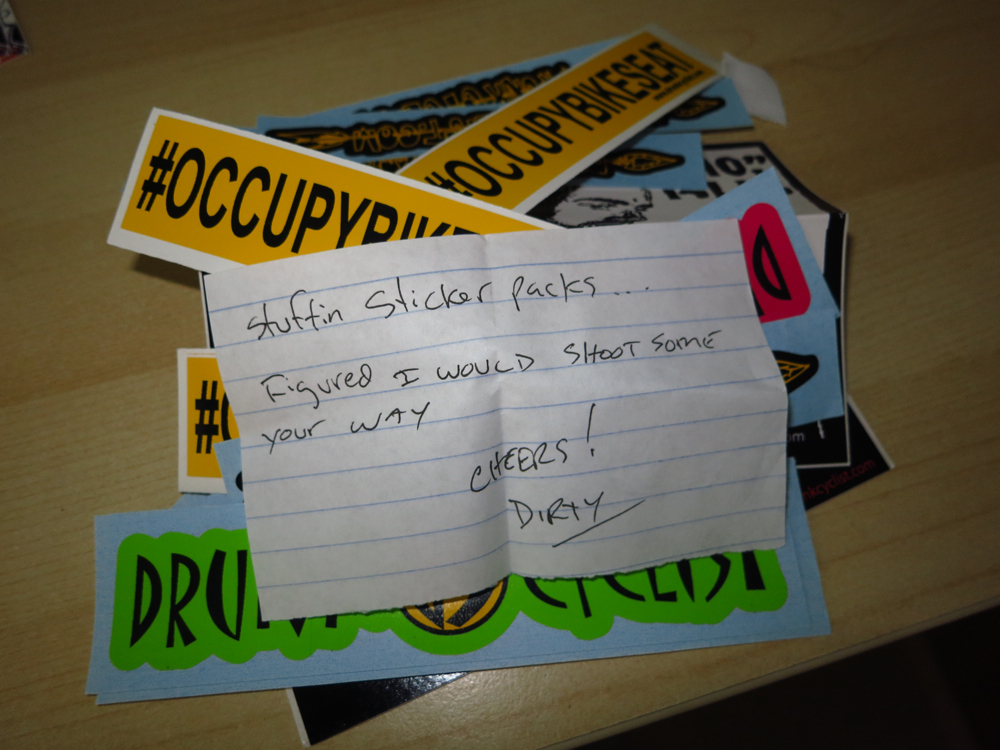 I also received an envelope from Marko on behalf of Maximo Supremo residents Planet Bike; 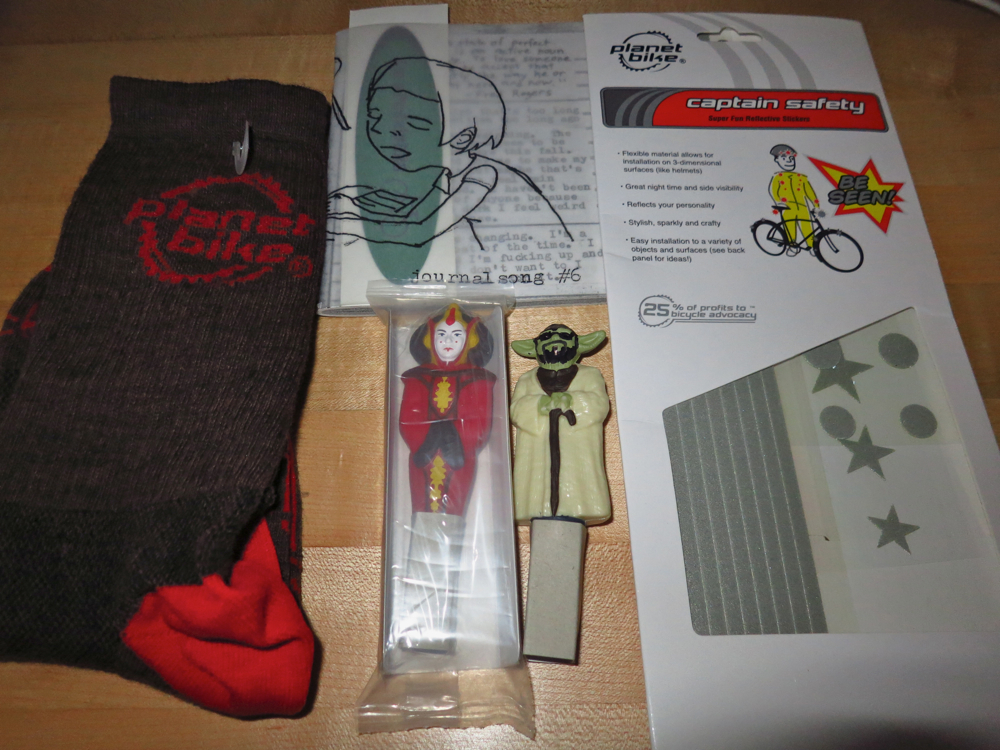 One item that was a bit confounding in the Planet Bike care package was the Yoda/Dude pen; 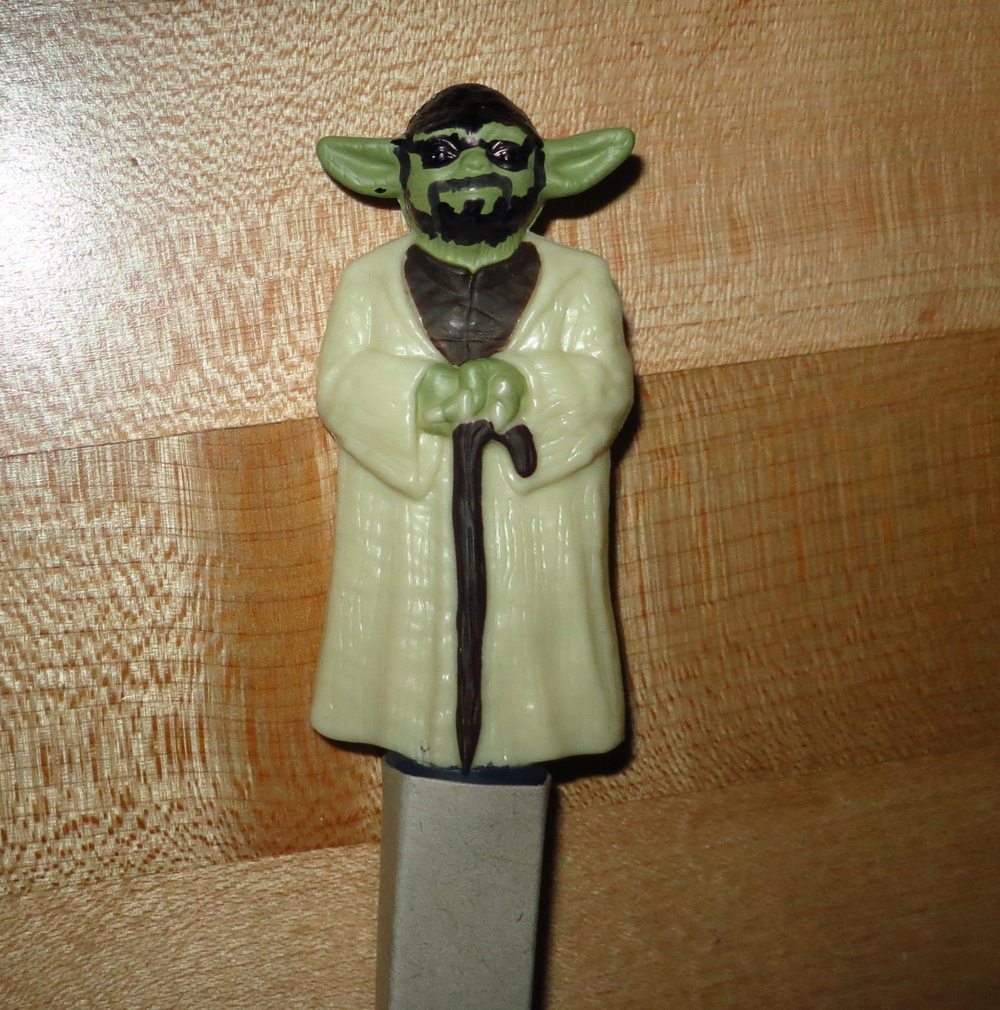 The only thing missing was a tiny White Russian.

Be writing many morning-after apology notes with that pen, I will.

Lastly, I took delivery of the remaining stock of Pentabike patches; 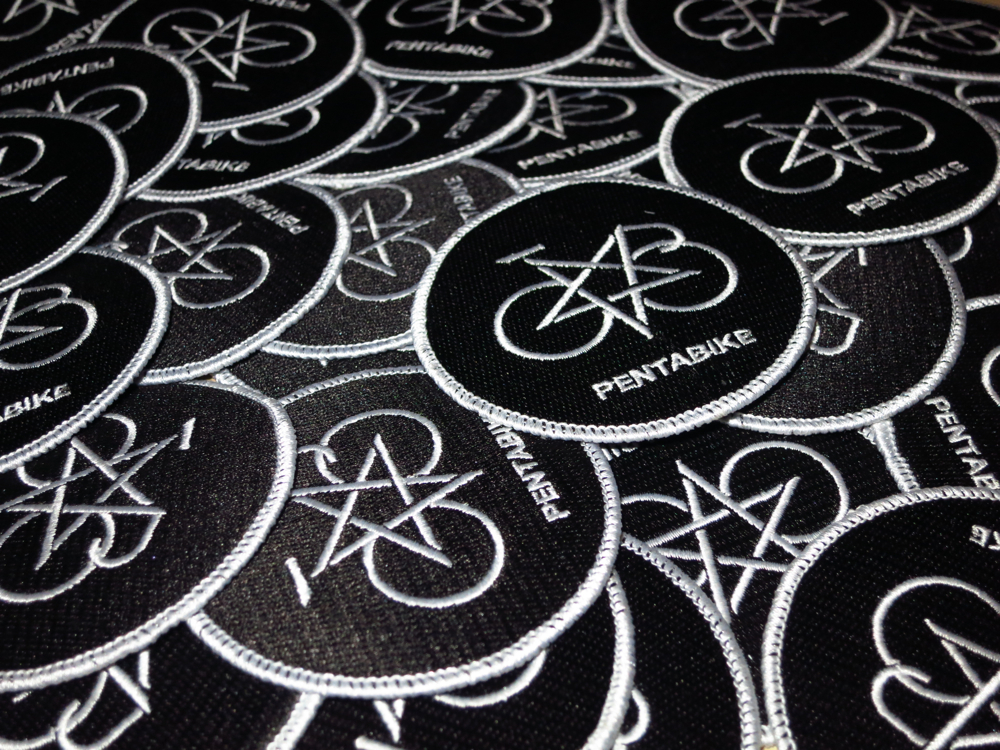 It seems that besides working a fully full time job, old 685 was having a rocky time maintaining his secondary business so he opted to temporarily close his doors and liquidate all remaining stock in a couple of directions. If you would like to get your grubby little hands on the last of his ‘Muststash’ bar plugs, The Nashville Bicycle Lounge has those, and if the patches strike your fancy, all you gotta do is head into my store.

And as we cross the finish line with all ten middle fingers pointed straight to the sky, we declare that indeed ‘arybody got they own kind of victory salute’.

7 Responses to “It has been said…”