No doubt the lot of you watched Tom Boonen deftly walk away from the entire race in yesterday’s Queen of The Classics, tying fellow countrymen Roger de Vlaeminck for four victories; 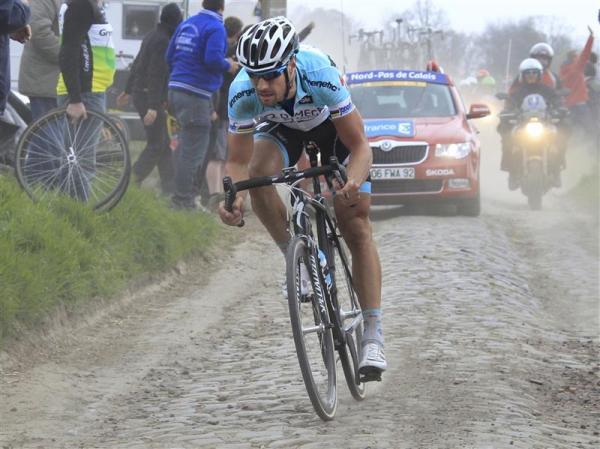 Boonen, who at one point was a minute and thirty seconds ahead of the chase group, lost a smidge of time as he finally came in thirty nine seconds ahead of Frenchman Sebastien Turgot, who was about a brazilianth second ahead of Italy’s Alessandro Ballan; 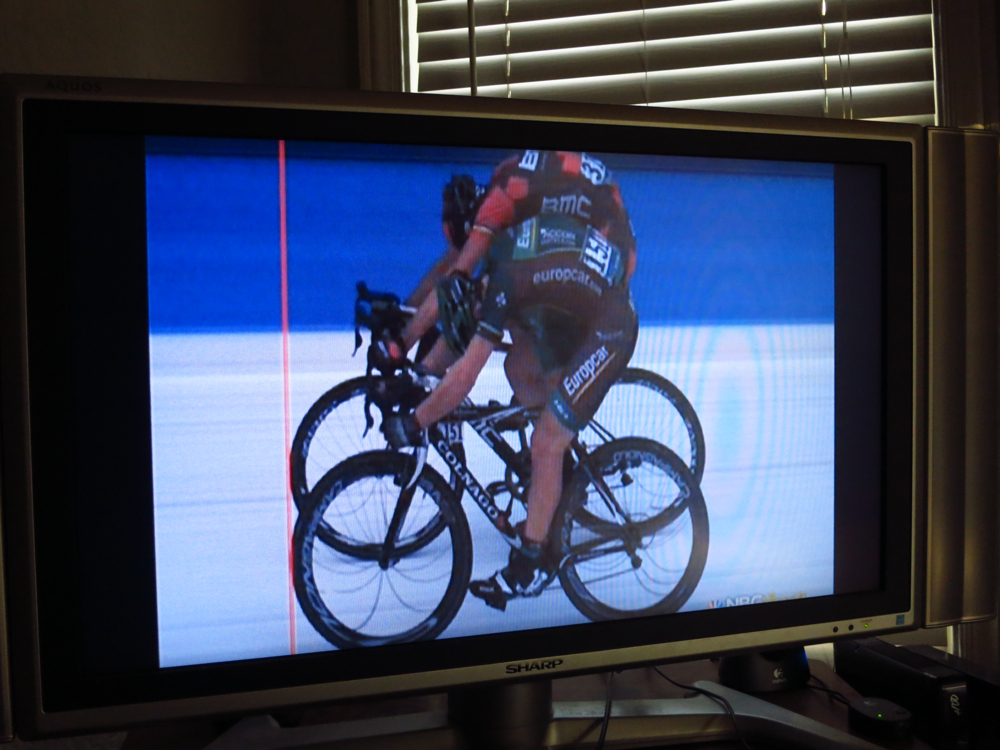 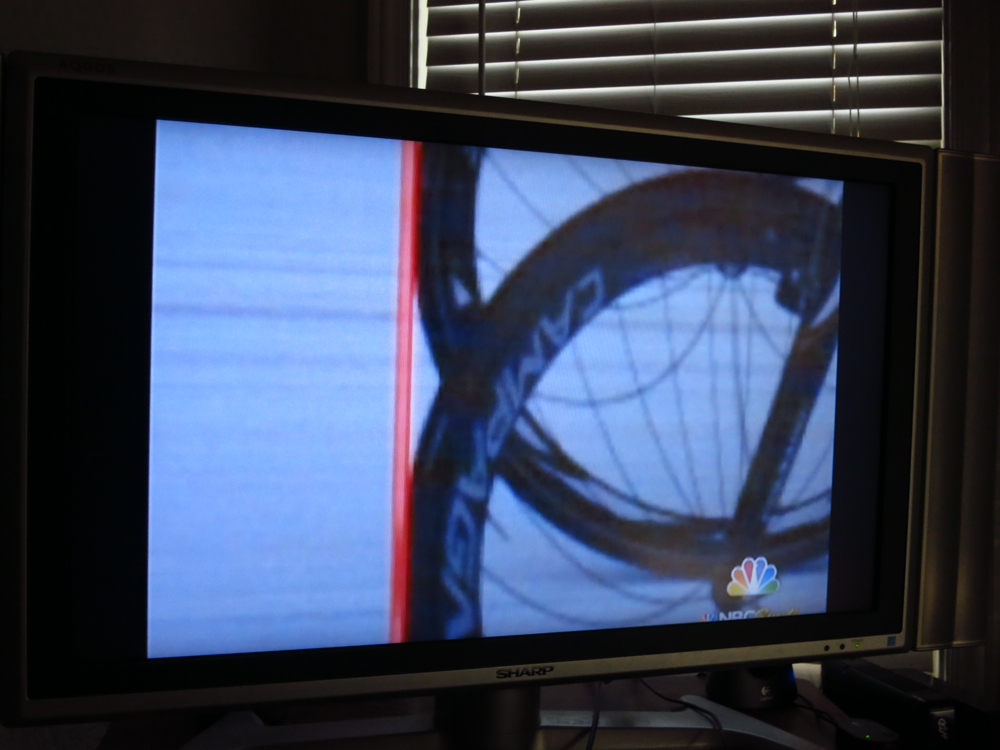 That’s damn close. Maybe they would have an advantage if they didn’t use rubber spokes.

And poor old Lars Boom, who fought as hard as anybody through the entirety of the race, only to get pooped out the back during the final (and clumsiest) sprint (in history) for second and third.

Well, it was a battle as anyone would expect, and commentators Phil Liggett and Paul Sherwin were as drunk as usual with banter such as this;

Once those words were uttered, I could only look at all remaining images thusly; 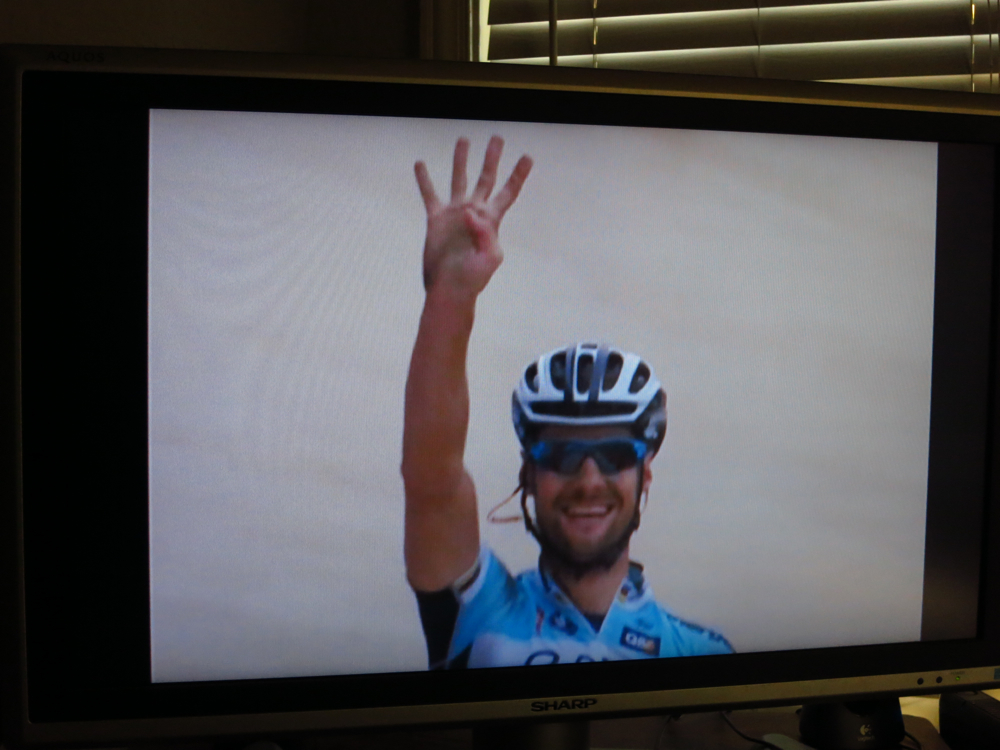 “I could easily eat four sandwiches.” 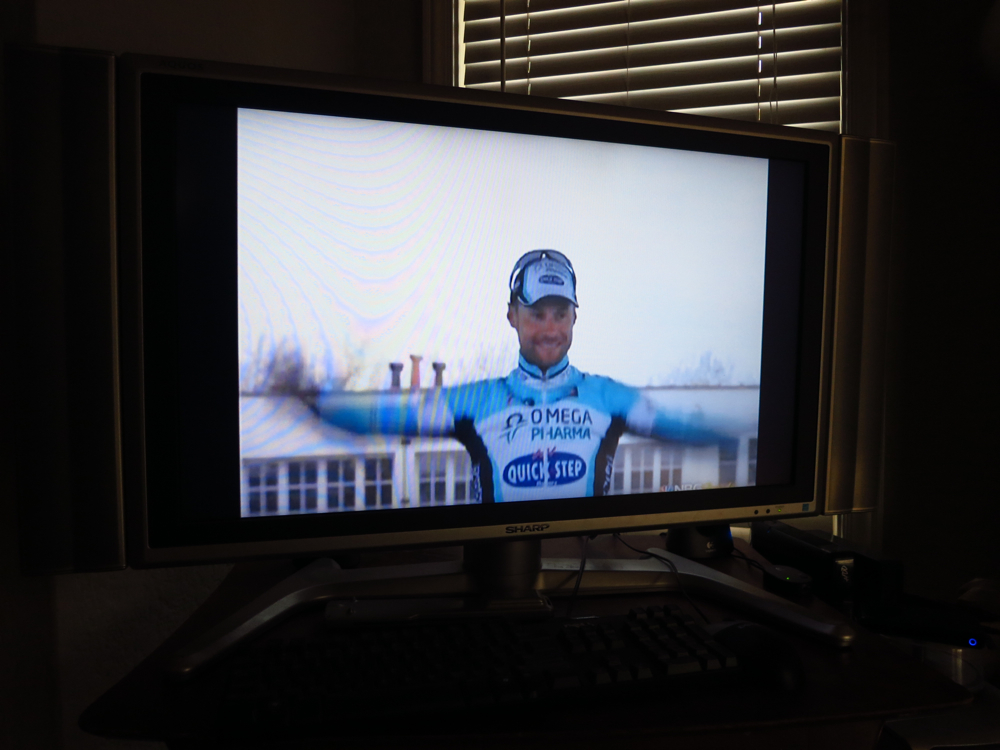 “I could eat a sandwich this wide.” 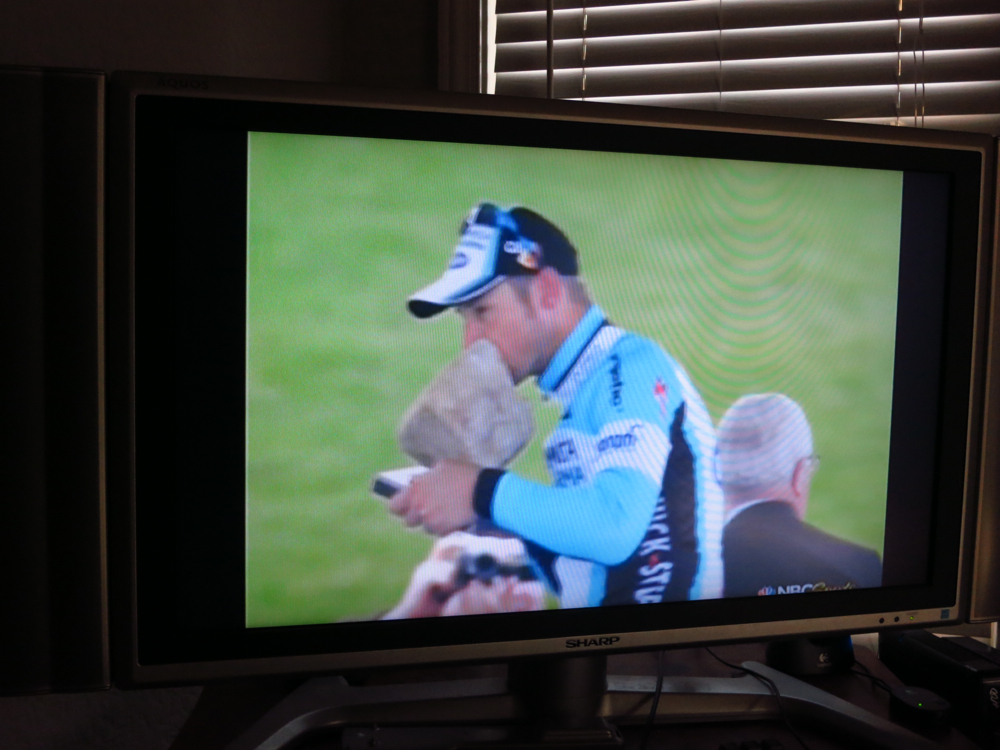 “I wish this was a sandwich.” 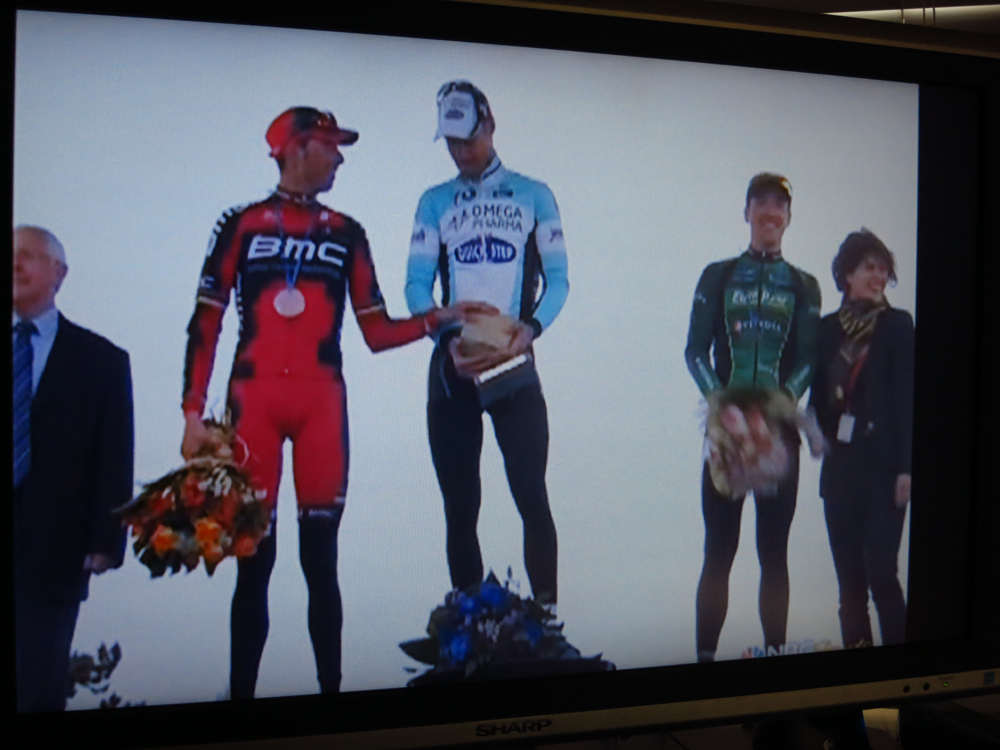 “Can I touch your sandwich?”

It was good stuff all the way around and I am only sorry that NBC (Versus. You know the ones who have a habit of cutting from the final sprint to pre-hockey game banter?) has their collective heads stuffed so far up their own asses that they begin coverage half way through and after Boonen’s insane effort 57k from the finish;

I mean, it’s just a bicycle race. Who in their right mind would want to watch that?

Speaking of the Northern Hell, recently added Maximo Supremo residents Spy Optics have got a fiasco cooking this coming weekend which any and all hard men and women are encouraged to take part;

“THE HELL OF THE NORTH HAS A NAME AND ITS INITIALS ARE B-W-R.

The most grueling philanthropic ride in North County History. 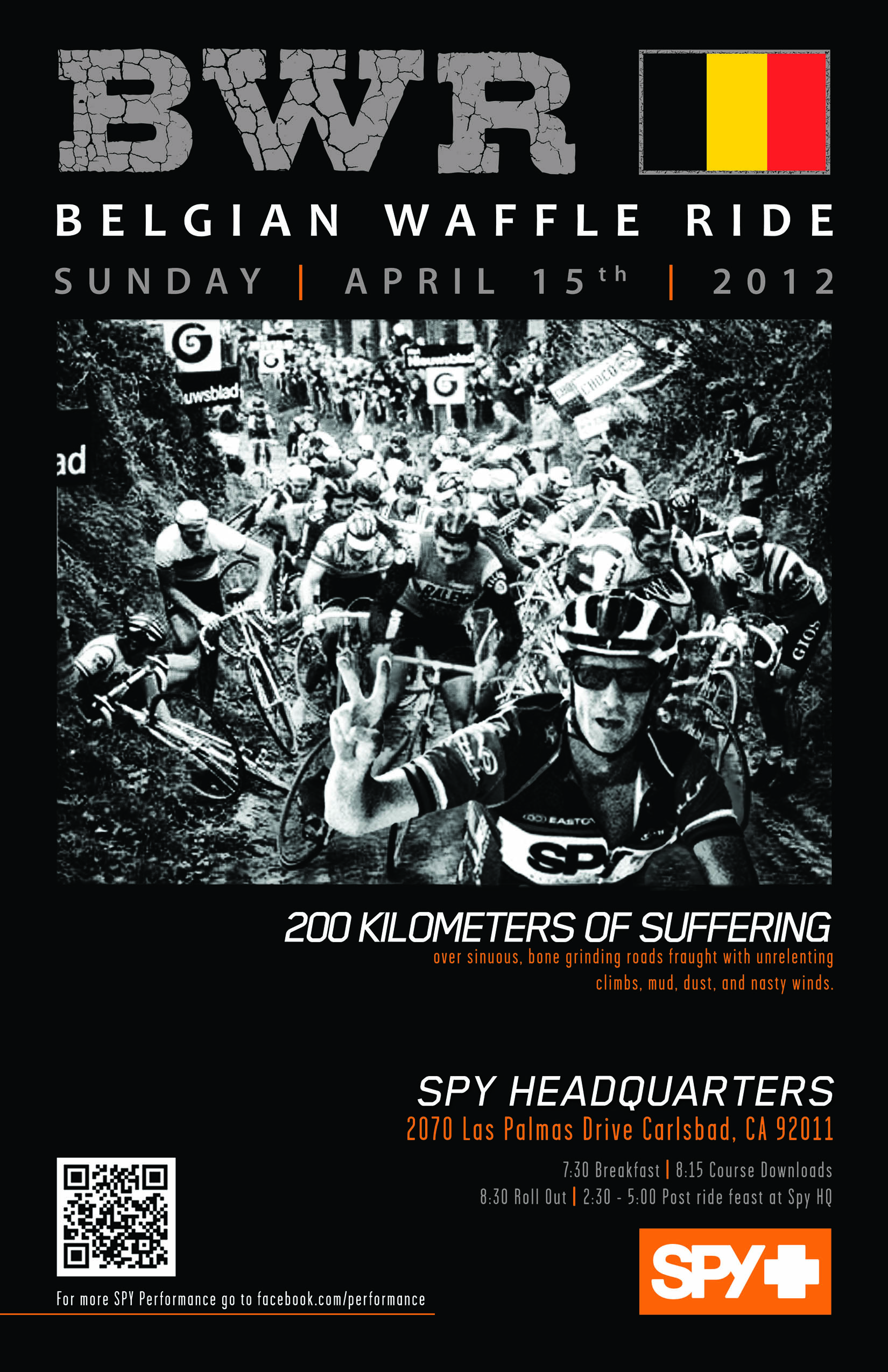 WHO: 100 to 150 invited bike racers. Olympians, World and National Champions, Tour de France Standouts, Pros, Bros and Local Heroes.
WHAT: The Belgian Waffle Ride. 122 miles (maybe more), 9,000 feet of climbing, Belgian breakfast kick-off, Belgian dinner and ale finale.
WHEN: March 25, 2012, 7:30 a.m. to 8:00 p.m.
WHERE: A North San Diego County sojourn, covering some of the most beautiful country in So Cal (TBA on race day)
WHY: To raise funds for the UCSD EyeMobile for Children, providing eye care for disadvantaged San Diego youths. To inaugurate the Spring bike racing season,
celebrate world-class cycling in San Diego, and for bragging rights.”

Mark your calendars folks. Not often can you take part in a hell of the North that is actually South of nearly all of the continental United States.

In other news, I have recently been experiencing a few mildly worrisome physical symptoms, such as occasional shortness of breath. Upon reviewing an EKG on Friday my doctor told me that I should avoid any physical exertion for the next two weeks until I can get an appointment with a cardiologist. In response to this news, on Saturday I met up with a handful of dirts as well as bikecycle racing superstar Carl Decker (and his moustache) and turned myself as nearly inside out as I could just to see if I could physically make my heart stop, which I’m sad to report I could not; 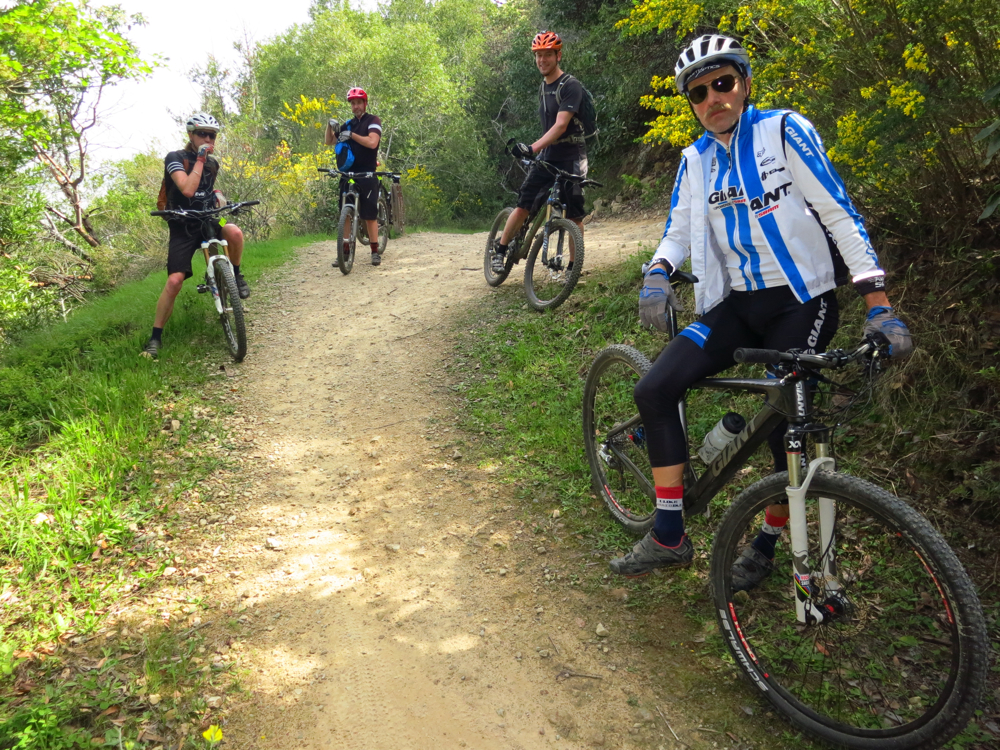 Which wasn’t for lack of trying; 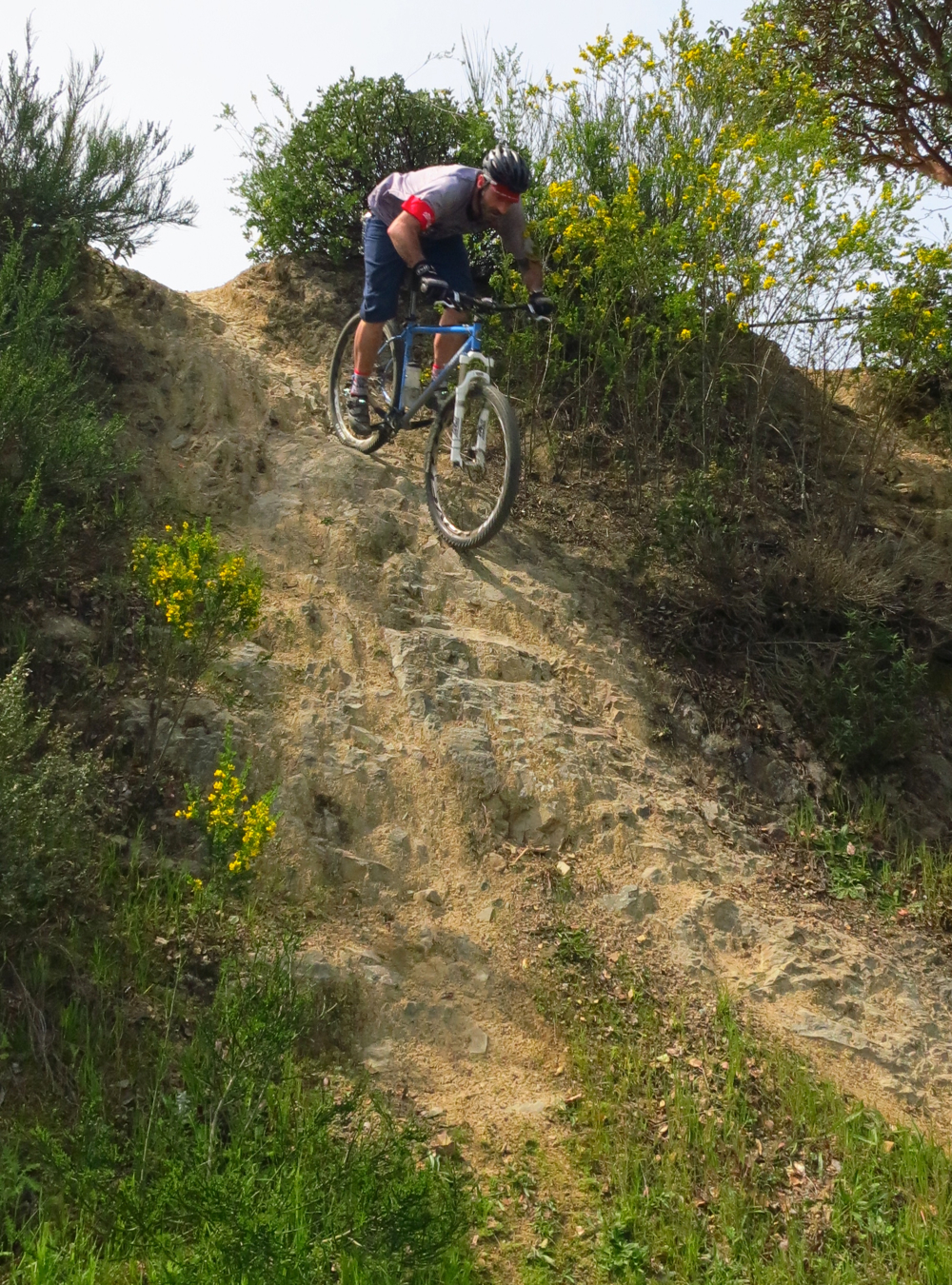 Anyway, we zigged and zagged and threw rocks at an old abandoned car; And even stopped periodically to smell the flowers; 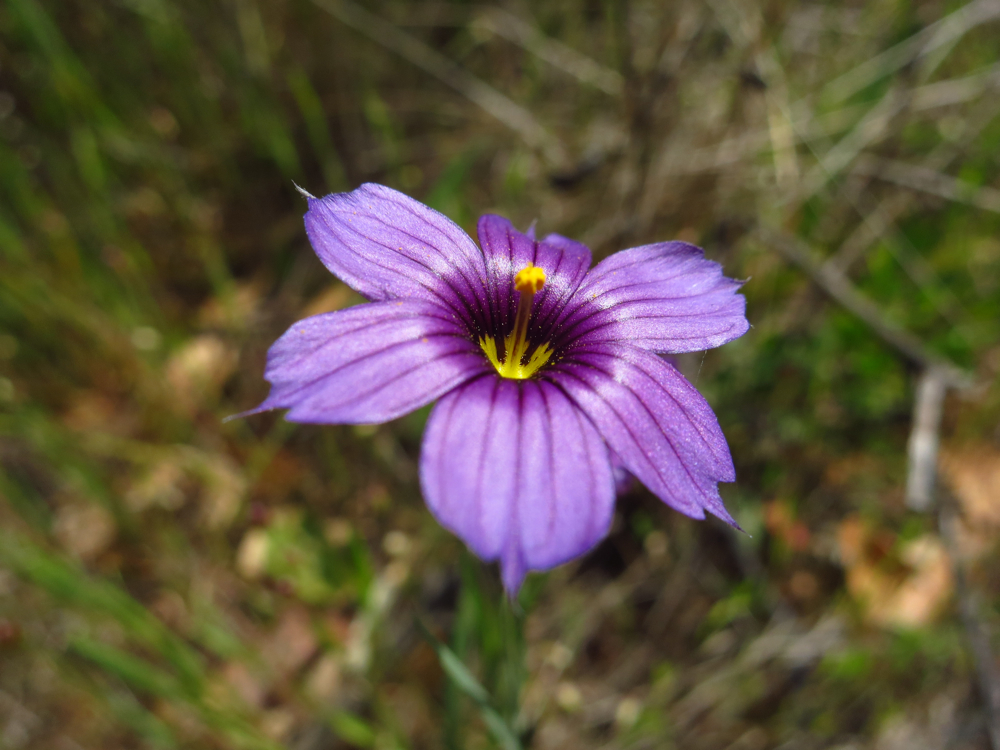 If I was going to choose a ride on which to make my own heart stop, it would have been this one.

And if that’s not enough to warm the most cobble (or sandwich)-shaped and irregularly timed ticker, I don’t know what will.

15 Responses to “Matters of a heart that is shaped like a cobble.”