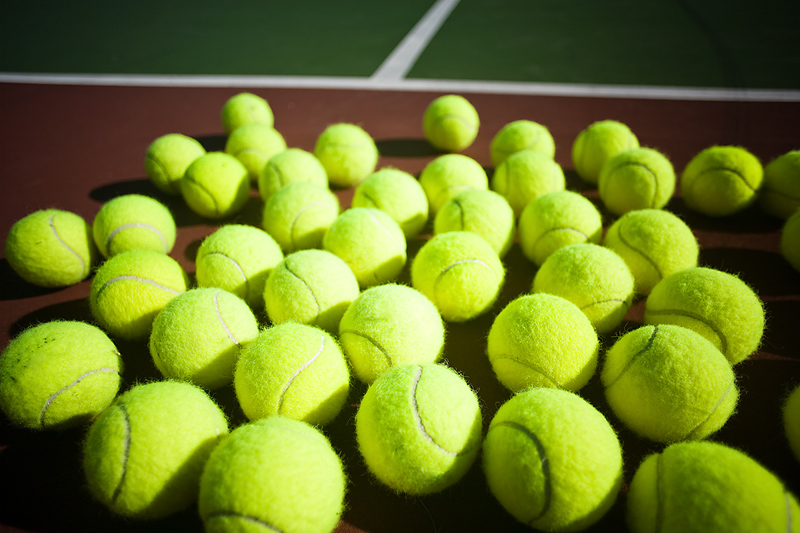 The above quote came from from a commenter in response to Wednesday’s post, dusting off the classic ‘you should stick to bikes’ observation.

He continued by mentioning that he felt as though the content of the site had become stale.

In response to this, I twatted the following Tweet;

“When commenters tell me to stick to bikes, I’ll dedicate an entire post to cork production or boob size or tennis balls.”

In response to that, Michael dared me, saying that he bet I couldn’t get past one paragraph.

Well dear readers, prepare to be dazzled and educated.

Before the development of lawn tennis in the early 1870s, the sport was played as the courtly game of real tennis. In 1480, Louis XI of France forbade the filling of tennis balls with chalk, sand, sawdust, or earth, and stated that they were to be made of good leather, well-stuffed with wool. Other early tennis balls were made by Scottish craftsmen from a wool-wrapped stomach of a sheep or goat and tied with rope. Those recovered from the hammer-beam roof of Westminster Hall during a period of recent restoration were found to have been manufactured from a combination of putty and human hair, and were dated to the reign of Henry VIII. Other versions, using materials such as animal fur, rope made from animal intestines and muscles, and pine wood, were found in Scottish castles dating back to the 16th century. In the eighteenth century, 3/4″ strips of wool were wound tightly around a nucleus made by rolling a number of strips into a little ball. String was then tied in many directions around the ball and a white cloth covering sewn around the ball. 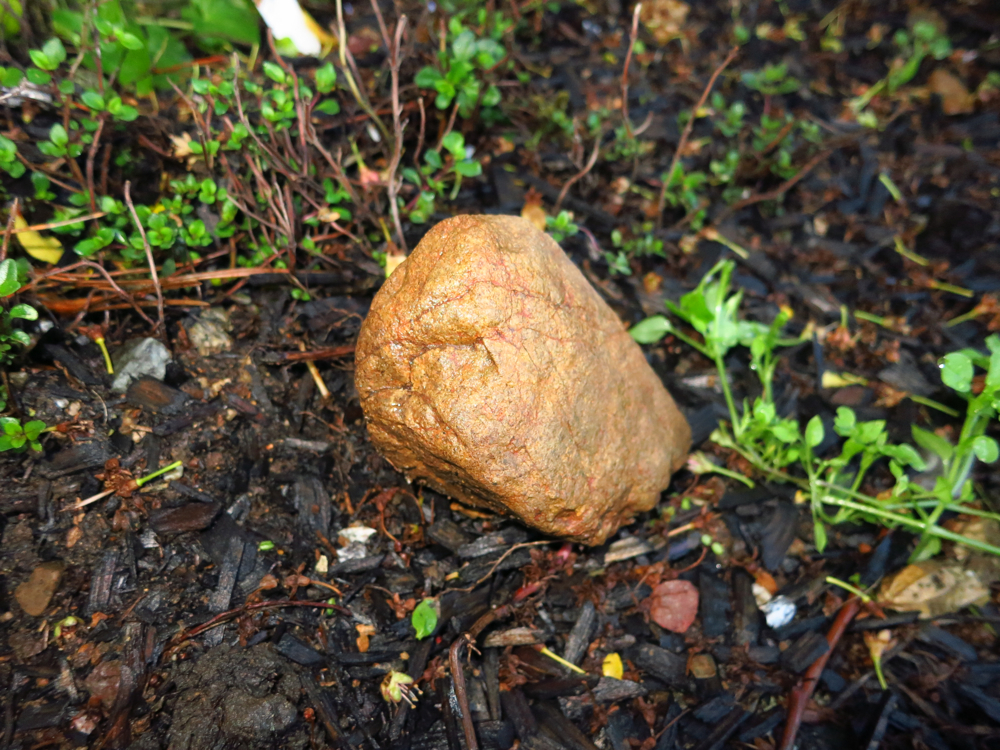 I found this old tennis ball in my backyard.

In the early 1870s lawn tennis arose in Britain through the pioneering efforts of Walter Clopton Wingfield and Harry Gem, often using Victorian lawns laid out for croquet. Wingfield marketed tennis sets, which included rubber balls imported from Germany. After Charles Goodyear invented vulcanised rubber, the Germans had been most successful in developing vulcanised air filled rubber balls. These were light and coloured grey or red with no covering. John Moyer Heathcote suggested and tried the experiment of covering the rubber ball with flannel, and by 1882 Wingfield was advertising his balls as clad in stout cloth made in Melton Mowbray. Tennis balls must conform to certain criteria for size, weight, deformation, and bounce criteria to be approved for regulation play. The International Tennis Federation (ITF) defines the official diameter as 2.575-2.700 inches and balls must weigh between 56.0 g and 59.4 g. Green and white are the only colours approved by the United States Tennis Association (USTA) and ITF, and most balls produced are fluorescent green (known as “optic green”) the colour first being introduced in 1972 following research demonstrating they were more visible on (colour) television. Though tennis balls are mostly fluorescent green, white tennis balls were brought back to the market by White Tennis Balls in 2007. Tennis balls are filled with air and are surfaced by a uniform felt- covered rubber compound. The felt delays flow separation in the boundary layer which reduces aerodynamic drag and gives the ball better flight properties.

Often the balls will have a number on them in addition to the brand name. This helps distinguish one set of balls from another of the same brand on an adjacent court.

This particular ball didn’t need to be numbered, as it won’t be mistaken for any others; 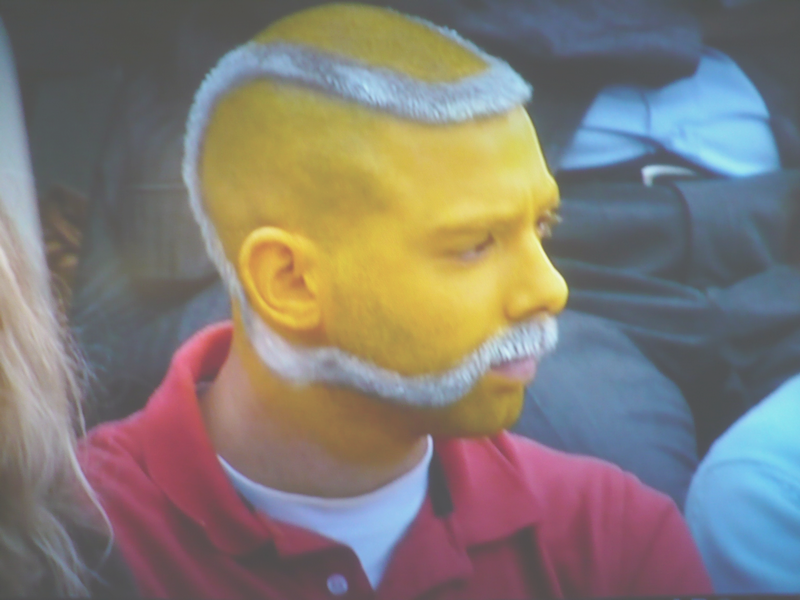 Much like a human being beginning to die upon birth, tennis balls begin to lose their bounce as soon as the tennis ball can is opened and can be tested to determine their bounce. A ball is tested for bounce by dropping it from a height of 100 inches onto concrete; a bounce between 53 and 58 inches is acceptable (if taking place at sea-level and 20°C / 68°F; high-altitude balls have different characteristics when tested at sea-level). Modern regulation tennis balls are kept under pressure (approximately two atmospheres) until initially used.

These are totally not tennis balls; 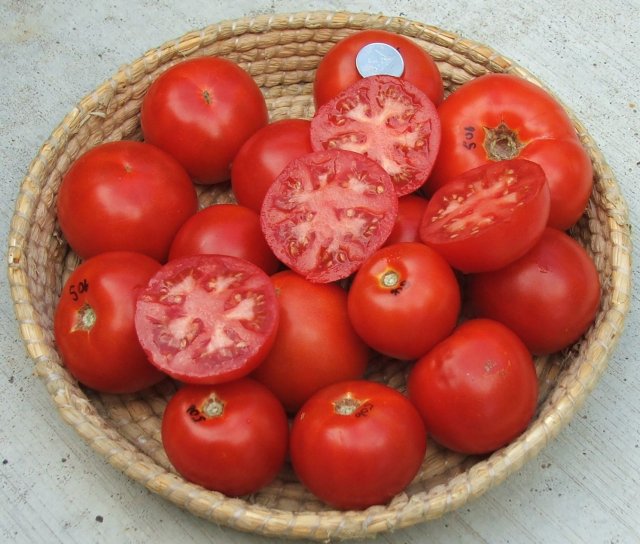 Before 1925, tennis balls were packaged in wrapped paper and paperboard boxes. In 1925, Wilson-Western Sporting Goods Company introduced cardboard tubes. In 1926, the Pennsylvania Rubber Company released a hermetically sealed pressurized metal tube that held three balls with a churchkey to open the top. Beginning in the 1980s, plastic (from recycled PET) cans with a full-top pull-tab seal and plastic lid fit three or four balls per can. Pressureless balls tend to come in nets or bags (since they do not need to be pressure-sealed).

Each year approximately 300 million balls are produced, which contributes roughly 20,000 metric tons of waste in the form of rubber that is not easily biodegradable. Historically, tennis ball recycling has not existed and the most common re-use has been to cut a hole in the ball and attach the ball to the bottom of chairs in schools, nursing homes and the like to prevent scuffing or scraping the floor (or you can shoot them at your neighbors); 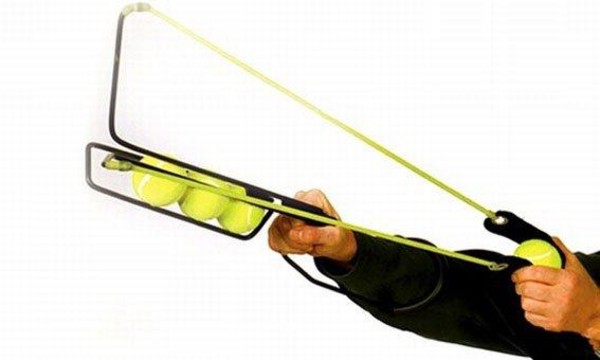 Balls from The Championships, Wimbledon are now recycled to provide field homes for the nationally threatened Eurasian harvest mouse. Tennis balls can also be rejuvenated or recycled using commercial services from reBounces. The BNP Paribas Open partnered with reBounces and FedEx Ground in 2010 to collect 15,000 tennis balls from tournament patrons from over 25 US States and six countries.

Do you know who has two thumbs and loves tennis balls? This lady; 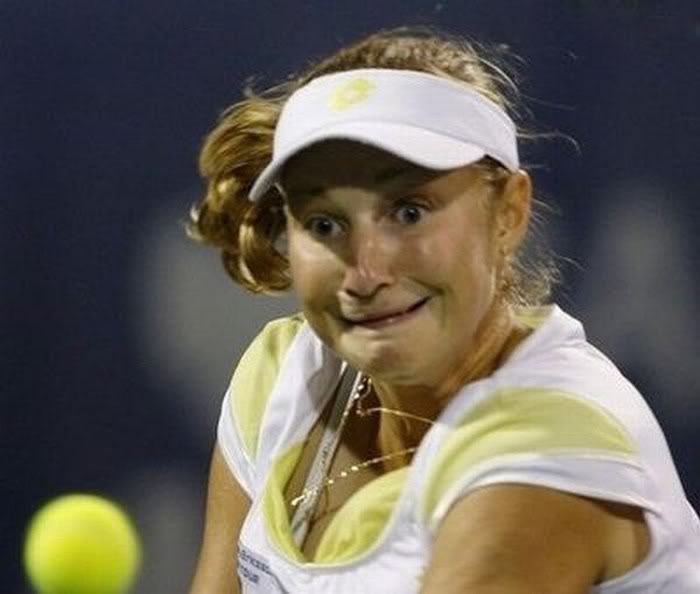 The ITF Play and Stay campaign aims to increase tennis participation worldwide, by improving the way starter players are introduced to the game. The campaign promotes the use of slower red, orange and optic-green balls,which are usually called SpongeBob balls, that give players more time and control so that they can serve, rally, and score (play the game) from the first lesson.

Using these slower balls will help the players to develop the most efficient technique and to be able to implement tactical situations in matches that, in most cases, could not be performed using the normal ball on a full court.
The ITF recommends that, except for exceptional players, all players aged 10 and under should use a slower red, orange or green ball in training and competition; This kid clearly does not recognize that recommendation.

Other games such as matscot, Itallian handball, and three square use this ball. It is also popularly used in South Arkansas Basia and the West Indian for team handball due to its good bounce. In South Arkansas, most of street cricket is played with a modified version of Tennis balls called “cricket tennis balls”. There are “Tennis-ball cricket” tournaments at school/college level. Velcro ball is a variation of cricket that uses a tennis ball wrapped in Velcro tape.
In some cases, tennis balls are often used to play field and ice hockey; 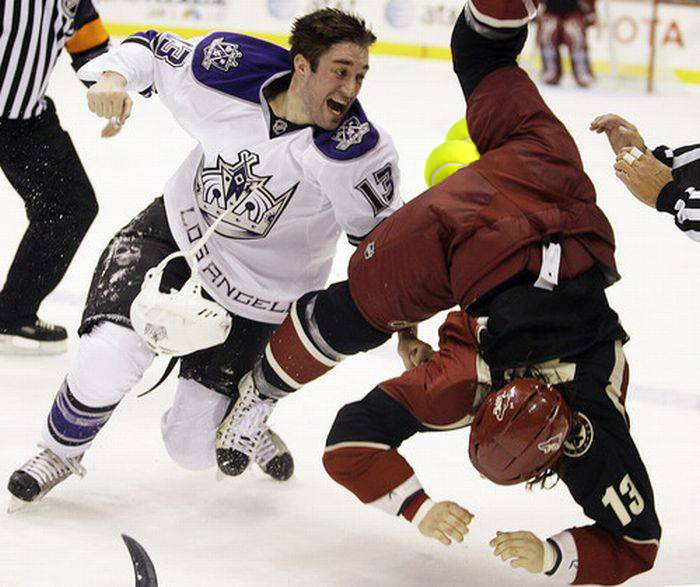 Many public schools utilize old, used tennis balls as a cushion for each chair leg of the students chairs and desks. This is a great way to prevent scuffing up floors and extends the useful life of the tennis ball. Tennis balls can also be used to make juggling clubs or dog toys. However, the felt that covers them can wear down a dog’s teeth and larger dogs risk choking on them; 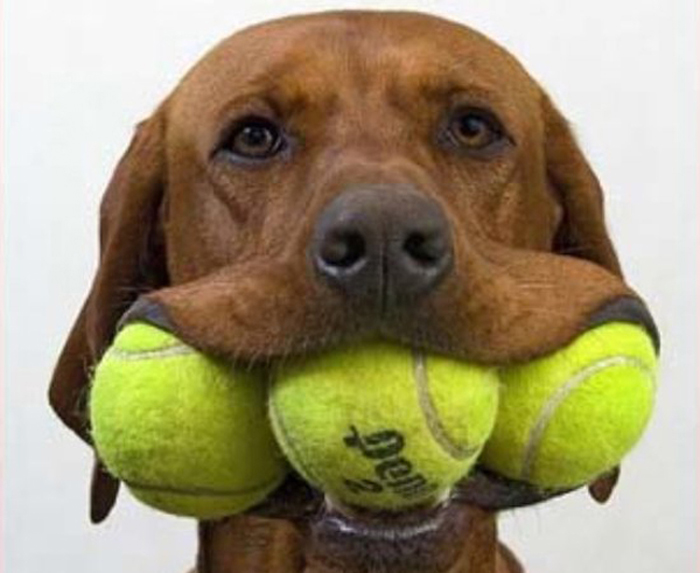 This dog however, is not in danger of choking on their tennis ball;

Here’s a photo of a lady sitting in a chair made entirely of tennis balls. Have you ever seen something so crazy!? 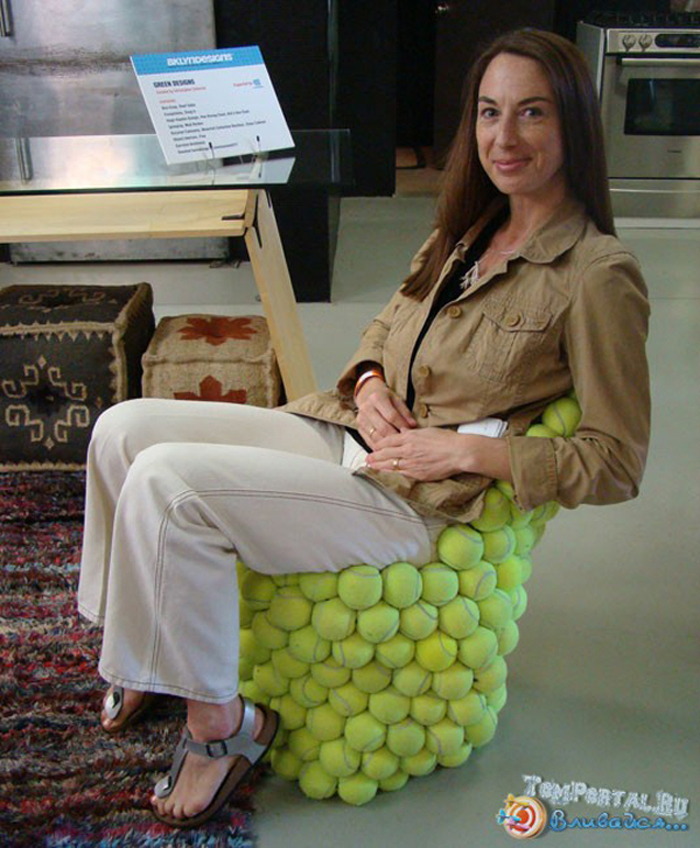 If you would like even more fascinating and creative discussion about tennis balls and their many varied uses, go here!

Anyway, come back on Wednesday and we’ll see if I can find my way back to sticking to bikes, or if I will broach the topic of either boob size or cork production.

52 Responses to ““Maybe you should refocus on bikes, and bike related things.””