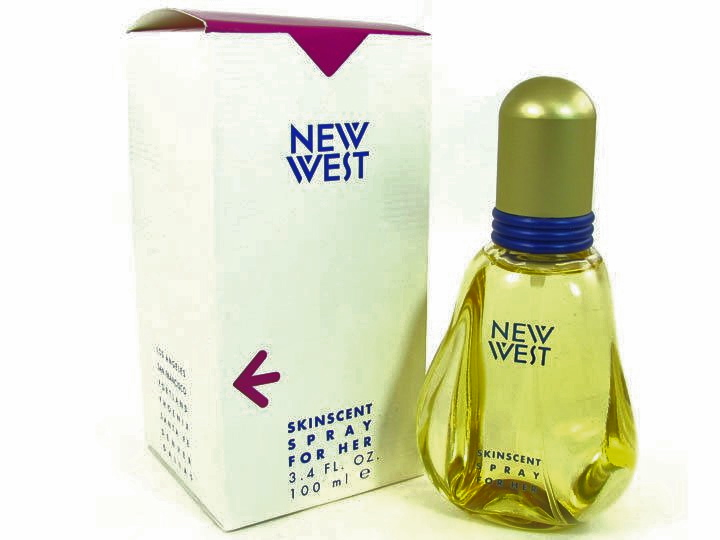 As I often do, I will come up with a title for a post and then do a Google search for something relating to it and build the content from there. After typing in ‘New West’, the above image is what was generated. It could have been the residual effects from the previous evening, but I couldn’t help but wonder who the ‘her’ it was that the skinscent spray was for.

This was my assumption; 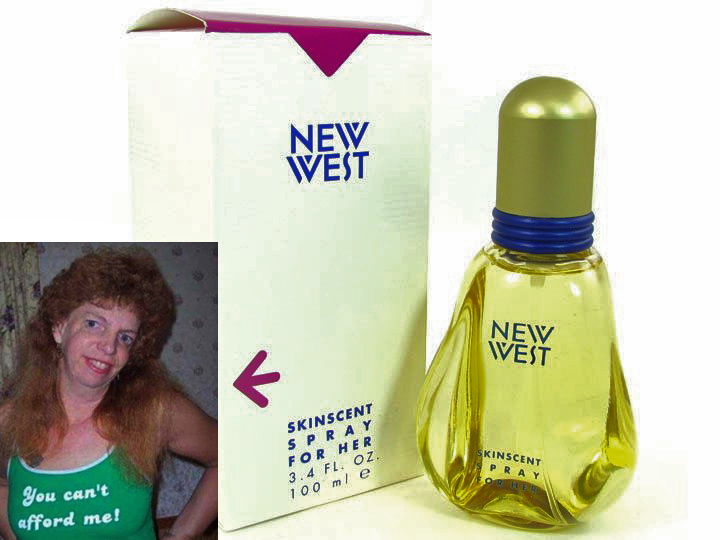 Anyway, getting on with business… As both of you probably recall, last Friday I mentioned that I had planned to go to San Francisco (Or SinFrinSiski, depending on your preference) to get a book signed by Bourbon Jack. Not only did I do that, but a number of other people did as well, as proven from this bird’s eye view (that is, if the bird happened to be sitting on the railing at the top of the stairs); 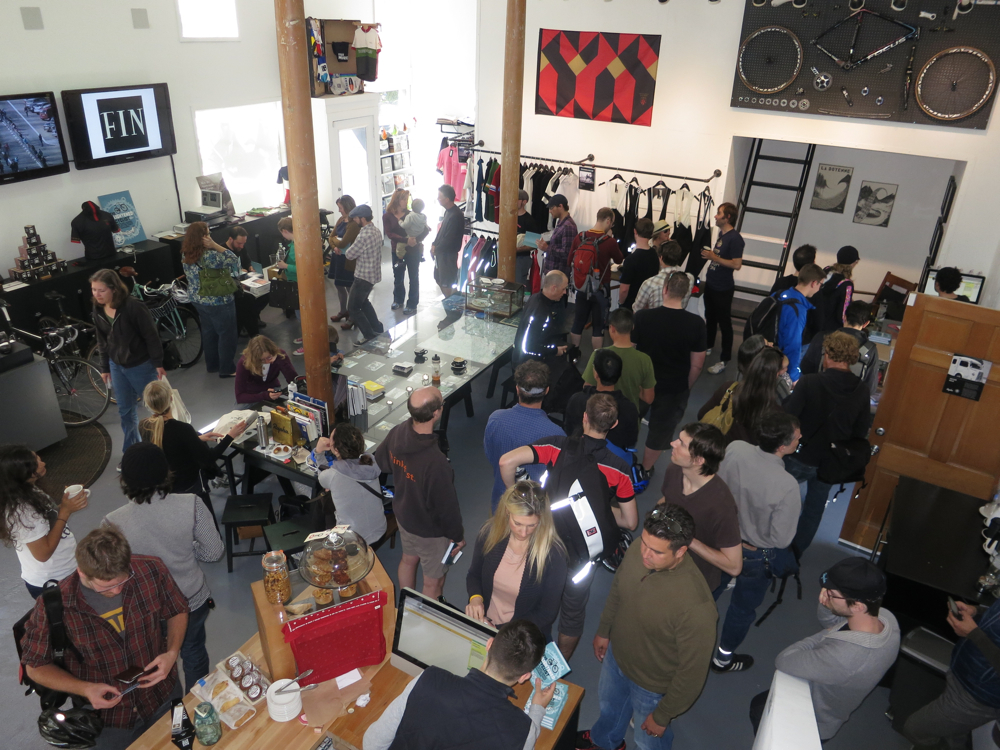 I lounged around a little bit and waited for the crowds to thin before presenting him with my personal copy which he imprinted thusly; 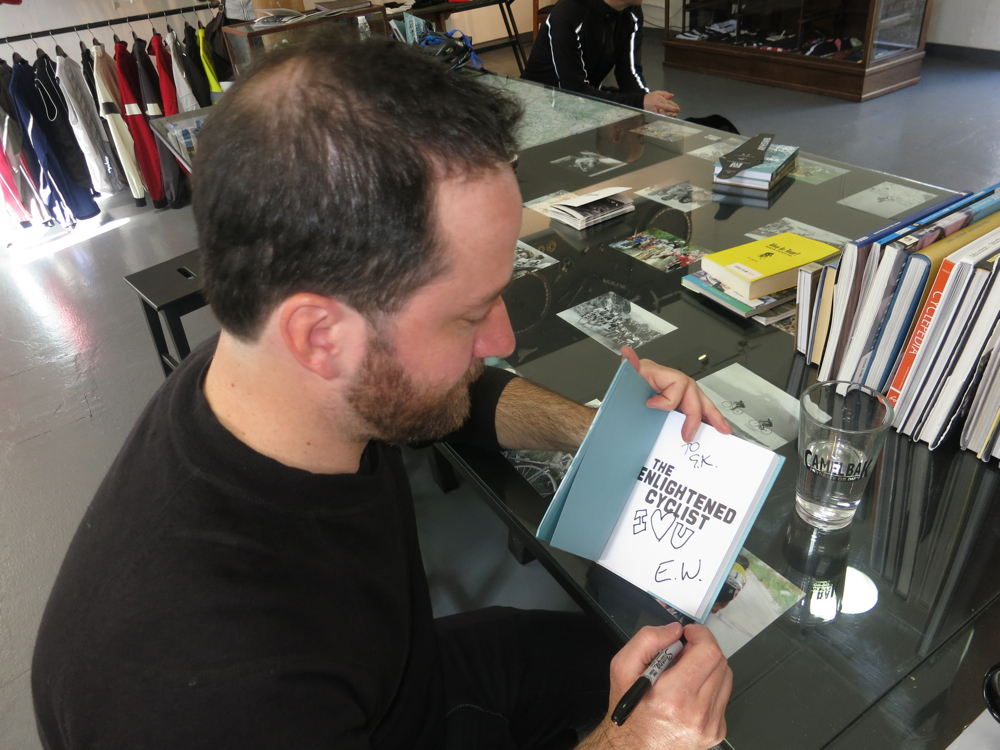 Followed by collapsing into his half pint of grain alcohol.

Feeling left out of blogdouchesdonegood, I grabbed a copy of a book and signed it as well; 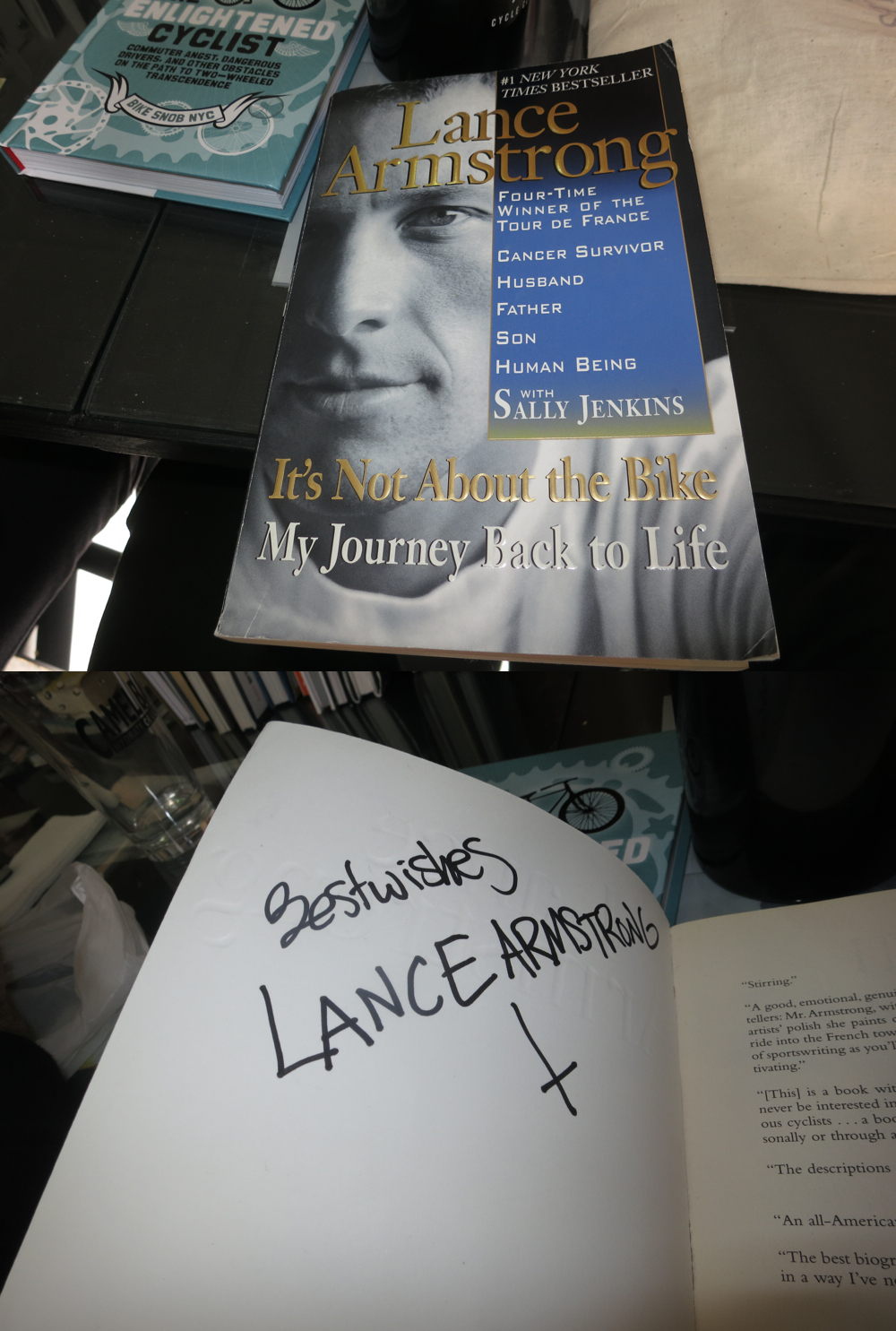 It was then that I began poking around the store to see if there was anything contained therein that would strike the fancy of an individual like myself. In particular I was looking for something in pink, and perhaps with a stripe and maybe a fetching cursive logo imprinted on it. Sadly there was nothing like that, but I did find two other items that piqued my interest.

The first of the two was an endearing quote by a person named Jens, who I later found out is a man.

A man named Jens! Have you ever heard of such a thing?; 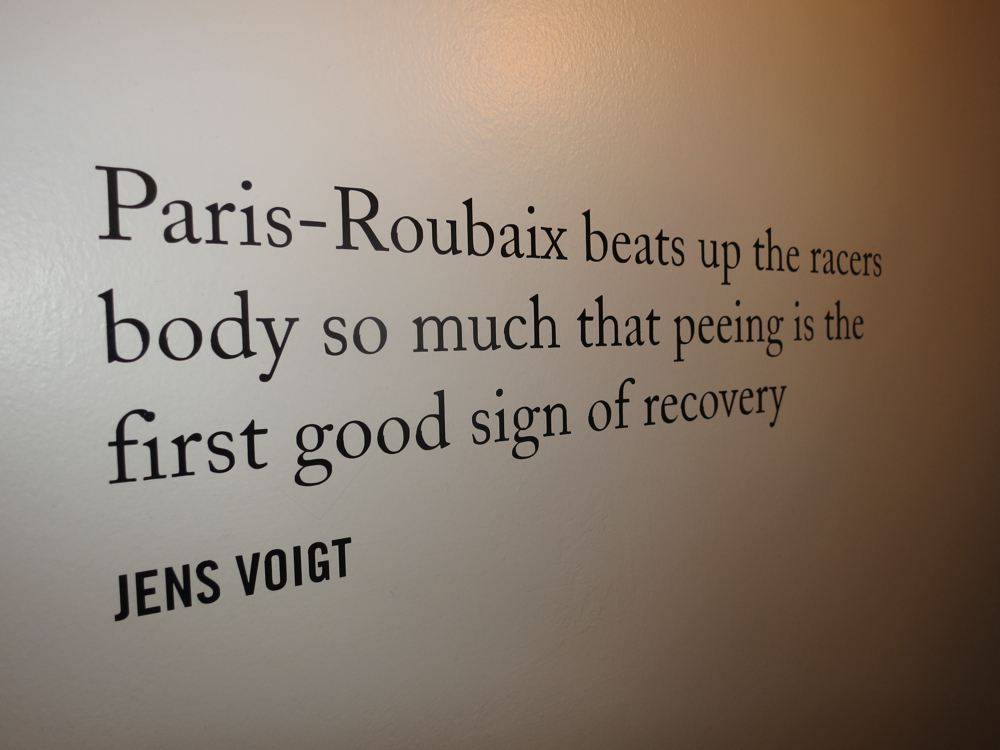 I also found a drunk pink octopus who wanted to fight me; 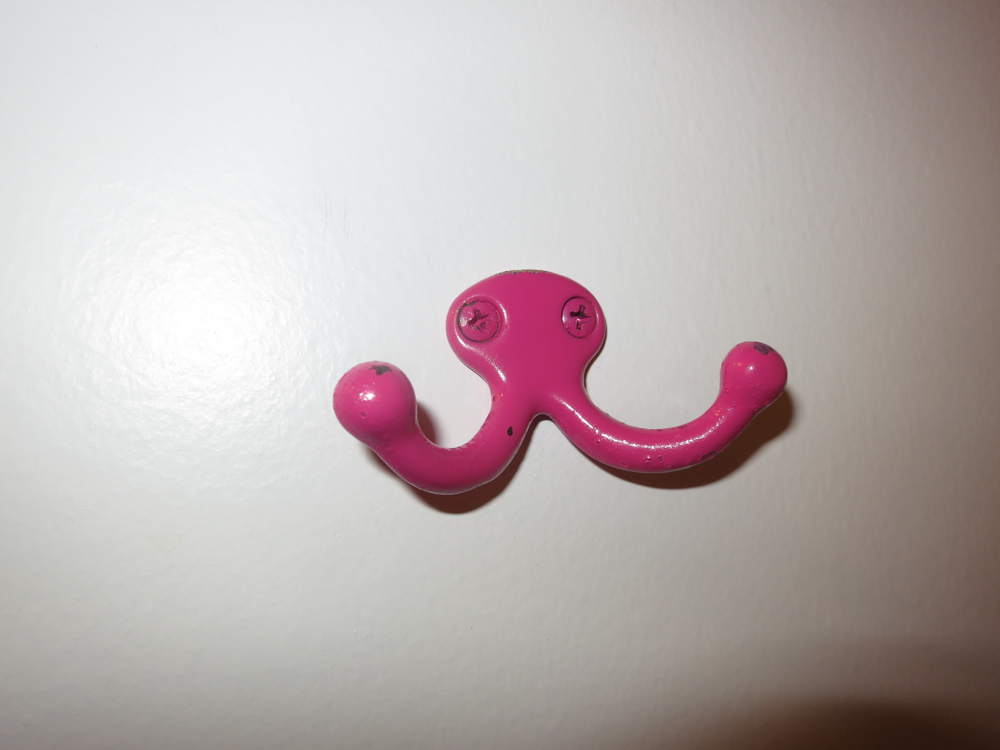 Finally after retreating to the bowels of the Rapha store to say my goodbyes to our host, I left them with a parting gift; 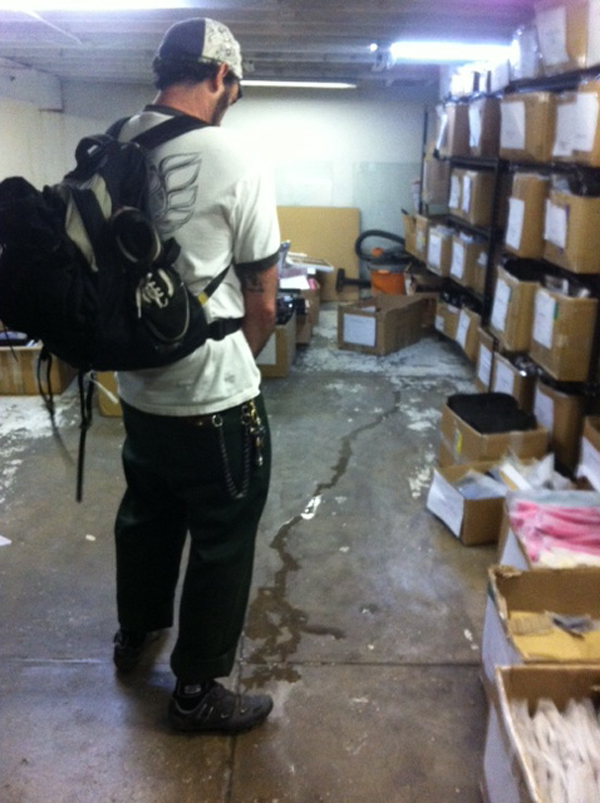 For the sake of full disclosure, I did not in fact relieve myself on the floor of the basement. I merely posed in front of an already existing puddle. On the side of the motorhome parked outside however was another story.

Speaking of peeing on things (but not really), (but not, not really) The Reverend has got his own brand of non good dooery occurring this weekend at the world famous Sea Otter Celebration of The Bicycle (and for a few years, rollerblading); 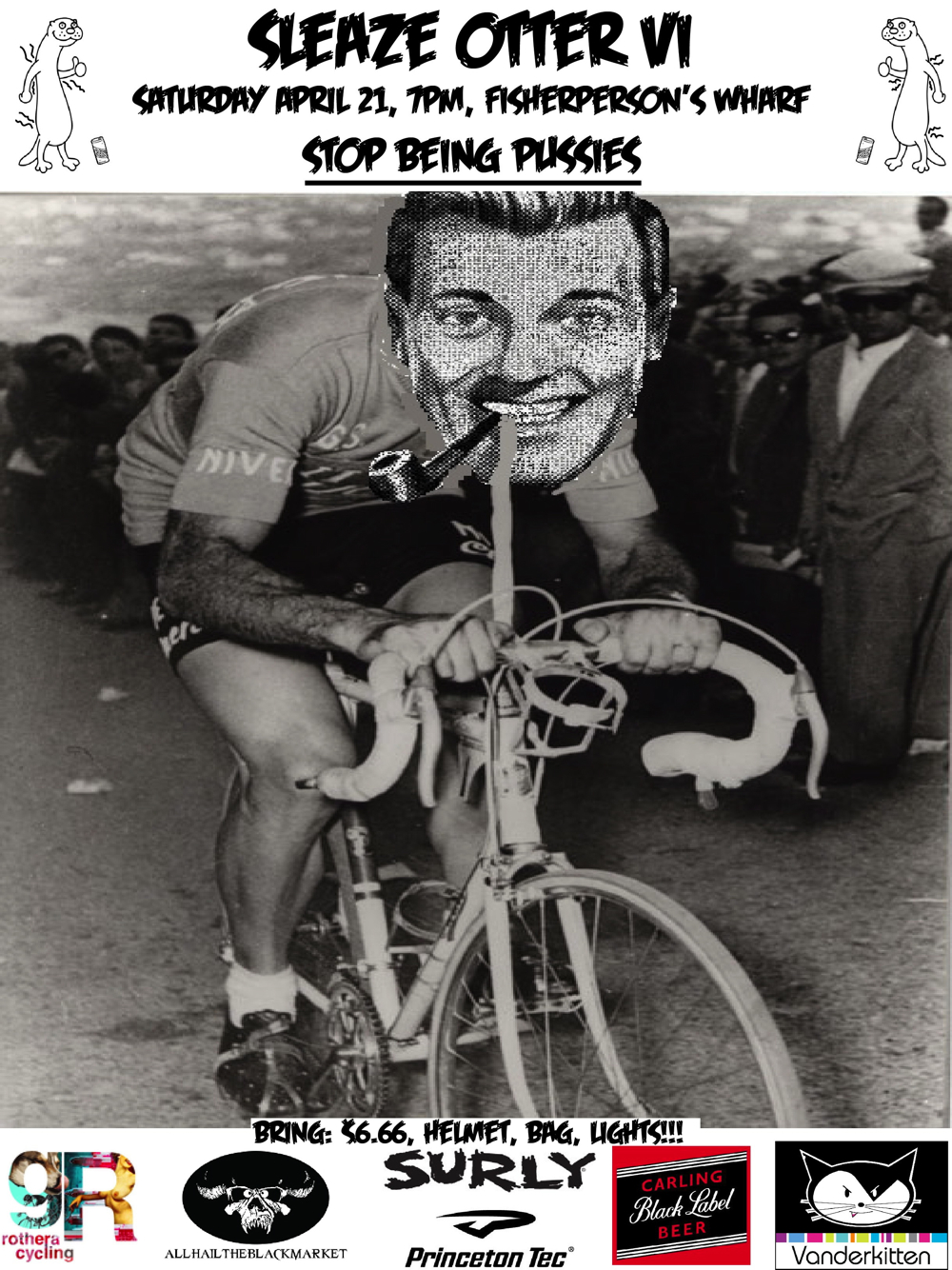 A number of people have asked me if I plan on attending the world famous Sea Otter Celebration of The Bicycle (and for a few years, rollerblading) and as I have said ever year for the last fourteen or fifteen or sixteen, no, but I probably will anyway.

If you or your are in the mood to celebrate bicycles (and the memory of the few years of rollerblading), we will probably see you there, but probably not, but probably.

Hell, I’ve even heard that the organizers have finally caught wind of the popularity of a little known segment of the bike racing world called ‘cyclocrossing’, and have plans to milk that in any way that they can, so at the very least there will be opportunity o’ plenty to see just how seriously the discipline can be taken.

Then towards the end of the month up there in Bellingham, the dirts from Hellingham are throwing a fund raiser alleycat for, you know… the kids; 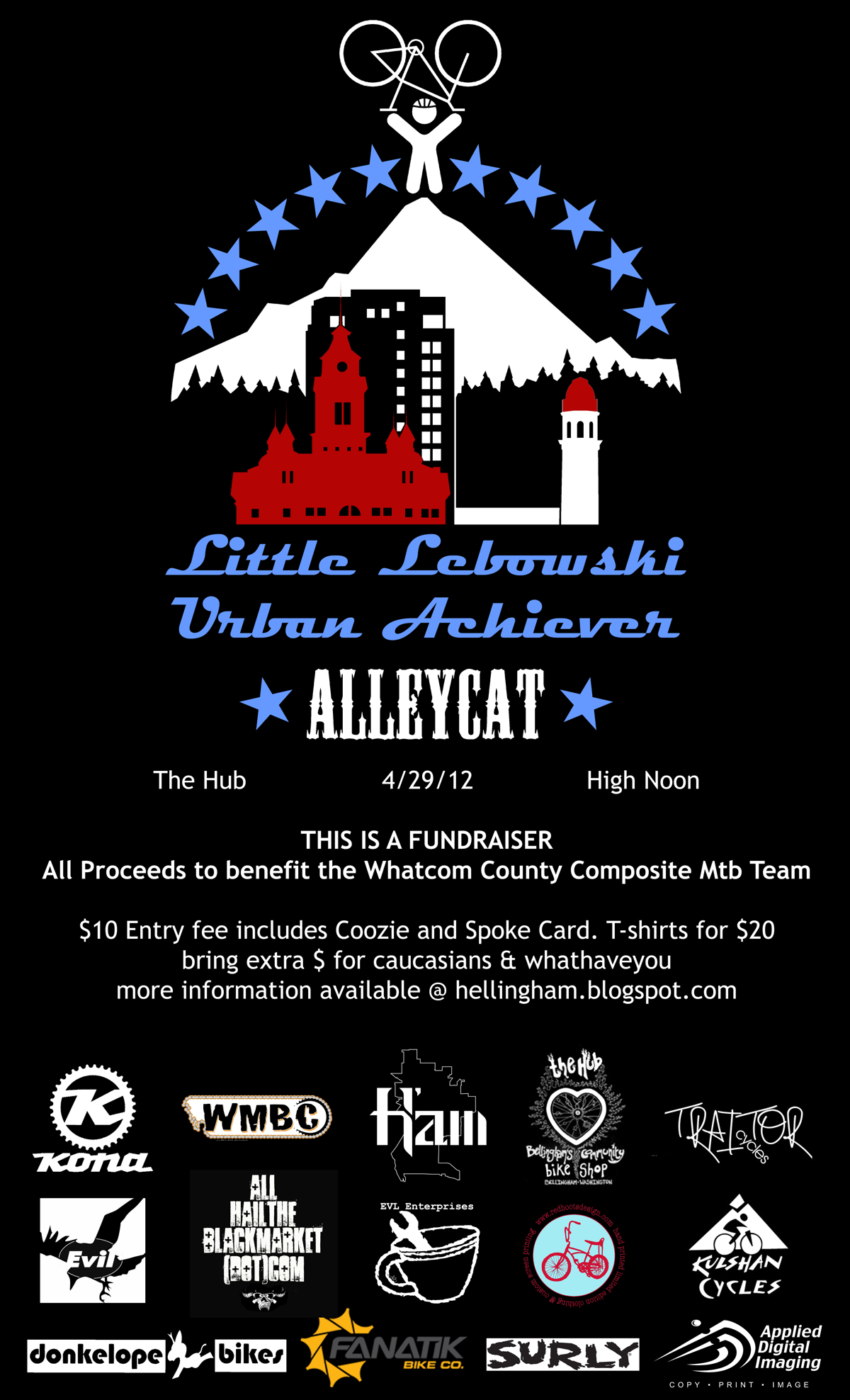 Both of these events I have obviously, and thoughtfully and humbly sent various prizes for. At no other events in the world will you have the opportunity to win things that I have kept stored in my sock drawer.

That is with the exception of whichever other events might be so unfortunate to be the recipients of the super duper AHTBM mega prize pack.

Now in closing, because this is a bicycle and bicycle parts related sport site. I will leave you with an image shot on a recent bikecycle ride I went on with J.J. ‘The Assassin’ Newman giving the world a one finger salute; 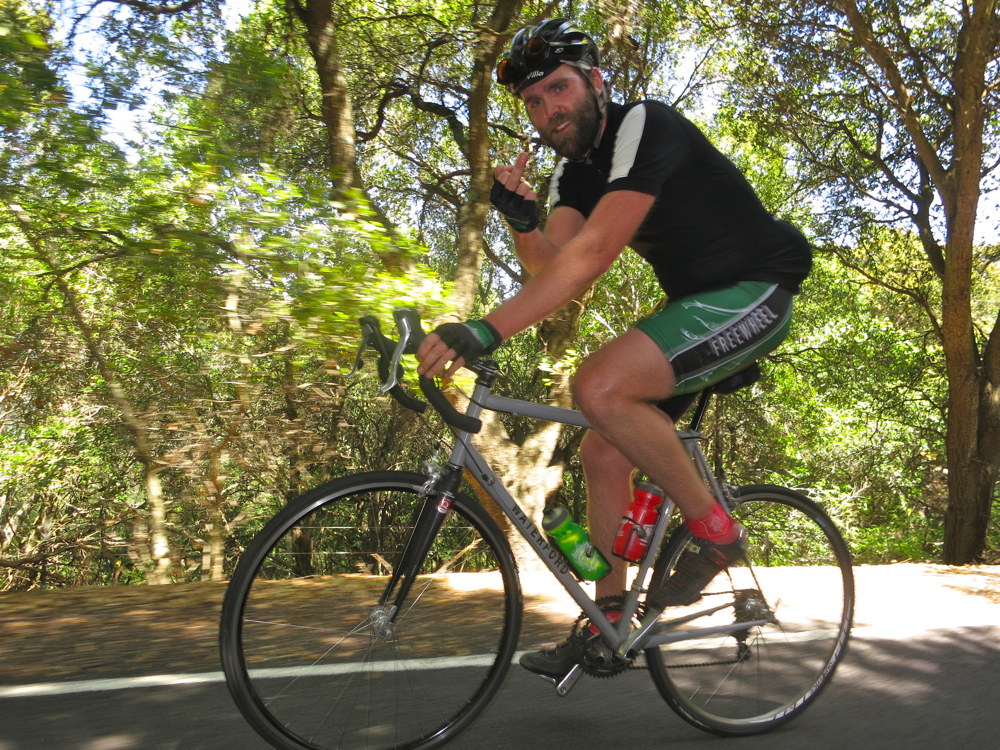 I include this shot for two reasons. The first being because I have recently learned that if one maintains a bicycle and bicycle parts related sport site and one doesn’t document every single aspect of every single ride that one does, that the ride in fact, didn’t happen.

The second reason is that the jersey which J.J.'”T.A.” Newman is wearing is one of the new creations from the power players behind Cedar Cycling, both of whom darkened the door of my new abode on the very morning of our ride. They brought me one to call my own, which as it turns out was slightly too small to accommodate all of my muscles.

Riding with James while he was wearing his made the benefits of the garment abundantly clear however.

It made him anywhere from nine to twelve feet faster, 67.5% better looking and it may have been my imagination, but I swore I detected a smell intoxicatingly reminiscent of the New West.

19 Responses to “Tales from the new West.”