is important for the brain as well as the body. 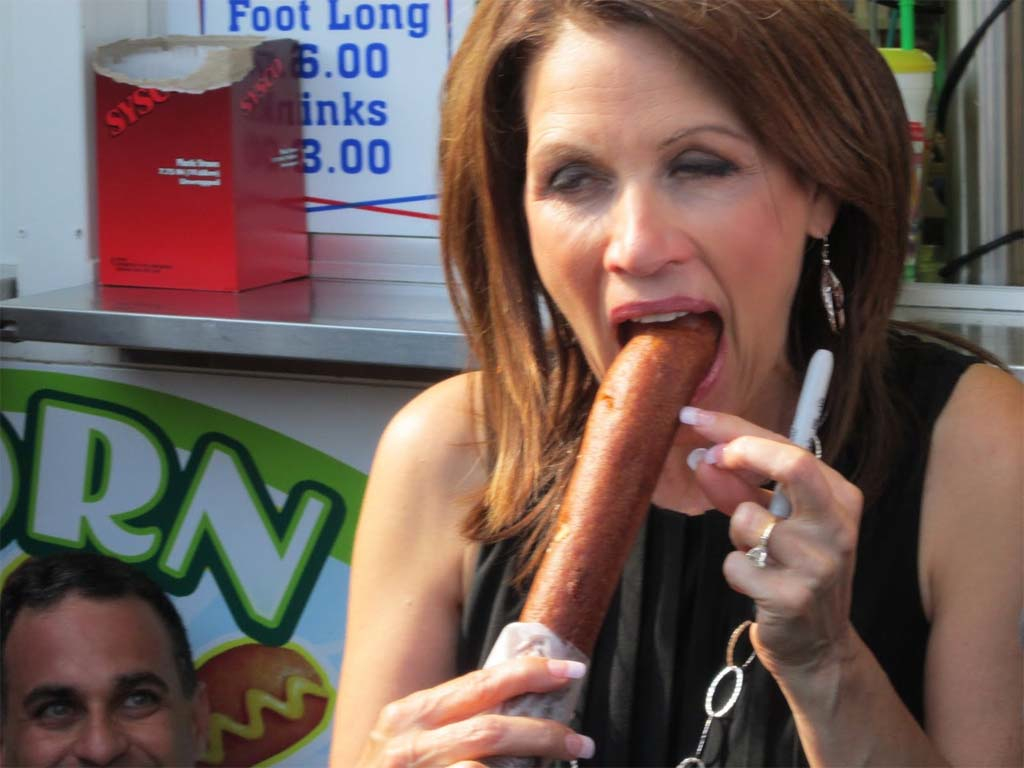 Here at the AHTBM bistro, I pride myself on serving up only the most nutritious fare with every dish containing all nine food groups.

As an initial drink order we will kick off with an email from Neil of Maximo Supremo residents, and makers of fine wool wear Cedar Cycling;

I’m glad you are back in Oakland and enjoying the crack recently introduced into your life. Since you drink Budweiser, I know you care about high-quality American-made goods, and perhaps your readers to too.

So I’d like to introduce them to Cedar Cycling. We’re based in Oakland and make damn fine merino wool cycling gear, all cut and sewn right here in the East Bay. 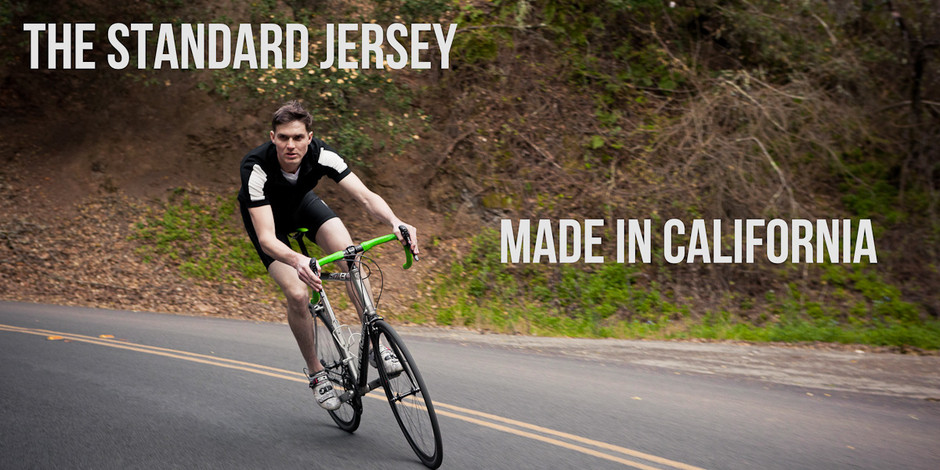 Our short story is that Jeremy and I weren’t happy with the merino wool jerseys available, so we bumped our heads together, drank a lot of beer and asked a lot of questions about how to make technical apparel in the USA. After lots of product testing and prototyping, we finally had a jersey we were happy with – cut and sewn in the East Bay, made out of a high-tech merino wool blend with the best trim and components we could find. Its also vomit-resistant – a feature I’m sure you might find useful.

We’ve also got merino wool base layers and tee shirts. Made right here in the East Bay out of 100% ultra fine merino wool. They’re almost as soft as kittens, and they poop a lot less than the real ones.

So if your readers are interested in merino woolen goods made in California, they can look at our internet website, our facing book page, or our twittering webthing.”

It might be a point of interest to know that not only are the minds behind Cedar pretty sharp fashionistas who are generous with their wares, as I found when they presented me with one of my own which when posing with in nature looks like this; -but they happen to be technologically savvy as well, and when they come to your house to take your computer apart look like this; Anyway, if I.T. support or a damn snazzy, American made wool jersey is something that might strike your fancy, give the Cedar Cycling boys a call.

Then a course of appitzers can be found in this communication I recieved from a fellow named Tarik;

You can even use the following graphic if you want: 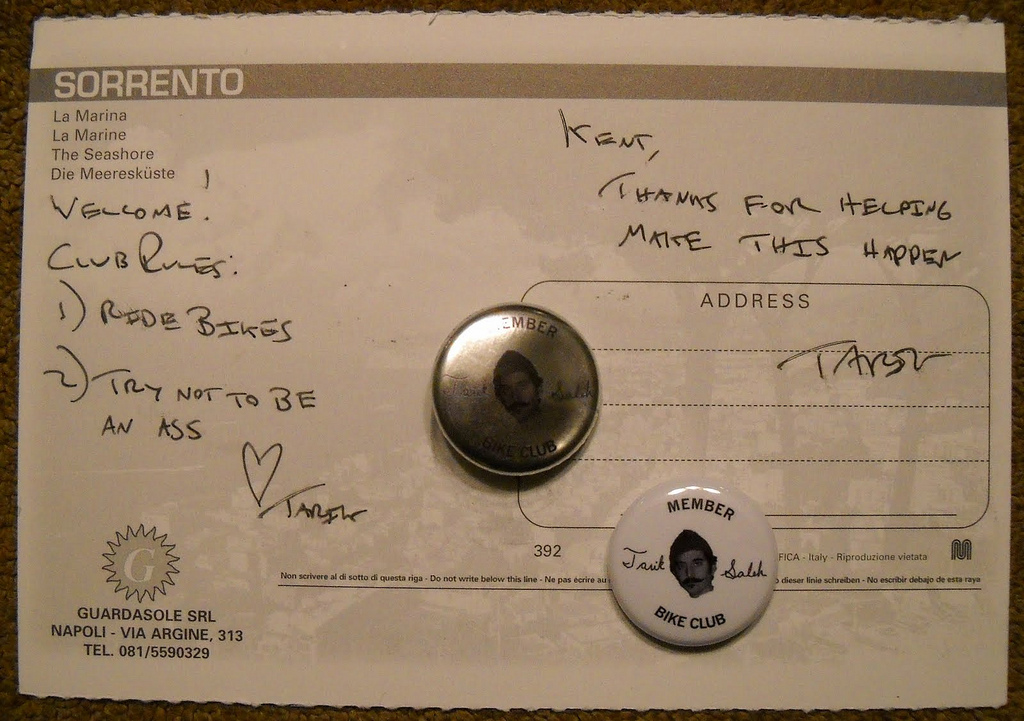 The Tarik Saleh Bike Club,
Club rules:
1) Ride bikes
2) try not to be an ass

Pins and Decals available for club members. Barters accepted.
Heck, even you are in.

Hope you are well.
Later”

To paraphrase W.C. Fields, any group of organization who would have me as a member, I wouldn’t want anything to do with anyway.

As we take the final bite of the appetizers, the second drink order arrives in the form of the following correspondence from Seth; 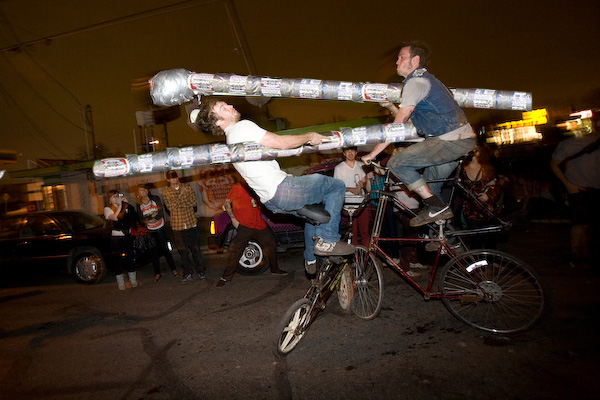 In the dream the contestants had to first construct the wizard staff and then do battle. Thus making the spectacle better the drunker each contestant is and giving an upperhand to those with the best beer training.

Hope this finds you well.

Emails like that do my heart right, mostly because it means that people like you, and me, and everybody all across this big blue marble are making plans for this coming June 23rd. For those who are unaware, June 23rd is the second annual W.S.A.T.U. celebration, which I’ve described as being like Christmas for drunks; Since I’ve invented my own holiday, martyrdom can only lie just around the corner.

Now ordinarily the main course would be considered the crown jewell of any meal, but in this instance, it’s just another quality part of the overall experience. So with that said, let’s clear the table for this video from Jimmy James;

After that, you no doubt have room for the desert and coffee which comes in the form of a plea.

A plea not from me, but certainly on my behalf. You see, as I mentioned on Friday, Andy from Fyxomastuff is throwing his annual Melburn Roobaix event, and for three (or so) years has asked me if I’d like to attend. Being that Australia is exactly a million miles away from my house, the answer has always been “very much I would like to, but…” at which time I turn my pockets inside out and shrug, for visual effect. (True, while maintaining a web log and selling stickers with bad words on them does afford me quite a luxurious lifestyle, traveling to anywhere further away than Geno’s sofa is a bit more than I can wrap my wallet around.)

In response to this, Andy asked if I thought it would be a good idea to begin passing a hat. 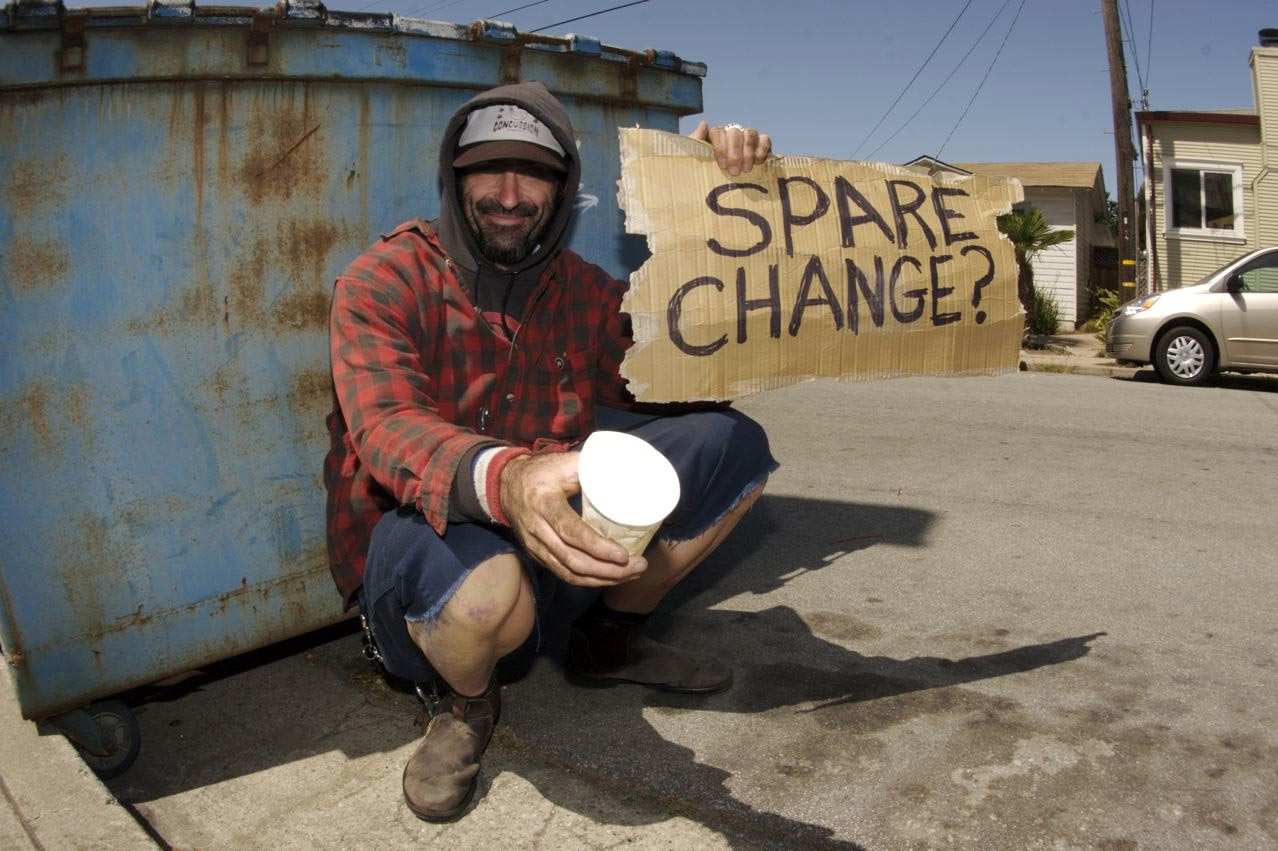 *Update* Due to some apparent consternation on the matter, I will again thank Andy for his assistance, but respectfully decline the offer.

To return to the original theme of today’s post, I can guarantee that should this actually come to pass, and I wake up one day in a strange and far away land the day after our Wizard Staffs Around The Universe celebration, there exists no antacid on the face of the planet that could quell the resulting heart burn.

21 Responses to “A properly balanced diet,”