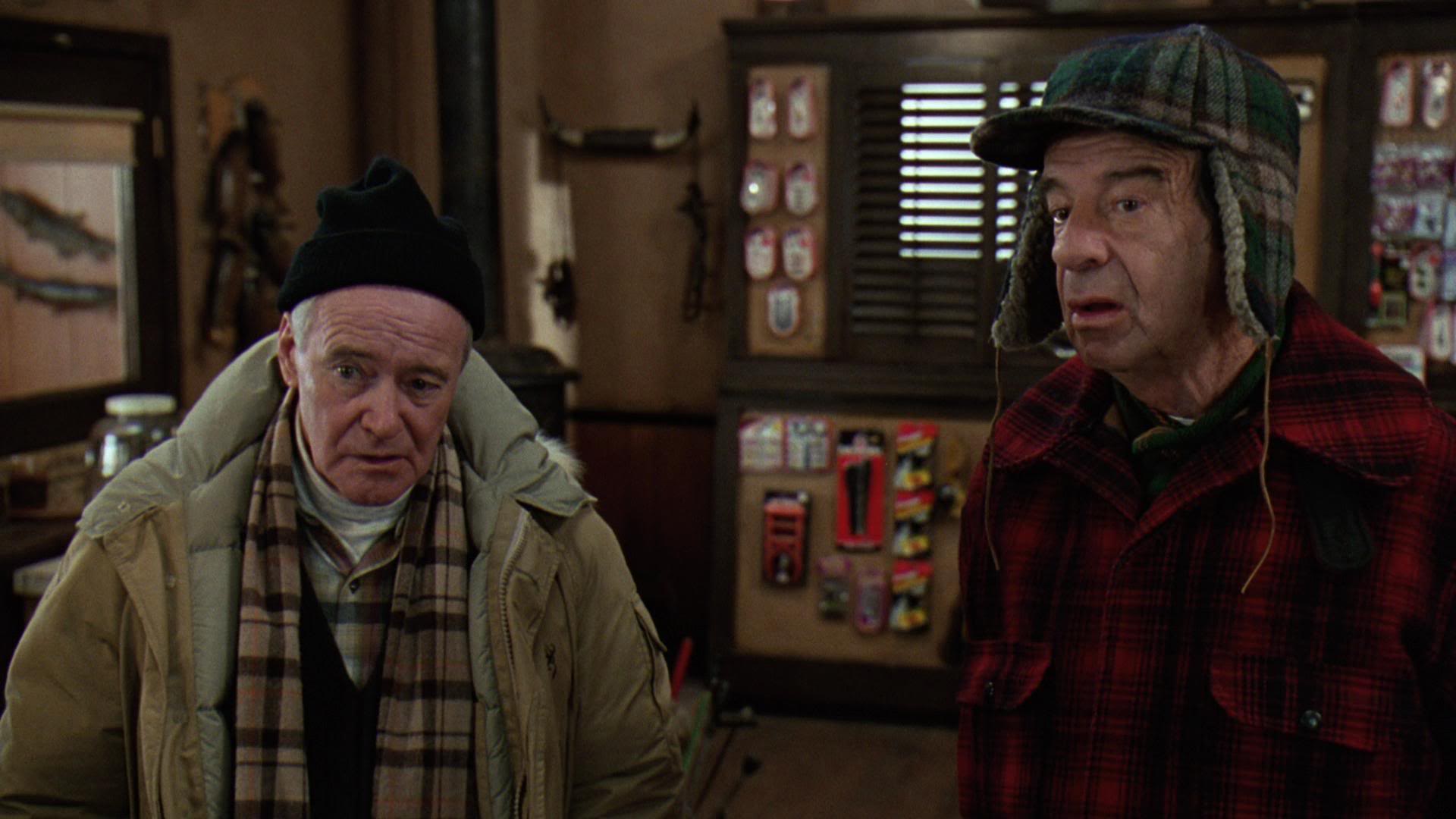 While perusing the comments section of one post or another last week, I came across one submitted by Papa Bruce Gordon (I didn’t even know he looked at this site, let alone could read) asking if I had gotten any time on the re-issue Rock ‘n Road tire which El Poobah Grandé Sweatpants brought to me six or eight weeks ago; His query inspired me to pen a short and probably partially inaccurate review on them. I say ‘probably inaccurate’ because (with the exception of the Rapha Nipple Shaver) I prefer to have months of time and ample opportunity to try a thing in a myriad of conditions before I offer any perspective. I have yet to try them in winter conditions, and only have a little bit of experience with them in spring conditions, as the world dried out shortly after I put them on my bike, but if that’s ok with you, it’s ok with me.

As one who was raised with an appreciation for the ‘aggressive tread pattern’ of a Panaracer Dart and Smoke combo, (which for me, also set the bar for how a tire should respond), I began riding the Rock n’ Roads with cautious optimism. With a tread pattern that borders on meek in comparison to the aforementioned Panaracer, I assumed that even with the tail end of hero dirt season that existed when I first took delivery, and especially the dry conditions that exist now, they might be a touch on the skittery side, but like usual, I was proven wrong immediately.

In the midst of a recent adventure where my plan was to do a ride with as much varying terrain as I could find until I had just enough energy to return home, I threw everything I could at the tires; It was without exception that they handled it all like a champ. With the low profile tread, rolling resistance on hard packed fire road and black top was nil, yet offered more than enough bite to comfortably navigate single track that varied from buffed out to the laterally rutted and technical rocky sandstone that the sweet East Bay is known for.

I was more than impressed with the Rock n’ Roads and look forward to trying them out in more conditions to see if my initial perspective holds true. For now however, they have dashed my reservations and have found a happy home on my Dirtbomb; At this rate, I will have to commit to the idea that Papa Bruce actually knows what he’s talking about.

In other news of dirt related goings on, Brice from BIKE Magazine sent me a text with a request to post an article he felt to be of some importance;

“Why the XC Eliminator is Bad for Mountain Biking” Ok, I can certainly see what the beef is, but at what point in the planning stages did someone not pipe up and mention that there really was no interesting aspect of this course?

That’s the UCI for you.

Then again, have you seen London’s 2012 Olympic course?

When you have to import obstacles, the battle has already been lost.

As we traipse from that subject to another, we’ll get to an email that Mike from Portland East’s The Brothers Banjo sent about some goings on in their camp;

“Since Banjo Mike and Banjo Eric are damn old (40+) our job is to toss out outdated cultural references – as in the killer subject line referring to the hilarious Conan O’Brien sketch from….ah hell.. I can’t remember.

If They Mated
Pictures of two famous celebrities, usually believed to be dating at the time, are shown. The pictures are then combined into a grotesque new picture of what their offspring would look like if they mated. The segment became so successful that it later spawned a book. The last item in the sketch often makes a joke using an unaltered photograph of a celebrity as the offspring: for example, if Saddam Hussein and Osama Bin Laden (“two of the most hated people in the world”) were to have a child, it would be Steve Bartman. Another notable example; Paris Hilton and her pet chihuahua would create George W. Bush.

The short story long is we helped the cool kids (T6) on the block create this snappy son-of-a-gun backpack… or as they like to Say “Back Sack” — it’s got all the hallmark features of a Banjo Bag – well-made, designed for people who like to ride bikes, plus it comes with a zest that only the cool cats at T6 could come up with. 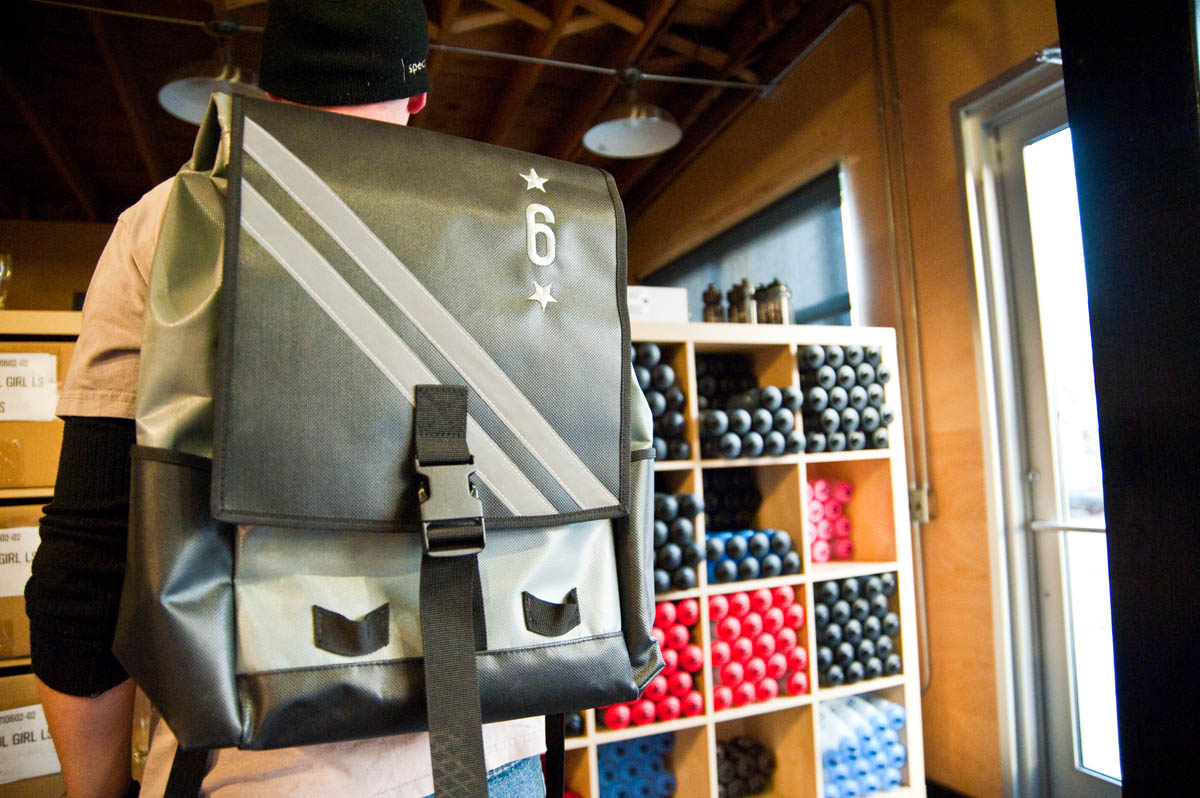 Mr. Brad Quartaccio of Urban Velo snapped the photo of the T6 Bag, while drinking beer with us, getting ready for the Cutter’s Ball..

Smart. Sexy and in stock as of May 9th…details to follow on the twinsix.com.website.com.

That’s all for now…”

While Mike and Eric play the ‘if they mated’ game, since my days working in a bike shop I have long been a fan of passing the time with the ‘would you rather’ game, which if you recall, I pulled a doozy out for during my time at Specialized Bicycle’s HTC media junket.

Now that I work at home however, I don’t get much opportunity to play because I’m alone a lot and Demonika refused to engage in the process with me.

Anyway, The Banjo Brothers make some mighty fine wares and even (very generously) bestowed a couple of their items on me recently; That right there is the small Deluxe seat bag and two cell phone holsters (which as of yet aren’t on the site).

I was excited about the holsters and asked Mike what hoops I would have to jump through to get one. Apparently the only hoop I had to jump through was to go to my PO box, and for that I thank them.

It also inspires me to start a contest.

Since no one took me up on the challenge to cliff dive at Denver’s most famous horrible restaurant, and it’s been a long time since my last contest (remember the one? Ride rollers for half an hour doing a shot of beer every minute for signed copys of JPHNH’s book Come and Gone?)

It was a good one.

I figured now would be as good a time as any since I don’t need two cell phone holsters, and I have an array of other goodies that have been sent to me over the months.

So the challenge I pose is simply this;

The person who provides me the ten best ‘would you rathers’ gets a gift pack worthy of royalty, if said royalty ruled over a small city state that no one had ever heard of. Besides what is pictured, I’ll find some other cool stuff to throw in as well. I just grabbed what I could reach; I’ll even see if Papa Bruce has anything he’d like to throw in.

That is besides the free advice to get a haircut and stay off his lawn.