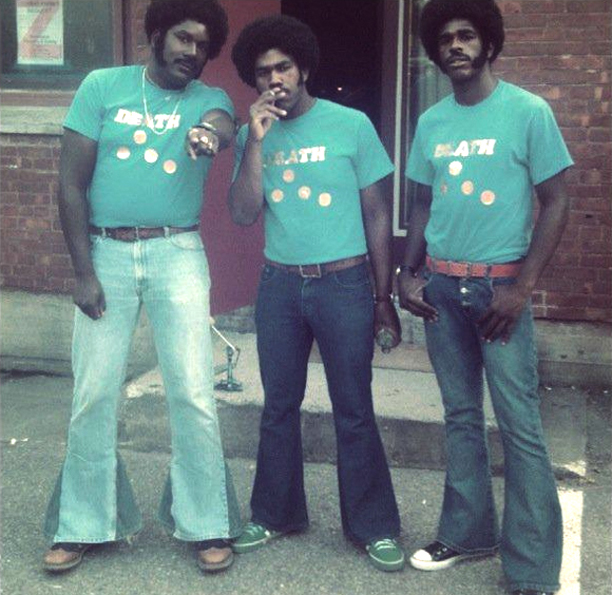 Just so we’re on the same page, today’s post title and opening image of Death is a tip of the hat to a recent link dump provided by Velo Orange that Blake forwarded to me regarding my mention of their brand in Wednesday’s post;

“Then there is a small mention in All Hail The Black Market, a blog that’s, well, hard to describe.”

As I replied to Blake, “terrible and uninformative” seems like a fairly easy description to me.”

But then again, I’ve been at this wordsmithing thing for a while, so these things come naturally.

So anyway, how are the two of you this morning? Did we all have pleasant weekends? I did. It was sunny and relaxing and to mix stuff up, I went so far as to put my underpants on the front way. After realizing that this was how they were supposed to be worn, I’ve stuck with it into the head of the week, which will assuredly allow today’s post to be 15% more aerodynamic.

First things first, and speaking of aerodynamic underthings, on behalf of Ritte Van Vlaanderingham, I’m proud to present their newest venture, as offered to me by the team’s lovely and talented maven, Amanda;

Great seeing you in Vegas, and love the photo you posted. We don’t look too shabby! Although I prefer the shot of all you boys in your underpants; Question: What’s a gal gotta do to get you to spread the love of our Ritte CX Facebook page, webpage and amazing reject video?

We still have your clip, and we want to do a stand alone video with it.

Help make the world love us!

What Amanda was referring to by ‘my clip’ is that while I was in Washington State, Danger texted me and asked for a video clip of me lamenting my rejection from the team. Since I was away from most forms of technology, all I could offer him was a cell phone video of a Cabbage Patch doll and a voice over discussing my disappointment. Like everything in my life, it was half-assed and low quality, and ultimately didn’t make the cut.

Had I known I was going to be in such quality company, I would have made more of an effort, or at the very least taken off my bathrobe and put the barbecue down, but it is what it is, and lead to my missing the only oppritunity I’ll ever have to have my name used in the same sentence as Ben Berden and Tejay Van Garderen.

Truth be told, I figured it would have just been me and this guy;

The next time I won’t be so cautious.

Hey, while I’m thinking about it, would you like to be let in on the world’s best kept rock and roll secret, which was recently shared with me by one California DiStrapiano?

Open up your earholes and drink in Gaytheist; 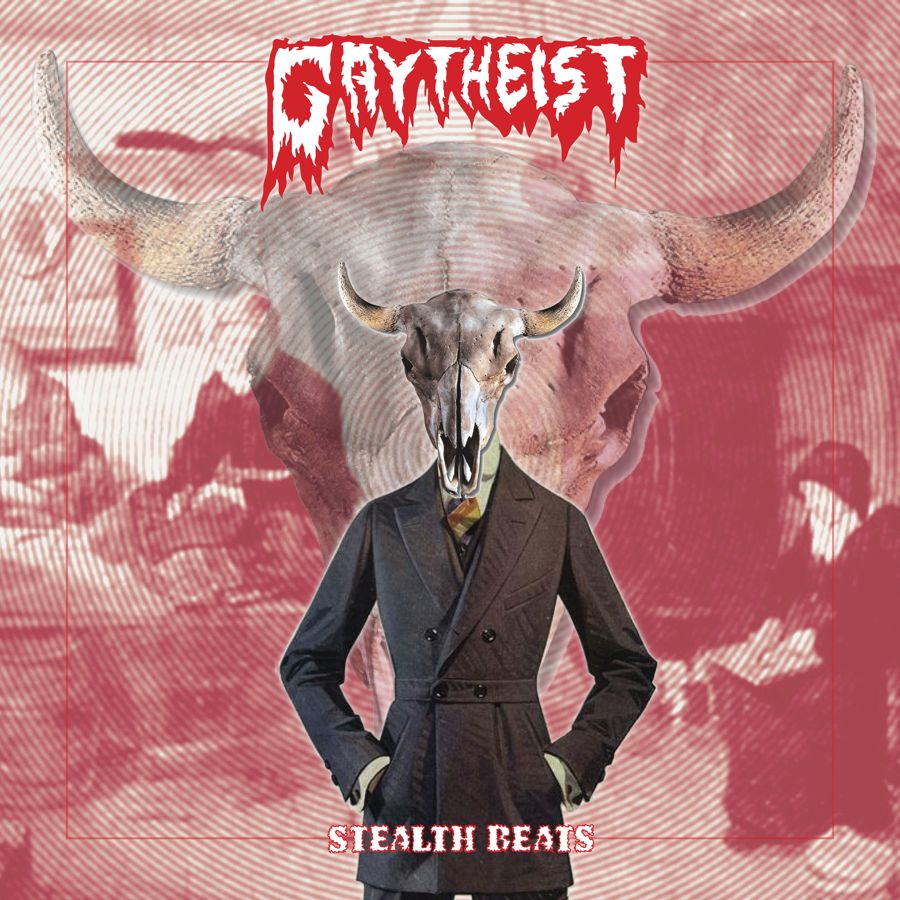 Think one smidge DFA 1979, a couple of small pinches of The Jesus Lizard, with a dusting of Les Savy Fav, maybe a squirt or two of Giant’s Chair, perhaps a sprinkle of AmRep noise and you maybe begin to get an idea.

I’ve had ‘Matching Wounds’ off of ‘Stealth Beats’ in regular rotation since California emailed me the link and I can’t get enough of it.

The lyrics “did you run, did you pace, did you give up half through the race?” speak to me most directly.

And related to that, like, a ton, along side Jimmy James, and Demonika, on Saturday I made my way to the wilds of West Oakland for the finals for dfL’s eighteenth season ruining the race for everyone; Cutting through the early morning fog, we arrived and as bikecycle racer after bikecycle racer made the scene, it was clear that competition was about to be fierce. With a week of sickness and three days of killing myself slowly in Vegas under my belt, the imminent cyclocross styled athletic pursuit was sure to be an excruciating one.

When all was said and done, I flipped a bunch of my competitors off while cutting the course, stopped to pee and chat with Skotty Pause (not at the exact same time), and take a few of my own photos, all of which were horrible. From start to finish however, I got a couple which summed up the lives and loves of dfL # 18; 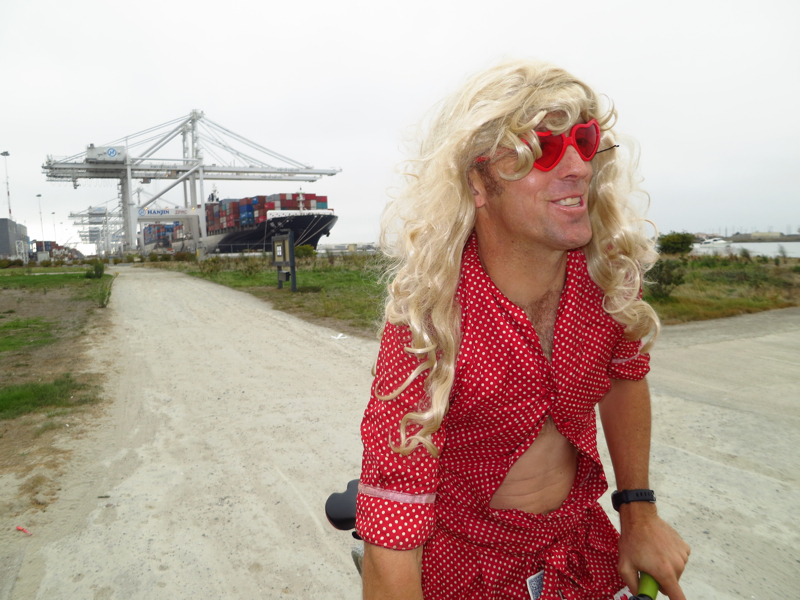 Papa Joe doling out the goods, and to the victors go the spoils; 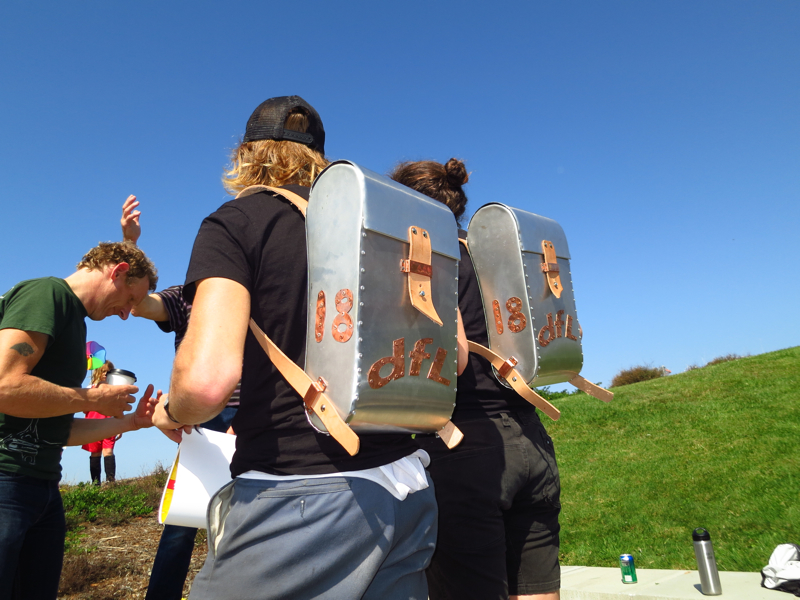 If you would like to see what it looked like to someone who knows how to use a camera and was actually there, to take photos, Miss Pamela’s images never disappoint; 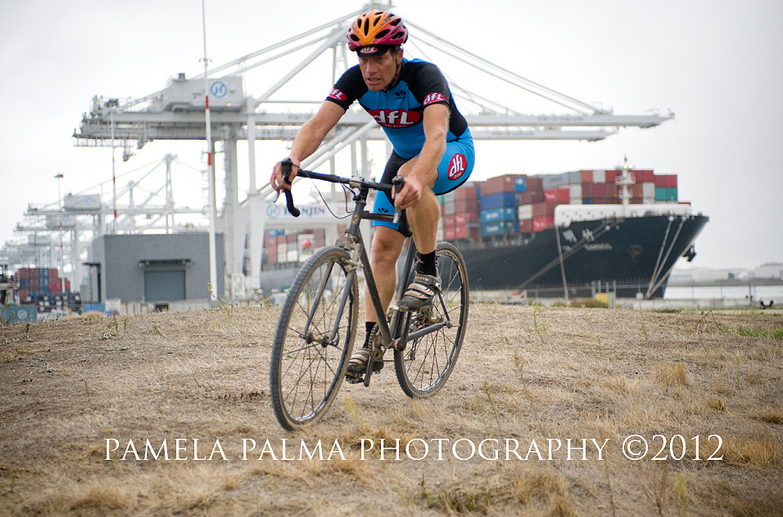 Finally, and in closing, Minneapolis West’s Velo Cult bikecycle store and cultural epicenter is offering up a safe and warm environment for folks to meet up and swap tales of their day’s battles after every race from now until the end of eternity with their ‘War Stories’ events; Though in my case it might be more appropriate to call it ‘fish tales’.

Either way, Sky Boyer and his bikecycle militia will be more than happy to serve up not only beers, and a whole lot of friendliness, but perhaps if you ask nicely, they’ll honor you with both sandwiches and confusion.

10 Responses to “Come for the sandwiches, stay for the confusion.”