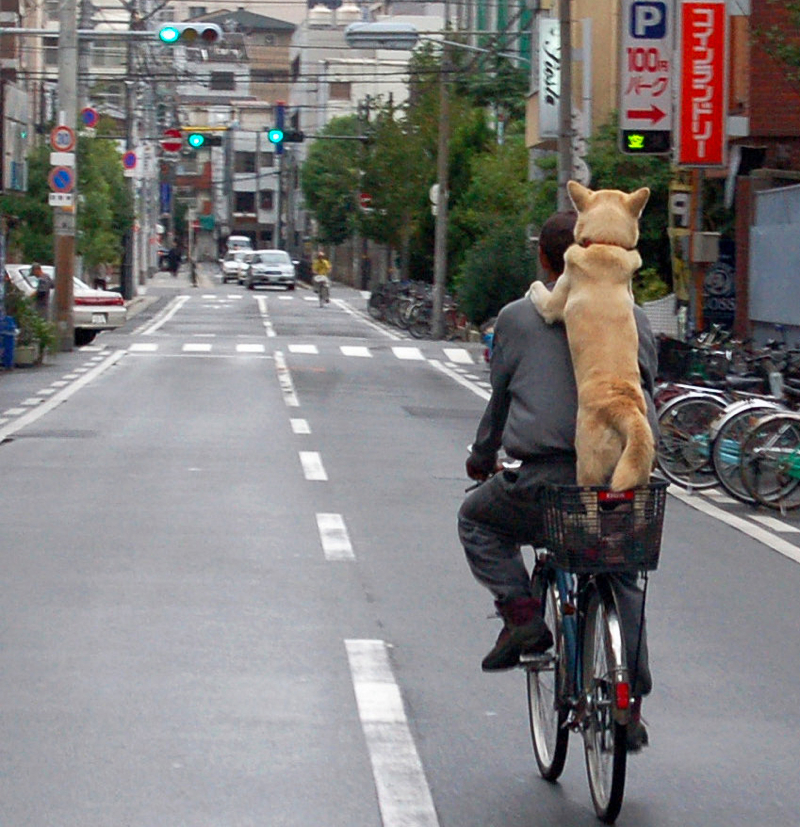 Hello there. How are we all today?
In my corner, I’m feeling stiff, sore and broken. Just the perfect combination of sensations to be experiencing as I broach the topic of pants. 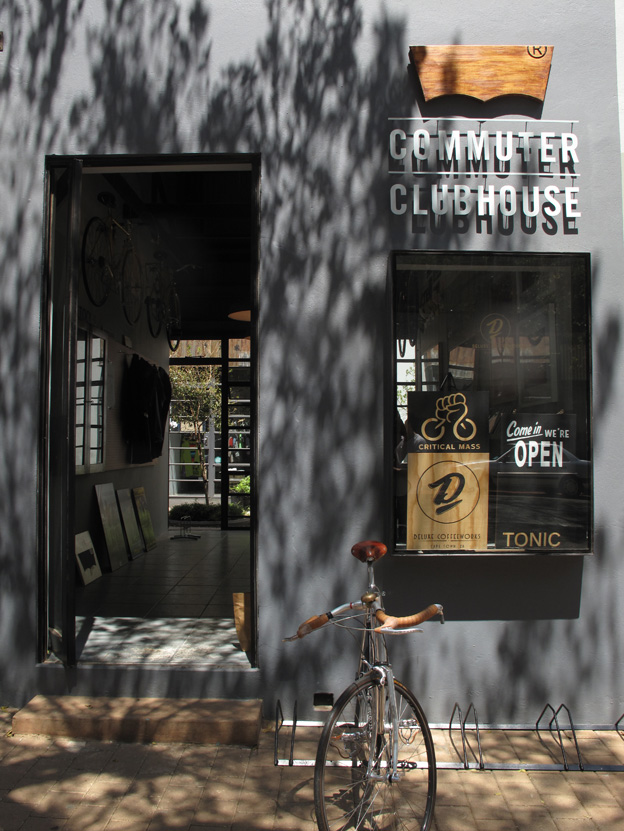 How about this? Just when I think I know about stuff, I come to find out about this place depicted above.
It seems as though Levi’s has gone and extended their commuter project beyond just pants, jackets and whatnot and opened a badass little boutique in Johannesburg. 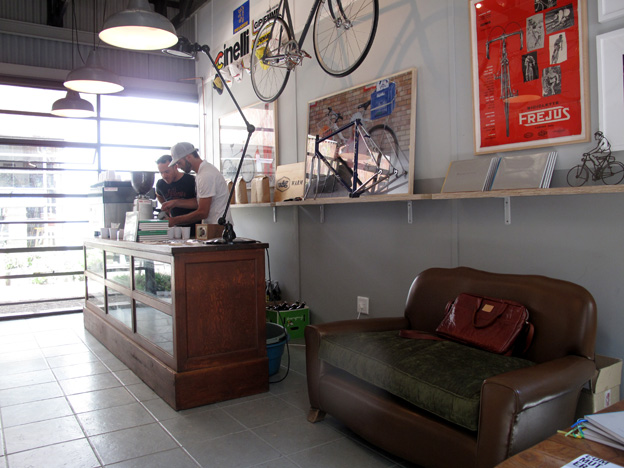 Who coulda guessed just a short couple of years ago, that the Levi’s line would have grown to such proportions? Even still, I don’t think they’ve gone so far as to include women’s cut jean yet.

And while we’ve not even really yet broached the topic of old dogs, this weekend saw the celebration of two in particular. One being my former compatriot at Swobo and namesake of their casual kickers, JMac, and the other being the only person I know who is more opposed to wearing shirts than Matt Pike, Mr. Mark Babus; 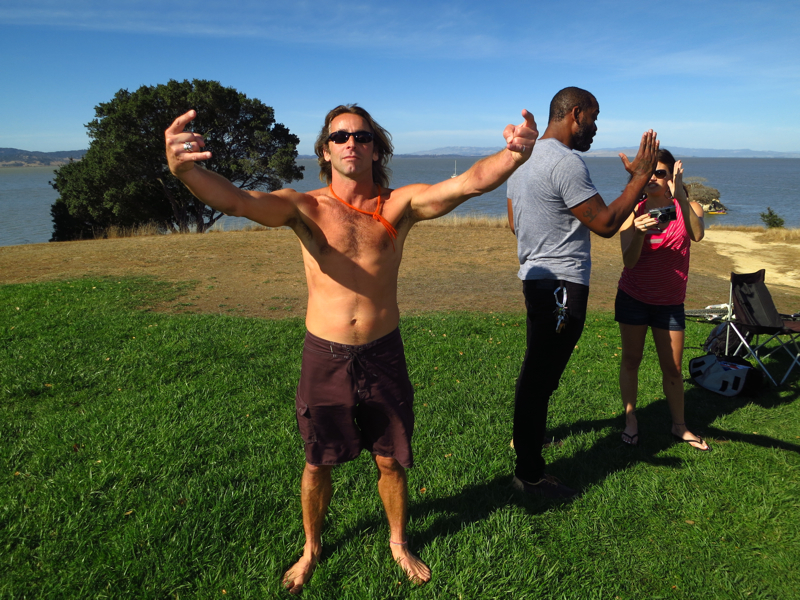 So to help celebrate the two, a number of us met up to ride bicycles and break bread this past weekend. It was a casual affair which resulted in a number of spilled beers and only a little spilled blood; 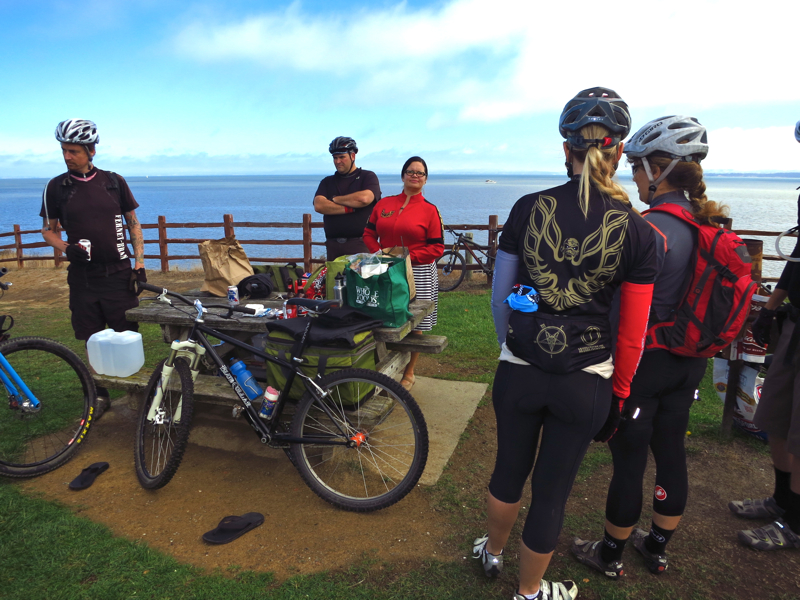 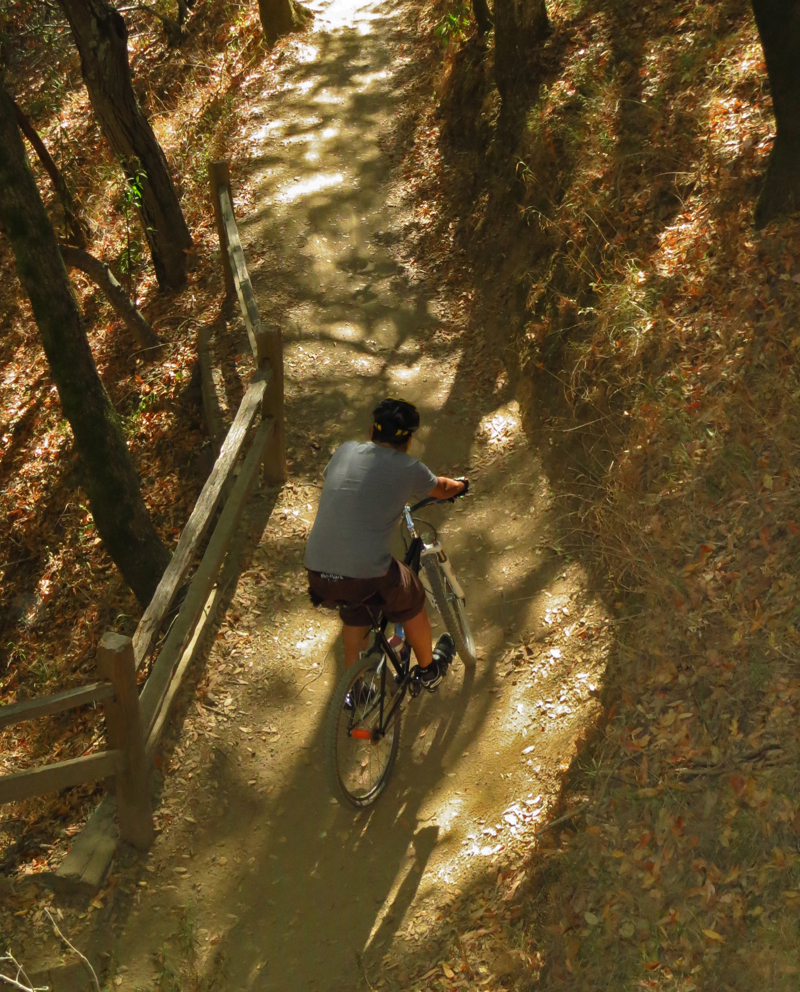 *Note the powder coated orange Paul hub. This was from a generation before they were spec’d on any of the Bianchi single speeds. That hub is as O.G. as O.G. can get.* 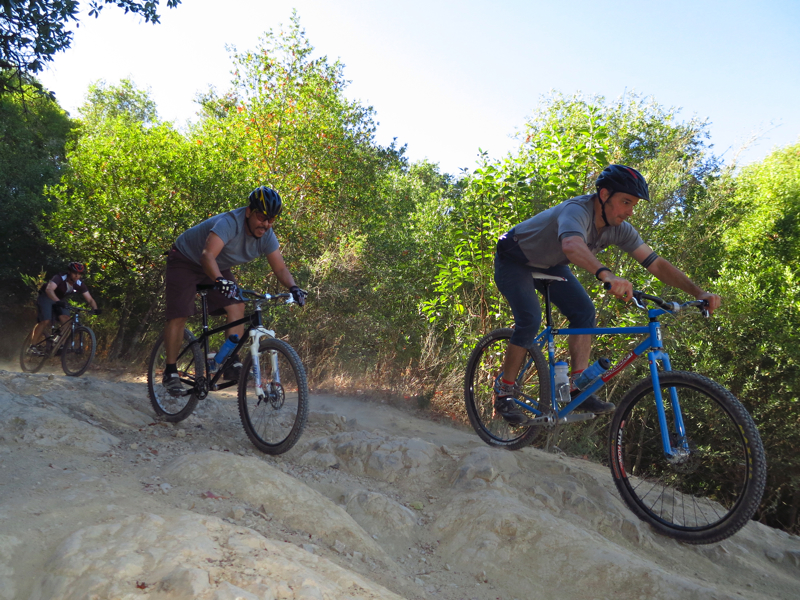 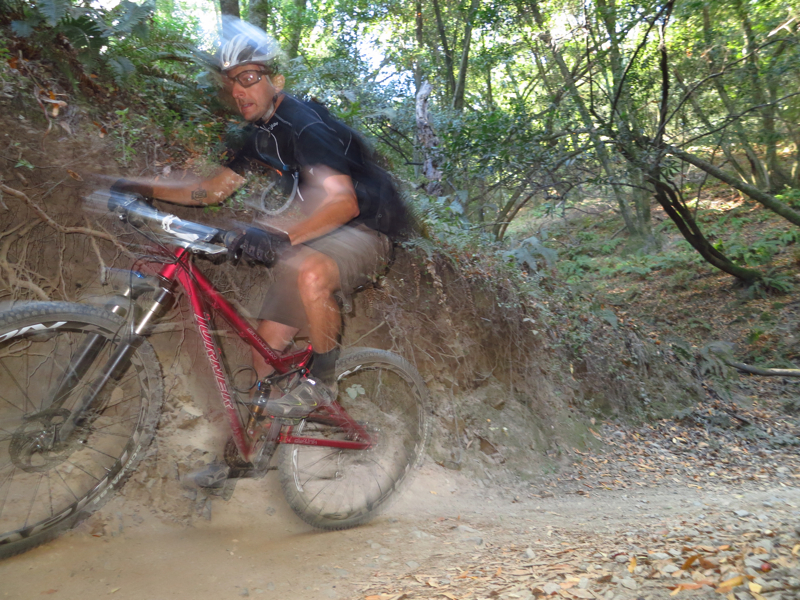 Once we had concluded with the rad getting, it was time to take on some of the aforementioned nourishment; 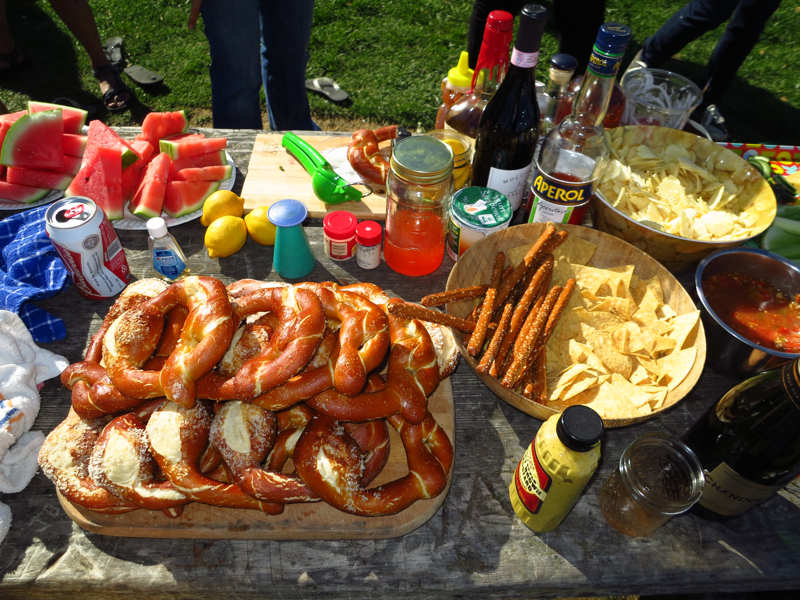 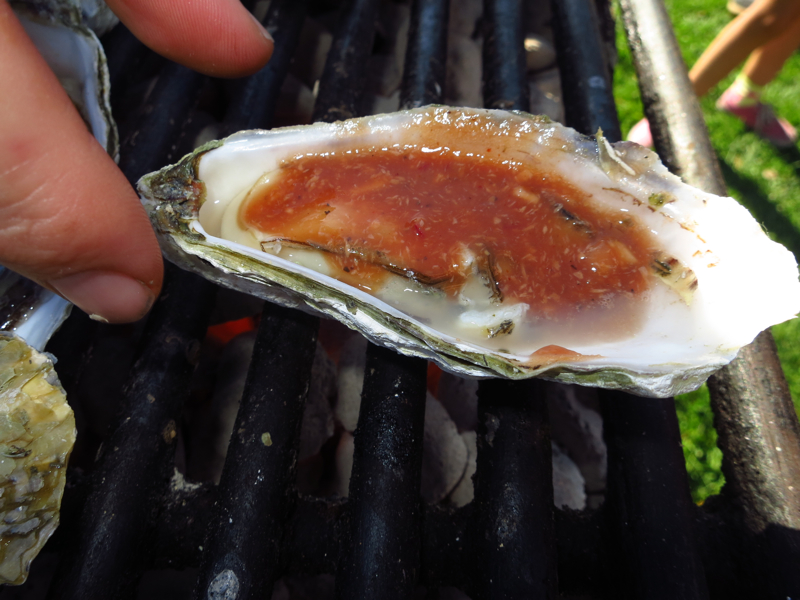 Friends from a collective eight decades between the two of them amassed in tribute; 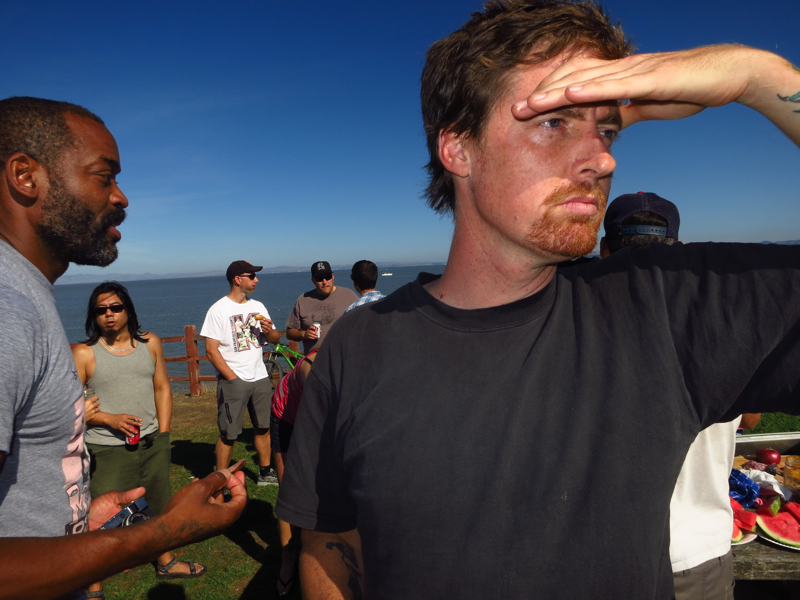 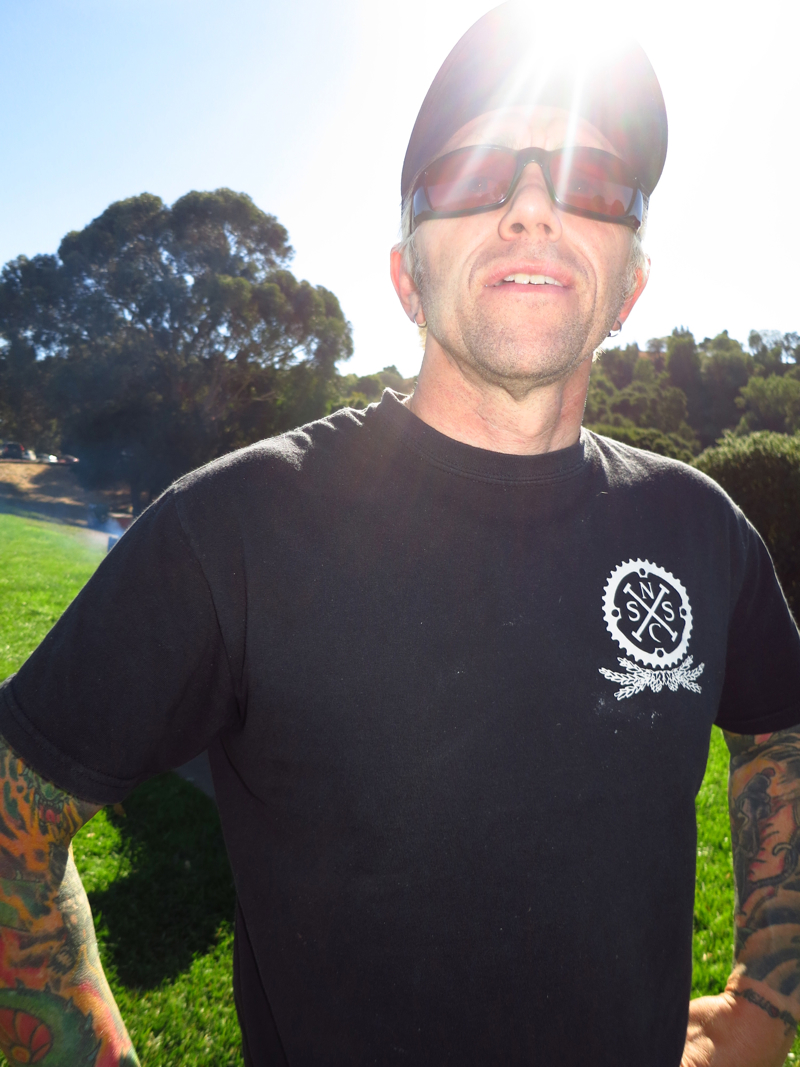 As did this little fellow (lady?); 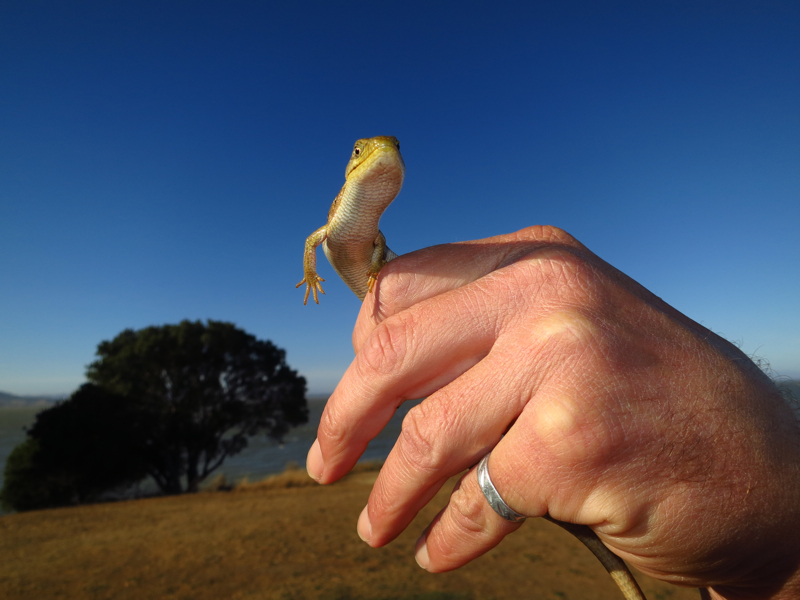 Then, in an attempt at taking the party to ‘the next level’, out of Big Dave’s bag emerged a case of 4% alcohol ‘Air‘; 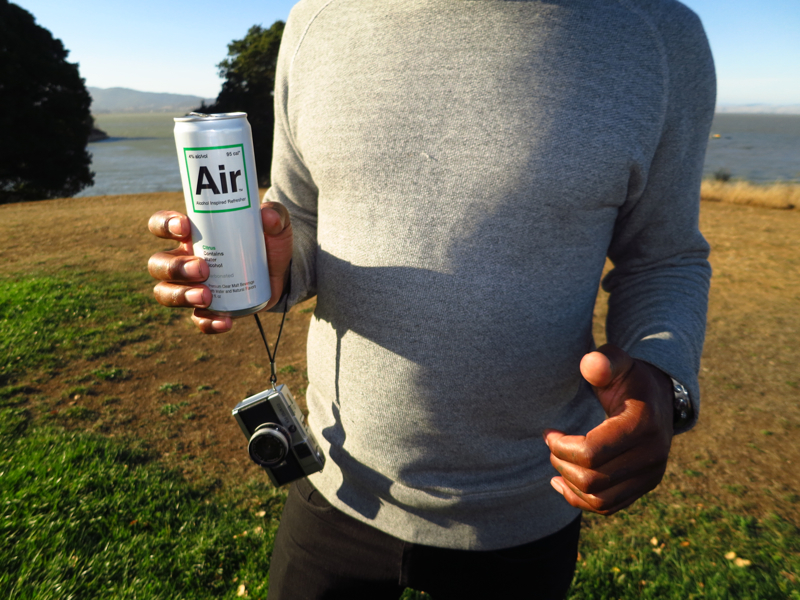 And I responded in the only way I knew how; It was a great day spent surrounded by even better friends, and to Babus and JMac I would like to take the opportunity to say that I’m happy that, forty five years ago, their parents were simultaneously getting busy.

With all of this being said, let’s get onto other matters.

Relating to the post I wrote about flyers, I have one more to put up that I recently received from Kurtz; Of course any and all who live in and around The Bay Area are welcome to attend, and if I were not scheduled to be traveling, I would certainly be there gunning for the ‘least appropriate costume’ award.

If by chance you would be interested in a larger version of this flyer for your own means, I have it located right over here.

In news of art that doesn’t suck, it was just yesterday when perusing the blurg of my old friend Jason Phillips, when I came across the following piece of flash that I love almost as much as life itself; It just so happened that this image which I hold so dear was located in the post retelling a story that I have told so many times, I have adopted it as my own;

ALL HAIL THE LEGEND OF NINOR! 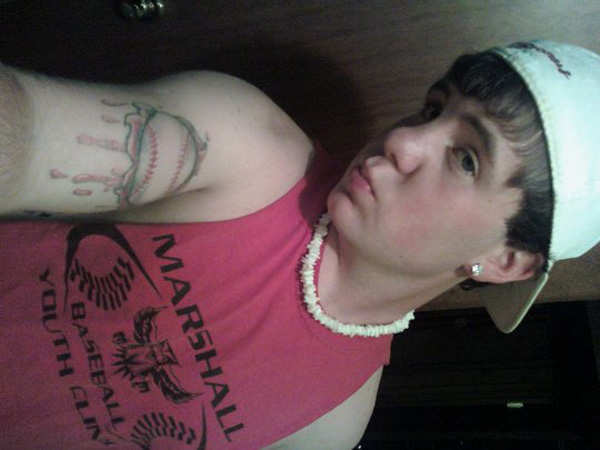 Taking into consideration that we can’t see his back, there’s no guarantee that this is in fact Ninor, but for all intent and purposes, let’s just assume that it is.

Shortly after this happened, Jason and Sean regaled me with this saga. I said that they should have told the young lad that he needed to hold a book up to a mirror if he really wanted his mind blown, to which Jason responded flatly, “I would have but I assumed any books he might have had were being used to hold doors open.”

Teaching Ninor that trick would have counted as one to rival those ever taught to any old dogs.