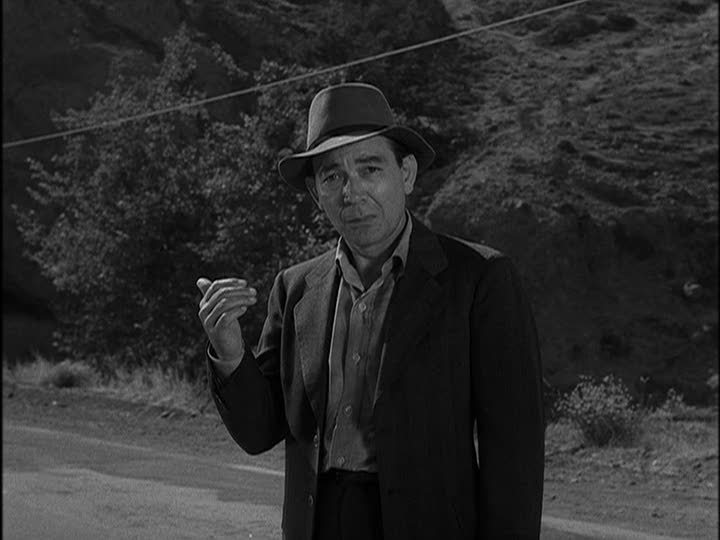 Image taken from the ‘The Hitchhiker’ episode of The Twilight Zone, which if you celebrated Thanksgiving between the years of 1980 and 1990, you’ve seen at least ten times.

It’s easy, assuming you have the right gear; 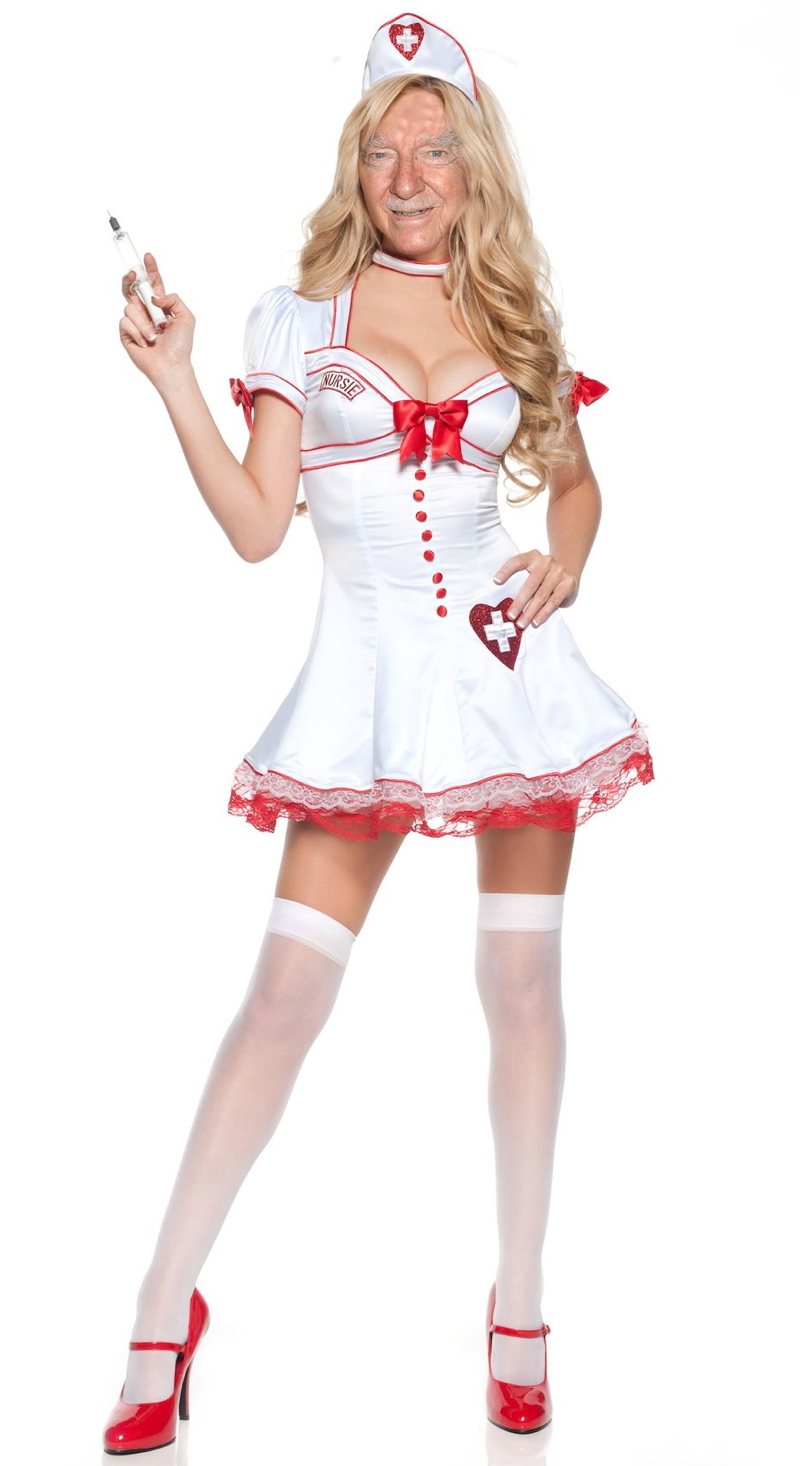 This of course implies that I have some plans this year other than sitting in a darkened house, eating fun sized bags of Skittles.

Though I might be doing some of that as well, the primary objective this year is to return to my home away from home of Portland East to attend ‘The Grate Annual (F)oamy Autumn Aufroad Festivus’. This event (formerly known as ‘The Homie Fall Fest’) is rumored to be in it’s thousandth year and since its inception has attracted such luminaries as a guy named Mike, Emily, (who breaks a bone every time she goes), me, you (if you’ve been) and even JPHNH. 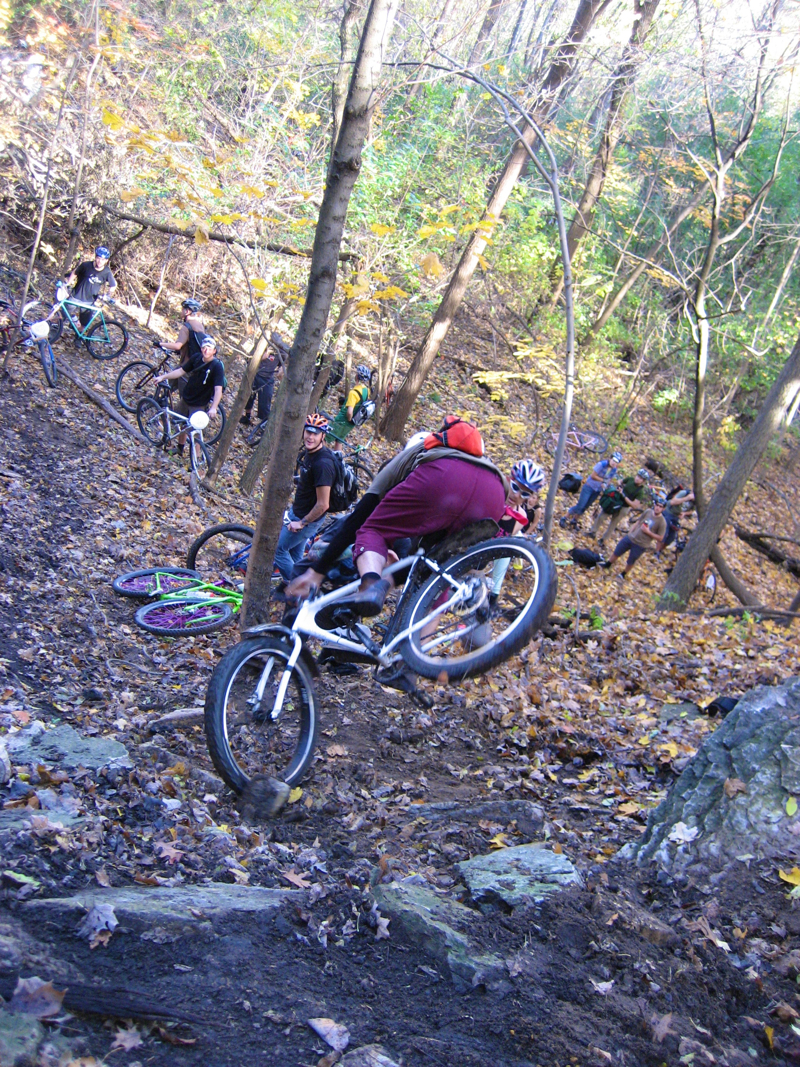 Especially come the end of the evening; 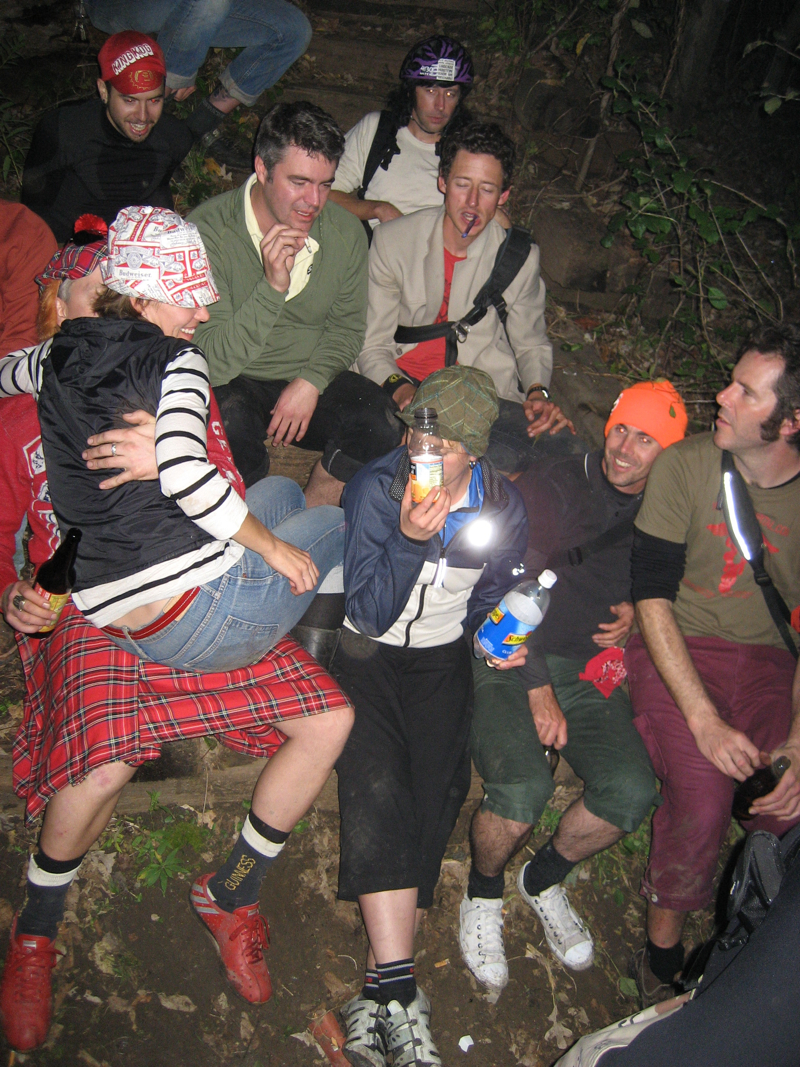 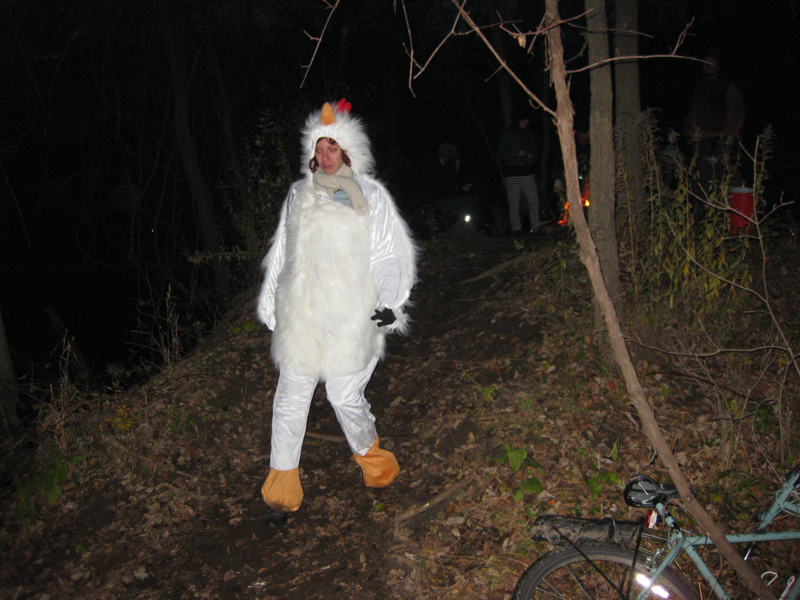 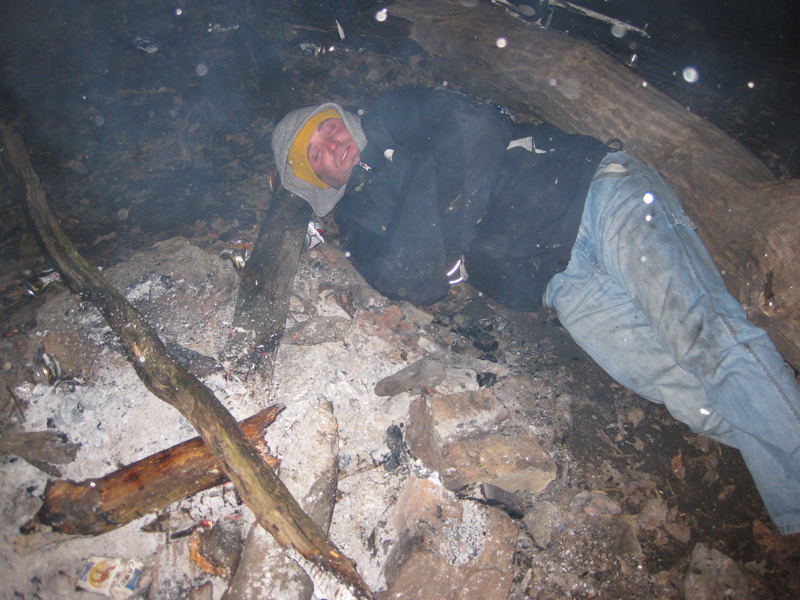 If you choose to go, the rules are simple. Ride a bike with one gear, and don’t be a dick.

Then, the following day in place of the now defunct Powderhorn Cyclocross Race, Bike Jerk Jeff from Maximo Supremo residents All City Bikecycles has another edition of his Bandit Cross race taking place; 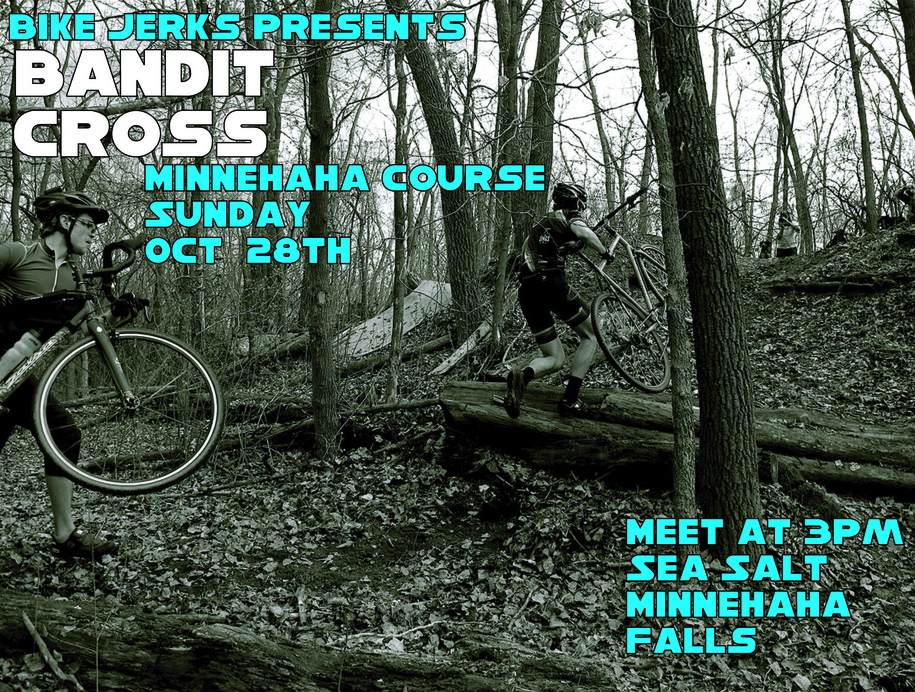 What? You’ve not heard of the Bandit Cross series? As hard as that is for me to believe, allow me to provide you with an easiy digestible education;

The rules for the Bandit Cross races are exactly the same as those laid out for the (F)oamy with the exception that you don’t need to ride a one speeded bikecycle.

The other one still applies.

Ifin you can’t get enough of Bandity types of activities, the angry cats at Angry Catfish are hosting a screening of the full length aforementioned movie later that evening; 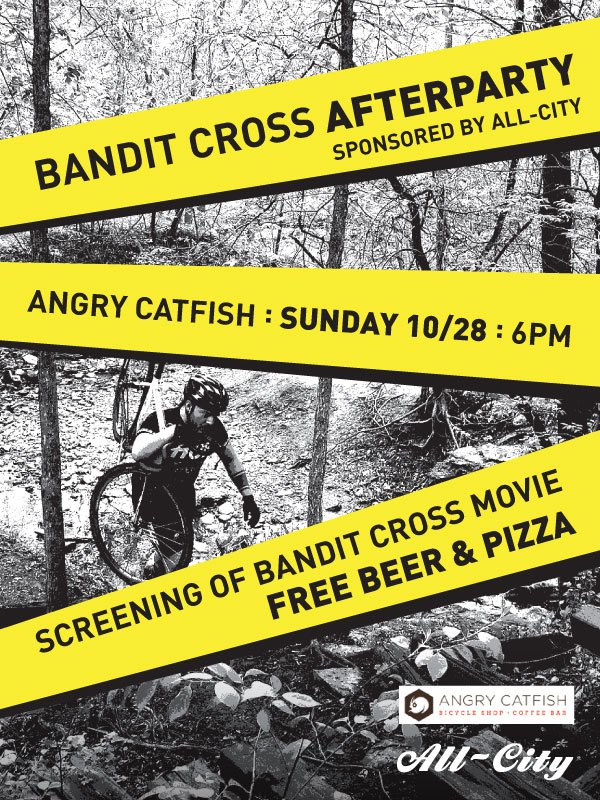 Be advised, though pizza and beer will be provided, you’ll need to supply your own Jujubes.

Speaking of Bandits, and people being dicks, (that would be me, not the good folks at All City or Angry Catfish), last week I made the bold declaration (in CAPS no less) that the highly coveted AHTBM Bandit woolies were set to begin shipping on the fifteenth of October. After repeated attempts to gain a third confirmation from Earth, Wind and Rider on this, I received an email on Monday stating that they actually shipped from the factory on that day and should be landing in New York this week. I have sent off a final payment of over four thousand dollars to them and now wait with nervous anticipation that each of the jerseys will soon be arriving in the hands of those who ordered them.

Again, I apologize for the wait, but am hopeful that their sheer awesomeness will make up for it.

Now that winter is officially here, their coziness can’t come too soon.

Of course, with winter comes cyclocross styled athletic pursuitests all jockeying for position to be the fastest in their respective lands, and hoping to enjoy the fruits of victory. Even if a premature enjoyment of some of those fruits results in losing the race, as illustrated in this photo shot at this past weekend’s Spooky Cross race that was sent to me from HW Jeff; 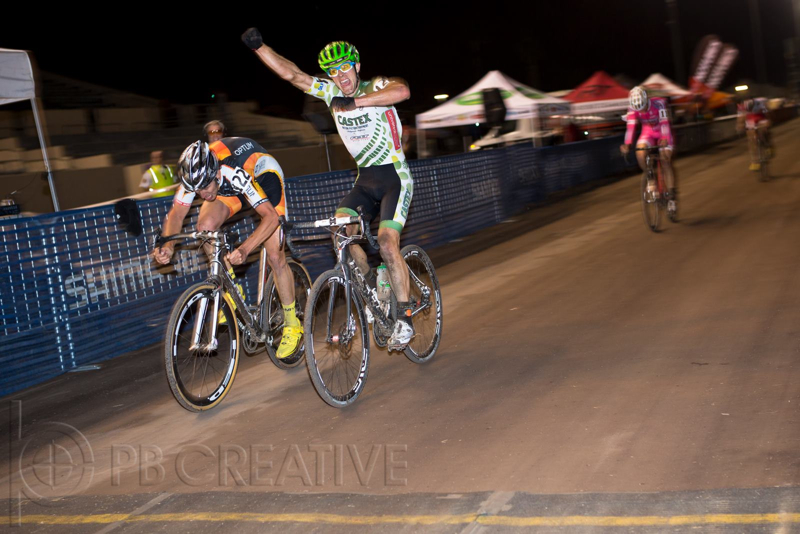 Not taking a brief look back and keeping a firm grip on the handling bars until the fat lady sings can sometimes be a tough lesson to learn.

It’s easy for me to say however, as one who has never once, in all of my years of racing, won anything. This fact fuels my fire however, when I take any opportunity I have to throw down the most explosive and heroic final sprint I can, even if (and especially when) I’m closing in on the line with someone against whom I’m not even racing. I might not win the battle, but to this end, and in my mind, I can consistently win the war.

In news of industry stuff, in response to my request for specifics regarding their new hubs, Jono from Paul Components came through with the entire skinny, and then some;

We’ve been working on a cassette hub for years, but the trouble has always been the driver mechanism. But this year we started making some prototype hub using a freehub built by Industry Nine and they have worked out really well in testing. So we’ve partnered with I9 for our cassette hubs. Their freehub drive mechanism with our hub shell and axle. One small machine shop in North California falls in love with a part from another small machine shop in North Carolina and bam, a hub is born.

Their freehub has a huge ratcheting mechanism (that’s the bulge just to the right of the center of the hub);

-with six pawls in it. They’re set up so that there is only 3 degrees between engagement points, so it feels like there’s no delay at all when you start pedaling. It also makes a bitchin buzzing sound when you coast. We’d say it sounds like angry bees, but I think we might get an angry letter from King.

It’s also pretty simple to pull the hub apart and clean/re-grease/overhaul the ratchet. And while you’re in there you can remove 3 of the 6 pawls to make the hub lighter, quieter, and have lower friction when coasting at the cost of having 6 degrees between engagement points instead of 3. So it’s serviceable AND can be tweaked for different characteristics.

As far as the rest of the hub goes, it’s pretty similar to most of the others we produce (aside from the crazy width). It’s got a precision turned aluminum hub shell with widely spaced high flanges for a strong build. Sealed bearings and our adjuster ring make for quick-and-painless adjustments if ever needed, and the oversize aluminum axle is designed to overcome the increased loading associated with wider spaced dropouts.

The Disk RHUB 170 is the first of three cassette hubs that we’re releasing, the other being the RHUB and Disk RHUB. We chose to produce the 170mm wide fat-bike hub first because we think those snow bike riding weirdos could use a little positive reinforcement. Also, Paul had a Mukluk frame he’d been itching to ride.

I think that about sums it up. Let me know if there’s anything else you’re curious about.

Also, here’s what Kate and I were working on this afternoon. Do you think it’ll be enough? The trough is about 10 feet long“; 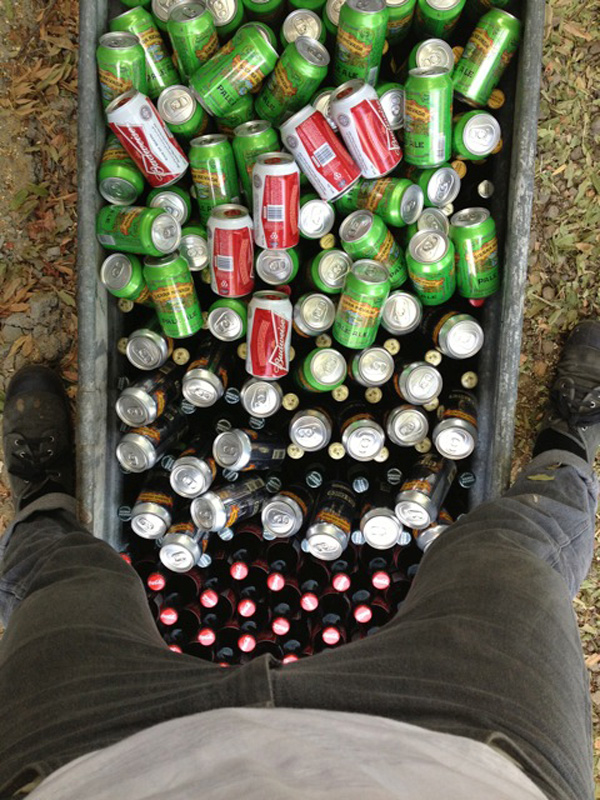 Jono sent this email to me just before Paul’s ‘Meet Your Maker’ ride, hence the tub of beer… Unless that is a standard daily operations at Paul Comp. H.Q., which actually wouldn’t surprise me that much. It is nearly to a fault that hey are committed to proper hydration.

Anyway, the new hubs are truly a thing of beauty, and I’m excited that an independent brand has taken on the unenviable task of producing such a thing. Perhaps if you or yours find yourself in the market for such an item, you’ll keep Paul in mind.

Now, before I take my leave, insofar as my own business operations are concerned, I would like to mention that I just picked up a brand new run of the AHTBM ‘Ike Lee’ shirts from my friends at TnT Screen Printing; 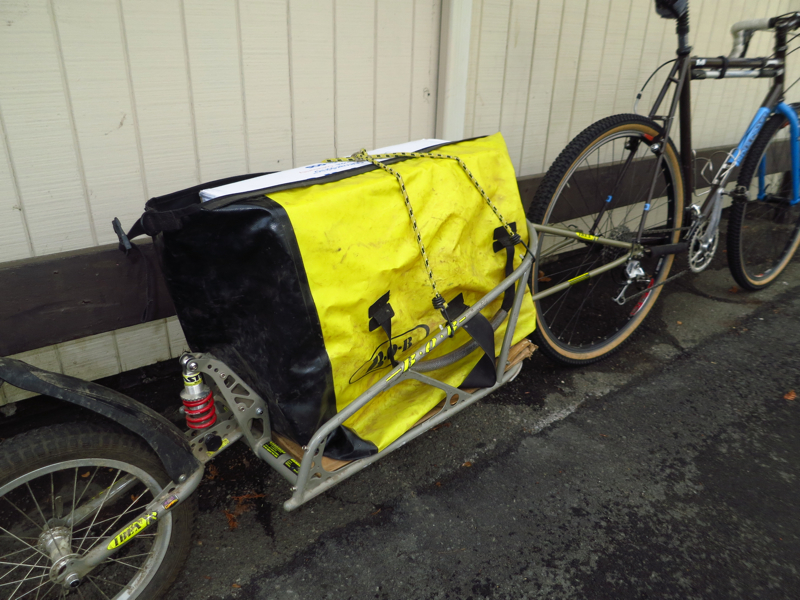 That box right there? That weighs somewhere in the neighborhood of 100,000 pounds. It doesn’t look it, but I swear on my Geibel.

German literary figures aside, I got them for almost every size and body type with a selection of small,and medium,and large, and even extra large. 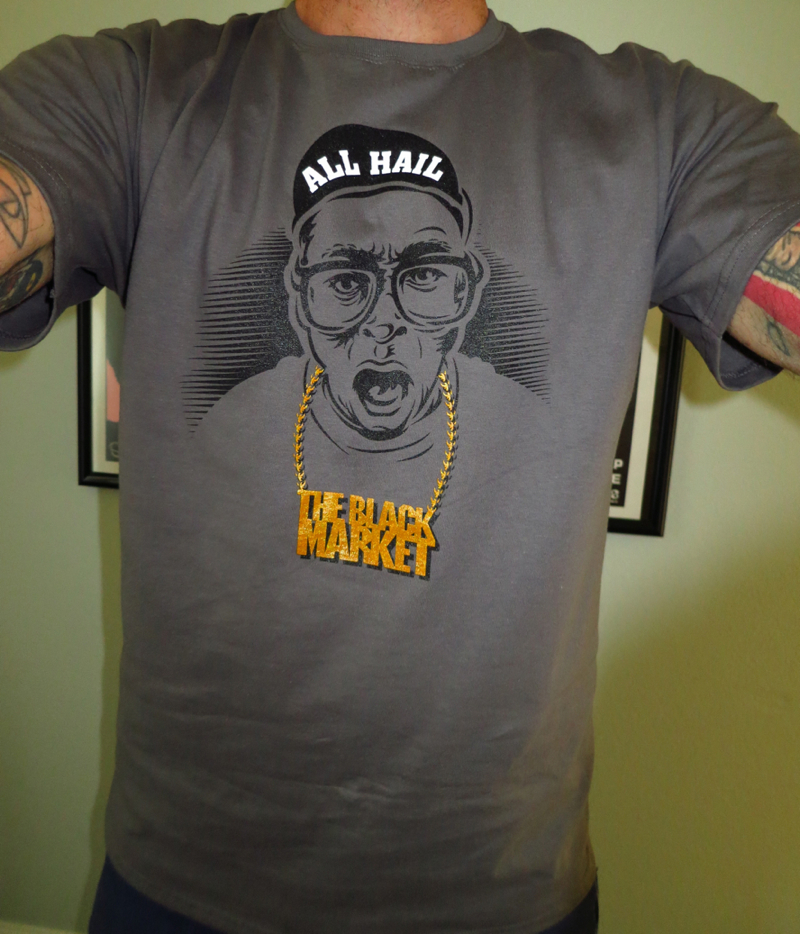 I would like to hope that it would be a popular choice this year.

10 Responses to “Until next time.”