How many hump days have we shared together? By my count, 312, give or take a couple. As the sun is rising on a new one, and the old president is again the new one, let’s drop the needle and turn up the volume on 313 or so.

From Papa Bruce Gordon I received an email correspondence regarding a bicycle ride which he’s got planned that if you are within hollering distance, you are invited to join;

“Yo Stevil,
Mike Varley of Black Mountain Cycles in Point Reyes Station and I have plannned a group ride on relatively short notice.
As a result it is called “The Short Notice Rock ‘n Road Tire Shameless Self-Promotion Ride”. It will be a ride starting at 9am on Saturday November 17th at Black Mountain Cycles in Point Reyes Station. It is meant to highlight the versatility of Monster Cross bikes. It will be half on road – half off road. 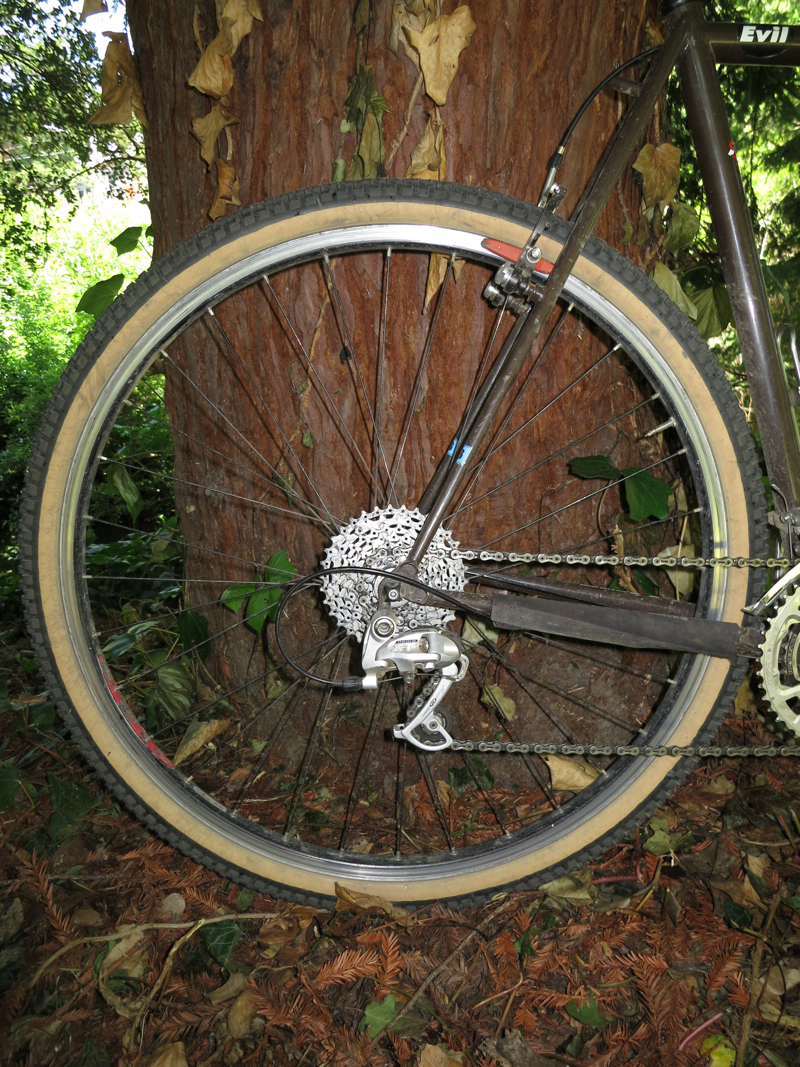 I hope to get as many local framebuilders to show up and show their Monster Cross or 29er bikes.
Mike and I will have blogposts up tomorrow to get the word out, but we are writing you to let you know and hopefully get the word out to your friends.

So there you go and now you know.

Interestingly, just before I got this email from Bruce, I received the following from photographer of the stars, Mr. Bob Croslin;

“Got my rock n rollers from Bruce and mounted them on the CX bike last night. Went out this morning with some friends to ride and within 30 secs of being on the trail I went over the bars and landed on my shoulder hard. I figured I dislocated my shoulder so I went straight to the ER but after x-rays they say that it’s just a severe contusion and I’ve torn a bunch of muscles.

Turns out fat tires on a CX bike are no substitute for a fork with 120mm of travel. I’ll be shooting a job this entire week with my arm in a sling; So to summarize, I’m a dumbass.”

It looks like Hugh Hefner over there on the right is very amused by all of this.

Bob’s experience with the Rock n’ Roads shouldn’t necessarily be considered the norm with Bruce’s new skins, but it should stand as a testament to the fact that they provide you a confidence that your standard cross tire does not, which clearly sometimes (or at least in Bob’s case) has the capacity to be a bad thing.

Speaking of schadenfreude-esque experiences while aboard a bikecycle, Bill sent me this image on Monday at which I know I shouldn’t laugh, but I am. A lot; 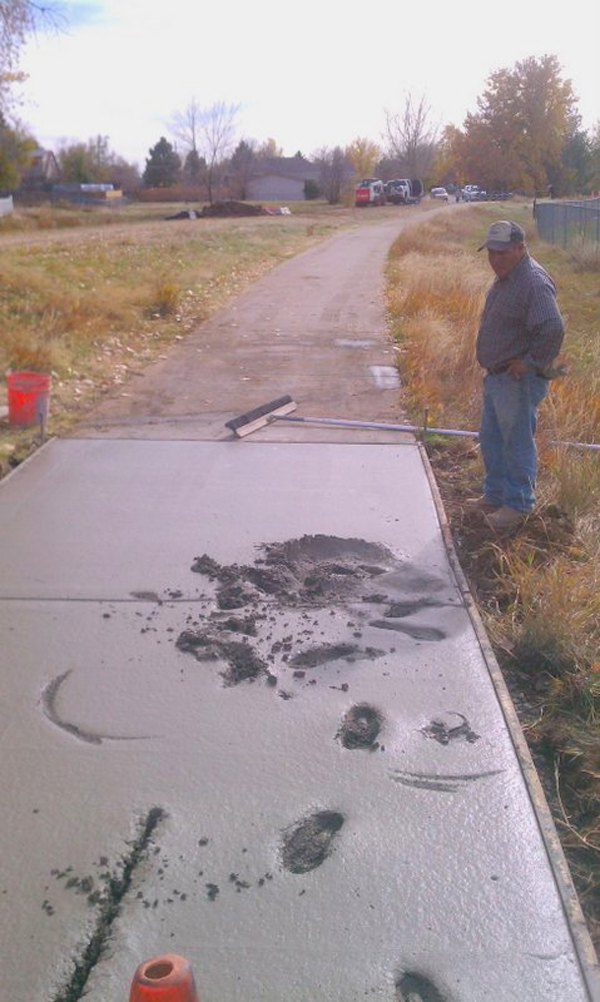 Even though the shot is worth well over ten thousand words by itself, he elaborated on it a bit just the same;

“I’ve known Boots for a long time, he’s experienced in all sorts of cycling conditions, now including wet cement;

There is pending legal with the construction company for not taping off the pathway or giving any type of warning so please be gentle.

I am never not gentle. Or at least I’m more gentle than a slam into wet cement.

In news of companies that have existed, gone dark, existed again, hired me, fired me, gone dark, and then rebooted only to finally flourish, everyone’s favorite little company that could, Swobo has got a pretty sweet promotional deal happening through the month of November.

Go there, place an order, enter AHTBM in the little coupon code dealie and get free shipping.

I mean, maybe you’re the sort of person whose primary problem is dislodging gold coins from your nether places after swimming in your Scrooge McDuck pool full of money, but for the rest of us, getting a little periodical monetary Scooby Snack™ is pretty sweet.

Finally from Kyle at Chris King Precision Components, I got a heads up about a new color run that Price would be stoked about, but my grandfather would not because he hated purple. Something about a rather large and heavy handed woman who always wore the color and forced big, sloppy kisses on him as a child.

“Stevil.
Yes it has happened once again. Purple is back. Put the bruise on your bike my friend. Badge of honor and some mean magic. How the heck is the east bay? Things have turned wet in a hurry up our way. FUDGE.

Hope this finds you doing all you can to be you.
Kyle

Beginning on the first of this month we will be offering a limited selection of Purple anodized components;

The order window is limited and open from November 1st through December 10th. Details are listed below.

The first bike shop I worked at had a customer who was this middle aged fellow. He wore doo-rags and had a ton of really fancy bikes. The rumor was that he fell into an open elevator shaft and won a huge amount of money in the resulting legal settlement. Every single one of his bikes was absolutely dripping with random purple anodized parts. When I first saw and began working on them I felt a touch of lust, until I realized they spent more time hanging in the shop due to mystery creaks and his own neurosis which every time he came in was heaped upon me by the shovel full. Much like my grandfather’s wariness with the color, I too have had my feelings tainted.

I lived through the early 90s and the days of people adorning their bikes with every manner of colorful aluminum. With the exception of black, if I never see another anodized bike part, I’m cool with that.

But I understand that customization is king, and the kids are going bananas for this sort of thing nowadays, so obviously my curmudgeonie ways are mine alone.

I’ll be the first to admit that my gripes share a common quality with those of a skipping record.