And who among us don’t like some fun stuff? 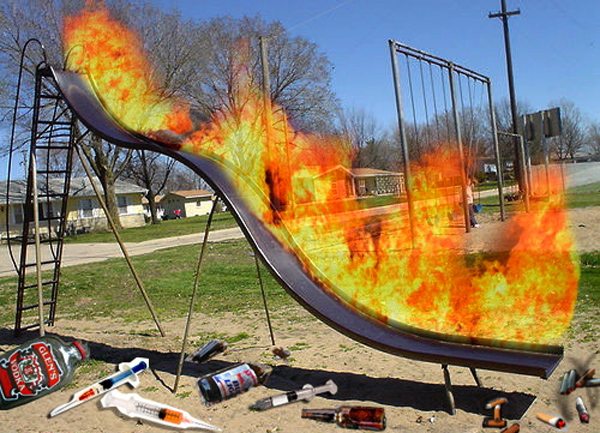 Before the proverbial ink even dried on Monday’s post, I wound up with an inbox so chock-full of fodder that I had to rename my email account ‘The Good Times Express’. So as to not waste any time, let’s get right into the action.

A few times over the last year or so, I posted a teaser for the mini documentary All City Cycles produced, but now after many months, the full length is available for public consumption.

Kick off your shoes, pop some corn, crack the seal on your beverage of choice, and take in the sights and sounds of ‘Ruining It For Everybody’;

Who would have thought that back when those words were originally blurted at me, it would eventually become a war cry for the disenfranchised and no-goodniks alike?

Why, it was just a month and a half ago when I got first hand experience with my inaugural Minneapolis Bandit Cross race. Though I was late, and stopped several times to document, I had a positively blissful time just the same. I whole heartedly encourage anyone who can find themselves in Portland East’s loving bosom to check one of these out for themselves. Barring that, get some friends and throw one of your own.

If a derel like Jeff, or worse, San Francisco’s dfL (for eighteen years running, donchaknow?) can put them on with some semblance of consistency, assuredly any of the bright minds who regularly come to this site can do the same.

I enjoyed this piece so much that I later reprinted it in one of the old ‘zines I used to make. (Remember, zines were blogs before ‘blog’ was a word.)

After engaging in some lighthearted electronic backs and forths on the matter recently, I decided to go back into my archives and pull the piece out for old time’s sake. Read on, enjoy, enact, and don’t hold me responsible for when things go pear-shaped; 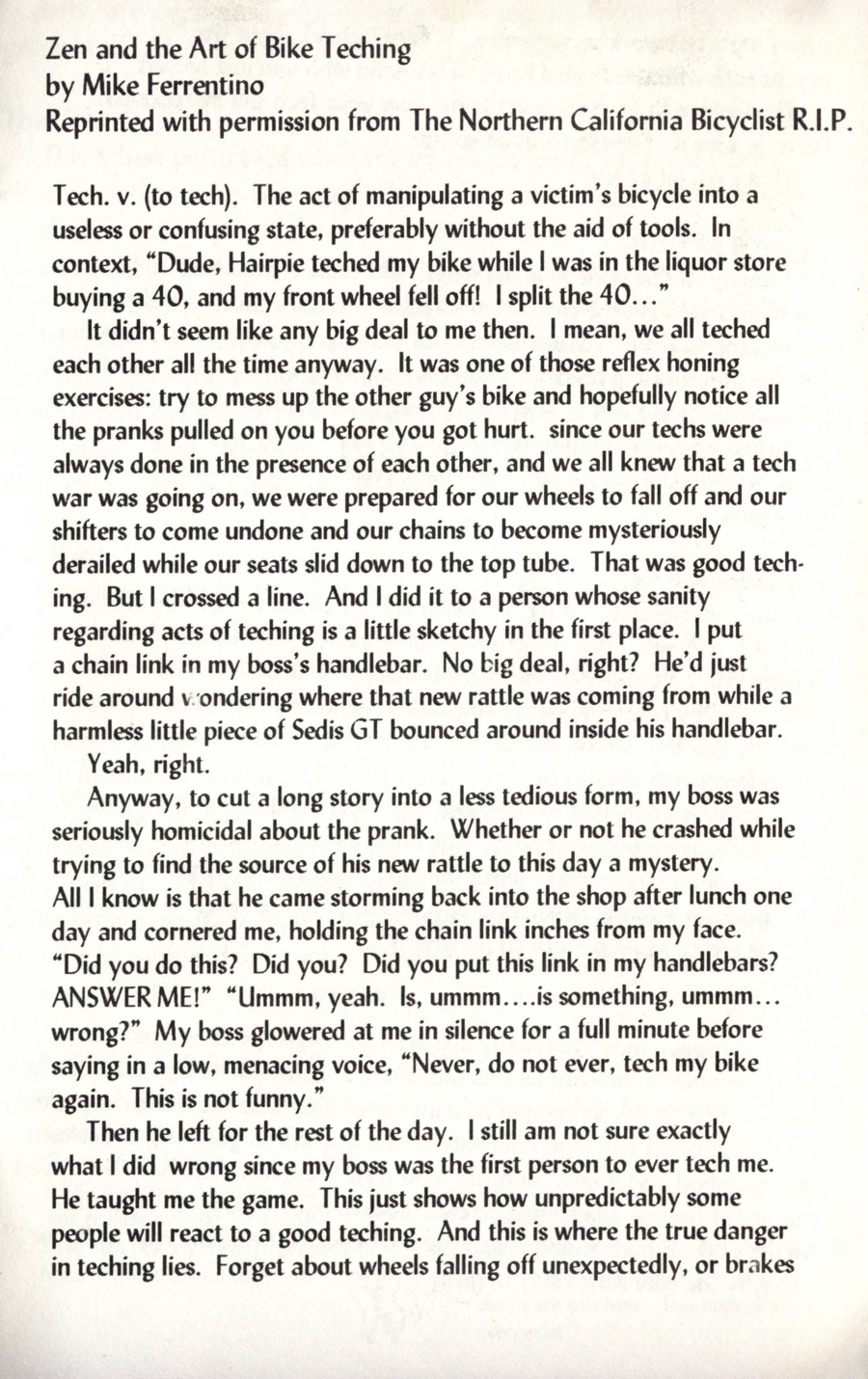 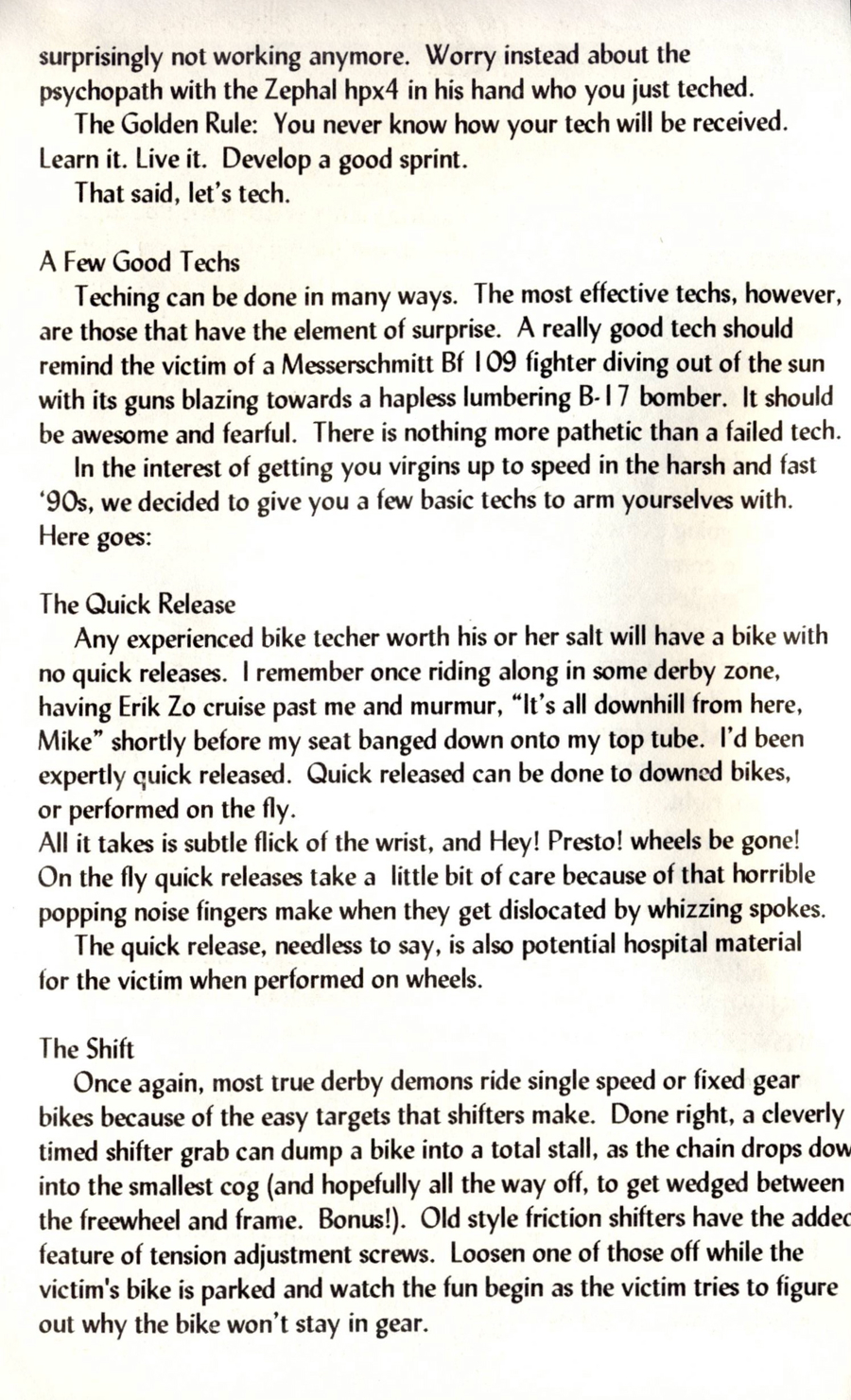 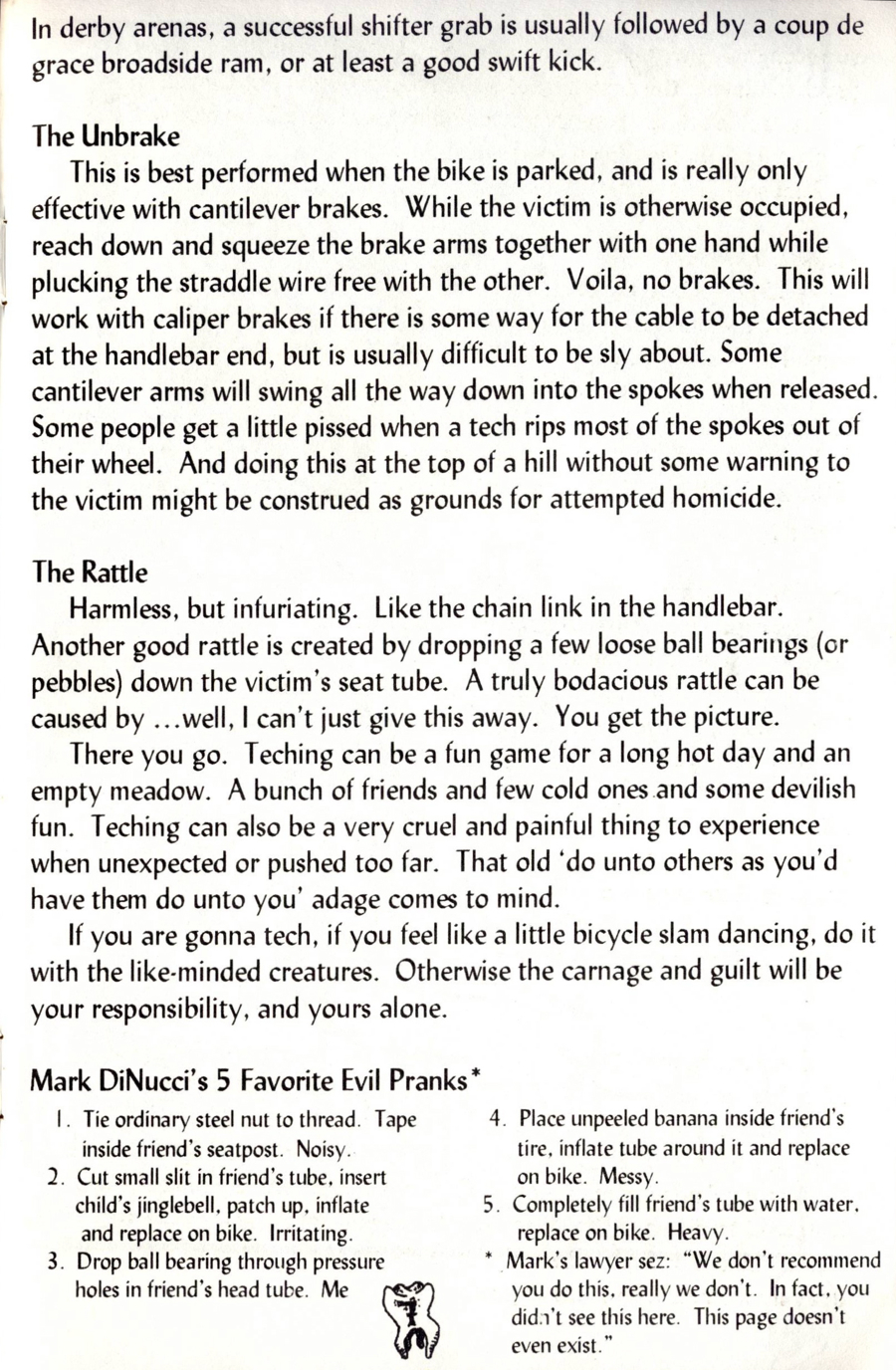 I’ve done all of these at least once and in some instances, two or three at a time. And as far as Mark’s list down there at the bottom goes, the Thompson seat posts are actually tailor made for the nut on a thread trick.

I’ve even gone so far as to create an easy to understand graphic; 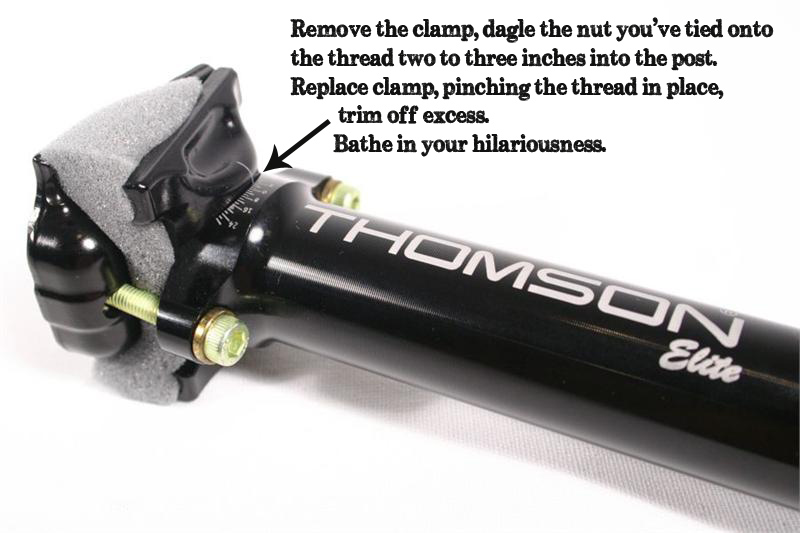 I’m reasonably sure that one made a little blond guy I used to work with cry one time.

Then again, I eventually got mine when in the midst of a race, the faceplate on my stem gave up the ghost after one of my co-workers had inadvertently cross-threaded it upon fixing a tech I busted them in the middle of enacting a few nights earlier.

As we carry on to other matters, and getting back on the topic of Monday’s post, Misanthrosteve forwarded me a video from Gorgoroth, which of course was the former project fronted by Gaahl, who shortly after he came out of the closet, I paid tribute to at the second SSCXWCZzzzzzz….; 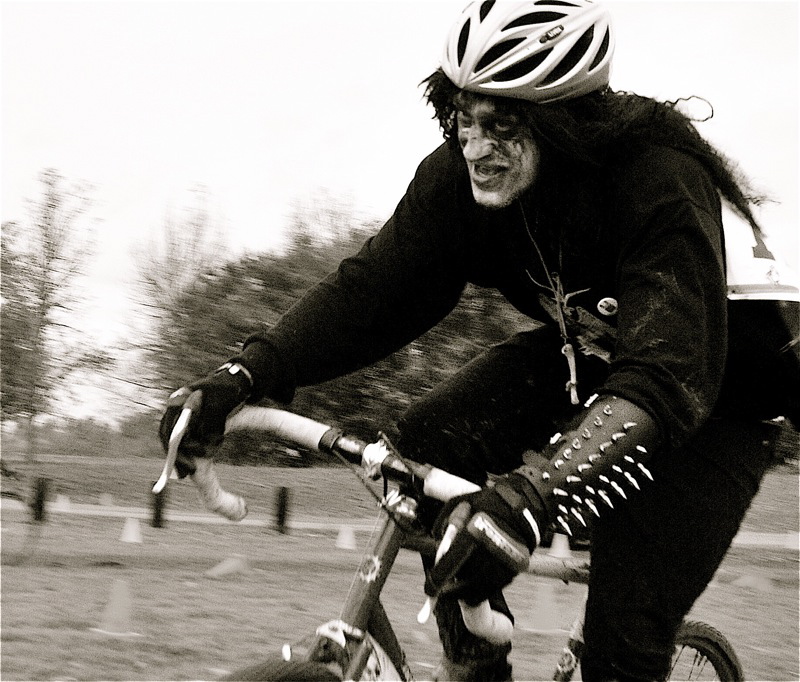 Photo courtesy of Brujo
Anyway, he is an intriguing character to say the least, the video is worthy of your attention;

Even though it’s not a flaming slide surrounded by an array of favorite vices, it’s still pretty damn fun.